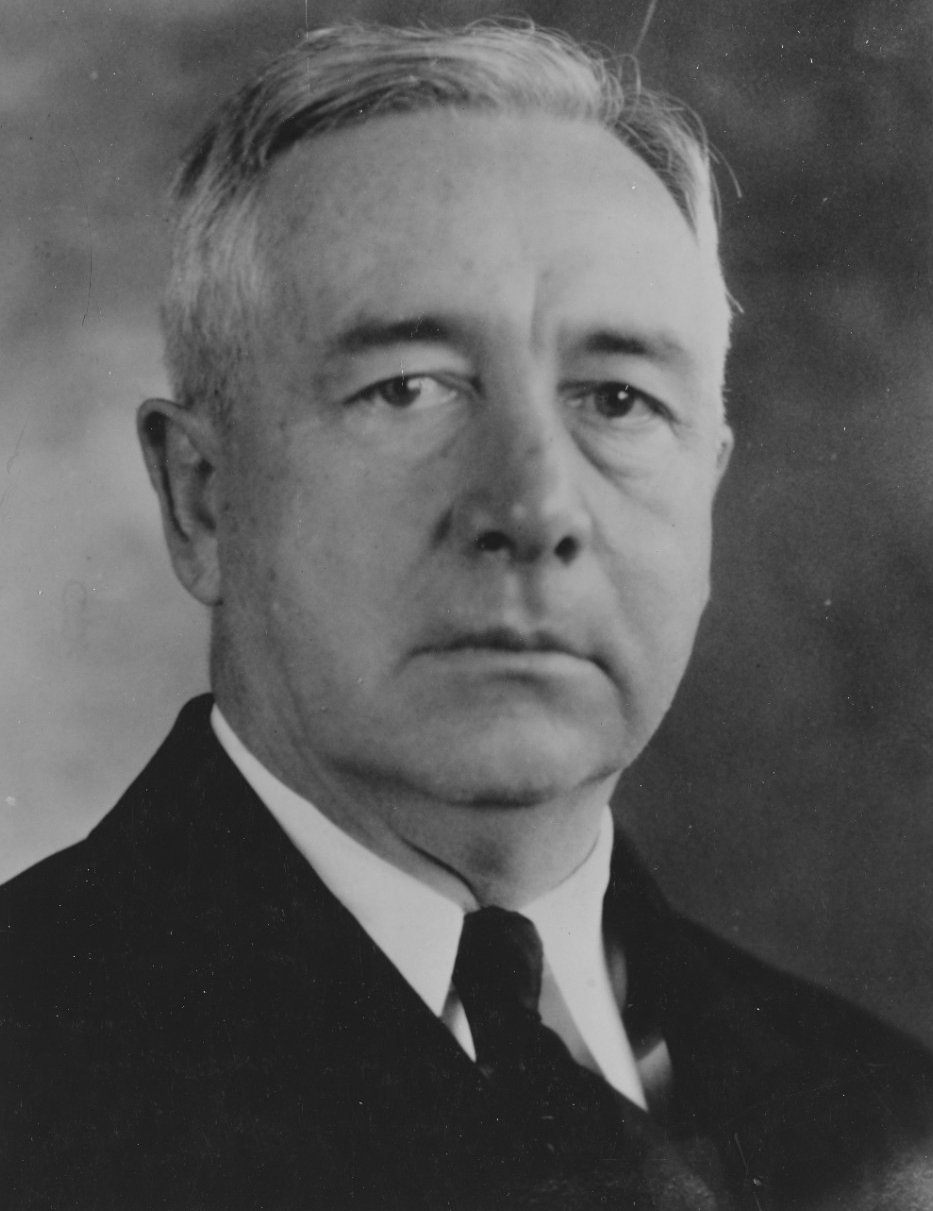 Rear Admiral Allen, born in Scranton, Pennsylvania, 11 March 1885, was appointed to the United States Naval Academy, Annapolis, Maryland, from Pennsylvania in 1903. Graduated with credit and commissioned Ensign in June 1907, he subsequently was promoted as follows: Lieutenant (junior grade) 7 June 1912; Lieutenant 29 August 1916; received temporary promotion to Lieutenant Commander and Commander during the World War, and was commissioned in those ranks 1 July 1919 and 27 December 1923, respectively; Captain, 1 September 1934; and Rear Admiral, 20 October 1941.

After graduation in 1907, Rear Admiral Allen joined the newly commissioned battleship Minnesota, which made the World Cruise with the Battle Fleet in 1907-1908. He had duty with the Navy Rifle Team in 1910-11, and after duty in connection with fitting out USS Florida, he served in that battleship from her commissioning, 15 September 1911, until 1913. The following year he had duty in the Bureau of Navigation, Navy Department, Washington, DC. He then had consecutive duty in USS Montana and USS Tucker, and after duty in charge of fitting out USS Sultana he assumed command of that converted yacht on her commissioning, 27 May 1917. He commanded that ship while operating with Patrol Squadrons based on Brest, France, during the World War, and was later transferred to command of USS Wakiva. On 22 May 1918, this converted yacht was sunk after a collision with USS Wabash 20 miles south of the Ile d'Yeu in the Bay of Biscay. For his services in command of these two ships during the World War, he was awarded the Navy Cross with citation as follows:

NAVY CROSS:
"For distinguished service in the of his profession as Commanding Officer of USS SULTANA and later USS WAKIVA, engaged in the important, exacting and hazardous duty of transporting and escorting troops and supplies to European ports through waters infested with enemy submarines and mines."

In 1920 he completed the course at the Naval War College, Newport, Rhode Island, and thereafter had duty with the Torpedo Tactics Board at that college. After duty in the Office of the Chief of Naval Operations, Navy Department, in the Aviation Division, and the Bureau of Aeronautics, he served as aide on the Staff of Admiral Edward W. Eberle, USN, then Commander in Chief, Pacific Fleet, in the flagship New Mexico, later in USS California. From April 1923 until February 1924, he had duty in the Planning Division, Bureau of Navigation, Navy Department. He was then appointed Senior Aide on the staff of Rear Admiral William A. Moffett, USN, Command US Navy Arctic Expedition and Chief of the Bureau of Aeronautics.

In 1936 Rear Admiral Allen served as Operations Officer and aide on the staff of the Commander, Battle Force, and the following two years commanded USS Chester. On 26 July 1938, he reported for duty as Budget Officer of the Navy Department.

Rear Admiral Allen continued in that duty until his release from active duty in 1946, having been renominated to be Director of Budget and Reports in the Department of the Navy with the rank of Rear Admiral in February 1945. In July, 1946 he was ordered relieved of all active duty pending retirement.

In addition to the Navy Cross, Rear Admiral Allen had the Victory Medal, Patrol Clasp (USS Sultana and USS Wakiva); the Yangtze Service Medal (USS Pittsburgh); the American Defense Service Medal; the American Area Campaign Medal; and the World War II Victory Medal. He also had the Legion d'Honneur with rank of Chevalier awarded by the Government of France.

On 6 October 1941, the Navy Department announced that the Officers' Recreation Center, including all facilities, at Terminal Island, Long Beach, California would be designated Allen Center in honor of Rear Admiral (then Captain) Ezra G. Allen, USN, then Director of Budget and Reports, Navy Department.