The Navy and Marine Corps Team 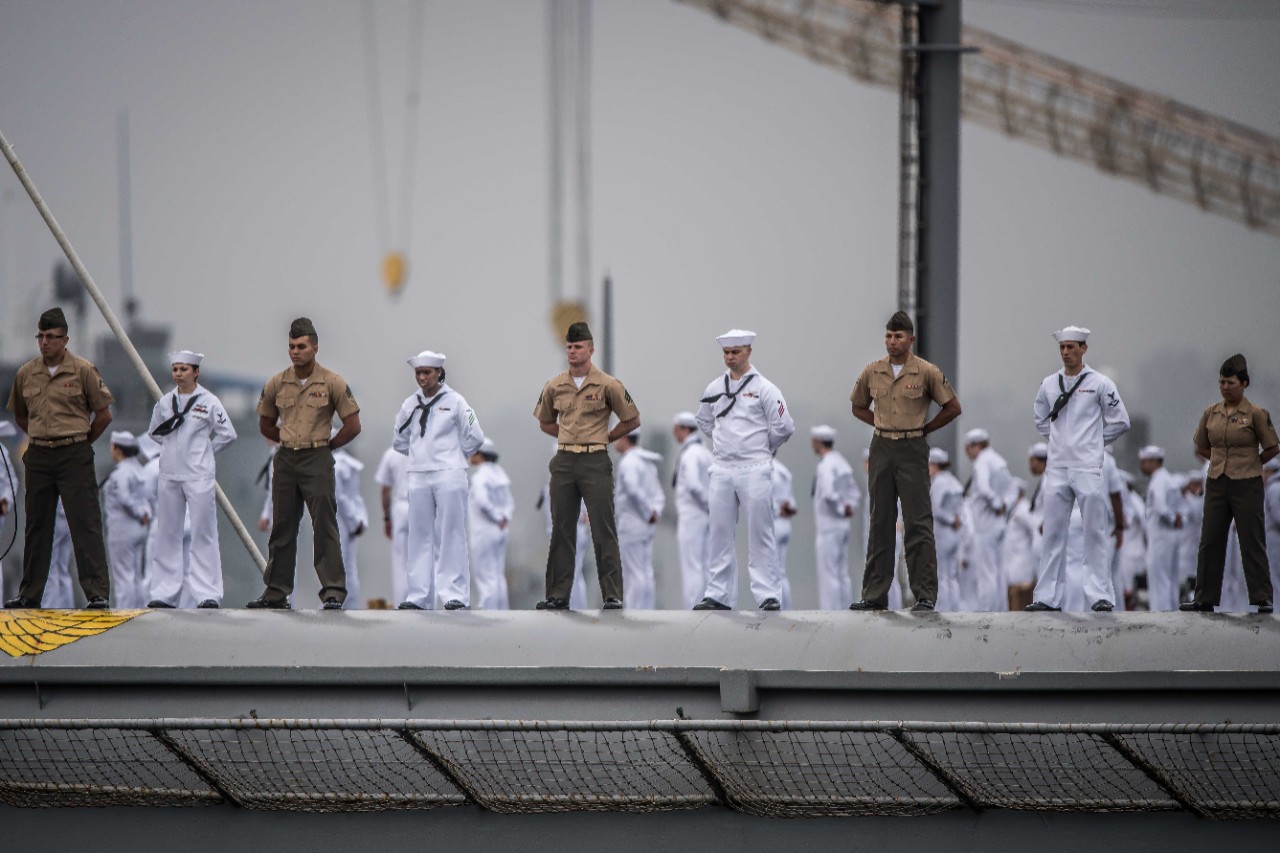 Sailors and Marines aboard the aircraft carrier USS Nimitz (CVN-68) man the rails and give passing honors to the USS Midway Museum while preparing to pull out of San Diego Bay for deployment. (U.S. Navy photo by Mass Communication Specialist 3rd Class Bill M. Sanders/Released)

The Marine Corps and the Navy trace their origins to the same moment in U.S. history—a series of decisions made in fall 1775. On 10 November of that year, the Second Continental Congress, which represented American colonists in the struggle against British rule, took the momentous step of authorizing two battalions of “American Marines.”

Yet if the impetus was anti-British, the model was Britain’s own “maritime regiment of foot,” the forerunner to today’s Royal Marines. The American Marines, like their British counterparts, operated on and near the shore—the perilous space between the sea (a Navy’s purview) and the field (an army’s), where the exigencies of coastal warfare created the need for a specialized force.

With the successful end of the Revolutionary War in 1783, however, the American Marines ceased to exist and did not return (as the “United States Marine Corps”) until the late 1790s, when Congress reestablished the U.S. Navy. Once again, Navy and Marine Corps history converged.

Since the 1790s, the Navy has done little without the involvement of the Marine Corps. From hanging by the rigging in order to sweep enemy decks with fire in the War of 1812 to storming Japanese strongholds in the Pacific during World War II, Marines have fought alongside and as a complement to Navy personnel. In the last hundred years, the symbiotic relationship between the Marine Corps and the Navy has remade amphibious warfare and lent the decisive advantage to U.S. forces overseas.

For more information on the shared history of the Navy and the Marine Corps, explore the links, below. 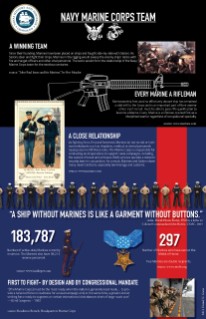 Reestablishment of the Marine Corps   (This act of 11 July 1798 reestablished the United States Marine Corps under the Constitution).

Brief History of the Seagoing Marines

The Corps' Salty Seadogs Have All But Come Ashore: Seagoing Traditions Founder as New Millennium Approaches (By Herb Richardson and R.R. Keene)

The Forsaken Defenders of Wake Island

On the Offensive Beyond Guadalcanal (March–December 1943)

Operation Forager: The Battle of Saipan

Tet: The Turning Point in Vietnam

As Others Ran, Sailors and Marines Make a Stand at Bladensburg 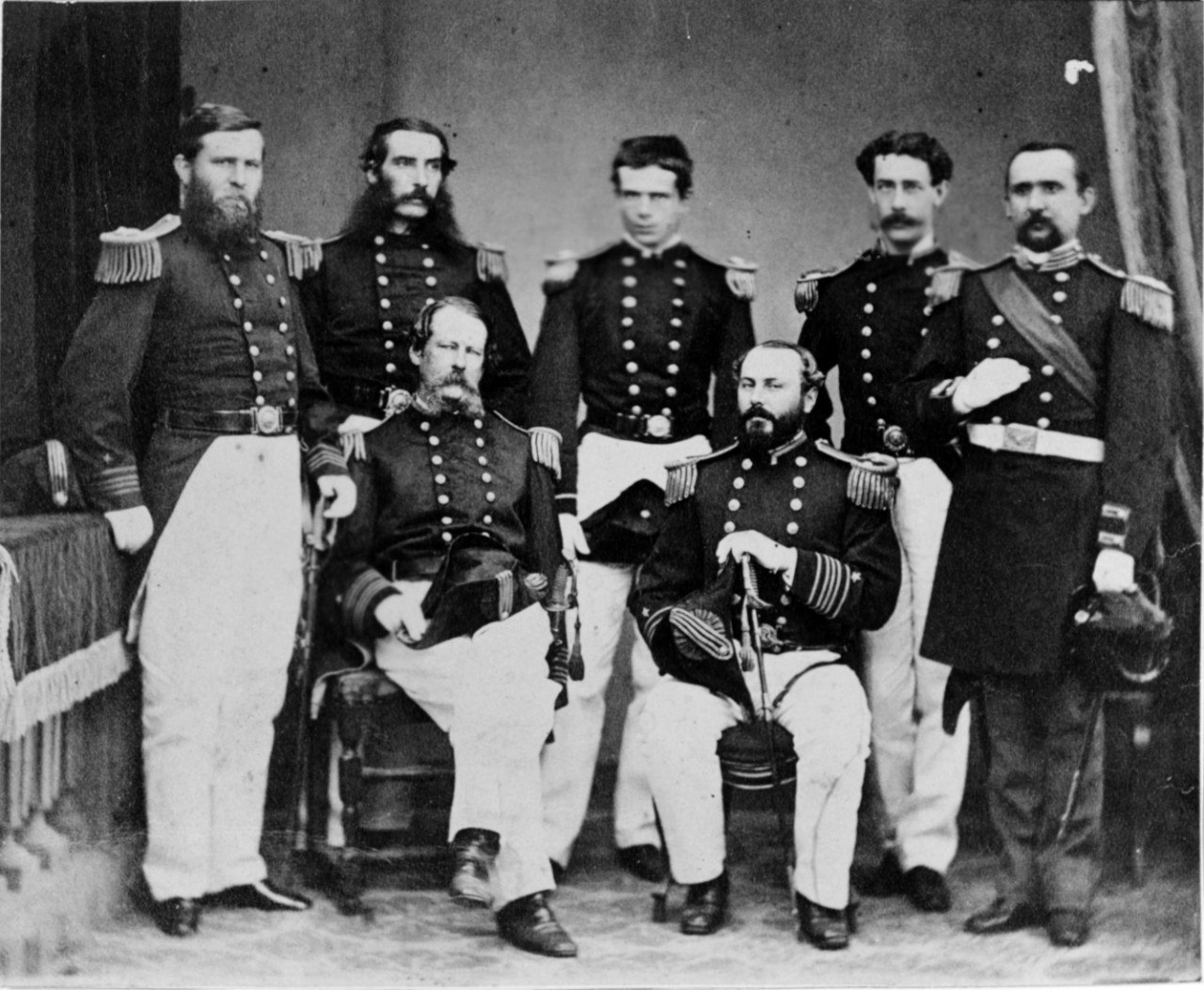 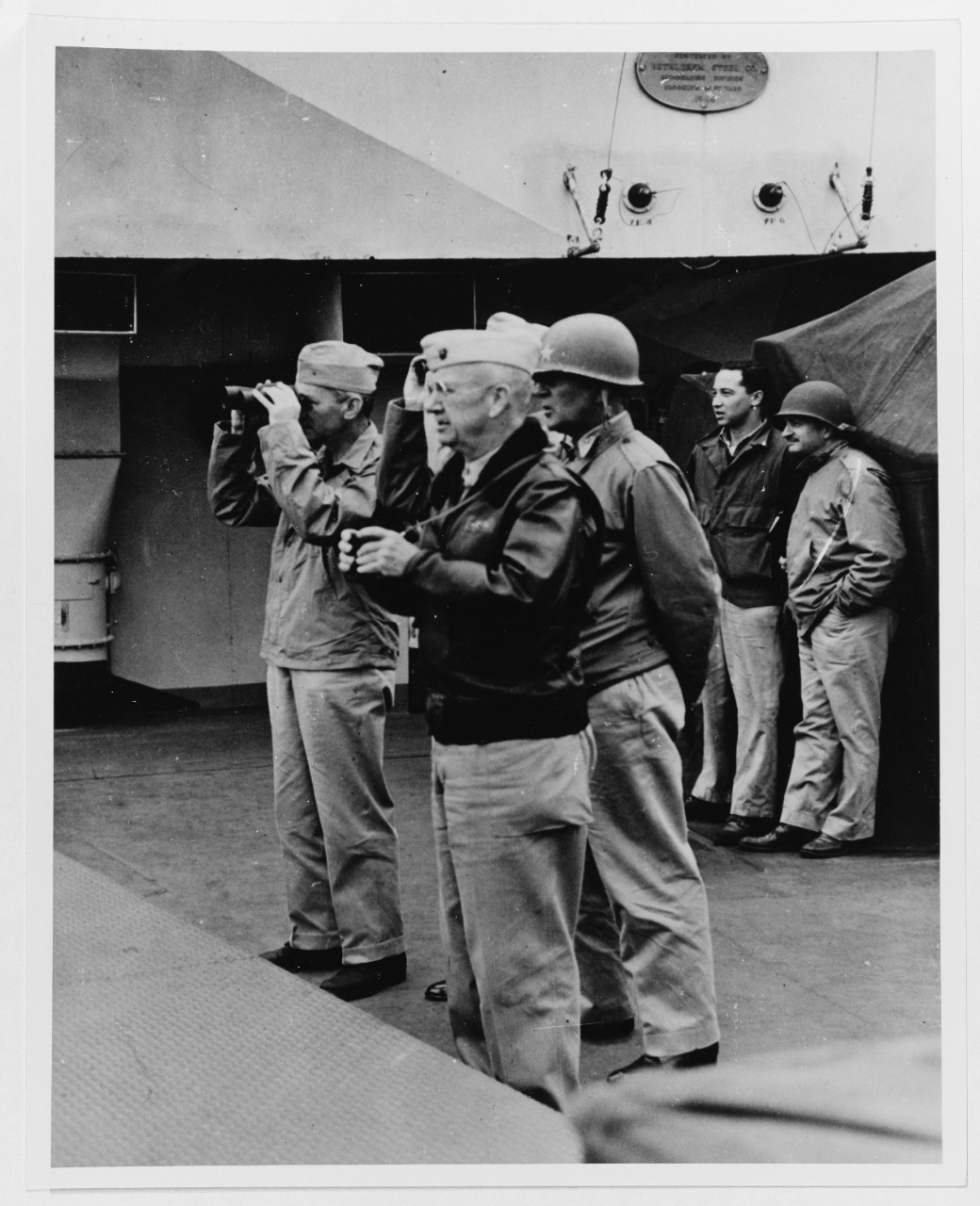 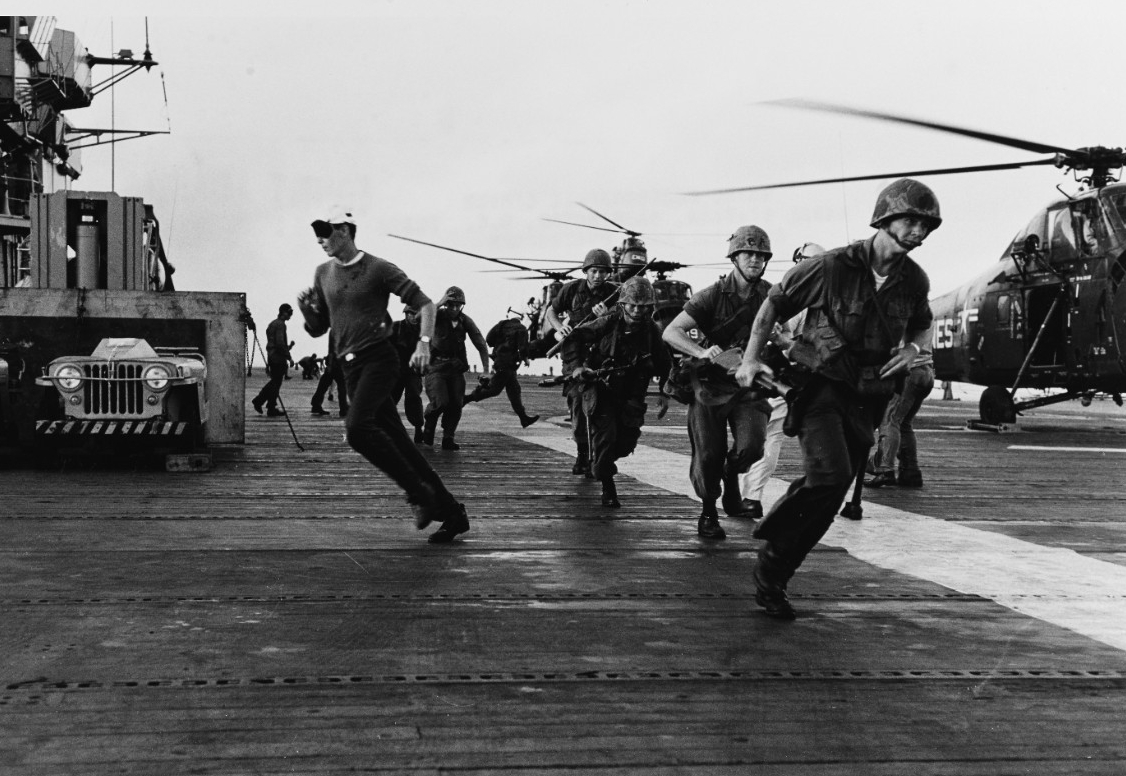 Scramble on the flight deck of USS Iwo Jima (LPH-2) for awaiting helicopters to embark on an amphibious landing during operation Dagger Thrust, South Vietnam, December 1965. (Catalog #: USN 1114070-A) 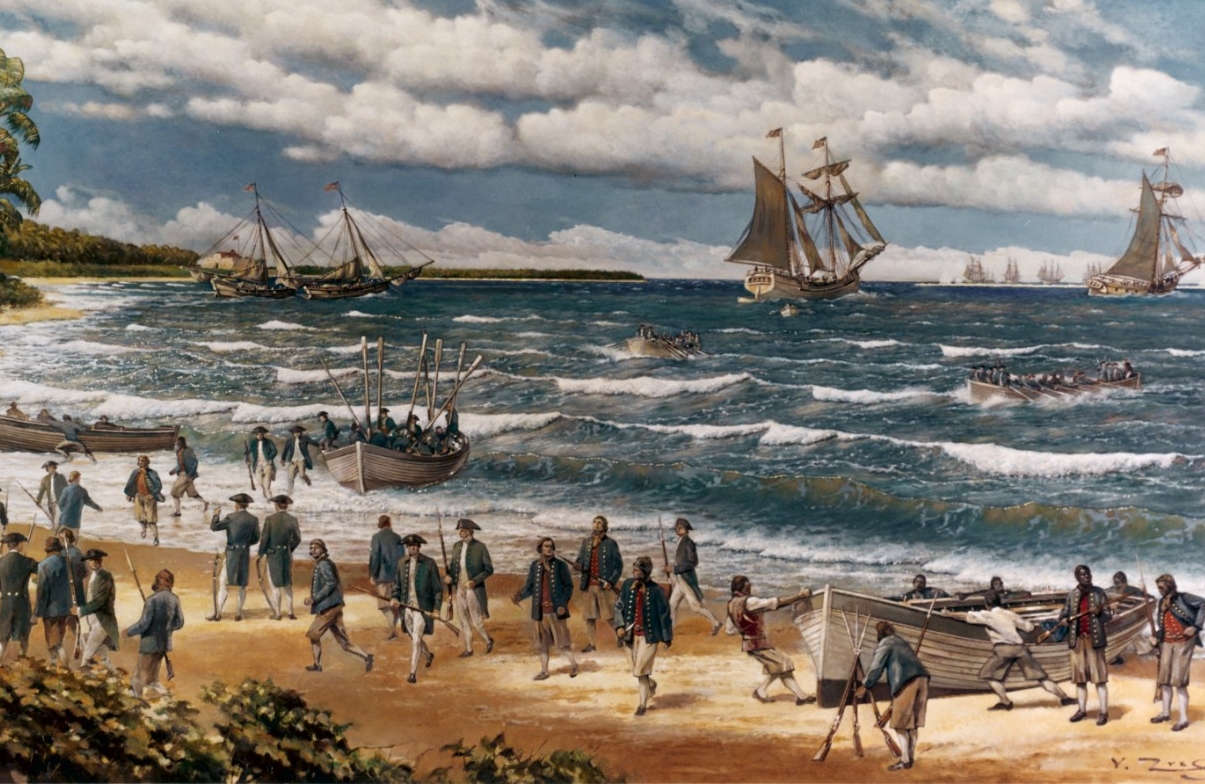 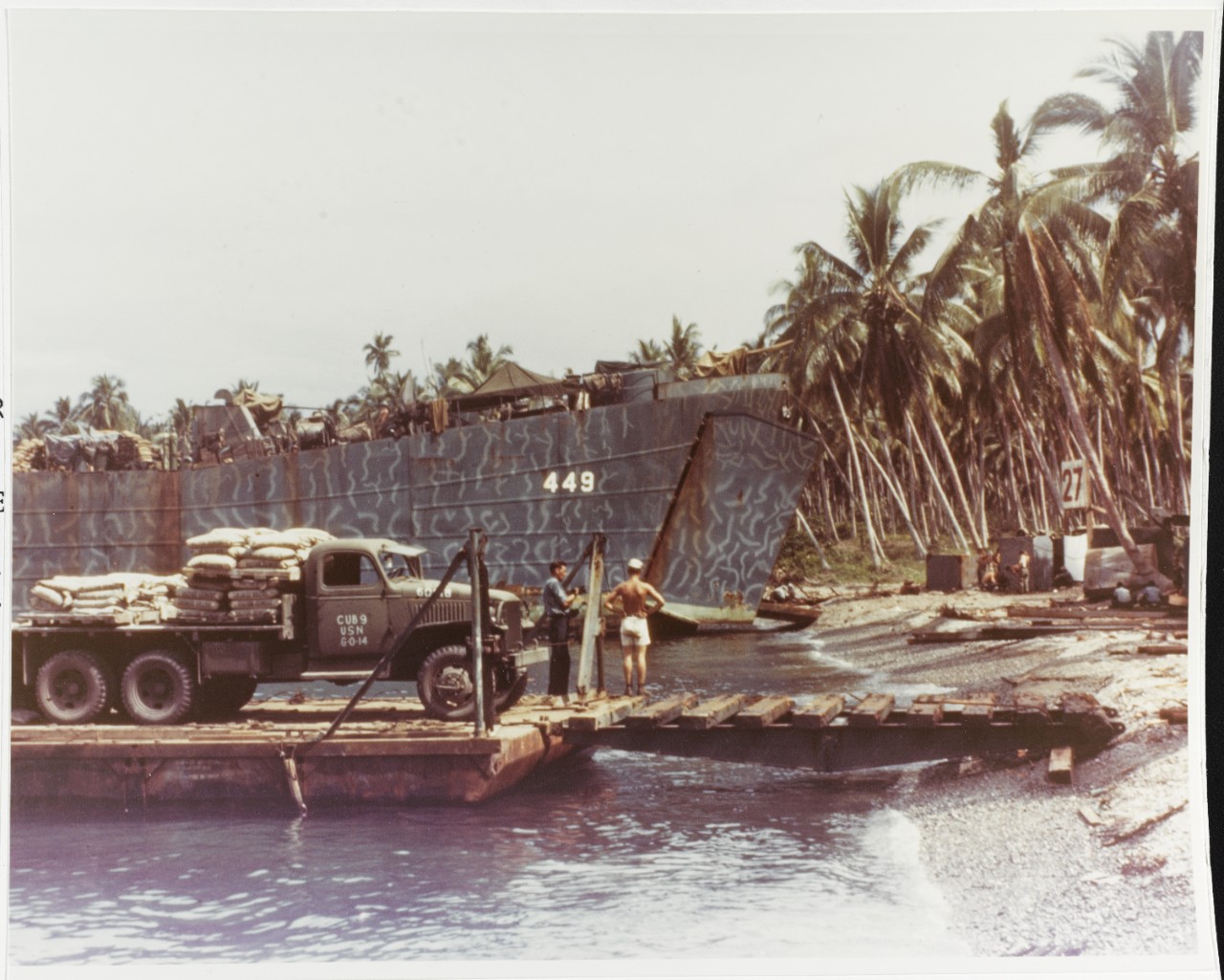 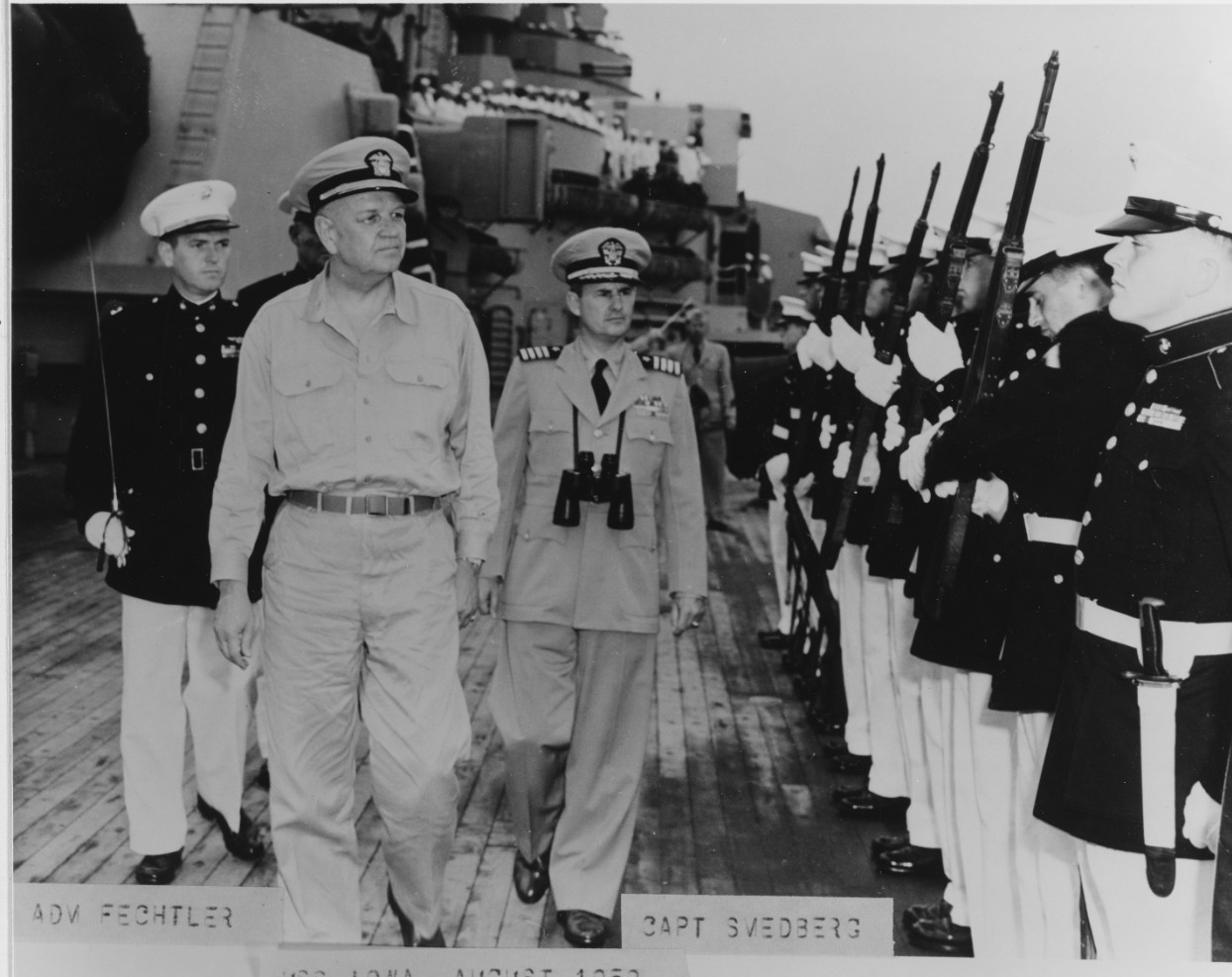 Admiral Fechteler is escorted by Captain William R. Smedberg III, while inspecting Marines aboard the USS Iowa in August 1952, off Wonsan, Korea. (NH 49544) 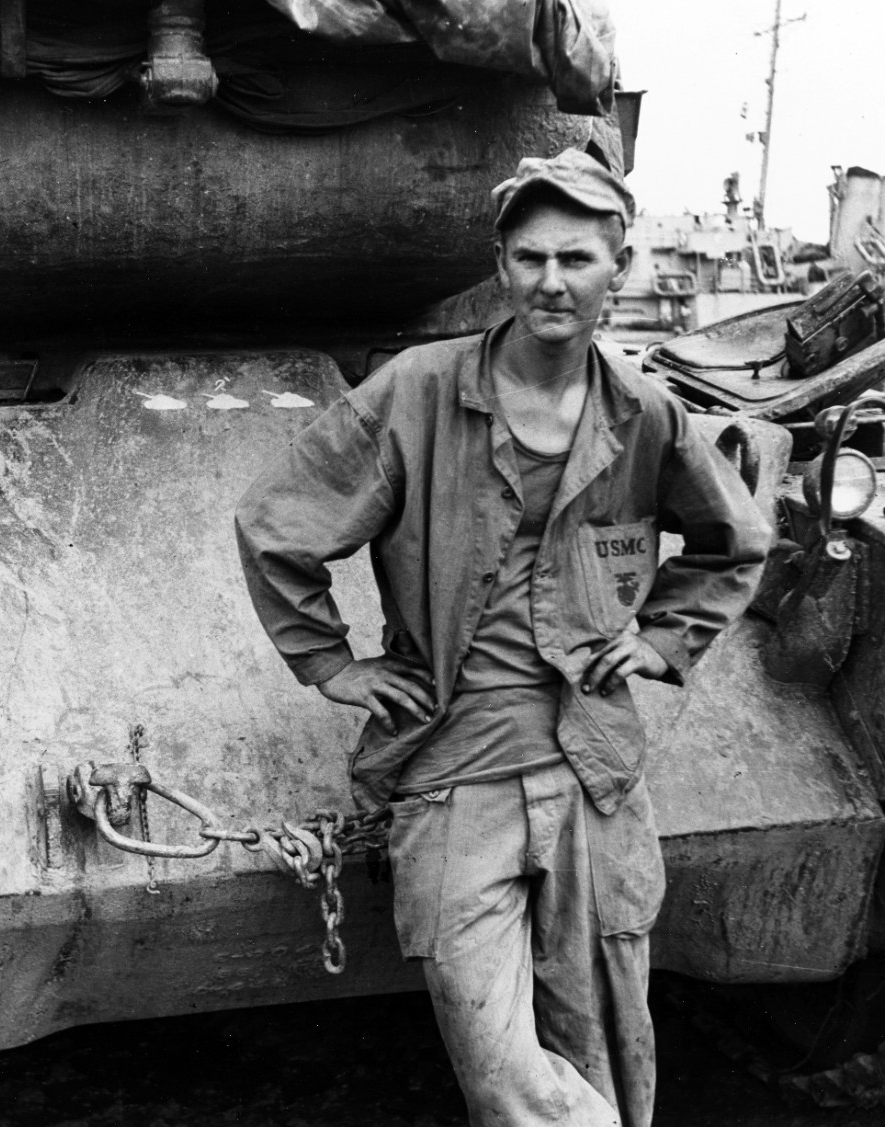