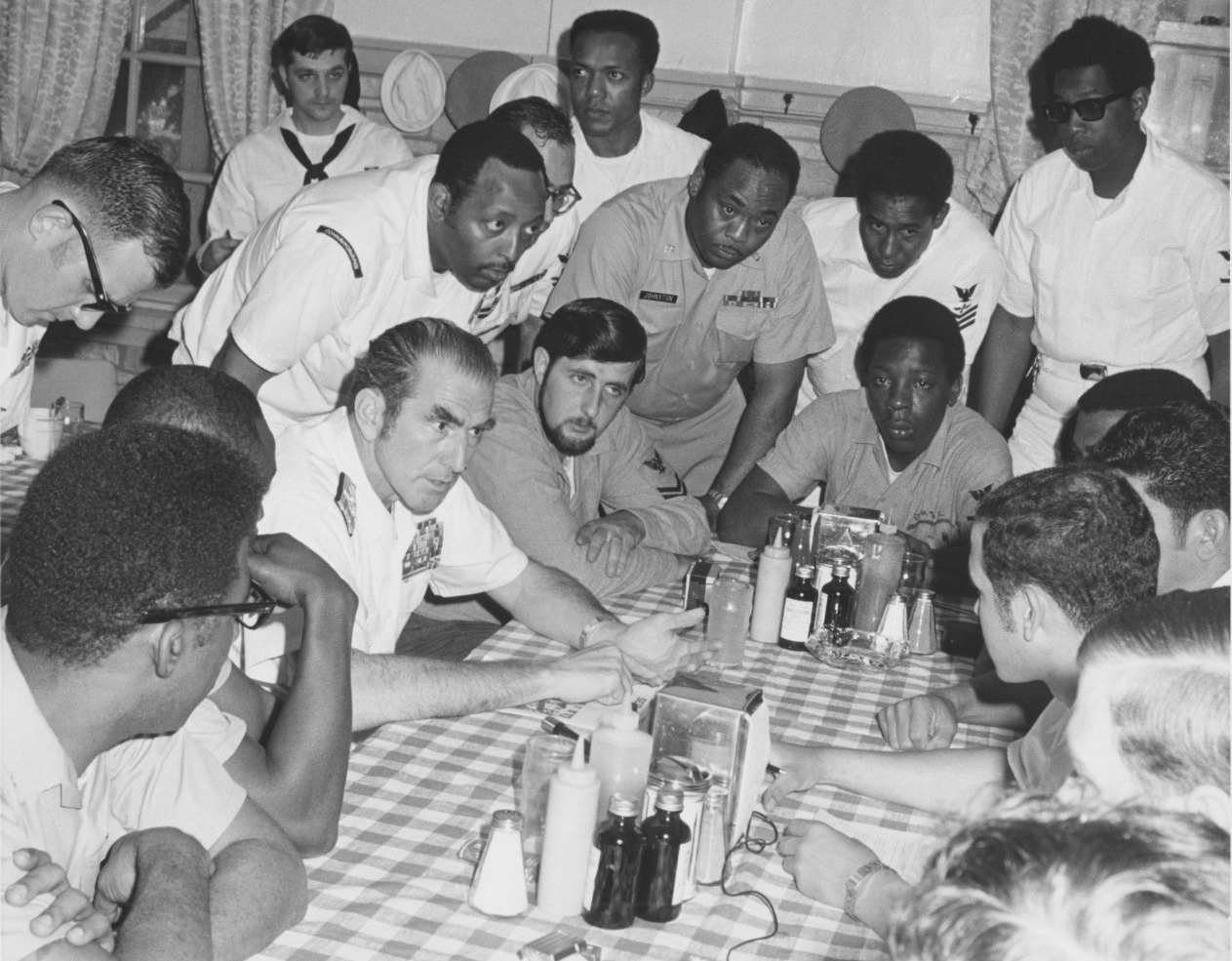 The quality of American military units, of whatever service, was suspect by the waning days of the Vietnam conflict. The long war had engendered disdain for the military in some American circles. During the closing stages of the conflict, drug and alcohol usage in Southeast Asia attracted such attention that the Navy ran several large urinalysis screenings of Sailors and Marines. Although fewer than 0.5 percent tested positive, anecdotal evidence suggested the true figure was much higher.

Adding to the Navy’s contemporary problems were racial divisions. Festering aboard many Navy ships, these problems led to violence on several in the fall of 1972, including riots aboard the aircraft carrier Kitty Hawk (CVA-63) and the fleet oiler Hassayampa (AO-145). Following a sit-down strike on the aircraft carrier Constellation (CVA-64) , Admiral Elmo R. Zumwalt, Jr., the Chief of Naval Operations, concluded “racism was endemic in the entire structure of the Navy.” To help relieve tensions, the admiral established racial awareness, equal opportunity, and other programs, often directly addressed in his prolific series of Z-Grams. Zumwalt’s successor as CNO in 1974, Admiral James L. Holloway III, continued the most successful of these initiatives.

In the broad spectrum of operations undertaken in Vietnam, the Navy and Marine Corps demonstrated extraordinary professional skill. Despite the undeniable litany of woes afflicting the military by 1975, the record compiled by these Americans in uniform showed that not all was dark, that the sea services retained a solid core of competent and dedicated people, and that with proper nurturing, the armed forces could be restored to health, as they were in the 1980s.

The tours of duty of the following Chiefs of Naval Operations and Master Chief Petty Officers of the Navy coincided with the U.S. involvement in Vietnam. Their biographies shed light on the challenges faced by the U.S. Navy at every level during this period.