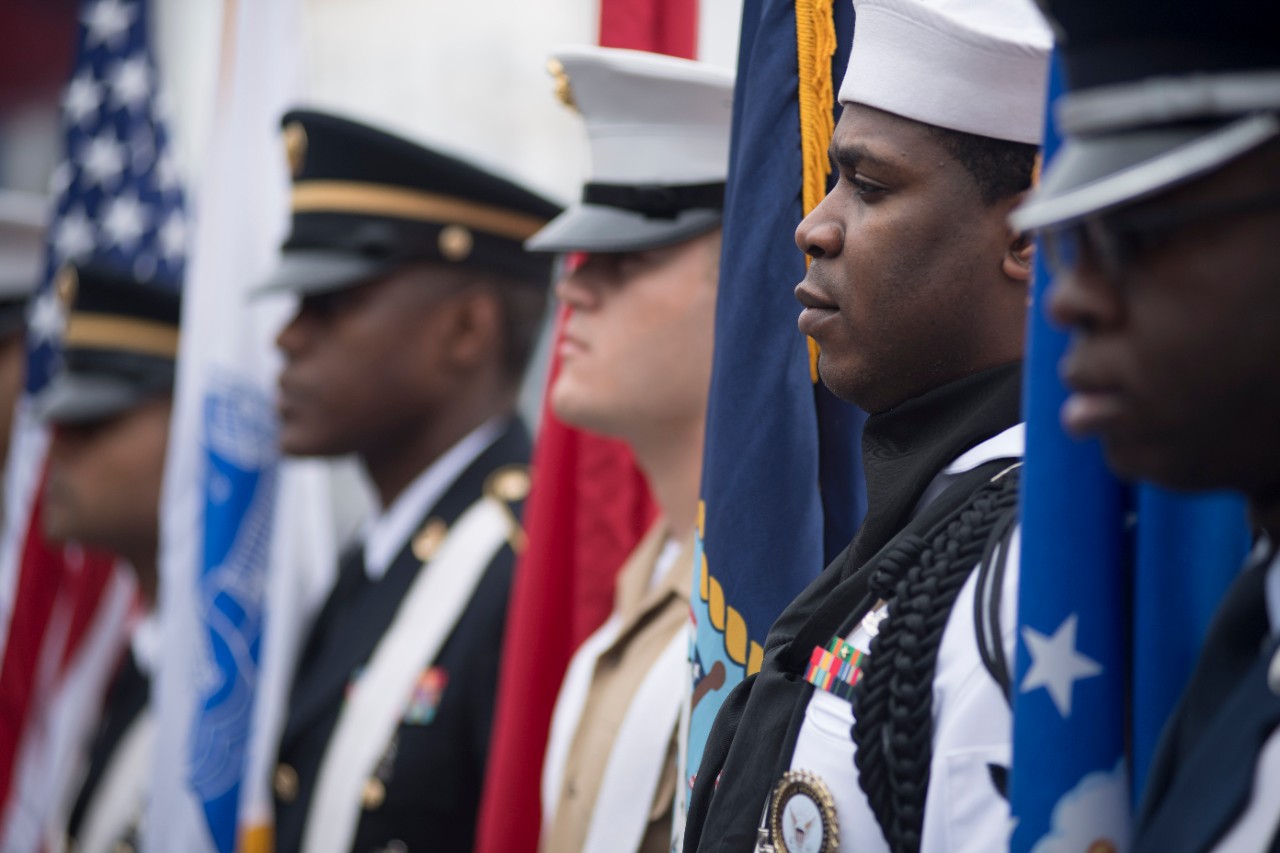 The U.S. Navy has seen dramatic changes since its establishment on 13 October 1775 in technology, personnel, and operations. Despite these changes, however, many of the Navy’s customs and traditions have remained steadfastly consistent. Some Navy traditions harken back to early naval superstitions, whereas others reflect the discipline and/or comradery of the modern Navy.

Customs and traditions in the Navy can be official and formal, such as the precedence of forces in parades, or an unofficial rite of passage, such as crossing the line, which is marked by a certificate and ceremony. Navy Athletics encompass many cherished traditions, including the annual Army-Navy football game. 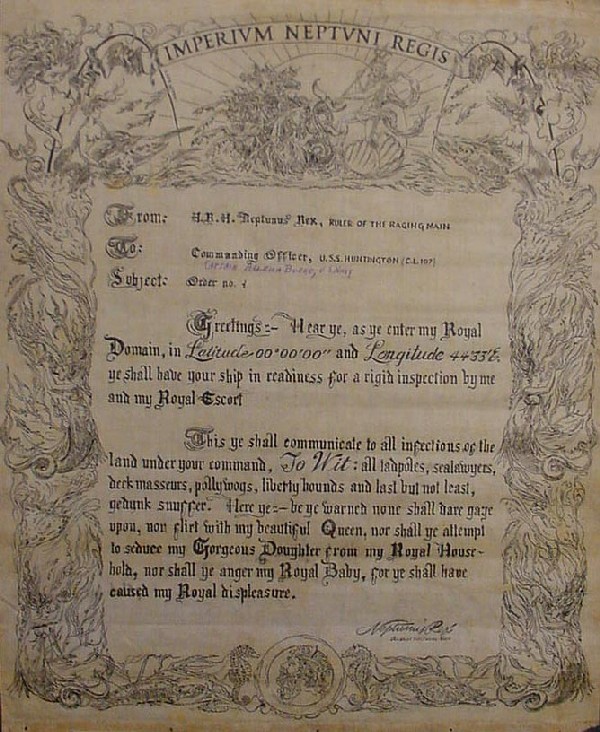 In addition to the Crossing the Line certificate, a Sailor can be the recipient of a number of other unofficial Navy certificates that mark such rites as passage as the dubious honor of The Royal Order of Whale Bangers, or the proud designation as a plank owner – an individual who was an original member of a crew when the ship was placed in commission.

Unlike traditions with well-documented history, the progeny of the New Year’s Day deck log tradition is unknown but prevails each year when the Officer of the Deck (OOD) records the first entry of the year in creative prose. Like goats and tattoos in the Navy, the New Year’s Day deck log tradition reflects Navy culture more than formal customs or procedures, such as ship ceremonies. 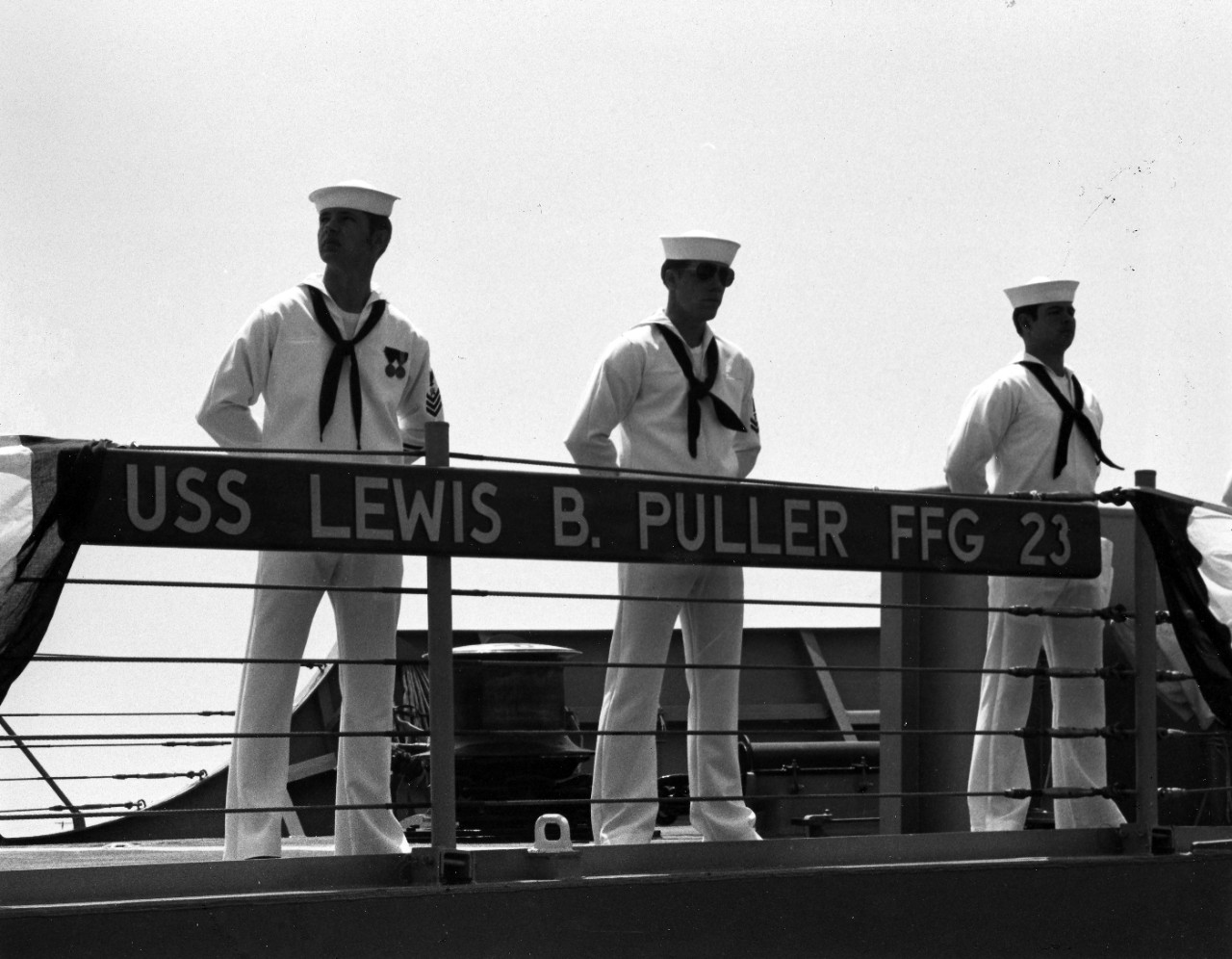 Manning the rails aboard USS Lewis B. Puller (FFG-23).

Shipboard ceremonies are hallowed and solemn events that can mark change of command; honors, national anniversaries, and solemnities (that include manning the rails and tending the side); the twenty-one gun salute; burial at sea; and ship launching and commissioning. The naming of new ships has its own history and traditions that date back to an 1819 act of Congress. The ship’s bell, also an important part of shipboard culture, has ceremonial as well as functional uses. Although rarely used in modern times, the tradition of striking the flag is a universal indicator of surrender connected with the larger traditions of the laws of naval warfare.

The customs and traditions of the U.S. Navy are cherished rites that tie together generations of Sailors with a common bond. They reflect the true story of the Navy, and honor a shared legacy of pride, history, and heritage.