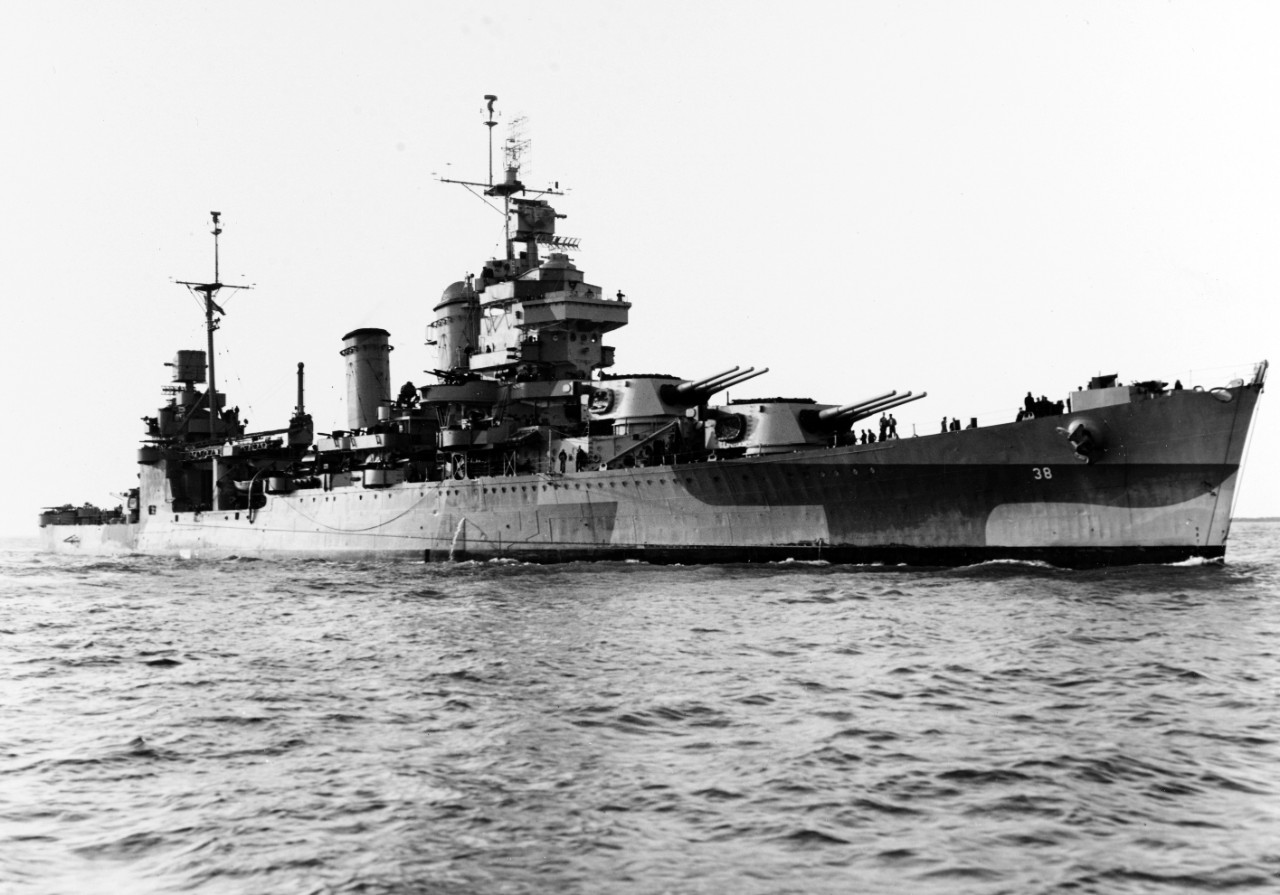 The New Orleans-class cruiser San Francisco (CA-38), the second U.S. Navy ship named for the city of San Francisco, was laid down on 9 September 1931, at the Mare Island Navy Yard Vallejo, California. She was launched on 9 March 1933, sponsored by Barbara M. Bailly, and commissioned on 10 February 1934, with Capt. Royal E. Ingersoll in command.

San Francisco’s participation in World War II spanned from beginning to end—from the attacks on Pearl Harbor on 7 December 1941, where she remained undamaged, to the facilitation of the surrender of Japanese naval forces in Korea in 1945.

On 10 February 1946, San Francisco was decommissioned and was struck from the Navy list on 1 March 1959. The USS San Francisco Memorial that rests in Lands End Park within the Golden Gate National Recreation Area commemorates the Sailors killed and wounded in the Naval Battle of Guadalcanal. USS San Francisco took 45 direct hits and sustained heavy damage while sinking one Japanese ship and seriously damaging two others (including a battleship). Despite its poor condition, San Francisco made it back to port. 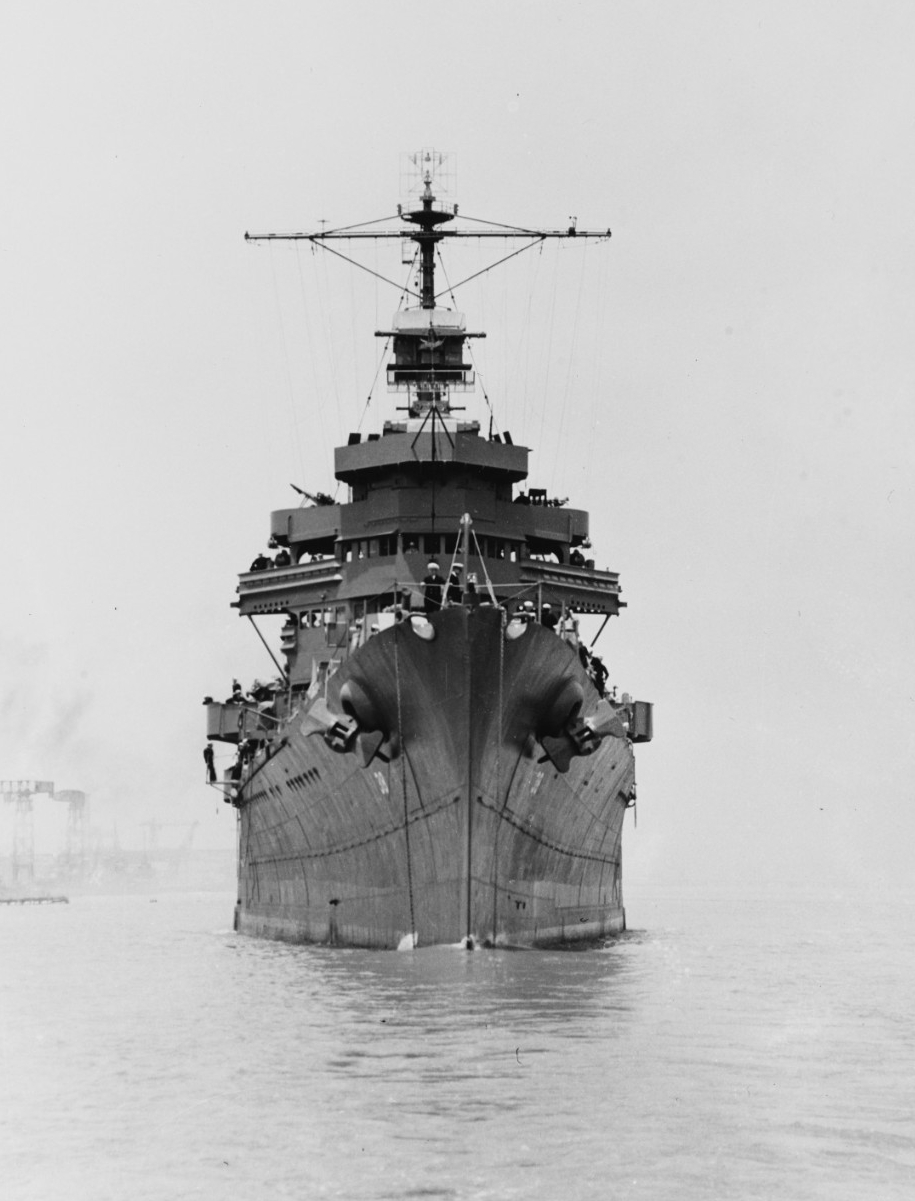 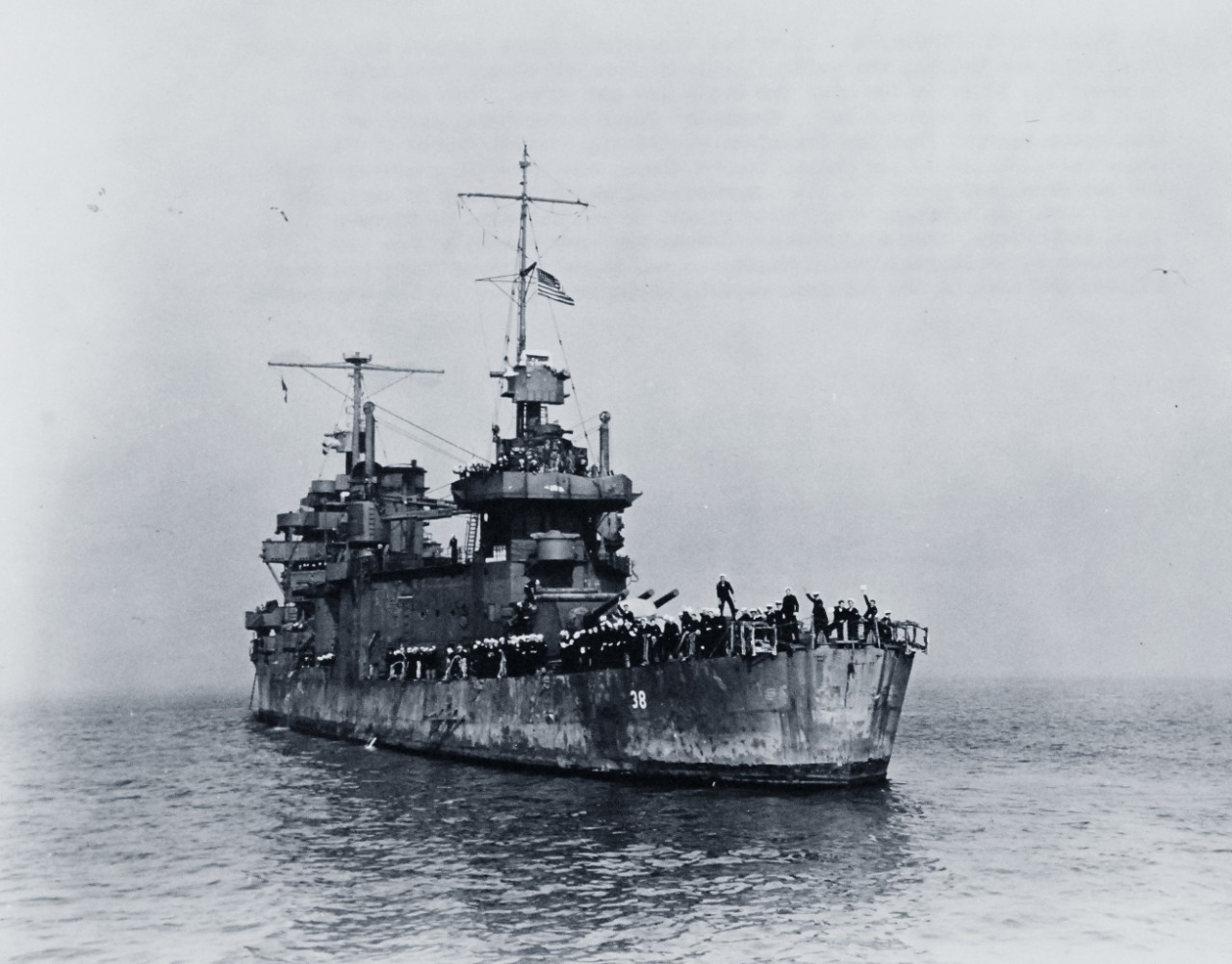 USS San Francisco (CA-38) returns to the city for which she was named, on 12 December 1942, after the battle of Savo Island. 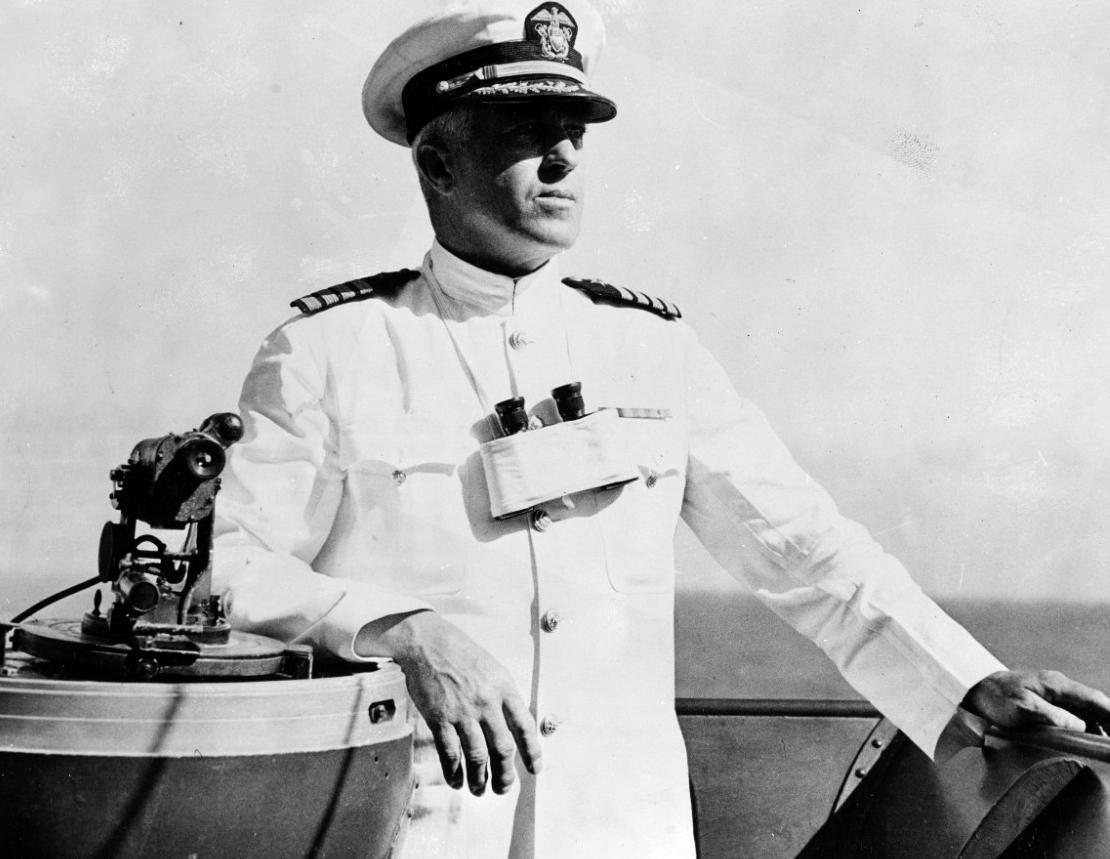 Captain Daniel J. Callaghan, USN, photographed on the bridge of USS San Francisco (CA-38), circa 1941-1942. As a Rear Admiral, with San Francisco as his flagship, he led U.S. Navy task force during the Naval Battle of Guadalcanal, 12-13 November 1942, and was posthumously awarded the Medal of Honor for his extraordinary heroism in that action. Note Callaghan's cloth-covered binoculars, and the pelorus at left. Official U.S. Navy Photograph, now in the collections of the National Archives. (80-G-20824) 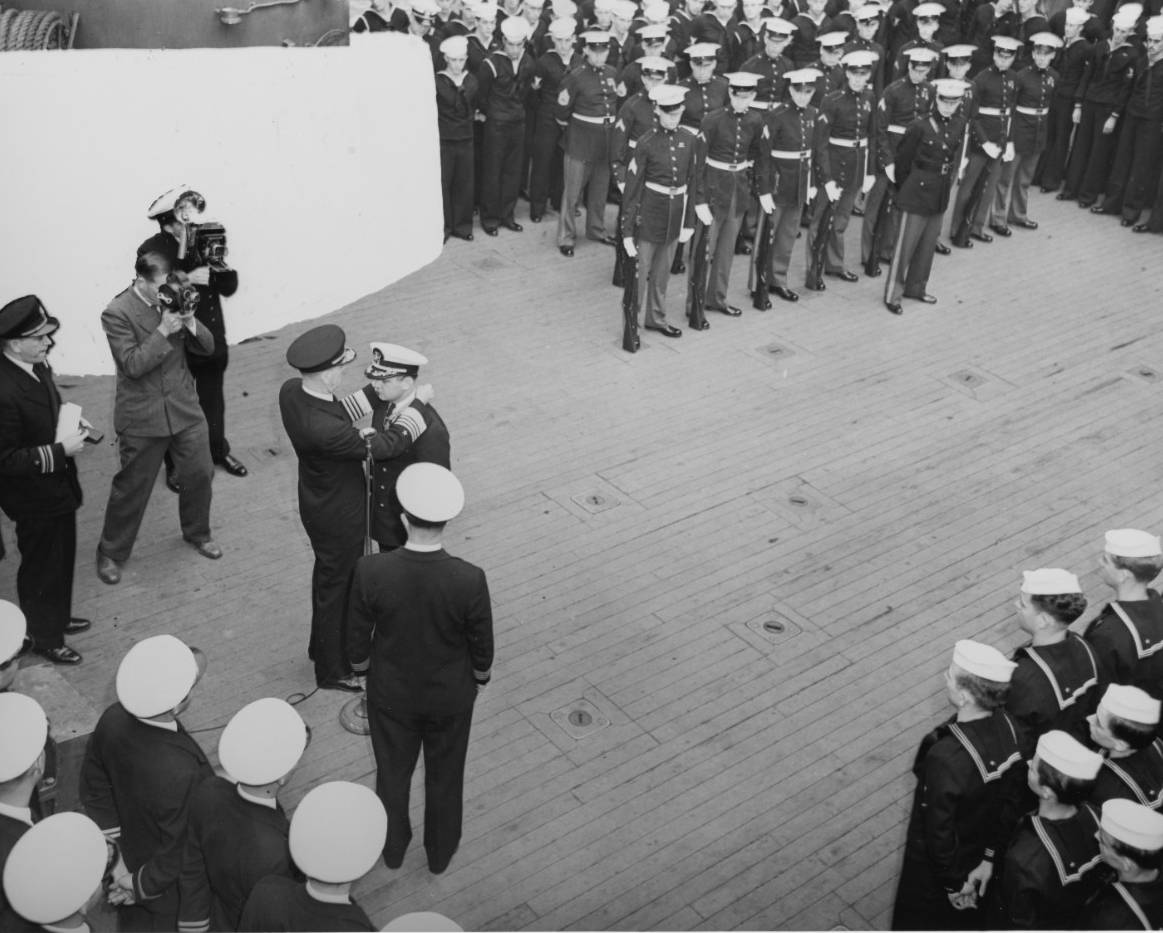 Commander Bruce McCandless, USN, Receives the Medal of Honor from Admiral Ernest J. King, USN, (Chief of Naval Operations and Commander in Chief, U.S. Fleet), in ceremonies on board USS San Francisco (CA-38), 12 December 1942. McCandless was awarded the medal for conspicuous gallantry and exceptionally distinguished service during the Naval Battle of Guadalcanal, 12-13 November 1942. Note the photographers at left. Part of the ship beyond them has been obscured by wartime censors. Official U.S. Navy Photograph, now in the collections of the National Archives. (80-G-31580) 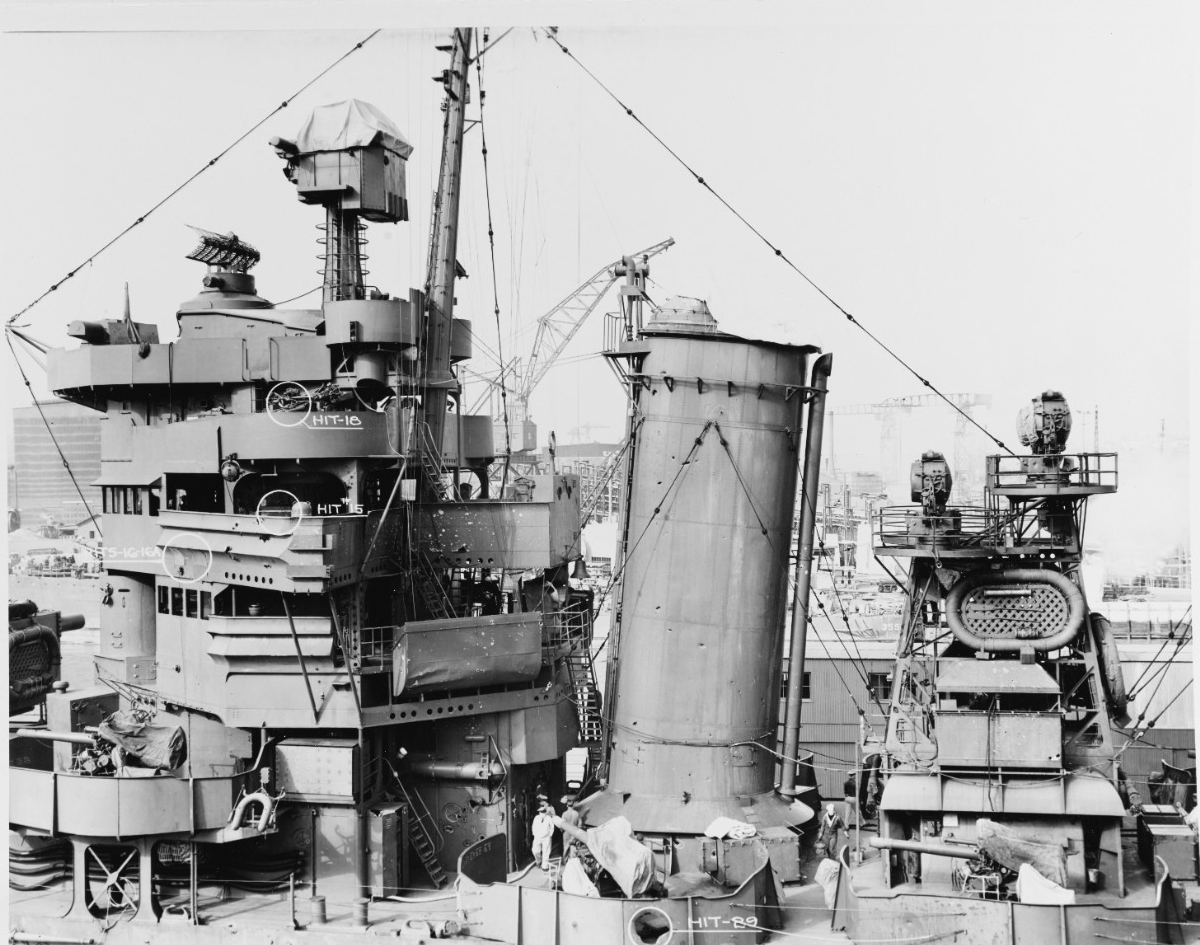 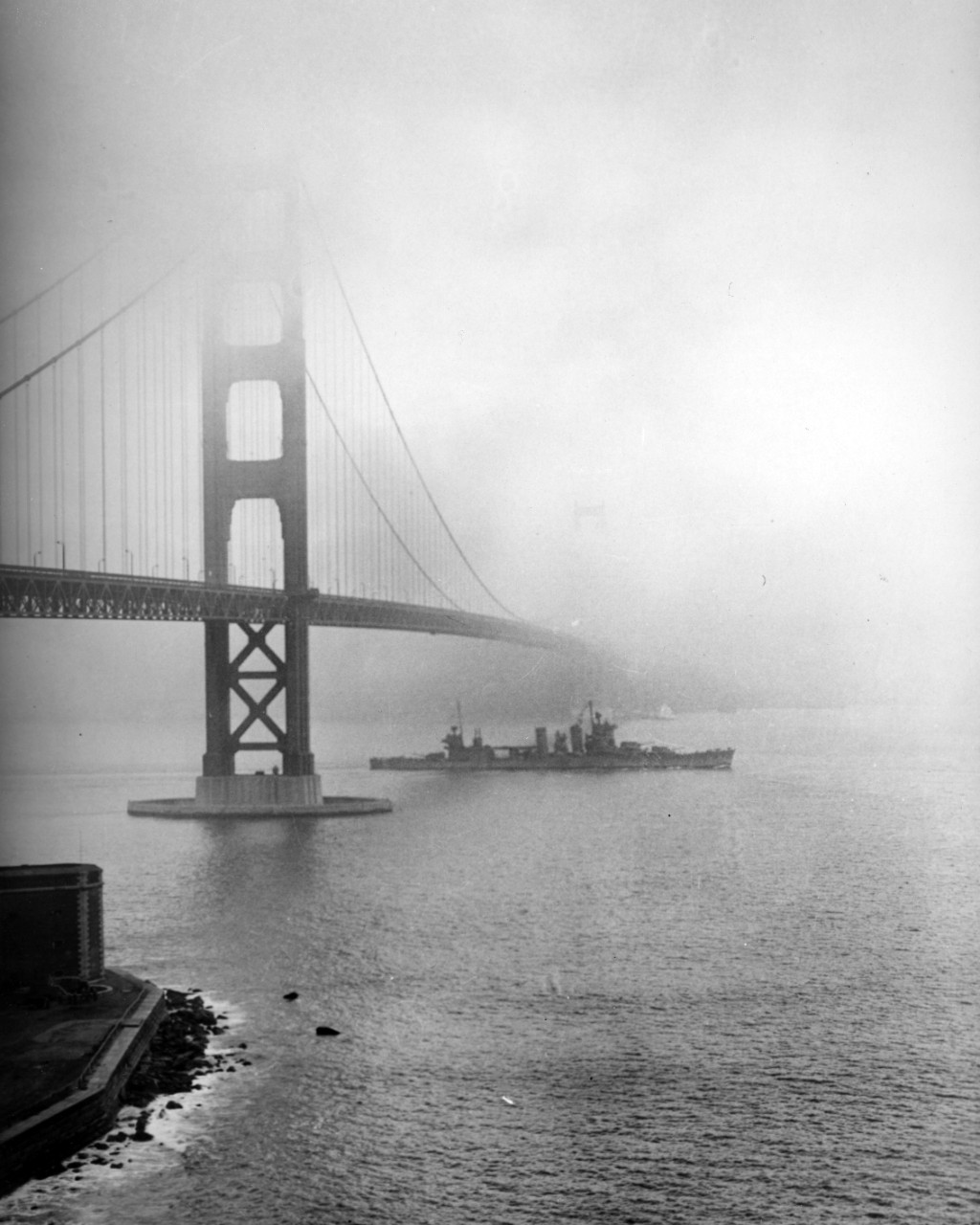 USS San Francisco (CA-38) steams under the Golden Gate Bridge to enter San Francisco Bay, California, on a foggy day in December 1942. She was en route to the Mare Island Navy Yard for battle damage repairs. Official U.S. Navy Photograph, now in the collections of the National Archives. (80-G-40093) 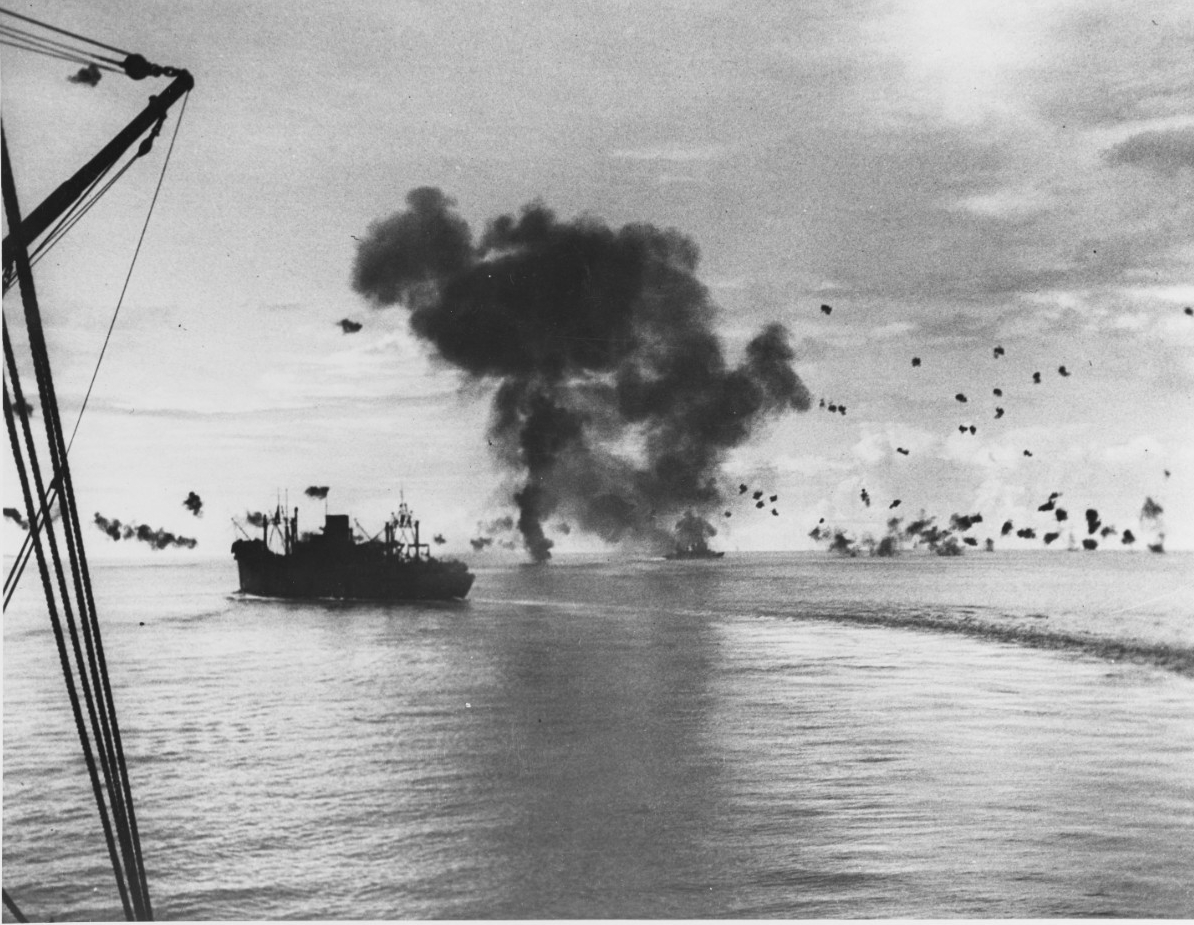 USS President Jackson (AP-37) maneuvering under Japanese air attack off Guadalcanal, 12 November 1942. In the center background is smoke from an enemy plane that had just crashed into the after superstructure of USS San Francisco (CA-38), which is steaming away in the right center. Photographed from USS President Adams (AP-38). Note the anti-aircraft shell bursts. Official U.S. Navy Photograph, now in the collections of the National Archives. (80-G-32366) 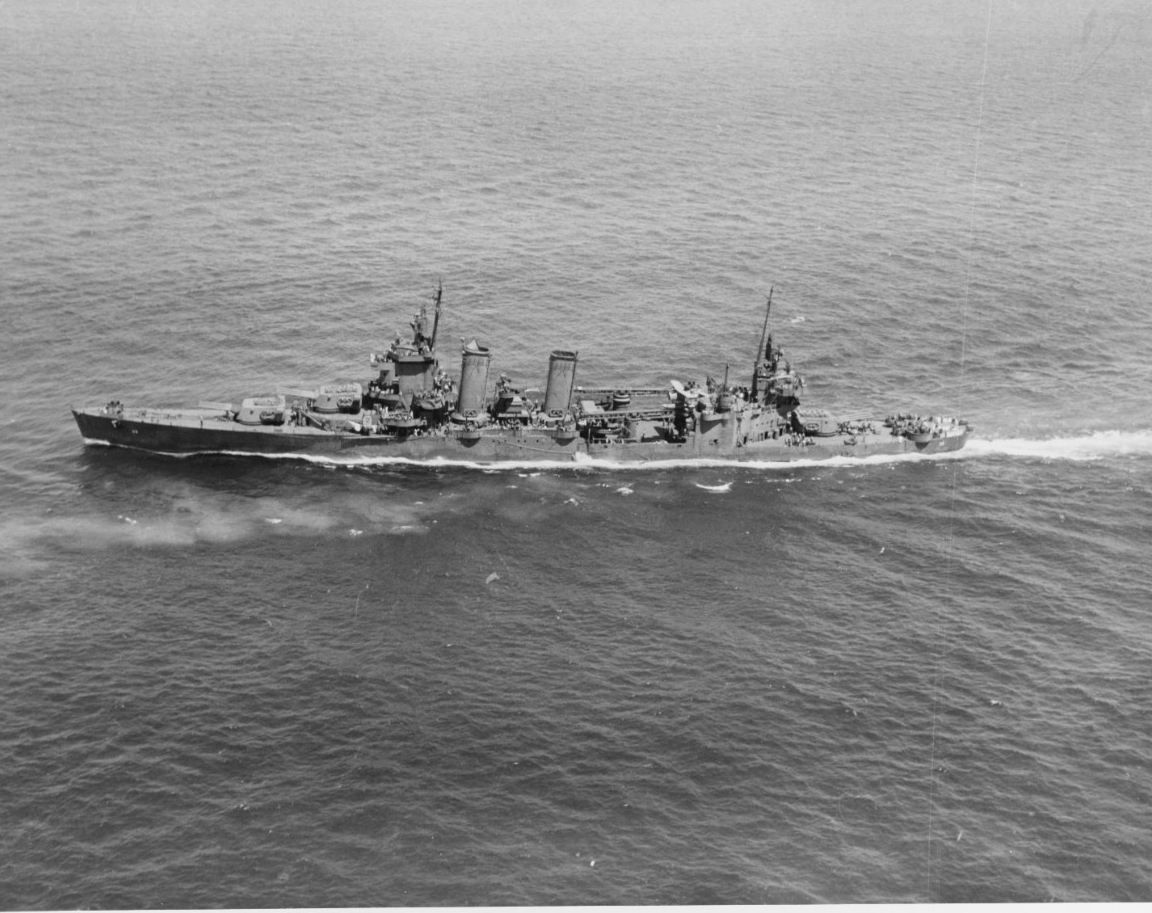 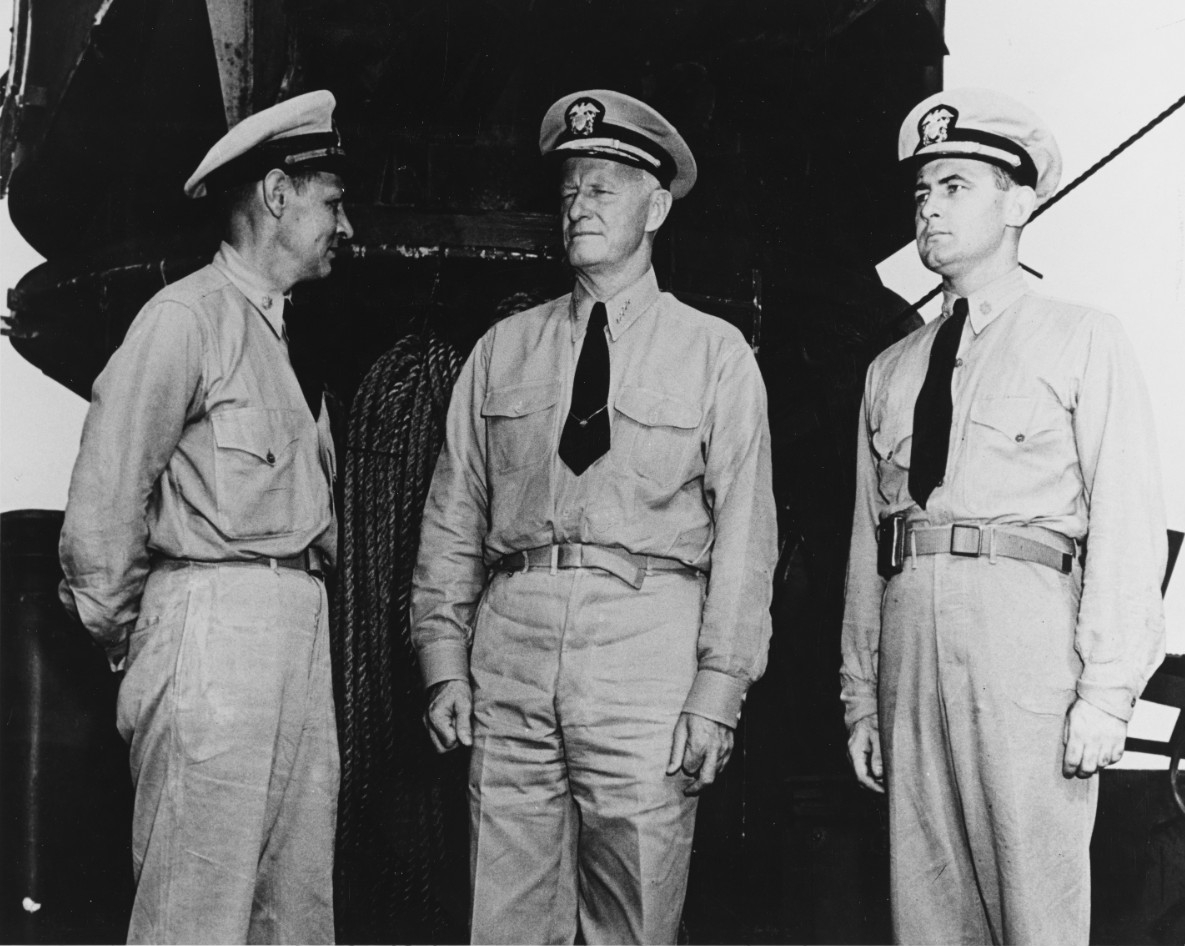 Admiral Chester W. Nimitz, USN (center) (Commander in Chief, Pacific Fleet and Pacific Ocean Areas), onboard USS San Francisco (CA-38) to visit the two senior ship's officers who had survived the Naval Battle of Guadalcanal, 12-13 November 1942. Photographed at Pearl Harbor, while San Francisco was en route to California for battle damage repairs. On the left is Commander Herbert E. Schonland, USN, who assumed command after the ship's Captain was killed and led damage control efforts. On the right is Lieutenant Commander Bruce McCandless, USN, the ship's communications officer, who took over the conn and subsequently navigated San Francisco to safety. Both Schonland and McCandless received the Medal of Honor for their actions during and immediately after the battle. Official U.S. Navy Photograph, now in the collections of the National Archives. (80-G-40031)