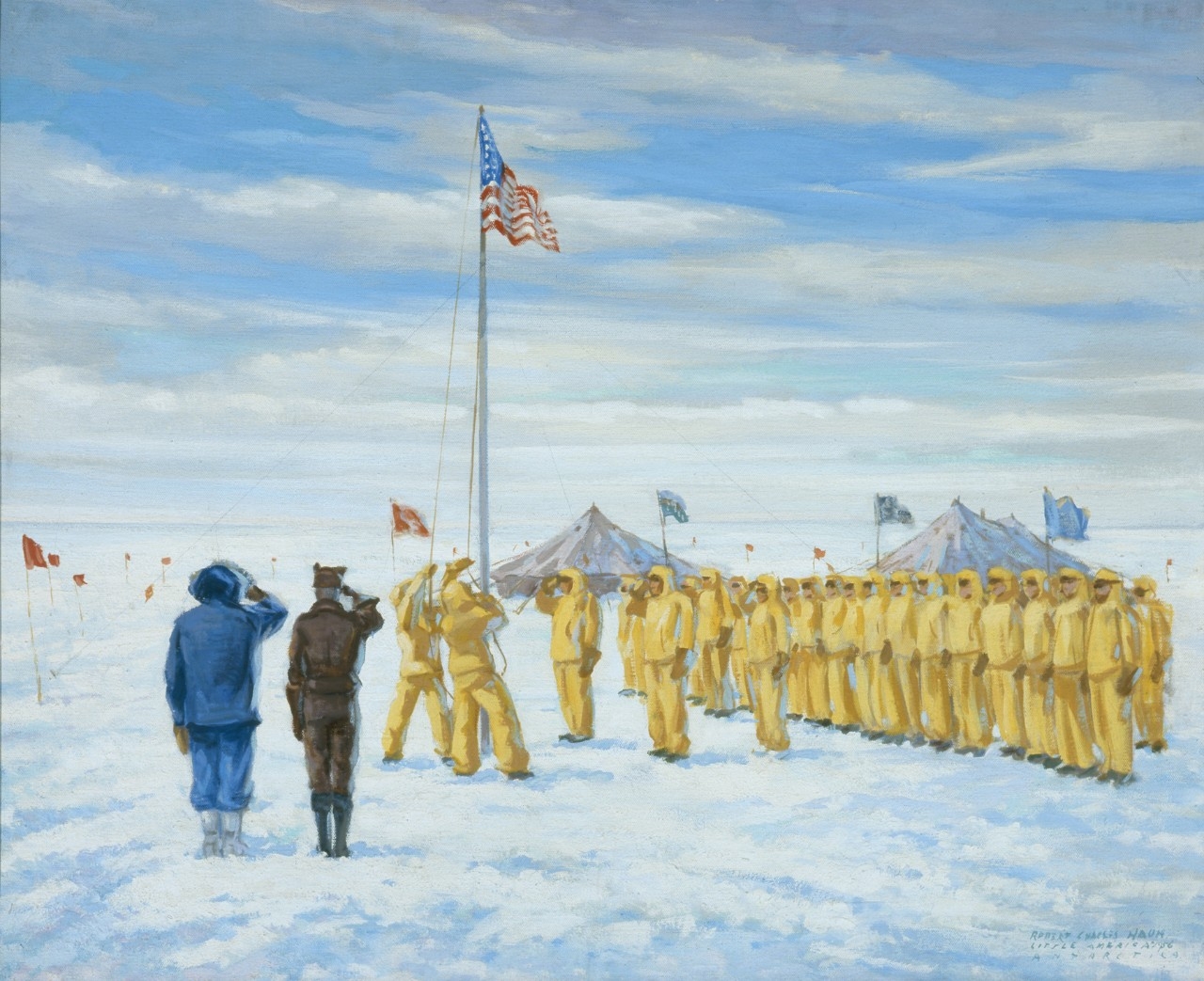 The U.S. Navy has a long history in polar exploration. As early as 1839, Captain Charles Wilkes led the first U.S. naval expedition into Antarctic waters. In the early 1900s, Admiral Richard E. Byrd established an Antarctic naval base known as Little America I, led an expedition to explore further inland, and conducted the first flight over the South Pole. From 1934–35, the second Byrd Expedition explored much further inland, and the third expedition by Byrd in 1940 charted the Ross Sea.

After World War II, Byrd was instrumental in the Navy’s Operation Highjump that charted most of the Antarctic coastline. In 1948, Commander Finn Ronne led an expedition that photographed more than 450,000 square miles by air. Then in 1954–55, the icebreaker USS Atka (AGB-3) made a scouting expedition for future landing sites and bays.

Operation Deep Freeze I would prepare a permanent research station and pave the way for more exhaustive research in later Deep Freeze operations. The expedition transpired over the Antarctic summer of November 1955 to April 1956. From 1957–58, a collaboration effort between 40 nations took place to carry out earth science studies from the North Pole to the South Pole and at points in between. The United States, along with Great Britain, France, Japan, Norway, Chile, Argentina, and the USSR agreed to go the South Pole—the least explored area on Earth. Their goal was to advance world knowledge of Antarctic hydrography and weather systems, glacial movements, and marine life. The U.S. Navy was charged with supporting the U.S. scientists for their portion of the studies.

On 9 June 1958, USS Nautilus (SSN-571) departed Seattle to conduct “Operation Sunshine.” The mission was to be the first submarine to make a fully submerged transit under the North Pole. After a first failed attempt, Nautilus departed Pearl Harbor on 23 July and successfully made it to the Bering Strait. The crew on Nautilus submerged under the icecap at Point Barrow, Alaska, surfaced briefly to photograph the area and find the sea valley in the ocean floor, and then on 3 August, Nautilus became the first to pass directly below the North Pole. The crew did not pause to convey the news until some 36 hours later when they surfaced in the Greenland Sea. President Dwight D. Eisenhower later awarded the Presidential Unit Citation to the commanding officer, Commander William R. Anderson, and the crew. 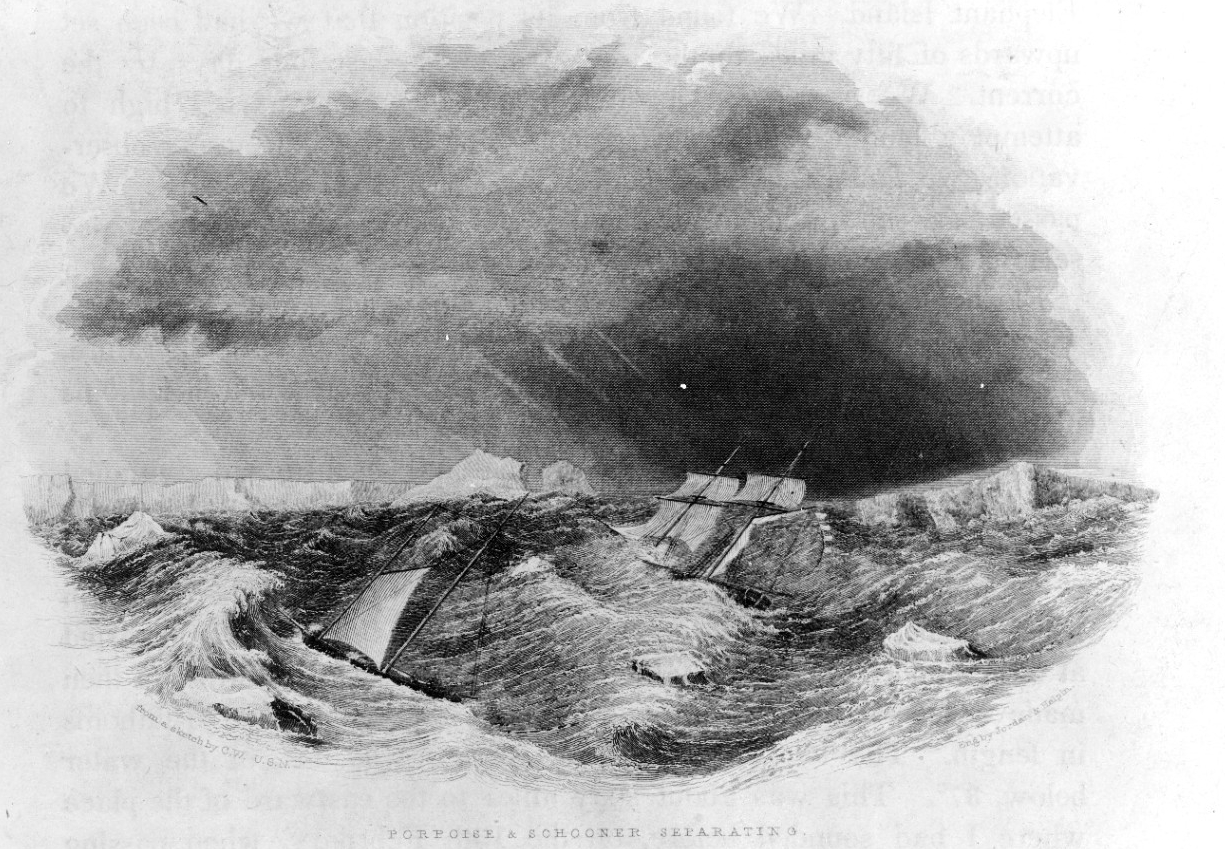 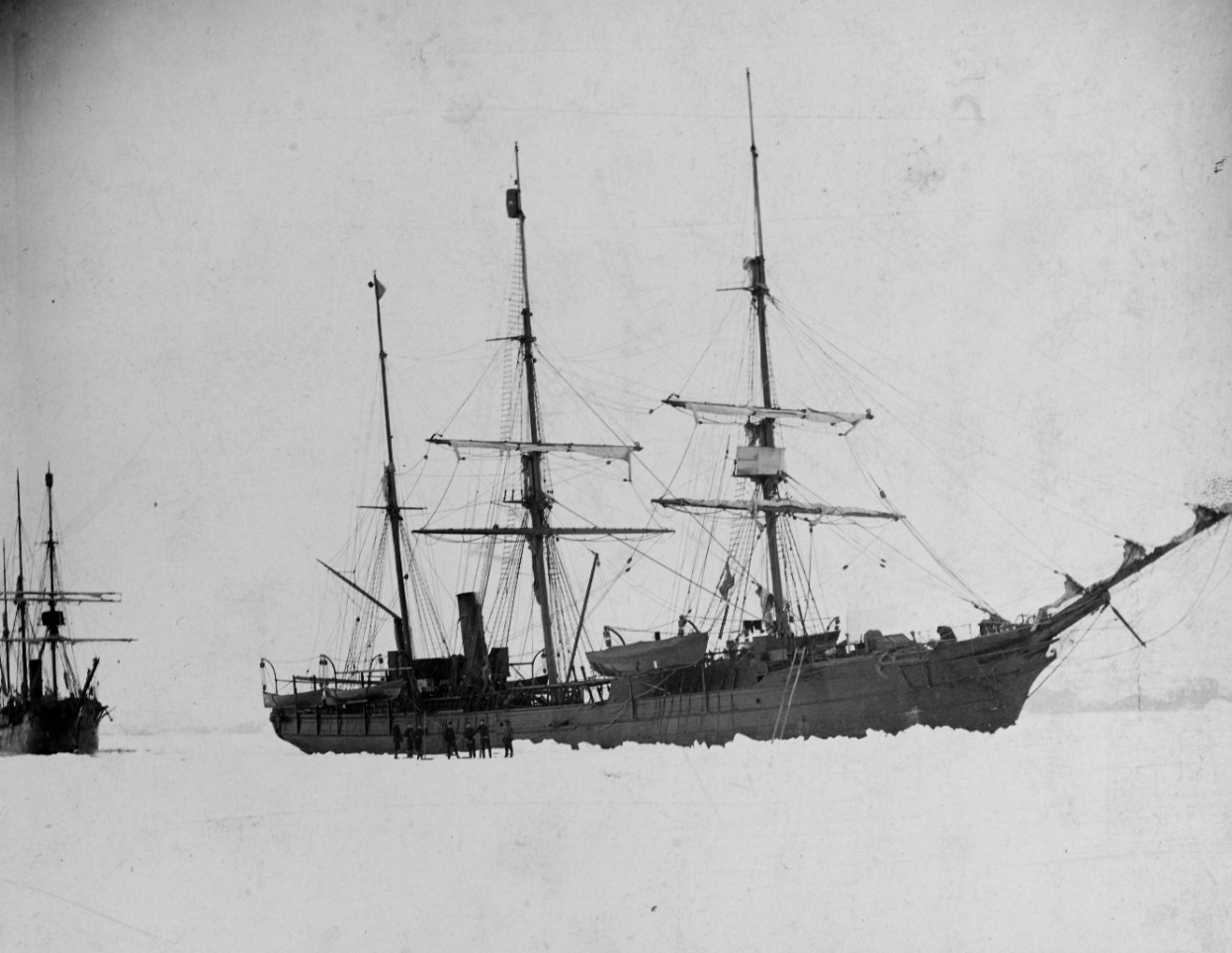 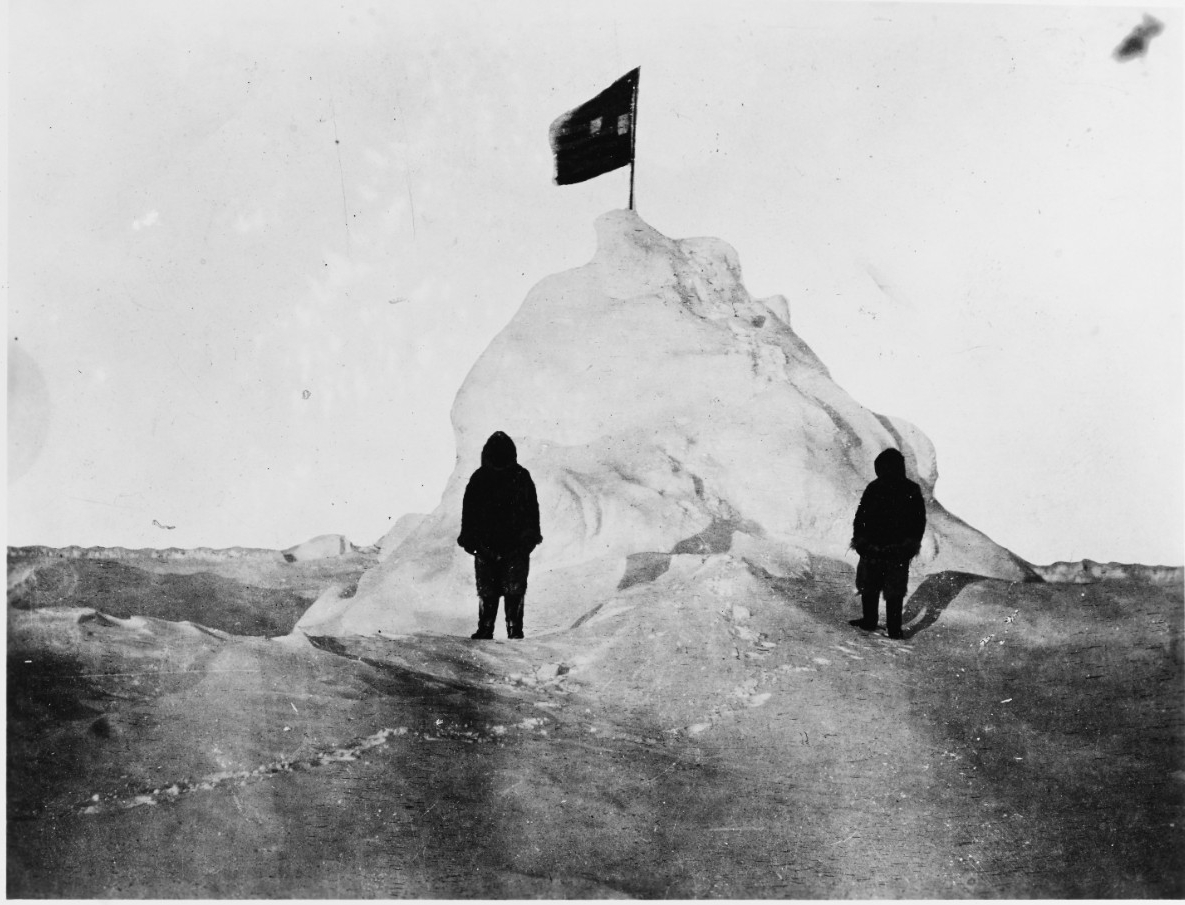 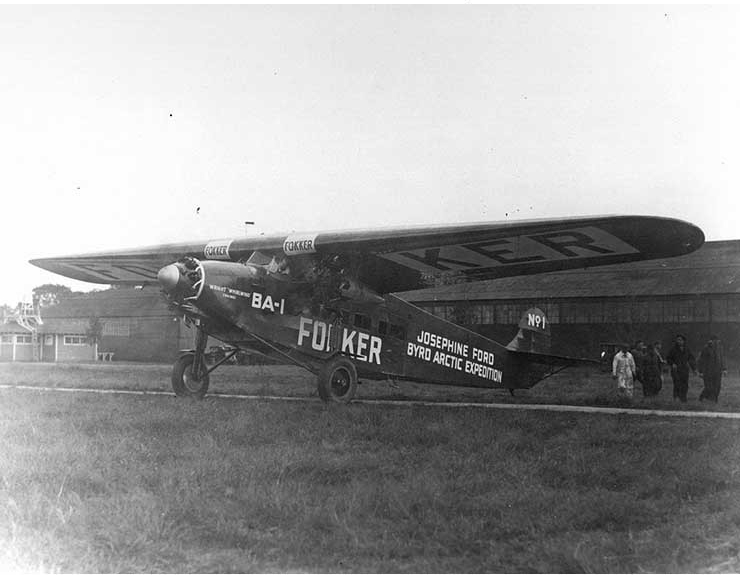 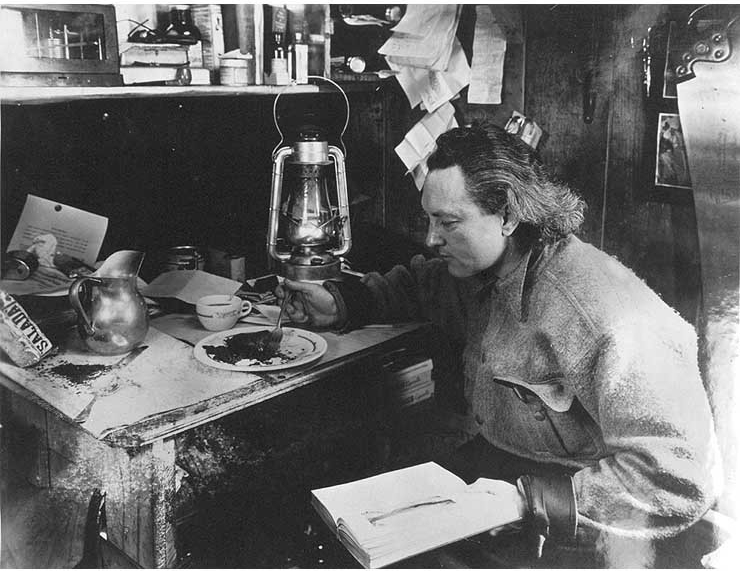 Rear Admiral Richard E. Byrd eating in his shack at Little America, Antarctica, circa late October 1934. He was rescued earlier that month from his advance base where he had been in isolation for a little bit longer than two months. This picture was taken before he had his hair cut. Collection of Mr. Amory H. Waite. U.S. Naval History and Heritage Command photograph. Catalog#: NH 105372. 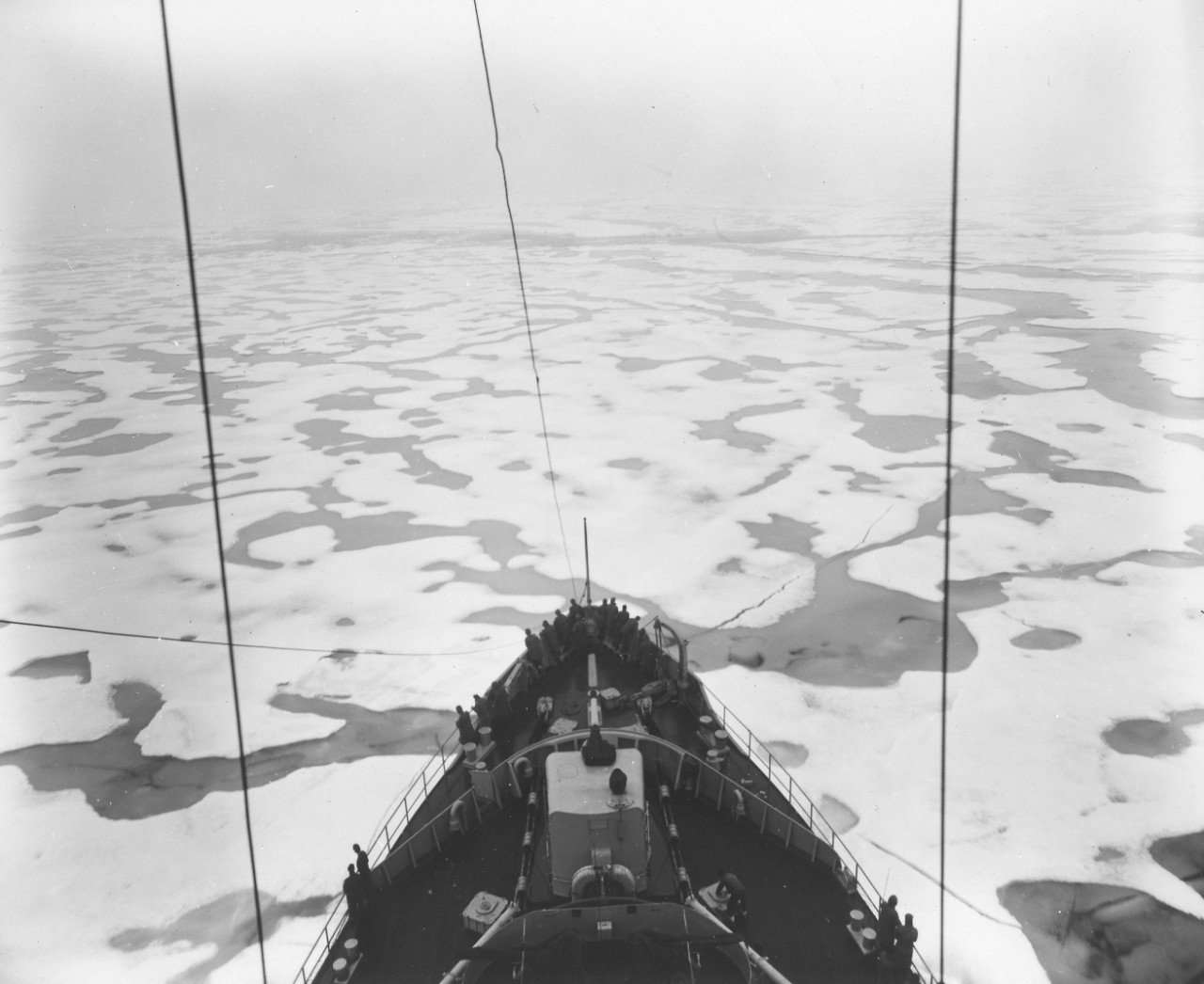 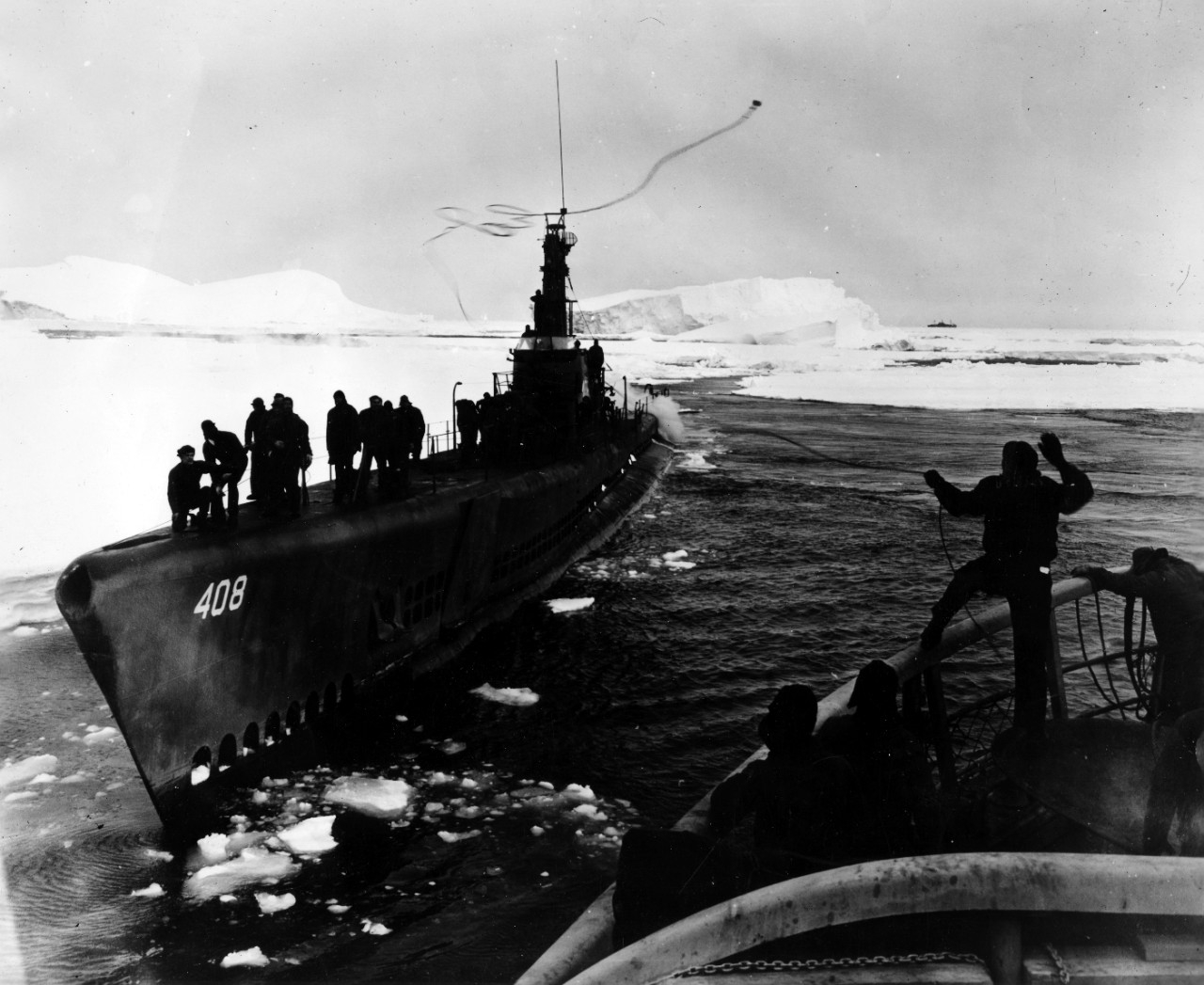 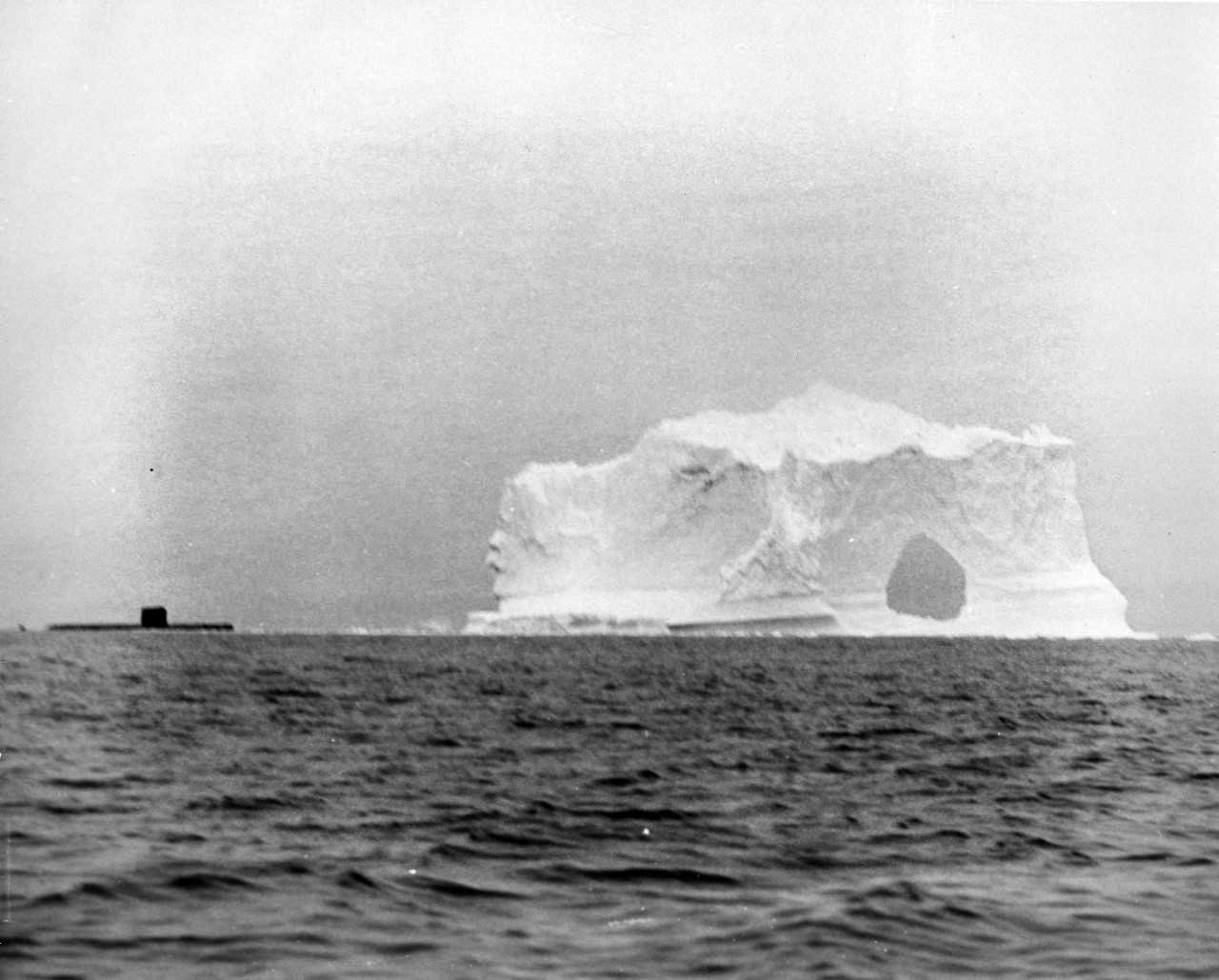 USS Seadragon (SSN-584) on its first Arctic cruise in the Fall of 1960. It was the first submarine to travel from the west to the east coast via the Northwest Passage. Admiral Robert L. Dennison Collection. Catalog#: NHF-033. 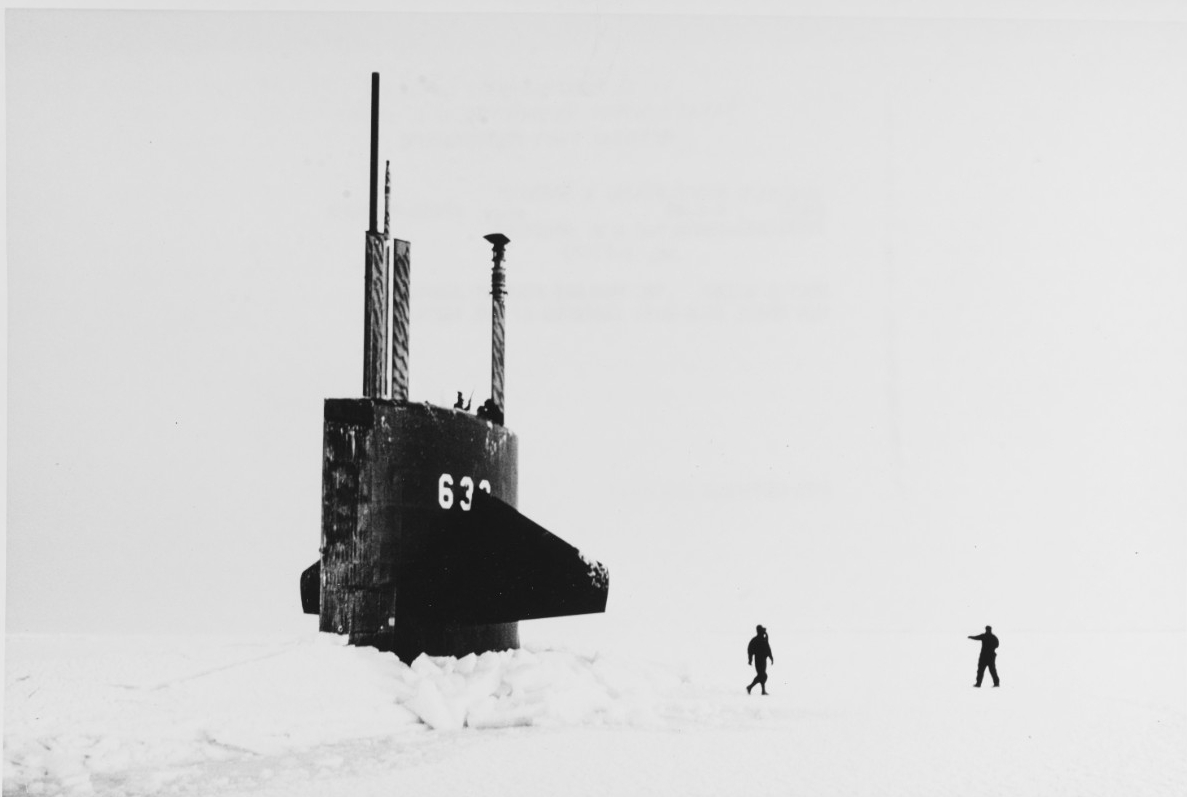 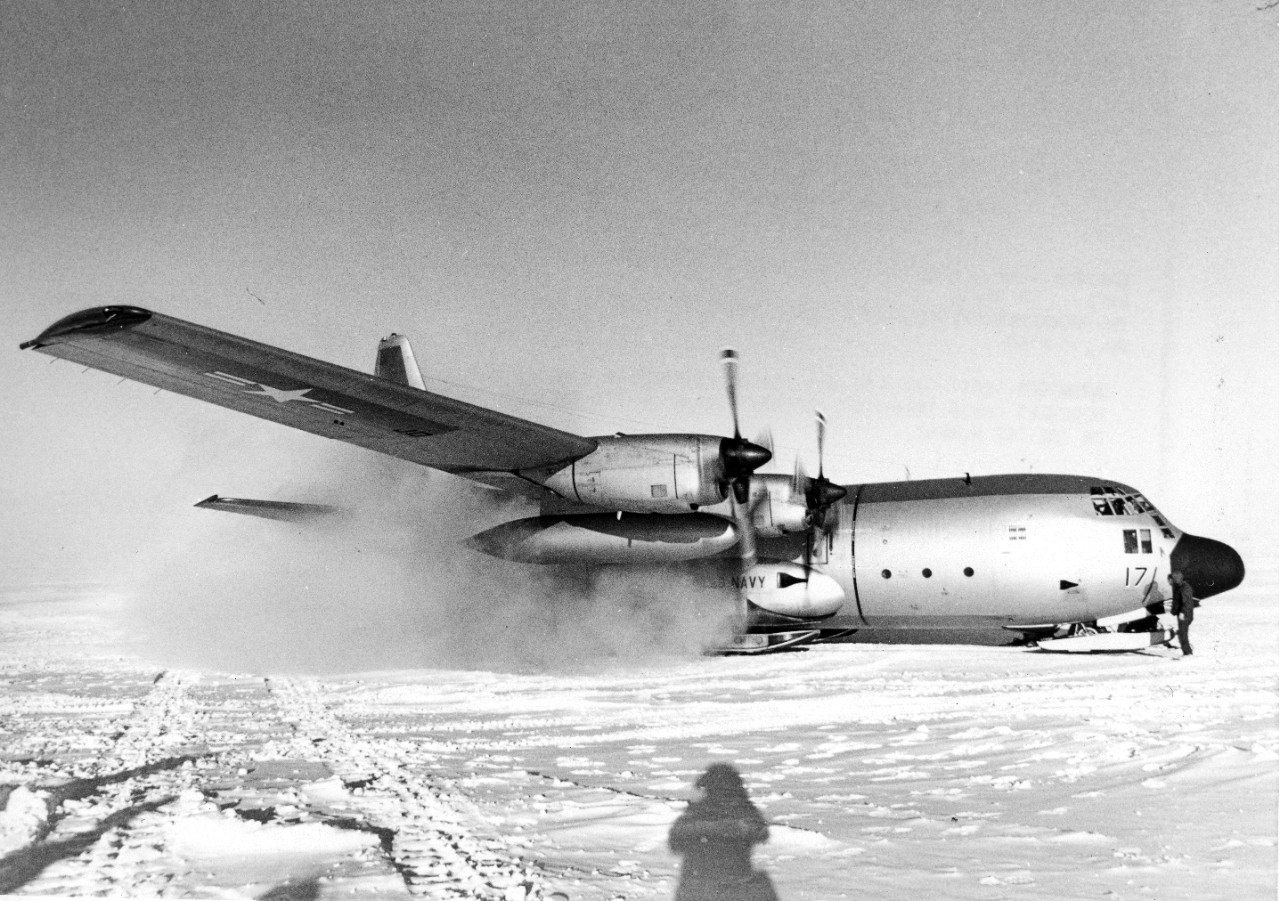 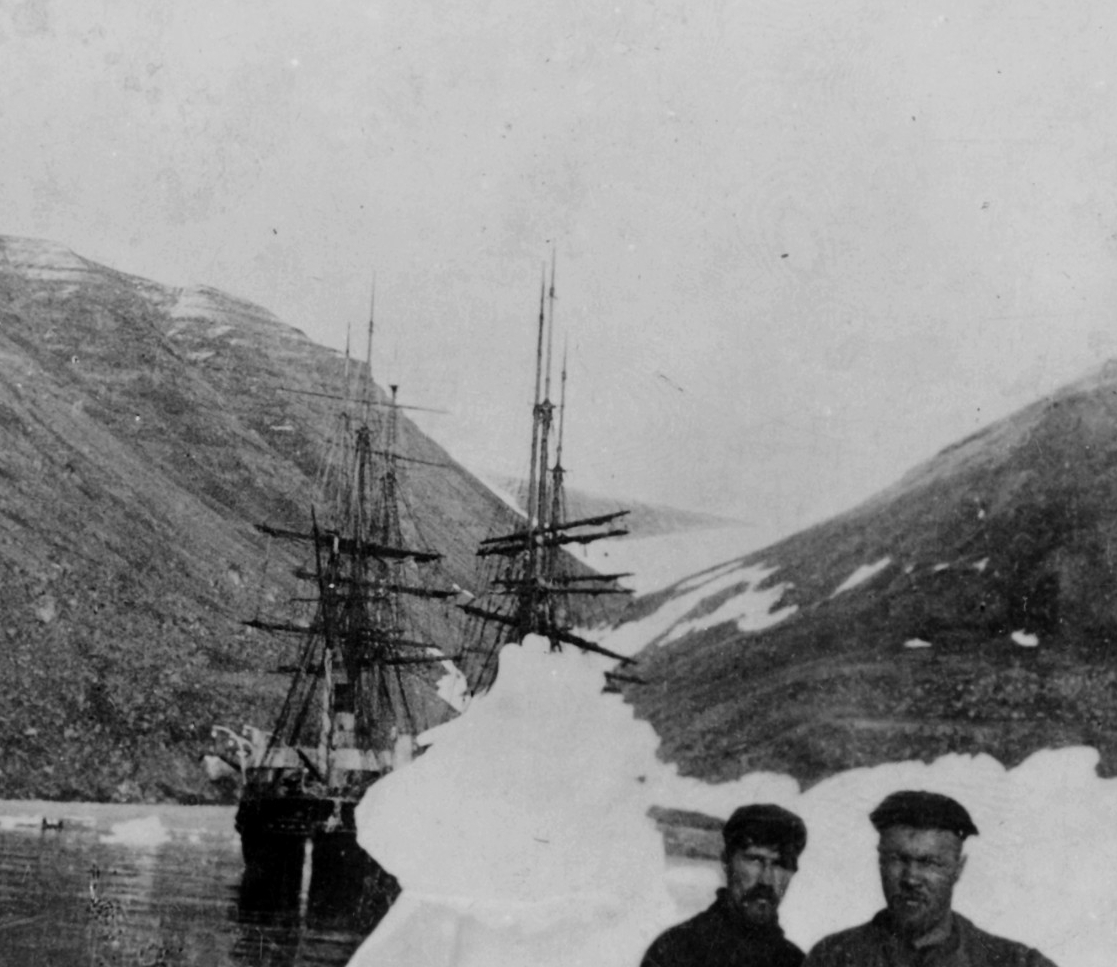 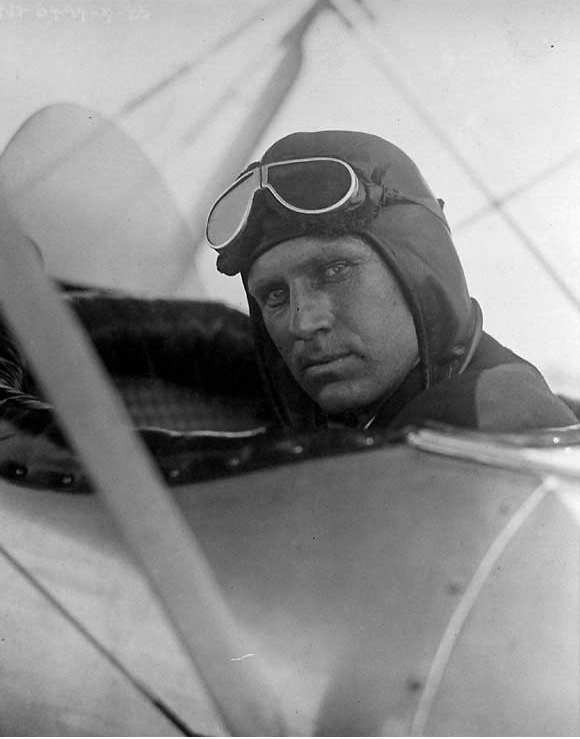 Chief Aviation Pilot Floyd Bennett, USN, served as co-pilot for Lieutenant Commander Richard E. Byrd, USN, on the MacMillian Arctic Expedition in the Summer of 1925 and the Byrd Arctic Expedition of May 1926. For the later mission, he received the Medal of Honor and commissioned to the warrant rank of machinist. U.S. Naval History and Heritage Command photograph. Catalog#: NH 55481. 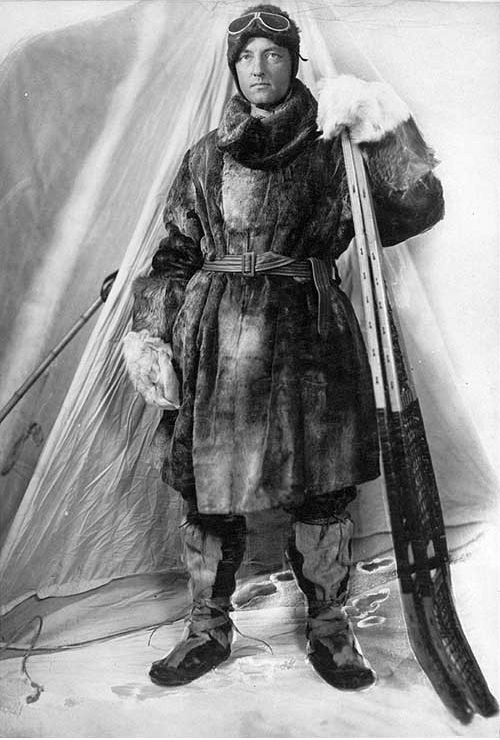 Commander Richard E. Byrd in Arctic Garb, with snow shoes, circa 1929–1930. Original caption reads, "Commander Richard E. Byrd, who is undertaking the coming expedition to the Antarctic Region. This will be the most scientific expedition ever attempted. Byrd will fly over the South Pole. Official U.S. Navy Photograph, National Archives collection. Catalog 306-NT-549A-3. 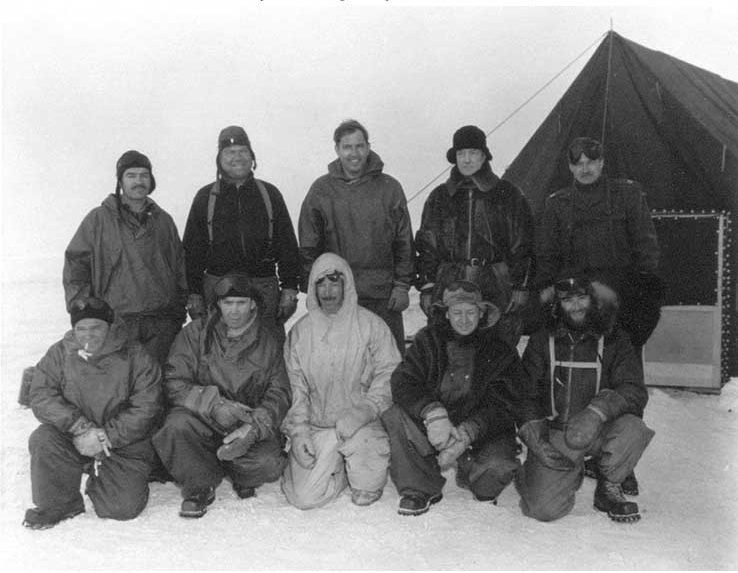 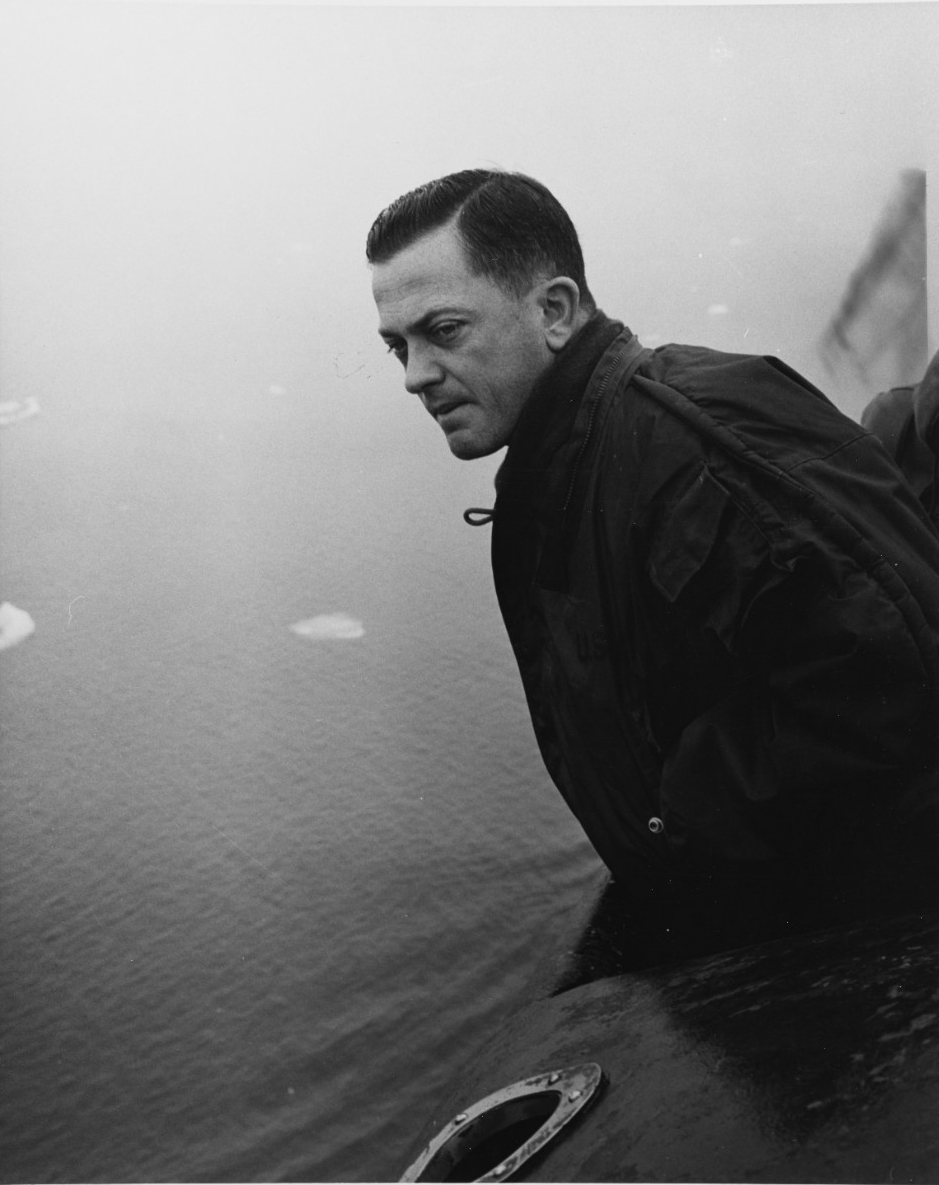 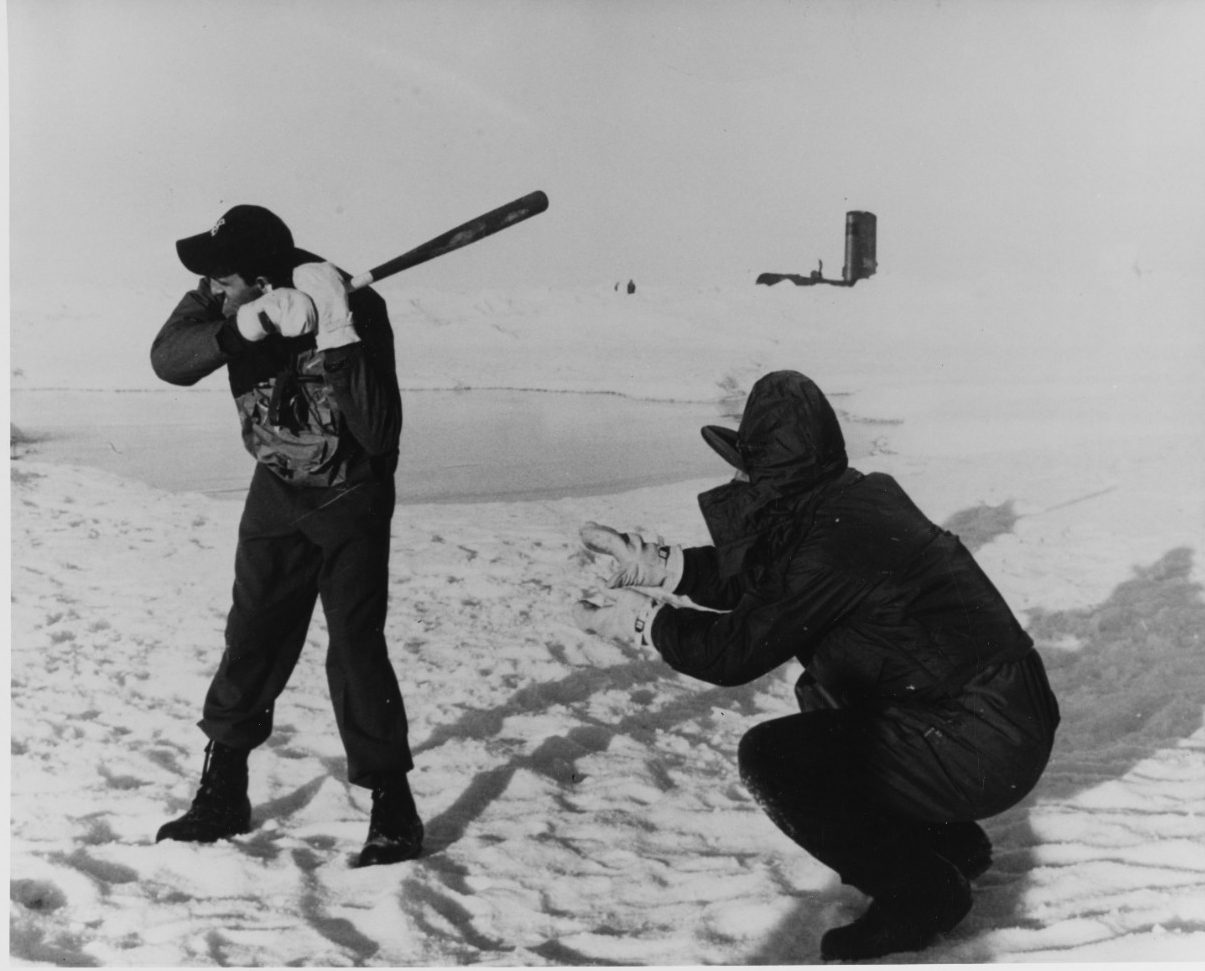 TM2 SS Thomas J. Miletich at bat is all set for the first ball to be pitched in the first game played at the North Pole. Ready to stop anything that gets by Miletich, is catcher Lieutenant Junior Grade Vincent Leahy, USN. Both are crew members of USS Seadragon (SSN-584), taken on 15 September 1960. Copyright Owner: National Archives. Catalog #: USN 1050057. 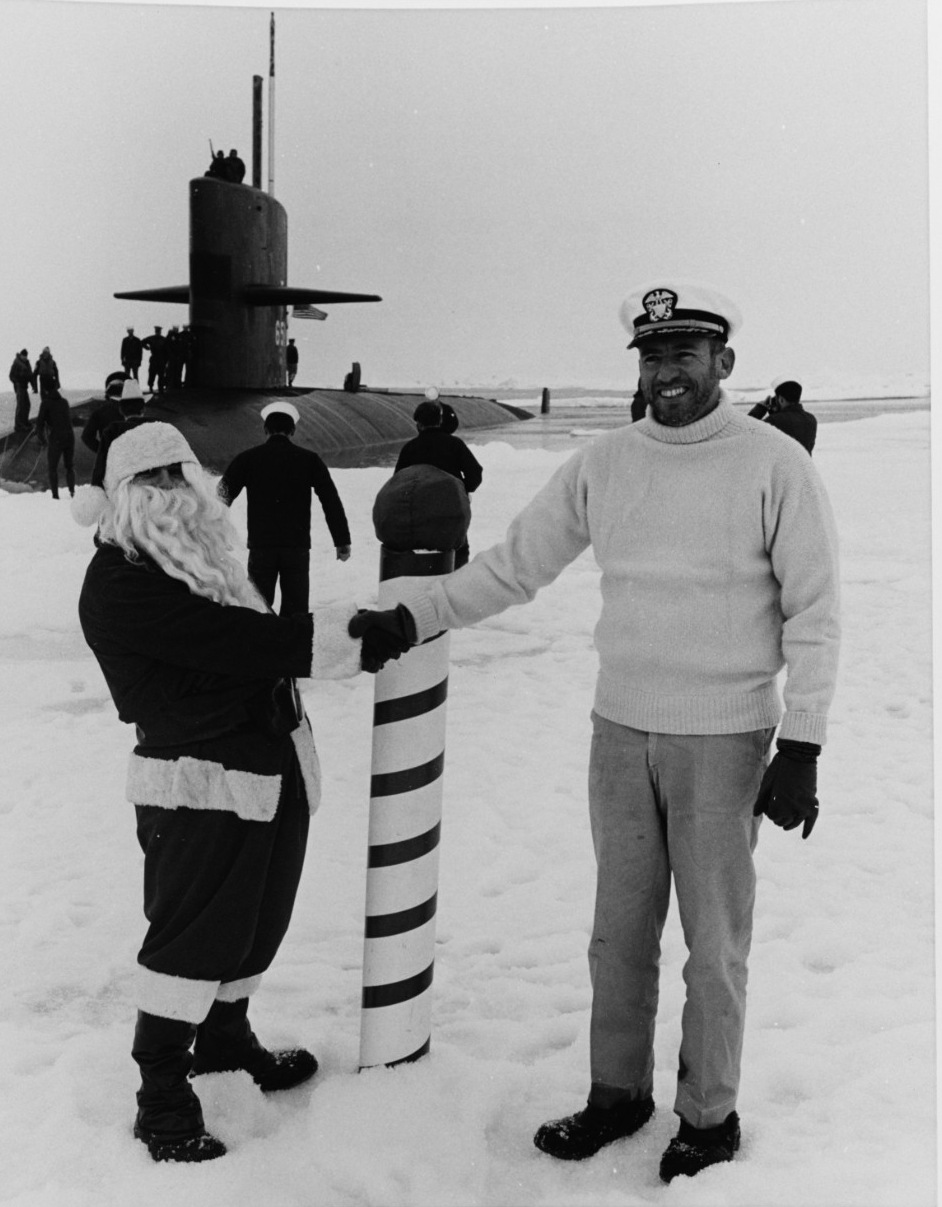