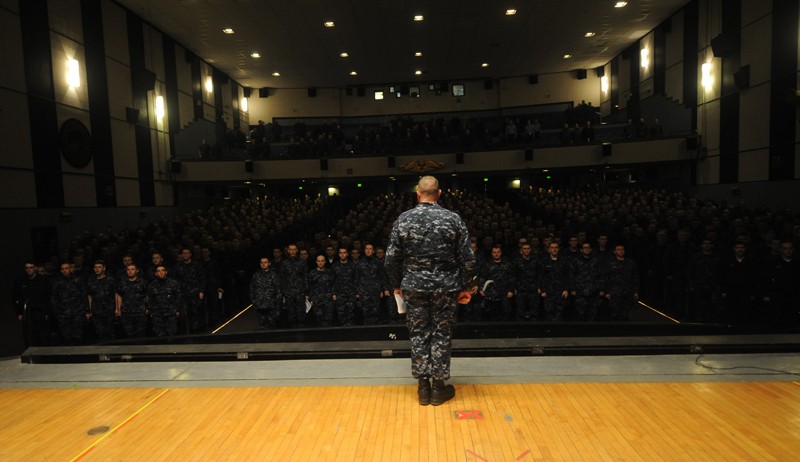 I will support and defend the Constitution of the United States of America
and I will obey the orders of those appointed over me.

I represent the fighting spirit of the Navy and those who have gone before me
to defend freedom and democracy around the world.

I proudly serve my country's Navy combat team with Honor, Courage and Commitment.

I am committed to excellence and the fair treatment of all.

Written standards, or codes, are intrinsic to maintaining discipline throughout the Navy. Some, such as the Code of Conduct for Members of the Armed Forces of the United States, apply to all members of the U.S. Armed Forces. Other codes are specific to the Navy, such as The Sailor’s Creed ─ which focuses on self-respect, respect for others, and core values of honor, courage, and commitment. The Sailor’s Creed governs virtually all aspects of a Sailor’s existence while in the Navy. It is a staple of Navy culture, often recited like a pledge of allegiance, reminding all service members of whom they are, and why they serve.

The Sailor’s Creed was written by a Blue Ribbon Recruit Training Panel in 1993 at the direction of Chief of Naval Operations Admiral Frank Kelso, who personally participated in the final edit of the working group’s proposal. Admiral Kelso then directed that every recruit be given a copy and be required to commit it to memory.

In 1994, Chief of Naval Operations Admiral Jeremy Boorda approved a minor change to make the creed more inclusive of all hands by replacing the word “bluejacket” with “Navy,” which describes the lowest enlisted rate, E-1, through the highest officer rank, O-10. After 1997, the words “my superiors” were replaced with “those appointed over me.” Today, The Sailor’s Creed is memorized by all personnel in boot camp and has been incorporated into officer training as well. The Chief Petty Officer pinning ceremony includes both the Chief Petty Officer’s Creed and The Sailor’s Creed.

All personnel in the uniform of naval service are Sailors first, and in addition they are officers, chiefs, petty officers, aviators, Seabees, surface warriors, and submariners. This is an important point impacting unity and esprit de corps. 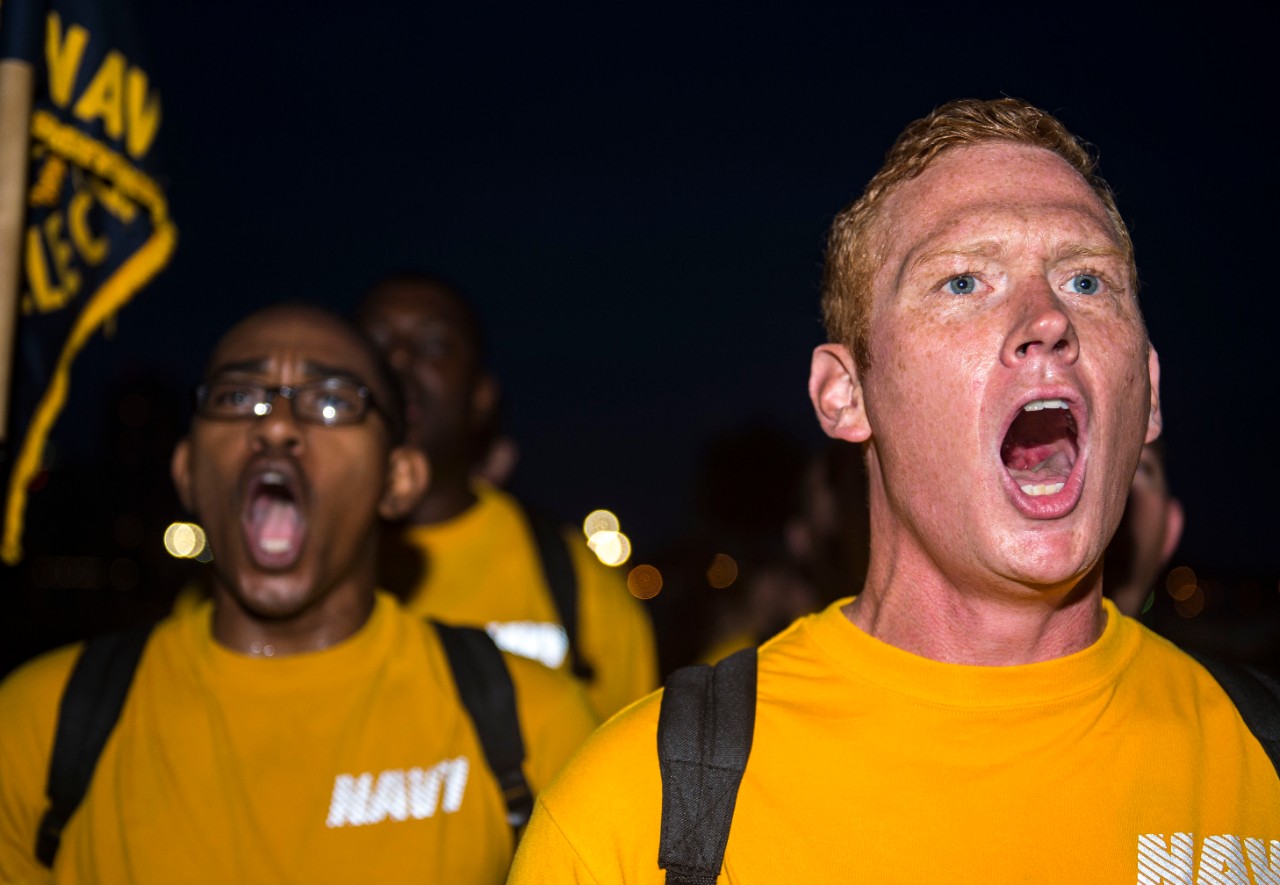 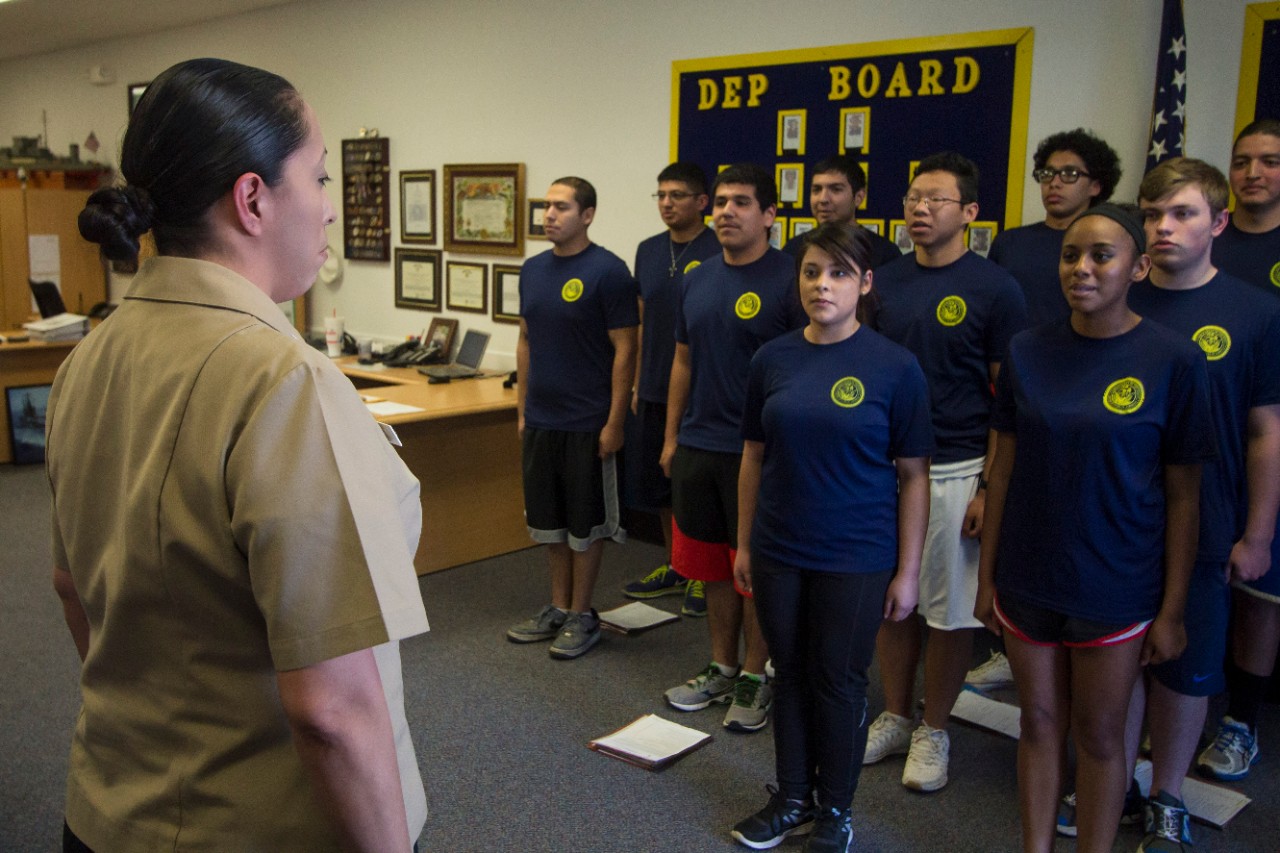 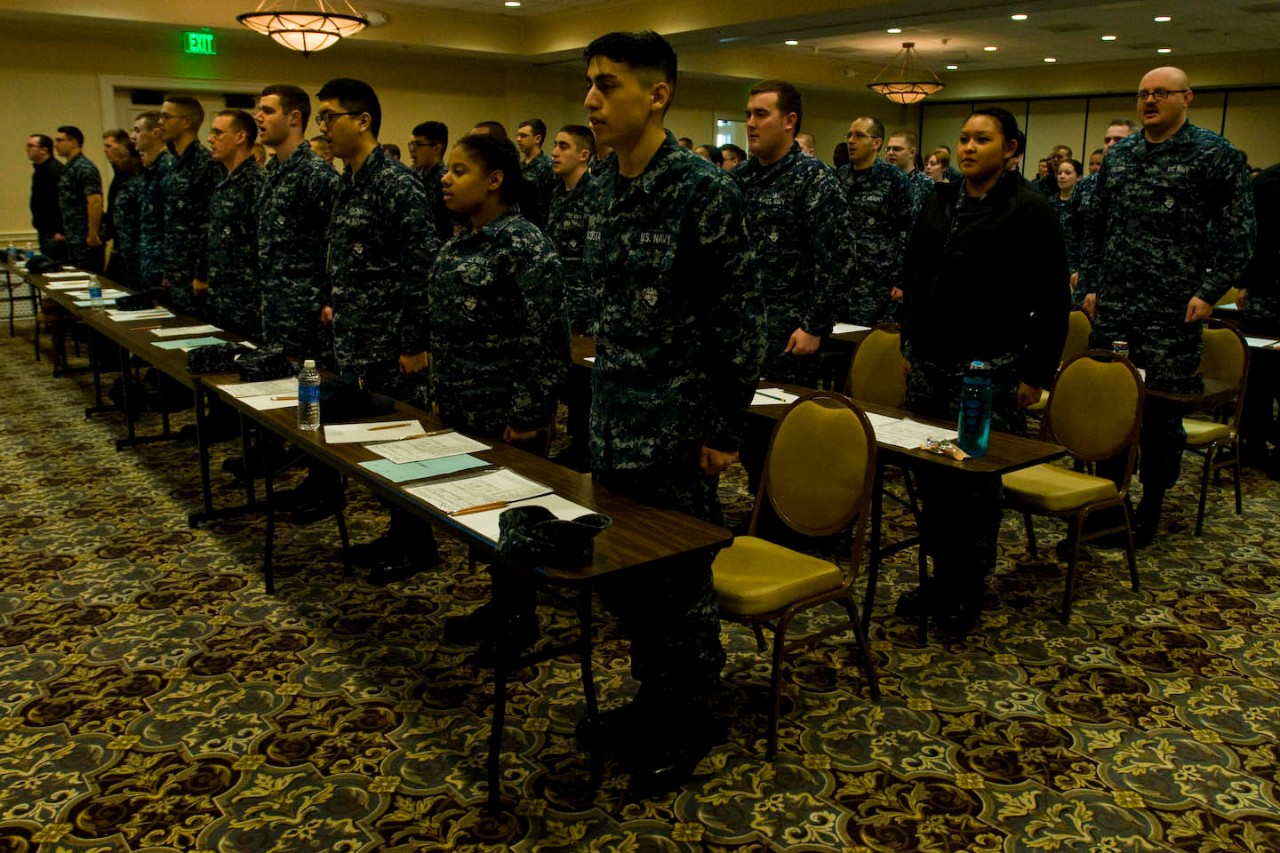 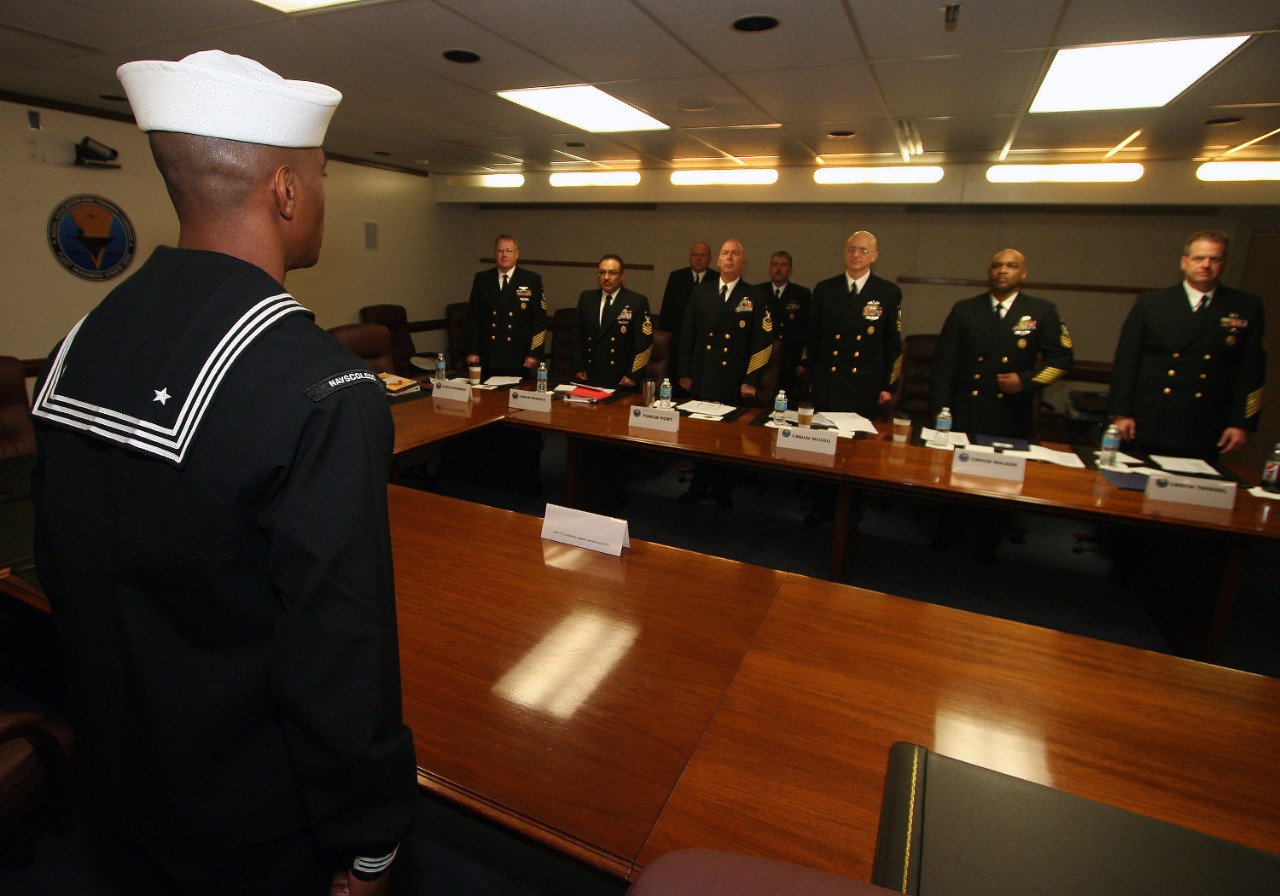 Command master chiefs from Naval Education and Training Command's (NETC) domain listen to Engineman 1st Class Sivenson Guerrier recite The Sailor’s Creed during his Sailor of the Year board.