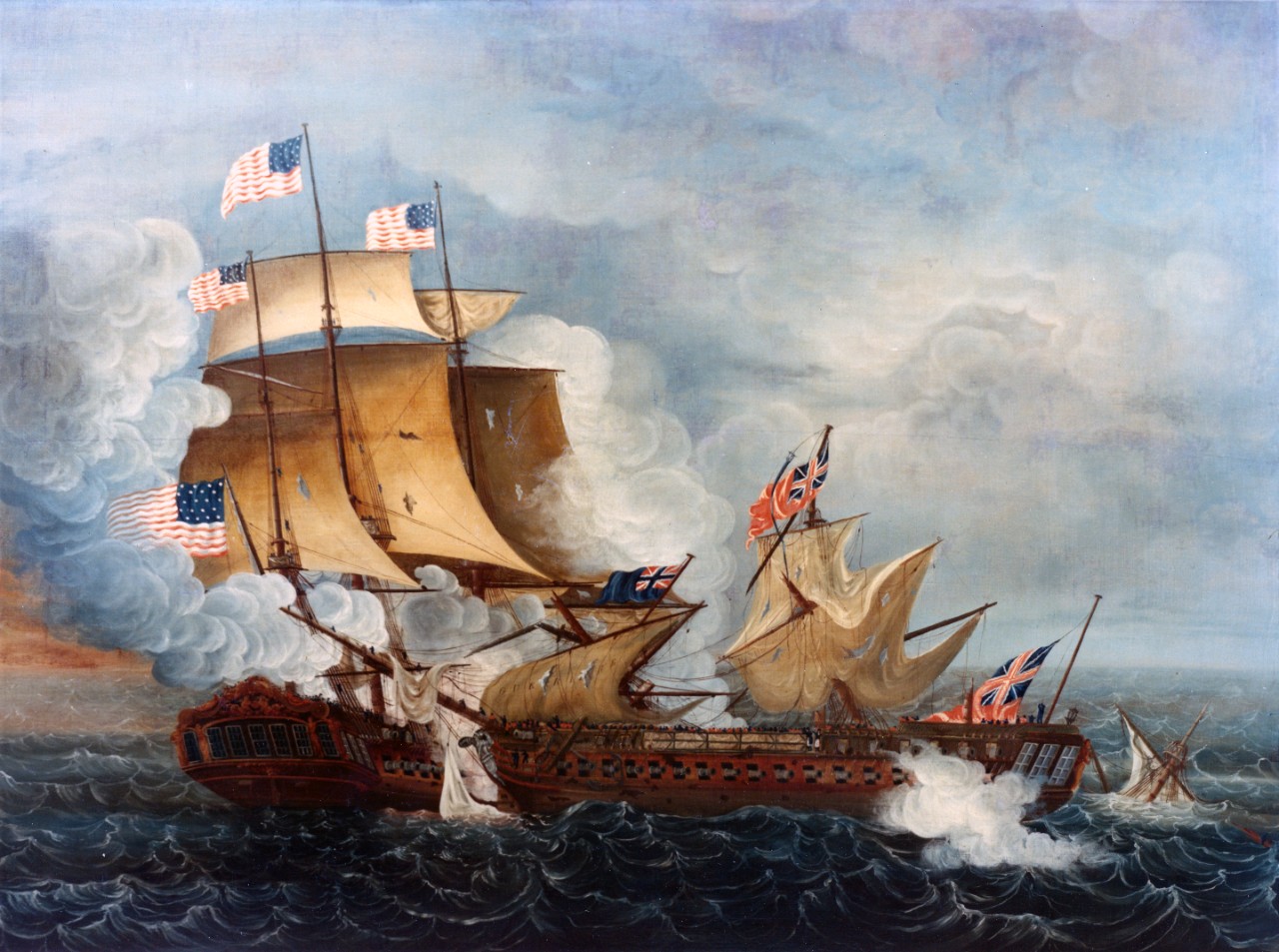 Action between USS Constitution and HMS Guerriere, 19 August 1812. Attributed to Thomas Birch (1779–1851). It depicts Constitution standing off the dismasted British frigate's bow as the latter strikes her flag in surrender. Click image to download. (KN-10953)

Striking the flag, also referred to as striking the colors, is a universal indicator of surrender. Once a ship’s flag is lowered, it is considered a violation of international standards to continue to engage the surrendered ship in warfare.

However, the heat of battle has been known to disrupt this generally accepted custom. On 18 June 1864, Kearsarge engaged the Confederate ship, C.S.S. Alabama, off the coast of Cherbourg, France. Alabama’s commanding officer, Captain Raphael Semmes, gave an account of the battle in which Kearsarge continued to fire after Alabama had lowered her flag:

“I now hauled down my colors to prevent the further destruction of life, and dispatched a boat to inform the enemy of our condition. Although we were now but 400 yards from each other, the enemy fired upon me five times after my colors had been struck, dangerously wounding several of my men. It is charitable to suppose that a ship of war of a Christian nation could not have done this intentionally.”

Captain John Winslow, the commanding officer of Kearsarge, challenged this account and submitted his own testimony that Alabama had continued to fire after surrendering.

The U.S. Understanding of the Laws of Naval Warfare in the 18th and 19th Centuries

Capture of the Frigate USS Philadelphia 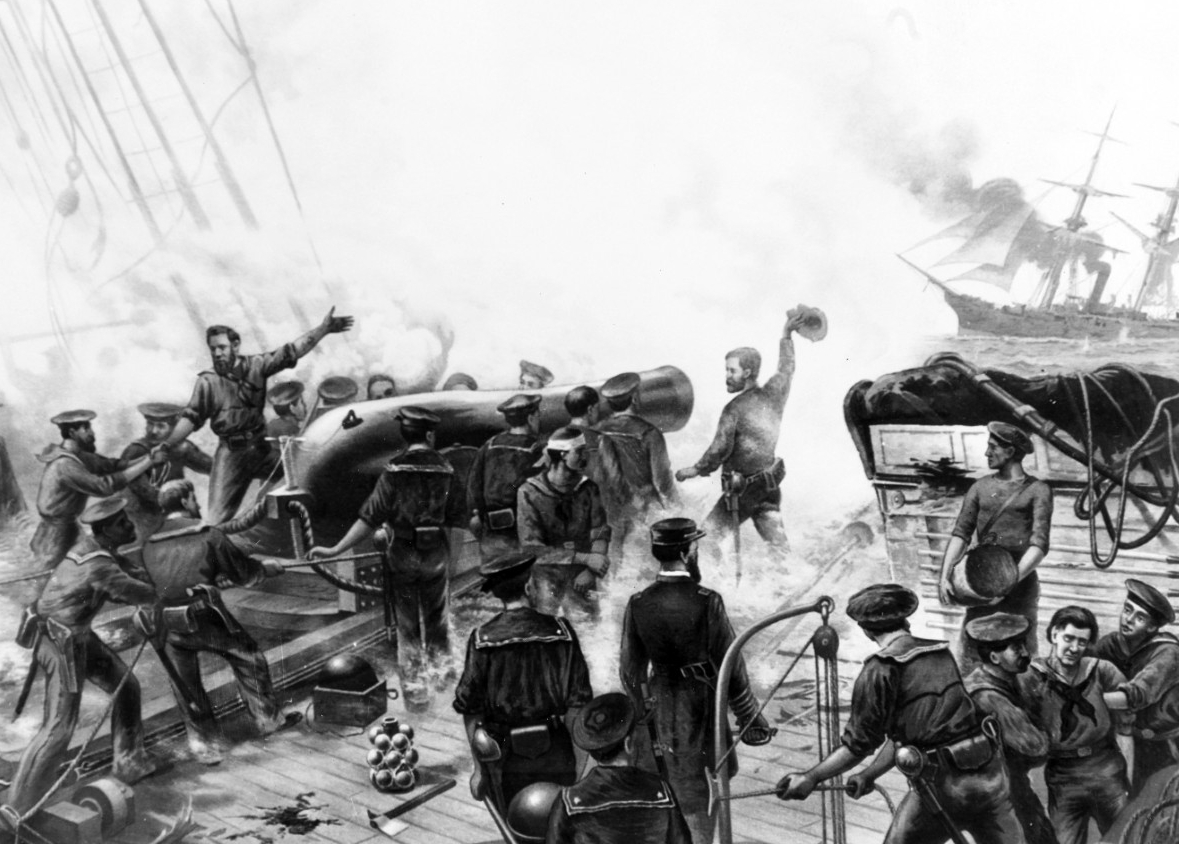 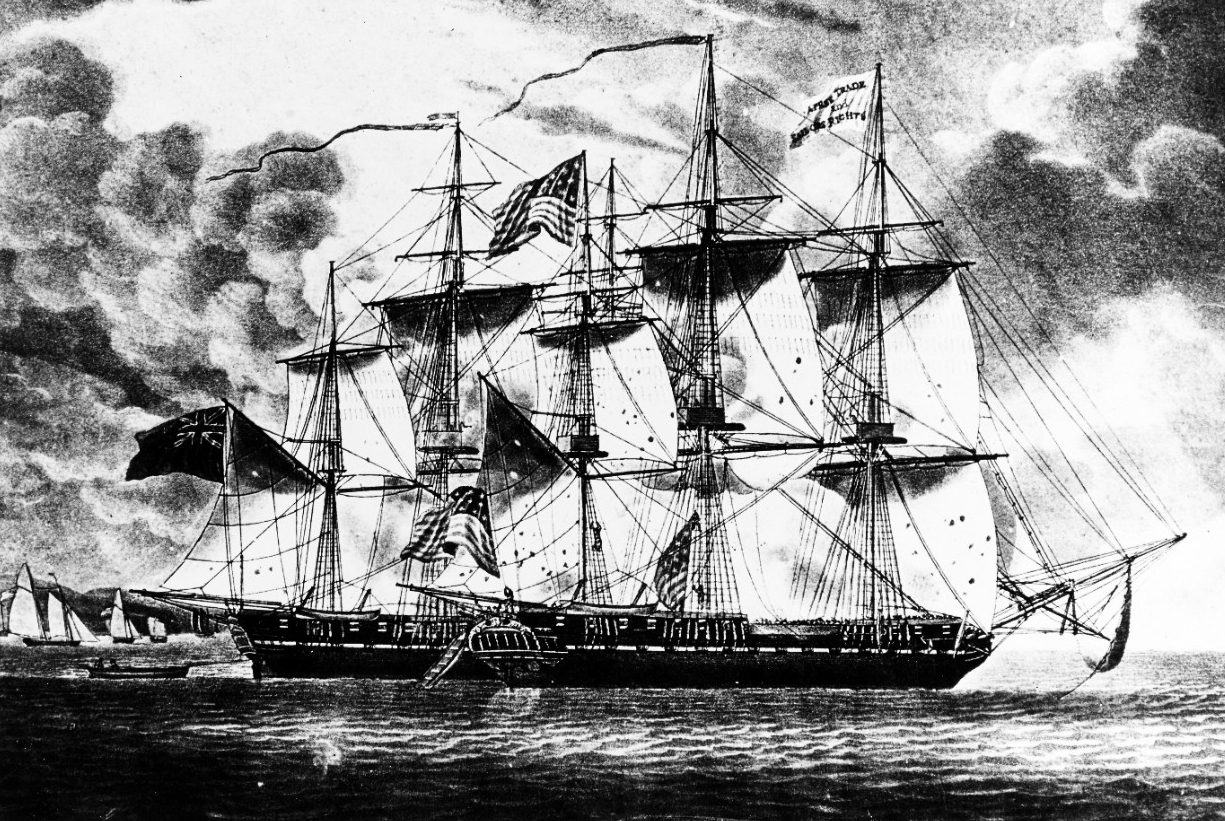 Engagement between USS Chesapeake and HMS Shannon, 1 June 1813. Print published by R. Dodd, London, August 1813. It depicts Chesapeake at the moment of striking her flag to Shannon. (NH 43128)