A Confederate Shipwreck in France 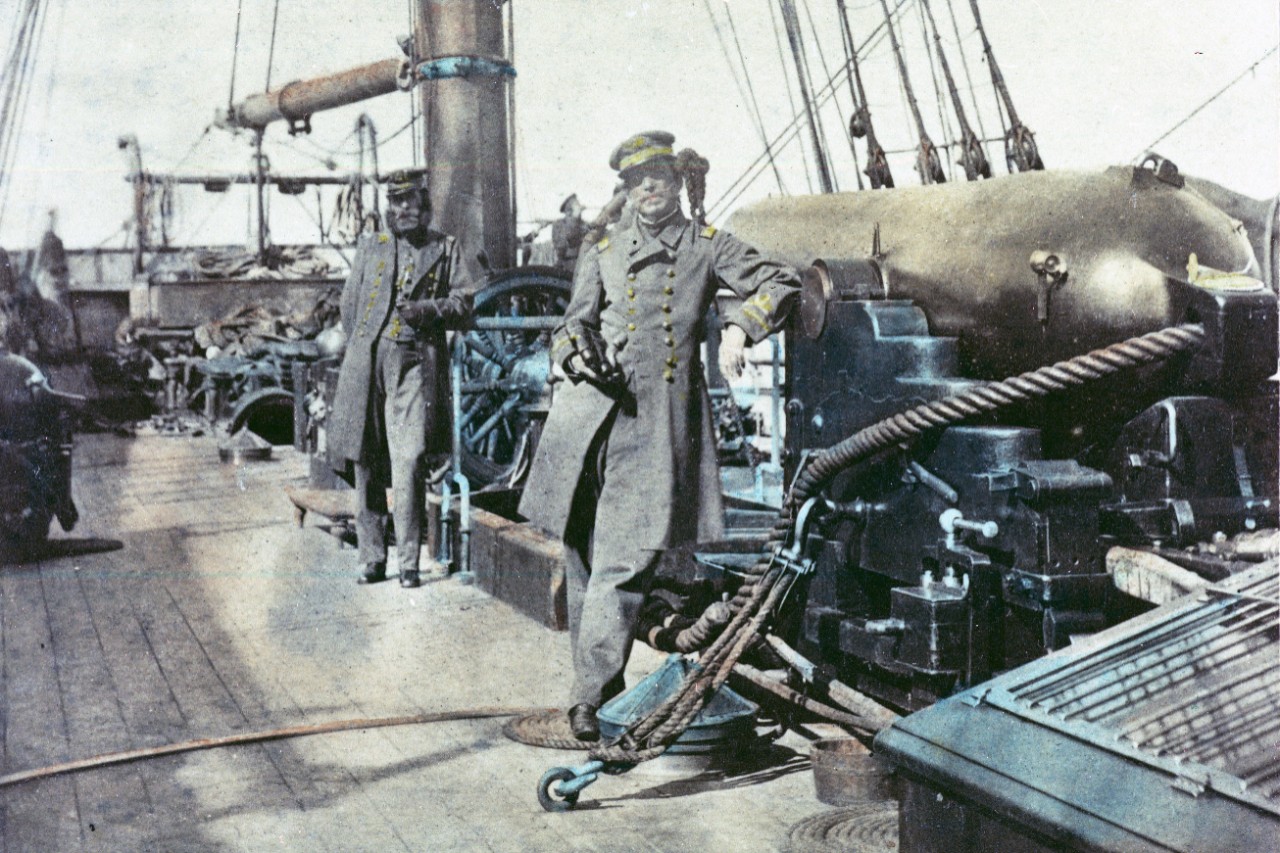 Caption: Captain Raphael Semmes (foreground) and his executive officer, Lieutenant John M. Kell (background), on the deck of Alabama during a visit to Capetown in August 1983.

In 1862, John Laird Sons and Company of Liverpool, England built the screw sloop-of-war Alabama for the Confederate States of America. Launched as Enrica, the vessel was fitted out as a cruiser and commissioned as CSS Alabama on 24 August 1862. Under Captain Raphael Semmes, Alabama spent the next two months capturing and burning ships in the North Atlantic and intercepting American grain ships bound for Europe. Continuing its path of destruction through the West Indies, Alabama sank USS Hatteras near Galveston, Texas, and captured its crew. After visiting Cape Town, South Africa, Alabama sailed for the East Indies where it spent the next six months cruising for enemy shipping. While there, the formidable commerce raider destroyed seven more ships before rounding the Cape of Good Hope and returning to Europe.

On 11 June 1864 Alabama arrived at Cherbourg, France and Captain Semmes requested the permission of city officials to dock and overhaul his ship. Three days later, the Union sloop-of-war Kearsarge, which had been pursuing the raider, arrived off Cherbourg and began patrolling just outside of the harbor. On June 19, Alabama sailed out of Cherbourg to engage Kearsarge. As Kearsarge turned to meet its opponent, Alabama opened fire. Kearsarge’s crew waited until the distance between both vessels closed to less than 1,000 yards before returning fire. According to survivors of the battle, the two ships steamed on opposite circular courses as each commander tried to cross the bow of his opponent to deliver a heavy raking fire. The battle quickly turned against Alabama due to the poor quality of its powder and shells; by contrast, Kearsarge benefited from additional protection provided by chain cables along its sides.

Approximately one hour after firing the first shot, Alabama had been reduced to a rapidly sinking hulk. According to witnesses, Alabama fired 150 rounds to the Kearsarge’s 100. When a shell fired by Kearsarge tore open a section of Alabama’s hull at the waterline, seawater quickly rushed through the cruiser and forced it to the bottom. Semmes subsequently struck his colors and sent a boat to surrender to his opponent. Although Kearsarge’s crew rescued most of the raider’s survivors, the British yacht Deerhound picked up Semmes and 41 others who escaped to England. During its two-year career as a commerce raider, Alabama inflicted considerable disorder and devastation on United States merchant shipping throughout the globe. The Confederate cruiser claimed more than 60 prizes with a total value of approximately $6,000,000.


The Wreck
One hundred and twenty years after Alabama’s loss, the French Navy mine hunter Circe discovered a wreck in approximately 200 feet of water off Cherbourg, France. French Navy Commander Max Guerout later confirmed that the wreck represented Alabama’s remains.

In 1988, the non-profit organization Association CSS Alabama was founded to conduct scientific exploration of the shipwreck. Although Alabama is within French territorial waters, the United States government claims ownership of the wreck as a spoil of war. On October 3, 1989 the United States and France signed an agreement that recognized CSS Alabama as an important heritage resource of both nations and established a joint French-American Scientific Committee to oversee archaeological investigation of the wreck. Ratification of the agreement established a precedent for international cooperation as it applies to archaeological research, as well as the protection of unique historic shipwrecks.

At the behest of the Naval Historical Center, members of the National Park Service’s Submerged Resources Center (NPS-SRC) traveled to Cherbourg in June 1993 to evaluate the French archaeological team responsible for investigating Alabama’s remains. This was the first time that American archaeologists actually visited the site; during previous visits, American scholars and scientists were only able to observe videotape of the French team at work, or debrief divers once they returned to the surface. NPS-SRC reported to the Director of Naval History that the French archaeologists conducted quality work at Alabama, despite difficult on-site conditions.

In July 2002, the Naval Historical Center and the Naval Surface Warfare Center, Carderock Division (NSWCCD) collaborated on remotely operated vehicle (ROV) operations to assist an archaeological investigation of Alabama. The Institute for International Maritime Research Inc. based in Washington, N.C. carried out the 2002 project for the CSS Alabama Association and the Association CSS Alabama. Dr. Gordon P. Watts, Jr. served as Principal Investigator. The 2002 investigations marked 18 years of previous research at the Alabama wreck site.

In spite of generally poor weather conditions, French and American archaeologists, French volunteer divers, and French Navy personnel continued excavation of the site and recovered a number of small “at risk” artifacts, as well as one of Alabama’s two riding bitts. The 2002 investigations recovered a total of 19 objects, including the ship’s bell and its mounting bracket. The ROV phase of operations focused on providing digital video and photographic documentation for the production of a geo-referenced photomosaic ofAlabama. The NSWCCD ROV work platform included a RESON Seabat 6012, an Insite Tritech Scorpio Plus Digital Still TV Camera, a pair of Nuytco 200-watt Newlites, and an ORE Trackpoint II Plus Ultra Short Base line (USBL) system. Unfortunately, unpredictable environmental factors constrained ROV operations and thwarted efforts to develop a complete site photomosaic. Despite these problems, the 2002 ROV operations collected approximately 10 hours of quality video and more than 1,816 still images over the course of two dive periods totaling only six days. In addition, use of the ROV permitted the Principal Investigator to maintain complete and real-time quality control over the data collection process.

In 2005, the Institute for International Maritime Research, Inc., returned to Alabama to conclude research that began with the wreck’s initial discovery in 1984. Major research objectives for 2005 included: 1) mapping major elements of the exposed hull structure using an acoustic mapping system; 2) documenting the exposed wreck structure using 35-mm digital photography; 3) excavating the crew’s quarters; 4) recovery of the aft pivot gun; and 5) selective recovery of mapped and documented “at risk” artifacts.

All the artifacts recovered during the field seasons described above have been conserved and are now part of the Underwater Archaeology Branch's artifact collection. Some are on display at La Cité de la Mer in France, the Museum of Mobile in Alabama, and the National Museum of the U.S. Navy on the Washington Navy Yard, DC. 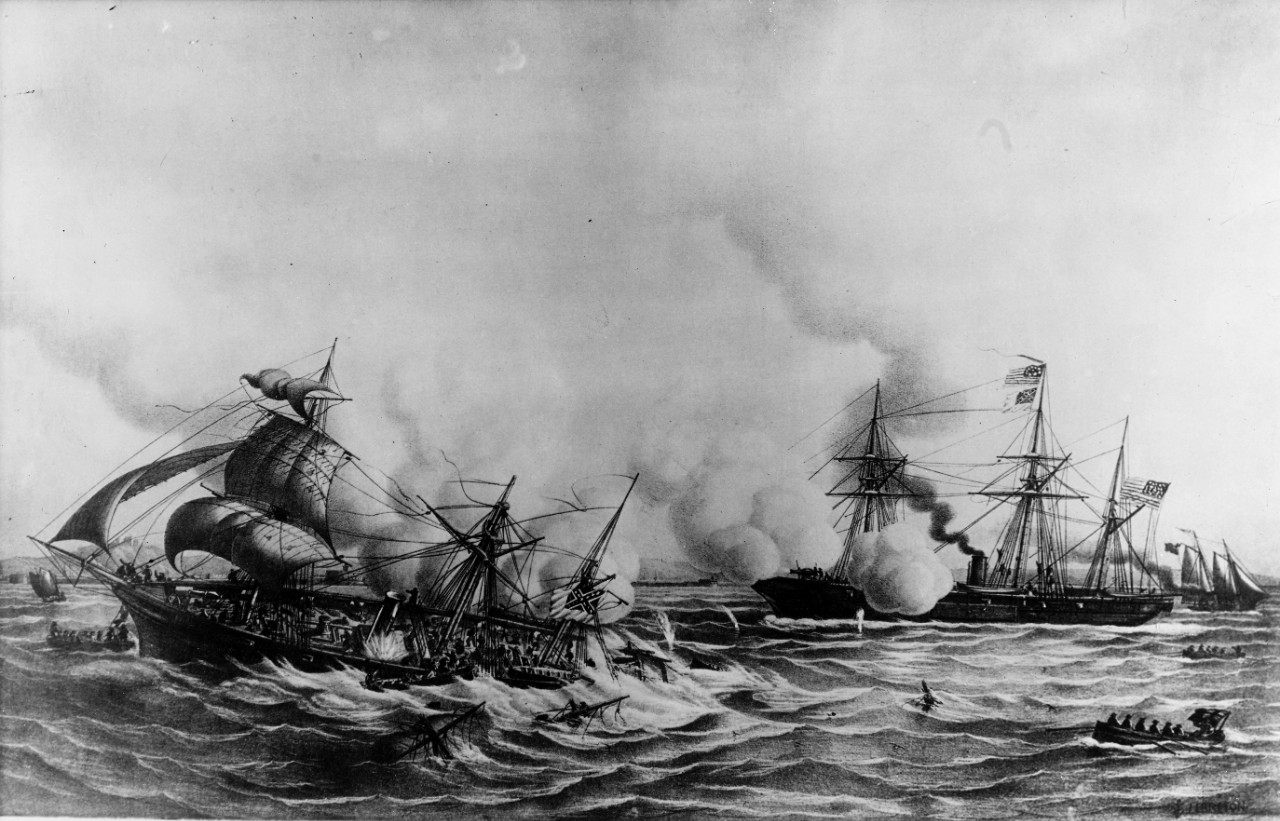 • October 1989: France and the United States sign an agreement that recognizes Alabama as an important heritage resource for both nations. In addition, a joint scientific committee is established to oversee archaeological investigation of the wreck. Ratification of this agreement establishes a precedent for international cooperation as it applies to archaeological research and protection of unique historic shipwrecks.

• 1988 – 1995: Yearly archaeological investigations at the Alabama wreck site are conducted under the direction of Commander Guerout.

• March 1995: An official agreement granting Association CSS Alabama oversight responsibility for the archaeological investigation ofAlabama is signed by the non-profit group and the Naval Historical Center. The agreement is effective for five years and can be renewed at the end of each five-year period by mutual consent.

• June 1999: After a three-year hiatus, field research at the Alabama wreck site resumes. The 1999 investigations are organized and carried out under the joint leadership of Association CSS Alabama and the CSS Alabama Association.

Captain Winslow's Report on the Sinking of C.S.S. Alabama by U.S.S. Kearsarge