The U.S. Navy Martin PBM-5 Mariner patrol bomber bureau number (BuNo) 59172, was constructed in 1944 under contract for the Navy by the Glenn L. Martin Company at their Baltimore, Maryland facility. Delivered to the Navy in January 1945, it was one of the 1,367 PBM Mariners constructed by Martin. During the World War II and Cold War eras, BuNo 59172 saw service with various Navy units in a number of capacities. Its last operational assignment was Naval Air Station, Seattle, Washington, in late 1948.

BuNo 59172 was wrecked on 6 May 1949 while being ferried across Lake Washington from Naval Air Station, Seattle to the Boeing seaplane ramp at Renton, Washington, where it was intended to be placed in storage. During a power taxi to the Boeing ramp, rapidly changing wind conditions contributed to a collision between the boat and an underwater obstruction, causing it to capsize and sink. The crew of the boat escaped unharmed. 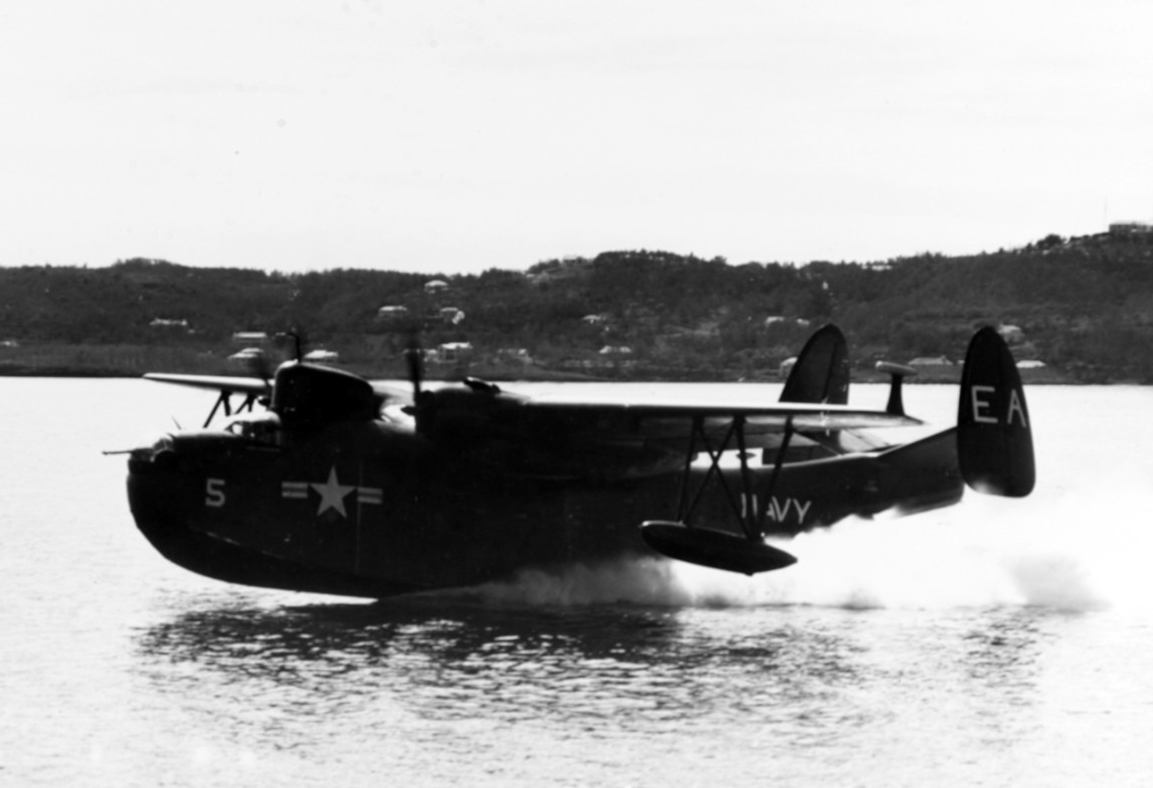 The wreck of BuNo 59172 remains where the aircraft came to rest in 1949, in the southernmost end of Lake Washington, in the vicinity of Renton, just off the old seaplane ramp at the Boeing plant. The aircraft rests on its back in 71.5 feet of water, near the mouth of the Cedar River outflow, embedded in a dense silt bottom, with between five and nine feet of overburden deposited over the wreck, depending on wing depth and wreck orientation at the point measured. The hull projects approximately 12 feet above the bottom at its highest elevation.

The flying boat continues to serve the Navy as a valuable historical and cultural resource, local dive site, and training environment for diving salvage personnel. As a U.S. Navy sunken military craft, the site is protected from unauthorized disturbance by the Sunken Military Craft Act and managed by the Naval History and Heritage Command's Underwater Archaeology Branch.

The wreck of BuNo 59172 has been the object of a number of salvage attempts over the decades and remains one of Lake Washington's most captivating and well known dive sites. Between 1980-81, over a hundred artifacts were removed and accessioned into the collection at the National Museum of Naval Aviation at Naval Air Station, Pensacola, Florida.

The wreck has long been associated with Naval Reserve Mobile Diving Salvage Unit One's Detachment 522 (NRMDSU-1 Det 522) of Naval Station Everett, Washington. The detachment used the wreck as a staging site in their operations for a number of years and was involved in the 1990 attempt to recover the aircraft in cooperation with their parent command, Mobile Diving Salvage Unit One (MDSU-1) of Naval Station Pearl Harbor, Hawaii. The project was discontinued following the unfortunate work-related death of a Detachment 522 diver due to a preexisting heart condition.

Personnel from MDSU-1 returned to the wreck site in March of 1994 to assess the feasibility of another salvage attempt. They concluded that a recovery of the aircraft with minimal further damage was feasible, and that such a project would not only help to place this aircraft in the collections of the National Museum of Naval Aviation for the purpose of active preservation and public education, but would also provide a valuable and challenging training exercise for a number of Naval Reserve Mobile Diving and Salvage Unit Detachments.

In 1992, the non-profit Mariner/Marlin Association began formulating a plan for a potential future recovery effort. Their activities included identifying an appropriate museum to house the aircraft, helping to formulate a recovery plan, and determining the best means of transporting the aircraft to the museum. In 1995, the Association requested permission and assistance from the Chief of Naval Operations and the Naval History and Heritage Command (NHHC) (then known as the Naval Historical Center) in recovering BuNo 59172. In 1996, MDSU-1 was tasked to undertake this activity. Some logistical support was provided by NRMDSU-1 Det 522, NHHC, and the Mariner/Marlin Association. Other agencies which became involved in supporting this cooperative effort included the Washington State Office of Archaeology and Historic Preservation; the U.S. Army Corps of Engineers, Seattle District; and the Advisory Council on Historic Preservation, Western Review Office. The Boeing Corporation provided a substantial amount of additional cooperation and logistical support during the course of the project.

The project to recover BuNo 59172 took place from 19 August to 23 October 1996. The two basic objectives of the exercise were (1) to recover the aircraft, and (2) to provide a marine salvage training evolution for Naval Reserve Mobile Diving and Salvage Unit Detachments, while ensuring maximum safety protection for participating personnel, and protecting dedicated equipment resources to as great an extent as possible. Over 500 dives were conducted during the course of this project, providing an exceptional level of realistic training in difficult but controlled conditions using a variety of different tools and techniques. The training value of the activity became apparent when Mobile Diving Salvage Unit Two (MDSU-2), MDSU-1's east coast counterpart, was tasked to participate in the recovery of the wreck of the TWA Flight 800 Boeing aircraft off East Moriches, New York. MDSU-2 undertook the assignment during the same period that MDSU-1 and MDSU-2 active duty and reserve personnel were training on the PBM site.

While the training objective of this mission was achieved with exceptional results, the concurrent goal of recovering the aircraft intact for museum preservation was not. After over a month and a half of laborious overburden removal efforts, and several unsuccessful attempts to free the upside-down aircraft from bottom suction and inertia in order to elevate it in preparation for righting, the final introduction of strain concluded with the rear of the aircraft separating from the rest of the fuselage. At this time it was decided to (1) recover the tail section, document it, and turn it over to the National Museum of Naval Aviation for a restoration project that may allow it to be displayed as a stand-alone exhibit for memorialization and educational purposes, (2) suspend salvage operations, (3) remove all potentially hazardous features on the site, and (4) seal off all accessible penetration points with mesh screens or blanking plates in order to make the site safe for sport divers. All four of these activities were successfully executed. The tail section is currently on display at Prima Air & Space Museum in Arizona .

Following the 1996 recovery attempt, the Navy considered three options for site management: (1) complete recovery at a future time, (2) preservation in place, or (3) preservation in place coupled with its development as a dive preserve. The second option, in situ preservation, is the Navy's preferred policy for site management of sunken military craft and current position regarding the wreck of BuNo 59172. However, complete recovery remains a potential long-term option through the NHHC permitting program, which provides a mechanism to authorize intrusive investigations and recovery of sunken military craft. Responsible divers and local dive groups continue to visit the wreck and provide valuable information to the Underwater Archaeology Branch on the condition and state of preservation of the site.

In 2018, as part of a PhD dissertation on current trends in the Aviation Archaeology profession, the PBM 59172 wreck site was used as a case study and model for preserving submerged aviation heritage through long-term community stewardship. In collaboration with a non-profit dive group, Global Underwater Explorers, the PBM site was documented utilizing a process called photogrammetry to create a full 3D rendering of the wreck. The model allows for more of the public to see the wreck in its environment and documents the current condition of the  site to assess for any changes over time.

With recreational diving on Navy sites more common today than ever before, UA hopes to collaborate with enthusiastic and responsible groups and professionals to continue to document, research, preserve, and share the nation’s submerged cultural heritage.

The annotated interactive 3D model will be put back up on this page once an IT related issue can be resolved.