Chesapeake Theater in the War of 1812

By the outbreak of the War of 1812, the British Royal Navy had well over a decade of experience blockading the French-controlled ports of Europe.  This method of stifling trade and choking off military supplies had proved successful against Napoleon and other opponents, and was immediately applied to the conflict with America.  The Chesapeake Bay, with its access to Norfolk, Baltimore, and Washington, and surrounded by rich, productive farmlands, was an important locus of trade for the United States in this period and a natural choice for a British blockade.  The Royal Navy was also seeking to neutralize the threat from American privateers based out of Baltimore, who had preyed quite successfully upon British merchant shipping in 1812.

With only a small navy in place at the start of the war, the focus of America’s strategy was to press northward by land and capture territory in Canada.  As this campaign continued, the British sought ways of dividing and weakening American land forces.  In 1813, the British Secretary of State for War and the Colonies, Henry Bathurst, gave orders to send a squadron carrying troops to the American coast “to harass the enemy by different attacks” while avoiding “the risk of a general action” . The strategy was to land troops, take or destroy goods and property, and promptly return to sea, thereby necessitating the diversion of American ground forces for coastal defense.  The rich and virtually defenseless Chesapeake Bay was a perfect venue for these British raiding parties.

A British squadron under the command of Rear Admiral George Cockburn was already in place off Norfolk, attempting to destroy U.S. frigate Constellation, which was out of reach up the Elizabeth River.  This force was soon reinforced for the purpose of launching raiding parties.  Restricted somewhat by the shallow, tidal Chesapeake coastline, raids were conducted by the smaller ships of the fleet, often joined by the boats from the larger vessels, which maintained the blockades at river mouths and other strategic deep-water points. 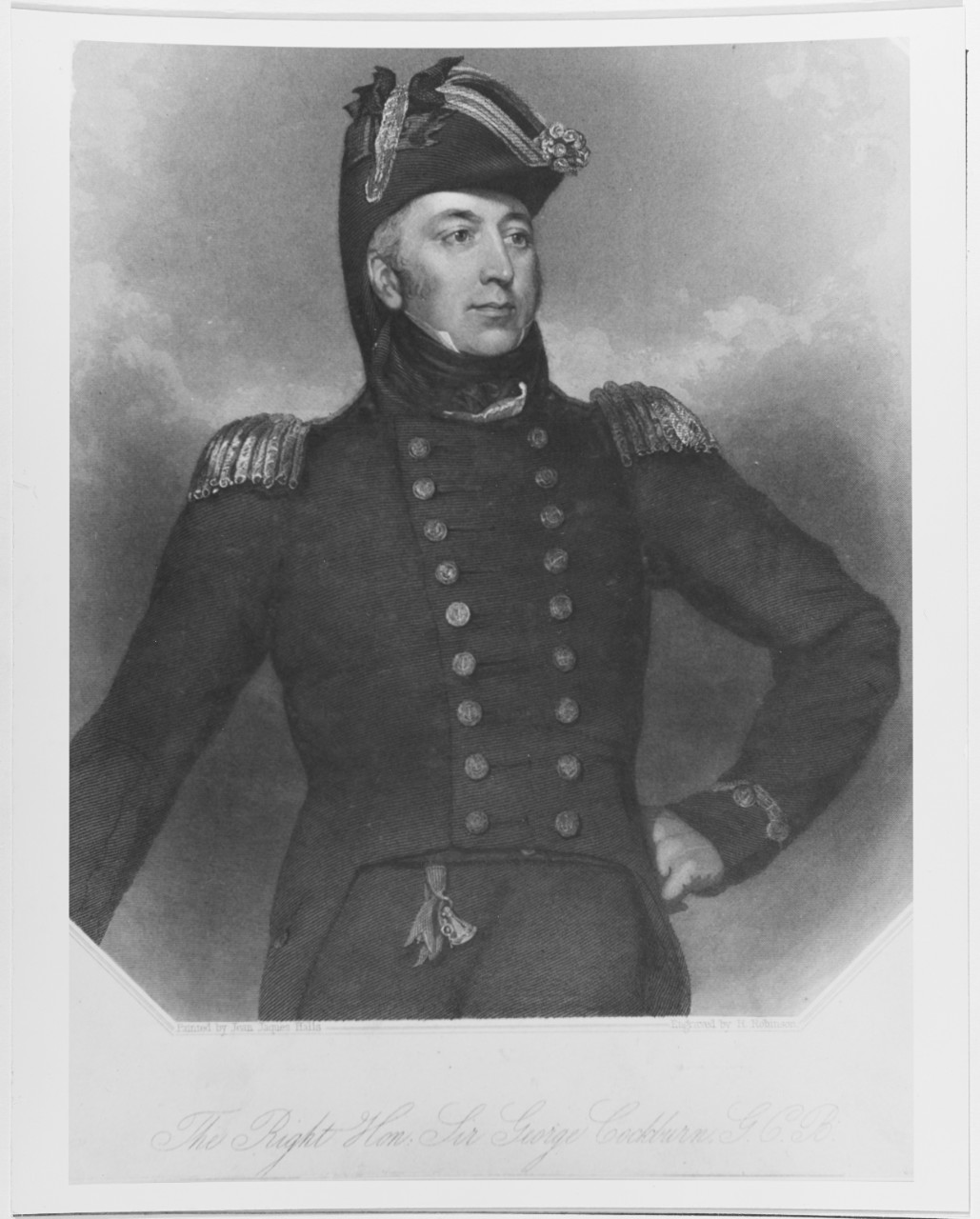