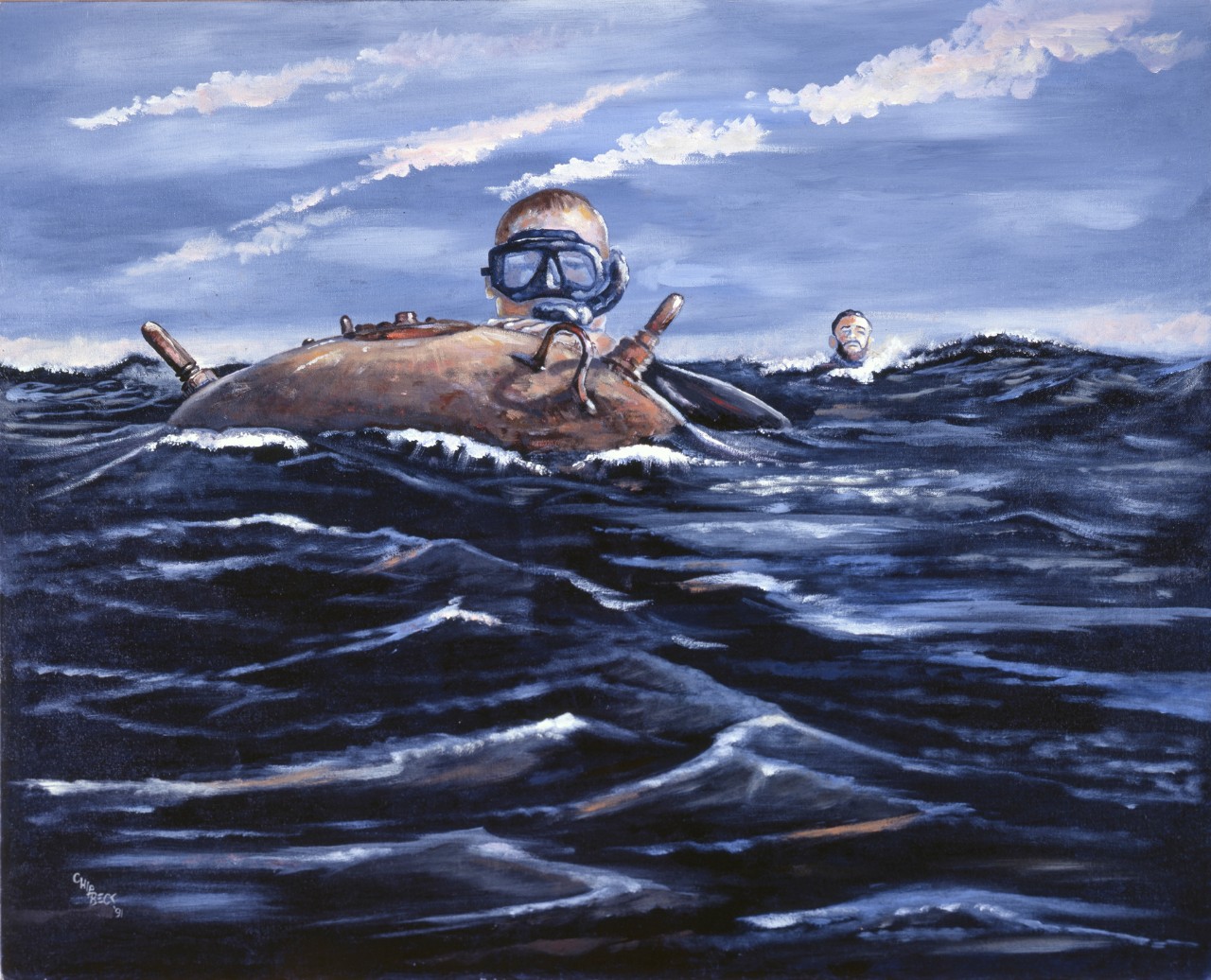 Prior to World War II, there were no formally trained bomb or mine disposal personnel, but the need became apparent when in 1939, the British navy dismantled the first German magnetic mine that had washed up on the shore of Shoeburyness, England. In 1941, the U.S. Naval Mine School was established at Naval Gun Factory in Washington, D.C., and subsequently, the Bomb Disposal School was established. The first U.S. casualty in mine disposal was in 1942, when Ensign John M. Howard was killed when he attempted to dismantle a booby-trapped German magnetic submarine-laid moored mine. About 20 trained bomb and mine disposal personnel, to include Howard, were killed in action during WWII.

In 1946, the U.S. mine and bomb schools combined at the Bellevue Annex at the Naval Gun Factory, and then moved to the Naval Powder Factory, in Indian Head, Maryland. The training curriculum was designated explosive ordnance disposal giving birth to the term “EOD.” The following year, the Bureau of Naval Weapons designated the first naval unit for “research, development, test, and evaluation of EOD equipment,” and would later become an integral part of the EOD School.

In 1953, two major operational EOD units were established. EOD Unit ONE supported operations in the Pacific and was homeported at Pearl Harbor, Hawaii. EOD Unit TWO supported operations in the Atlantic and was homeported at Charleston Naval Base, South Carolina. Today, EOD Unit ONE is headquartered at Naval Amphibious Base Coronado, California, and EOD Unit TWO makes Joint Expeditionary Base Little Creek-Fort Story, Virginia, its home. In 1999, the EOD school was also consolidated and moved to Eglin Air Force Base, Florida, where today it is a Joint EOD training facility. Elgin Air Force Base is the home of the EOD Memorial that honors EOD technicians who have given their lives in the performance of their duties.

In the aftermath of the terrorist attacks on September 11, 2001, EOD personnel deployed in support of the operations Enduring Freedom and Iraqi Freedom. The operations would prove to be extremely hazardous with the widespread use of improvised explosive devices and vehicle improvised explosive devices by insurgents and al-Qaeda operatives. More than 130 U.S. Air Force, Army, Navy, and Marine Corps EOD personnel lost their lives over the duration of the operations. The Navy lost more than 20 of its EOD technicians. Although the operations in Afghanistan and Iraq took a heavy toll on the EOD community, it is immeasurable how many lives they saved.

Today, Navy EOD is staffed with nearly 3,000 officers and enlisted personnel, who are the world’s premier force for maritime mine countermeasures, counter improvised explosive devices, weapons of mass destruction, and all other types of weaponry. Their mission is to provide naval special warfare and conventional forces access to areas laden with explosives. Navy EOD also play a vital role in the safety of servicemembers and civilians. Their bravery and technical skills ensure operational success. 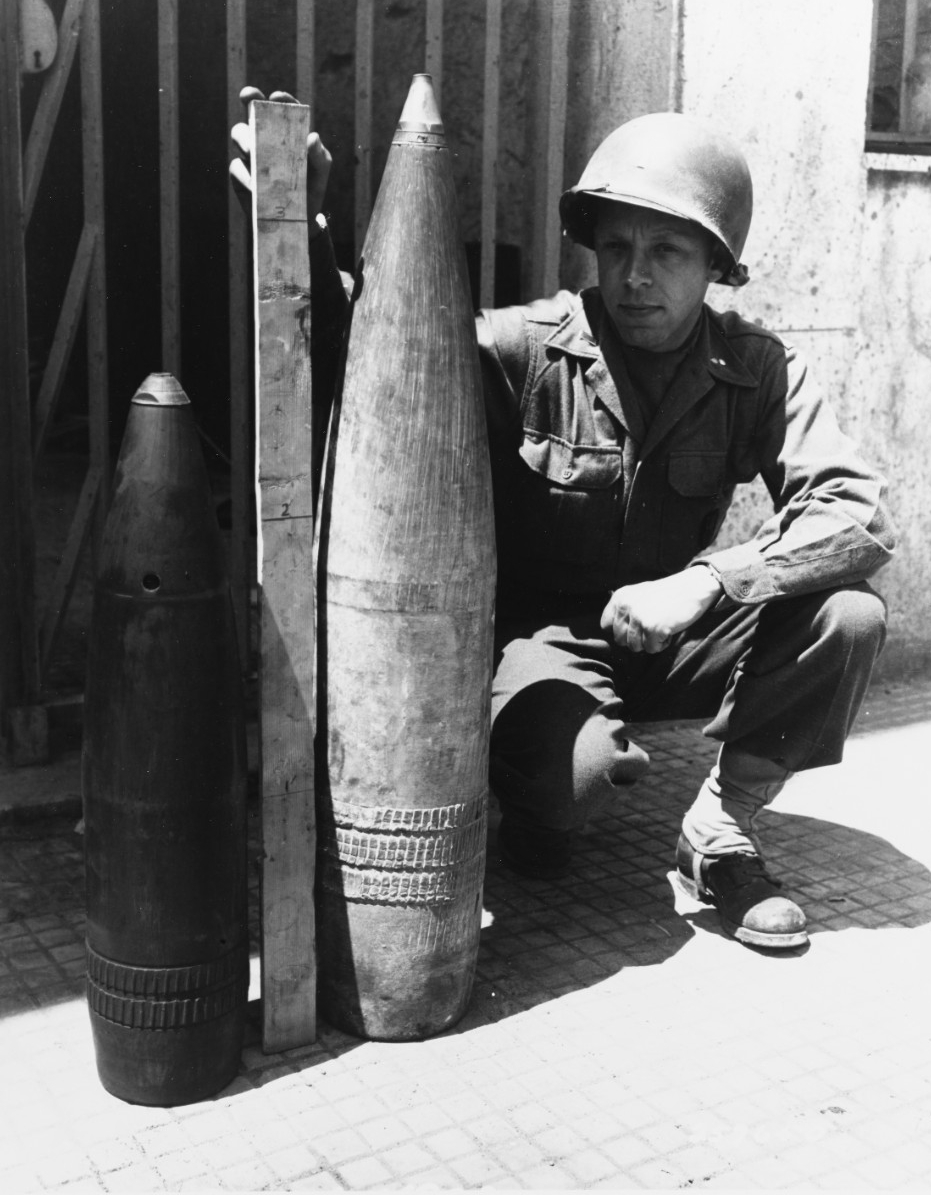 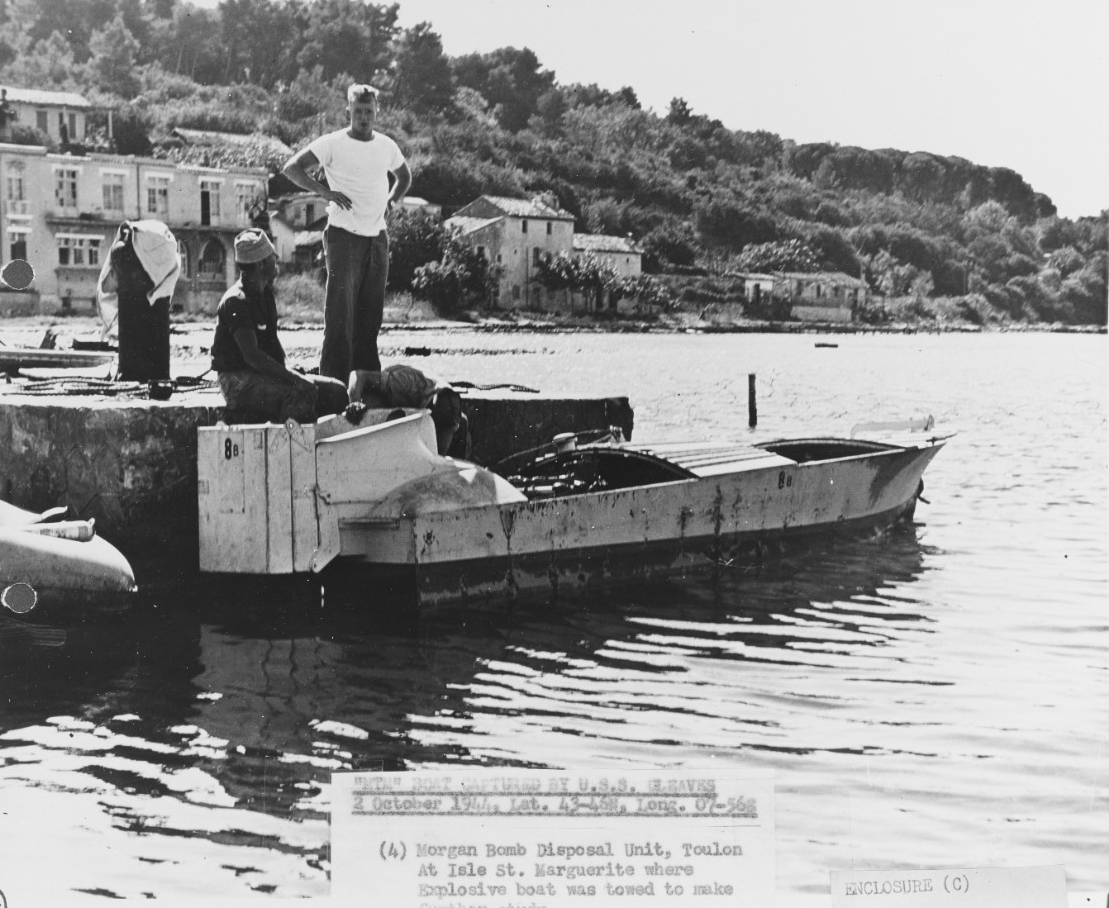 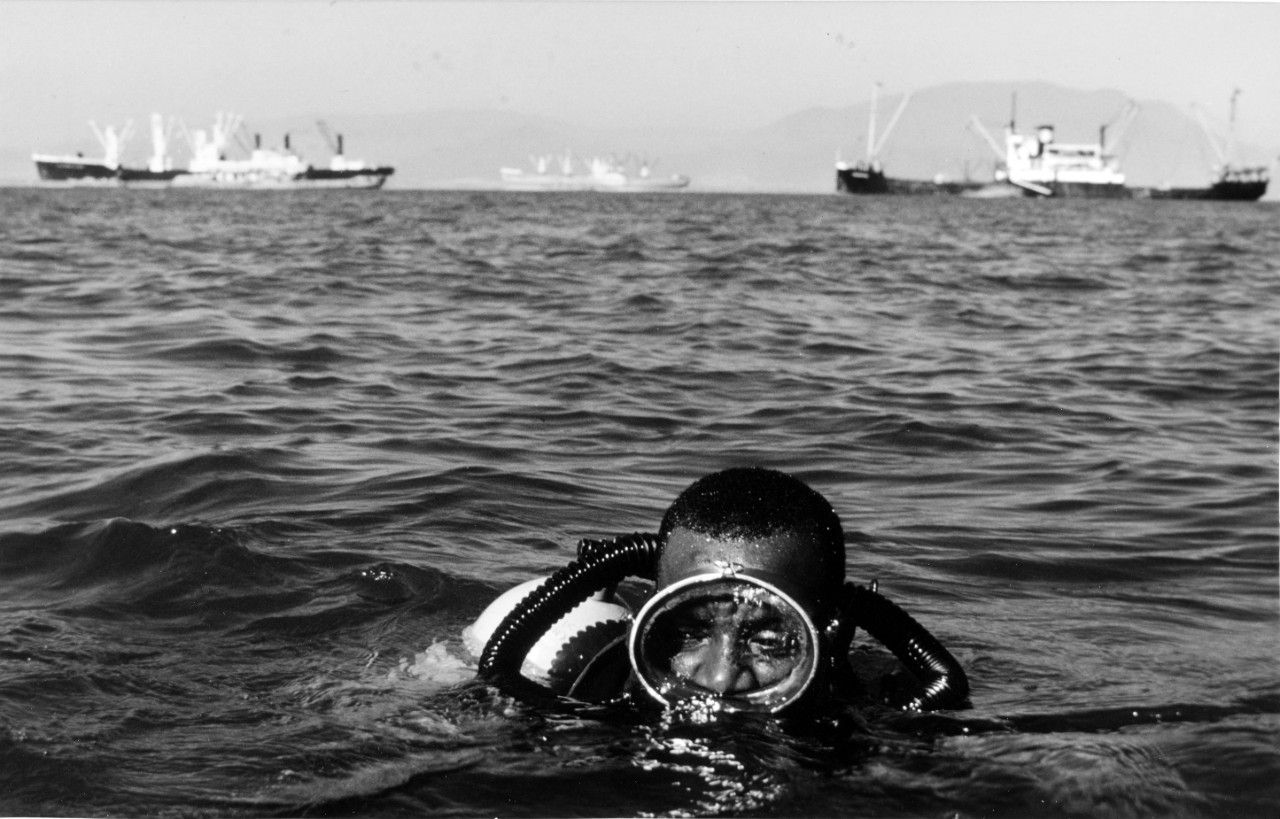 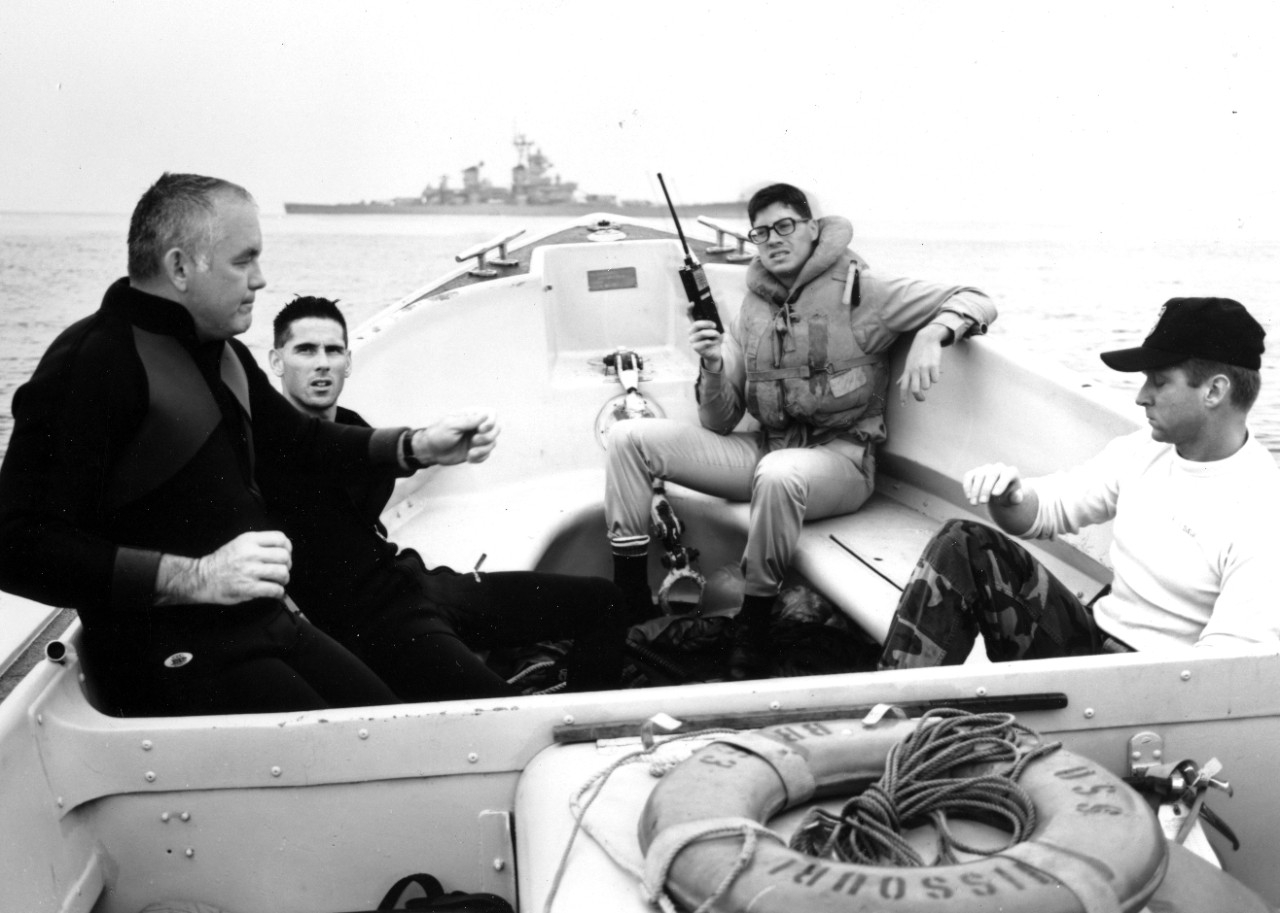 Explosive Ordnance Disposal (EOD) Mobile Unit 9, Detachment 13, attached to USS Missouri prepared to dispose a LUGM-145 mine in the Northern Arabian Gulf. Missouri is in the background. Naval History and Heritage Command photograph, 2018.10. 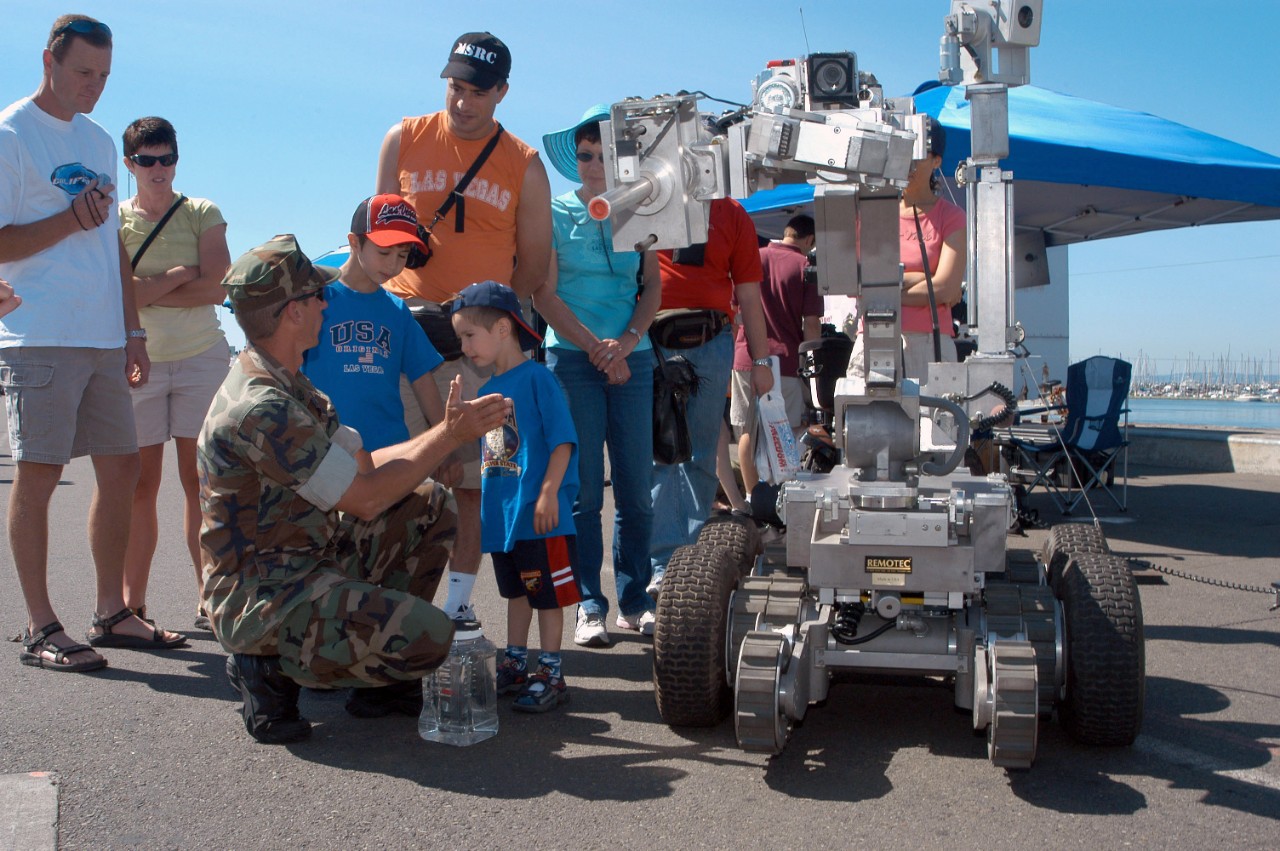 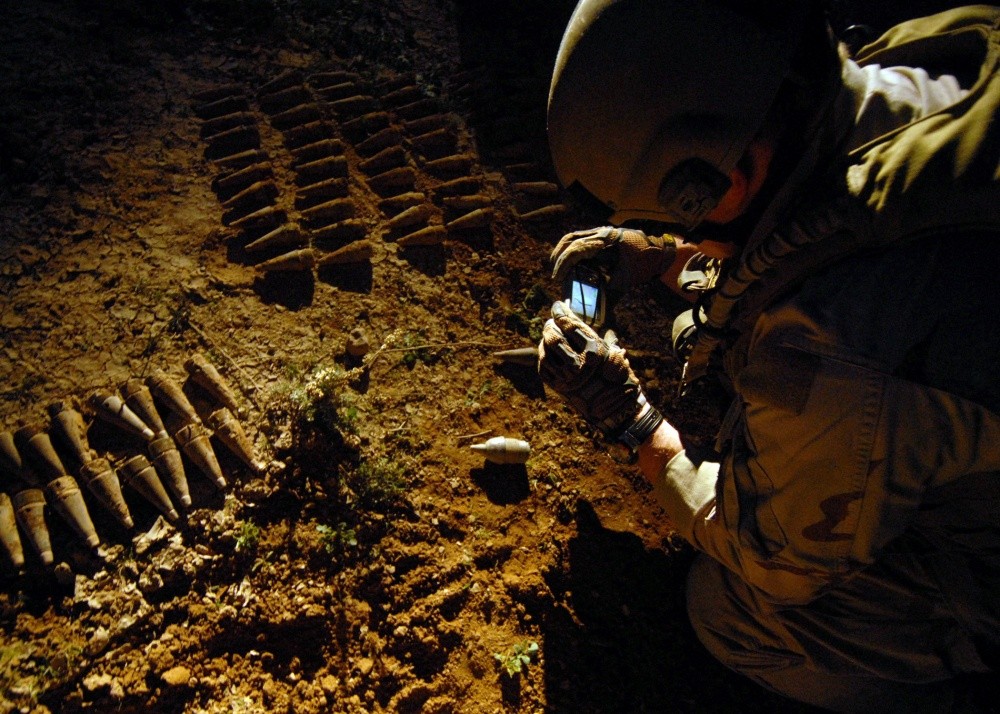 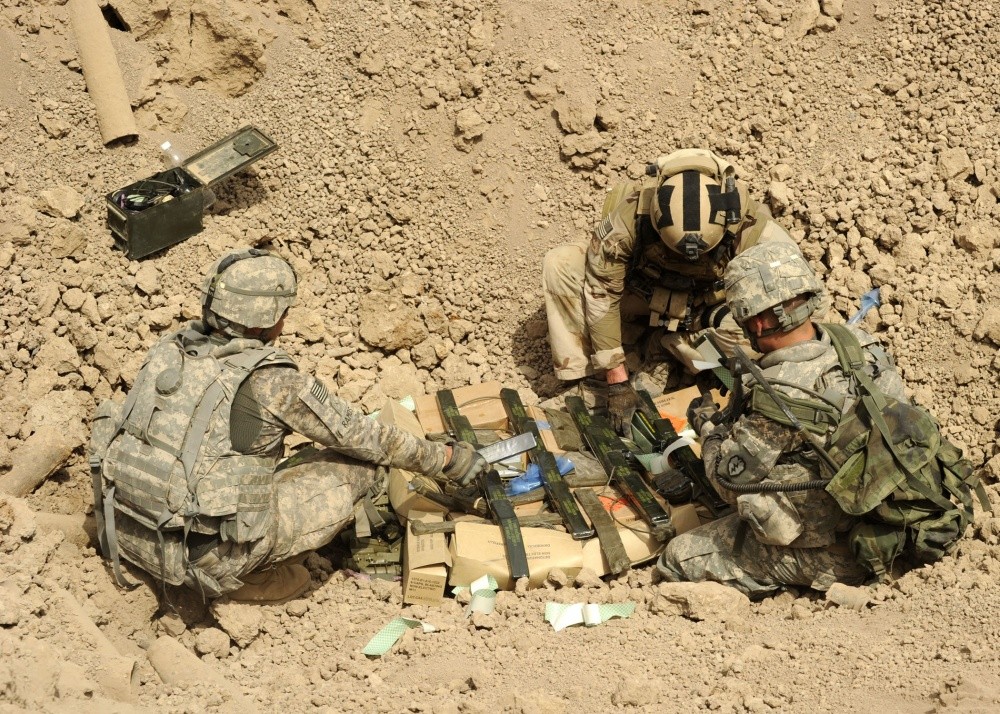 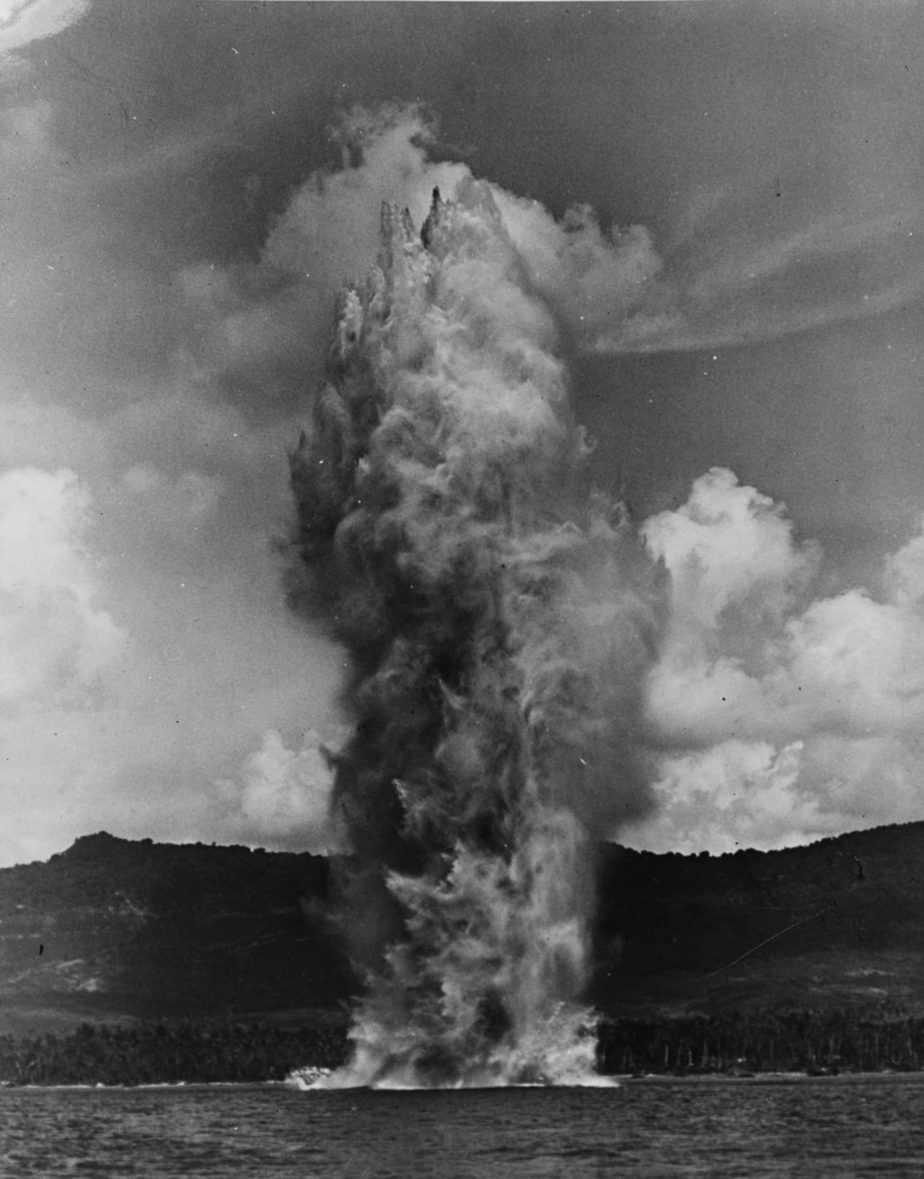 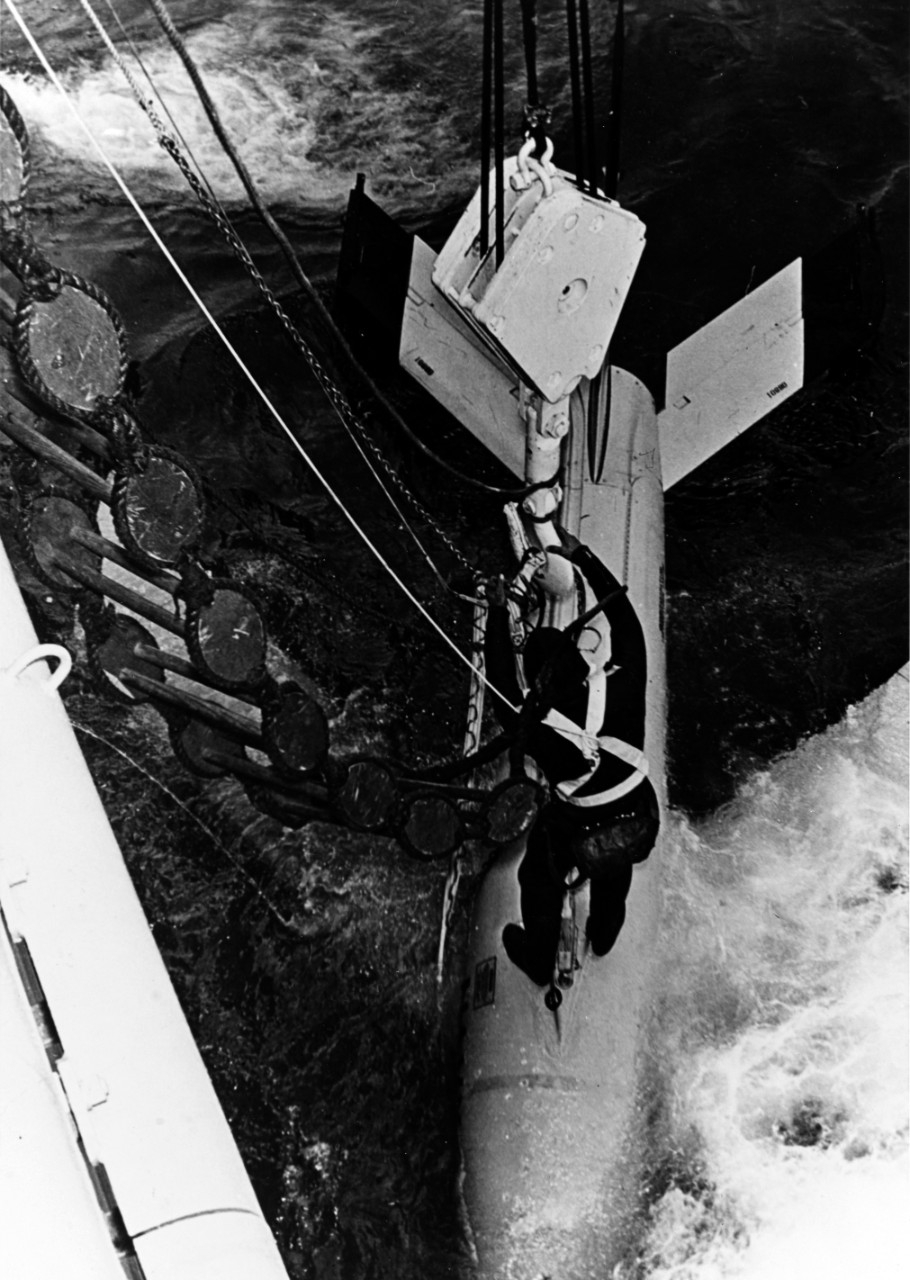 Explosive ordnance disposal technician from USS Chicago (CG-11) recovered a drone after it was knocked down in exercises, November 1965. Naval History and Heritage Command photograph, NH 55148. 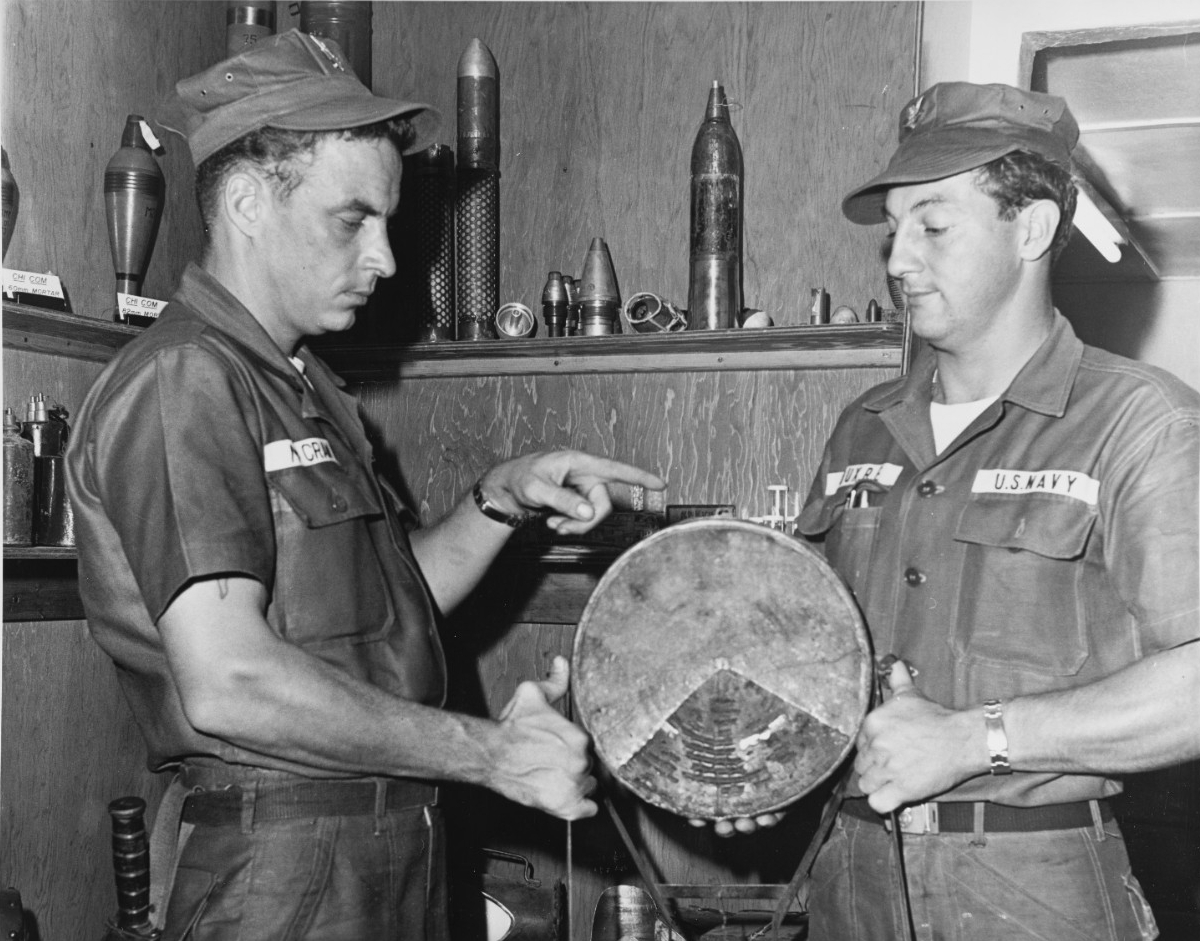 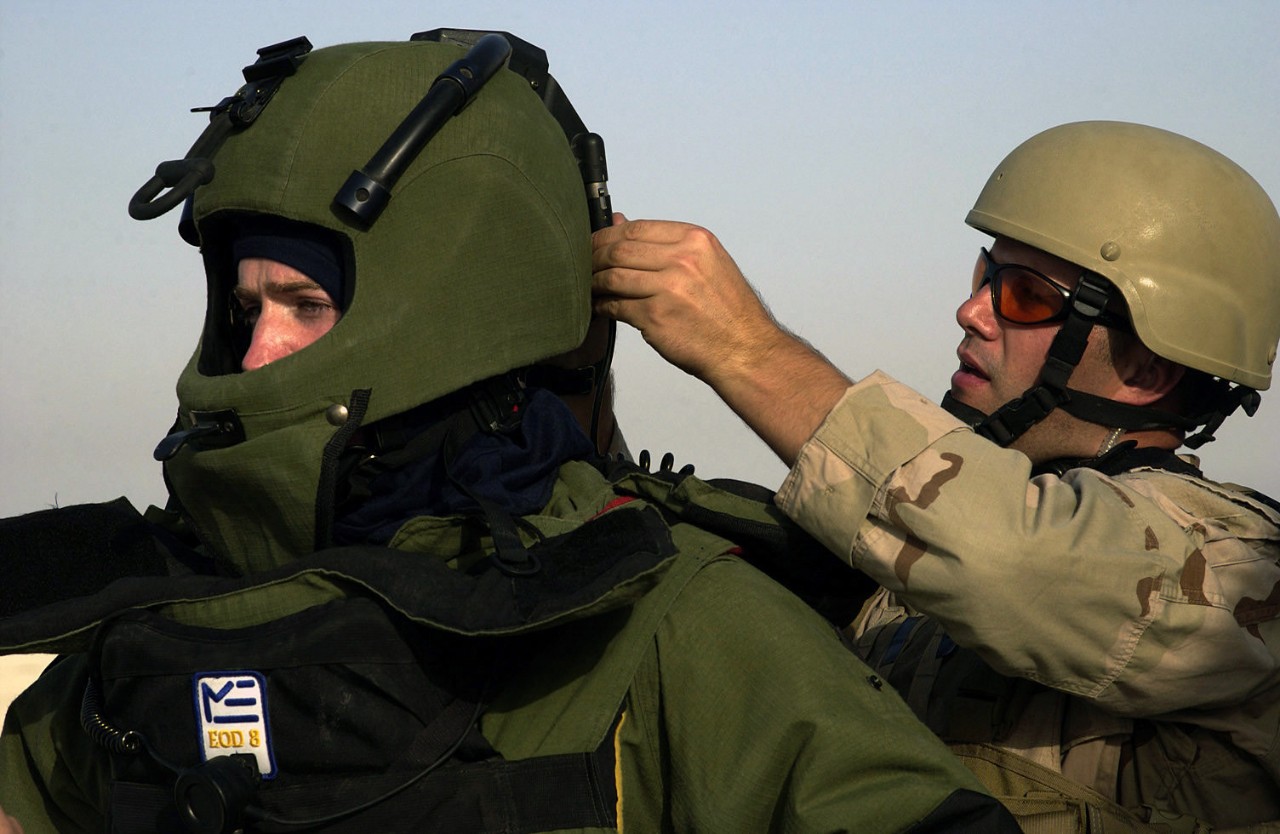 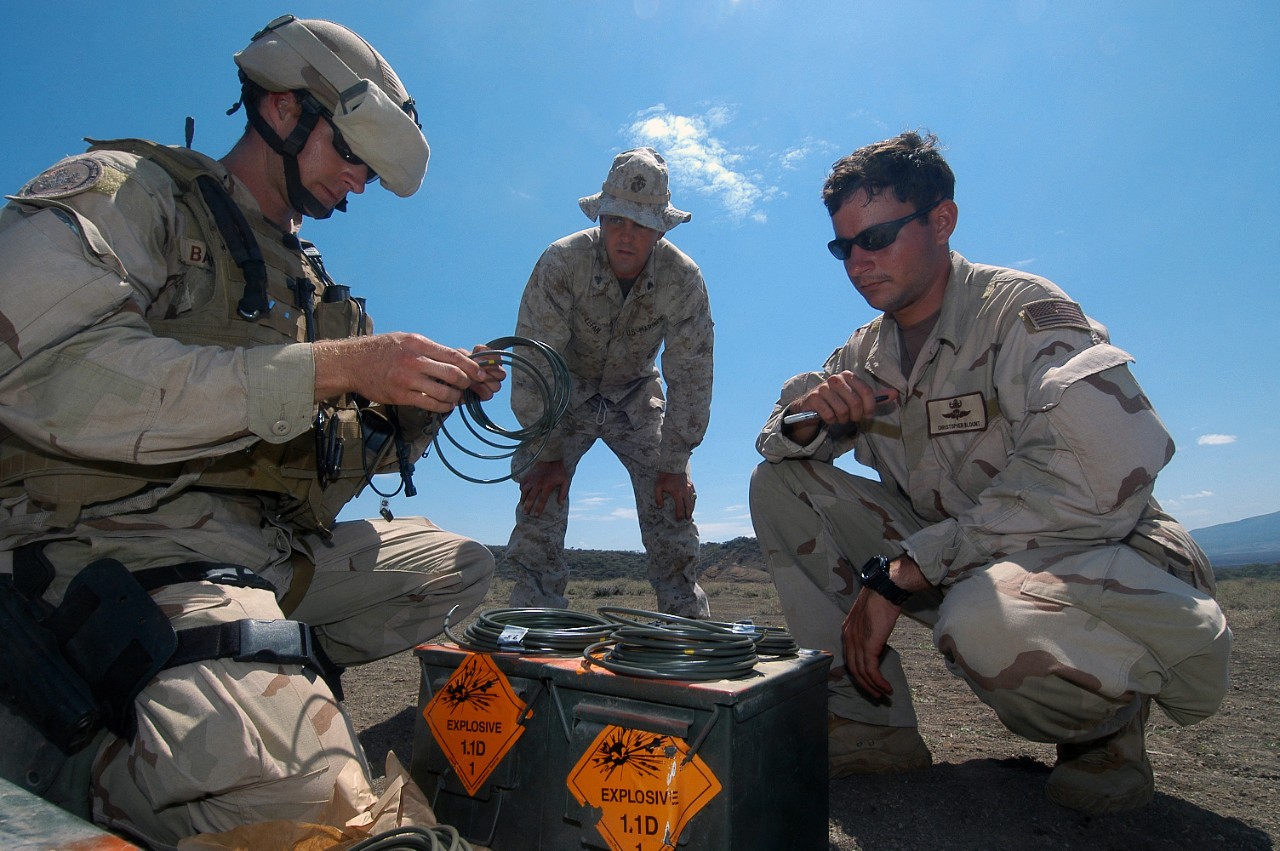 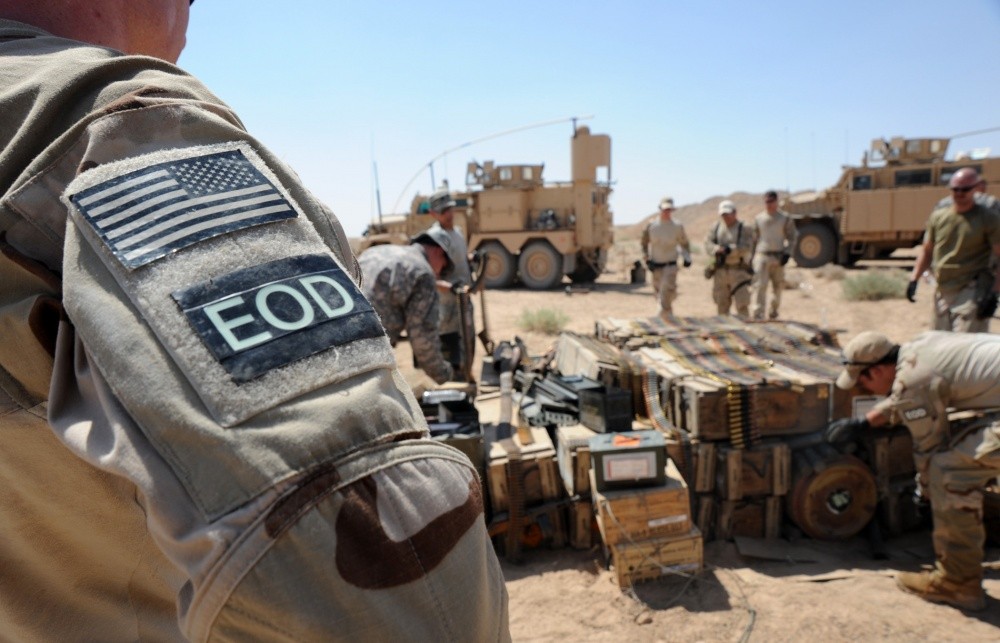 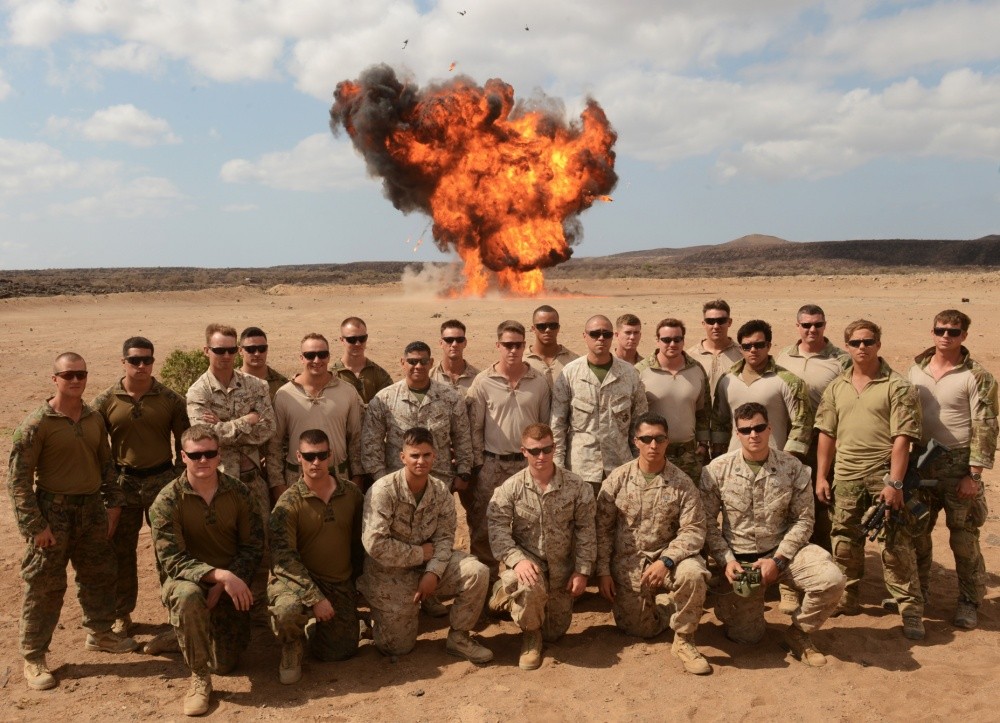