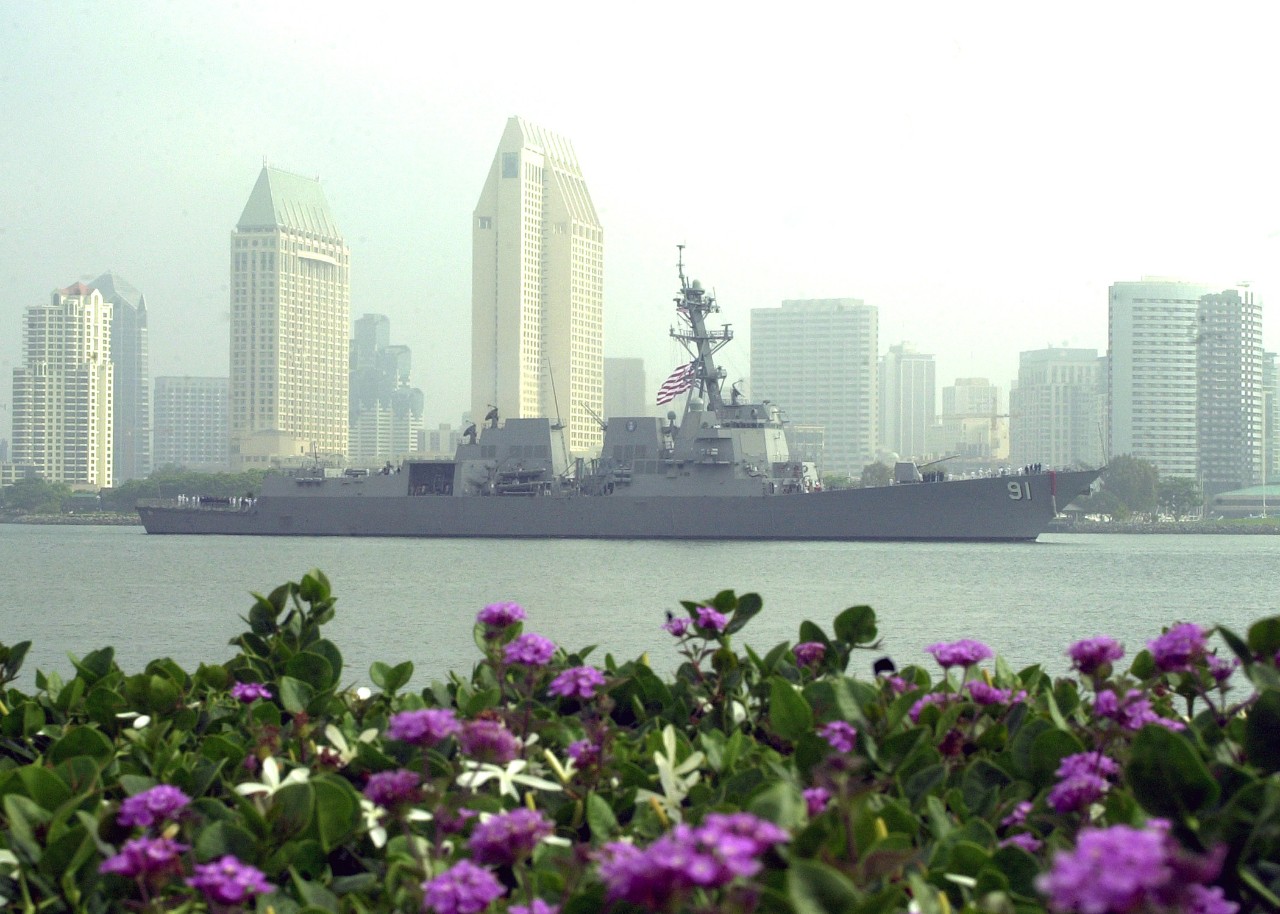 Guided missile destroyer USS Pinckney (DDG-91) sailed past downtown San Diego for the first time on the way to its homeport Naval Base San Diego, 5 May 2004. The ship is named in honor of Navy Cook 1st Class William Pinckney, who received the Navy Cross for his courageous rescue of a fellow crewmember aboard USS Enterprise (CV-6) during the Battle of Santa Cruz Islands, 26 October 1942. U.S. Navy photo by Photographers Mate 1st Class Daniel W. Woods.

Pinckney was born on 27 April 1915 in Dale, South Carolina. He enlisted in the Navy on 3 August 1938, and attended boot camp at Great Lakes, Illinois. He reported to USS Enterprise (CV-6) as a cook after completing “A” School. 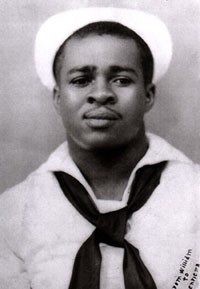 On 26 October 1942, an explosion killed four of the six men at Pinckney’s battle station in an ammunition handling room. Pinckney and the other surviving Sailor attempted to exit through a hatch to the hangar deck above. When the other Sailor grasped the scorching hatch, he fell back unconscious. Despite the suffocating smoke, flames, and gasoline fumes surrounding him, Pinckney picked up the unconscious Sailor and lifted him through the hatch to safety before he climbed up himself. Pinckney was one of only four African Americans to receive the Navy Cross during World War II.

After returning to Hawaii, Pinckney was treated for shrapnel wounds and third degree burns. He spent the remainder of his time in the Navy at a boat basin in San Diego, California. Pinckney was discharged on 30 June 1946 as a Cook First Class.

Pinckney passed away on 21 July 1976 at his home in Beaufort, South Carolina. He is buried in the Beaufort National Cemetery.