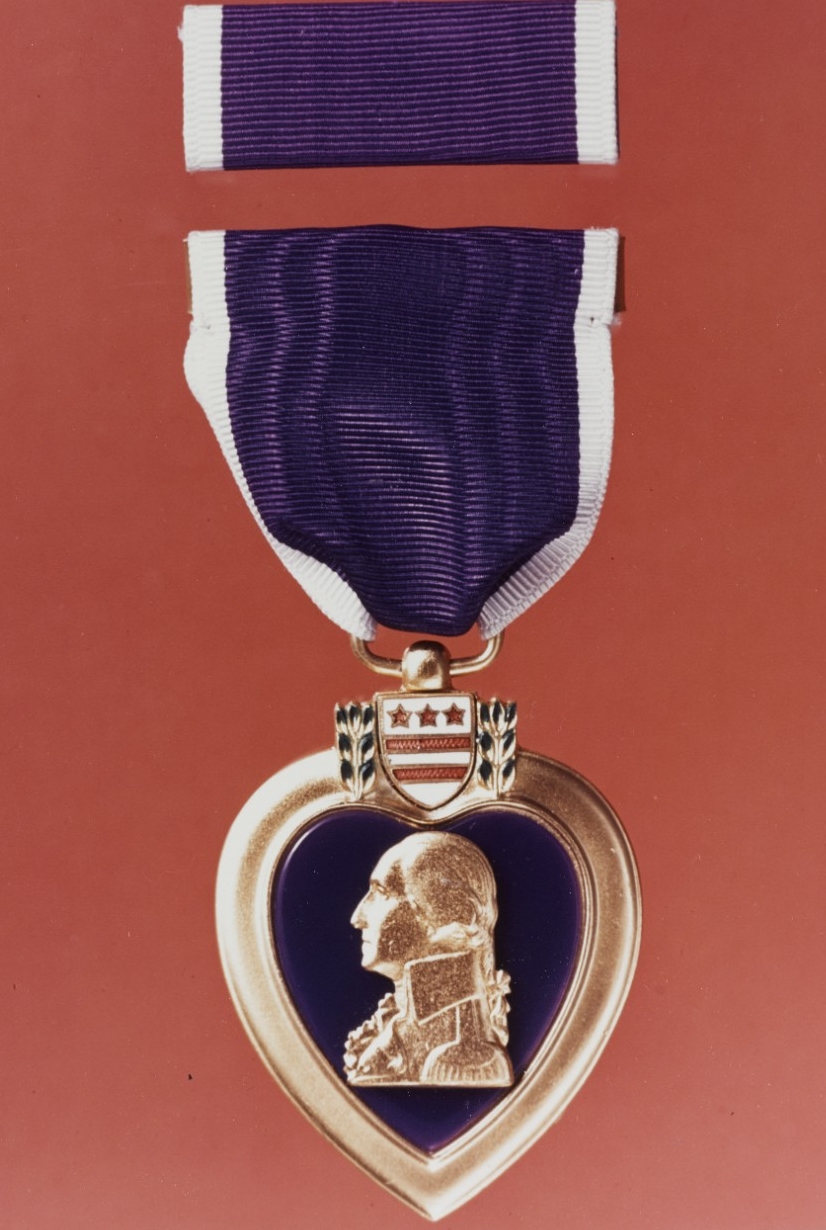 A U.S. Senate resolution of 2018 acknowledged “Purple Heart Recognition Day” as 7 August, the date in 1782 when President George Washington ordered the establishment of the Badge of Military Merit, in the shape of a heart and made of purple cloth.[1]

Although this was the country’s first military award, it fell into disuse shortly after the end of hostilities that same year. It would be another century and a half before Washington’s “Purple Heart” returned, a result of the ravages of World War I and the need to recognize sacrifices on the part of U.S. service members.

When the United States entered World War I, the only medal for valor available to U.S. service members was the Medal of Honor, established back in 1862.

Yet the Americans’ Allied counterparts in World War I were receiving a generous supply of medals from their respective countries—an array of impressive planchets and crosses that reflected centuries of aristocratic military culture, now democratized by the Great War.[2]

In the last year of the war, 1918, at the urging of General John J. Pershing (Commander, American Expeditionary Forces in France) and other military commanders, Congress managed to legislate new medals into existence, including the Navy Cross and Distinguished Service Medal. Yet these new medals, like the Medal of Honor, were reserved for combat heroism, rather than sacrifice, and the veterans of World War I often had to sacrifice a great deal. Many had sacrificed their mobility when they lost a leg, others their livelihood when they lost a hand, some their social positions and senses of self when they lost facial features and other identifying characteristics. The war mutilated men’s bodies with a frequency and intensity unparalleled up to that point in the history of war.[3] This new kind of war—industrial, perpetual, and annihilatory—required a new kind of recognition in the form of a medal for wounded service members in particular.

Revived by the Army

In the 1920s, the officers and staff at the War Department began to discuss how best to honor the sacrifices of ordinary Soldiers. In the course of these discussions, some even proposed the resurrection of the Badge of Military Merit, the purple, heart-shaped badge created by General George Washington to honor heroism and more ordinary forms of sacrifice.[4] Yet the proposal went nowhere.[5] (The War Department in this era was understaffed after demobilization and preoccupied with much weightier matters involving the care and compensation for veterans.)

Washington’s Badge of Military Merit had rewarded “any singularly meritorious action” and therefore provided a good precedent for a modern medal that might reward sacrifice rather than, or in addition to, heroism in battle.[6] Washington’s Orders of the Day for 7 August 1782 read:

The General ever desirous to cherish a virtuous ambition in his soldiers, as well as to foster and encourage every species of Military Merit, directs that whenever any singularly meritorious action is performed, the author of it shall be permitted to wear . . . over his left breast, the figure of a heart of purple cloth. . . . Not only instances of unusual gallantry but also of extraordinary fidelity and essential service . . . shall be awarded.[7]

To veterans’ advocates in the 1920s and early 1930s, a revival of Washington’s Badge of Military Merit seemed appropriate, as it allowed the recognition of meritorious service of ordinary service members, rather than only the most heroic. The badge also had the right pedigree, established as it was by the father of the country. Washington’s profile, therefore, ended up on the new medal’s obverse when it made its appearance in 1932.[8]

General Douglas MacArthur, then Army Chief of Staff, was behind the resurrection of the badge, which he timed to coincide with what would have been George Washington’s 200th birthday, 22 February.[9] This new medal, the “Purple Heart,” as the War Department’s General Order No. 3 called it, could now be “awarded to persons who, while serving in the Army of the United States, perform any singularly meritorious act of extraordinary fidelity or essential service,” which would include most combat wounds.[10]

From 1932 to 1941, the Army issued nearly 80,000 Purple Hearts, most of them to World War I Army veterans.[11] Few Sailors received the medal, however, because only the Army was authorized to award it.

Extension to the Navy

The Navy’s inability to award Purple Hearts became particularly problematic after the attack on Pearl Harbor, 7 December 1941, which killed thousands of Navy personnel and pulled the United States into World War II. In the first several months of the conflict, some Sailors, having been detached from their crews to serve with Soldiers for particular operations or particular periods, now received Purple Hearts from the Army when they were wounded. Sailors who had made similar sacrifices but while serving with the fleet received no such award.[12] To correct this imbalance, the Navy needed to be able to award Purple Hearts, too.[13]

Finally, by executive order 10409 (7 Federal Register) on 5 December 1942, President Franklin Delano Roosevelt authorized the Navy, as well as the Marine Corps, and Coast Guard, to issue Purple Hearts for actions and incidents occurring on or after 7 December of the previous year.

This change allowed Lieutenant (j.g.) John F. Kennedy, USNR, to receive the Purple Heart for the injuries he received near the Solomon Islands on the night of 1–2 August 1943. Despite these, Kennedy managed to coordinate the rescue of survivors amid the darkness after a Japanese destroyer rammed and sank his motor torpedo boat (PT-109).

During and shortly after the war, eligibility requirements evolved. With other awards emerging for meritorious service, policy makers shifted the Purple Heart’s emphasis to physical sacrifices—combat wounds—in particular, rather than sacrifices and meritorious service more generally. Two years into the Korean War, which saw still more Purple Hearts awarded to Navy service members, President Harry S. Truman now ensured that Navy veterans of the First World War would not be left out. Executive Order 10397 (7 Federal Register) of 14 November 1952 retroactively awarded Purple Hearts to Navy veterans—indeed all veterans—of the 1917–18 conflict.[14]

The Vietnam era, starting in 1961, saw further extensions of eligibility. President John F. Kennedy allowed civilians to receive the medal, so long as they were killed or wounded in conflict abroad. This made sense, given the large numbers of civilians who served as advisors to the Republic of Vietnam rather than as combatants in the official sense.[15] Americans wounded or killed in other conflicts and incidents, such as the attack on USS Liberty (AGTR-5) in 1967 and the seizure of USS Pueblo (AGER-2) in 1968, now got the Purple Heart.[16]

With the Vietnam War at an end and terrorism becoming one of the greatest threats to U.S. national security in the 1980s, President Ronald Reagan extended the Purple Heart to military personnel and civilians working for the federal government who fell victim to terrorist attacks abroad. This change allowed the awards of Purple Hearts to a Sailor who had been murdered in Istanbul and to a U.S. naval officer who had been wounded in the course of his duties as a United Nations military observer.[17]

In the 1990s a further adjustment to eligibility requirements struck civilians from the list but added prisoners of war injured or wounded in captivity prior to 1962.[18]

Finally, in 2015, service members killed or wounded in acts of domestic terrorism, such as the shootings at military installations in Little Rock, Arkansas, and Fort Hood, Texas, became eligible for Purple Hearts.[19]

The design of the medal has changed little since 1932. It still features Washington’s profile on the obverse and, inscribed into the reverse, the words “For Military Merit”—a further nod to the award’s 1782 origins as a heart-shaped badge of purple cloth, edged with white lace, and emblazoned with the word “MERIT” in all capital letters.

[10] Quoted in Borch, “A Heart of Purple,” 18. On p. 19 of the same article, Borch points out that the order required a wound “to be serious enough that it ‘necessitated’ medical treatment.” For further information about the evolution of the definition of a qualifying “wound,” as well as other adjustments to the eligibility requirements, see Borch’s article on the Purple Heart (op. cit.). Cf. Congressional Research Service “Purple Heart” (op. cit.). 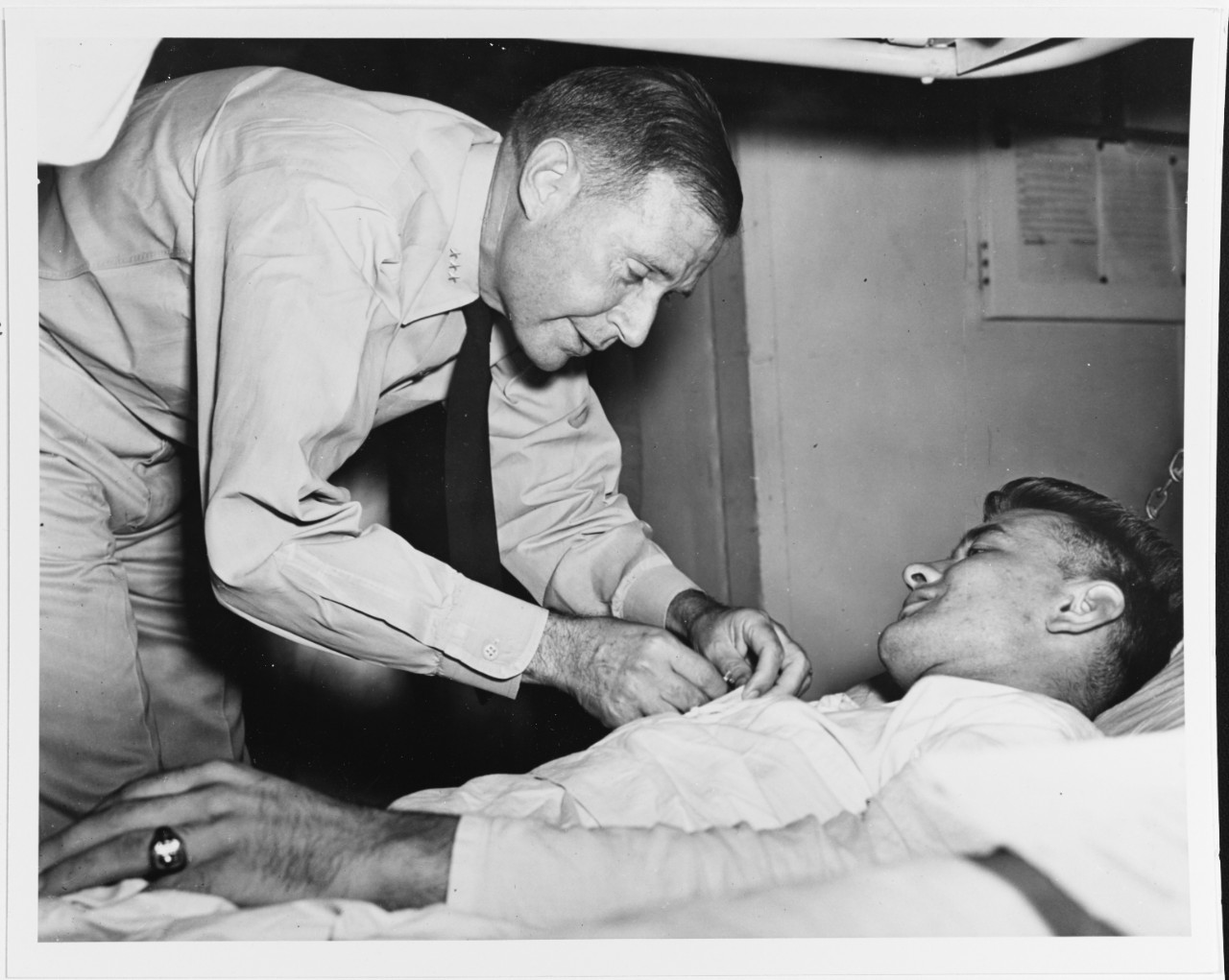