The Navy Medal of Honor 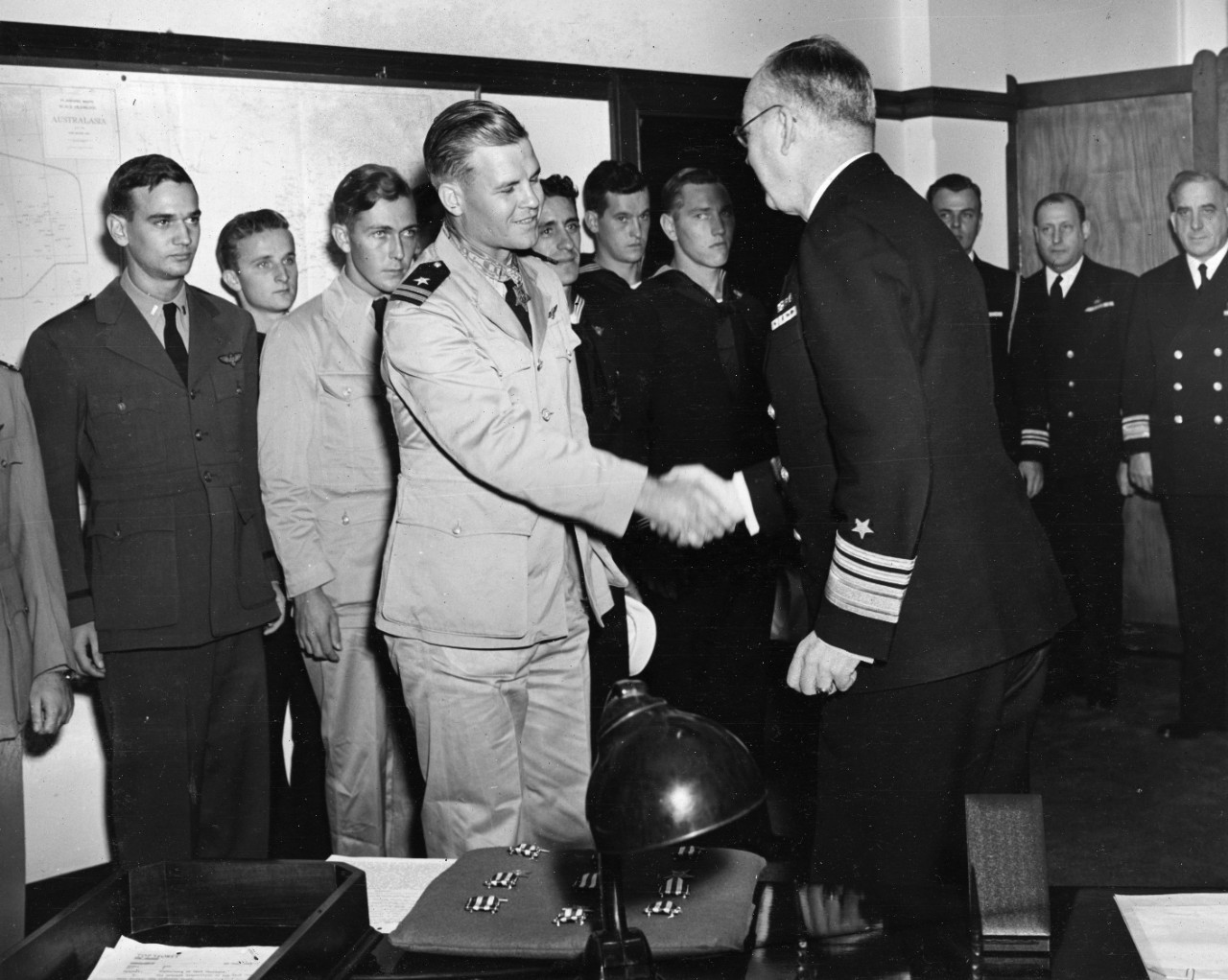 In 1990, President George H. W. Bush signed into law the designation of March 25 as National Medal of Honor Day. As Congress put it in later legislation, “public awareness of the medal had declined in recent years,” and Medal of Honor Day was supposed to restore the decoration to its rightful place in American culture and society.

In fact, public awareness of the medal and its meanings, uses, and prestige has shifted over time, ever since the Civil War, when Congress authorized the first of the Medal of Honor—the Navy’s—on 21 December 1861. However, only after World War I did the Navy Medal of Honor begin to take on its modern role as the decoration reserved exclusively for the greatest acts of valor in a combat.

The First Navy Medal of Honor

Although the Navy Medal of Honor is this country’s oldest military medal, it might not be the first. George Washington commissioned a “Badge for Military Merit” in 1782, but this was before the existence of the United States as such. By the middle of the 19th century, Soldiers were eligible for a certain “Certificate of Merit,” but that was a piece of paper, not a medal. There was also the option of a brevet promotion, whereby an honoree could enjoy some of the privileges (and often the pay) of a higher rank. At the outbreak of the Civil War, the United States still had no medal to award its servicemen—nothing like the Victoria Cross (1856) for the British; Legion of Honor (1802) for the French; and the Pour le Mérite (1740) for the Prussians.

The Civil War gave Congress two good reasons, finally, for instituting an American medal. The first was the obvious: to honor servicemen for the sacrifices that the “War Between the States” now demanded. The second had to do with morale and mustering: The Navy, in particular, faced a grave shortage of personnel by the end of 1861, and a medal might help attract enlistees.

The act to establish the country’s first medal for military valor—the Navy Medal of Honor—passed on 21 December 1861. President Abraham Lincoln signed it into law that very day. Among other provisions, the law made clear that only enlisted personnel—“petty officers, seamen, landsmen and marines”—were eligible for this award for “gallantry in action.”

The act stipulated still other limits. Only acts of gallantry performed during the present conflict—the Civil War—would be honored, and the Secretary of the Navy would be authorized to award only 200 medals.

At any rate, no medals were struck as a result of the 1861 legislation, because an act of 16 July 1862 rendered it obsolete. The new act gave the Navy much more room for maneuver when it came to awarding the Medal of Honor and even authorized further rewards for committed, intrepid seamen. Now, a Sailor could earn a promotion by way of “extraordinary heroism” rather than wait until he aged into a higher rank, the usual practice. And now, unlike under the 1861 act, a Sailor could receive this promotion and a Medal of Honor for acts of heroism performed “in the line of his profession” and not necessarily in a combat situation. The first Medals of Honor to be struck were the result of this second act—of 1862.

To design the new medal, the government commissioned R.T.G. Winkler of William Wilson & Son in Philadelphia. The result was a 52-millimeter-wide medal in the shape of a five-pointed star. The center of the star featured a scene in bas-relief of Minerva, a goddess whom Romans had associated with victory, prevailing over the cowering figure of Discord. Holding in her right hand a shield that recalls the Great Seal of the United States and with her left hand resting on fasces (a symbol of the primacy of the republic), Minerva served as an allegory for the U.S. effort to defeat the Confederacy. With striking clarity, the medal told its recipients just what their sacrifices had been for.

Less clear is who the first recipient might have been and what qualifies as first. Some sources point to John Williams, captain of the maintop of Pawnee, for his bravery in the assault on Mathias Point, Virginia, on 27 June 1861—almost six months before Congress had even begun to legislate a the medal into existence. Other sources give Peter Williams, Monitor’s quartermaster, for having steered the ship to safety after most of the pilothouse had exploded around him during the first battle between ironclads, in March 1862. Then there was Charles Kenyon, fireman on Galena, who nearly burned his hand into oblivion in order to repair an overheated gun and then stayed on deck to continue the fight against Confederate sharpshooters.

After the Civil War, the Navy continued to award medals apace and with a generosity that ultimately diminished the prestige of the decoration. Fifteen medals in total went to the Sailors and Marines who took a series of halfheartedly defended forts on the east coast of Korea in 1871. Others received medals for actions outside the field of combat entirely, such as a Navy hospital steward, who contended with a massive boiler explosion on Bennington (Gunboat No. 4) in San Diego in 1905. It was also possible to be awarded a Medal of Honor for battling hurricanes. And even when medals came to Sailors as a result of their actions in combat, those actions were not often as spectacular as those of today’s recipients of the Navy Medal of Honor. To be sure, these Sailors deserved recognition. The problem was that the Navy Medal of Honor was at that time the only decoration the Navy could offer, so it had to apply to a broad range of sacrifices made in combat and otherwise. In 1915, Congress expanded even further the population of eligible servicemen by including officers for the first time.

The Modern Navy Medal of Honor

The next large-scale military conflict was World War I, and it was this war that helped create the Navy Medal of Honor as we know it today: the highest honor of multiple honors for heroism in a combat situation.

Soon after the war, Congress passed an act clarifying the distinctions among the Navy’s decorations and placing special emphasis on the Navy Medal of Honor as a decoration for heroism in combat. This act of 4 February 1919 also featured the words that came to define the medal anew:

Be it enacted by the Senate and House of Representatives of the United States of America in Congress assembled, That the President of the United States be, and is hereby, authorized to present, in the name of Congress, a medal of honor to any person who, while in the naval service of the United States, shall, in action involving actual conflict with the enemy, distinguish himself conspicuously by gallantry and intrepidity at the risk of his life above and beyond the call of duty and without detriment to the mission of his command or the command to which attached.

This act helped raise the bar considerably for the Navy Medal of Honor while also authorizing the creation of other medals to honor Sailors whose sacrifices did not quite qualify for the highest award.

Yet, at the time of the U.S. entry into World War II, the Navy was actually issuing two Medals of Honor. One was the traditional medal, based on the 1860s design, for gallantry in line of one’s profession, not necessarily in combat. The other was the “Tiffany Cross,” so called because Tiffany and Company of New York City had designed it, for gallantry in combat. The Navy retired the Tiffany Cross in the 1940s and eventually ceased bestowing Medals of Honor for noncombat heroism.

Fry, James B. The History and Legal Effect of Brevets in the Armies of Great Britain and the United States from Their Origin in 1692 to the Present Time. New York: Nostrand, 1877. 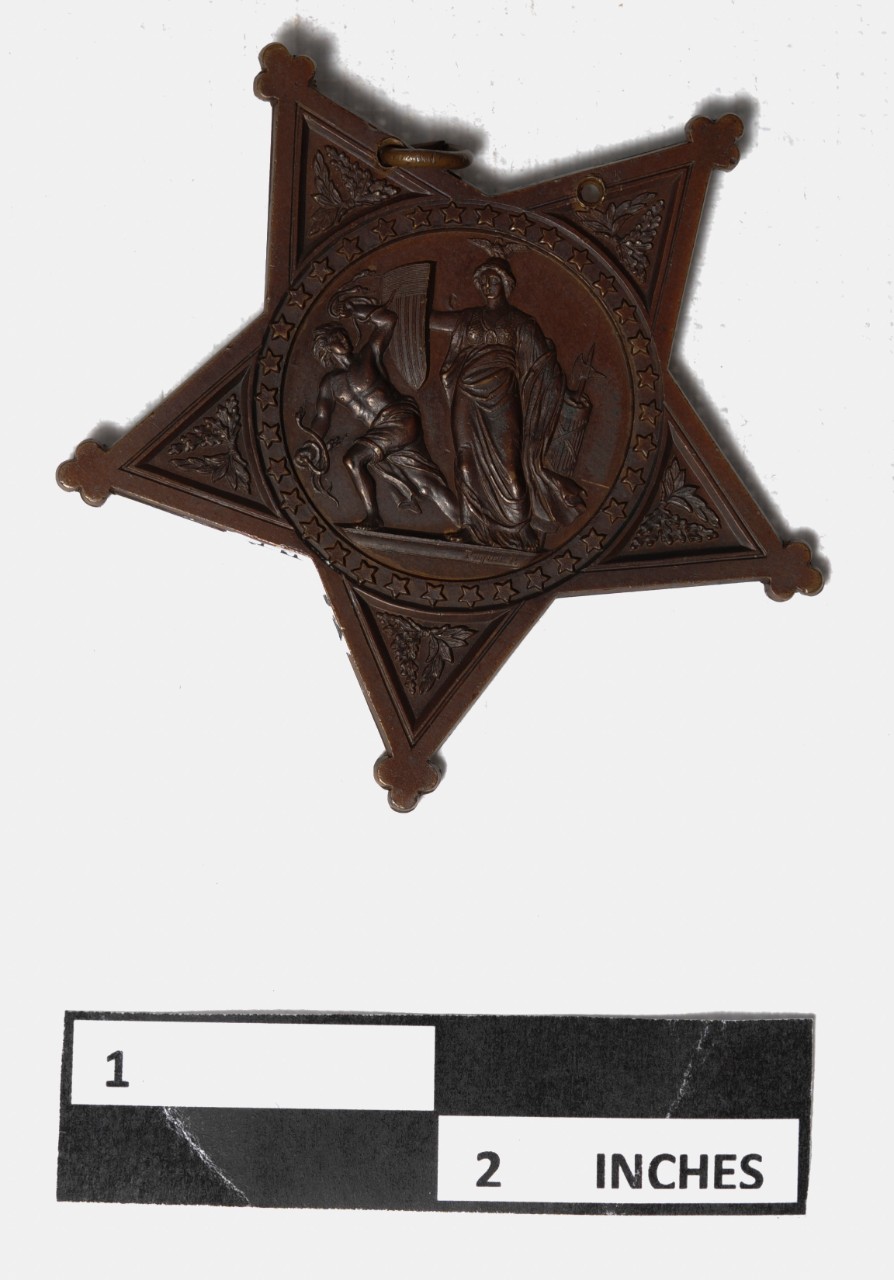 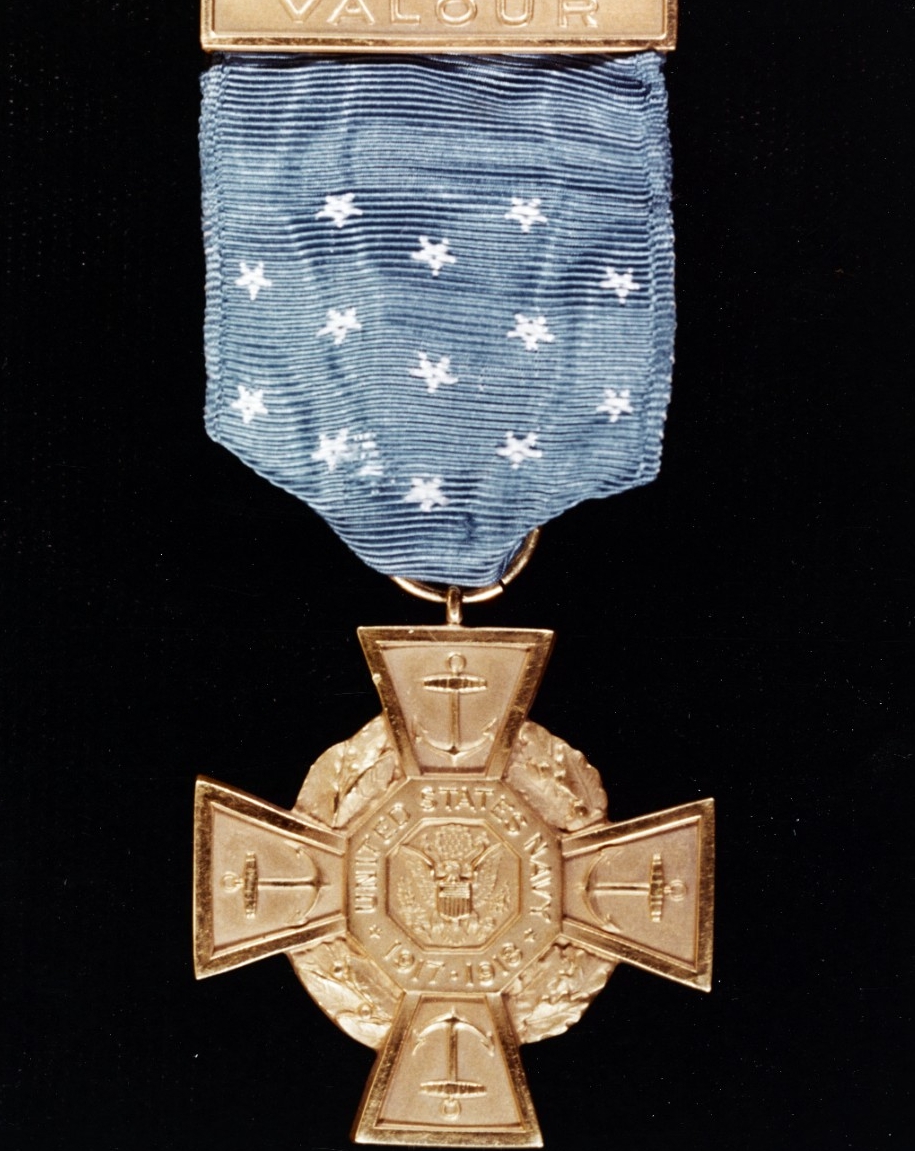 World War I U.S. Navy Medal of Honor (Tiffany Cross pattern). This example is an unissued medal from the collections of the Navy Department. Only 21 Navy and 7 Marine Corps personnel received Medals of Honor of this pattern (NH 78213-KN).