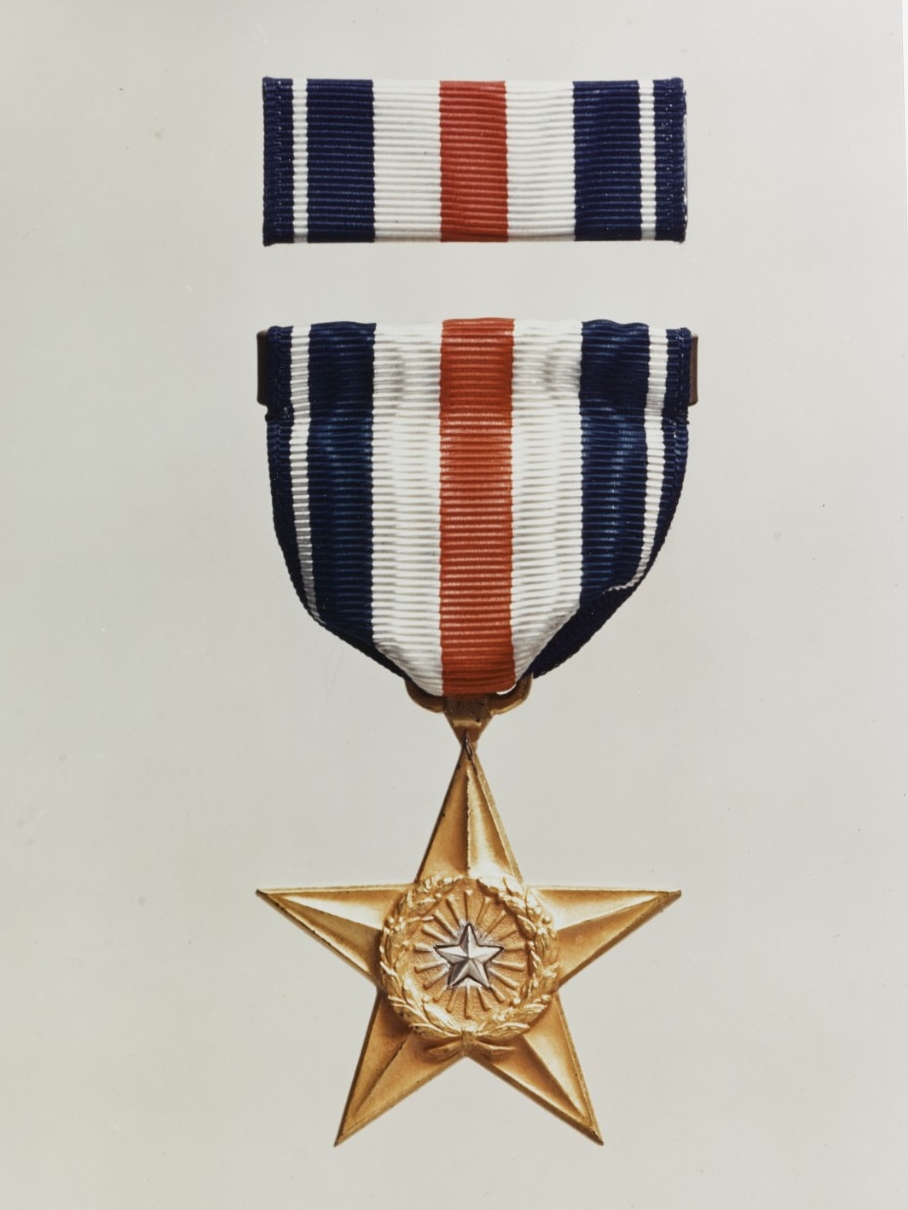 The Silver Star Medal (SSM) is the successor to the U.S. Army's "Citation Star" and the U.S. Navy and Marine Corps' "Navy Commendation Star," a 3/16-inch diameter silver star device worn on the World War I Victory Medal's ribbon. This award was established by an Act of Congress on 9 July 1918. On 19 July 1932, the Secretary of War approved the conversion of the Citation Star and Navy Commendation Star to the SSM with the original silver star incorporated into the center of the new decoration.The Silver Star Medal was authorized by Congress for the U.S. Navy on 7 August 1942 for presentation to personnel for gallantry in action not warranting the award of a Medal of Honor or Navy Cross.