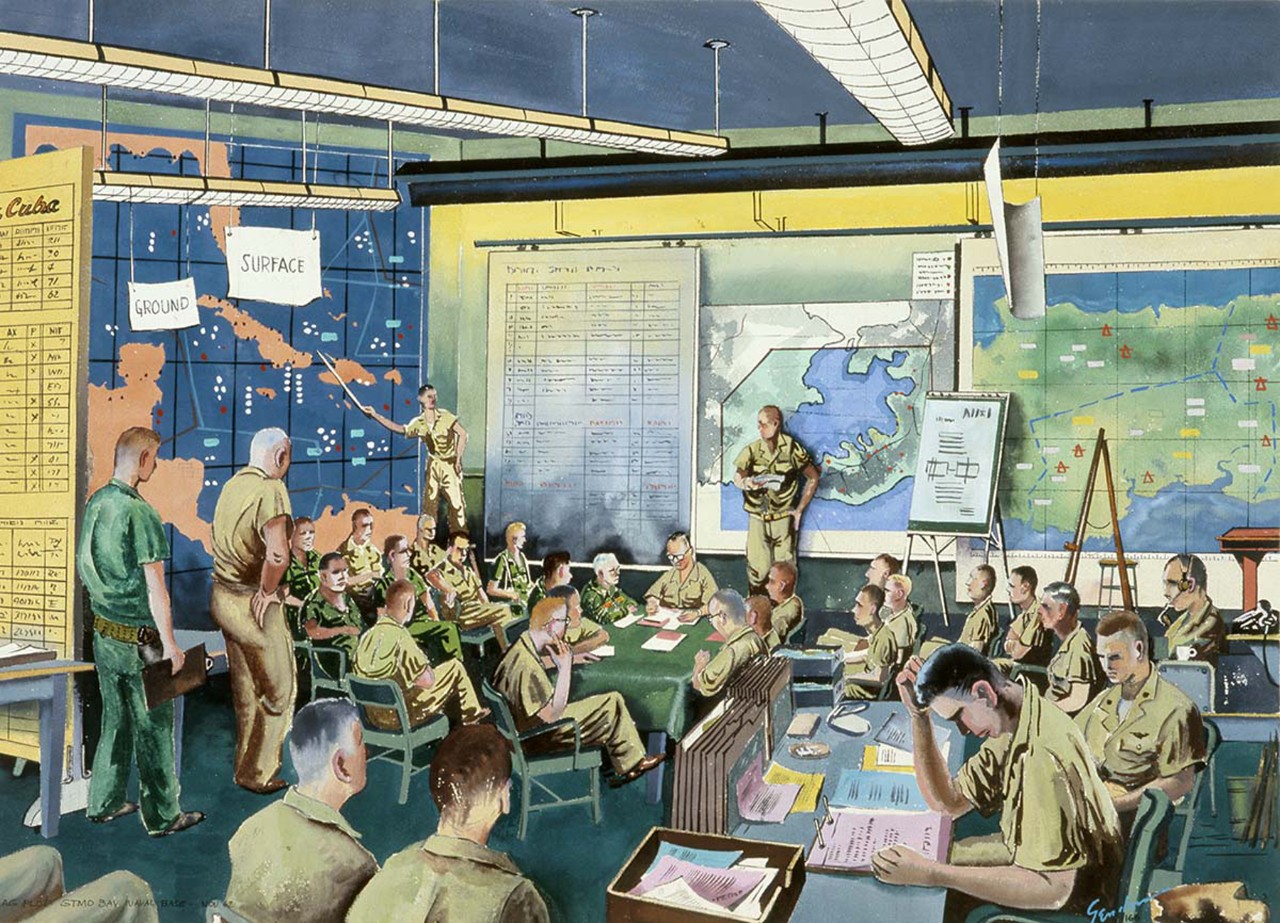 In the fall of 1962, the Soviet Union began construction on ballistic missile launch sites in Cuba. The United States responded with a naval blockade. For thirteen days, the fear of impending nuclear war continued until an agreement was reached for the removal of the weapons. Painting, watercolor on paper; by Richard Genders; 1962; unframed dimensions 20H X 28W. Accession#: 88-190-BT.

In the fall of 1962, the United States and the Soviet Union came as close as they ever would to global nuclear war. Hoping to correct what he saw as a strategic imbalance with the United States, Soviet Premier Nikita S. Khrushchev began secretly deploying medium- and intermediate-range ballistic missiles to Fidel Castro's Cuba. Once operational, these nuclear-armed weapons could have been used on cities and military targets in most of the continental United States. Before this happened, however, U.S. intelligence discovered Khrushchev's brash maneuver. In what became known as the Cuban Missile Crisis, President John F. Kennedy and an alerted and aroused American government, military, and public compelled the Soviets to remove not only their missiles, but also all of their offensive weapons, from Cuba.

The U.S. Navy played a pivotal role in this crisis, demonstrating the critical importance of naval forces to the national defense. The Navy, in cooperation with the other U.S. armed forces and allies, strategically employed military power in such a way that the President did not have to resort to war to protect vital Western interests. Khrushchev realized that his missile and bomber forces were no match for the Navy's powerful Polaris missile-firing submarines and the Air Force's land-based nuclear delivery systems once they became fully operational. Naval forces under the U.S. Atlantic Command, headed by Admiral Robert L. Dennison, steamed out to sea, intercepting both merchant shipping enroute to Cuba and Soviet submarines operating in the area. U.S. destroyers and frigates, kept on station through underway replenishment by oilers and stores ships, maintained a month-long naval quarantine of the island. Radar picket ships, supported by Navy fighters and airborne early warning planes, assisted the Air Force's Air Defense Command in preparing to defend American airspace from Soviet and Cuban forces. Playing a vital role, Navy aerial photographic and patrol aircraft observed the deployment of Soviet offensive weapons into Cuba (and eventually monitored their withdrawal by sea).

As the unified commander for the Caribbean, Dennison was responsible for readying Army, Air Force, Marine, and Navy assault forces for a possible invasion of Cuba. He also served as the Commander in Chief, U.S. Atlantic Fleet. The aircraft carriers, destroyers, and Marine forces of the subordinate Second Fleet, under Vice Admiral Alfred G. Ward, were poised to launch air, naval gunfire, and amphibious strikes from the sea against Soviet and Cuban forces ashore. With speed and efficiency, other fleet units reinforced the Marine garrison at Guantanamo on Cuba's southeastern tip and evacuated American civilians. Dennison also coordinated the maritime support operations carried out by Canadian, British, Argentine, and Venezuelan forces.

Khrushchev, faced with the armed might of the United States and its allies, had little choice but to find some way out of the difficult situation in which he had placed himself and his country. President Kennedy did not press the advantage that the strength of U.S. and allied naval and military forces gave him. Thus, the Soviet leader was able to peacefully disengage his nation from this most serious of Cold War confrontations. 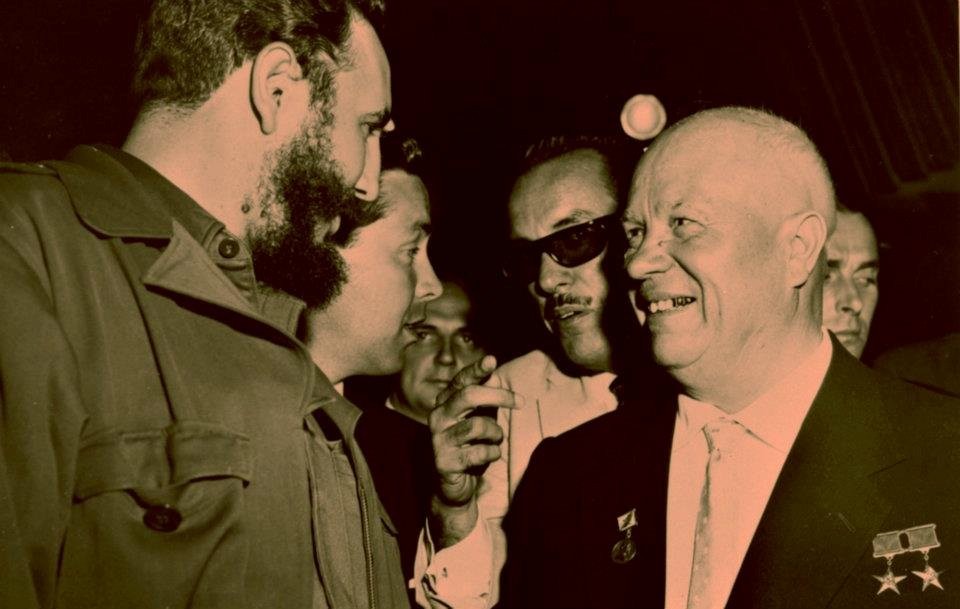 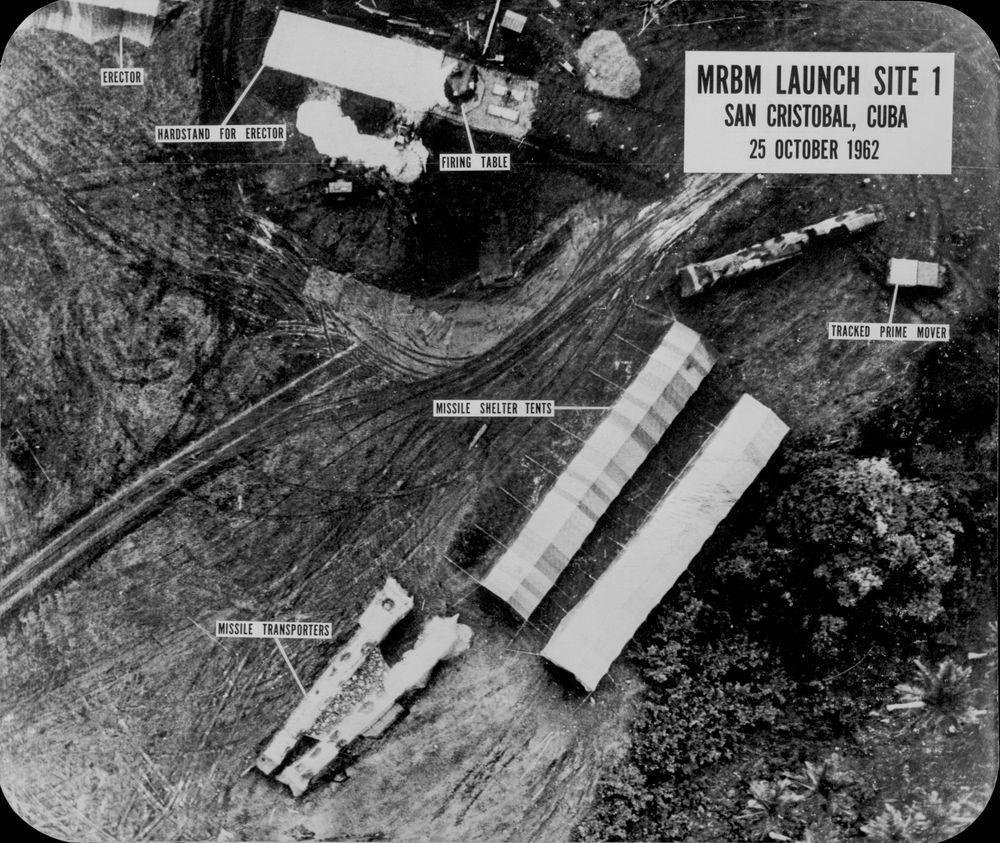 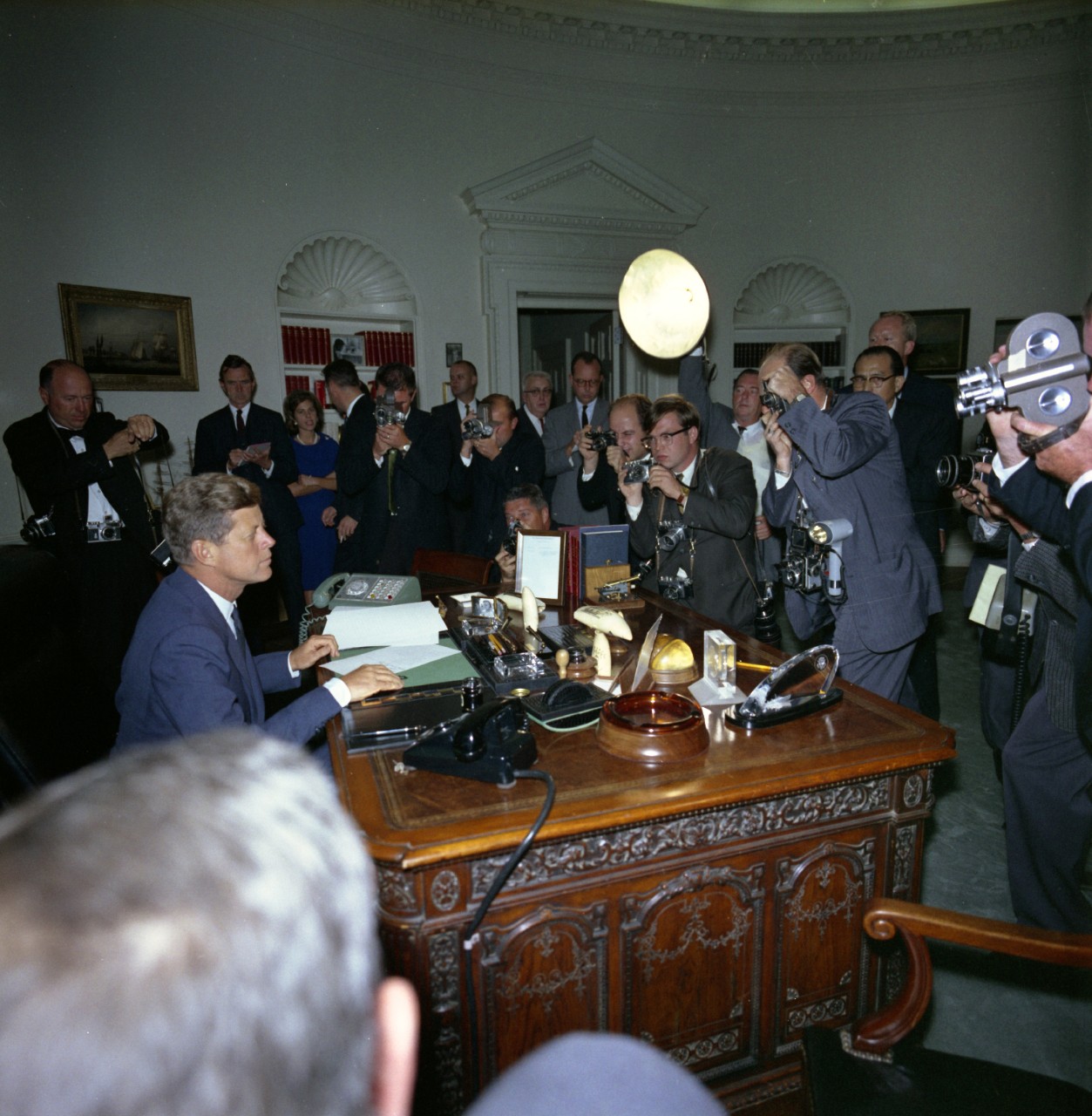 Photographers and cameramen swarm President Kennedy at his desk in the Oval Office upon signing the Cuba Quarantine order, 23 October 1962. (National Archives identifier: 6817196) 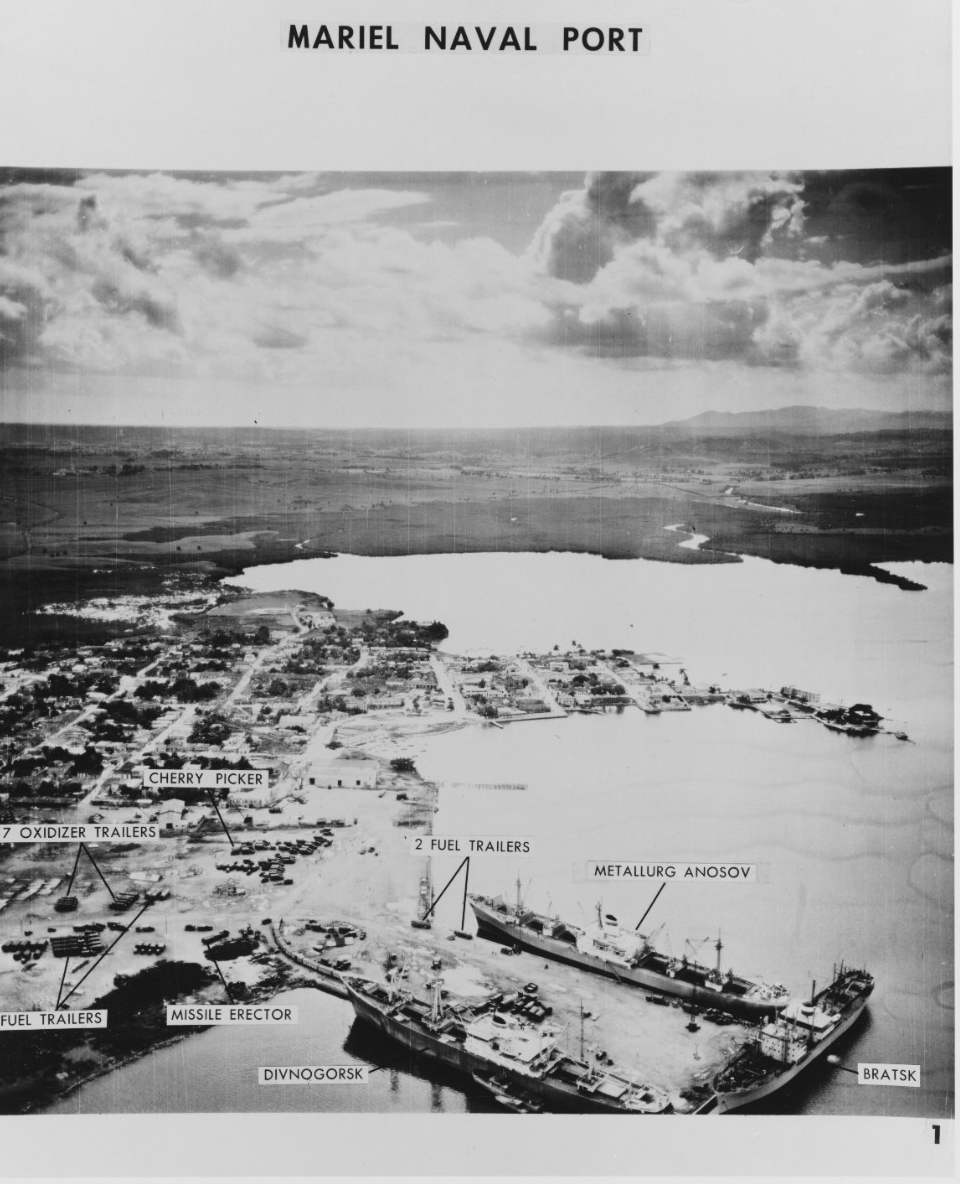 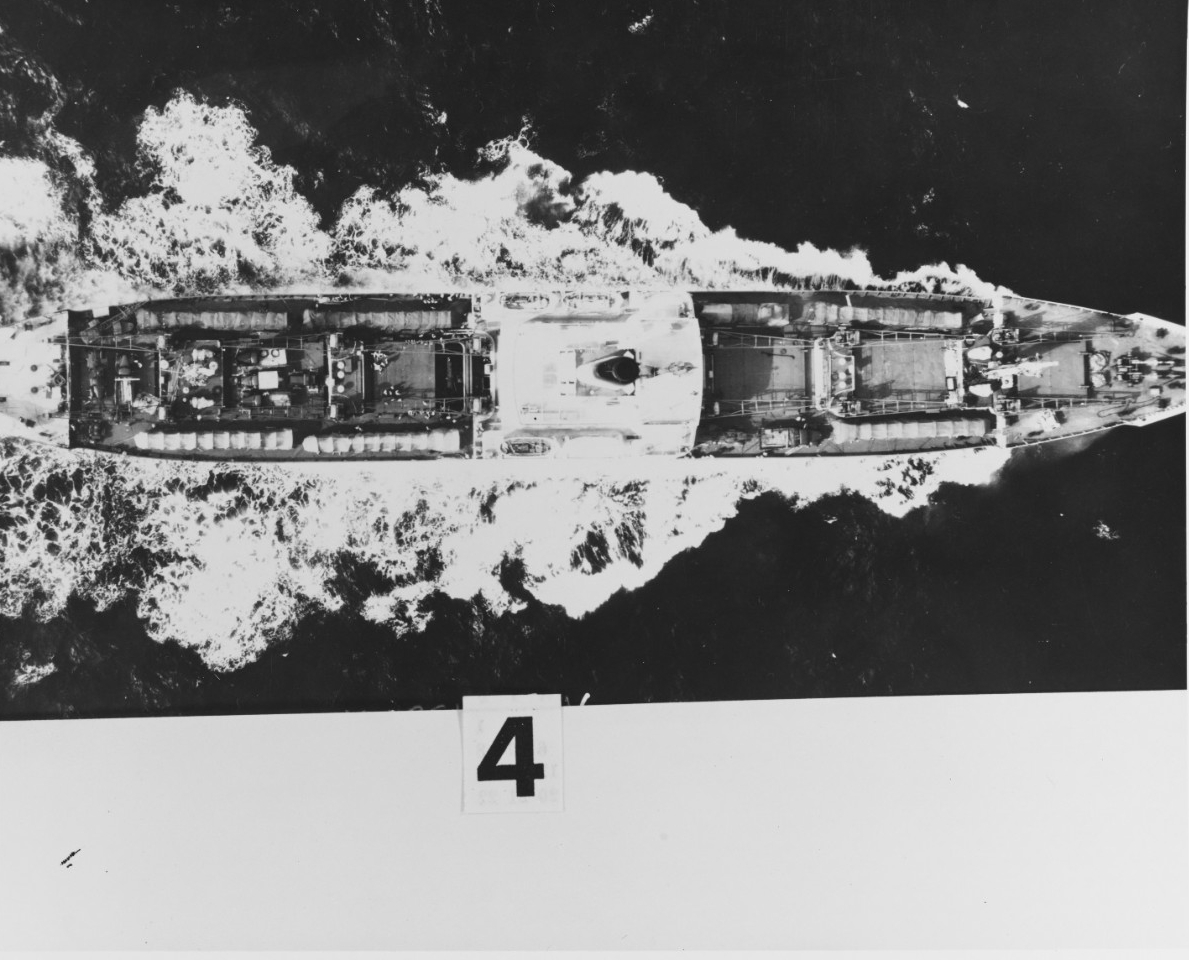 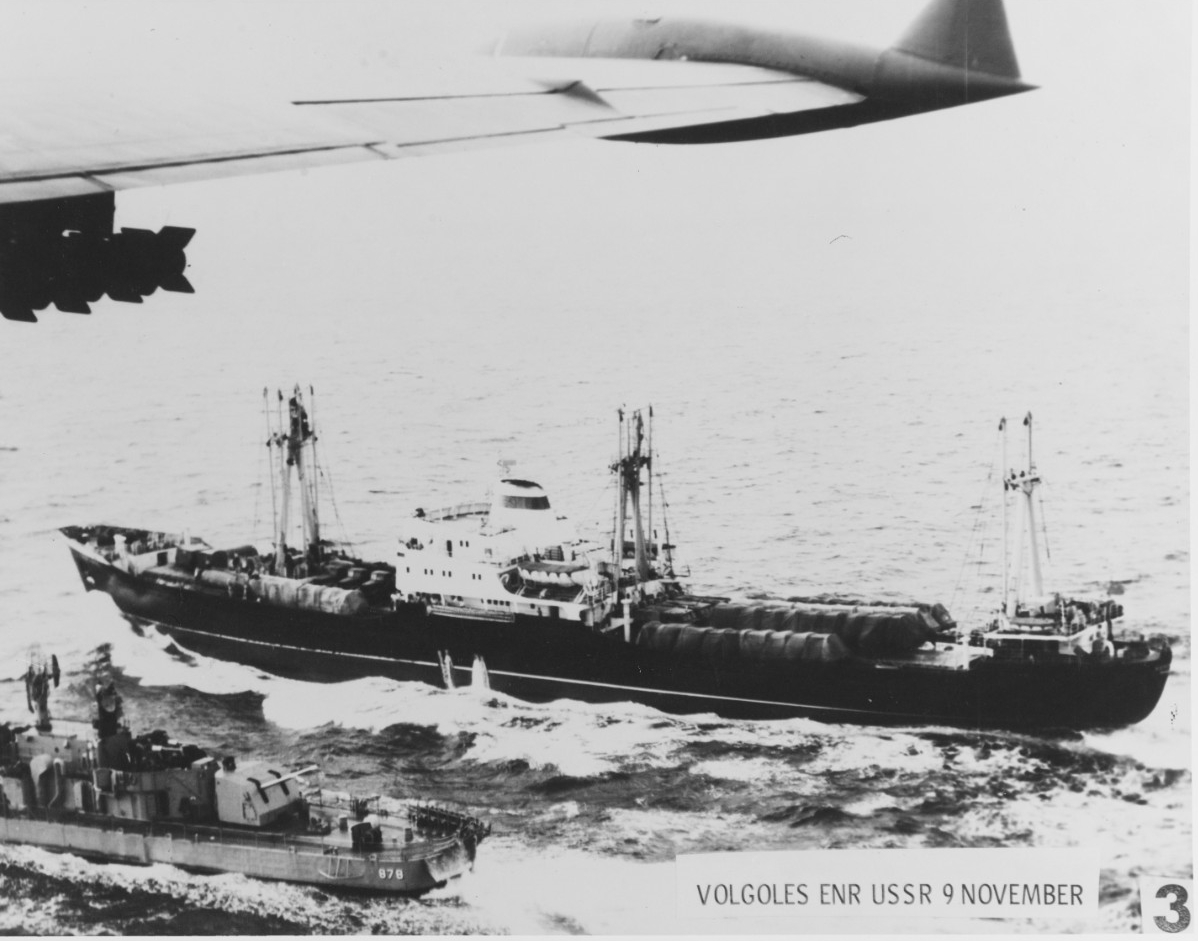 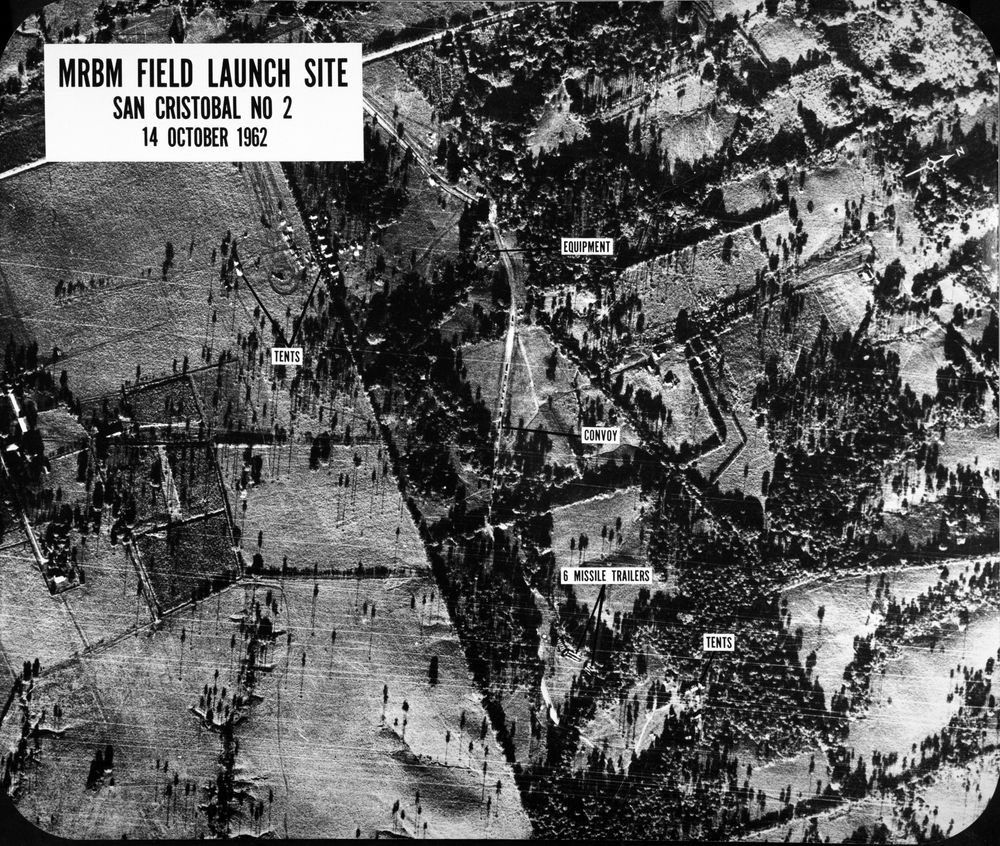 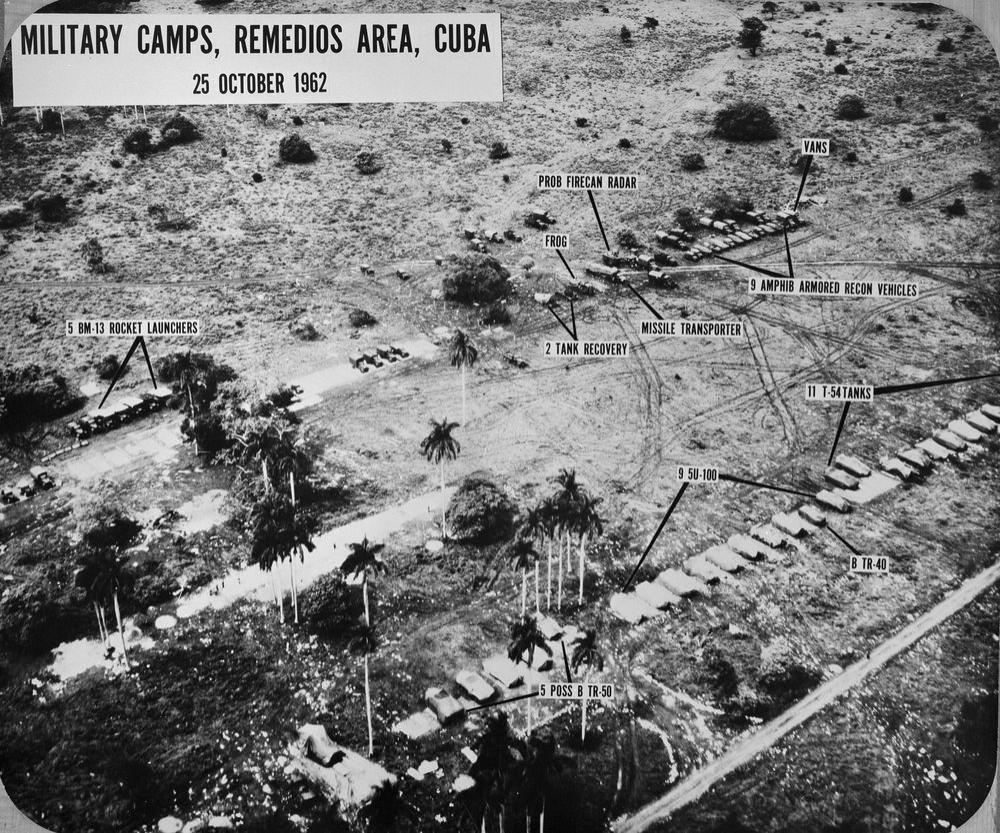 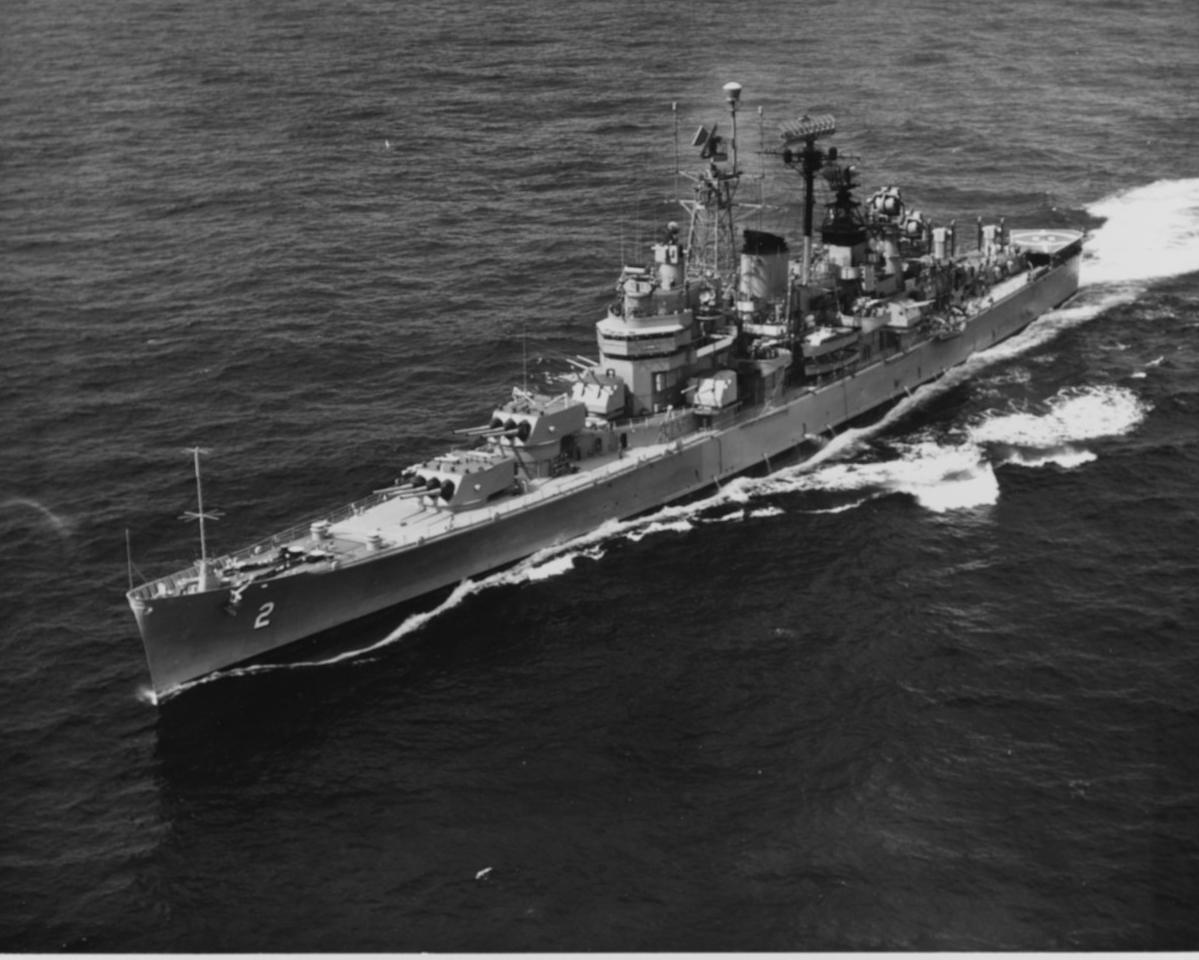 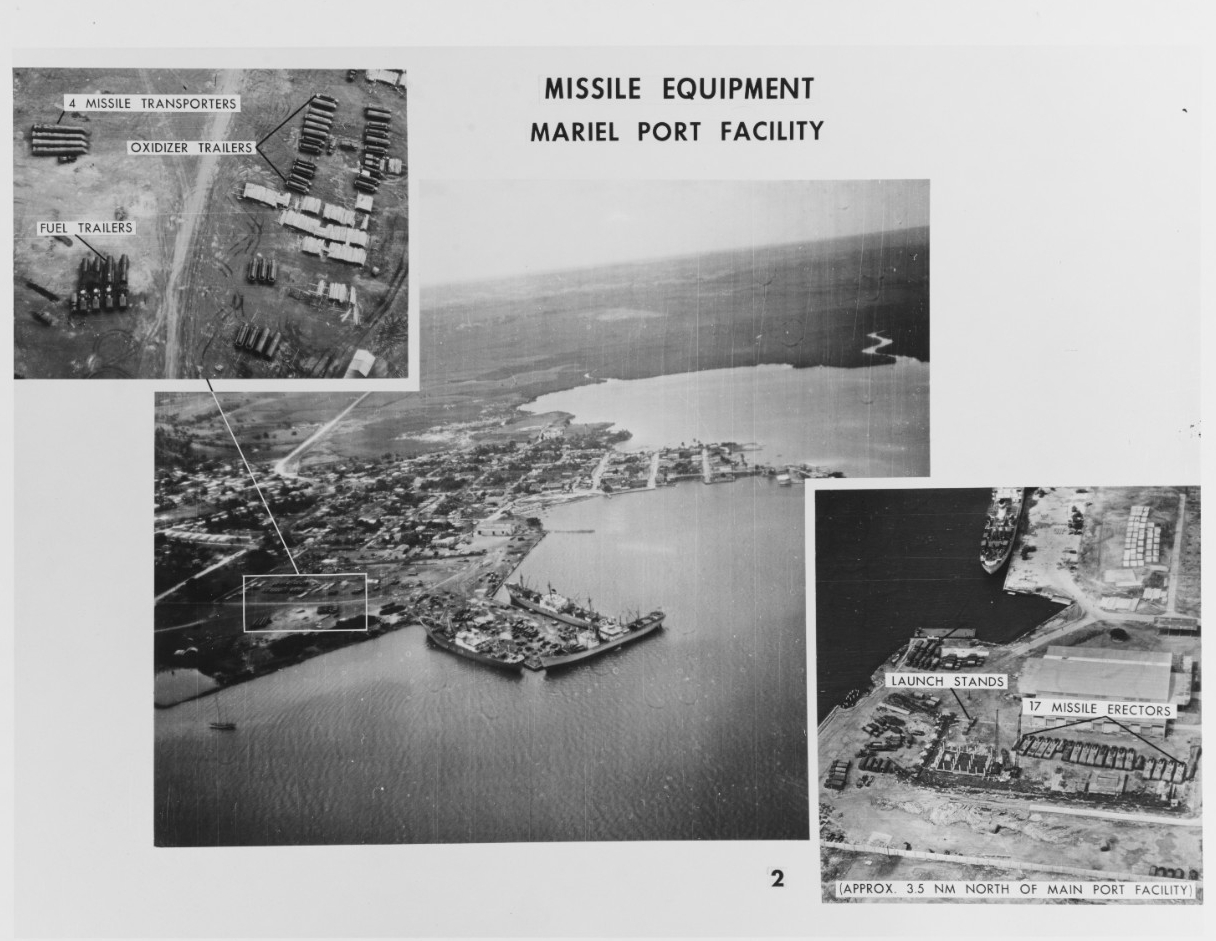 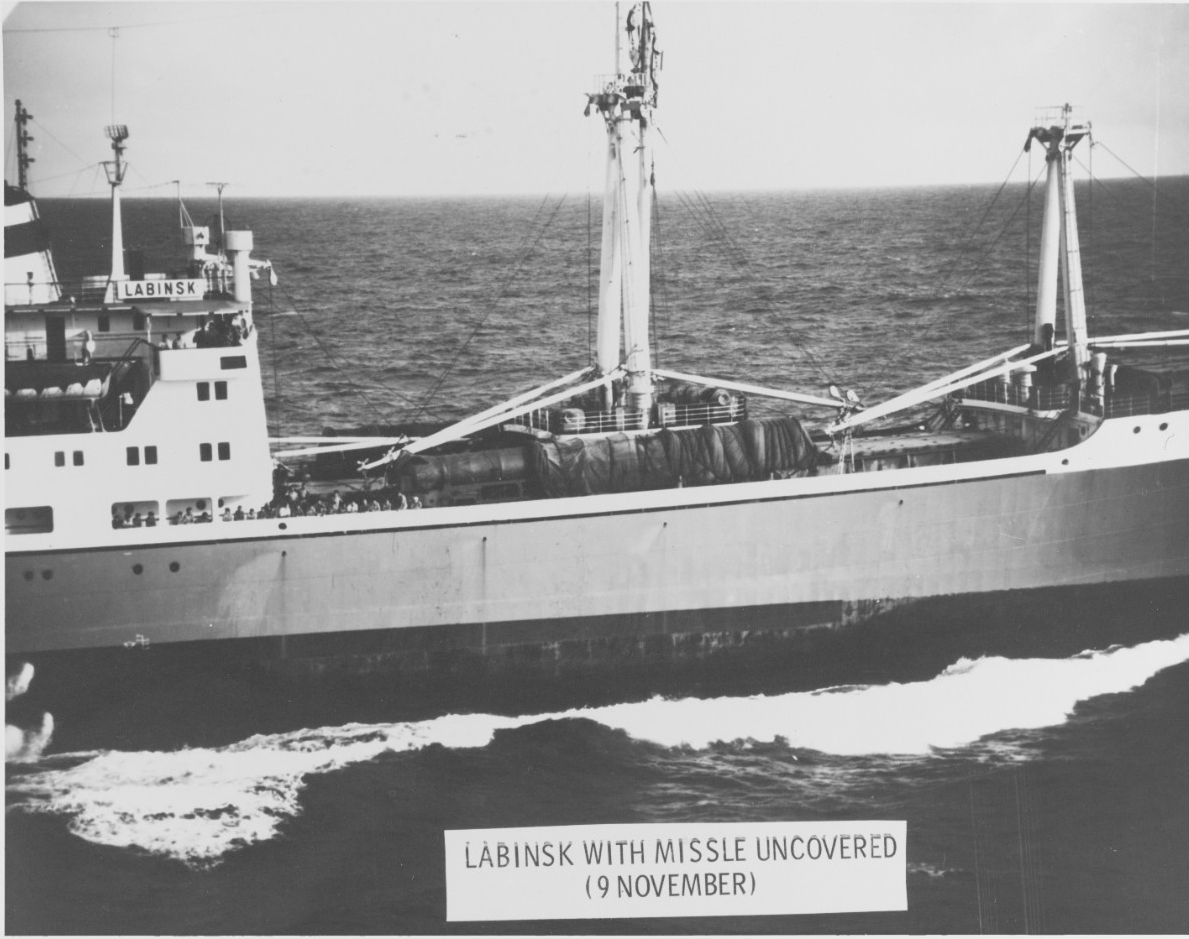 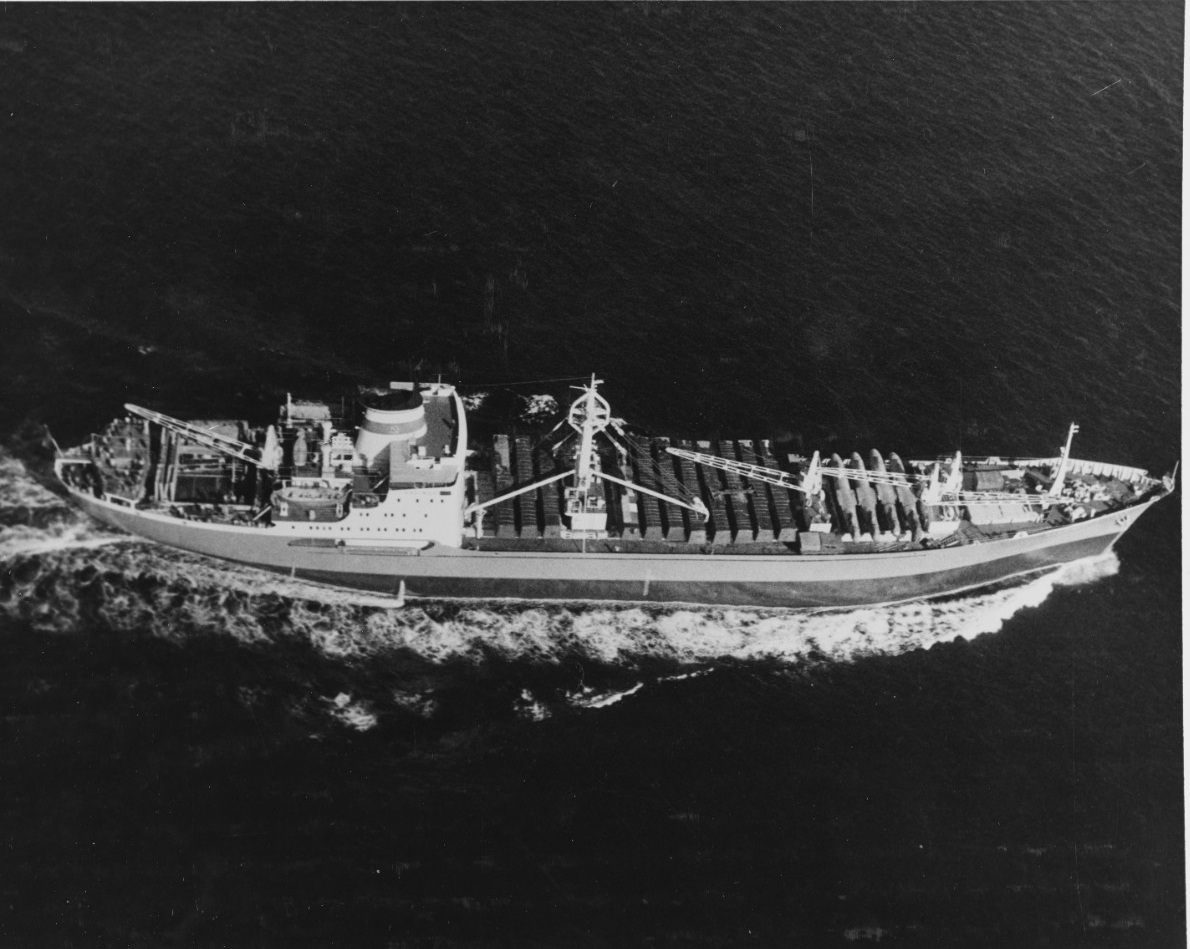 Soviet freighter Kasimov at sea, with 15 IL-28 Beagle bombers on deck, 11 in crates which were opened by the Soviet crew for U.S. air inspection, 2 December 1962. Planes were then being withdrawn from Cuba. (National Archives. Catalog#: USN 711262)