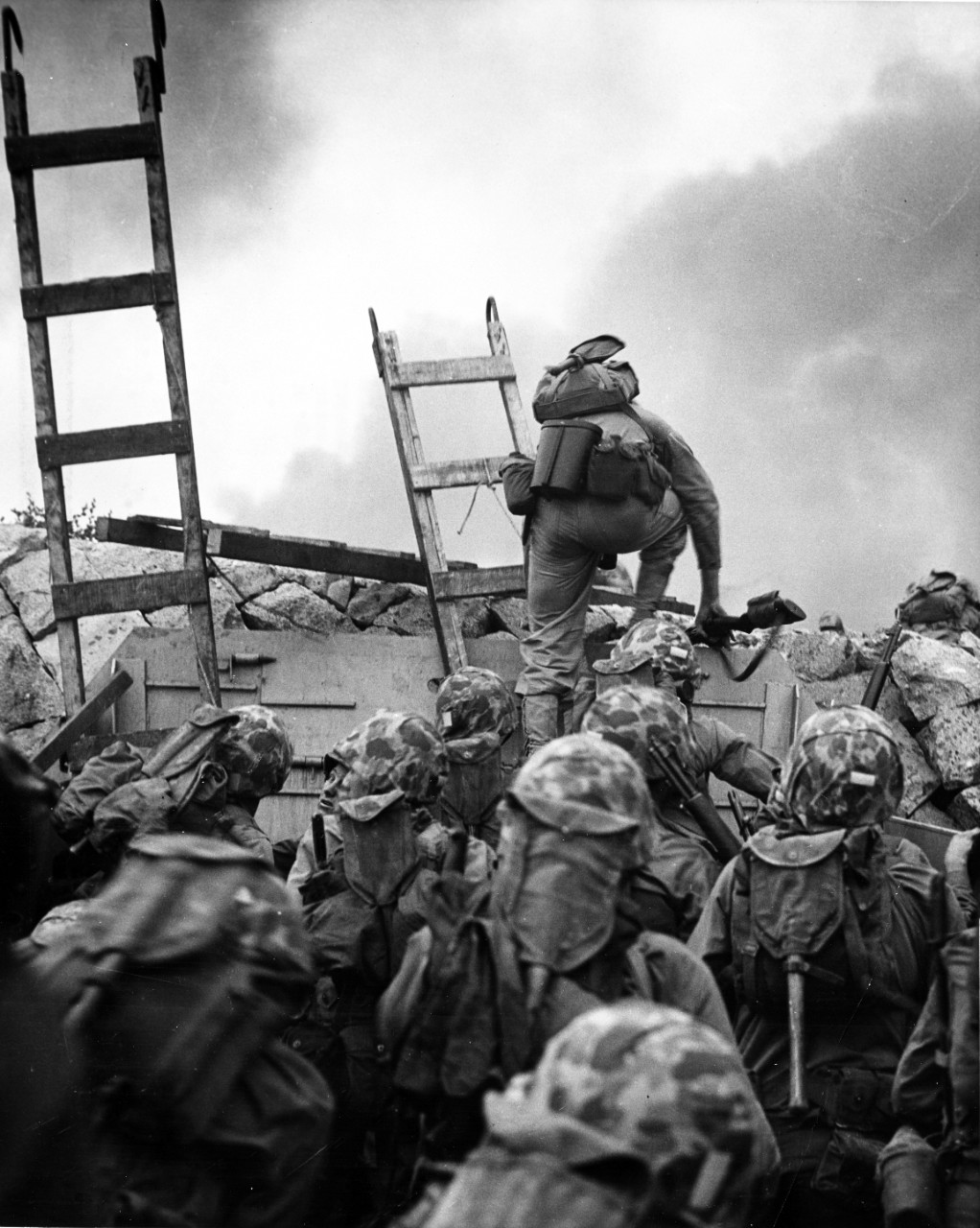 Inchon, Korea, 15 September 1950: First Lieutenant Baldomero Lopez, USMC, leads the 3rd Platoon, Company A, 1st Battalion, 5th Marines over the seawall on the northern side of Red Beach. Wooden scaling ladders are in use to facilitate disembarkation from the LCVP that brought these men to the shore. Lopez was killed in action within a few minutes, while assaulting a North Korean bunker (NH 96876).

History of U.S. Naval Operations: Korea, an online version of James A. Field's comprehensive history of the Korean War, first released in 1962 and no longer in print

Mine Warfare in the Korean War, by Edward J. Marolda

A New Equation: Chinese Intervention into the Korean War Colloquium on Contemporary History No. 3, 20 June 1990

U. S. Navy Special Operations in the Korean War: "Revolt of the Admirals"