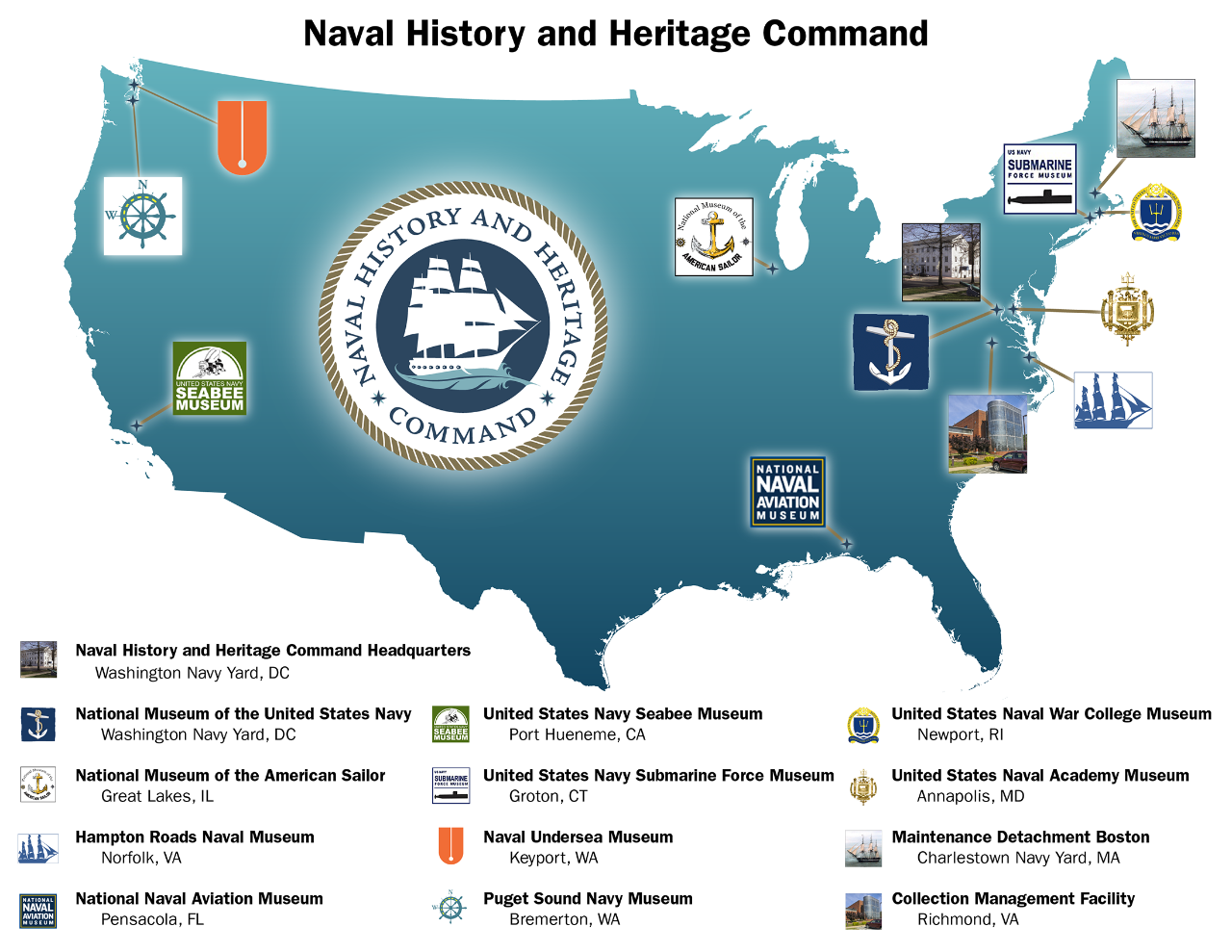 The Naval History and Heritage Command (NHHC), headed by the Director of Naval History, is an Echelon II command headquartered on the Washington Navy Yard, D.C.

Vision: To serve our nation, by using the power of history and heritage to enhance the warfighting capability of the U.S. Navy.

Mission: To preserve and present an accurate history of the U.S. Navy.

The Naval History and Heritage Command traces its lineage to 1794, when the Navy Department Library was established under the Naval Bureau, which was part of the War Department in Philadelphia. In 1800, President John Adams asked Benjamin Stoddert, the first Secretary of the Navy, to prepare a catalog of professional books best suited for a naval library. Today, the NHHC is the central resource for today’s operational Navy and acts as the service's institutional memory.