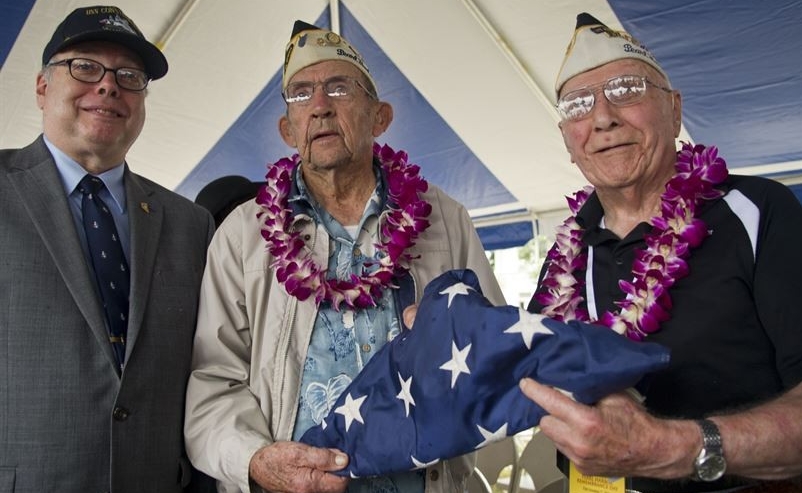 Welcome to the NHHC Director's Corner!

In November 2016, Director Cox initiated a series of "H-grams." Inspired by the late Admiral Zumwalt’s series of Z-grams used to communicate with Sailors throughout the Navy, H-grams are an avenue by which NHHC provides significant historical context to aid today’s decision-makers. H-grams and associated attachments reflect Director Cox’s personal assessment, aided by NHHC historians, of significant events in U.S. Navy history. Each H-gram draws on archival material, historic imagery, and written and oral history. In addition to the H-grams reproduced here, you’ll find links to Director Cox’s regular contributions to The Sextant, NHHC’s blog. The linked content explores a variety of topics, but consistently emphasizes the importance of honoring the service of Sailors throughout history and understanding the relevance of the past to today’s Navy.

Director Sam Cox's H-Gram 072 primarily focuses on the 80th anniversary of the decisive Battle of Midway (4-7 June 1942). It reprises Director Cox's 75th anniversary coverage (H-Gram 006) with the addition of more detail on the incredibly heroic action of the TBF Avenger torpedo bomber detachment of Torpedo Squadron 8 (VT-8), based on Midway and led by Lieutenant Langdon Fieberling. Fieberling's decision to attack the enemy forces at once set into motion the sequence of events leading to the destruction of the Japanese carrier force.