H-Gram 076: There Are No Headstones at Sea 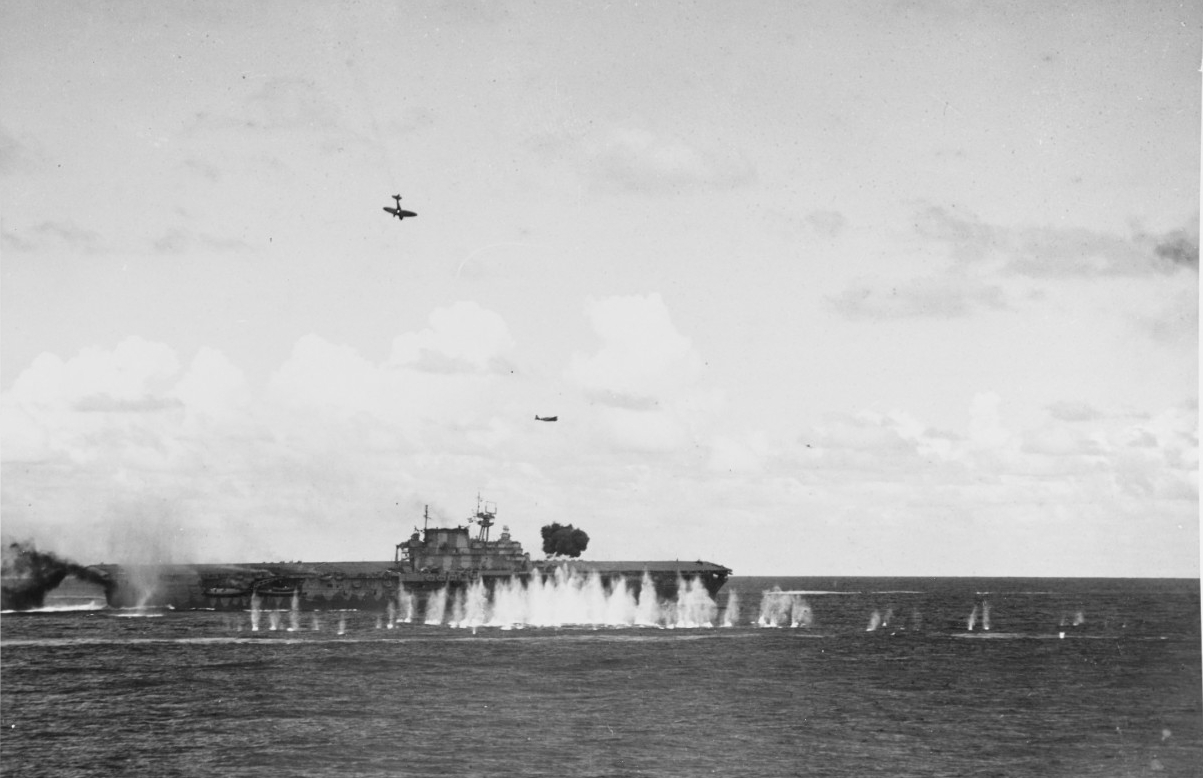 During the Battle of the Santa Cruz Islands on 26 October 1942, a Japanese Type 99 shipboard bomber ("Val") trails smoke as it dives toward USS Hornet (CV-8). This aircraft struck the ship's stack and then her flight deck. A Type 97 shipboard attack plane ("Kate") is flying over Hornet after dropping its torpedo, and another Val is off her bow. Note the anti-aircraft shell burst between Hornet and the camera, with its fragments striking the water nearby. The heavily damaged carrier was lost on the following day (80-G-33947).

I regret that due to the press of business I have fallen way behind on H-gram writing, but there are Vietnam War, Korean War, and Guadalcanal updates in various stages of completion on my computer. I’ve had many people say, “You have the best job in the Navy.” I would agree, although it turns out to be a real job, with the usual challenges of an Echelon 2 command. So, with the holidays approaching, which I always view as a time for reflection and not just merriment, I thought I would recycle one of my favorite H-grams, “There Are No Headstones at Sea,” which speaks to why I do what I do, and why I consider it such an honor to tell the stories of the valor and sacrifice of the American Sailor in preserving the freedom that we hold so dear, but frequently take for granted.

However, I would first like to take a moment to pass some information about Naval History and Heritage Command as this has literally been a banner year that has seen the culmination of several projects resulting from years of planning, and yes, fighting for money.

Our goal for the new museum is a groundbreaking in conjunction with the 250th birthday of the U.S. Navy in 2025. I will happily pass the NMDF’s contact info to anyone interested in helping with this task.

Please see attachment H-027-1 for “There Are No Headstones at Sea: The Search for Wasp and Hornet."