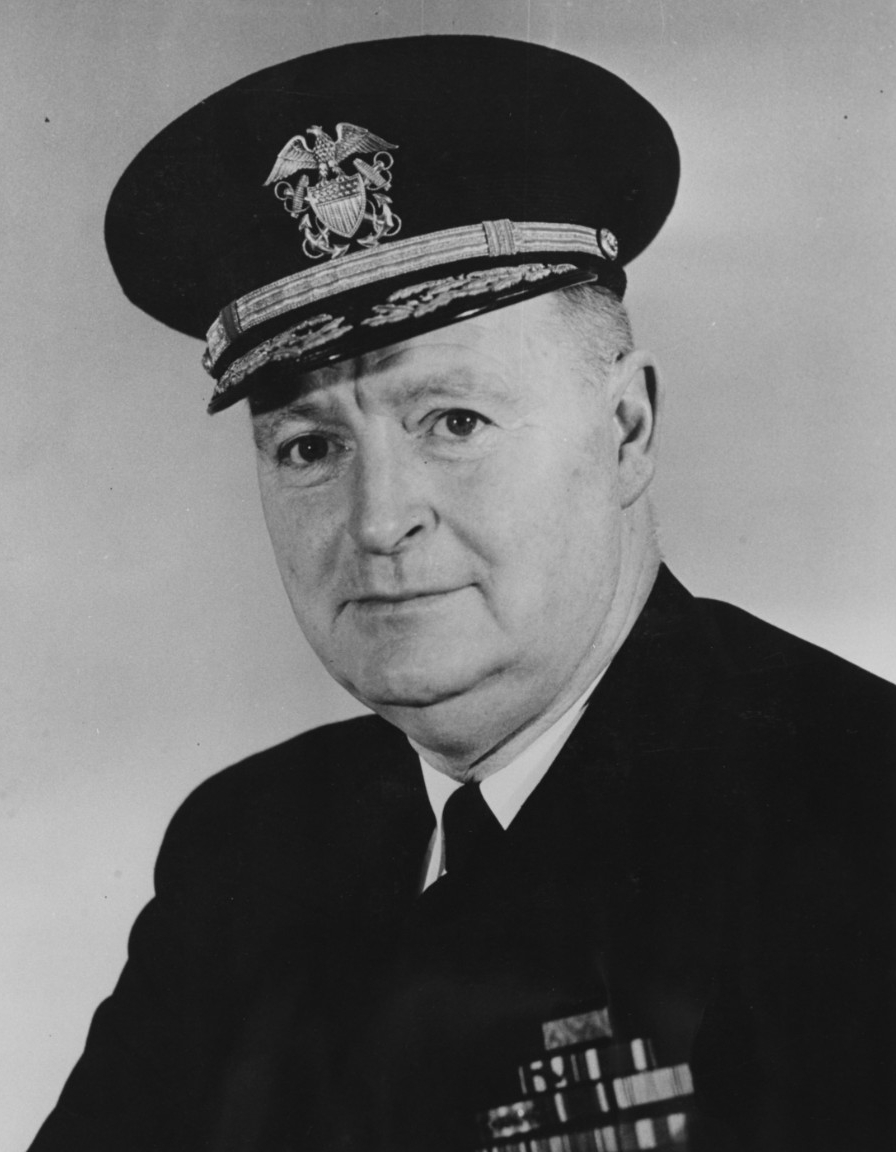 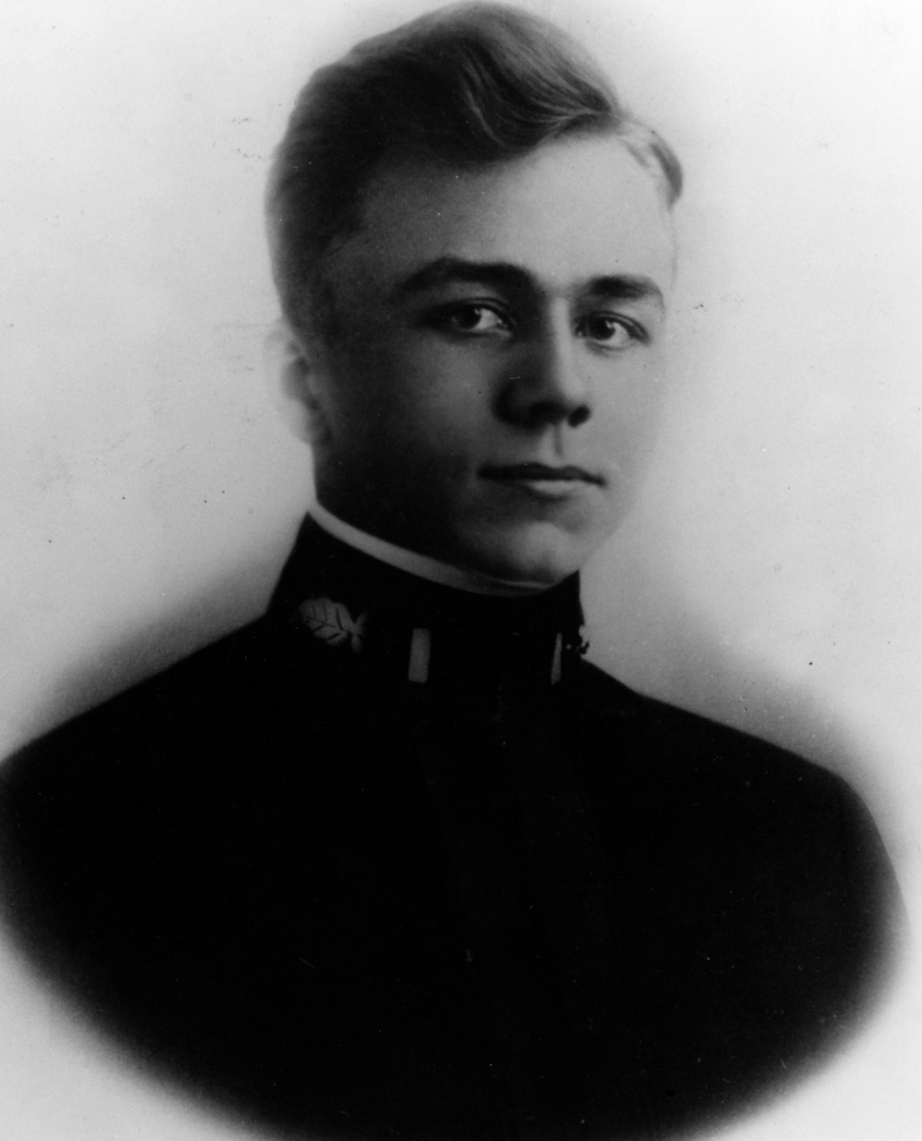 “For extraordinary heroism and devotion to duty while serving with the 5th Regiment, U.S. Marine Corps. Under heavy shellfire, on 23 April 1918 on the French Front, Lieutenant Commander Lyle rushed to the assistance of Corporal Thomas Regan, who was seriously wounded, and administered such effective surgical aid while bombardment was still continuing, as to save the life of Corporal Regan.”

“For extraordinary heroism while attached to the 6th Regiment, U.S. Marines, in actual conflict with the enemy and under fire during the advance on Bouresche, France on 6 Jun 1918. In the hottest of the fighting when the Marines made their famous advance on Bouresche at the southern end of Belleau Wood, LTJG Osborne threw himself zealously into the work of rescuing the wounded. Extremely courageous in the performance of this perilous task, he was killed while carrying a wounded officer to a place of safety.”

Lieutenant (Junior Grade) Osborne and the Marine officer he was carrying, Captain Duncan, were both killed by shellfire. The destroyer USS Osborne (DD-295) was named in his honor and served during the 1920s before being sold off and converted for use as a commercial banana boat in Central America. Upon the outbreak of World War II, the re-named vessel was required and refitted to run the Japanese blockade of Bataan and Corregidor in the Philippines, but it made it only as far as Australia before the Philippines fell. She caught fire in Sydney Harbor in 1942 and was unsalvageable—eventually being deliberately sunk off Sydney in 1947.

Lieutenant (Junior Grade) Osborne’s rare “Tiffany Cross” Medal of Honor was recovered by the FBI after someone tried to sell it—it had been first stolen from the family in the 1950s—and provided to the National Museum of the U.S. Navy in 2003. There has been discussion as to whether it actually is the original or a replica, but is believed to be the original.

I realize that my H-grams are about naval history, but there was only one other dental officer in any service to be awarded the Medal of Honor: Captain Ben L. Salomon, U.S. Army. I find his Medal of Honor citation to be worth the read.

“For conspicuous gallantry and intrepidity at the risk of his life above and beyond the call of duty:

"Captain Ben L. Salomon was serving at Saipan, in the Marianas Islands on July 7, 1944, as the surgeon for 2nd Battalion, 105th Infantry Regiment, 27th Infantry Division. The Regiment’s 1st and 2nd Battalions were attacked by an overwhelming force estimated between 3,000 and 5,000 Japanese soldiers. It was one of the largest attacks attempted in the Pacific Theater during World War II. Although both units fought furiously, the enemy soon penetrated the Battalions’ combined perimeter and inflicted overwhelming casualties. In the first minutes of the attack, approximately 30 wounded soldiers walked, crawled or were carried into Captain Salomon’s aid station, and the small tent soon filled with wounded men. As the perimeter began to be overrun, it became increasingly difficult for Captain Salomon to work on the wounded. He then saw a Japanese soldier bayoneting one of the wounded soldiers lying near the tent. Firing from a squatting position, Captain Salomon quickly killed the enemy soldier. Then, as he turned his attention back to the wounded, two more Japanese soldiers appeared in the front entrance of the tent. As these enemy soldiers were killed, four more crawled under the tent walls. Rushing them, Captain Salomon kicked the knife out of the hand of one, shot another and bayoneted a third. Captain Salomon butted the fourth enemy soldier in the stomach and a wounded comrade then shot and killed the enemy soldier. Realizing the gravity of the situation, Captain Salomon ordered the wounded men to make their way as best they could back to the regimental aid station, while he attempted to hold off the enemy until they were clear. Captain Salomon then grabbed a rifle from one of the wounded and rushed out of the tent. After four men were killed while manning a machine gun, Captain Salomon took control of it. When his body was later found, 98 dead enemy soldiers were piled in front of his position. Captain Salomon’s extraordinary heroism and devotion to duty are in keeping with the highest traditions of military service and reflect great credit upon himself, his unit, and the United States Army.”

It is also noteworthy that it took until 2002 for Captain Salomon to be awarded the Medal of Honor, which was originally turned down because he was wearing an arm brassard with a red cross. At the time the Geneva Convention stipulated that medical personnel could not bear arms against the enemy, although more recent interpretations are that it is permissible for medical personnel to defend themselves with pistols or rifles. For many years, the sticking point was Salomon’s use of a “crew-served” machine gun. Nevertheless, after many years and many attempts to get Salomon the award, President George W. Bush approved it in 2002.

Back to H-Gram 018 Overview