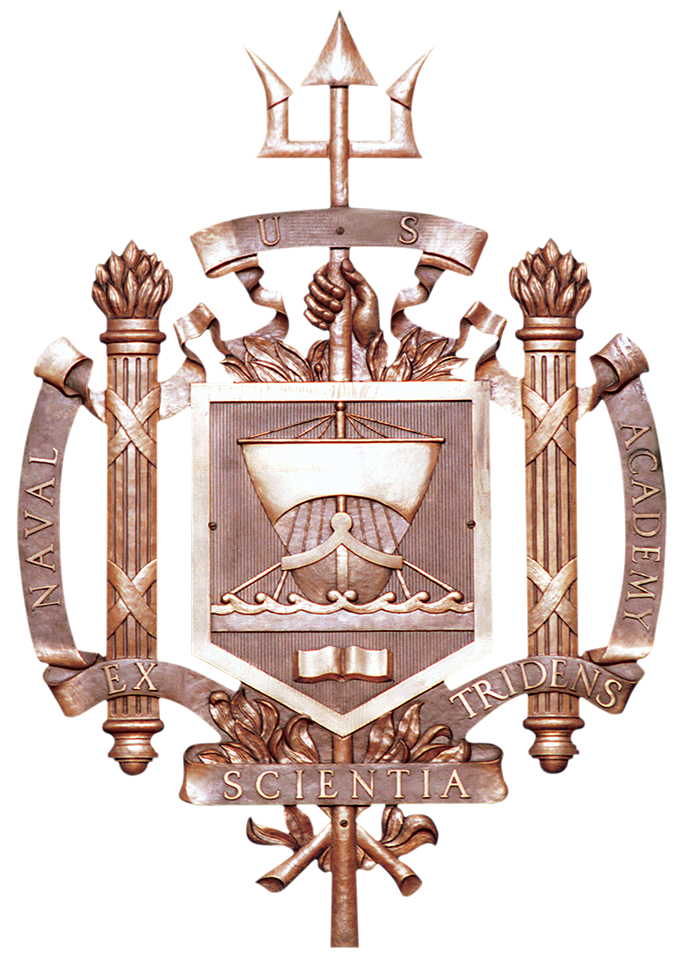 The coat of arms, or seal, of the United States Naval Academy. It consists of a hand grasping a trident, a shield bearing an ancient galley ship coming into action, an open book (representing education), and a banner with the motto "Ex scientia tridens," meaning "From knowledge, seapower." Designed by Park Benjamin, Naval Academy Class of 1867, the seal was adopted by the Navy Department on 25 January 1899 (USNA).

"From knowledge, seapower": On 10 October 1845, the United States Naval Academy was formally opened at Annapolis, Maryland. Naval History and Heritage Command has assembled collections of imagery, artifacts, art, and numerous other resources that commemorate the academy's often-colorful history. The Naval Academy has weathered the storms, rocks, and shoals of the United States' evolution as a nation and society, and has graduated scores of dedicated sea services officers who have made their marks in U.S. Navy and U.S. Marine Corps annals—and in the history of our nation.

"The United States Naval Academy, 1845-2020" provides an extensive review of the first 175 years of the academy's existence: its origins and mission, its institutional and professional challenges, the evolution of its curriculum, its changing physical appearance, the growth of unique traditions, and its lifeblood—its midshipmen. 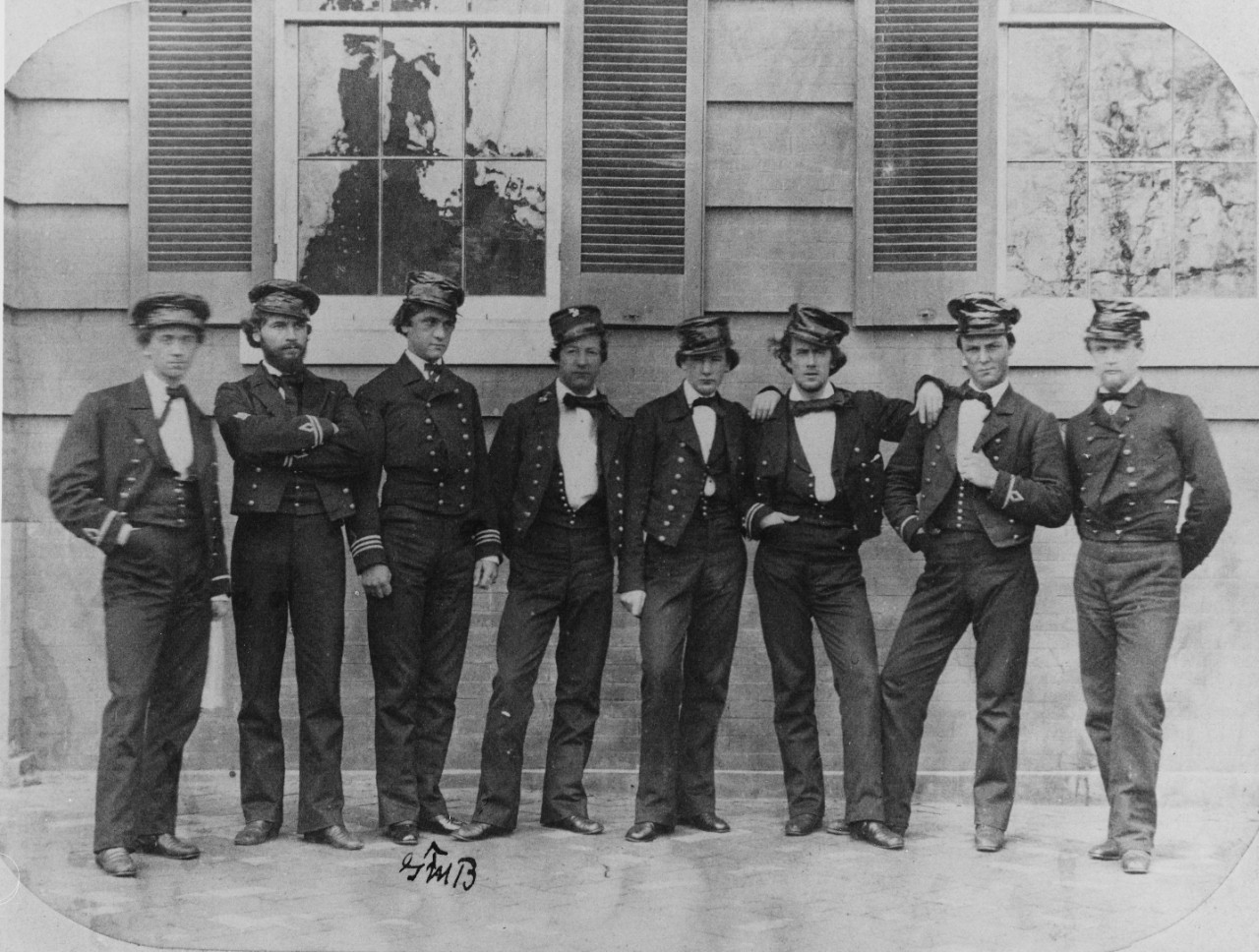 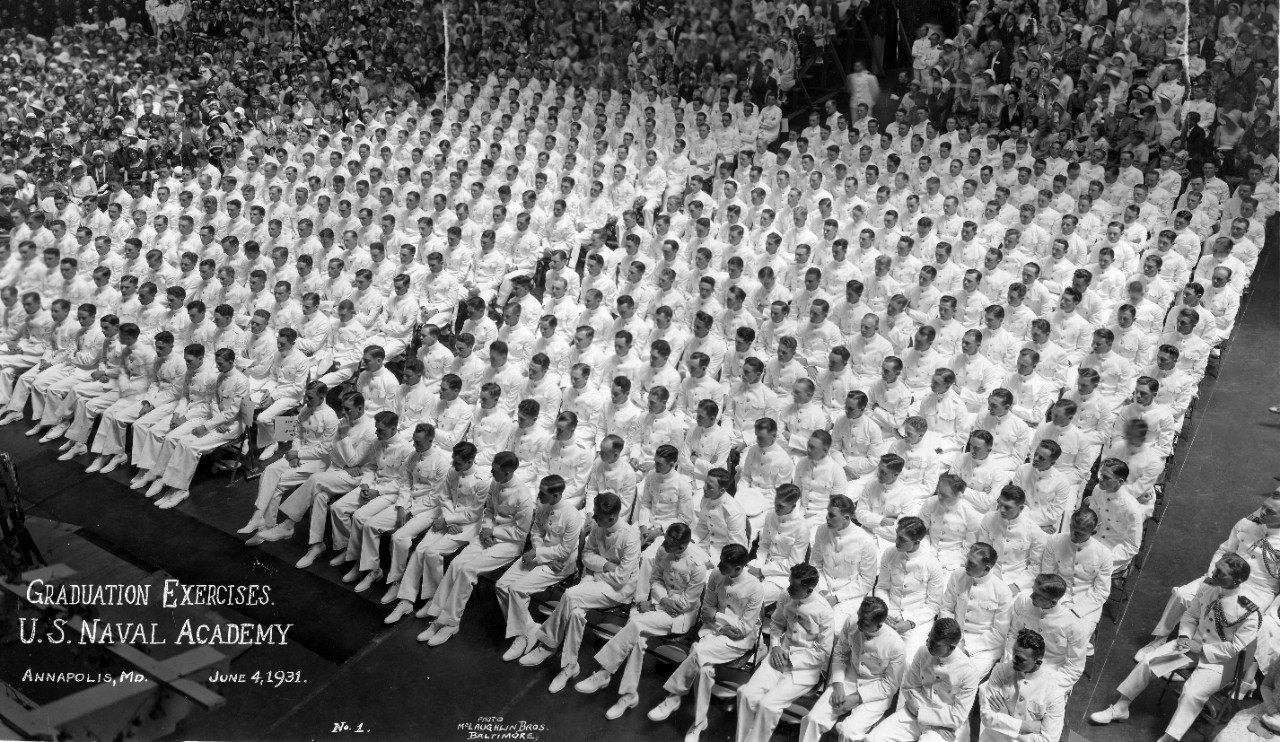 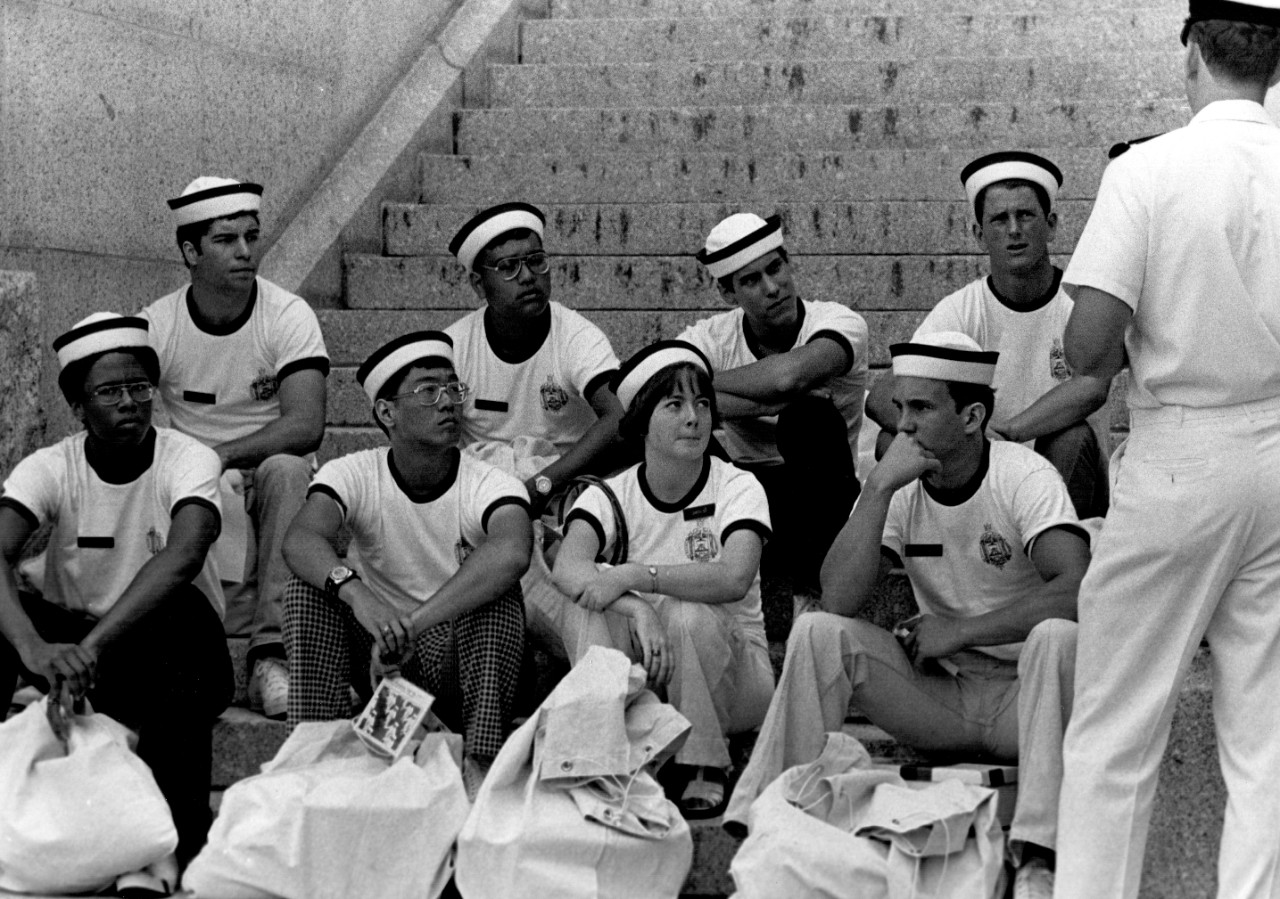 At the beginning of 1976 Plebe Summer, midshipmen of the Class of 1980 listen to instructions as they are assigned to battalions. This was the first year that the Naval Academy admitted female midshipmen (L39-10.07.01). 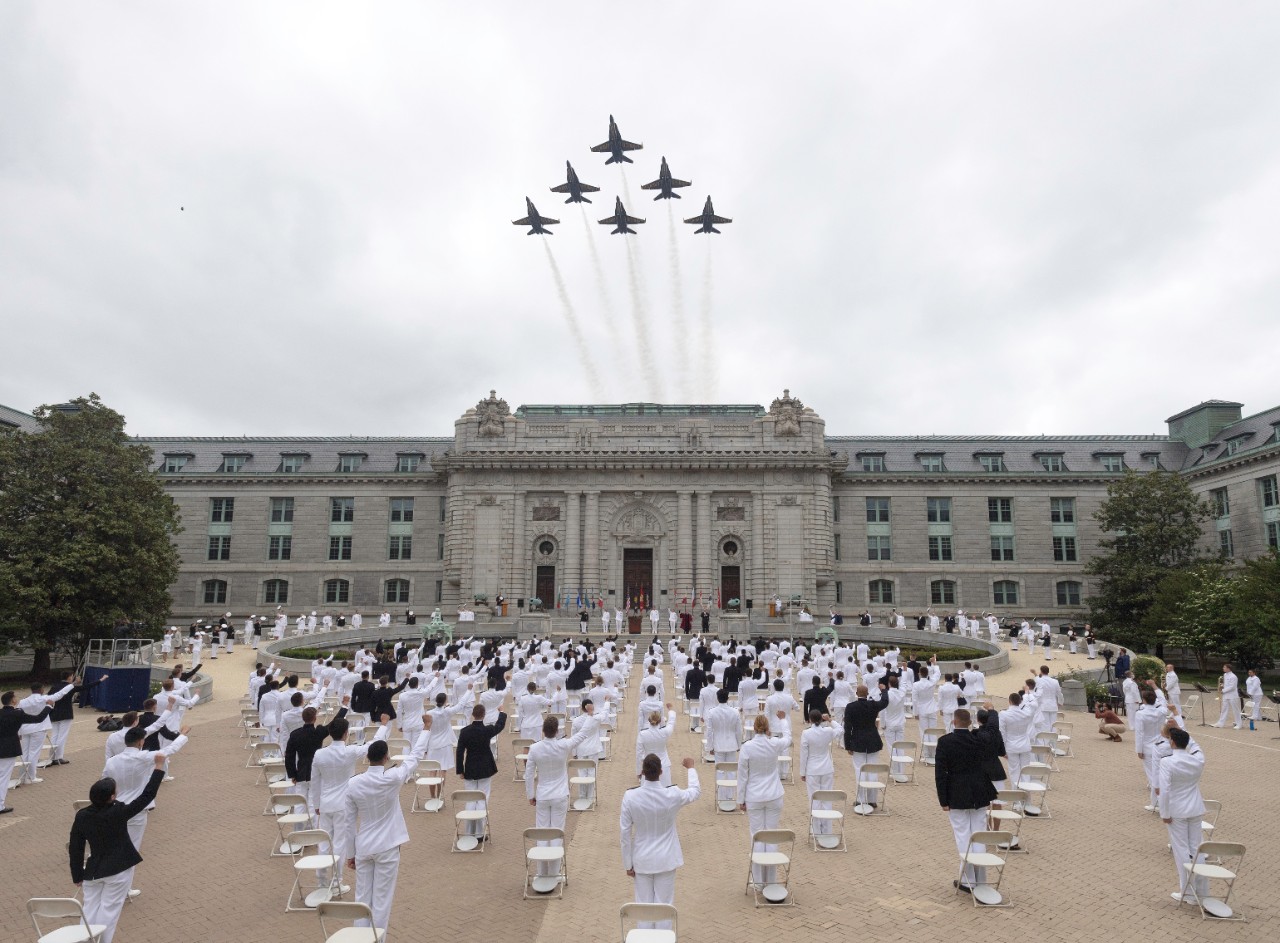 The U.S. Navy Flight Demonstration Squadron, the Blue Angels, fly over Bancroft Hall as midshipmen sing the alma mater, "Navy Blue and Gold," during the fifth swearing-in event for the U.S. Naval Academy Class of 2020. During the COVID-19 pandemic, the Class of 2020 graduated approximately 1,000 midshipmen during five swearing-in events and one virtual ceremony (200520-N-BD231-0917/U.S. Navy photo by Stacy Godfrey).