In 1814 and 1815, inventor Robert Fulton built the first war steamer, known both as Fulton and Demologos. The catamaran steam frigate was completed after Fulton’s death and delivered to the Navy in June 1816. Over the years, experimentation of steam propulsion occurred but steam-powered ships were required to still have sails. The Navy officially transitioned from sails to steam in the 1890s with the first battleships, Maine and Texas. After the destruction of Maine in Havana Harbor, Texas proved her might during the Battle of Santiago where the Spanish fleet was annihilated.

On Dec. 16, 1907, President Theodore Roosevelt sent the “Great White Fleet”—16-battleships of the Atlantic Fleet—on a 14-month voyage around the world to display American sea power. The 43,000-mile journey included 20 port calls across six continents with about 14,000 Sailors and Marines participating. The voyage ended on Feb. 22, 1909, leaving a lasting legacy at home and abroad.

On April 2, 1917, the U.S. joined World War I after years of neutrality. The most significant contribution of the Surface Navy during the war was the escort and transport of 2 million U.S. Soldiers to France. 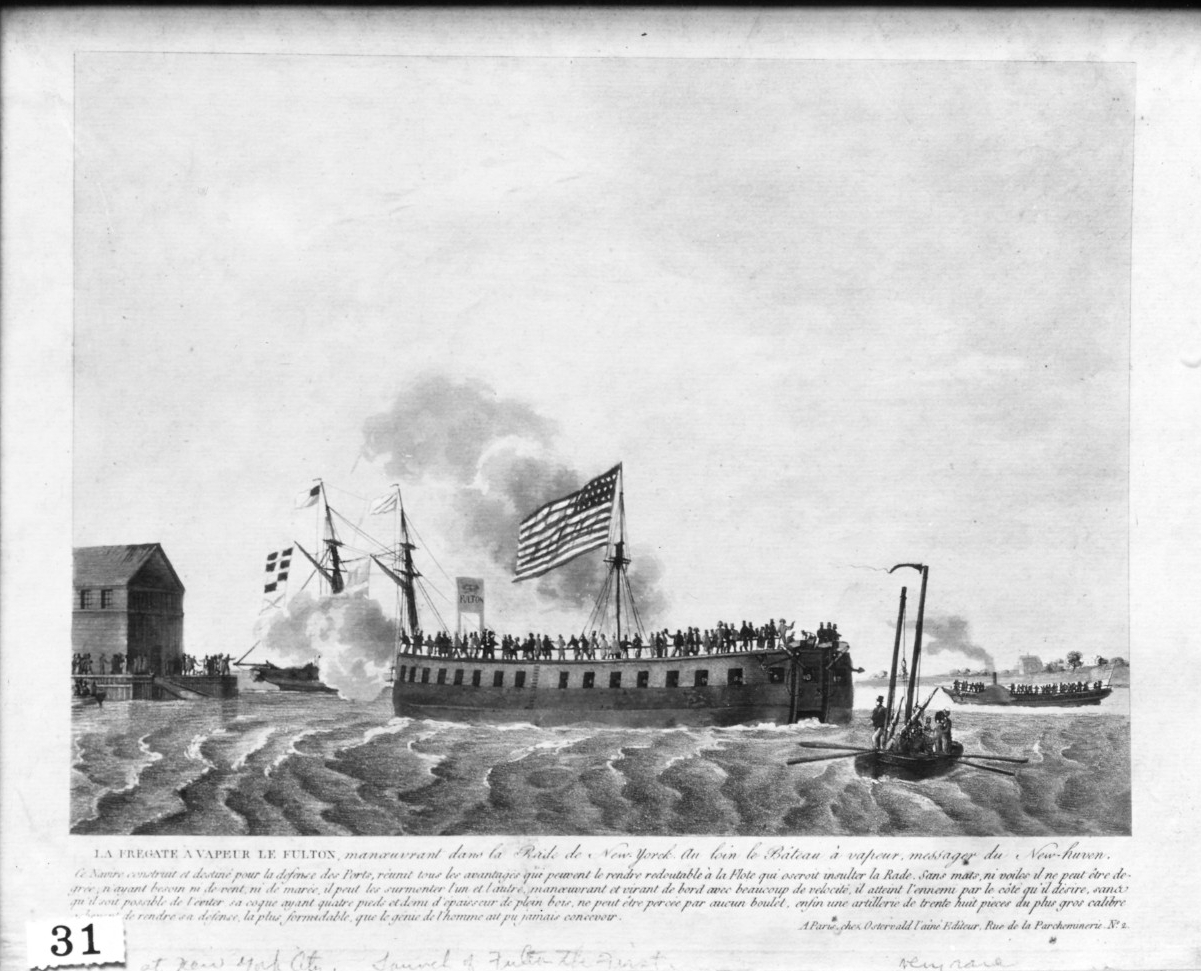 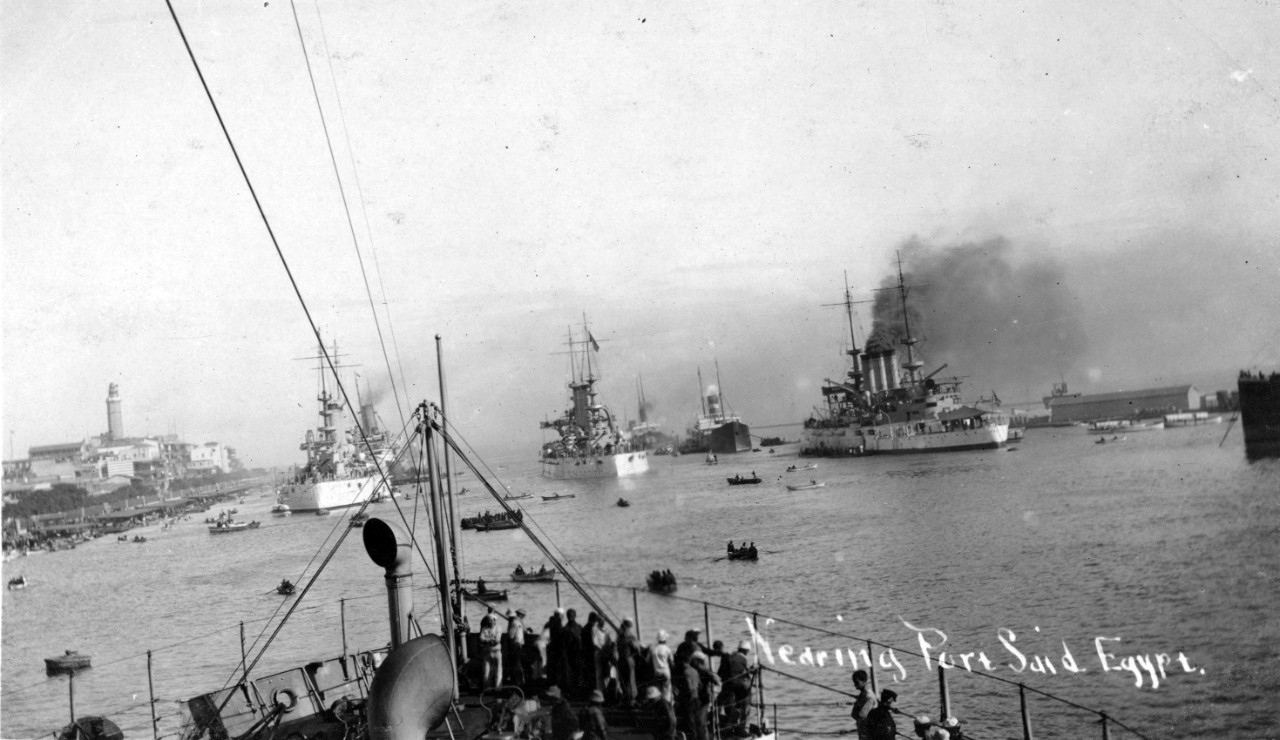 The Great White Fleet transits the Suez Canal, January 1909. Battleships of the fleet nearing Port Said, Egypt, circa 5-6 January 1909, as they approached the Mediterranean Sea during the final months of their cruise around the World. USS Ohio (Battleship # 12) is in the right center. Collection of Chief Quartermaster John Harold. U.S. Naval History and Heritage Command photograph. Catalog #: NH 101494. 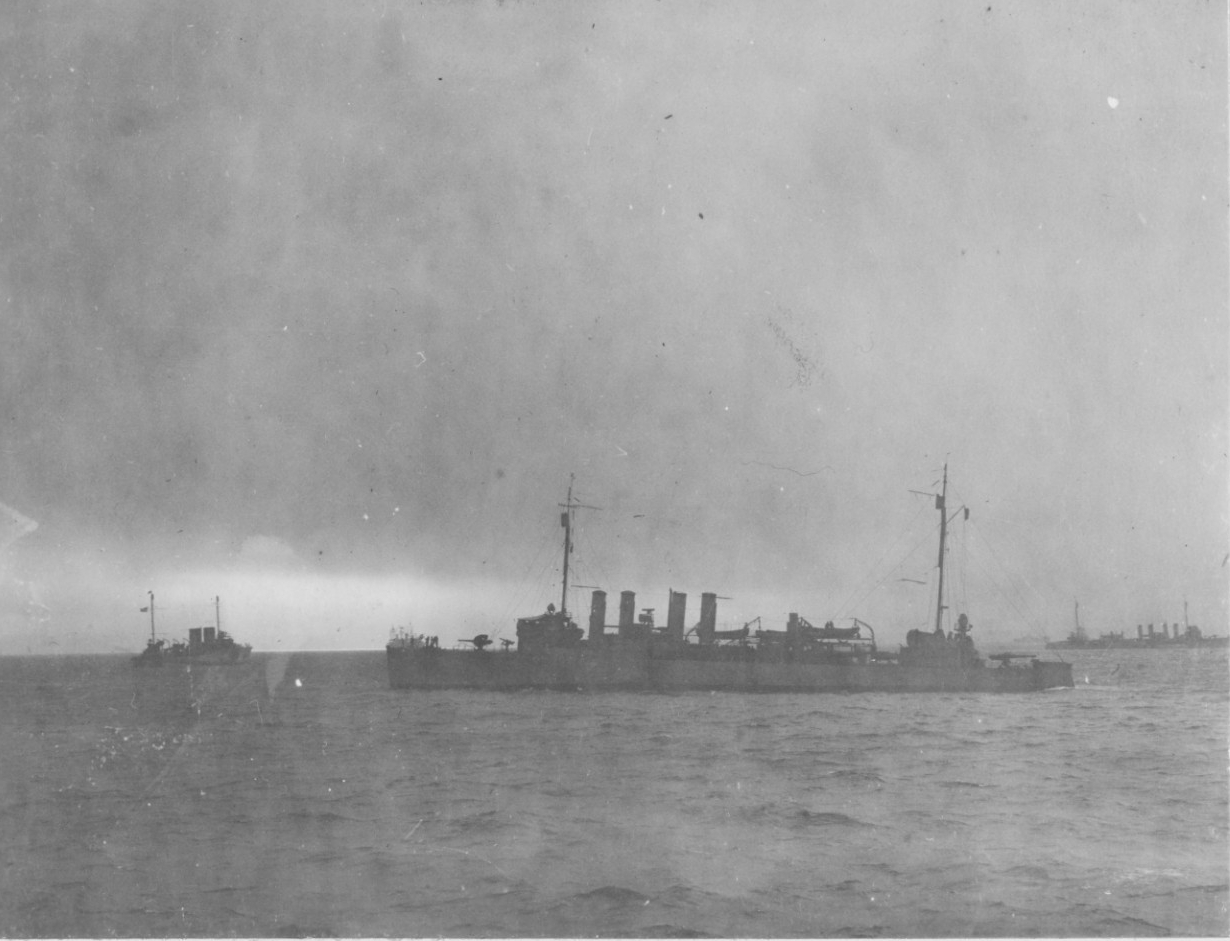 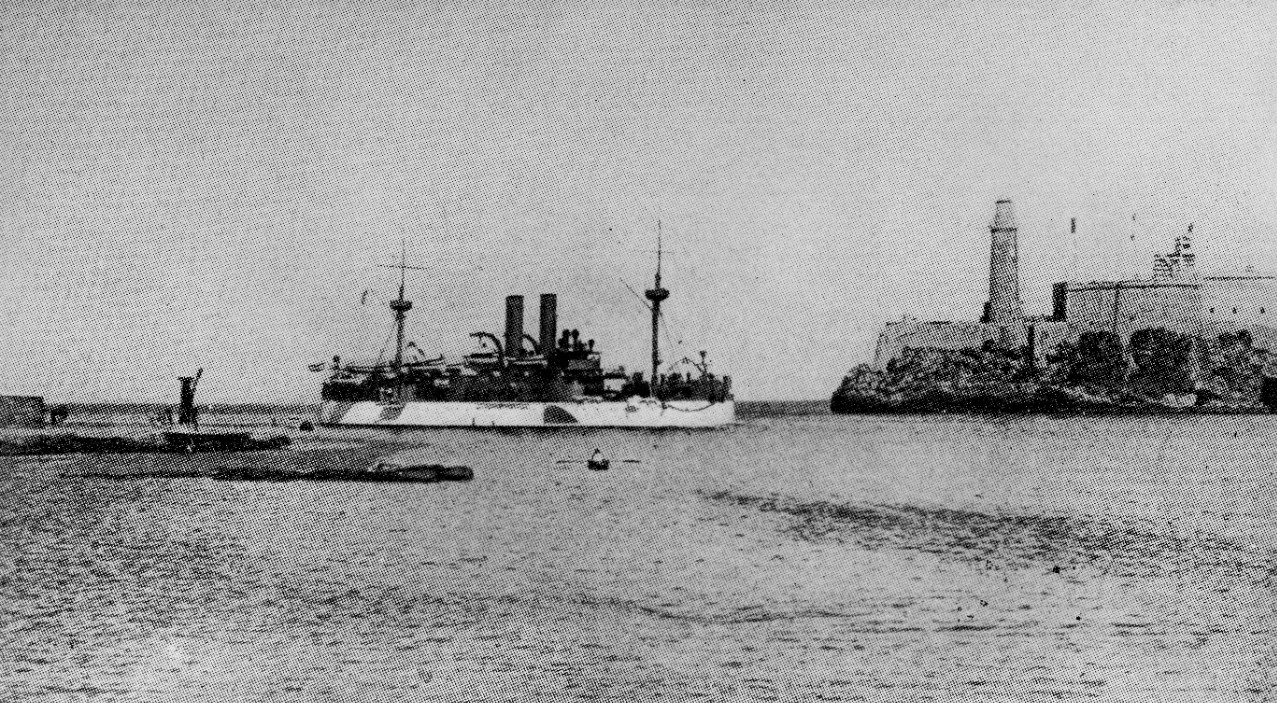 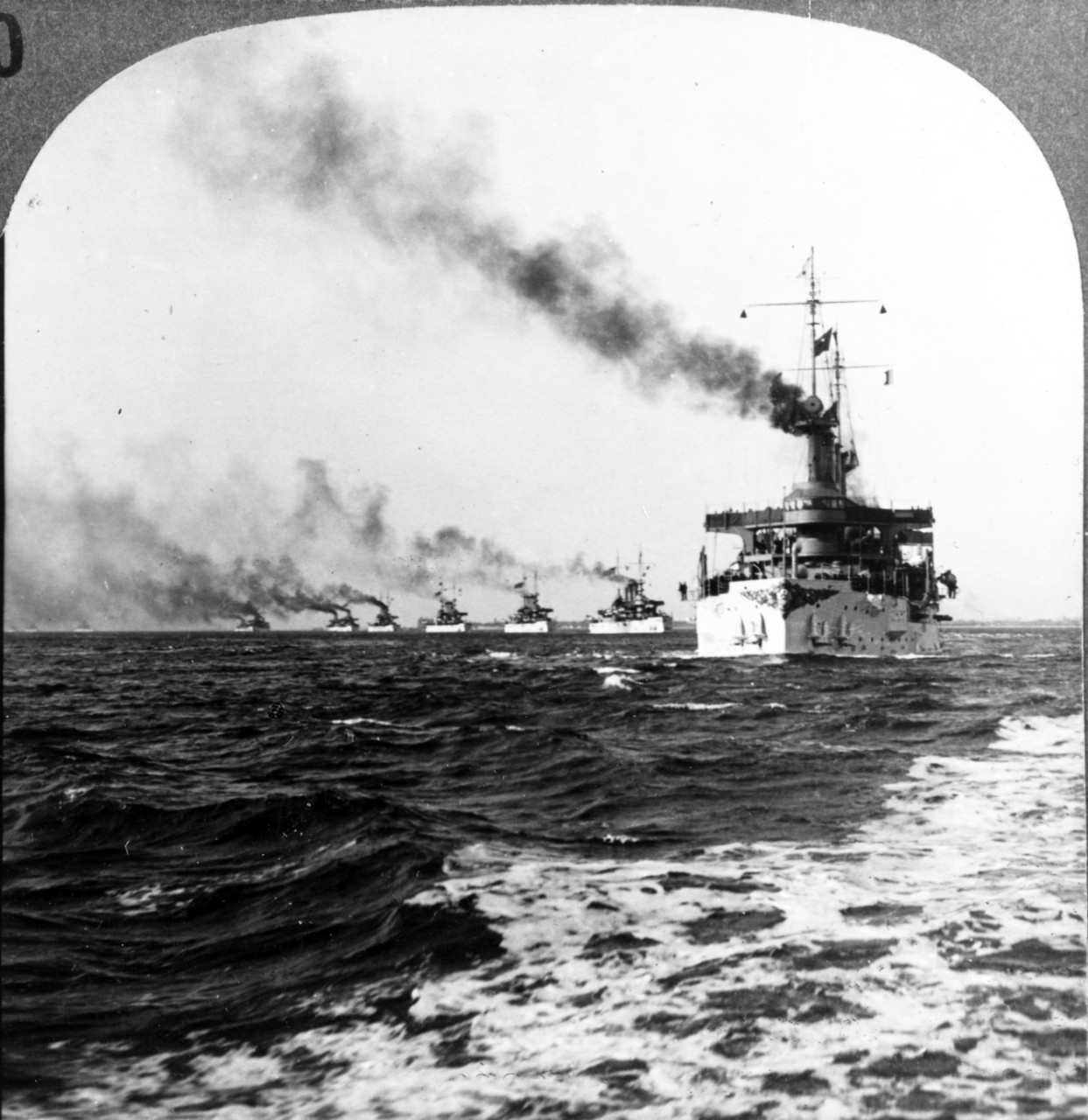 USS Connecticut leading the Atlantic Fleet's battleships out of Hampton Roads, Virginia, probably at the start of the Great White Fleet cruise around the World in December 1907. Photo printed on a stereograph card, copyrighted by Underwood & Underwood. Donation of Louis Smaus, 1985 U.S. Naval History and Heritage Command photograph. Catalog #: NH 100349. 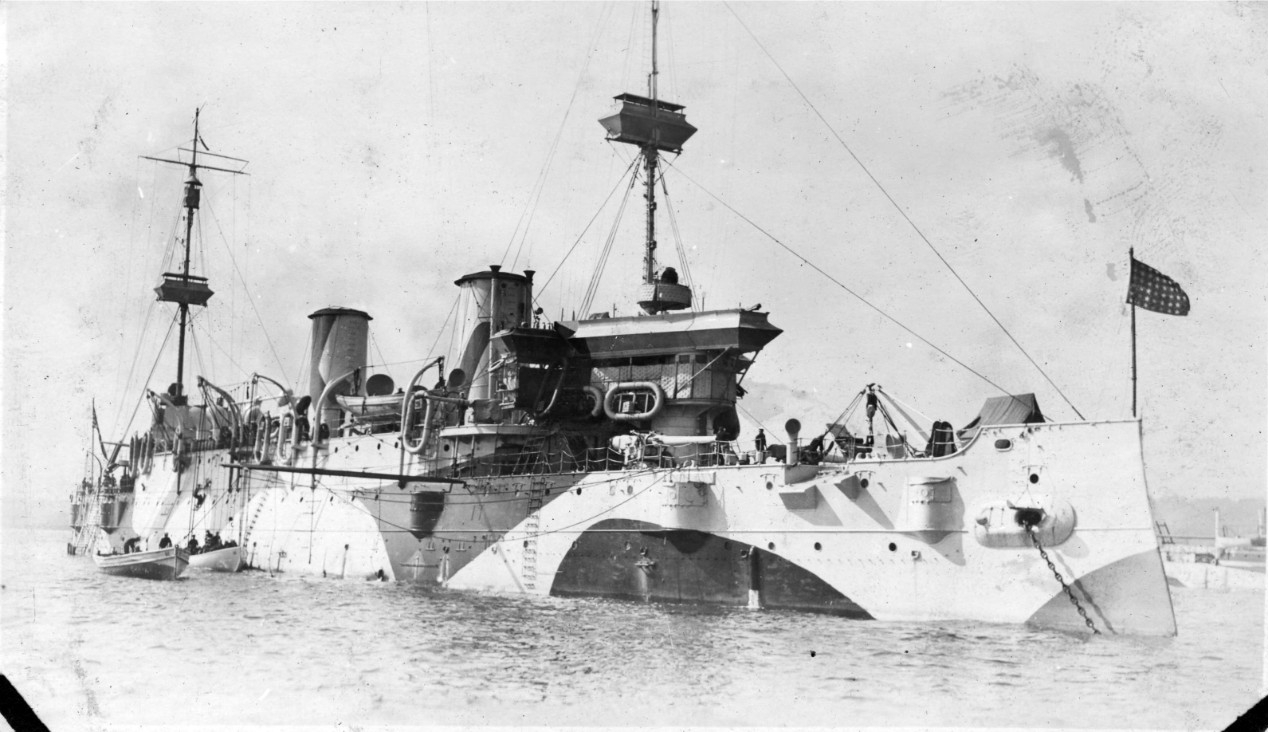 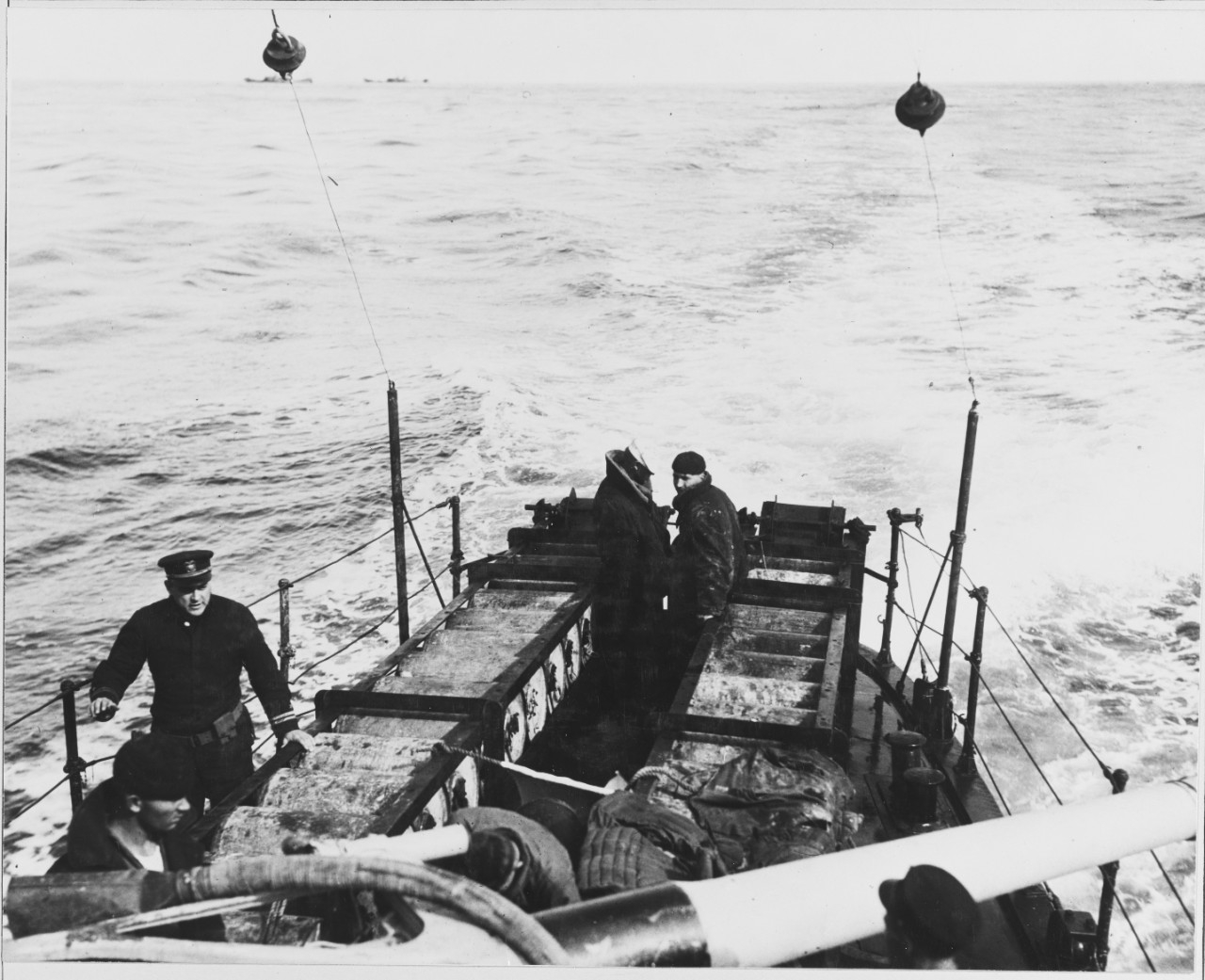 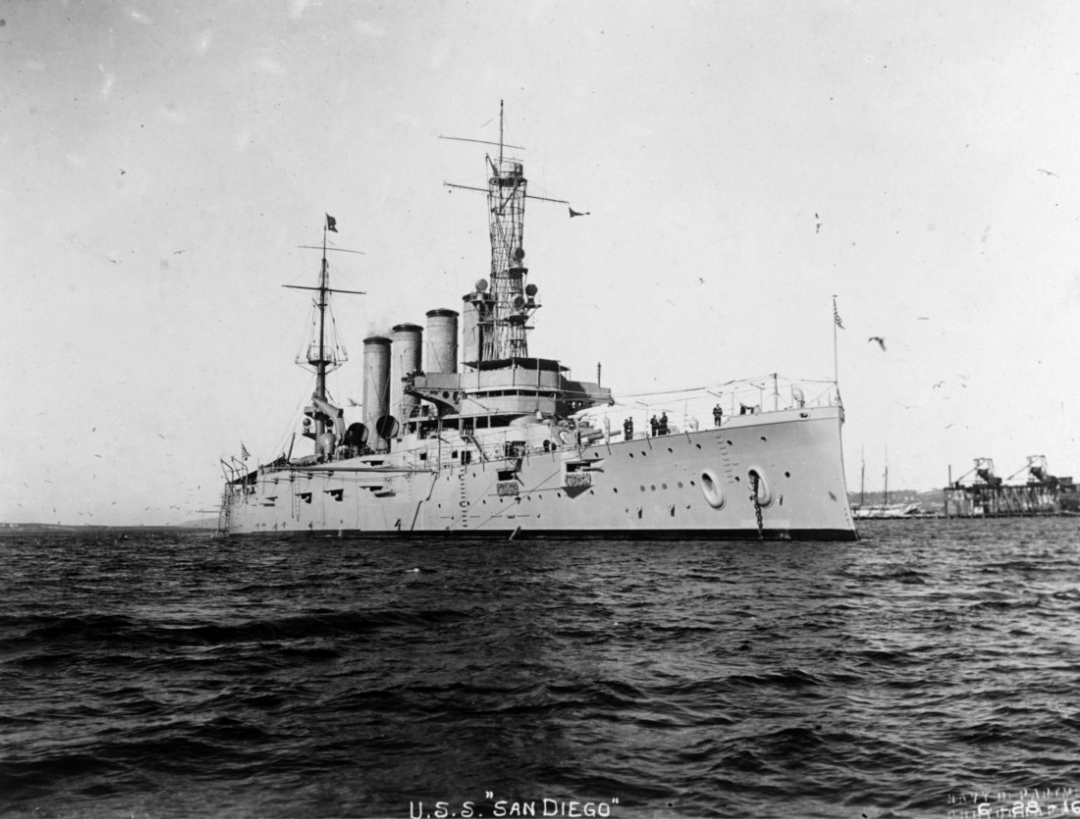 USS San Diego (Armored Cruiser No. 6) photographed 28 January 1915, while serving as flagship of the Pacific Fleet. Her name had been changed from California on 1 September 1914. Note two-star Rear Admiral's flag flying from her mainmast top. U.S. Naval History and Heritage Command Photograph. Catalog #: 55013.