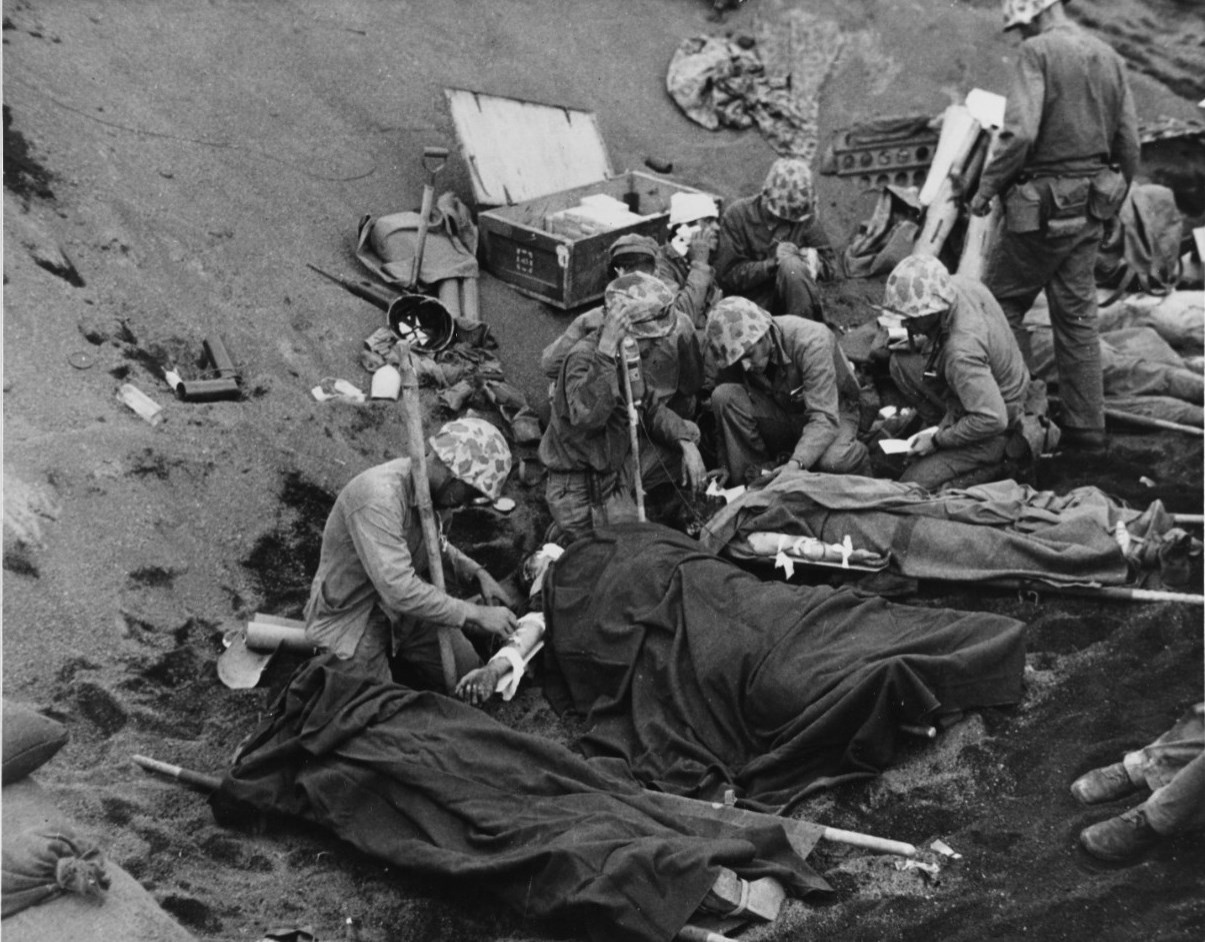 The history of the Chaplain Corps of the U.S. Navy parallels the history of the Navy, itself. During the past century-and-a-half, chaplains of the Navy have shared the hardships and rewards that come to other naval personnel and have ministered to these in many ways. The chronicle of the activities of these padres of the sea—representing many religions and denominations—began with the Continental Navy and carry on to the present day. Explore the following resources to learn more.

Celebrating the History and Heritage of Navy Chaplains

Honoring the Life and Ministry of Heroic Navy Chaplains 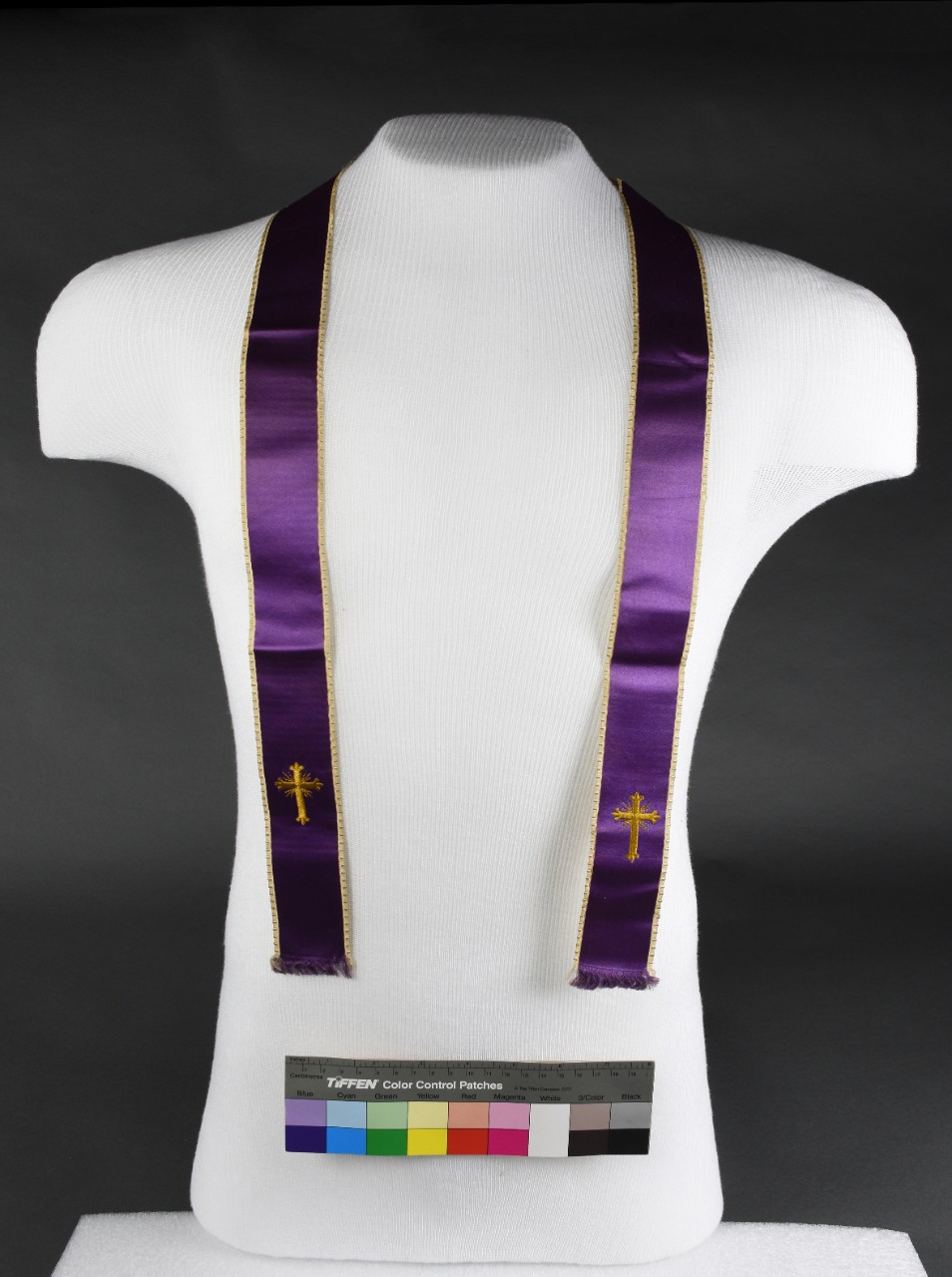 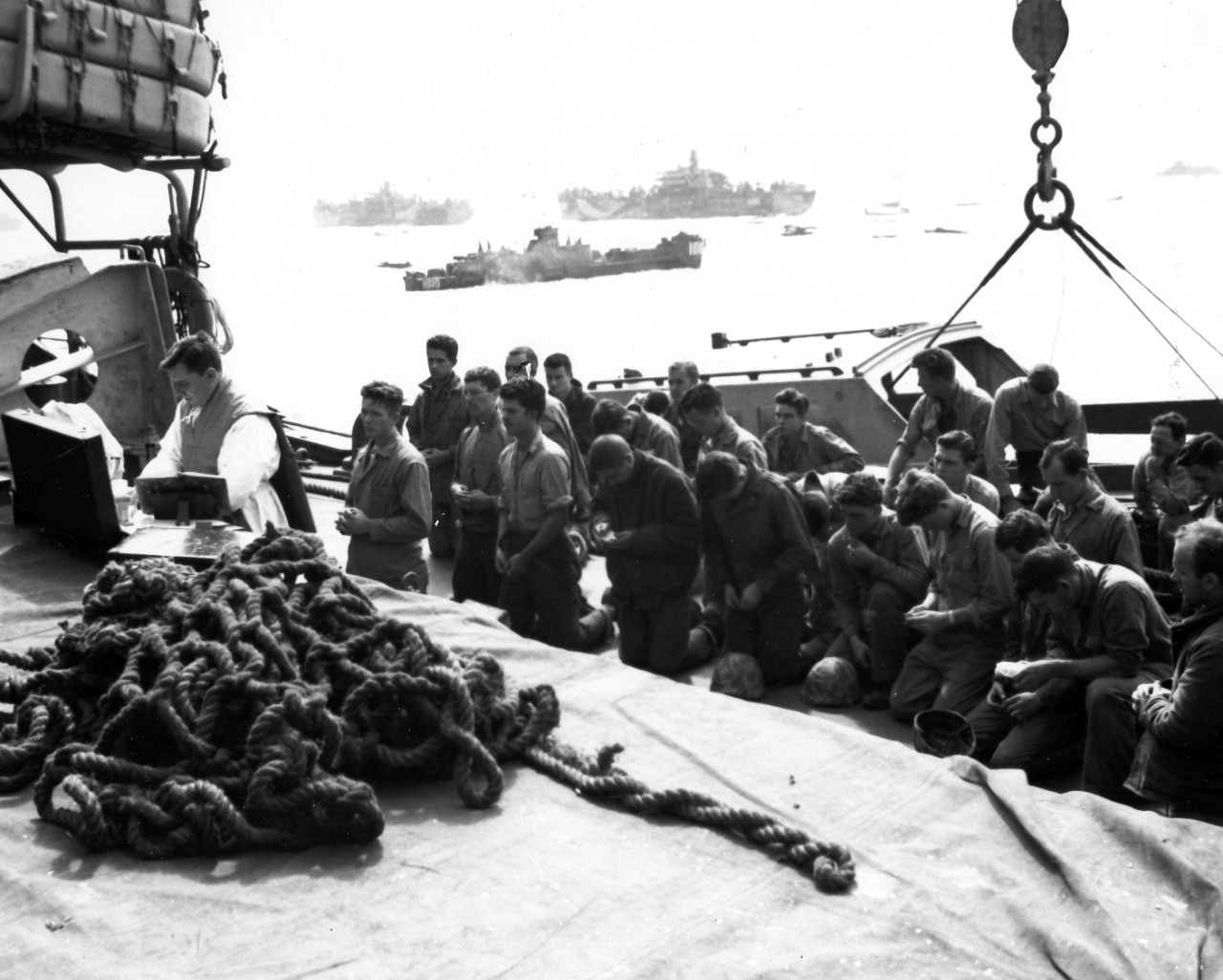 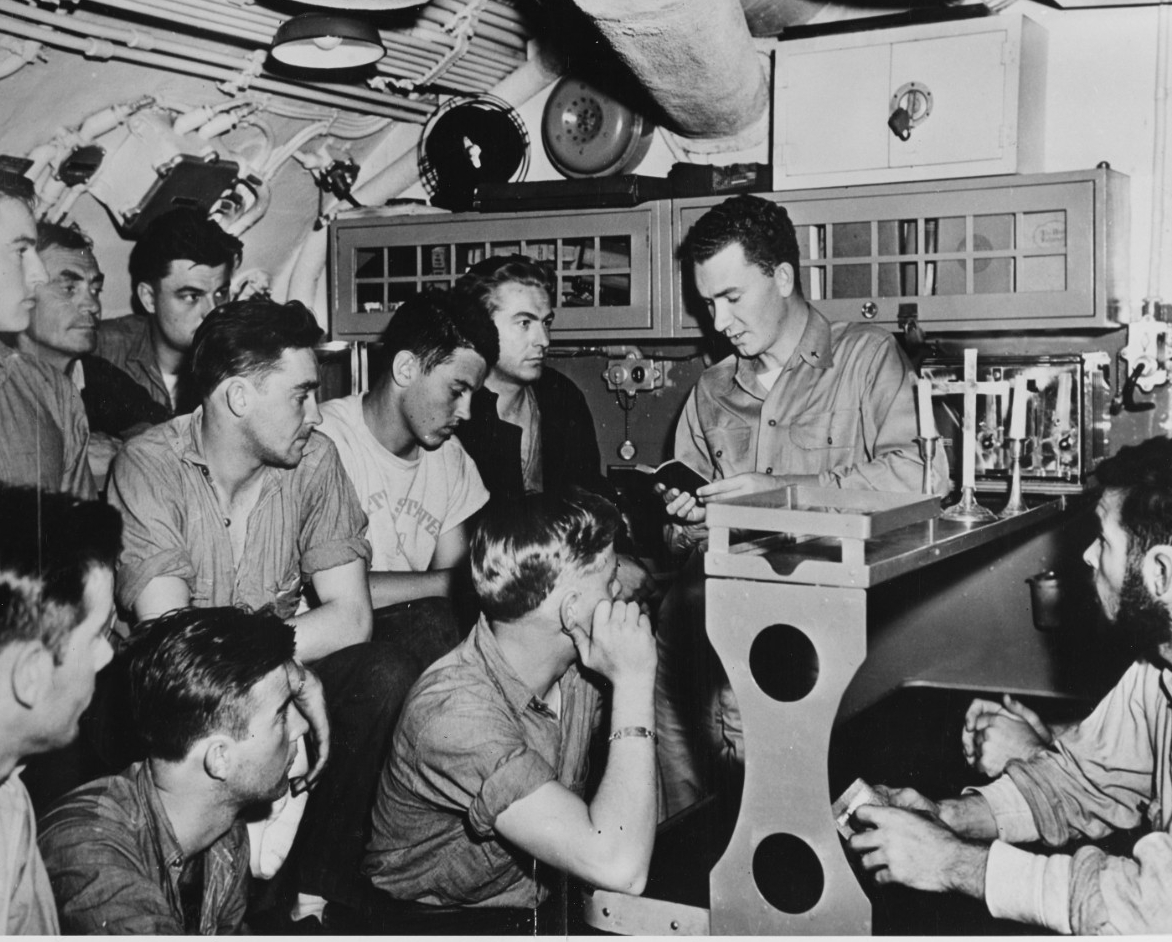 Chaplain W. S. Brown, USN, conducts services aboard a U.S. Navy Submarine on a war patrol, during World War II. Chaplain Brown was a passenger aboard the submarine, en route to his new station somewhere in the Pacific. Photo undated. It was released on 28 March 1944. (80-G-45101) 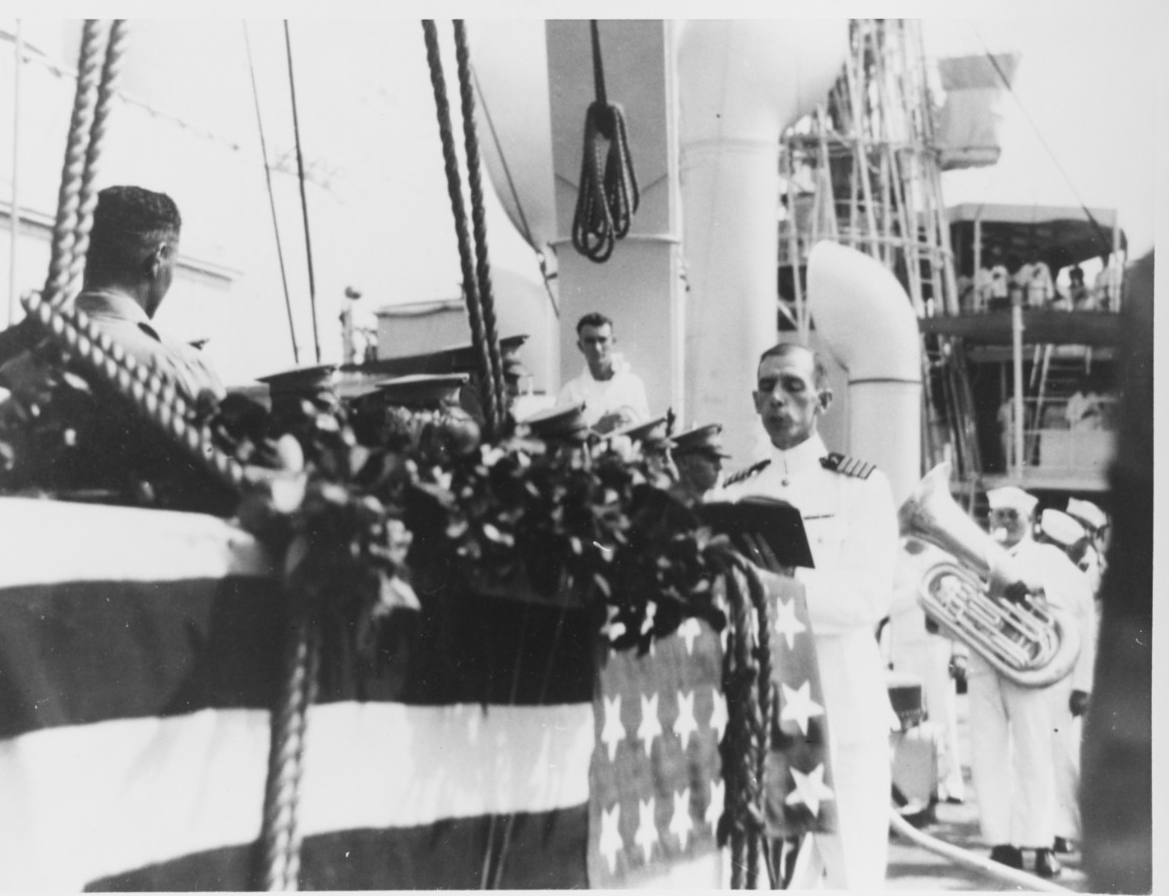 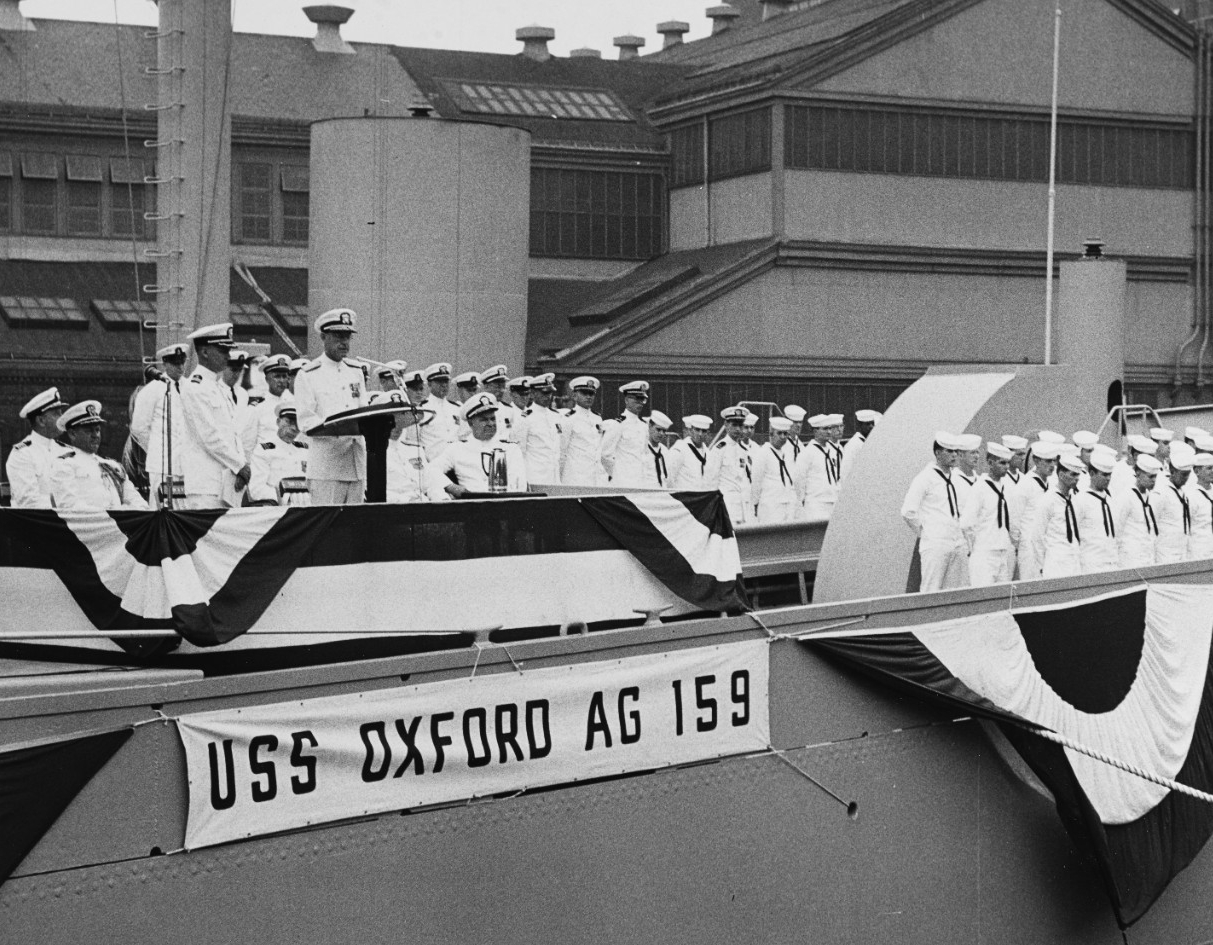 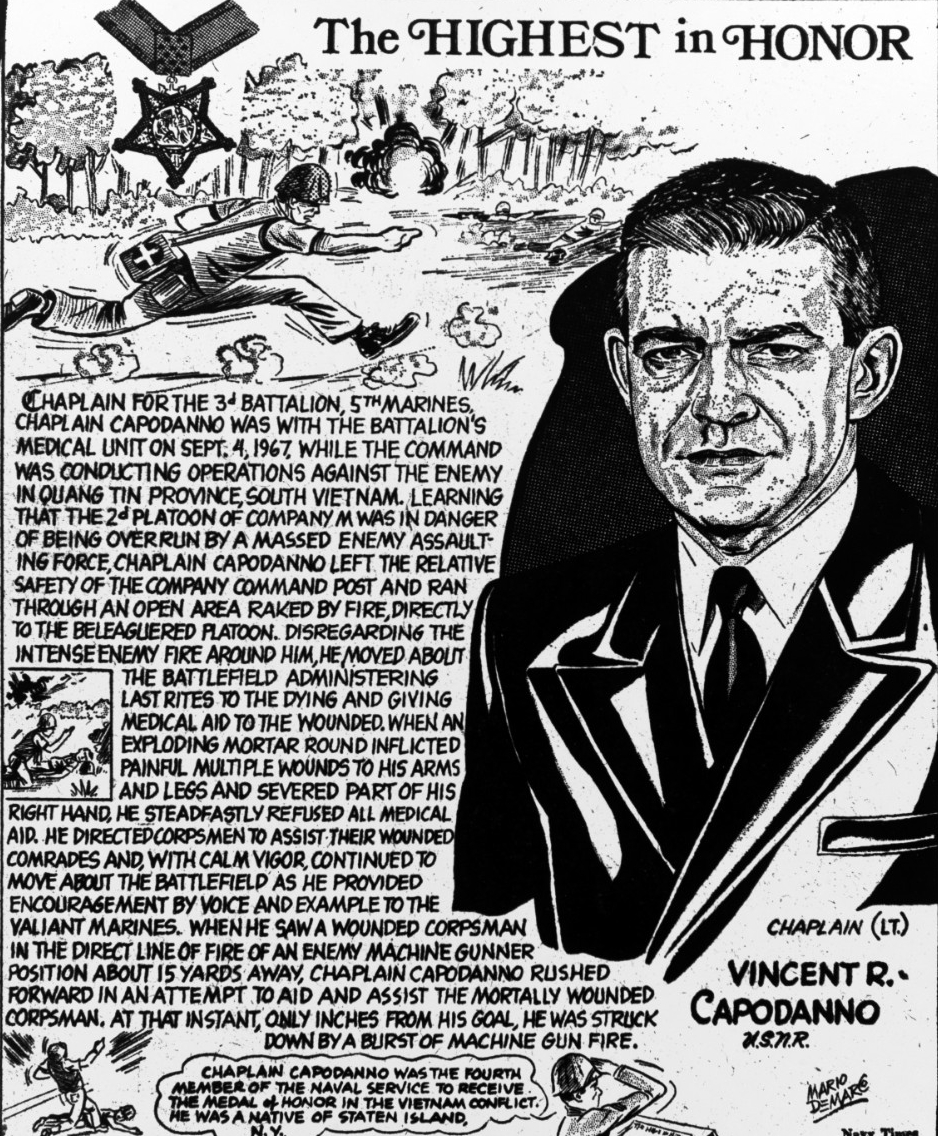 Vignette giving details on why Lieutenant Capodanno received the Medal of Honor for actions taken in Vietnam on 4 September 1967. (NH 86997) 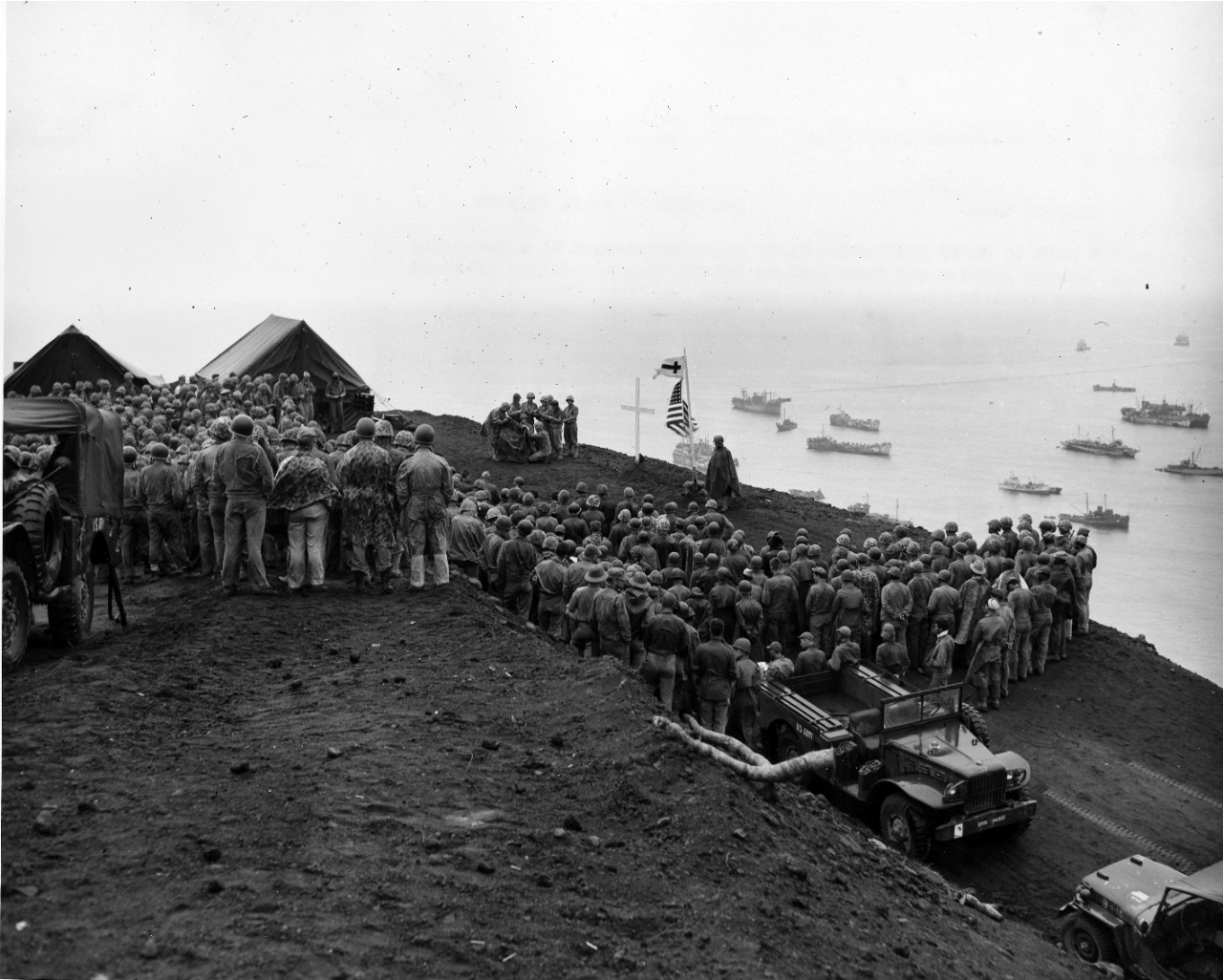 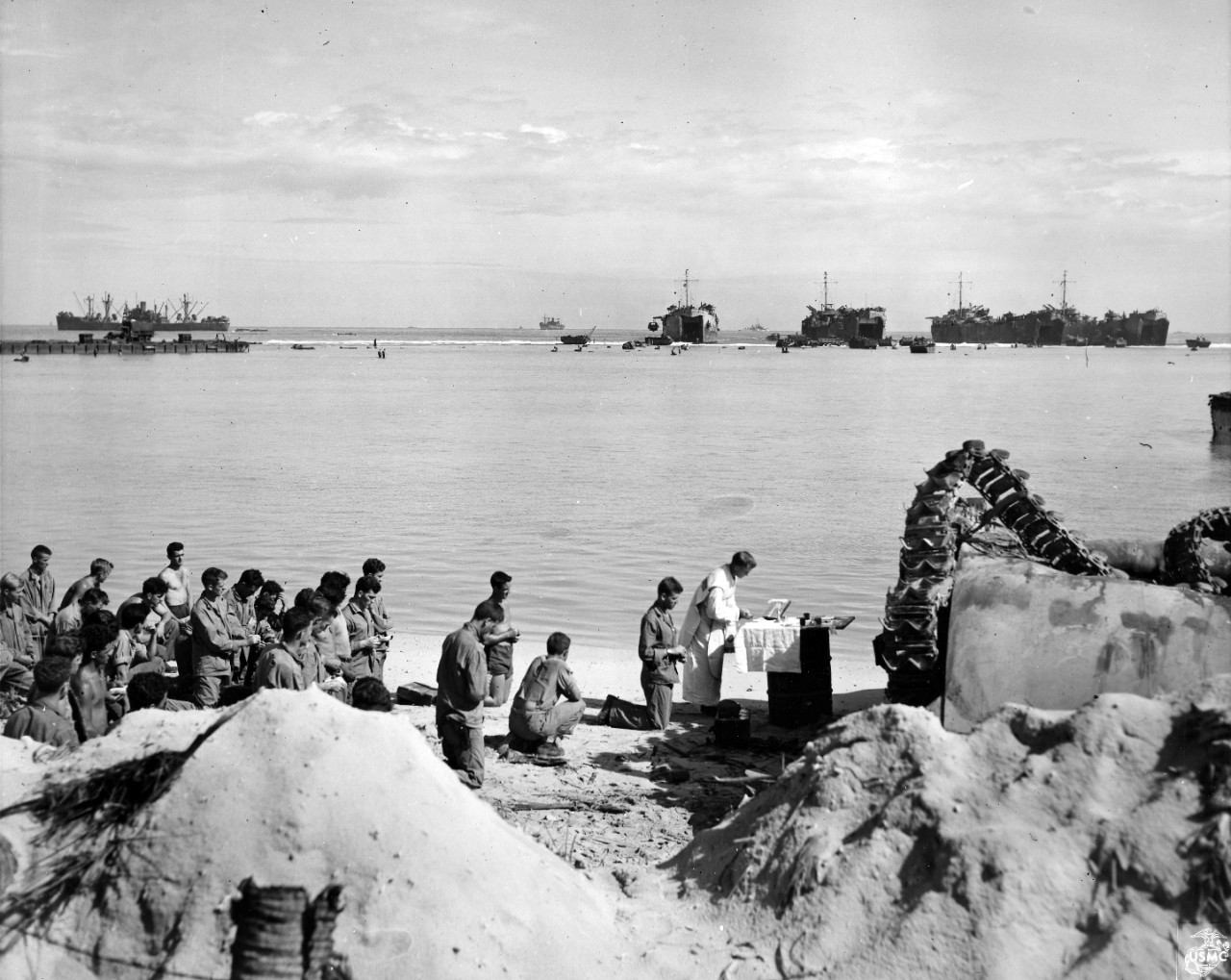 LT George M. Kemper (USN) celebrates mass for the Marines on the first Sunday after their landing on Guam. (UA 17.01) 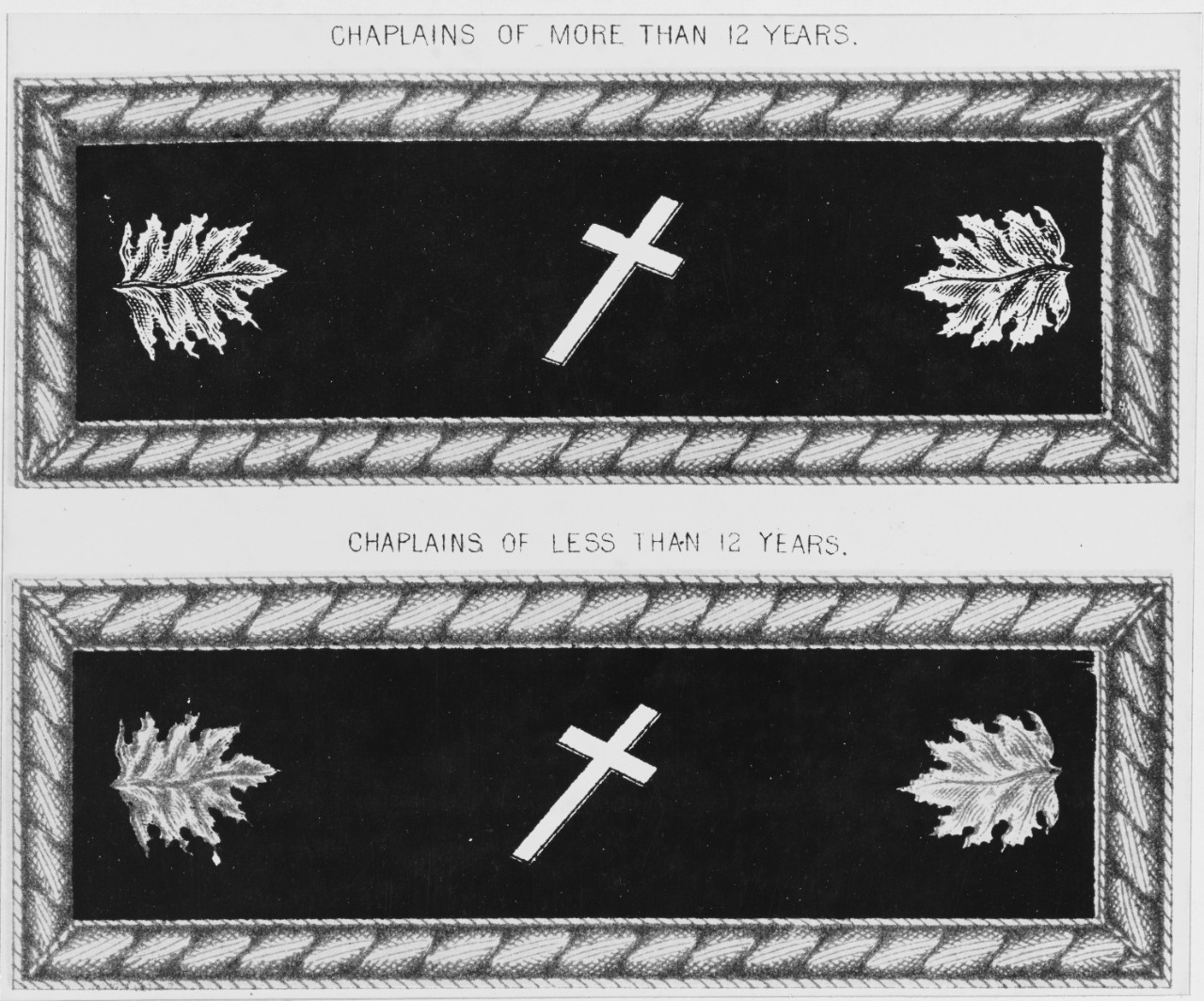 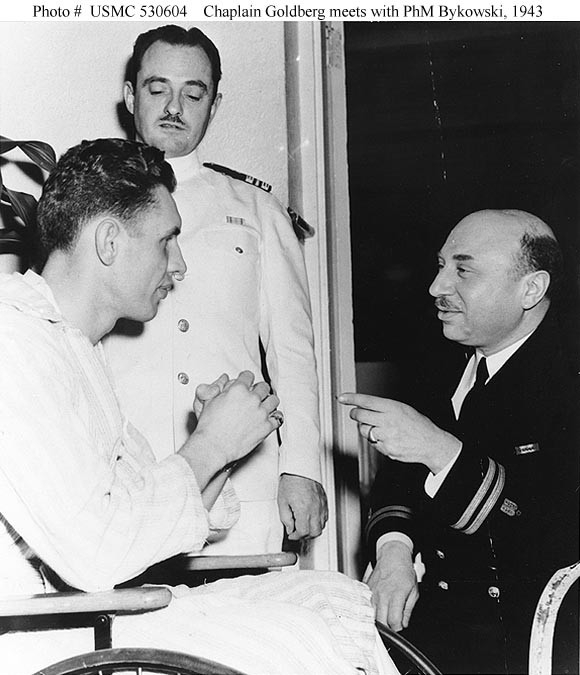 Pharmacist's Mate Edward Bykowski, USN, Receives a visit from Lieutenant Joshua L. Goldberg, USNR, Jewish Chaplain for the Third Naval District, on 10 February 1943. Bykowski is telling Lt. Goldberg of his rescue after he had been blown overboard from USS Vincennes (CA-44) when she was sunk on 9 August 1942, during the Battle of Savo Island. Both of his legs were broken. Looking on is Lieutenant Commander Ferold D. Lovejoy, USNR (Medical Corps). U.S. Marine Corps Photograph. (USMC 530604) 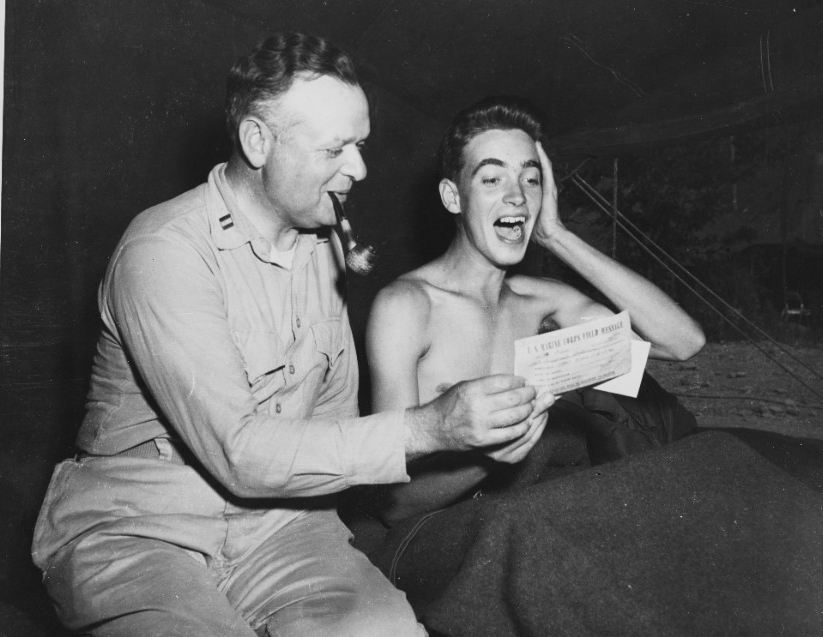 YI-I-I ! IT'S A BOY! Bearing glad tidings of the birth of a son, Chaplain Rickel delivers a field message to Corporal Edward J. Combs ... The yound Marine is recovering from injuries suffered on the eastern front. Photograph taken by Sgt. Martin Bolhower. Original print bears no date, but it was filed with illustrations for the August 1952 issue of All Hands magazine, and was presumably taken a few months previously. Official U.S. Marine Corps Photograph, from the All Hands collection at the Naval History and Heritage Command. (NH 97120)