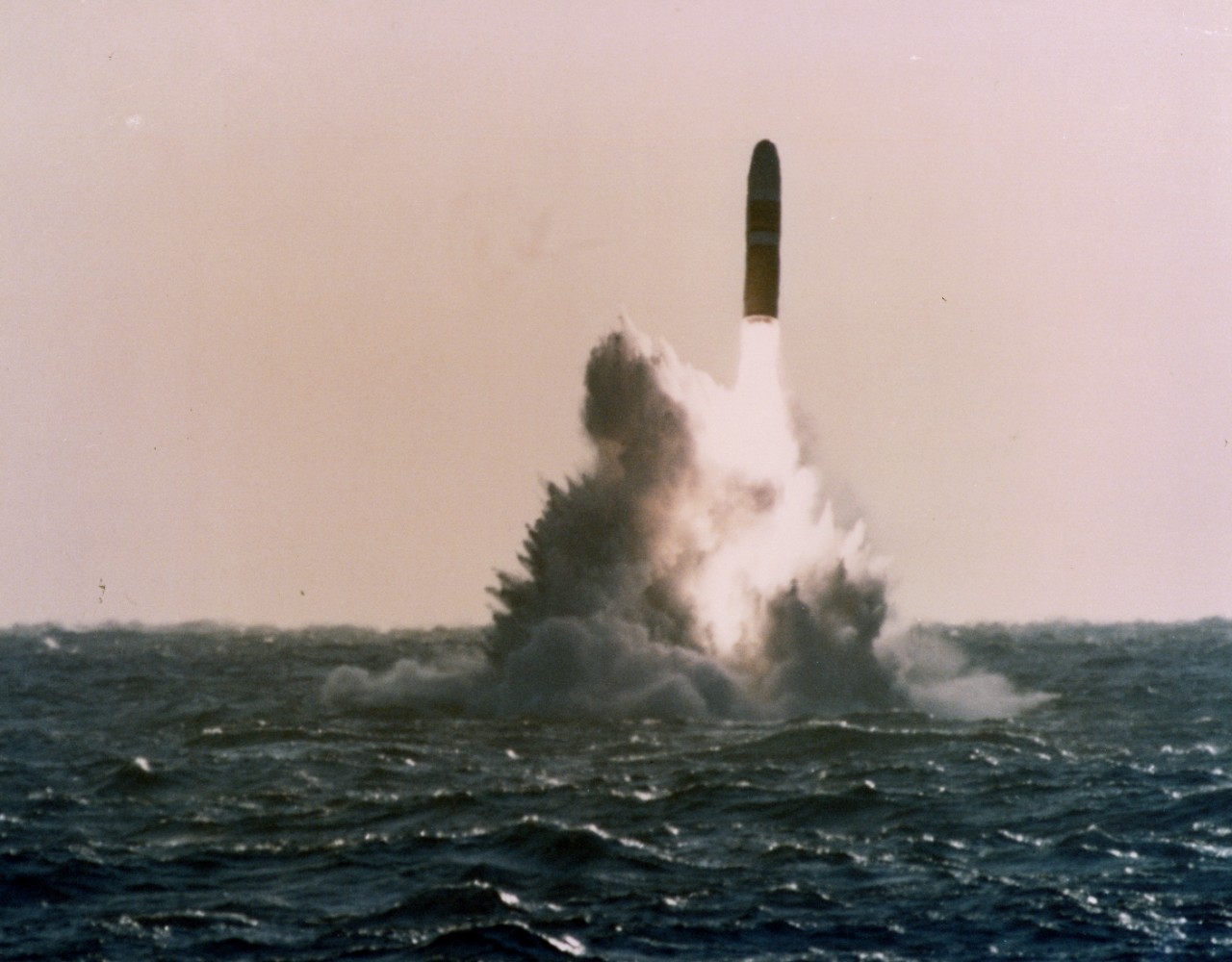 The goal of strategic deterrence is to dissuade adversaries from launching a nuclear attack. The U.S. Navy’s submarine-launched ballistic missiles (SLBMs) play a key role in the strategic deterrence mission by providing the U.S. with a second-strike capability. Hidden at sea on nuclear-powered ballistic missile submarines (SSBNs), SLBMs can survive an initial nuclear attack and launch in retaliation. This guaranteed retaliation is a powerful deterrent to opponents considering a first strike. In fact, the Navy’s SSBNs have long been recognized by the Department of Defense (DOD) as the most survivable leg of the United States’ nuclear triad, also composed of strategic bombers and land-based intercontinental ballistic missiles.

During the Cold War, the U.S. Navy rapidly developed the Navy’s first SLBM, the Polaris A1 missile, in response to the Soviet Union’s accelerating nuclear program. Chief of Naval Operations Arleigh Burke paved the way for this achievement by prioritizing the development of a fleet ballistic missile for sea launch. In late 1955, Burke established the Special Projects Office dedicated to this mission and appointed Admiral William “Red” Raborn as its director. After only four years of testing and development, converted high-speed cargo ship Observation Island executed the first at-sea launch of a Polaris test missile on 27 August 1959.

As the U.S. Navy engineered the Polaris missile, it also built nuclear-powered ballistic missile submarines to create a deterrent force. From 1959 to 1967, the Navy commissioned 41 SSBNs, each capable of carrying 16 Polaris missiles and operated by rotating Blue and Gold crews. Known as the 41 for Freedom submarines, these vessels comprised five classes of submarines: the Washington­-class, the Ethan Allen-class, the Lafayette-class, the James Madison-class, and the Benjamin Franklin­-class. The first of the 41 for Freedom submarines was George Washington (SSBN-598), which made history by successfully launching the first Polaris A1 missile from a submerged position on 20 June 1960. Two more generations of Polaris missiles, the A2 and A3, followed in 1962 and 1964.

The successor to Polaris, the Poseidon (C3) missile, became operational on 31 March 1971, when James Madison (SSBN-627) began a deterrent patrol carrying 16 Poseidon missiles. The Poseidon missile’s greatest advancement was its multiple warheads, which could attack separate targets. Of the Navy’s 41 for Freedom submarines, 31 were converted to carry Poseidon missiles.

The introduction of two new SLBMs with considerably longer ranges and payloads—the Trident I (C4) in 1979 and Trident II (D5) in 1990—transitioned the Navy through the end of the Cold War and into the era of modern strategic deterrence. Eighteen Ohio-class SSBNs, commissioned between 1981 and 1997, replaced the original 41 for Freedom SSBNs and became the largest submarines built by the U.S. Navy. However, in the 2000s the Navy converted the first four Ohio-class SSBNs to guided missile submarines (SSGNs) after the 1994 Nuclear Posture Review recommended the U.S. only needed 14 SSBNs to meet strategic deterrence needs. In addition, the DOD has permanently reduced the Ohio-class submarines’ SLBM capacity from 24 SLBMs to 20 in compliance with U.S.-Russia strategic nuclear arms control limits.

As adversaries expand their nuclear capabilities, the Navy is now prioritizing the Columbia-class program: a minimum of 12 new SSBNs to replace the aging Ohio-class SSBNs. Columbia (SSBN-826), the first Columbia-class SSBN, was laid down on 1 October 2020 and is expected to become operational in 2031. 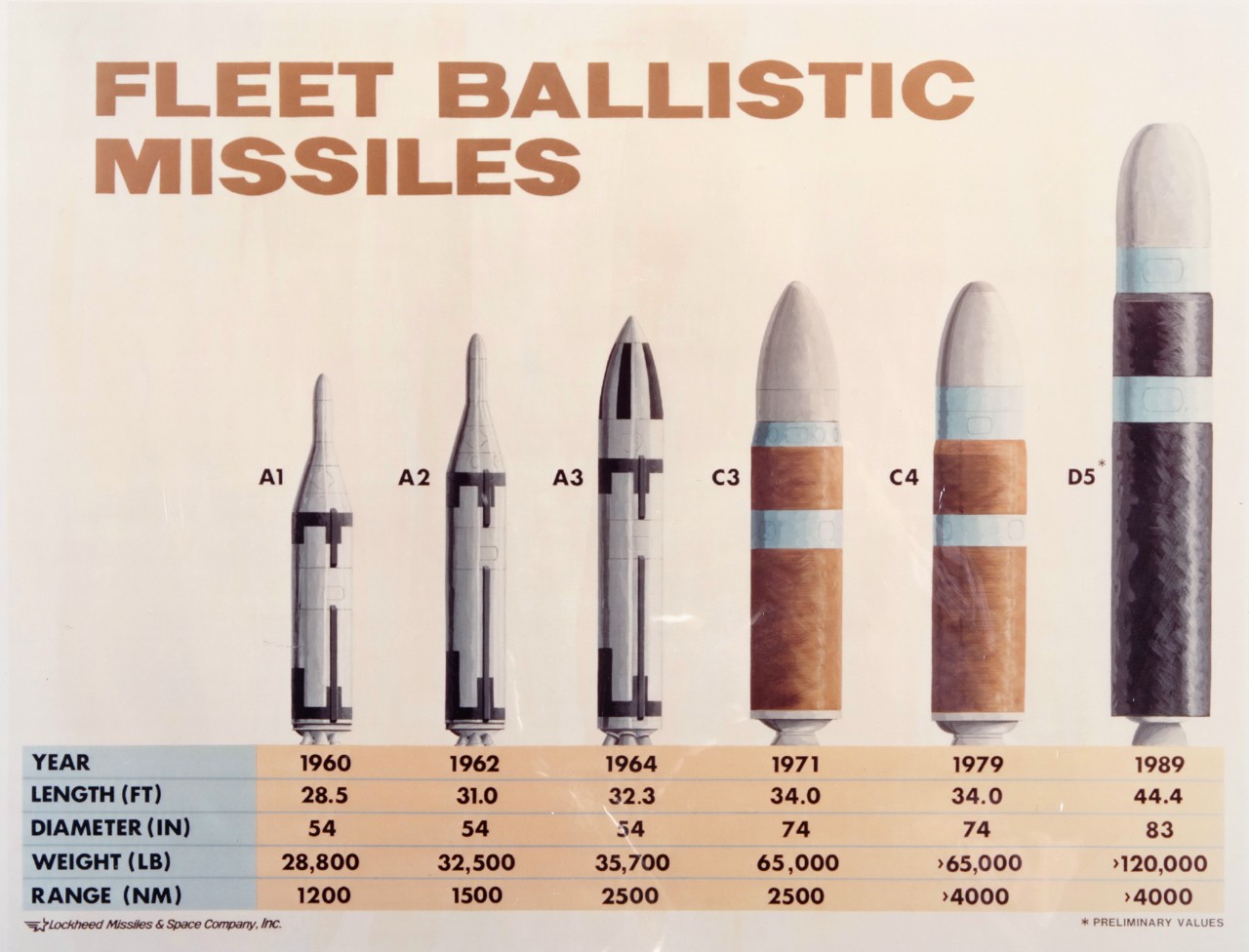 Poster by Lockheed Missiles & Space Company, Inc. of the evolution of the Navy's Fleet Ballistic Missile from the Polaris A1 to the Trident II (D5). (2001-026-11) 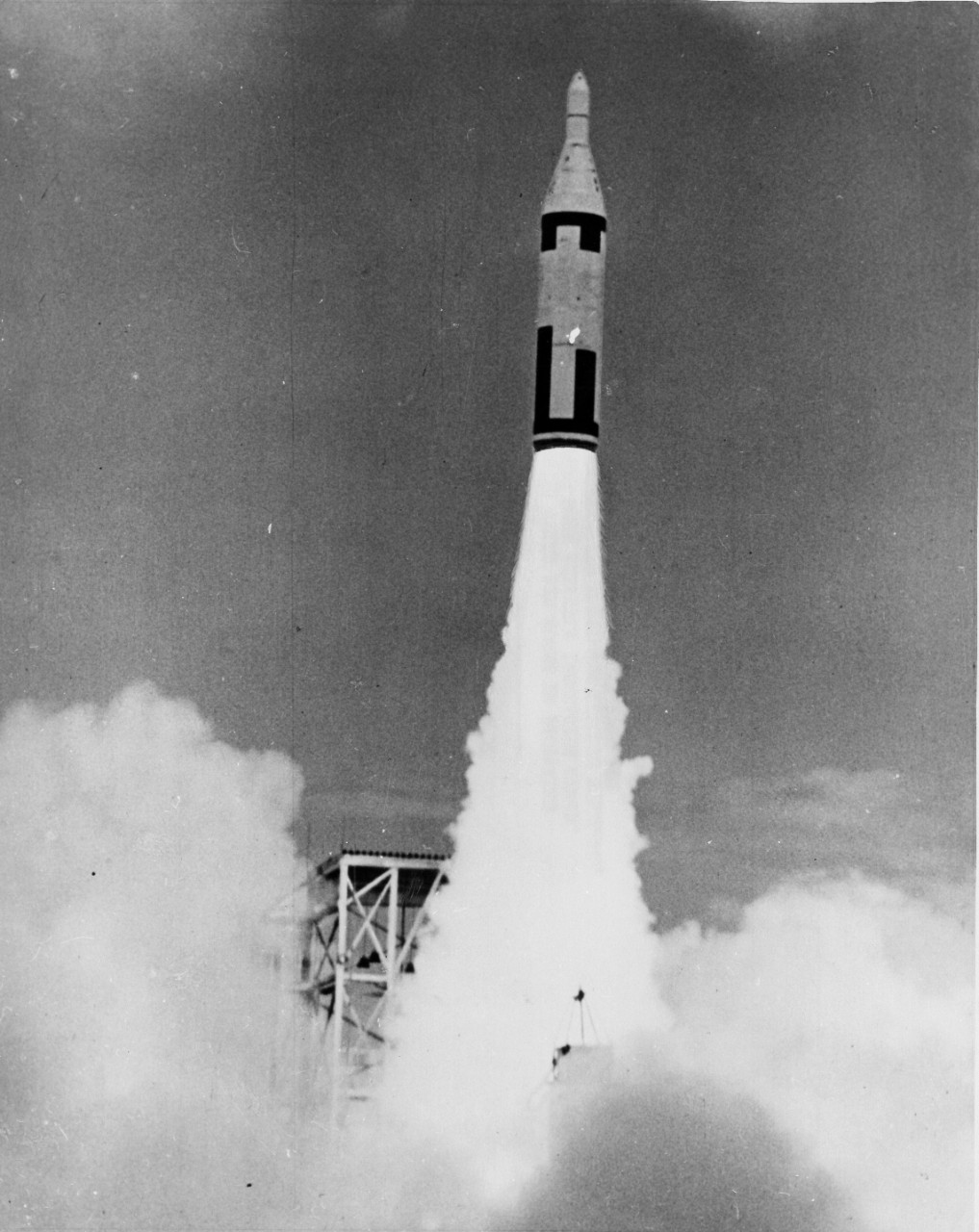 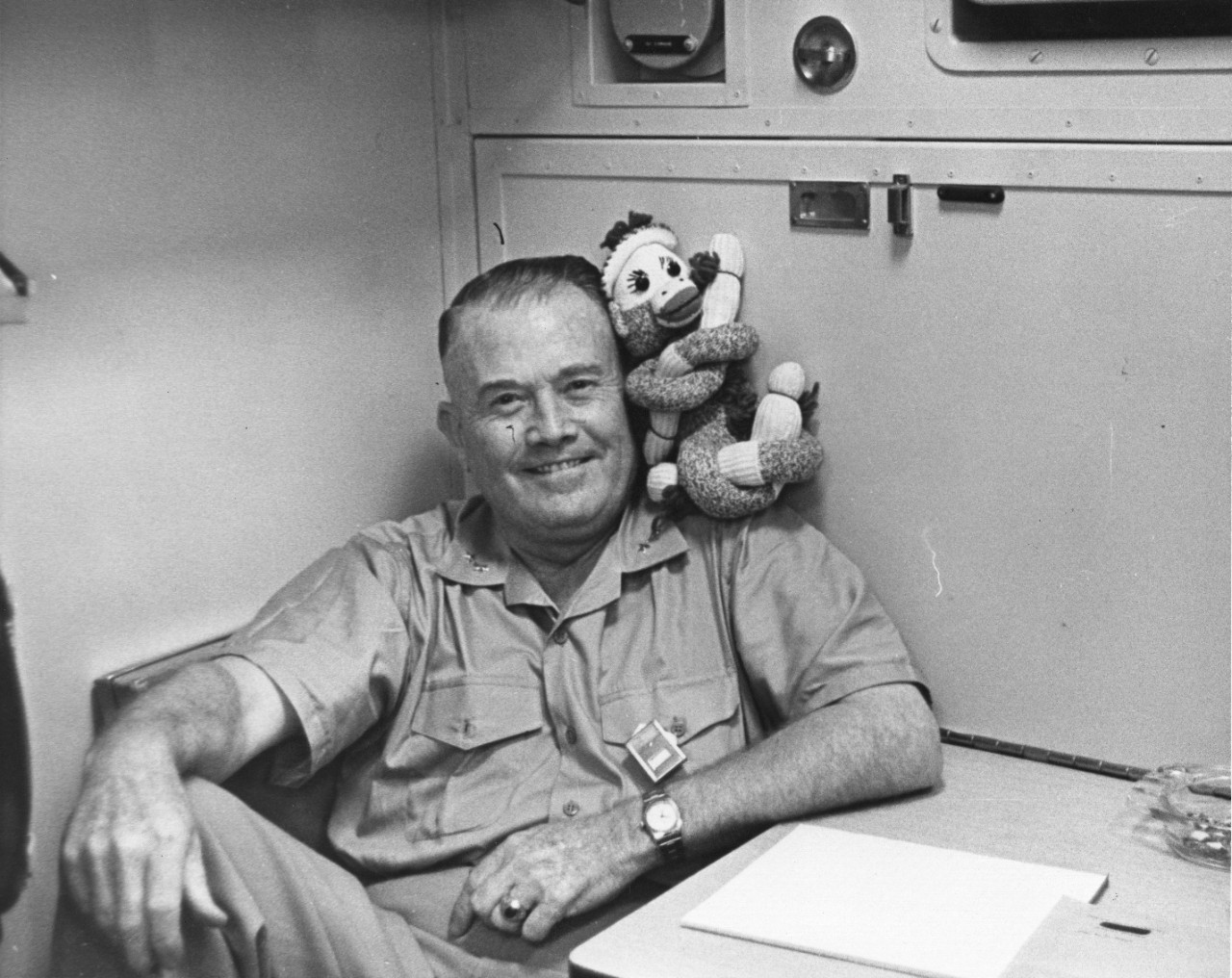 Rear Admiral William Raborn, who led the development of the Polaris missile, smiles with good luck charm Kluge on his shoulder. (NHHC L38-72.03.03) 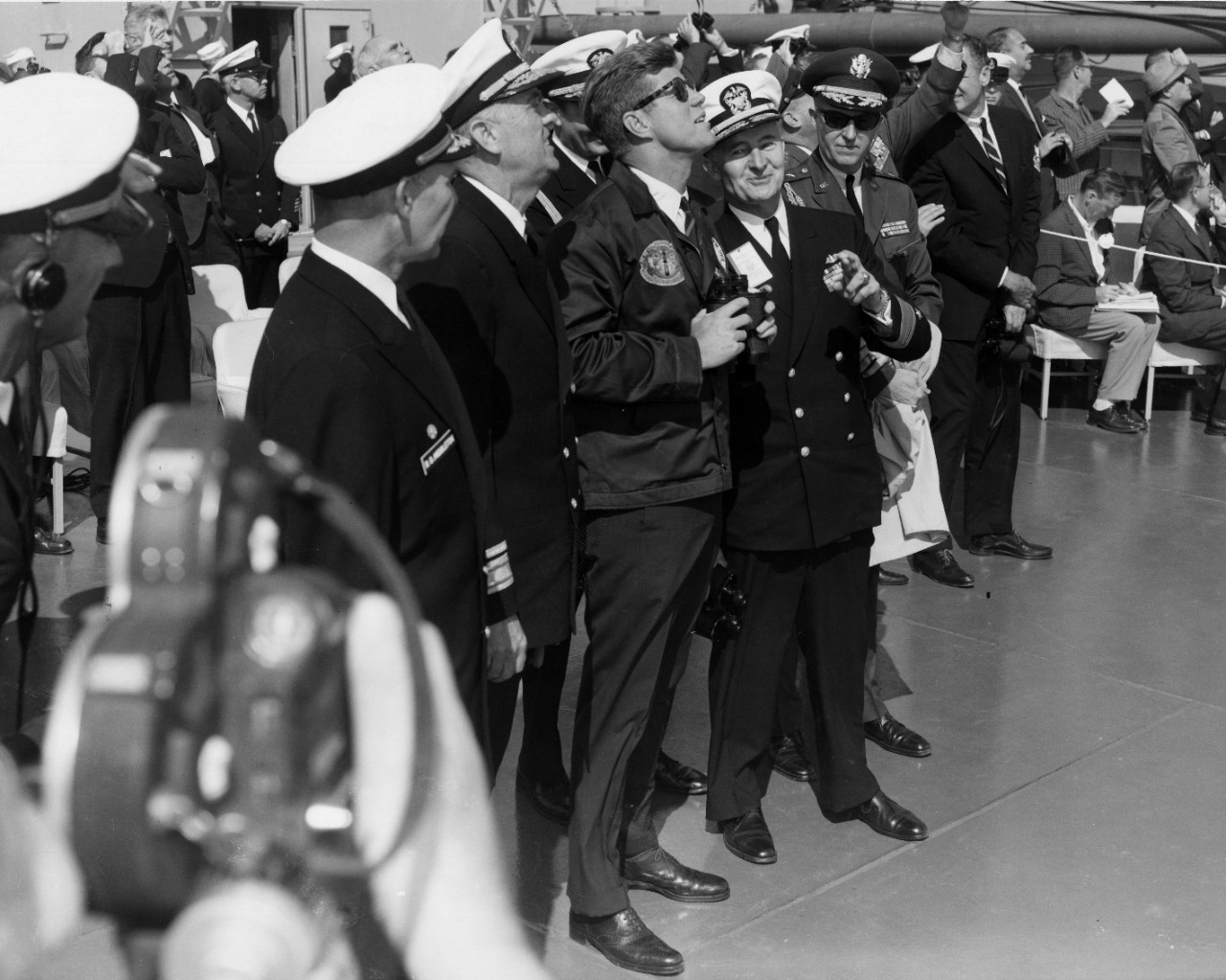 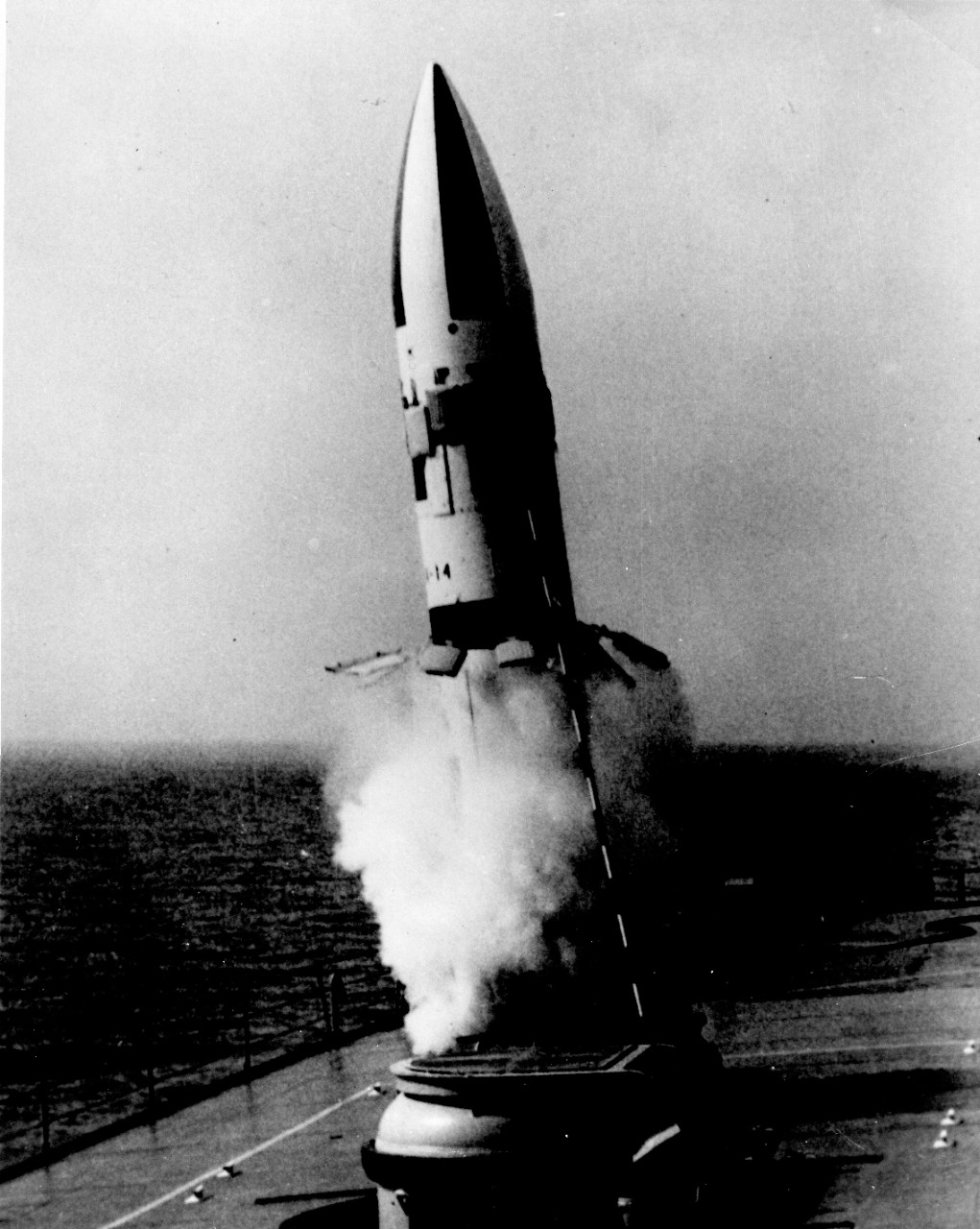 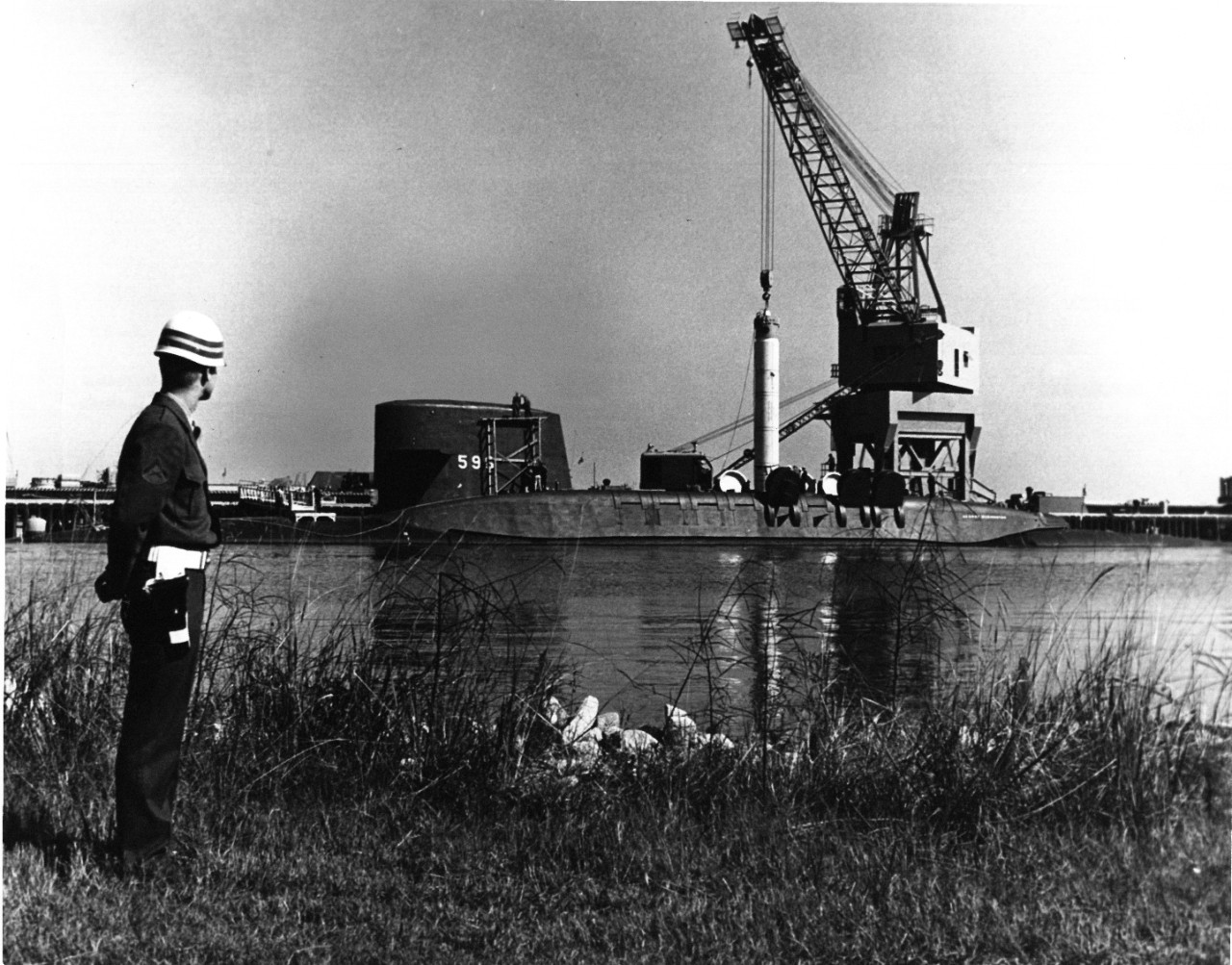 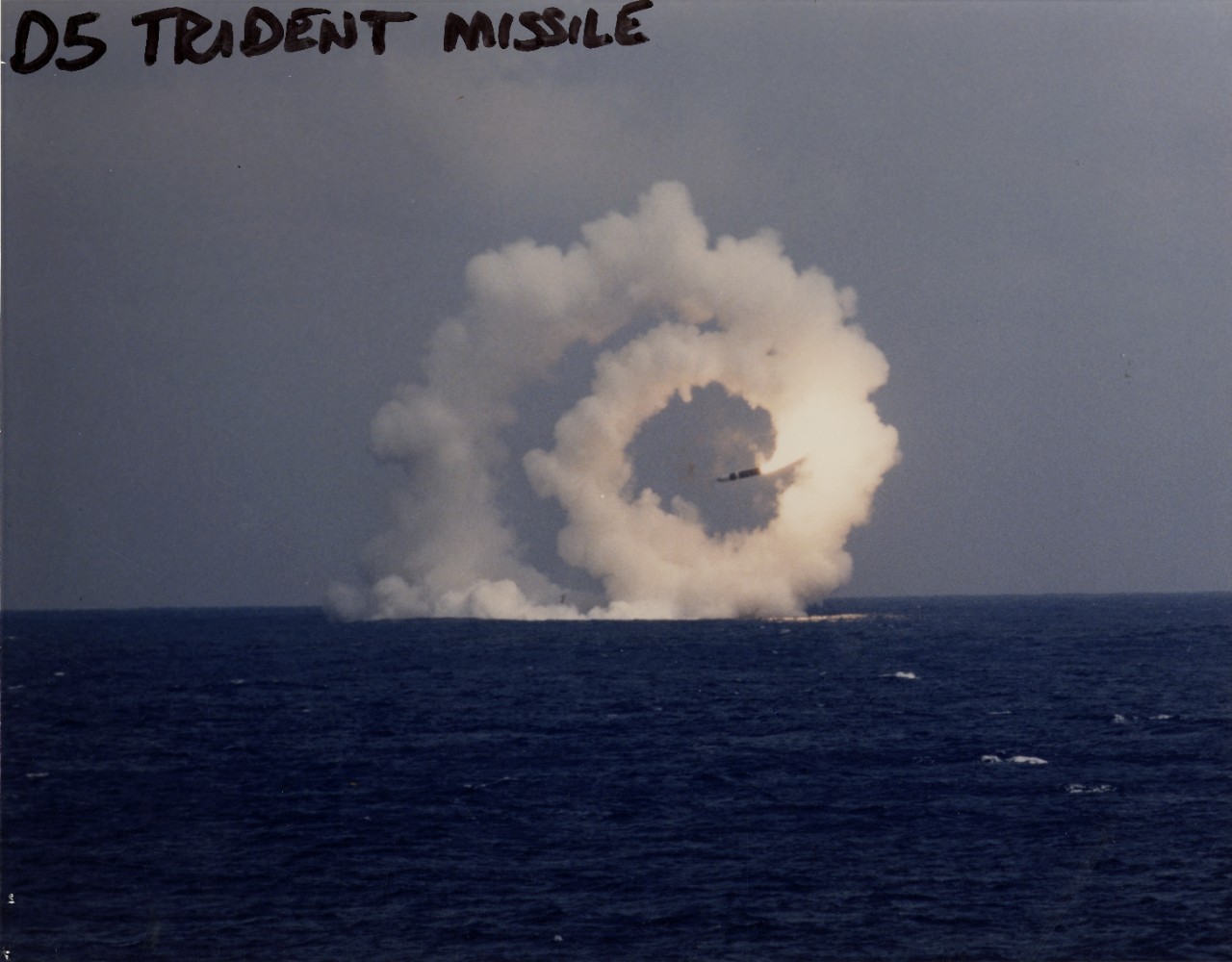