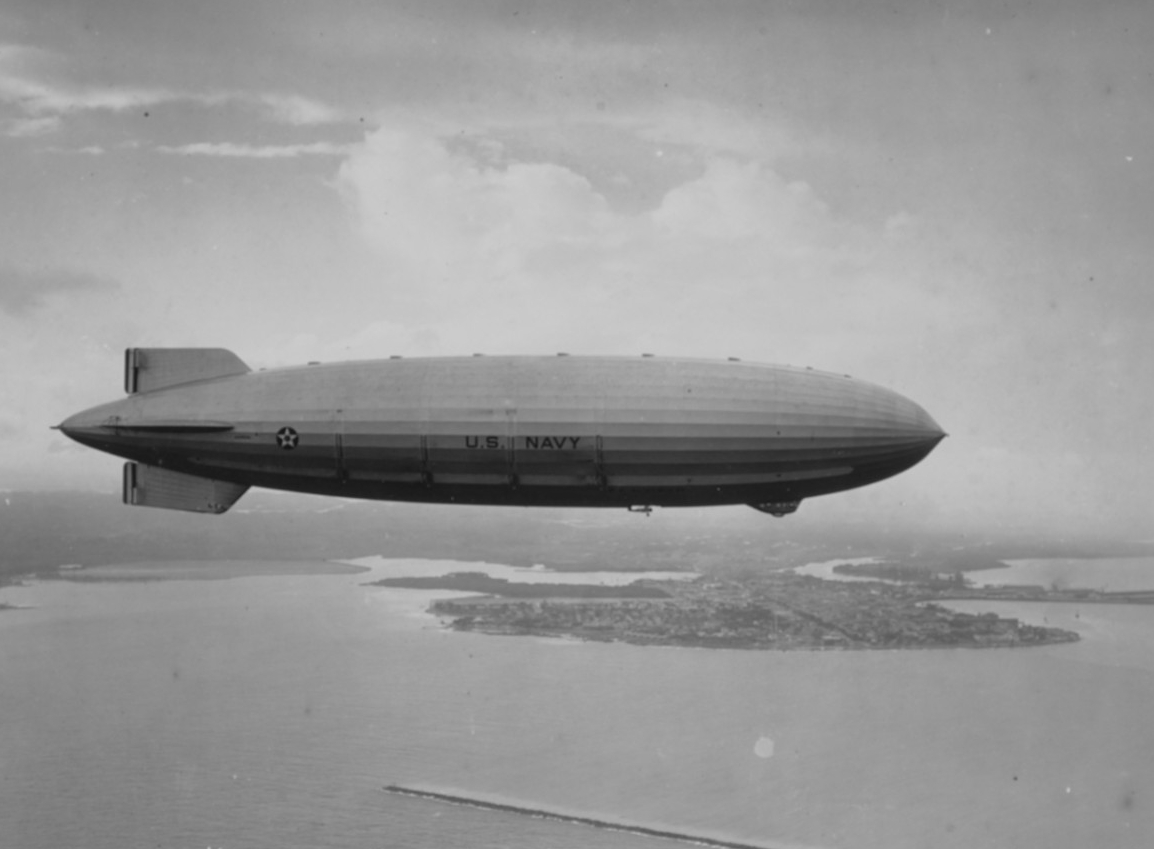 The Navy launched its lighter-than-air program when it awarded its first contract for an airship, DN-1, to the Connecticut Aircraft Company in June 1915. The designation stems from D for dirigible, N for non-rigid and “1” as the Navy’s first airship. During construction of DN-1, the Navy authorized construction of a hangar to house the new airship, which was completed in early 1916. DN-1 arrived in Pensacola, Florida, in December 1916, but the airship was not ready for flight until April 1917. Once test flights began, multiple problems were revealed. The airship was severely damaged during one of the test flights and it was never repaired.

Even before DN-1 was built, studies were ongoing at the Bureau of Construction and Repair for a future class of dirigibles. In April 1916, the General Board endorsed the development of zeppelins and other mobile lighter-than-air craft. At Akron, Ohio, the Navy’s program tested non-rigid airships, free balloons, and kite balloons. During testing, the balloons were found to be an easy target for enemy aircraft and they restricted maneuverability when moored to a ship. During World War I, airships and kite balloons were used in conjunction with seaplanes and flying boats to help protect shipping. They were also used to detect submarines and warn vessels of mines. Most of the airship patrols were carried out off the U.S. east coast and in Europe where they were deemed successful because they were a deterrent to German submarines.

After the “Great War” was over, the development of non-rigid airships became more advanced with more capabilities. The Navy contracted Goodyear to build airships and hangers were built to accommodate them. The airship Shenandoah (ZR-1) was the first rigid airship to be inflated with helium and the first to fly across the United States. On 3 September 1925, while flying over Ohio, Shenandoah ran into a severe storm that broke the airship in two killing about half the crew. The most successful airship of the time was USS Los Angeles (ZR-3). The airship was built by Germany and given to the U.S. as compensation for the loss of two airships that were lost during the war. Los Angeles was in operation more than seven years and made more than 330 flights.

Probably the most prolific period in the Navy’s construction of rigid airships was during the era of Akron and Macon. They were viewed as an improvement from the Shenandoah design having the ability to house and carry other aircraft, although they ended up being the first and last flying carriers. Akron was lost in 1933 off the coast of New Jersey during a storm that killed 73, and Macon was lost off the Santa Barbara Islands killing 83.

During World War II, there were five different airship classes/types in the Navy’s inventory. Airship operations and expansion was unprecedented. The airship fleet conducted operations in the Pacific, Mediterranean, the north Atlantic, and south Atlantic. When the war was over and the military drew down, the Navy still kept two squadrons that conducted mostly training, search and rescue, observation, and photography missions.

On 21 June 1961, the Secretary of the Navy announced he was going to terminate the Navy’s lighter-than-air program. The last flight of a naval airship occurred on 31 August 1962. 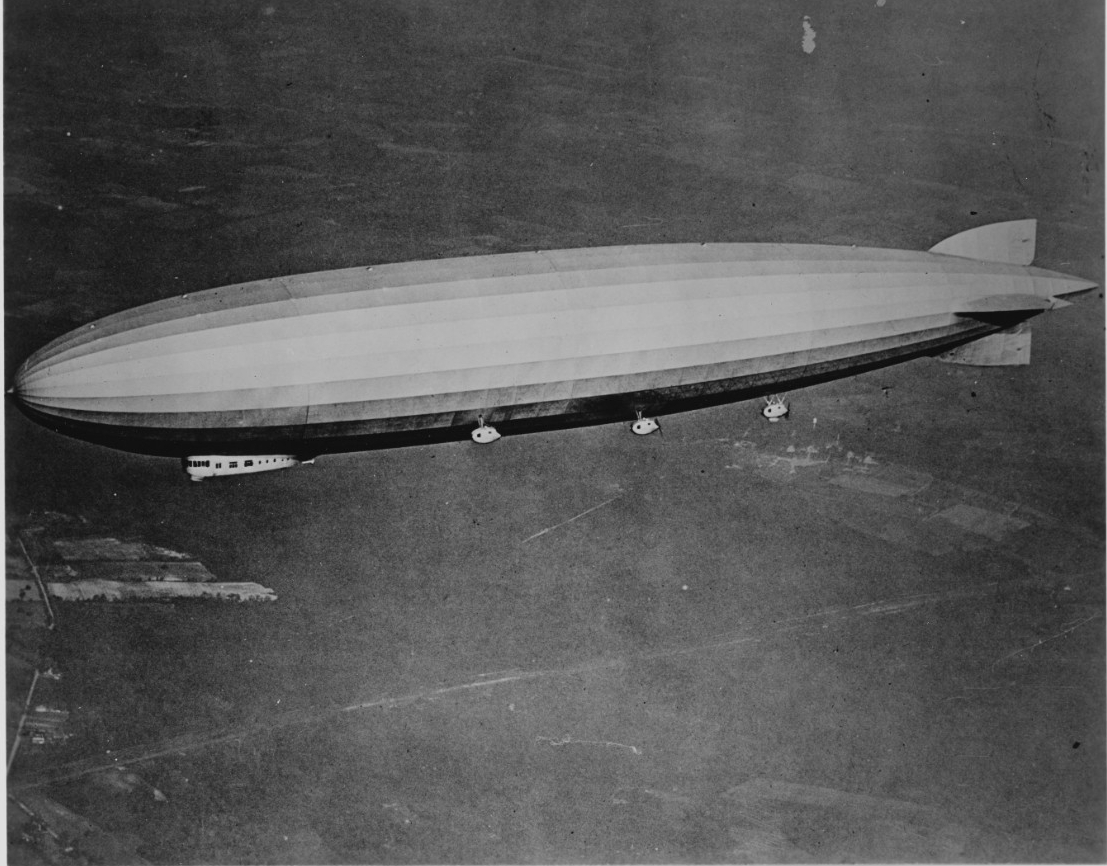 Airship LZ-126 in flight, probably over the eastern U.S. after her flight across the Atlantic from Germany, 15 October 1924. Following delivery to the U.S. Navy, she became USS Los Angeles (ZR-3). Official U.S. Navy photograph from the collections of the Naval History and Heritage Command, NH 98153. 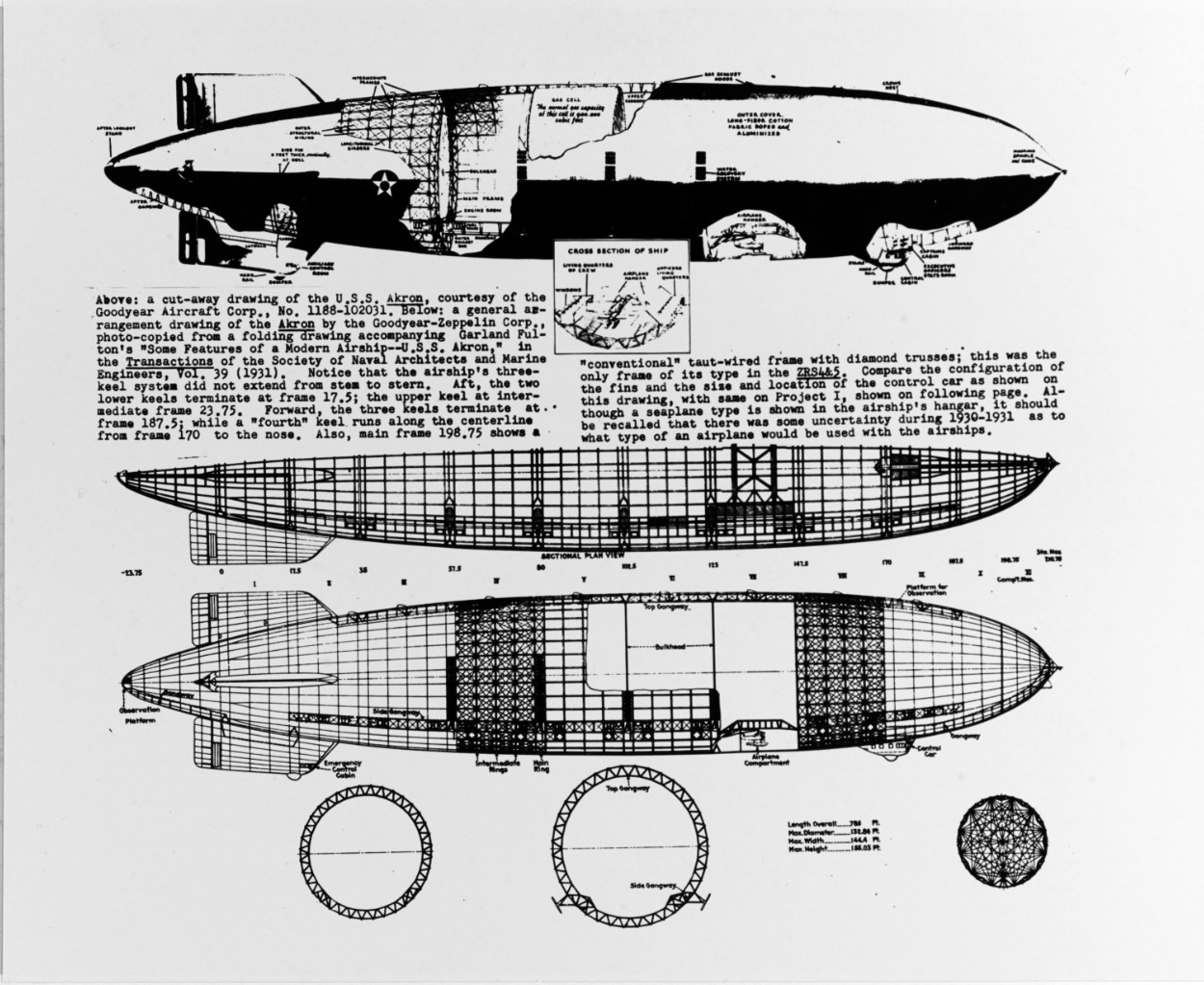 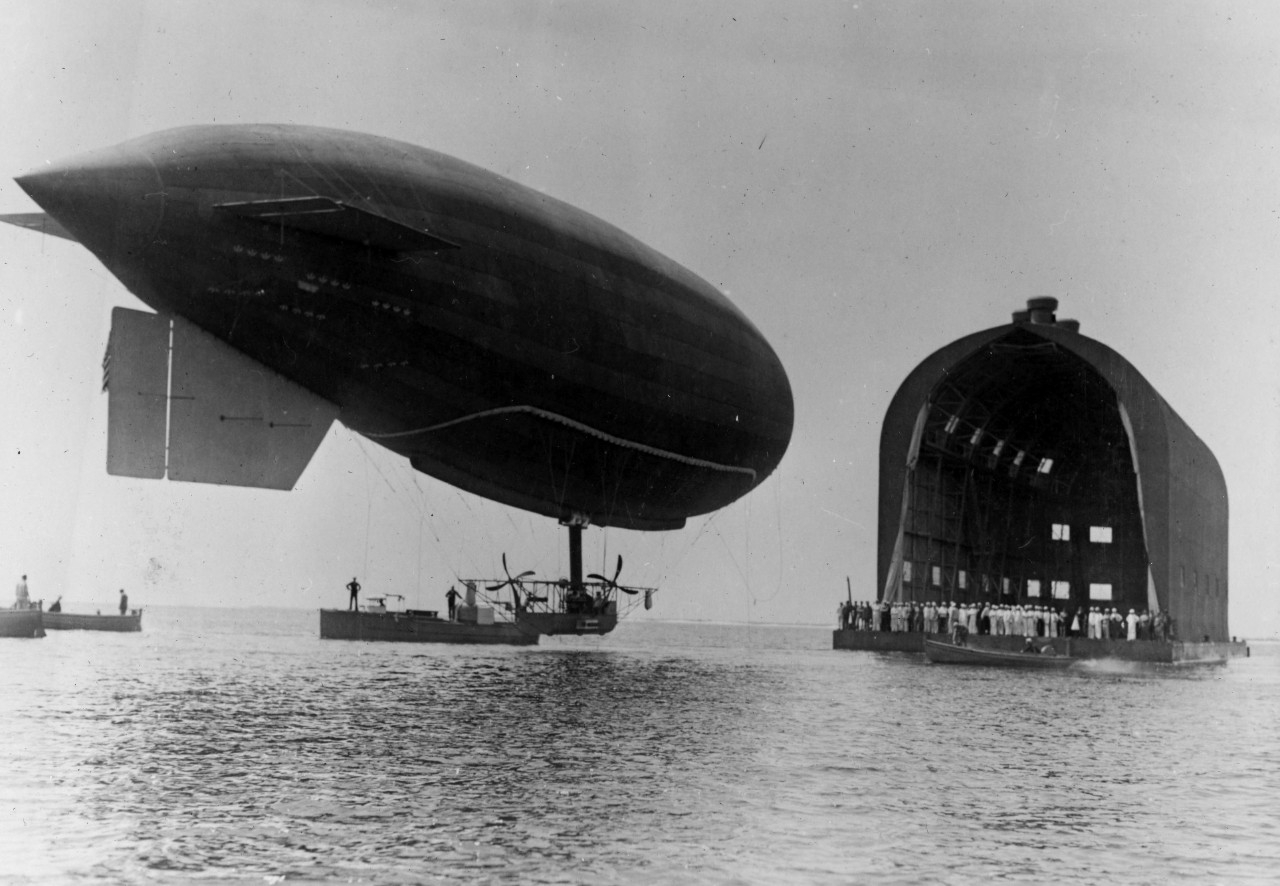 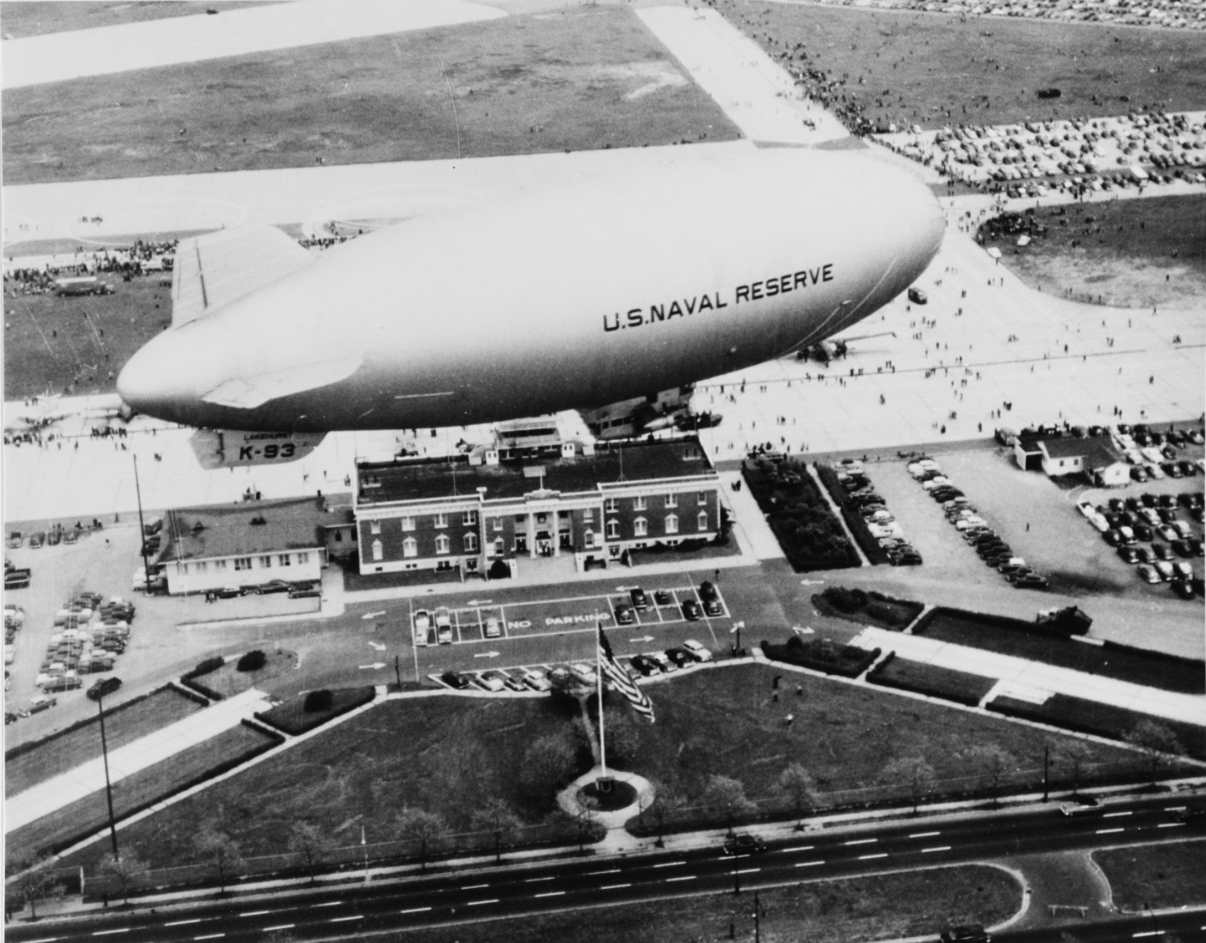 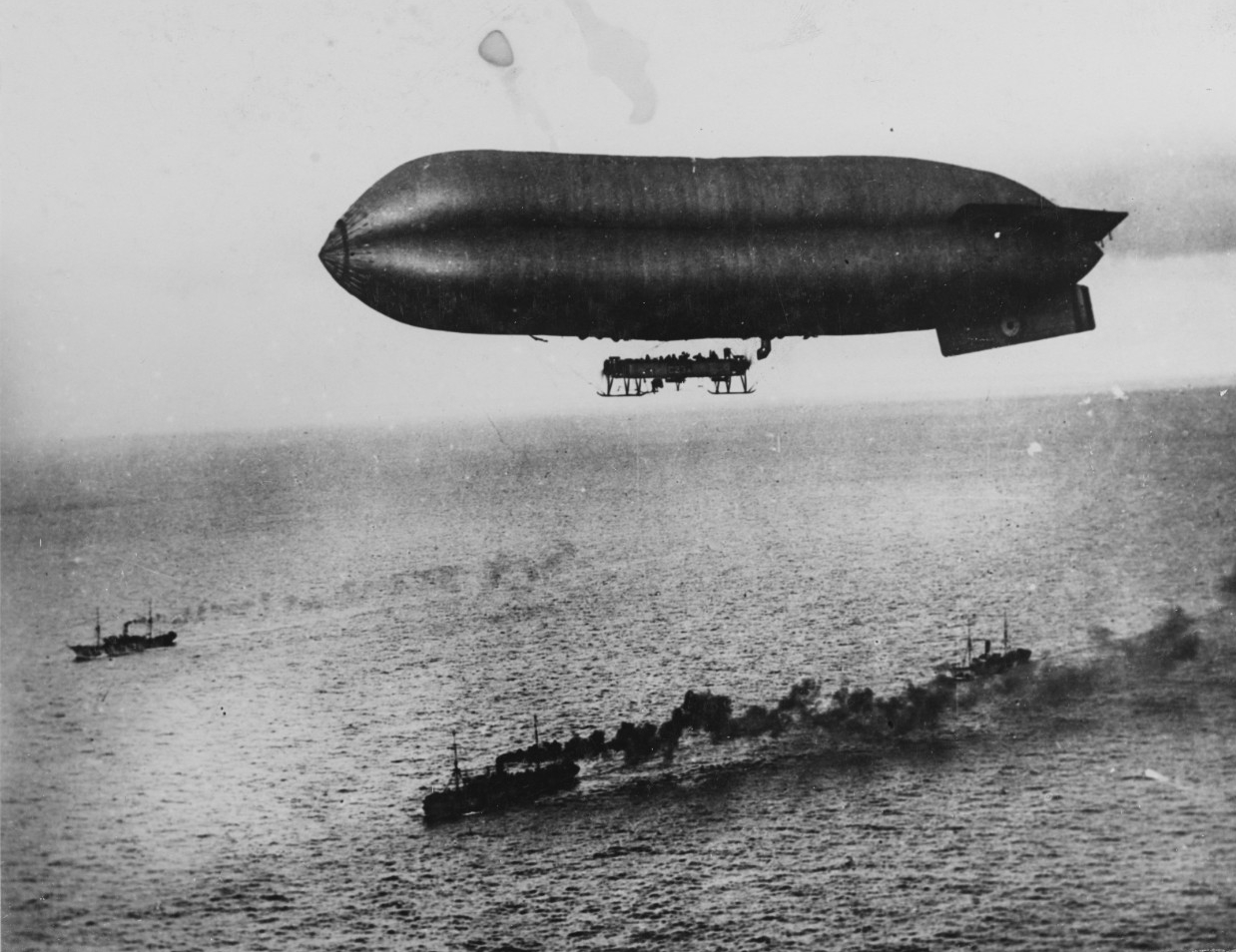 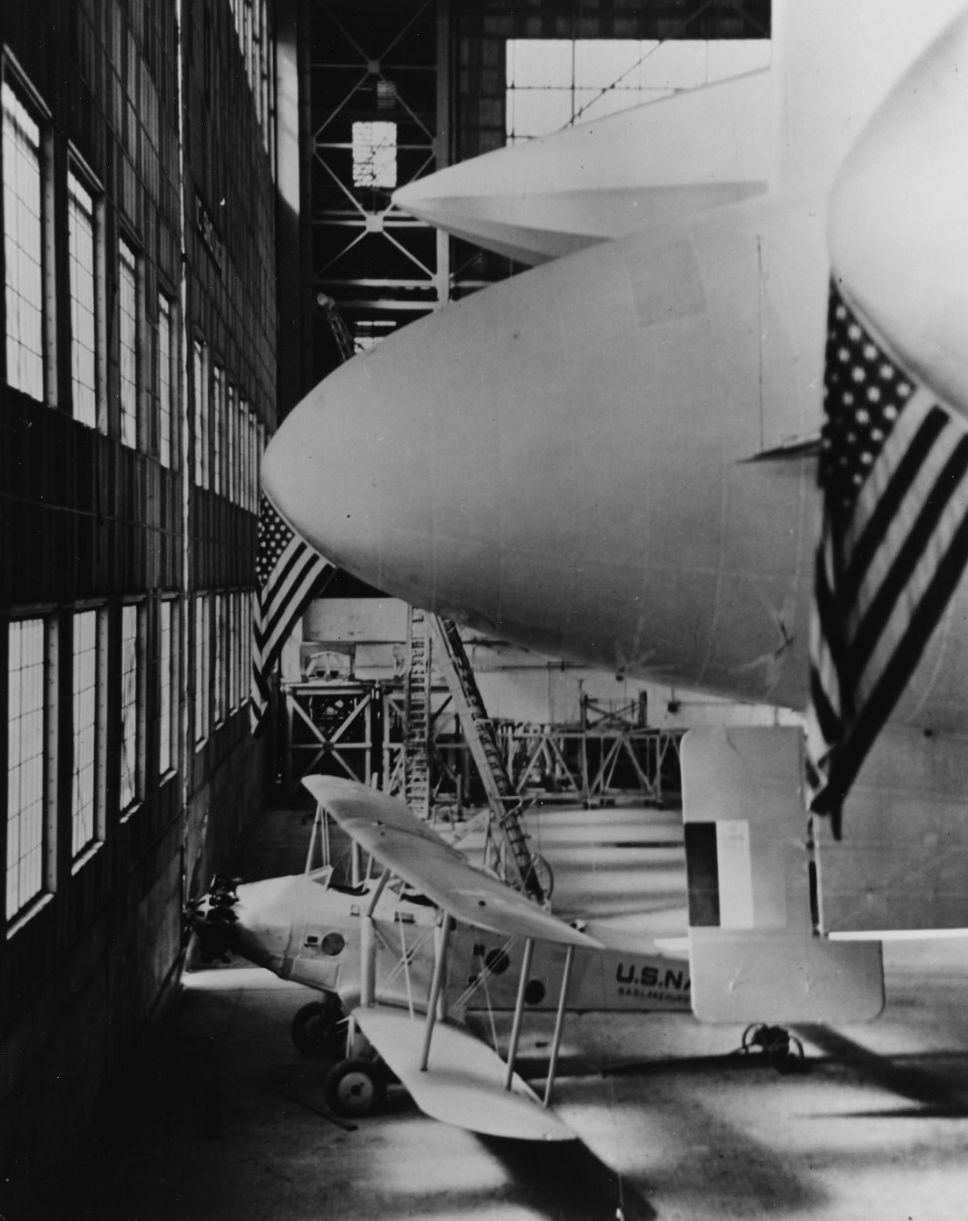 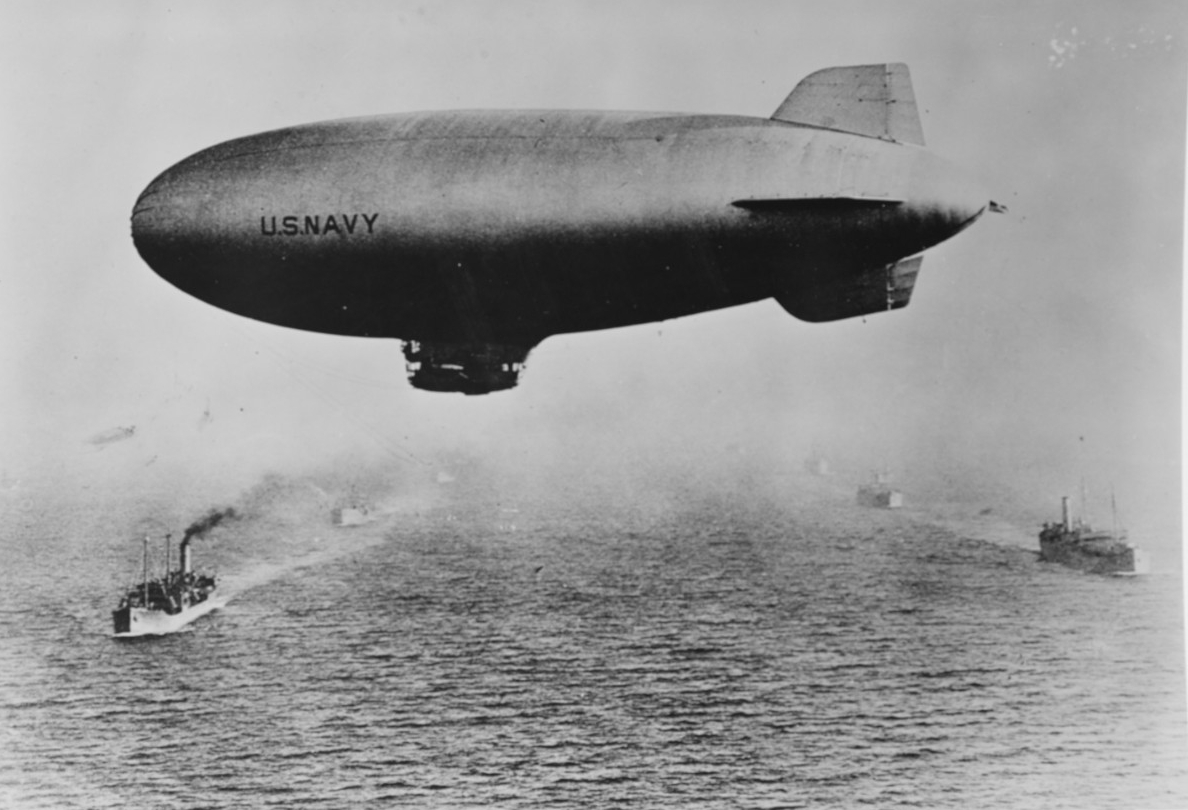 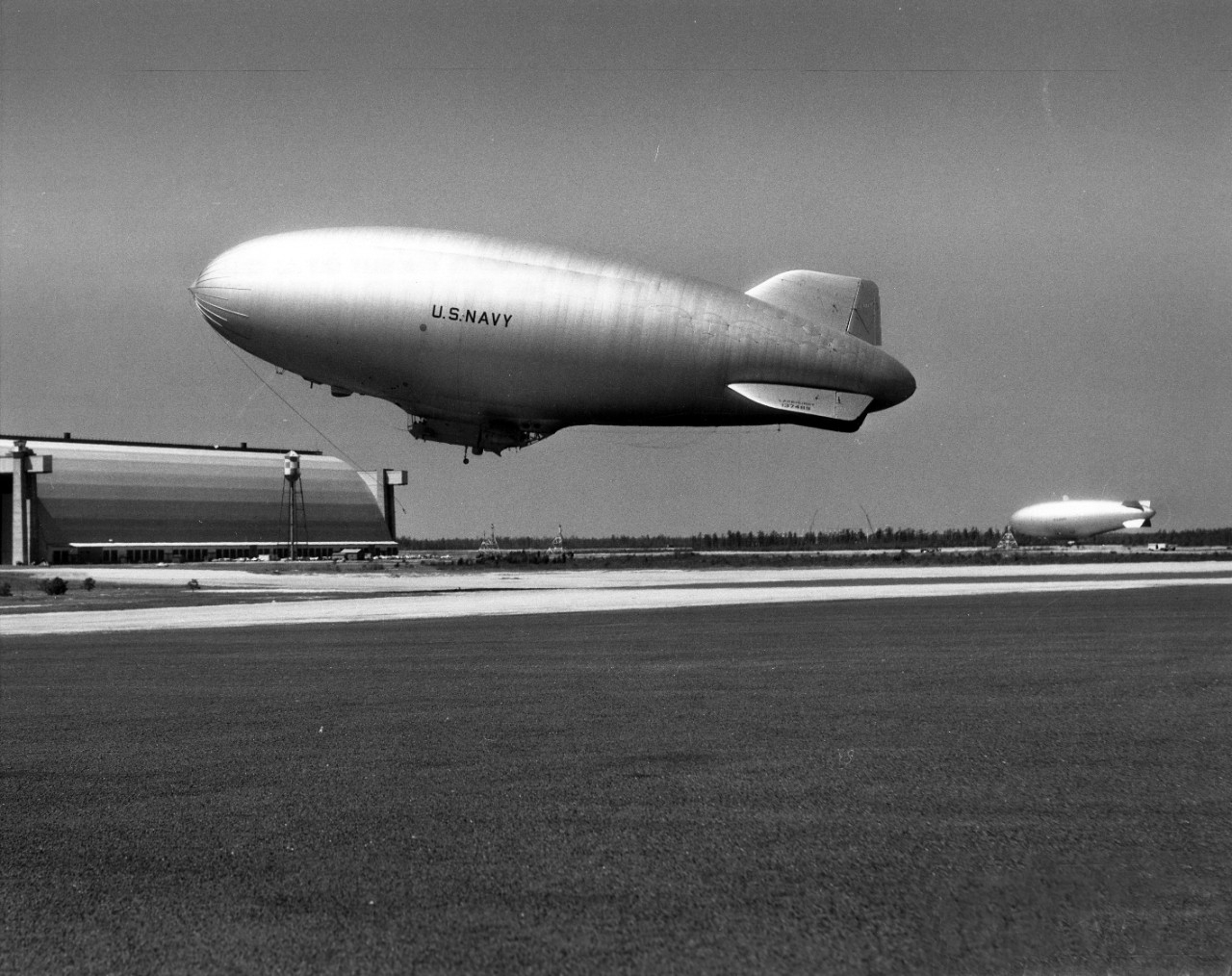