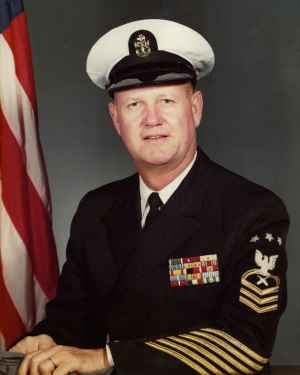 Master Chief Petty Officer Delbert D. Black was born in Oklahoma, graduating from high school in 1940. He enlisted in the U.S. Navy on March 14, 1941.

On January 13, 1967, the Secretary of the Navy announced Master Chief Black was selected as the First Master Chief Petty Officer of the Navy. As such, he was the highest ranking enlisted man in the U.S. Navy, serving as the enlisted representative to the Chief of Naval Operations. He counseled the highest Navy councils on problems associated with enlisted guidance, leadership, and policy.

Upon retirement from active duty, Master Chief Black continued his involvement with the Navy through retired and active duty organizations. He was an active member of the USO Council of Central Florida; the Fleet Reserve Association; and Co-Chairman on the Secretary of Navy Committee on Retired Personnel.

Read more about MCPON Black in excerpt from Winds of Change: The History of the Office of the Master Chief Petty Officer of the Navy, 1967–1992. 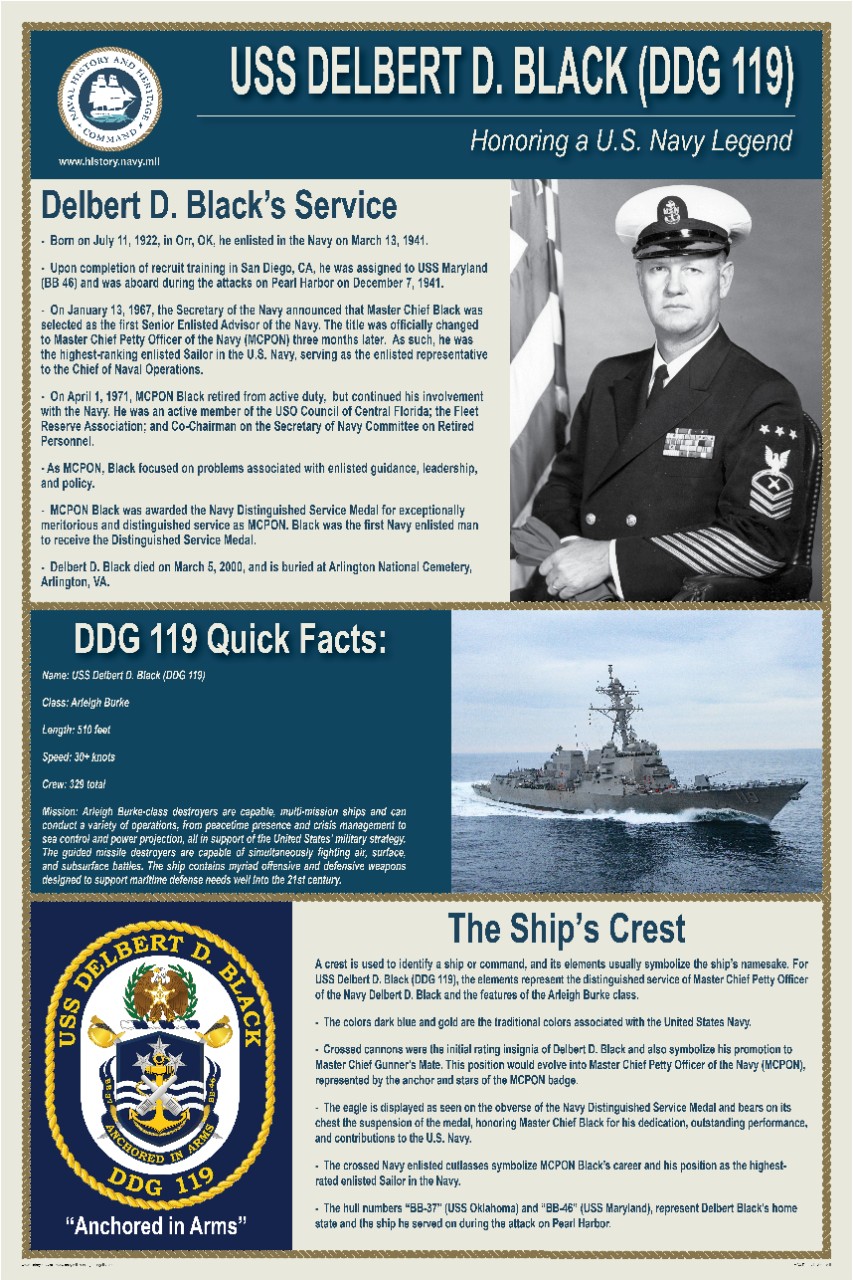