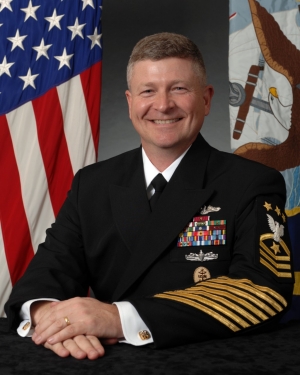 West was born in Georgia. He graduated from Northwest Georgia High School in 1981 and immediately entered the U.S. Navy.

West then reported to USS Preble (DDG-88) in San Diego, Calif., where he completed a deployment to the Arabian Gulf and qualified as Enlisted Surface Warfare Specialist.

West was then selected to serve as Pacific Fleet, Fleet Master Chief from Feb. 2005 to June 2007.

Prior to being selected to be MCPON, he served as the 14th Fleet Master Chief for Commander, U.S. Fleet Forces Command from June 2007 to Dec. 2008.