Cargo transport USNS Charlton (T-AKR-314) proudly bears the name of U.S. Army Sergeant Cornelius H. Charlton, who received the Medal of Honor posthumously for his actions during the Korean War in June 1951.

Charlton was born on 24 July 1929 in East Gulf, West Virginia. After graduating from James Monroe High School in the Bronx, New York, he enlisted in the U.S. Army in 1946. After basic training, Charlton was assigned to the occupation forces in Germany where he served his entire enlistment. After reenlisting, he was moved to an engineering battalion at Aberdeen Proving Ground, Maryland, and then in 1950, was transferred to the occupation forces in Japan with the Eighth Army. Desiring combat action, he was transferred to Company C, 1st Battalion, 24th Infantry Regiment, 25th Infantry Division. He was assigned squad leader in 3rd Platoon, and in May 1951, was appointed platoon sergeant. 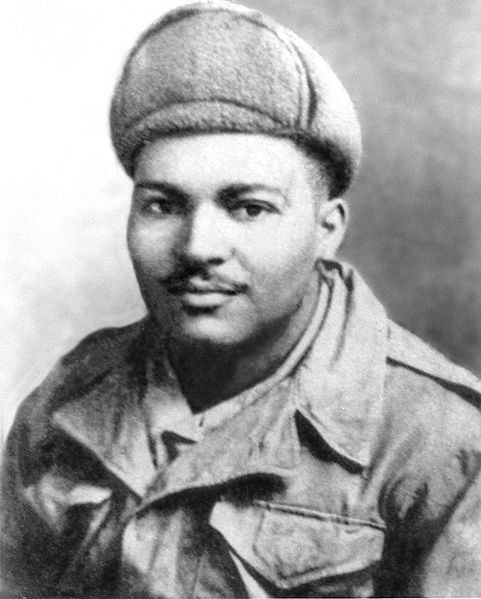 On 2 June 1951, Company C was on the move to capture Hill 543 near the village of Chipo-ri. Charlton’s platoon attacked heavily defended Chinese positions, and during the assault the platoon leader was wounded and subsequently evacuated. Charlton then assumed command, rallied the troops, and spearheaded an attack. After personally eliminating two enemy positions and killing six with his rifle and grenades, the platoon became bogged down and started to suffer heavy causalities. Regrouping the Soldiers, Charlton led them forward on another assault only to be forced back by enemy grenades. Despite a severe chest wound and refusing medical treatment, he led yet another charge that carried the platoon to the crest of the ridge. Observing that the remaining enemy emplacement was situated on the reverse slope, Charlton charged it alone. During the attack, Charlton was mortally wounded by a grenade, but continued to fire until the enemy position was eliminated. He was credited with saving most of his platoon.

In addition to the Medal of Honor, he also received the Purple Heart. Charlton is interred at Arlington National Cemetery.