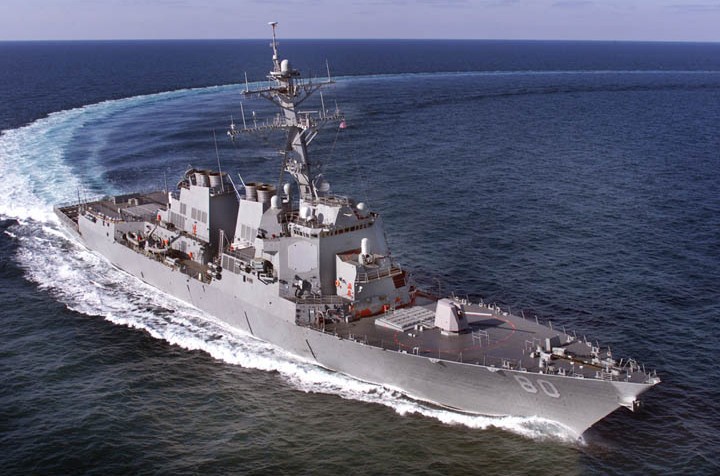 USS Roosevelt (DDG-80) on sea trials in Spring 2000. The ship is named in honor of Franklin and Eleanor Roosevelt.

Destroyer USS Roosevelt (DDG-80) proudly bears the name of the 32nd president and former first lady of the United States.

Born 30 January 1882 at Hyde Park, New York, Franklin Delano Roosevelt attended Harvard University and Columbia Law School, and married Anna Eleanor Roosevelt on St. Patrick’s Day 1905. Following his fifth cousin’s example—President Theodore Roosevelt—Roosevelt entered public service by winning the election to the New York Senate in 1910. In 1920, President Woodrow Wilson appointed him the Assistant Secretary of the Navy. He became governor of New York in 1928, and in November 1932, during the heart of the Great Depression, Roosevelt was elected President of the United States. He would serve as President until his death on 12 April 1945, serving four terms. He is credited with the “New Deal” program and leading the country through World War II. 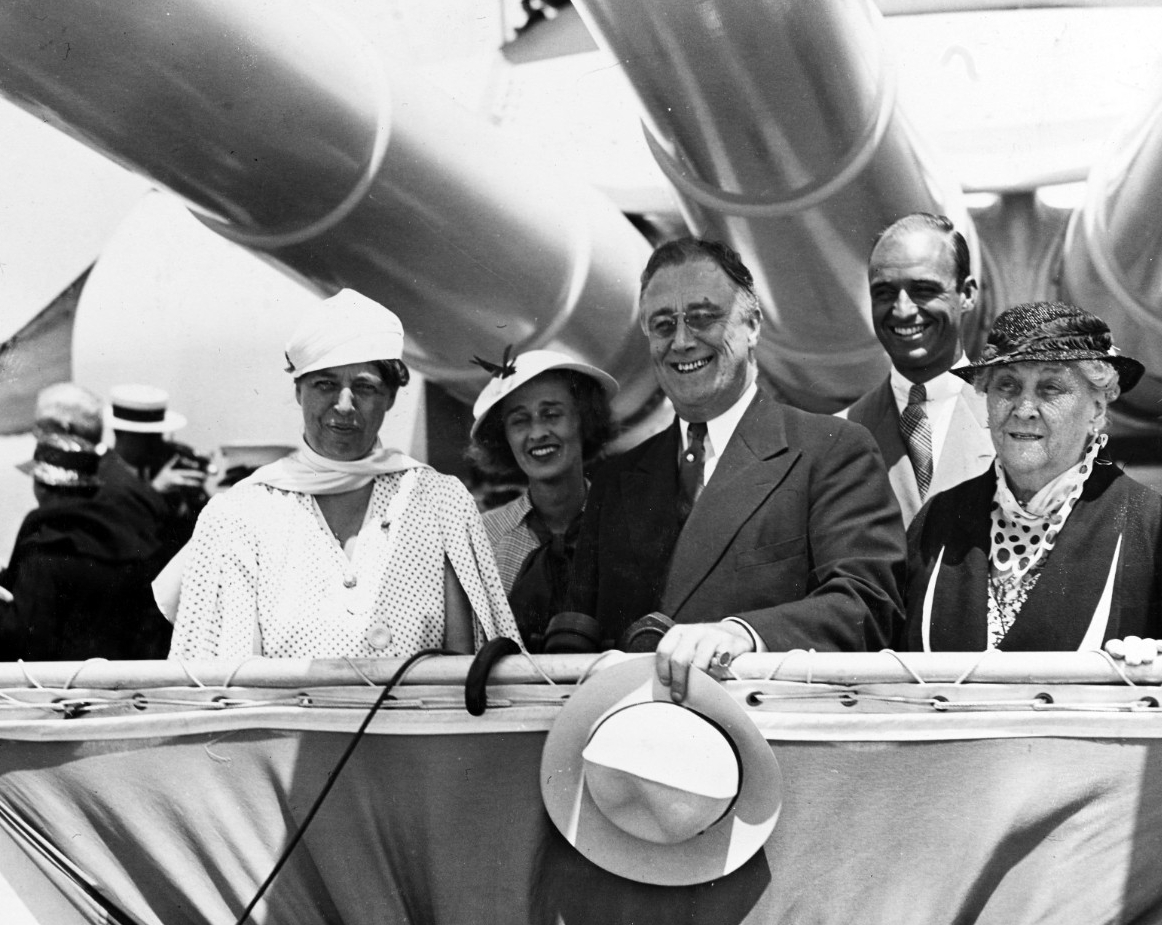 Born on 11 October 1884 in New York City, Eleanor would become one of the most revered women of her generation. Although she was a shy, awkward child, Eleanor grew into a woman with great sensitivity for the underprivileged regardless of creed, race, or nationality. She was a tireless supporter of her husband, and dedicated her life to Franklin. After President Roosevelt died in 1945, she returned to Hyde Park. Within a year, she began service as American spokesperson in the United Nations. She continued to work for the UN until her strength began to wane in 1962. Eleanor died 7 November 1962 in New York City. She is buried next to her husband at Hyde Park.