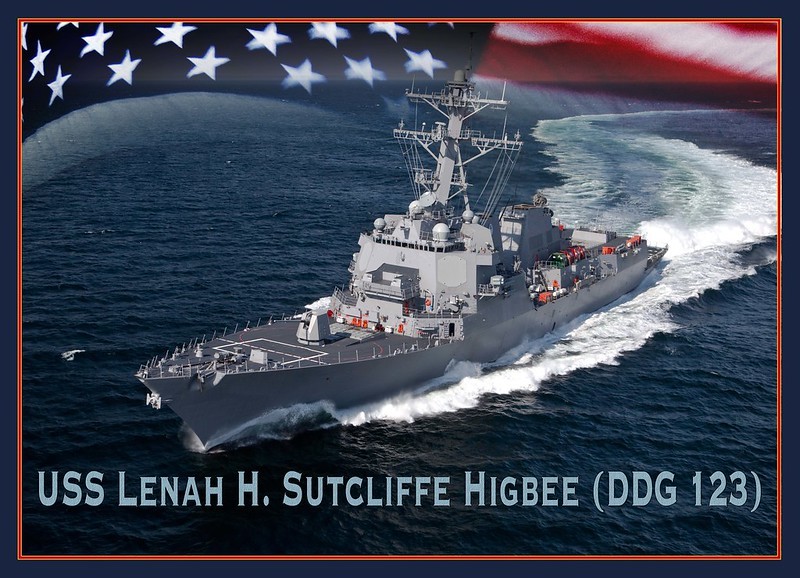 Lenah Sutcliffe Higbee was born in Chatham, Canada, on 18 May 1874. After immigrating to the United States, she completed her nursing training at New York Postgraduate Hospital in 1899 and later received further training at Fordham Hospital. On 1 October 1908, she became one the first twenty nurses in the newly-formed Navy Nurse Corps (commonly referred to as The Sacred Twenty). She became the second superintendent of the Navy Nurse Corps in 1911.

For her service during World War I, Higbee became the first living woman to recieve the Navy Cross.[1]  She retired from the Navy Nurse Corps on 30 November 1922. Lenah Sutcliffe Higbee died in Winter Park, Florida, on 10 January 1941. She is buried in Arlington National Cemetery next to her husband, Lieutenant Colonel John Henley Higbee, USMC.

The first ship named after Higbee, USS Higbee (DD-806), was the first combat warship named after a female member of the U.S. Navy. USS Lenah H. Sutcliffe Higbee (DDG-123) was launched on 27 January 2020 and is currently under construction.

1. For information on the three nurses who were posthumously awarded the Navy Cross, see “'The Most Terrifying Experience': The U.S. Navy and the Pandemic of 1918." 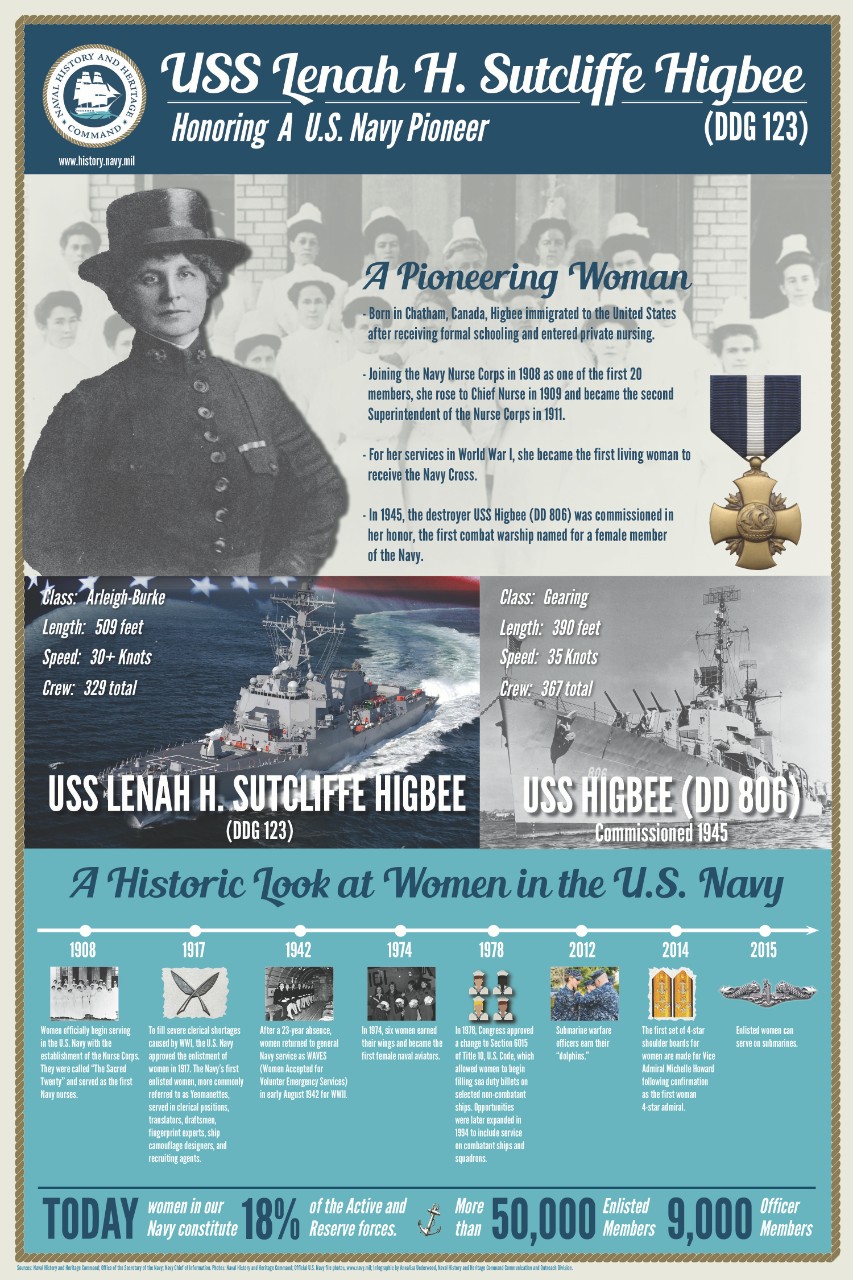 This infographic shares the history of Lenah H. Sutcliffe Higbee, a Navy Cross recipient and Superintendent of the U.S. Navy Nurse Corps during the First World War. (U.S. Navy graphic by Annalisa Underwood/Released) 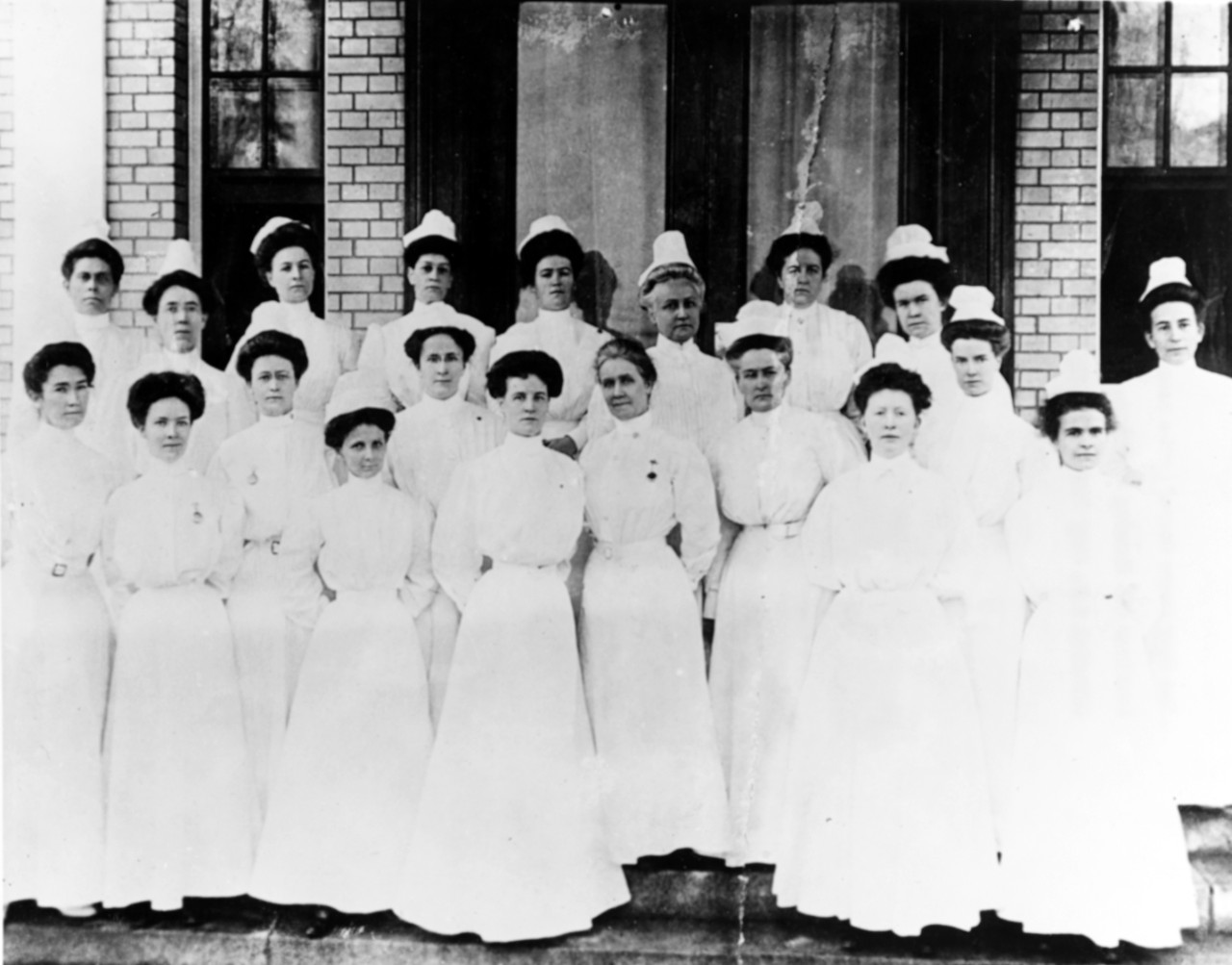 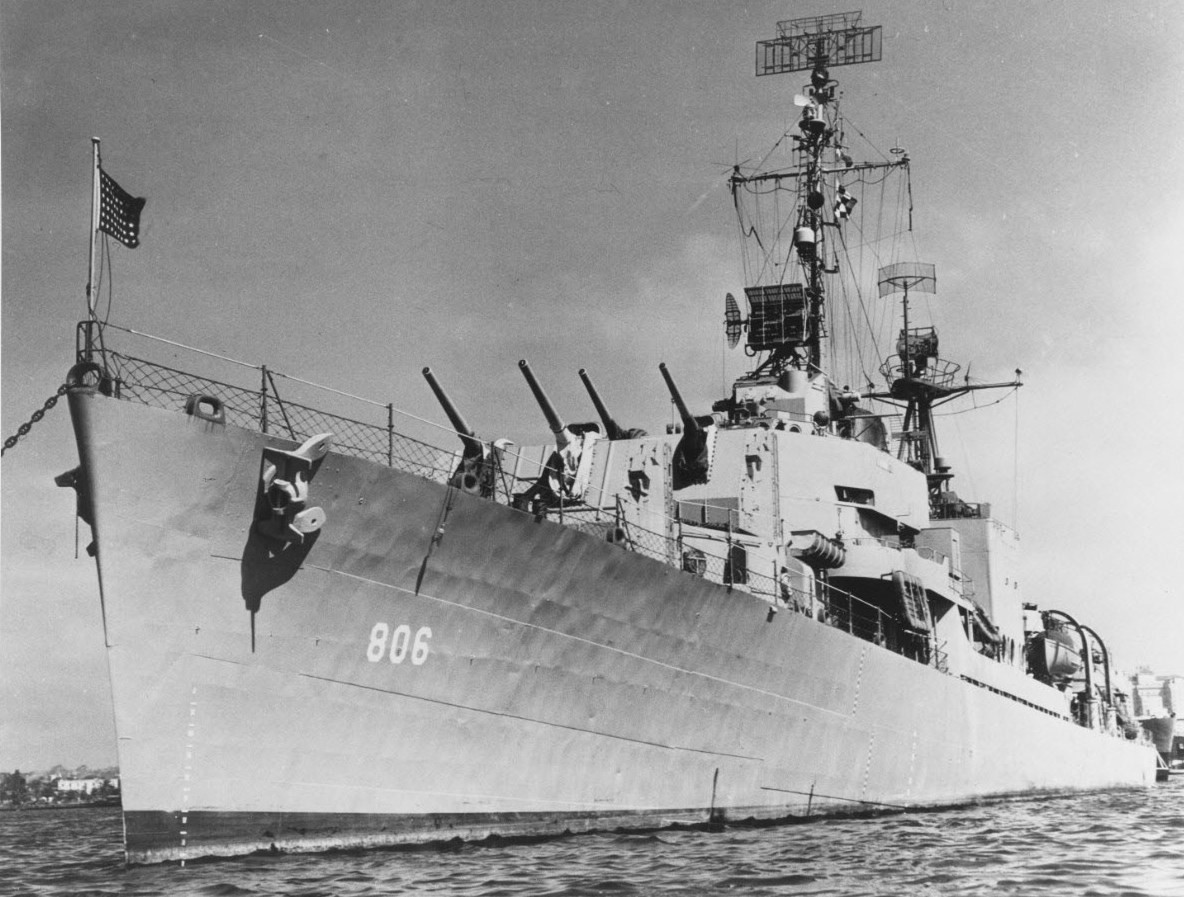 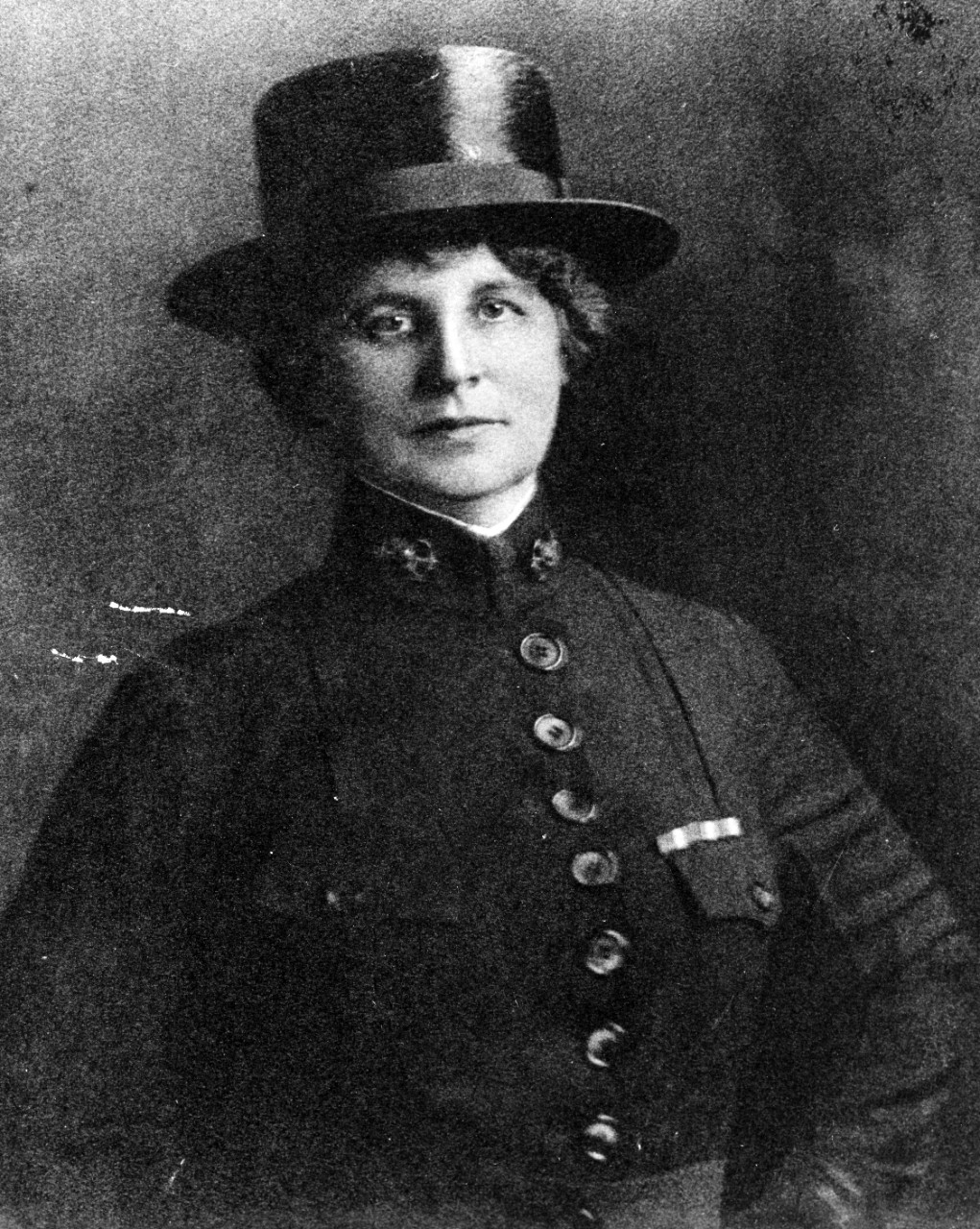 Lenah H. Sutcliffe Higbee, (NC) USN. Portrait photograph, taken in uniform during the World War I era. She was the second Superintendent of the Navy Nurse Corps, from 20 January 1911 to 30 November 1922. Official U.S. Navy Photograph, now in the collections of the National Archives. (80-G-1037198) 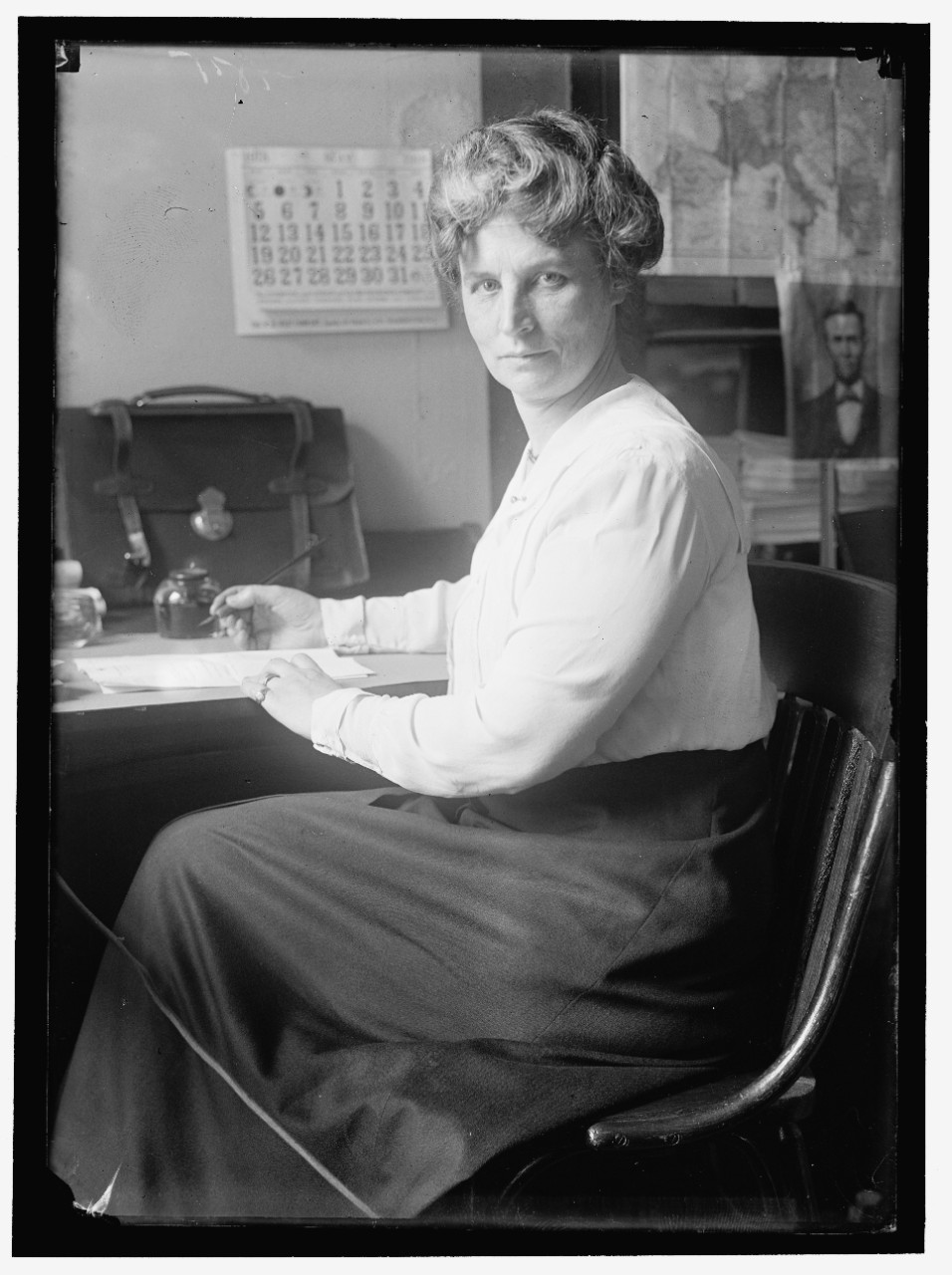