The African American Experience in the U.S. Navy 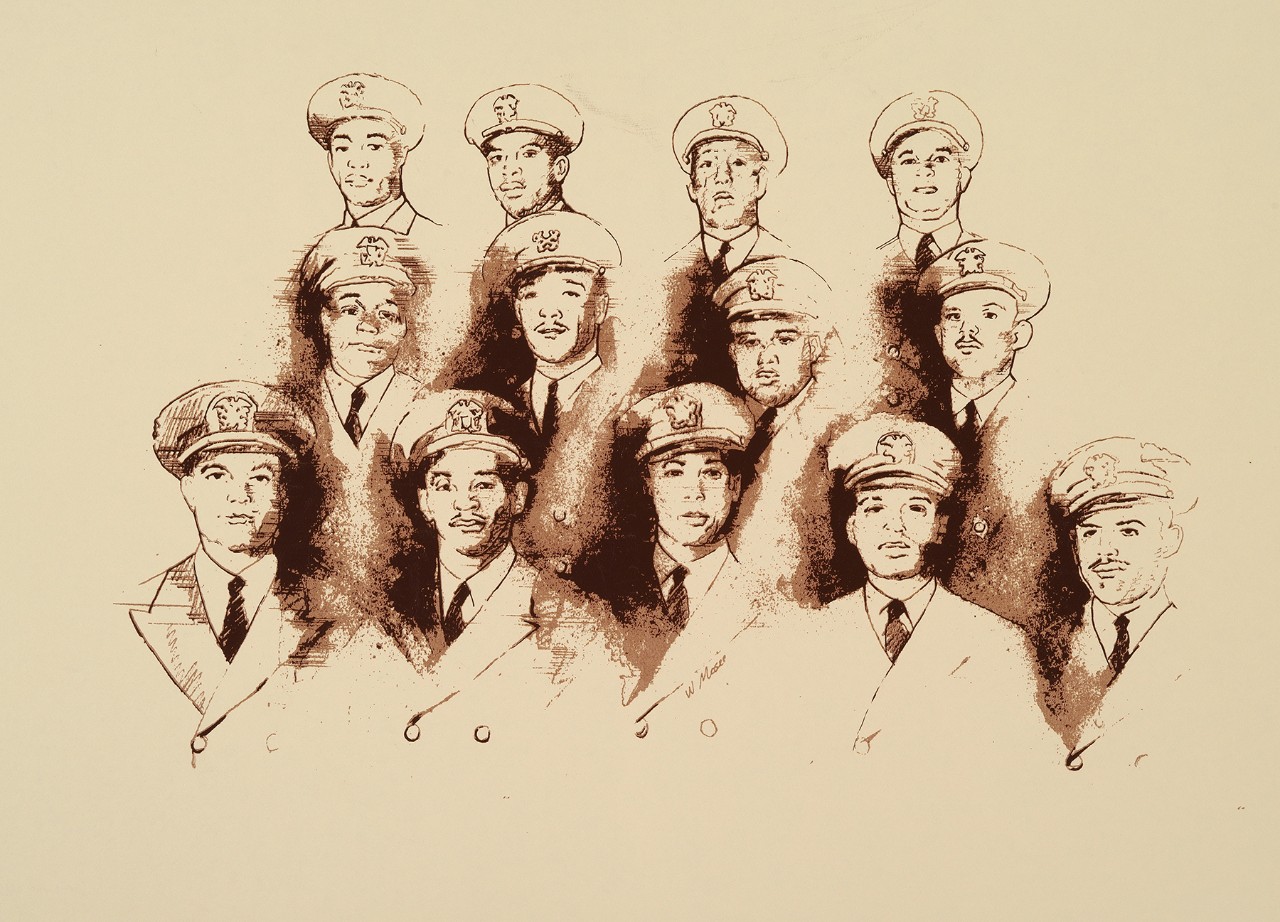 "By taking the time to educate ourselves on our history and the people who shaped this nation, we can more fully appreciate the ideals set down by the founders. . . . It's a reminder that our work is to sustain freedom and ensure that rights and liberty belong to all our citizens." -Admiral Howard, in response to "What does Black History Month mean to you?"

Today’s African American Sailors stand proudly knowing the accomplishments of their predecessors, including the eight black Sailors who earned the Medal of Honor during the Civil War; Dick Henry Turpin, one of the survivors of the explosion aboard the battleship Maine; and the 14 black female yeomen who enlisted during World War I. The Navy planted the seeds for racial integration during World War II and trained a generation of outstanding African American officers and enlisted personnel who provided critical leadership and expertise during the Cold War.

Service on Ships, Submarines, and Ashore

African Americans have a long heritage of service, first with state and continental navies, and then with the Department of the Navy since its establishment in 1798. They continue to distinguish themselves ashore, on ships, in aircraft, and on submarines through times of peace and conflict.

African Americans in the U.S. Navy During the Civil War: The Experiences of the Potomac Flotilla

The film Devotion commemoration toolkit highlights the story of Ensign Jesse L. Brown, who was one of the first African Americans to commission as an officer through the U.S. Navy’s V-5 Aviation Cadet Training Program at Ohio State, a predominately white university in 1947.

Trailblazers: Meeting the Challenge
During the 1960s and 1970s, African Americans began commanding ships, submarines, and shore establishments. In 1974, the Navy issued its first Navy Equal Opportunity Manual and two years later issued its first Navy Affirmative Action Plan. And now, as in previous periods, African-American officers and enlisted personnel have continued to stand out among the Navy’s best and brightest, gaining recognition in their roles as trailblazers:

Related Reading
Diary of Michael Shiner−“The only master I have now is the Constitution,” stated Shiner, emphatically, reflecting on his hard won freedom. Today Michael G. Shiner is famous for his diary chronicling events at the Washington Navy Yard and the District of Columbia from 1813 to 1869. Among the diary’s better known passages are Shiner’s accounts of the War of 1812, the 1833 abduction of his family by slave dealers, and the strike of 1835.
The Negro in the Navy by Miller−“The Negro in the Navy was then and has been ever since no less devoted to duty and as fearless of death as Crispus Attucks, when he fell on Boston Common, the first martyr of American independence. In speaking of colored seamen, who showed great heroism...” Pages 555-599 from Kelly Miller's History of the World War for Human Rights.
Z-Gram #66: (Equal Opportunity)−In Z-66 dated December 17, 1970, Admiral Zumwalt noted “there is significant discrimination in the Navy.” However, he didn’t shrink from it. “We do have problems, and it is my intention . . . to take prompt steps toward their solution.” To emphasize his determination, he gave commanders until January 15, 1971—less than a month—to take action on the directives. He wrapped up the Z-gram saying, “There is no black Navy, no white Navy—just one Navy—the United States Navy.” Minority firsts in the Navy in the succeeding years can trace their roots to Z-gram #66.
Emancipation Proclamation, U.S. Navy General Order No. 4−"That on the first day of January. . . all persons held as slaves within any State or designated part of a State, the people whereof shall then be in rebellion against the United States, shall be then, thenceforward, and forever, free; and the Executive government of the United States, including the military and naval authority thereof, will recognize and maintain the freedom of any such persons, and will do no act or acts to repress such persons, or any of them, in any efforts they may make for their actual freedom."