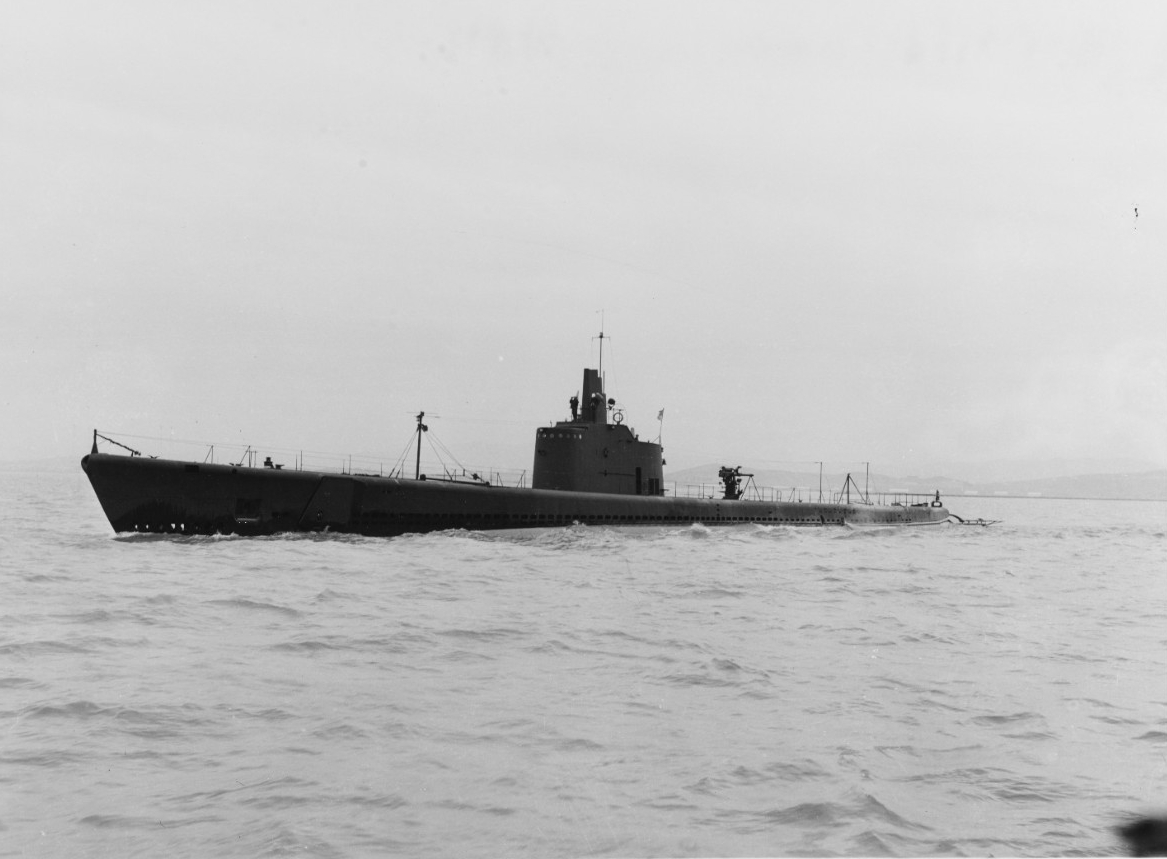 Gato-class submarine USS Silversides (SS-236) was commissioned at Mare Island Navy Yard, California, on 15 December 1941, with Lieutenant Commander Creed C. Burlingame in command. After shakedown off the U.S. west coast, the boat set sail for Pearl Harbor, Hawaii. With World War II escalating on all fronts, Silversides steamed to Japanese Home Island waters—in the area of Kii Suido—on 30 April 1942 for the first of her many successful combat patrols. Just ten days into the patrol, Silversides sank a Japanese trawler with her 3-inch gun. During the engagement, the enemy used one of its machine guns to kill a Silversides deck gunner. In retaliation, gunners on the American submarine riddled the enemy vessel until it spewed flames and sank. Just three days later, Silversides attacked an enemy submarine, and although explosions were heard, a positive sinking could not be confirmed. On 17 May, Silversides torpedoed and sank a 4,000-ton cargo ship while damaging a second enemy vessel. During the battle, the submarine’s periscope became entangled in a fishnet marked by Japanese flags held afloat by bamboo poles. As Silversides bored in for the kill on the enemy cargo ship—with fishnet and Japanese flags stuck on top of the American submarine—she fired a spread of torpedoes that tore the enemy’s stern wide-open. With that ship sinking, Silversides preceded to attack a second enemy ship, but its final fate could not be determined at the time. Patrol boats began to close in on Silversides after the brazen attack, so the submarine quickly departed the area. Later in the patrol, Silversides damaged a freighter and a tanker before returning to Pearl Harbor in late June.

About a month later, Silversides returned to the area of Kii Suido for her second war patrol. On 28 July, the fighting submarine sank a 4,000-ton cargo ship, followed by the sinking of passenger-cargo ship Nikkei Maru on 8 August. Later in the patrol, Silversides damaged a large enemy tanker and sank two enemy trawlers before returning to Pearl Harbor. On her third war patrol in the Caroline Islands, Silversides had no confirmed sinkings, but inflicted severe damage to a large cargo ship and deployed torpedoes that scored hits on an enemy destroyer, although extent of the torpedo damage on the destroyer was not known at that time. The patrol ended on 25 November in Brisbane, Australia.

On 17 December, Silversides set her sights on New Ireland for her fourth war patrol. While in the middle of the ocean on Christmas Eve, a pharmacist’s mate performed a successful emergency appendectomy on one of the crewmembers. With completion of the medical emergency early on Christmas day, Silversides surfaced only to be forced deep by a Japanese destroyer and subsequent depth charge attacks. After surviving the lengthy attacks, personnel onboard Silversides believed the worst was behind them and surfaced again only to be greeted by the same enemy destroyer and ensuing aerial attacks. After an enemy aircraft dropped three bombs near the submarine causing severe damage, Silversides went deep and leveled off just before crush depth. The submarine survived the attacks and later surfaced to recharge her batteries and perform emergency repairs. Later in the patrol while off Truk, Silversides torpedoed and sank tanker Toei Maru on 18 January 1943. Just two days later, the boat had one of its most productive days of the war. After stalking an enemy convoy throughout the day, Silversides steamed ahead of the enemy vessels and lay in wait. As the enemy moved closer, Silversides fired a barrage of torpedoes that sank cargo ships Surabaya Maru, Somedono Maru, and Meiu Maru. During the engagement, it was discovered that one of the torpedoes was stuck in a forward torpedo tube. Since it was impossible to disarm the torpedo, the commander decided to re-fire the torpedo—an extremely dangerous and risky maneuver. As the submarine steamed in reverse at full throttle, the dysfunctional torpedo was successfully fired disappearing safely into the murky horizon. The war patrol was terminated ahead of schedule in late January due to a serious oil leak.

On 17 May, Silversides steamed to the Solomon Islands area for her fifth war patrol with her primary mission to lay a minefield in Steffan Strait, between New Hanover and New Ireland. On the night of 10–11 June, the boat sank 5,256-ton cargo ship Hide Maru. For her efforts, she was rewarded with severe, although fruitless, enemy depth charge attacks. On 16 July, Silversides returned to Brisbane for refit. Malfunctioning torpedoes and lack of targets plagued the submarine's sixth war patrol between the Solomon and Caroline Islands. She returned to Brisbane intact, but empty-handed. On her seventh war patrol, Silversides sent cargo ships Tairin Maru, Tennan Maru, Kazan Maru, and the passenger-cargo ship Johore Maru to watery graves. On her eighth and ninth war patrols, the stellar submarine wreaked havoc on enemy convoys sinking Tenposan Maru, Shichisei Maru, Ryuto Maru, and Kofuku Maru before returning to Fremantle in April 1944.

On her tenth war patrol off the Marianas Islands, Silversides destroyed six enemy vessels for more than 14,000 tons of enemy shipping. Her eleventh war patrol was not as productive, but Silversides managed to rescue sister submarine USS Salmon (SS-182) that had been badly damaged by depth charge attacks. While Salmon was under attack, Silversides deliberately drew the attention of the enemy then quickly dove to escape their gunfire. Soon submarines USS Trigger (SS-237) and USS Sterlet (SS-392) joined Silversides in guarding and escorting the stricken submarine back to Saipan for repairs. On her twelfth war patrol in the East China Sea, few worthwhile targets were encountered, however, on 25 January 1945, Silversides sent a spread of torpedoes at 4,556-ton Japanese cargo ship Malay Maru sending it below the waves.

On her thirteenth war patrol, Silversides joined a coordinated attack group with USS Hackleback (SS-295) and USS Threadfin (SS-410), patrolling off Kyushu. Although targets were few and far between, the submarine damaged a large freighter and sank a trawler before returning to Pearl Harbor on 29 April. Her fourteenth and final war patrol was spent on lifeguard duty in support of air strikes on Honshu, Japan. On 22 July, Silversides rescued a downed fighter pilot and two days later rescued a U.S. Army aviator. She returned to Guam for refit on 30 July, but hostilities ended with Japan in August 1945.

Silversides received 12 battle stars and the Presidential Unit Citation for her war service. According to Joint Army-Navy Assessment Committee figures, Silversides was credited with sinking 23 enemy vessels for a total of 90,080 tons of enemy shipping.

After the war, Silversides set sail for New London, Connecticut, where she was decommissioned on 17 April 1946, and placed in reserve until 15 October 1947. She was then placed in service as a training ship for naval reservists at Chicago, Illinois, for the remainder of her service. Her name was stricken from the Navy list on 30 June 1969. The South Chicago Chamber of Commerce promptly applied to the U.S. Navy for custody of Silversides to preserve her as a memorial. In 1987, the submarine was moved to Muskegon, Michigan, to serve as the centerpiece of the Great Lakes Naval Memorial & Museum. Silversides is listed on the National Register of Historic Places, and as a National Historic Landmark. The museum is now known as the USS Silversides Submarine Museum. 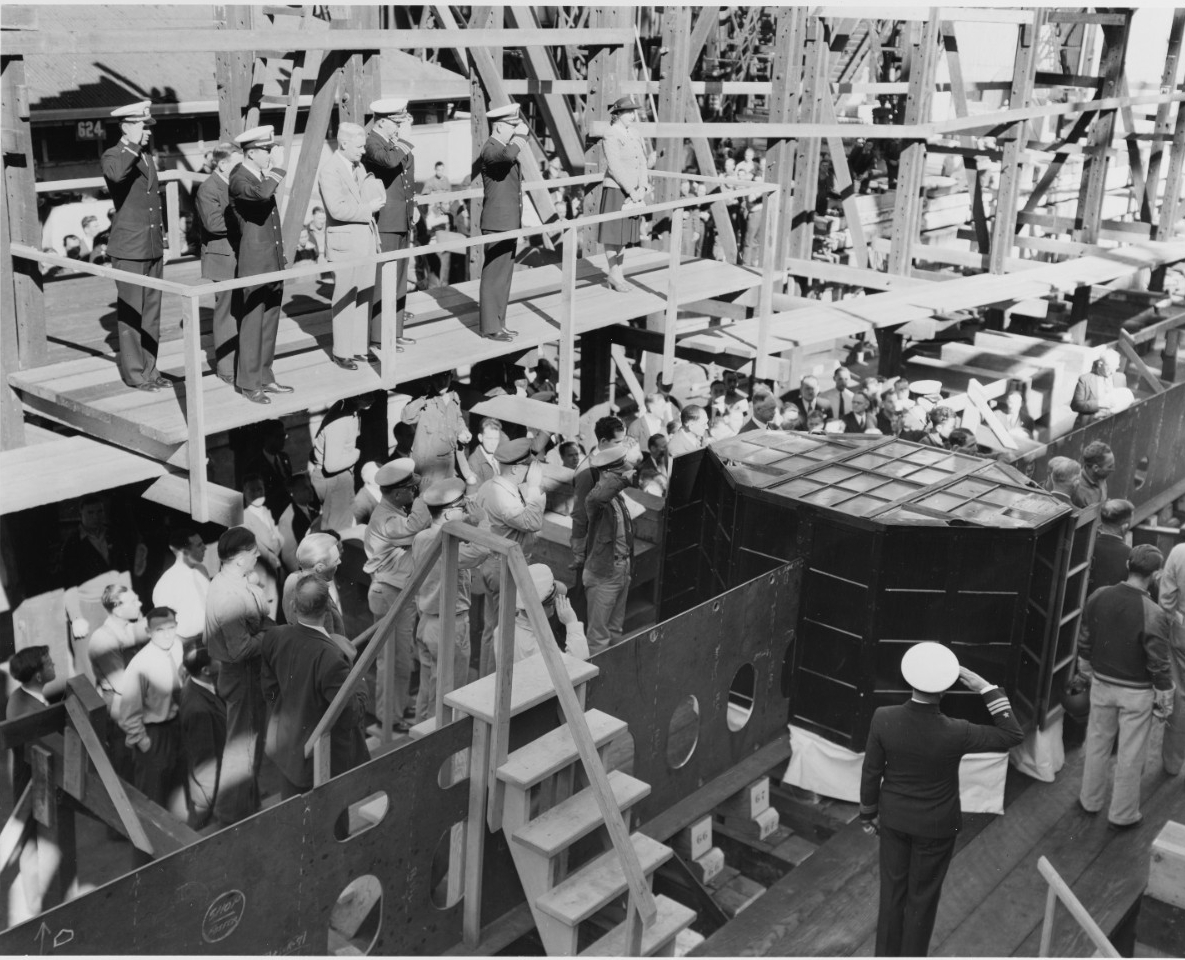 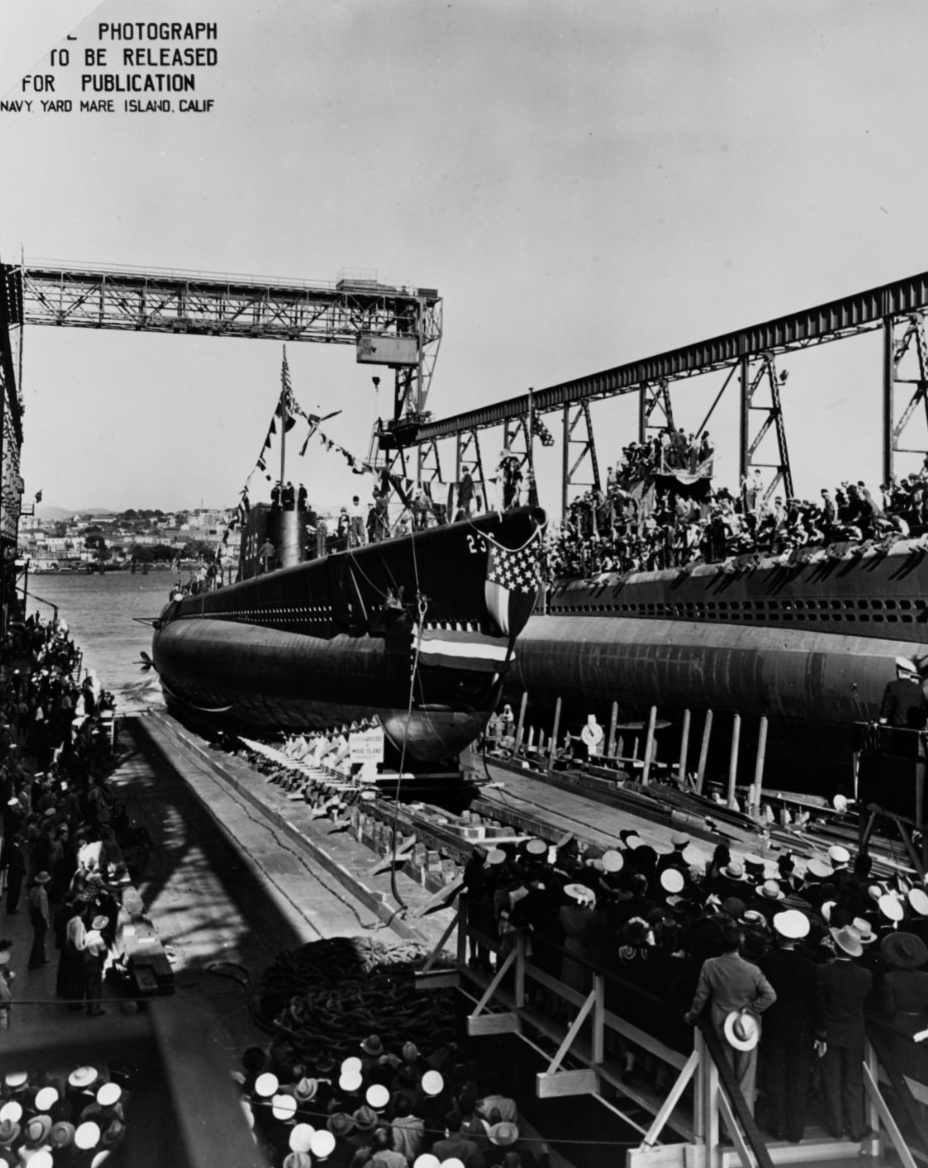 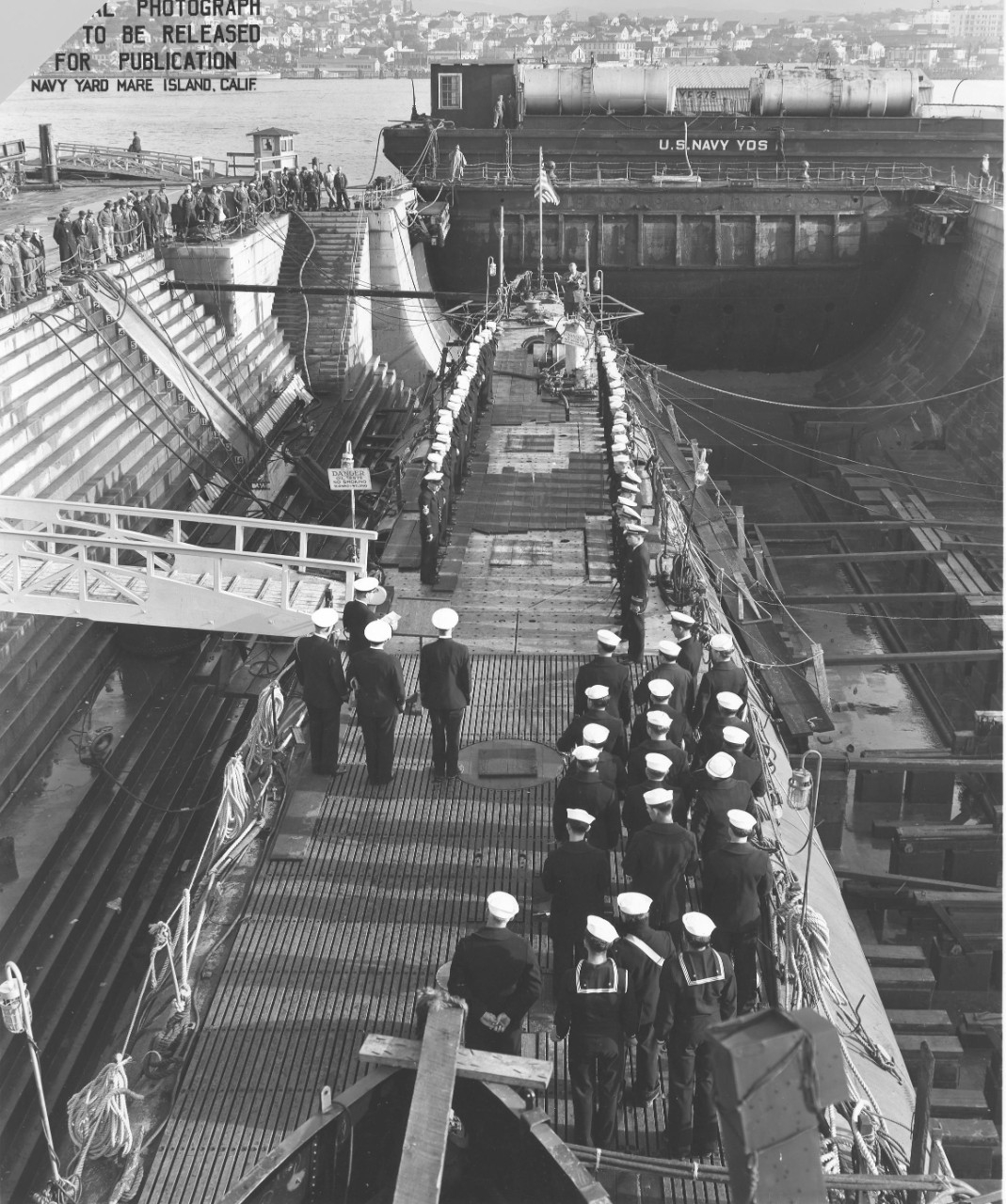 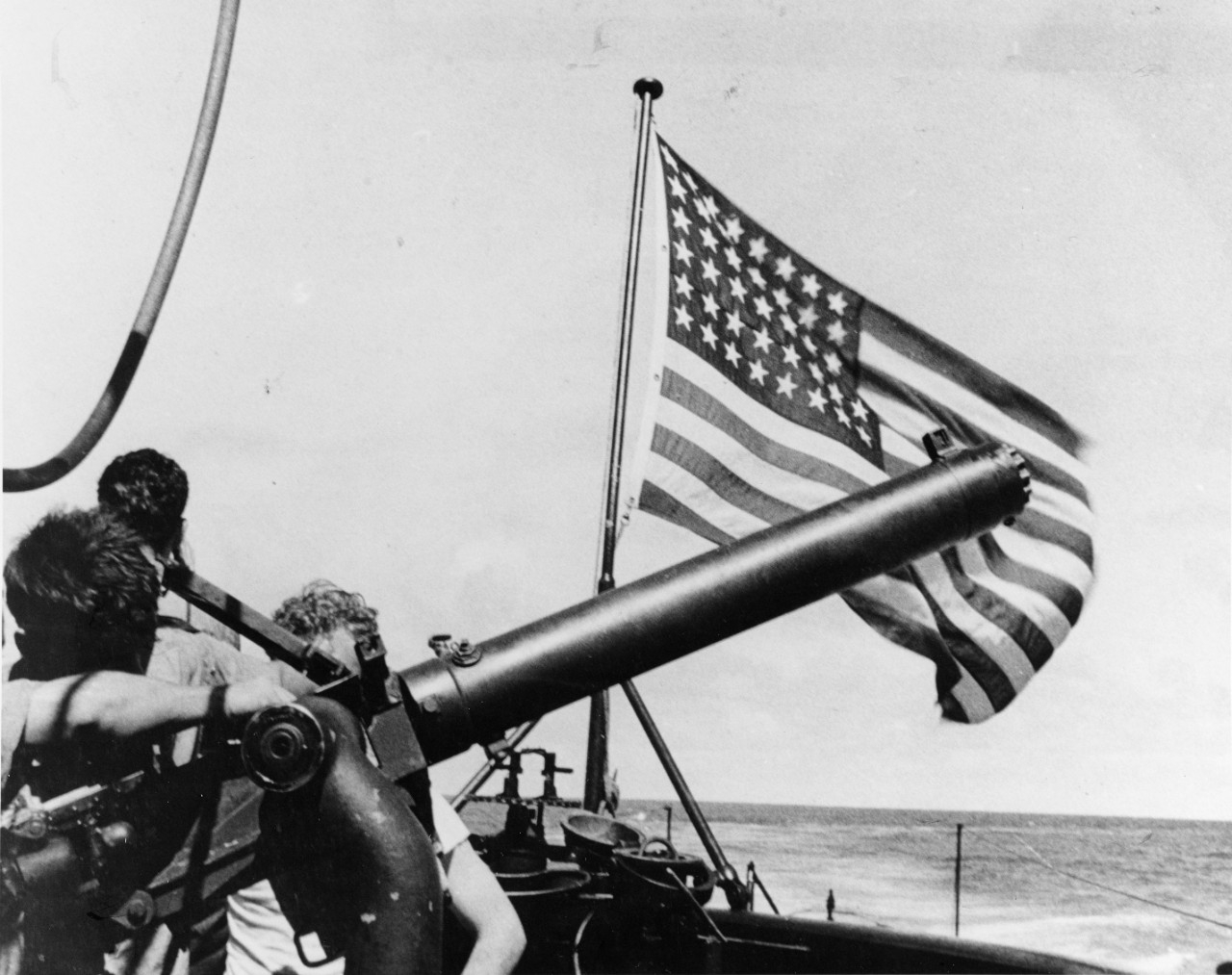 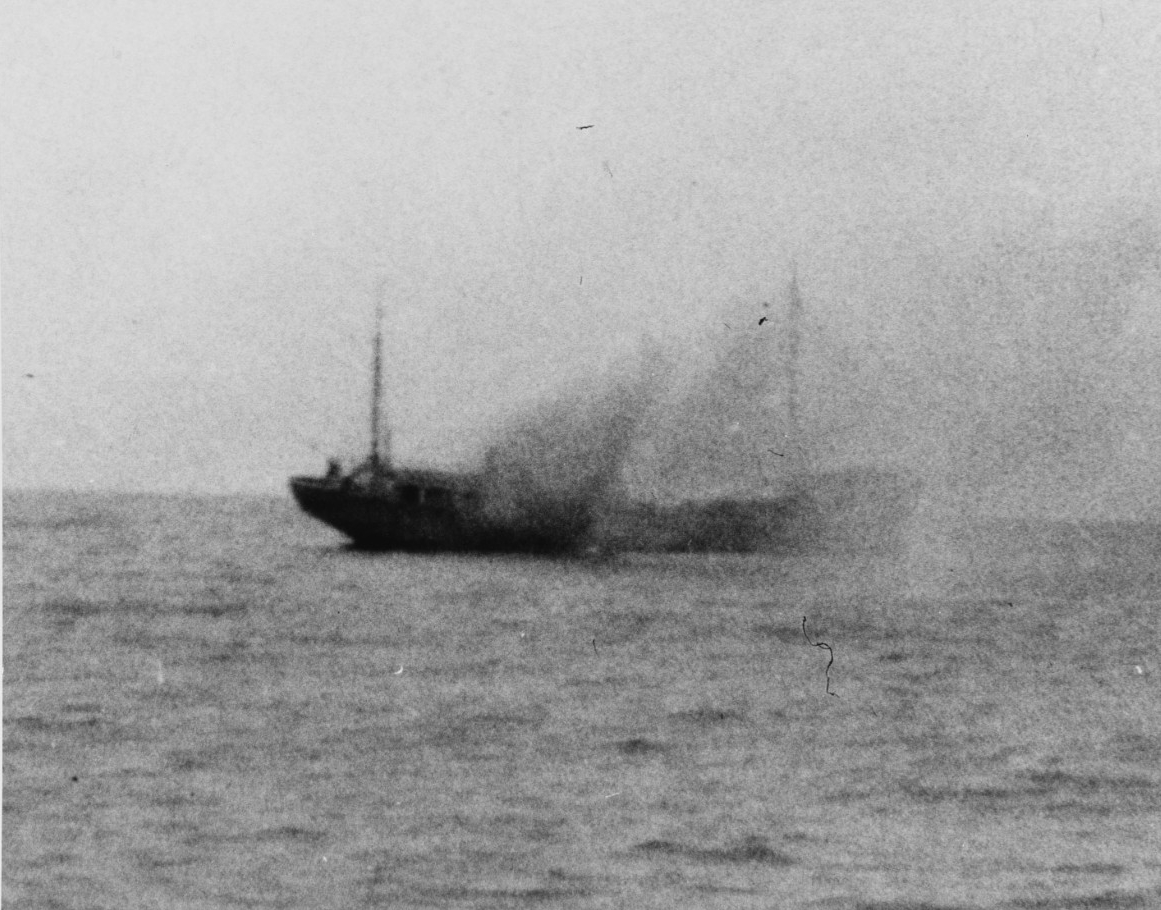 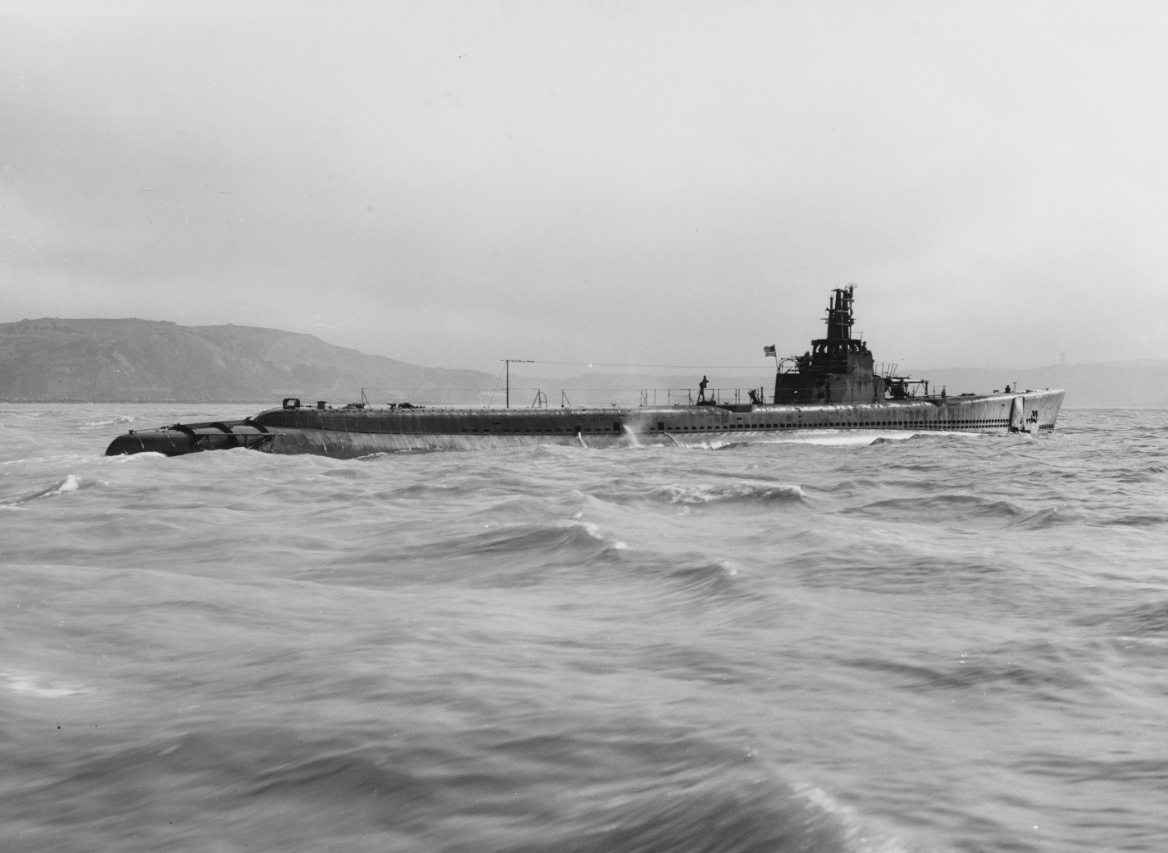 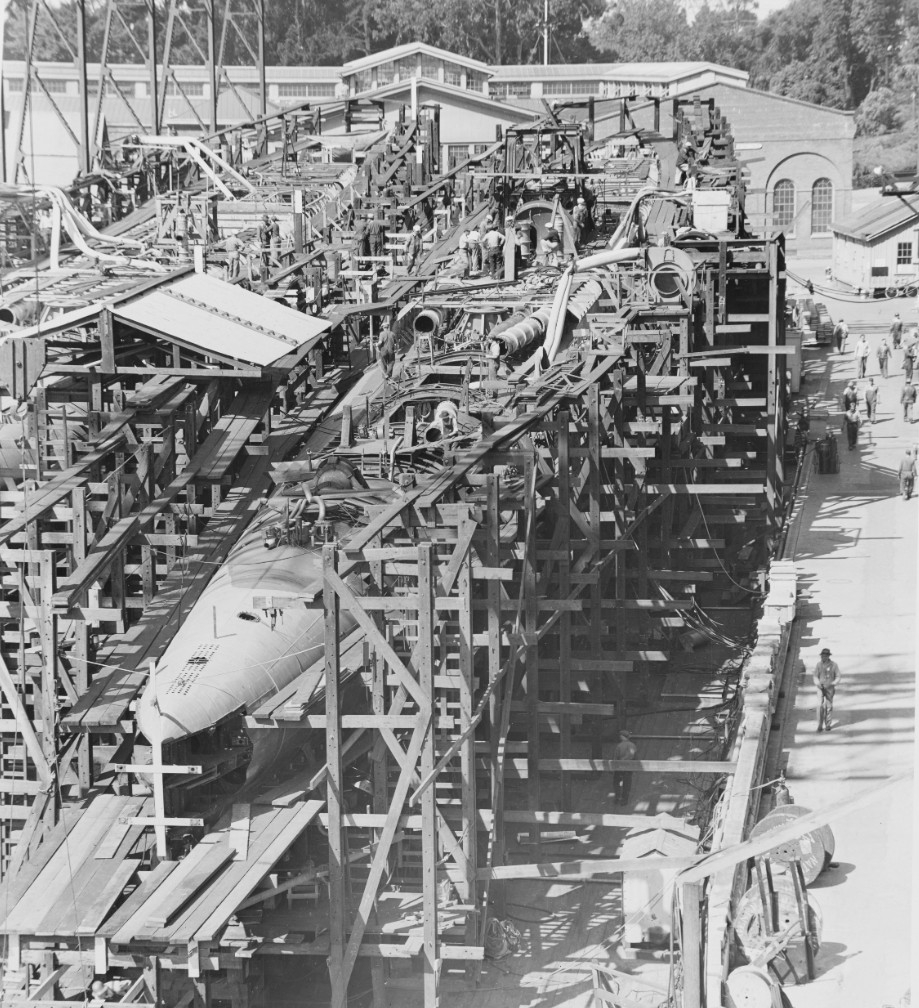 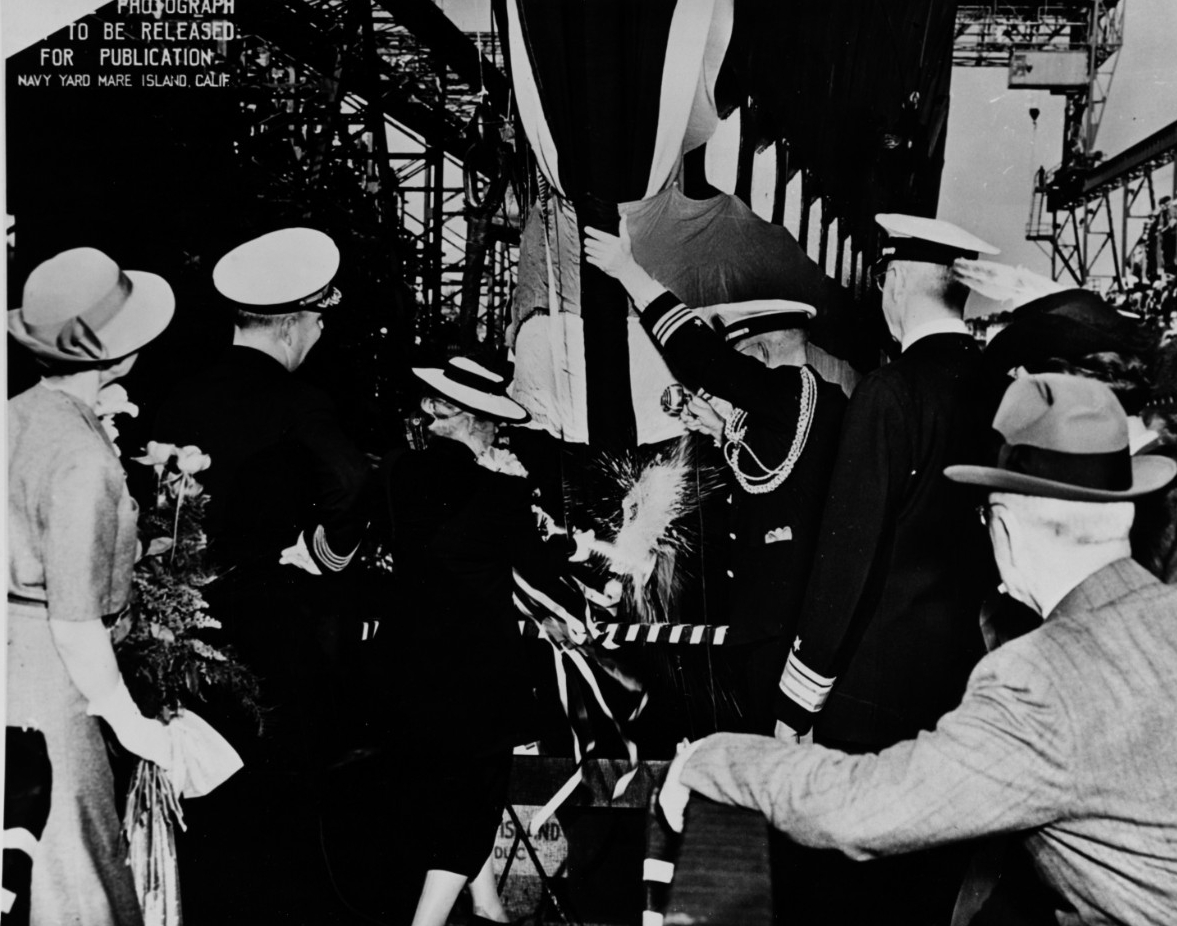 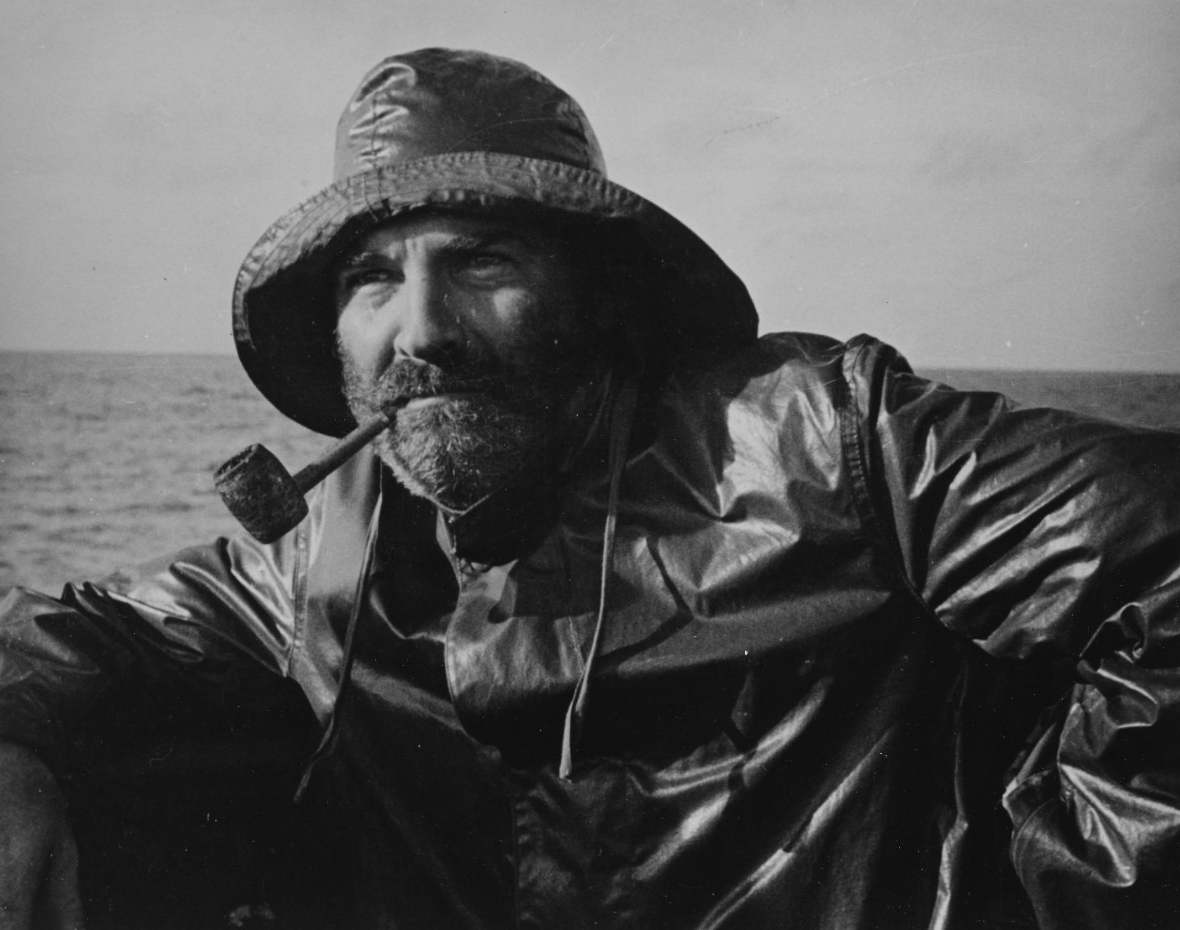 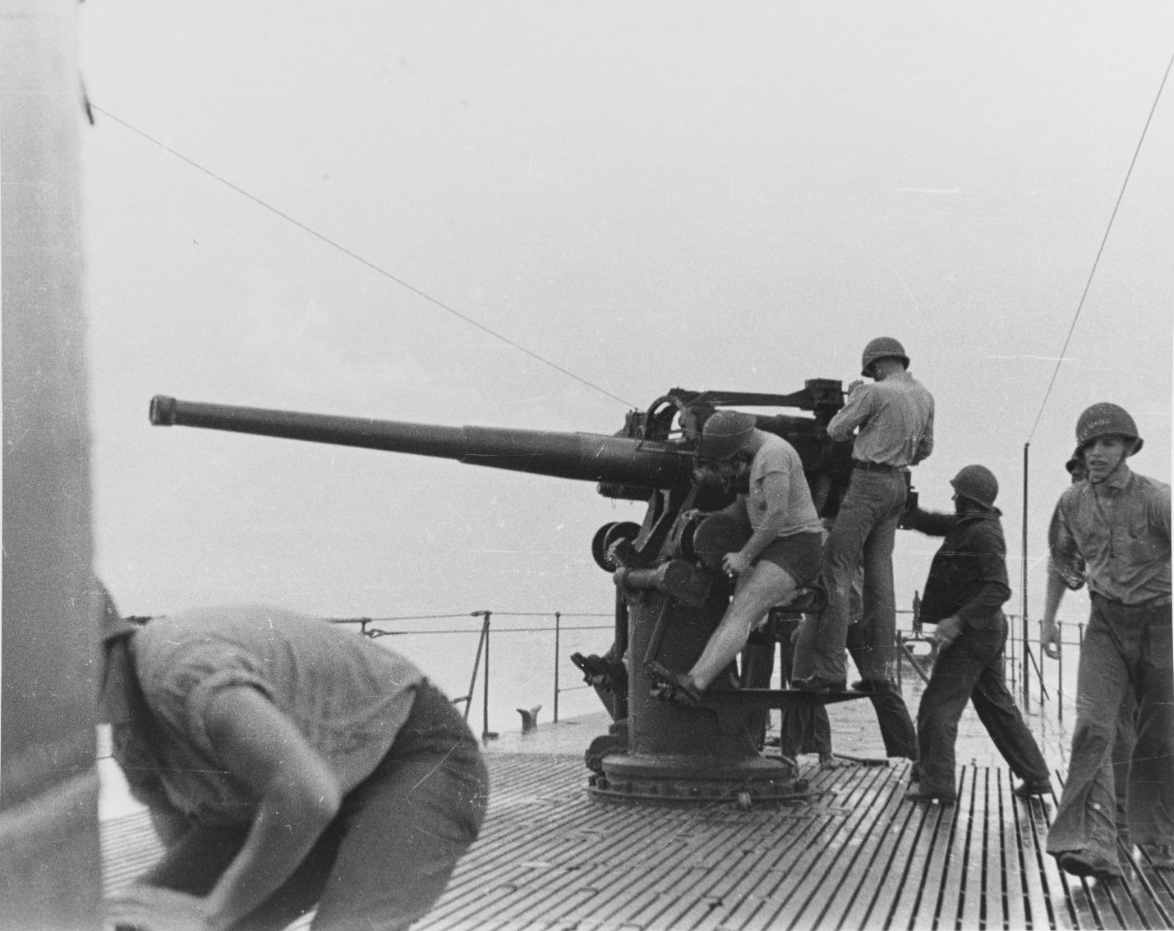 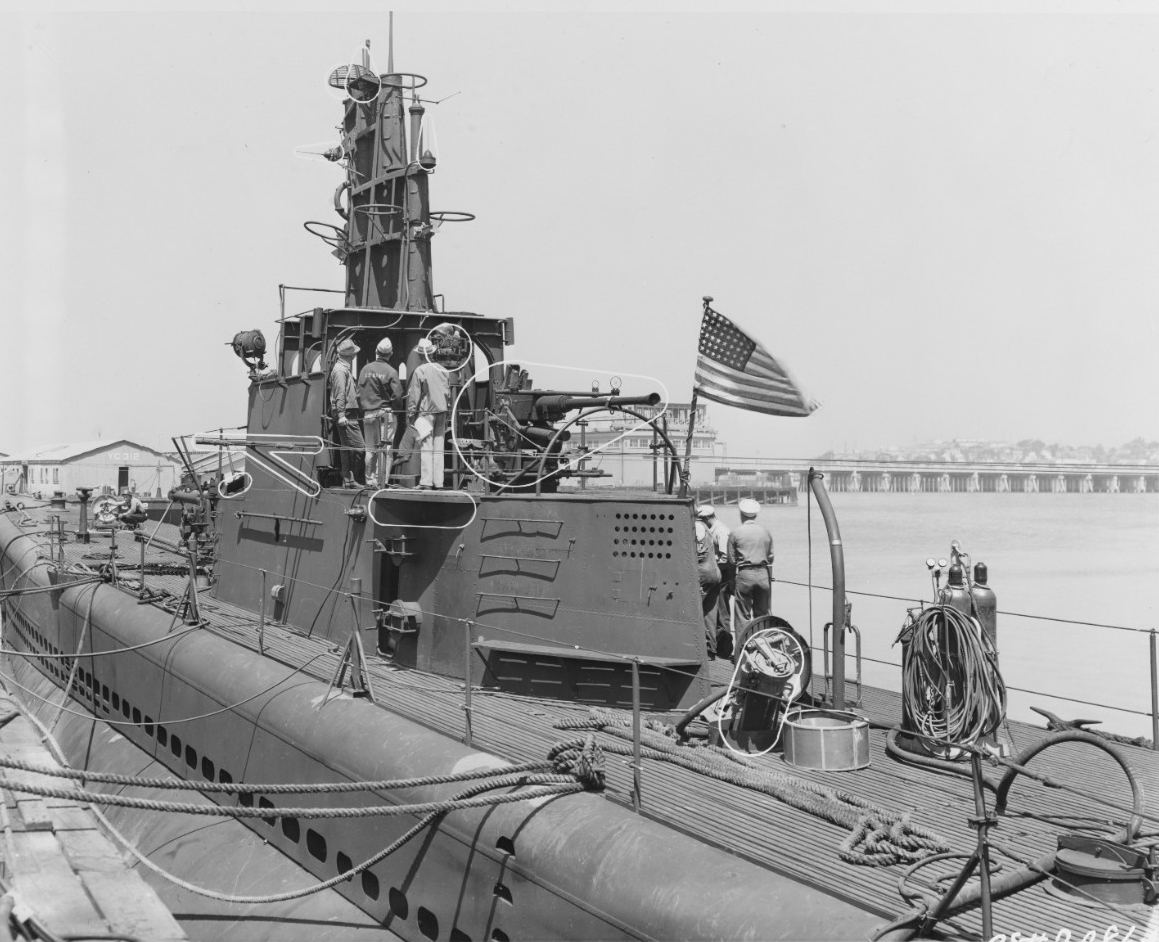 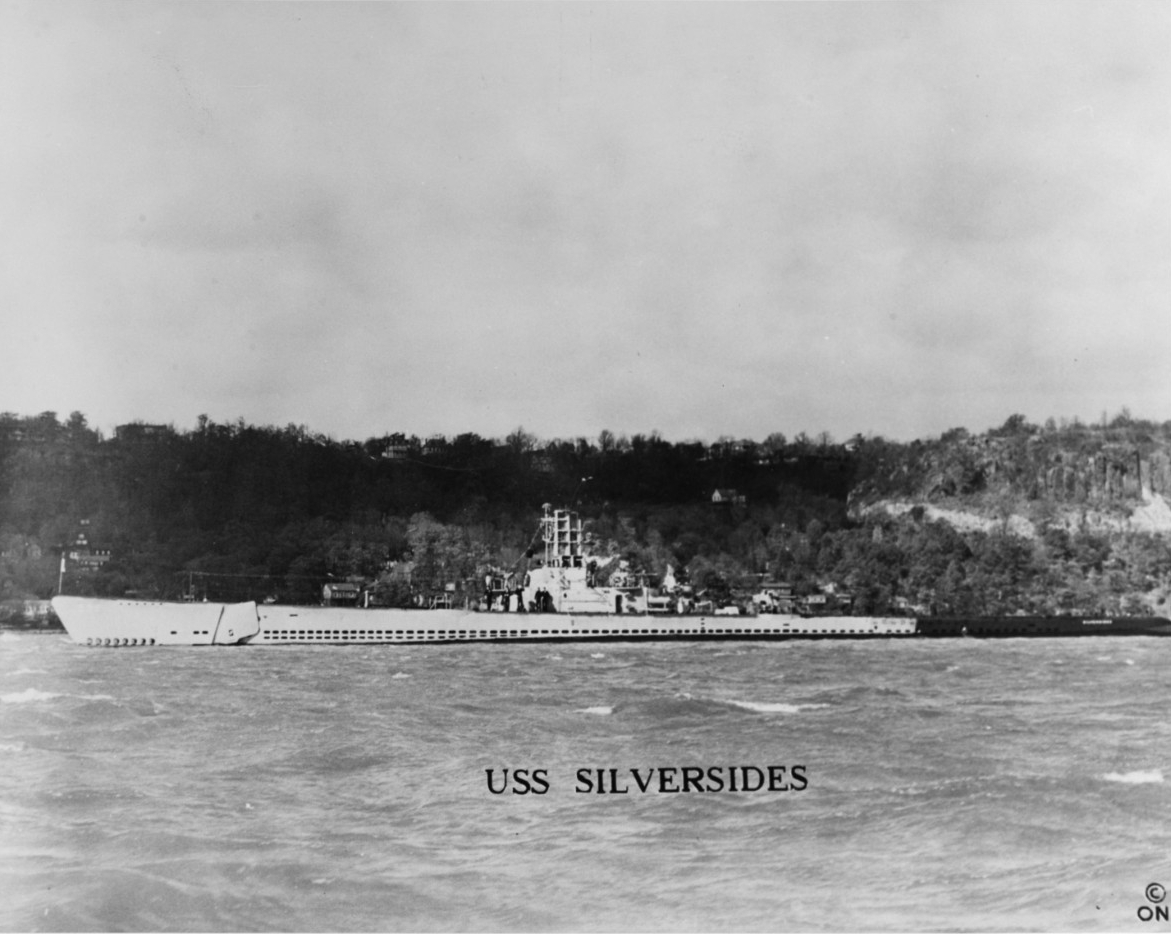