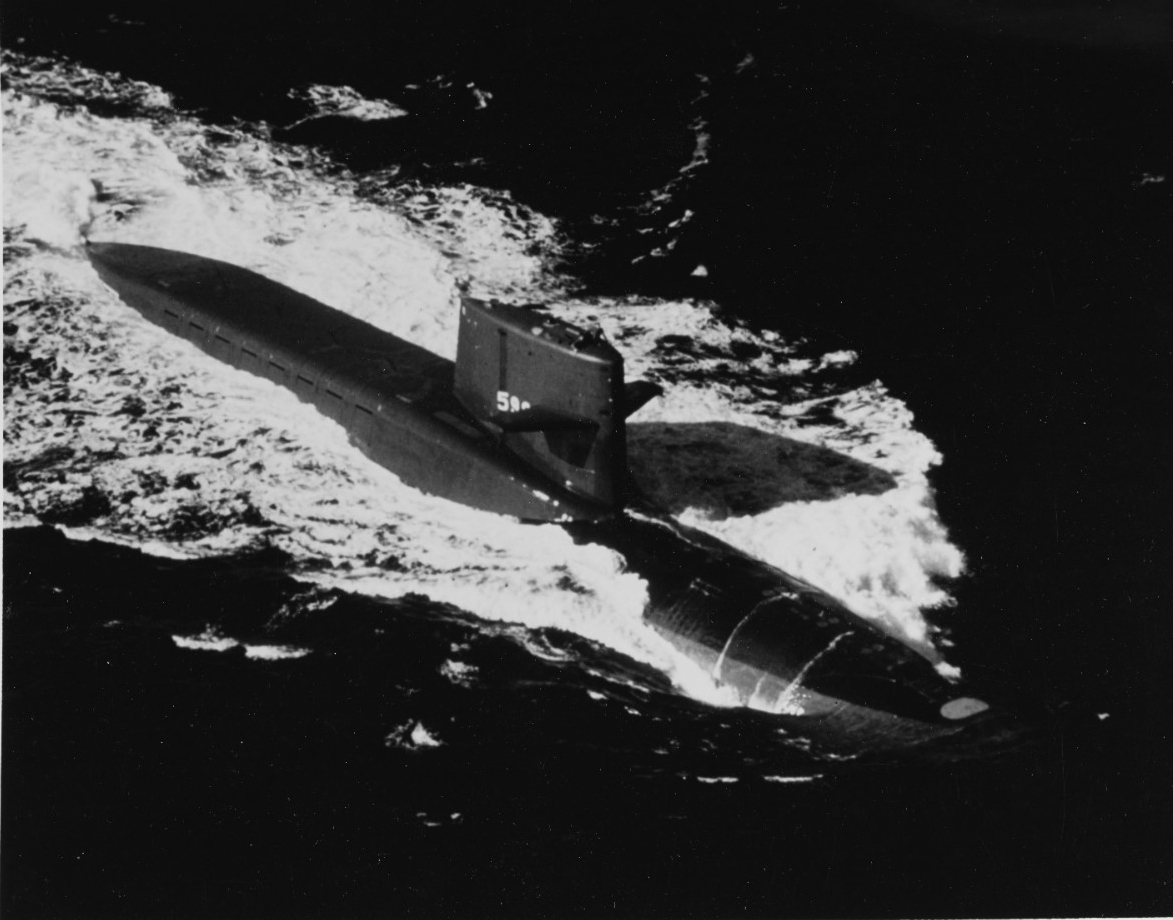 Named in honor of the commander in chief of the Continental Army and the first president of the United States, USS George Washington (SSBN-598) was commissioned 30 December 1959 at Groton, Connecticut, as the first in class of nuclear-powered ballistic missile submarines.

On 28 June 1960, George Washington steamed to Cape Canaveral, Florida, where the boat loaded two propellant Polaris missiles. While standing out in the Atlantic Missile Test Range on 20 July 1960—with head of the Polaris program Rear Admiral William F. Raborn onboard—George Washington made history when she successfully launched the first Polaris from a submerged submarine. At the completion of the successful launch, the boat’s commanding officer, Commander James Osborn, sent President Dwight D. Eisenhower the message, “Polaris from out of the deep to target. Perfect.” About two hours later, the submarine deployed a second Polaris that smashed into an impact area some 1,100 miles downrange.

In 1965, after overhaul, the submarine resumed patrols with the Pacific Fleet, and for nearly 20 years acted as a deterrent to global war embodying her motto, “First in Peace.” George Washington was decommissioned on 24 January 1985, and was later scrapped. The submarine’s sail, or conning tower, was saved and is on display at the Submarine Force Museum in Groton. 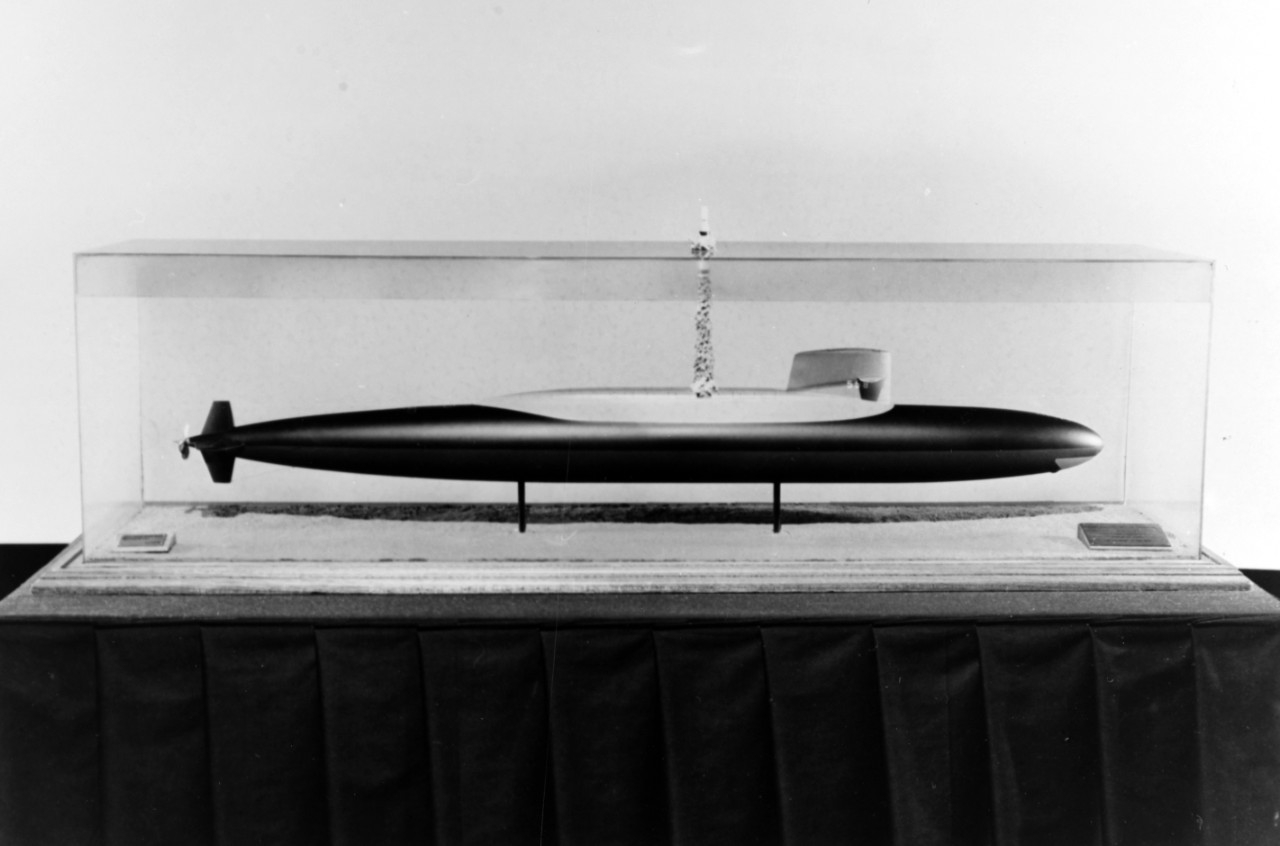 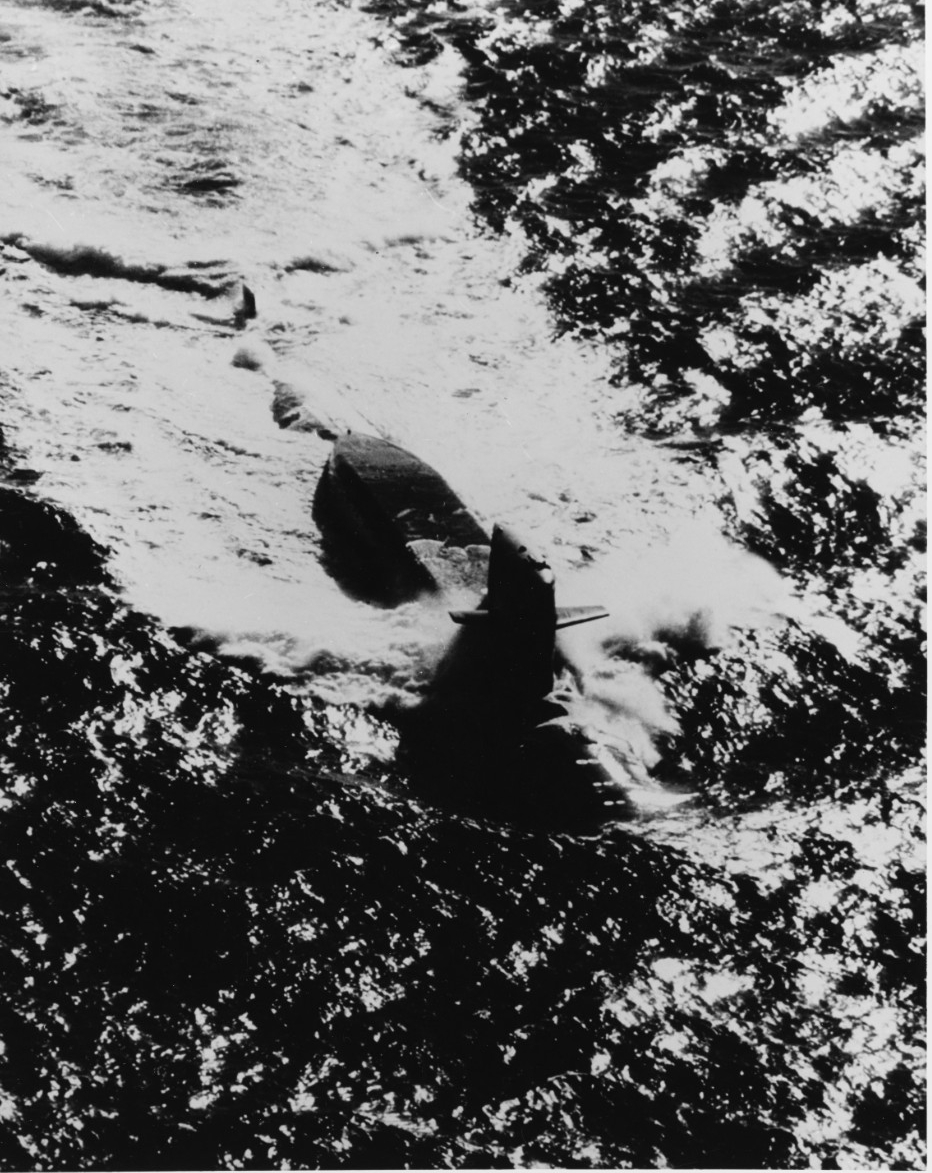 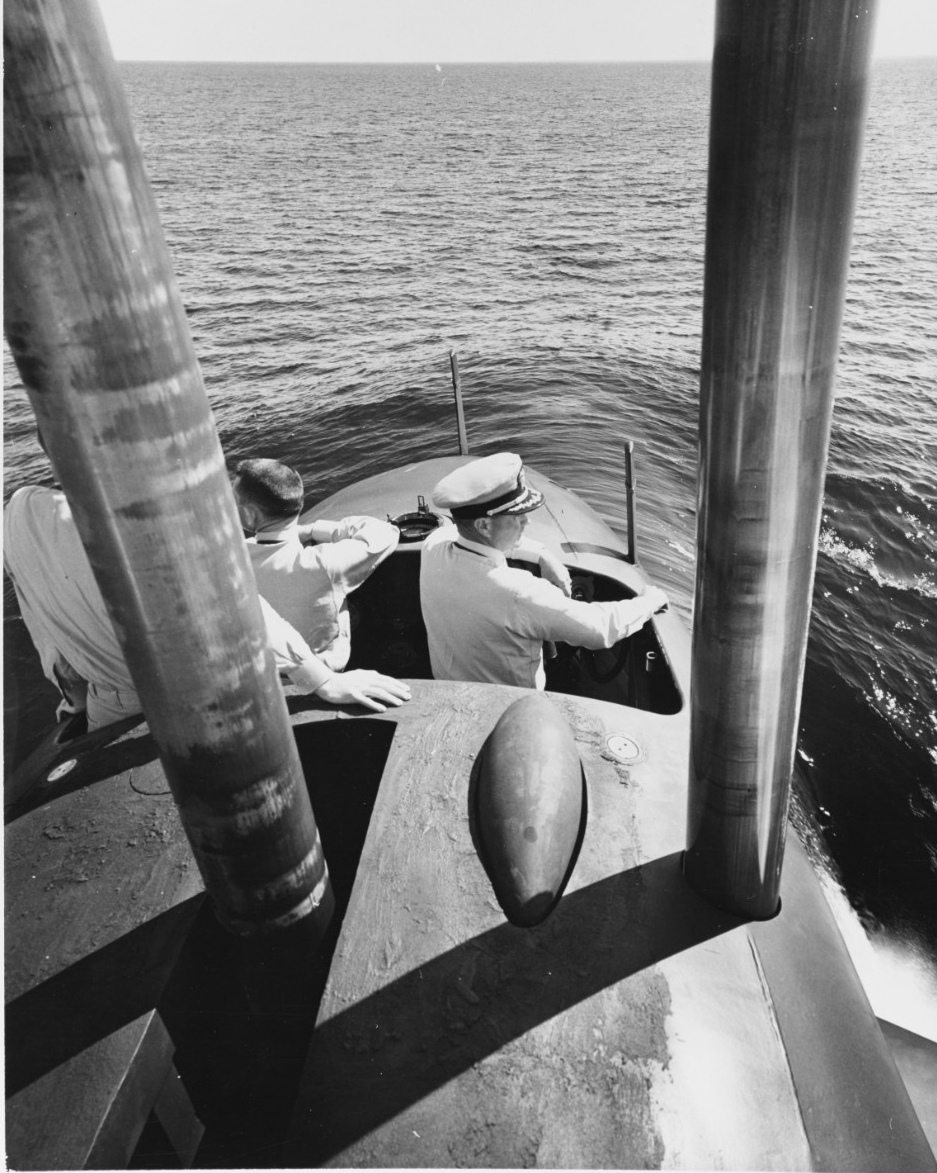 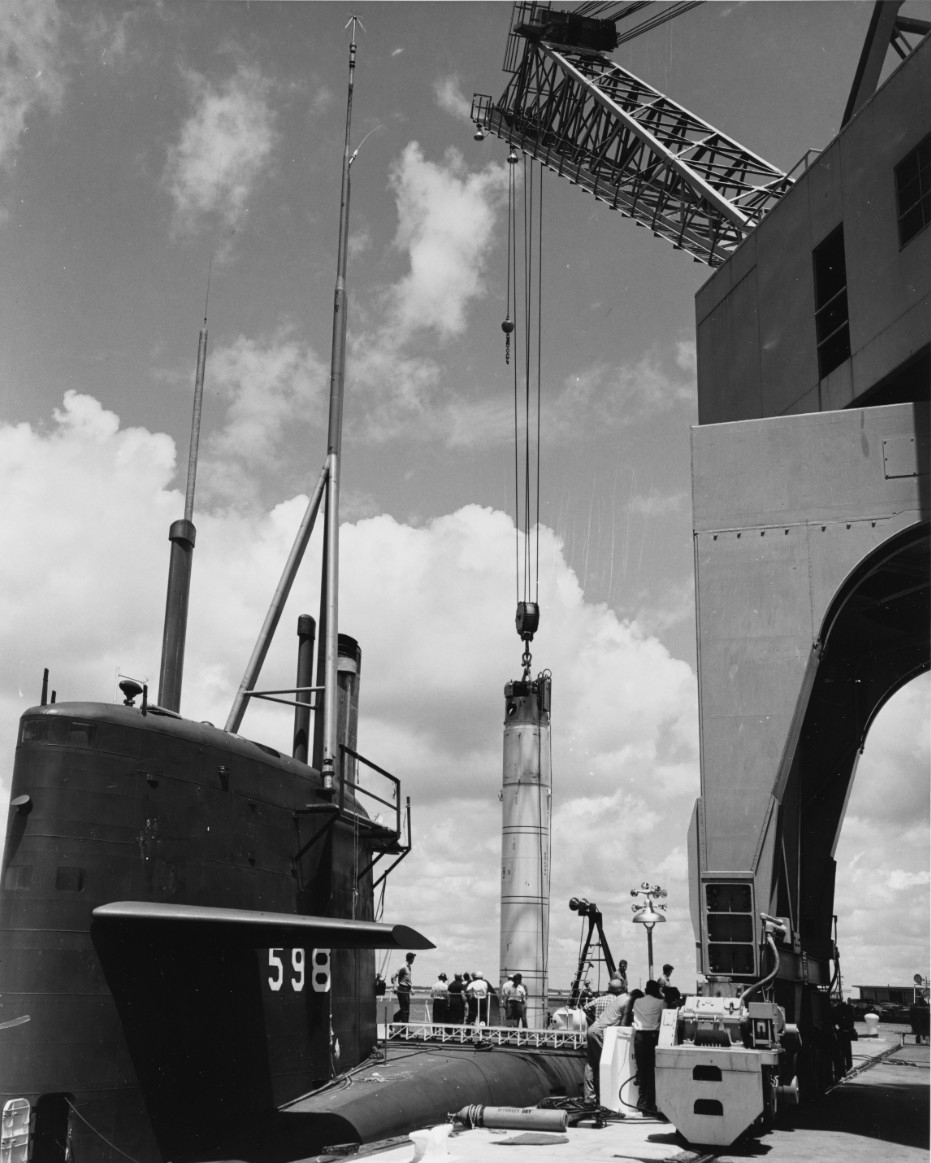 Loading a Polaris missile aboard USS George Washington (SSBN-598) for testing in July 1960. Pictured is the outer fiberglass “sleeve” around the missile. Naval History and Heritage Command photograph, NH 53718. 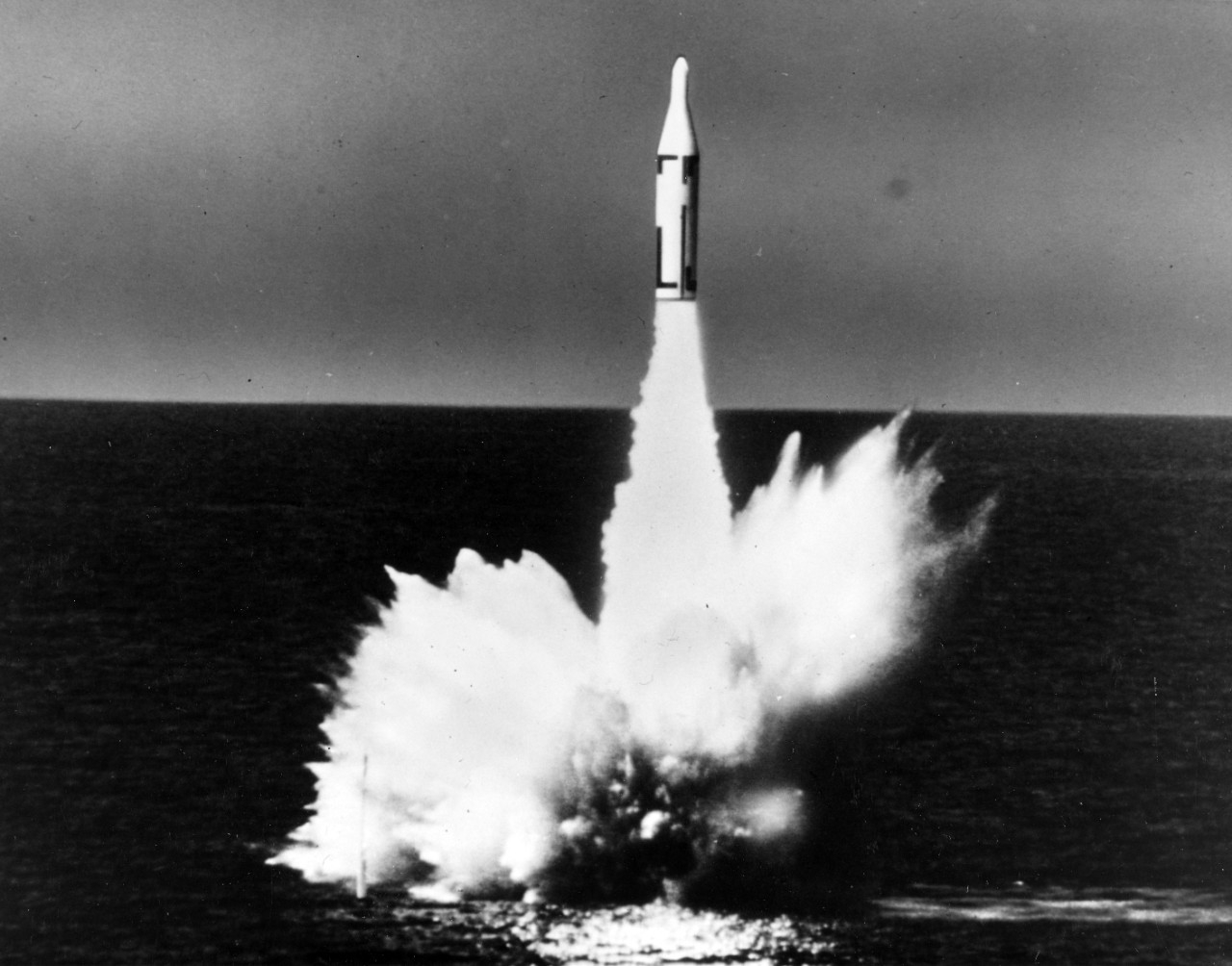 The first firing of a Polaris missile from USS George Washington (SSBN-598) from beneath the surface, July 1960. National Archives photograph, K-25571. 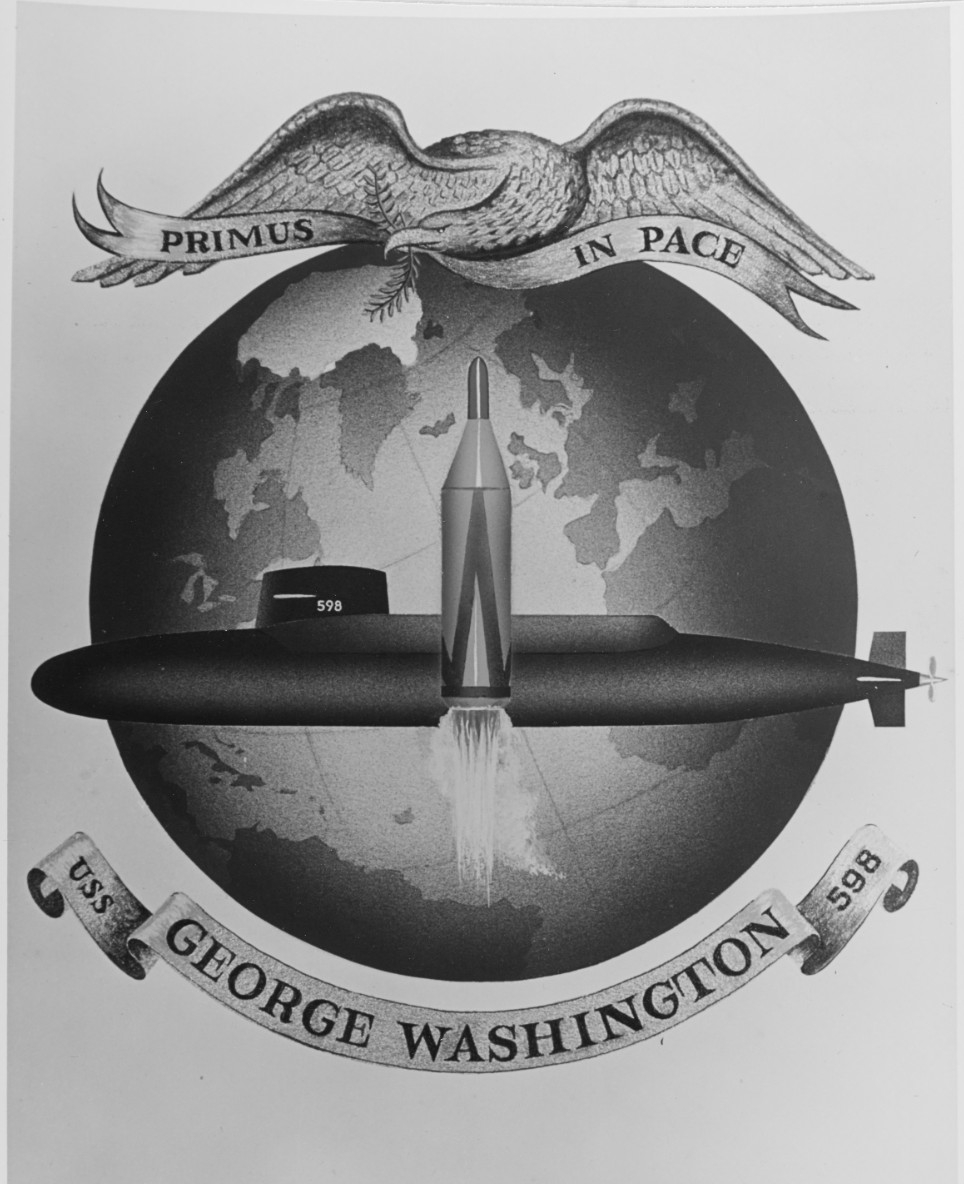 USS George Washington (SSBN-598) insignia. The eagle is symbolic of national prestige and power, and the olive branch symbolizes the deterrent nature of Polaris in preserving the peace. Latin motto translates as “First in Peace,” applies to the first president as well as to the ship, which is the first ship designed as a deterrent force for peace. The globe represents the worldwide significance of the Polaris system and emphasizes the broad ocean areas, which serve as a launching platform for George Washington's missiles. National Archives photograph, K-28354. 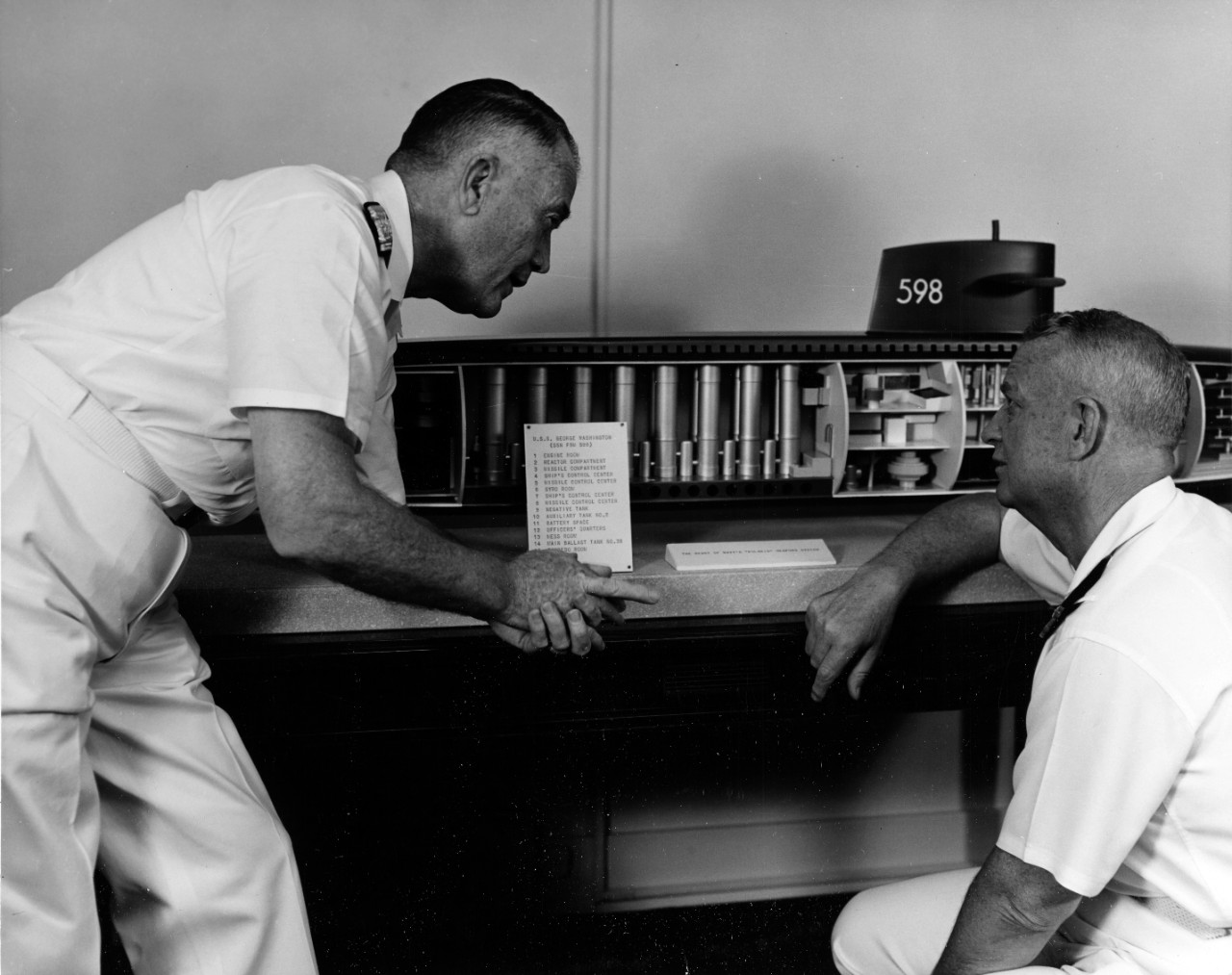 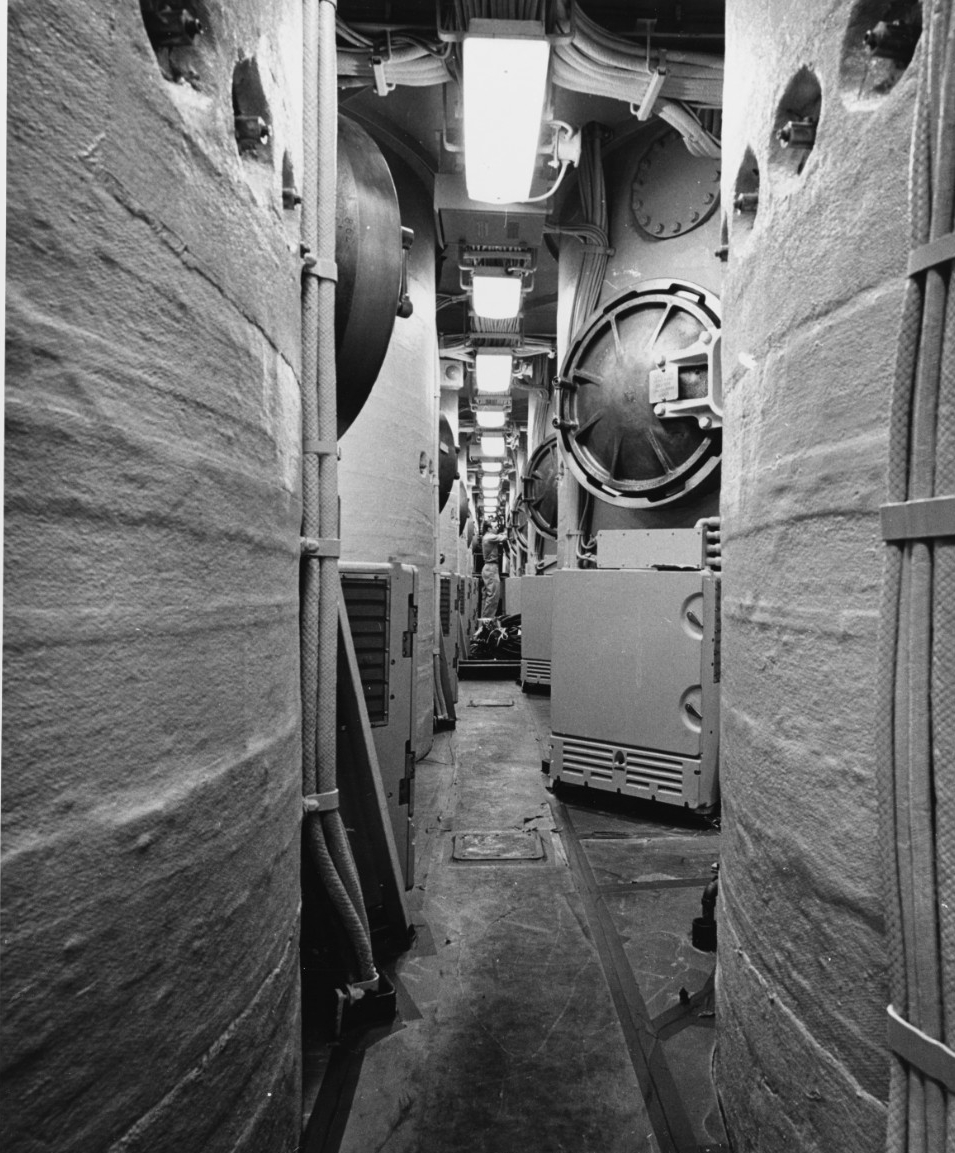 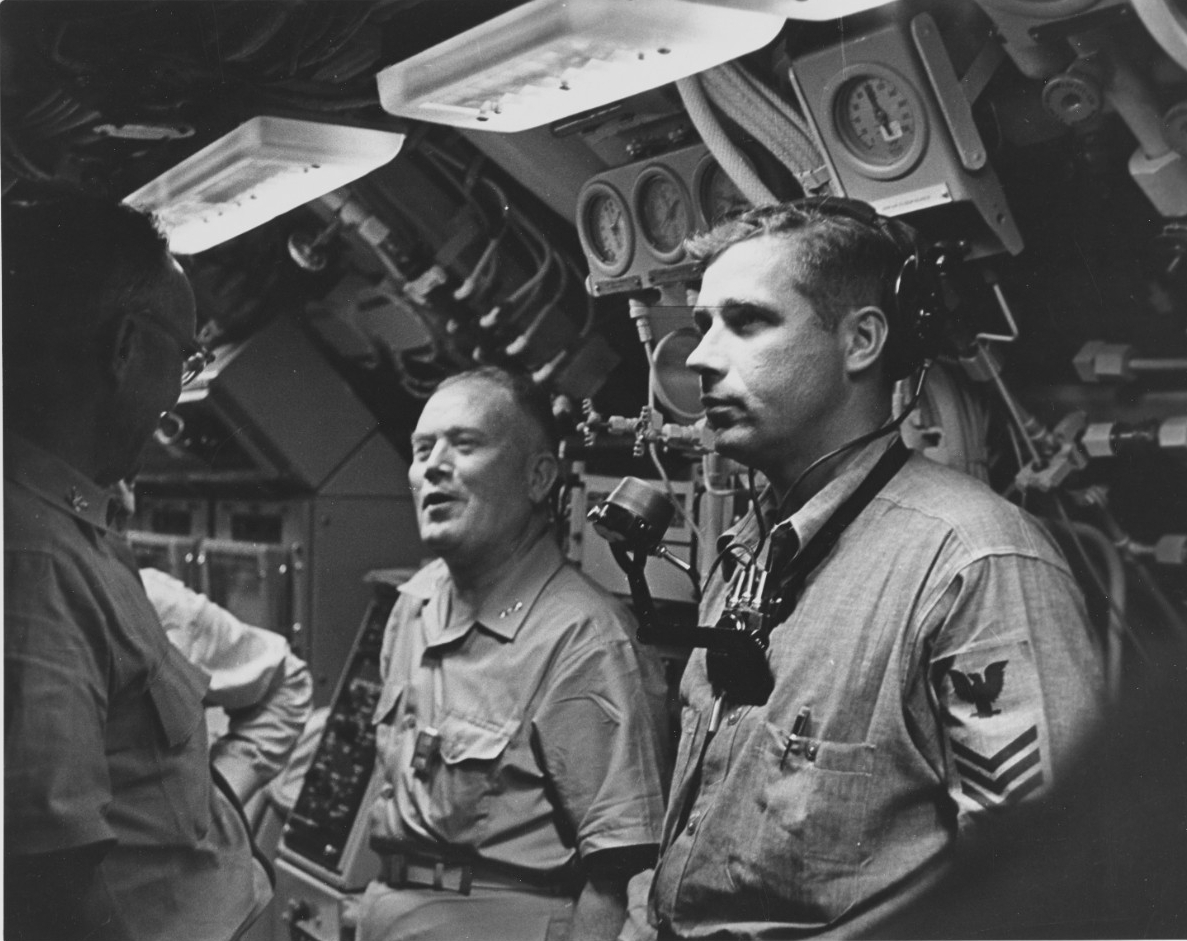