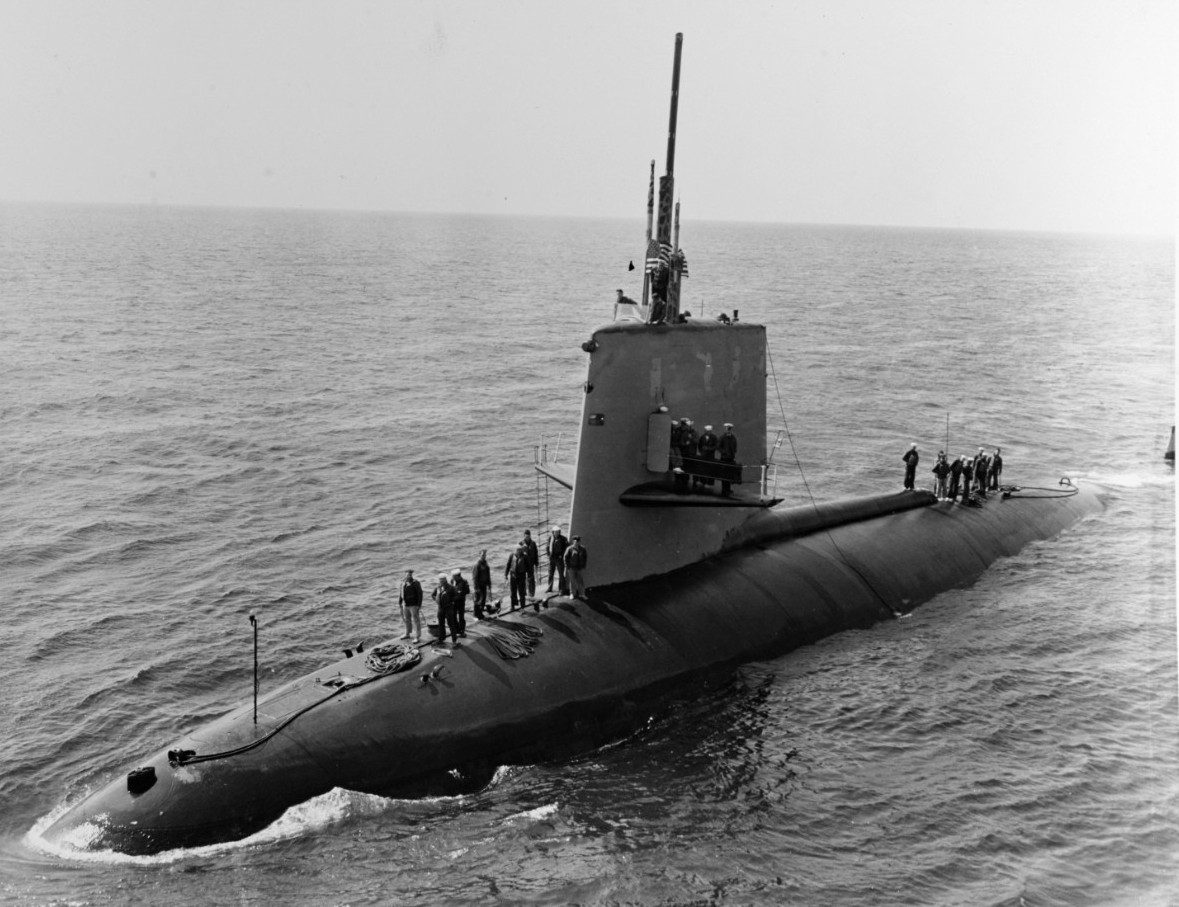 USS Scorpion (SSN-589) Comes alongside USS Tallahatchie County (AVB-2) outside Claywall Harbor, Naples, Italy, 10 April 1968. This photo is one of a series taken by the Tallahatchie County engineering officer, the last known to show Scorpion before the submarine was lost with all hands in May 1968 while returning to the U.S. from this Mediterranean deployment (NH 70305).

Scorpion, a Skipjack-class attack submarine, was laid down on 20 August 1958 by the Electric Boat Division, General Dynamics Corporation, Groton, Connecticut. She was launched on 19 December 1959. Between 1961 and 1968, Scorpion took part in U.S. and NATO operations in the Atlantic and Mediterranean, contributed to the development of nuclear submarine warfare tactics, and deployed for special operations. On 15 February 1968, following an extended overhaul in Norfolk, her homeport, Scorpion again headed for the Mediterranean, where she operated with Sixth Fleet. In May, her deployment ended, the submarine headed west for Norfolk. On 21 May, Scorpion indicated her position to be about 50 miles south of the Azores. Six days later, she was reported overdue. A search was initiated, but, Scorpion and her crew were declared "presumed lost" on 5 June. Her name was struck from the Navy list on 30 June. However, the search continued and, at the end of October, the Navy's oceanographic research ship, Mizar (T-AGOR-11), located sections of Scorpion’s hull in more than 10,000 feet of water about 400 miles southwest of the Azores. Subsequently, the court of inquiry was reconvened and other vessels, including the submersible Trieste (DSV-0) were dispatched to the scene. The Woods Hole Oceanographic Institution’s submersible Alvin surveyed the wreck site in 1986.

This gallery includes images of Scorpion in port Naples, Italy, taken just prior to her final voyage, and of the submarine's wreckage located by Mizar (T-AGOR-11) in October 1968. 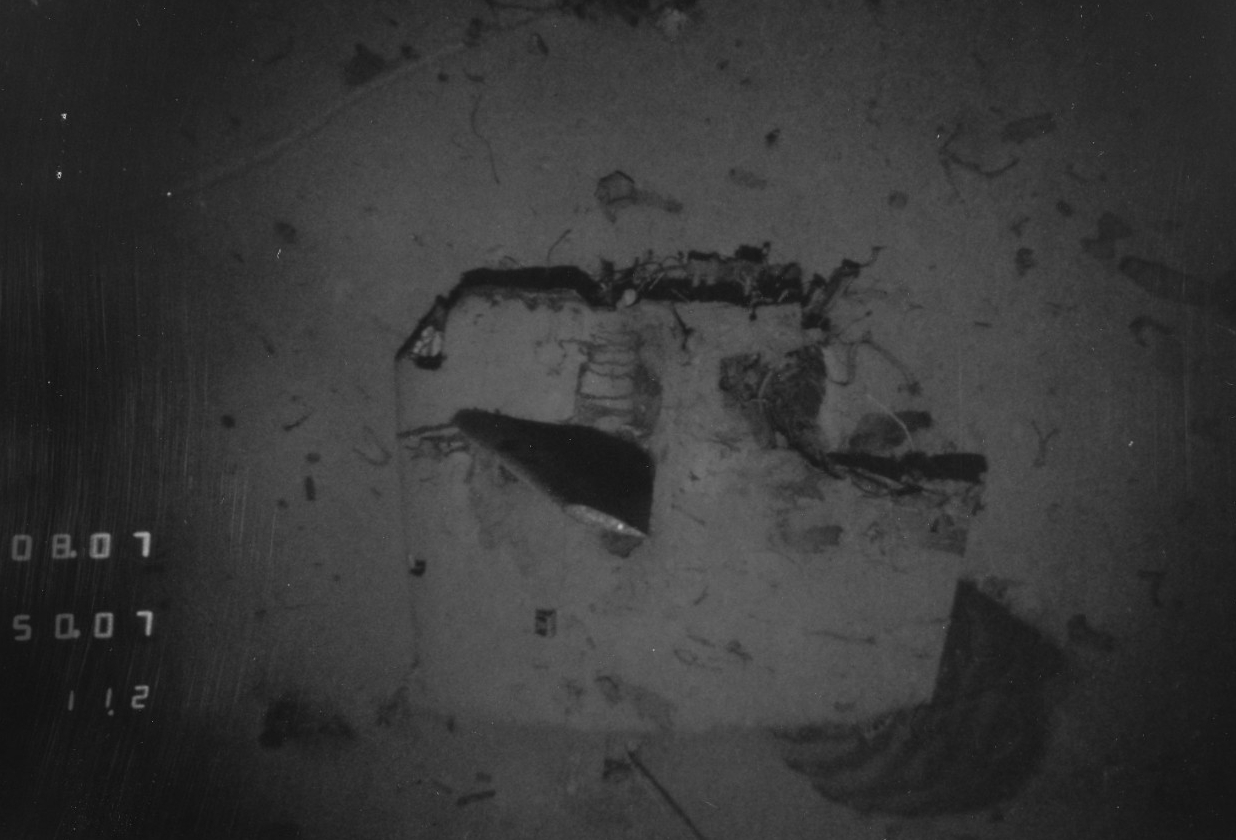 Wreck of USS Scorpion (SSN-589) Atlantic Ocean, depth 10,000 feet, 400 miles southwest of the Azores, August 1986. A view of the detached sail of Scorpion lying on the ocean floor. The starboard fairwater plane is visible protruding from the sail. Masts are visible extending from the top of the sail (located at the lower portion of the photograph). A large segment of the after section of the sail, including the deck access hatch, is missing. Various articles from the operations compartment are scattered in this vicinity. The view was taken by Woods Hole Oceanographic Institution’s submersible Alvin (NH 97223-KN).