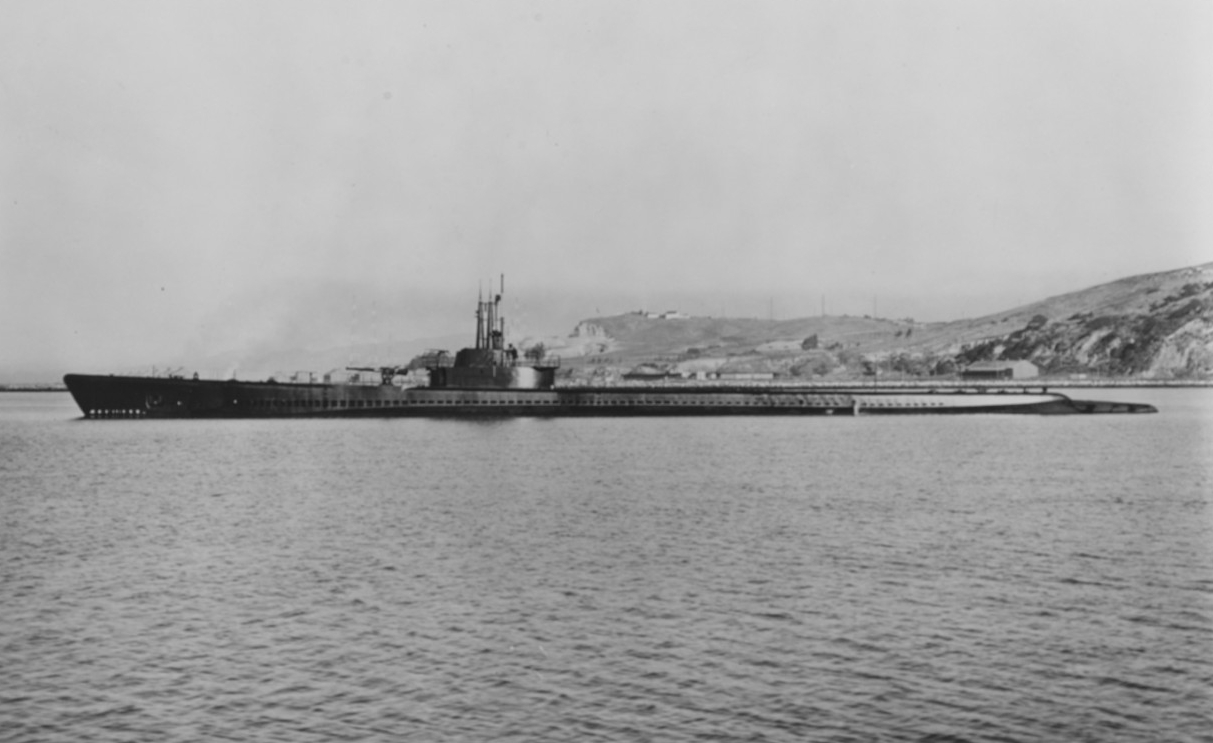 USS Tang (SS-306) was commissioned on 15 October 1943 at the Mare Island Navy Yard with Lieutenant Commander Richard H. O’Kane in command. On the boat's first war patrol, which began 22 January 1944, she was credited with sinking five enemy ships scoring hits on 16 of the submarine's 24 deployed torpedoes. On Tang’s second war patrol, the boat did not have any contact with enemy vessels, but while on lifeguard duty near Truk, rescued 22 downed aviators.

Her third war patrol was one of the most devastating American submarine deployments carried out against Japanese shipping during World War II. In one day, on 24 June 1944, Tang was credited with sinking Japanese vessels Tamahoko Maru, Tainan Maru, Nasusan Maru, and Kennichi Maru. Over the course of the war patrol, she sank 39,160 tons of enemy shipping.Tang’s fourth war patrol was conducted in Japanese home waters off the coast of Honshu. On 11 August, Tang located two enemy freighters and two escorts. The submarine launched three torpedoes at the larger freighter and two at another ship. The larger freighter exploded after one of the torpedoes hit her boilers. After launching the attack, Tang went deep, and after 38 minutes of depth charges, resurfaced to periscope level. Two escorts were in sight, one was rescuing survivors. On 14 August, Tang sank a Japanese patrol yacht and eight days later sank a 225-foot patrol boat. On 23 August, Tang spotted a large enemy ship on which Japanese in white uniforms could be seen on its superstructure and bridge. Tang fired three torpedoes at the ship scoring hits on two of the torpedoes. The hits sent the 8,135-ton transport Tsukushi Maru to its watery grave. The submarine concluded the war patrol two days later sinking an enemy tanker and an escort.

After refit and overhaul at Pearl Harbor, Hawaii, Tang headed out for her fifth and final war patrol. On the night of 10–11 October, the boat sank cargo ships Joshu Go and Oita Maru, and then on the evening of 23–24 October, Tang made contact with a large Leyte-bound convoy consisting of three tankers, a transport, a freighter, and numerous escorts. Tang broke into the formation firing a barrage of torpedoes. Soon the targets were either on fire or sinking. As Tang prepared to fire at a tanker, a transport was spotted bearing down on her in an attempt to ram the submarine. Tang had no room to dive, so she whipped around causing the transport to swing to avoid hitting another tanker that was also trying to ram Tang, but the enemy vessels collided. Shortly thereafter, Tang fired four torpedoes into the tanker sending it to the ocean's floor. With escorts and a destroyer closing in, the submarine made way to the open ocean. When Tang was about 6,000 yards from the convoy, another huge explosion occurred sending yet another enemy vessel below the waves.

The following morning, Tang began patrolling at periscope level heading for Turnabout Island. Upon approaching the island, the ship’s radar identified a multitude of blips representing a massive enemy convoy. Tang chose its first targets—a large three-deck transport, a smaller transport, and a large tanker—then fired torpedoes at each target. She then launched more torpedoes at another transport and tanker. As Tang tried to escape the subsequent enemy gunfire, an enemy destroyer headed for the submarine. The tanker blew up and the transport was hit. A few seconds later, the destroyer that was pursuing Tang blew up as well either from friendly fire or from one of the submarine's torpedoes. With its last two torpedoes, Tang made way to the stricken transport to finish it off. The first deployed torpedo was observed heading straight for the transport, but the second surfaced and curved to the left in a circular run heading straight for Tang. The submarine fishtailed in an attempt to avoid the rogue torpedo, but 20 seconds later, it hit Tang’s torpedo room sinking the boat. Only nine of the crew, including the commanding officer, survived the incident. A Japanese destroyer picked up Tang’s survivors the next morning. They spent the remainder of the war in prison camps. 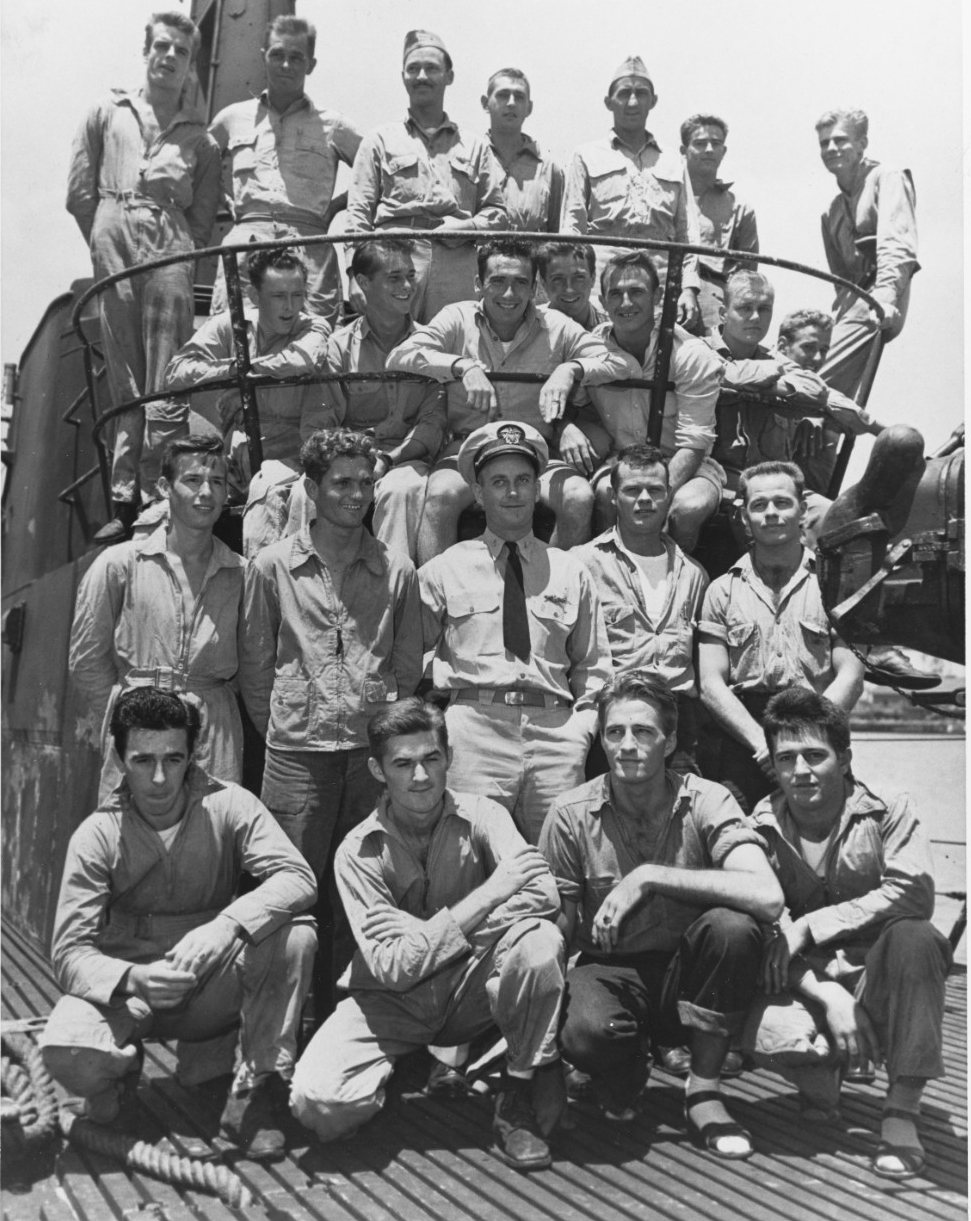 USS Tang’s commanding officer, Lieutenant Commander Richard H. O'Kane (center), poses with the 22 aircrewmen that Tang rescued off Truk during the carrier air raids there on 29 April–1 May 1944. The photograph was taken upon Tang's return to Pearl Harbor, Hawaii, from her second war patrol in May 1944. Official U.S. Navy photograph now in the collections of the National Archives (80-G-227987). 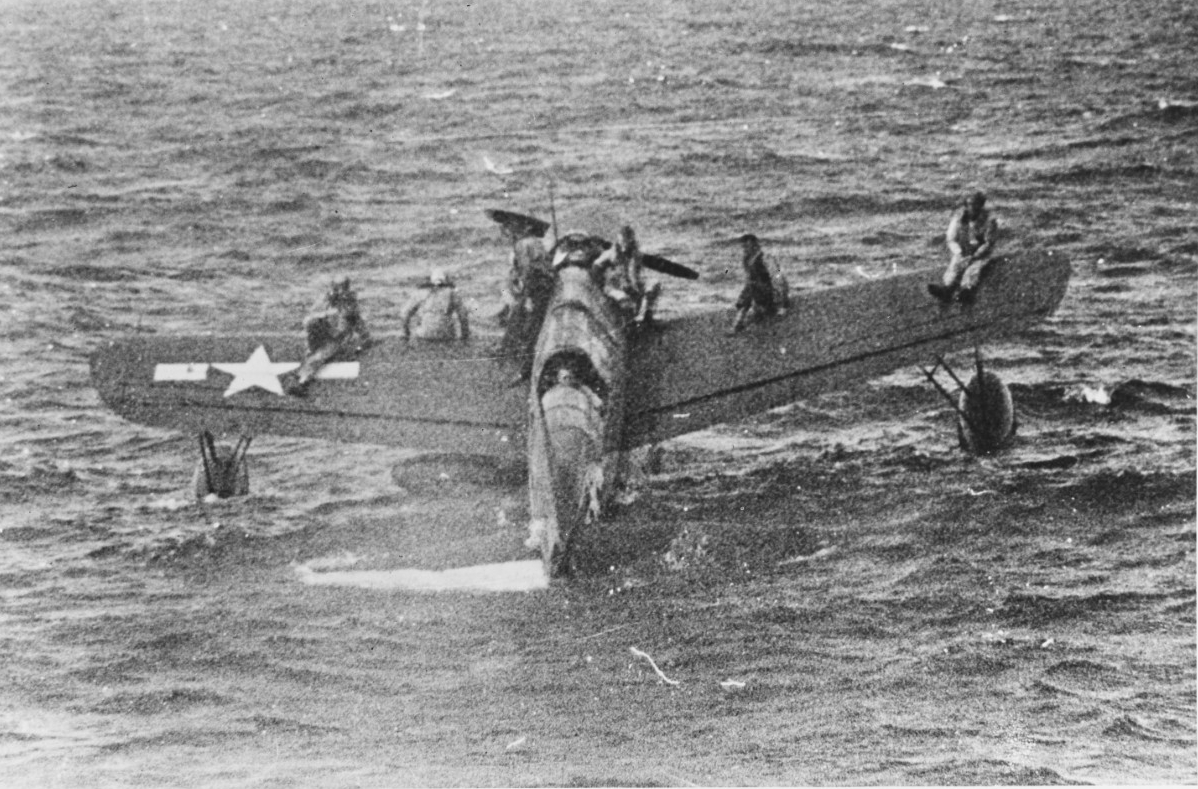 Vought OS2U Kingfisher floatplane, from USS North Carolina (BB-55), off Truk with nine aviators on board awaiting rescue by USS Tang (SS-306), 1 May 1944. The plane had landed inside Truk lagoon to recover downed airmen. Unable to take off with such a load, it then taxied out to Tang, which was serving as lifeguard submarine during the 29 April–1 May carrier strikes on Truk. Official U.S. Navy photograph now in the collections of the National Archives. (80-G-227991) 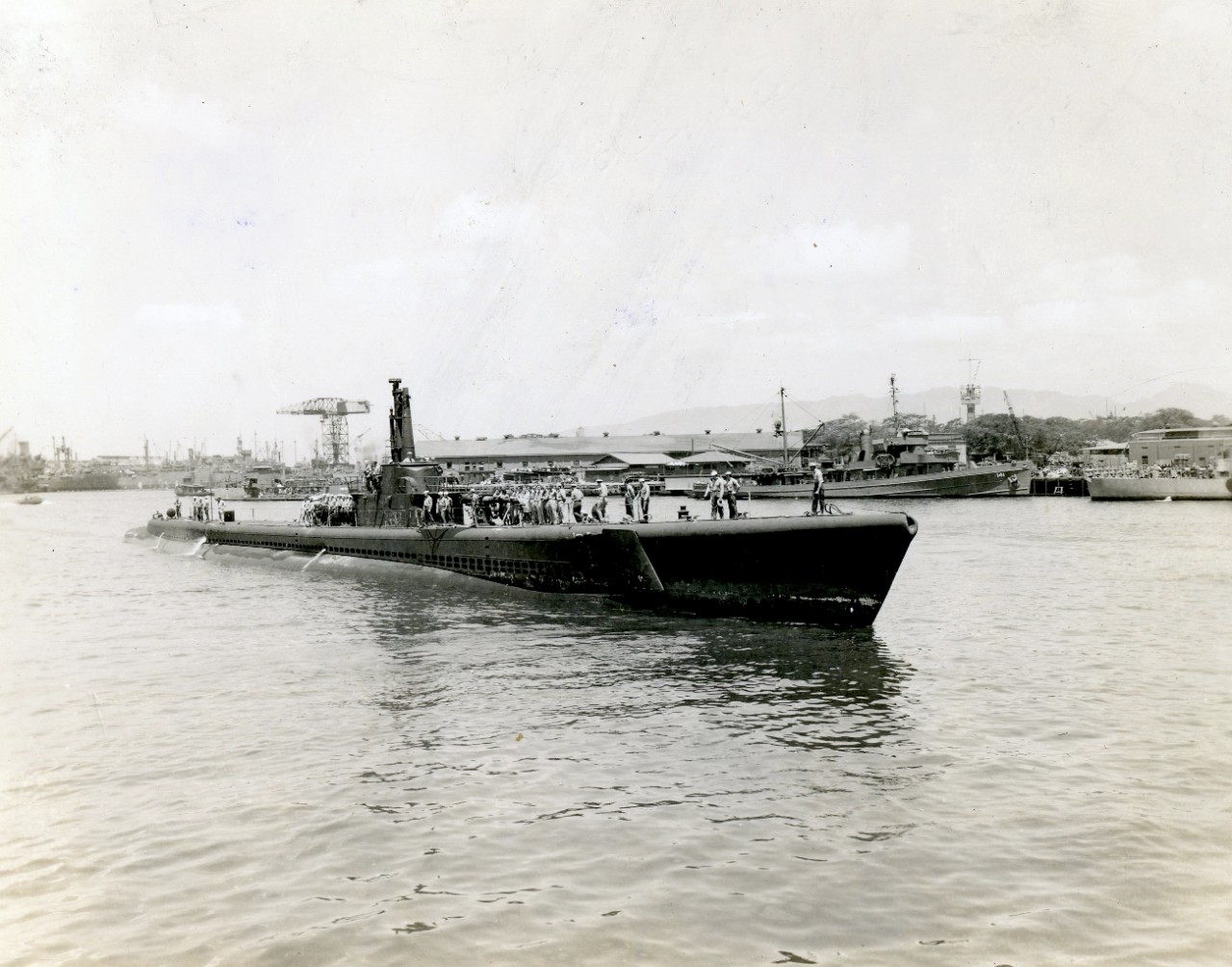 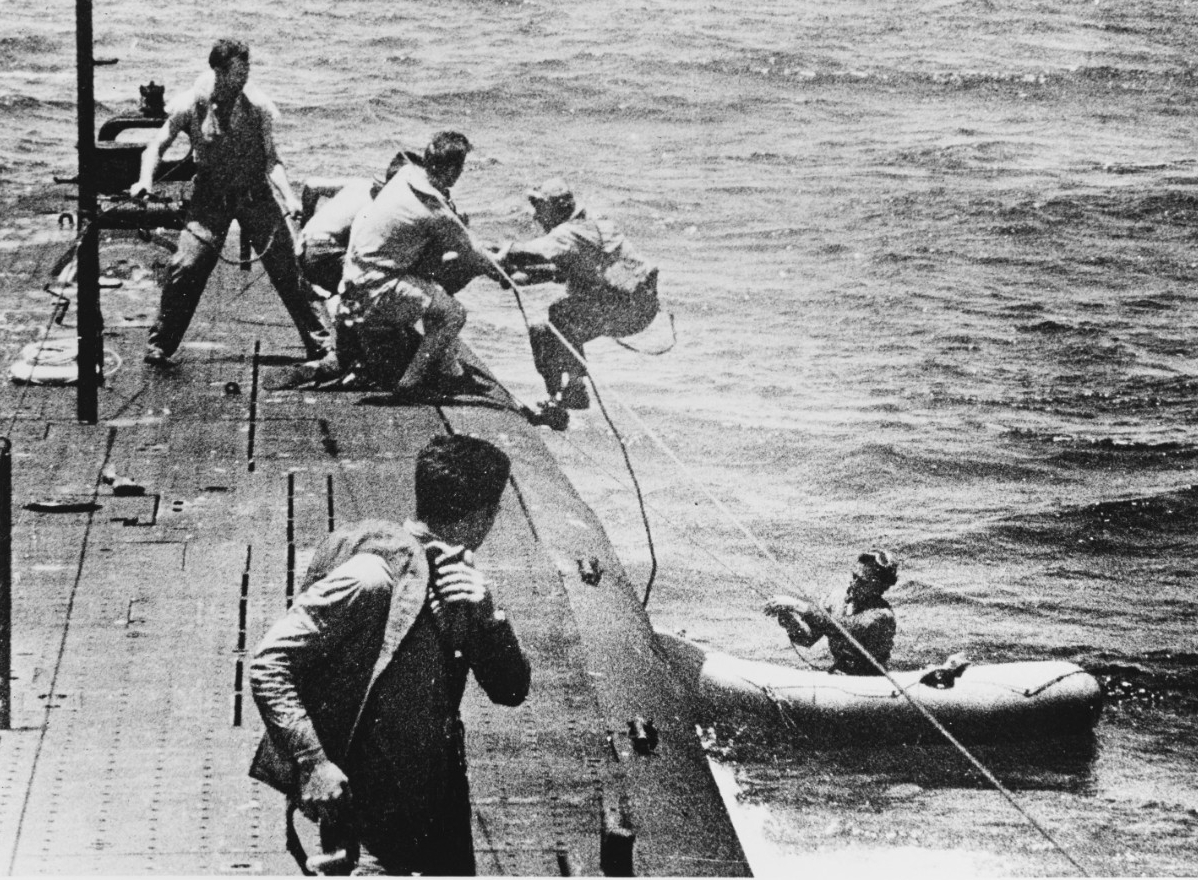 USS Tang (SS-306) takes aboard aircrewmen of downed aircraft and of a USS North Carolina (BB-55) OS2U floatplane that had landed to rescue them off Truk, 1 May 1944. Tang was serving as lifeguard submarine during the 29 April–1 May carrier strikes on Truk. Official U.S. Navy photograph now in the collections of the National Archives (80-G-227989). 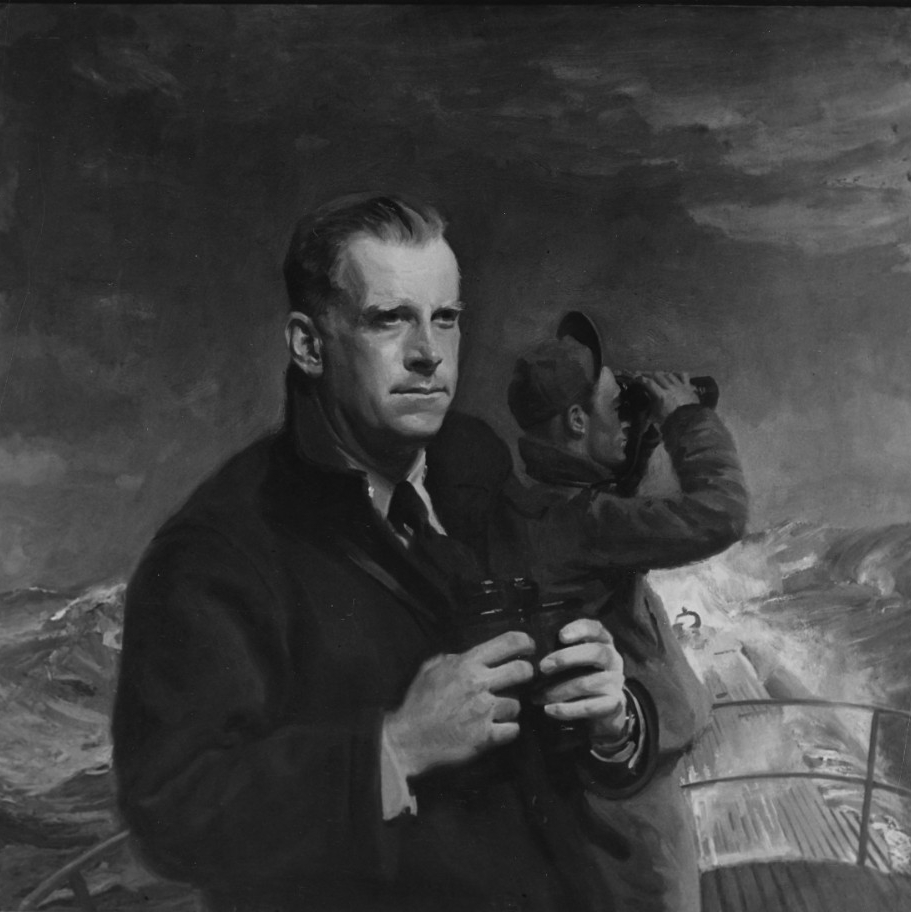 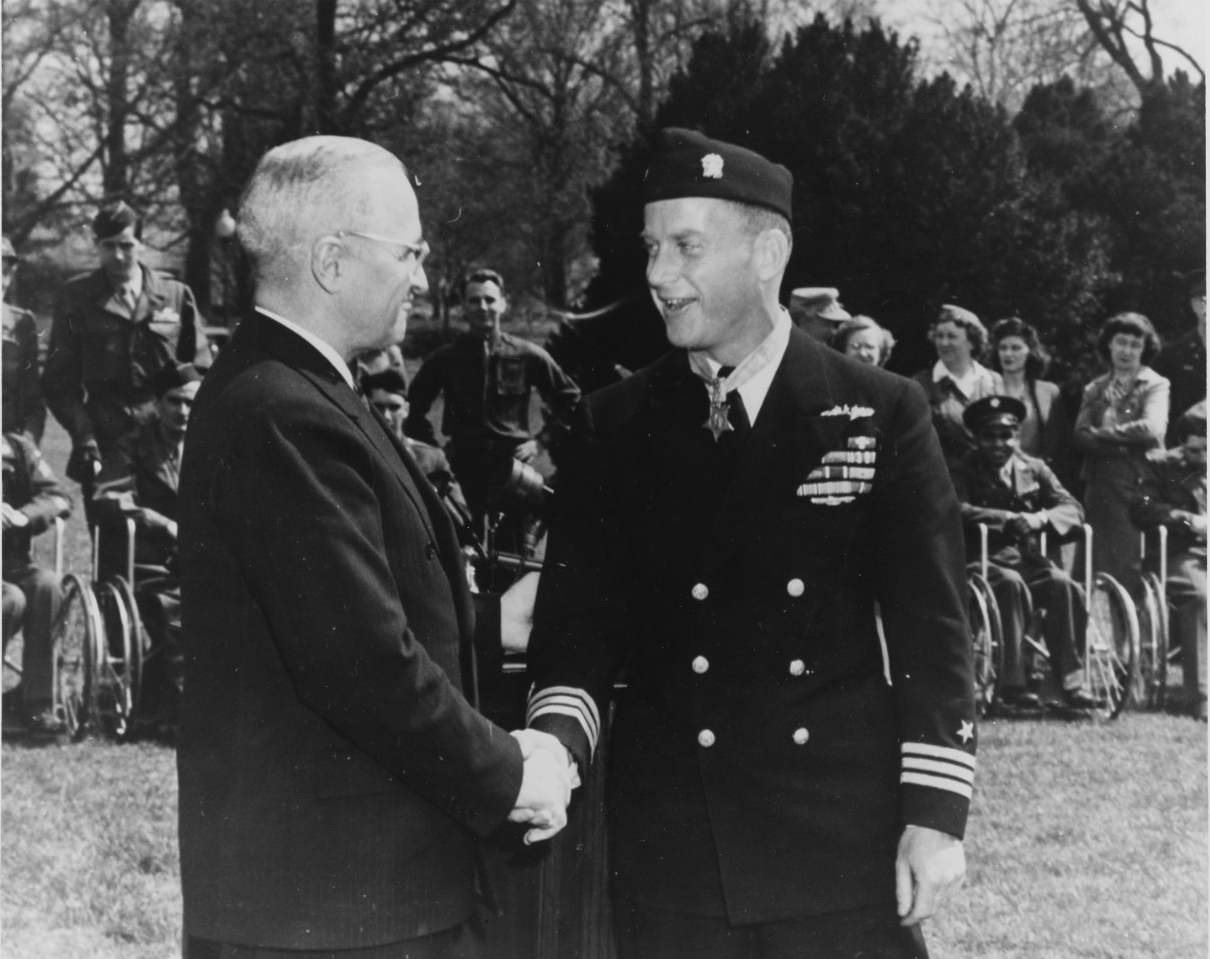 President Harry S. Truman congratulated Commander Richard H. O’Kane after he had been presented the Medal of Honor in ceremonies on the White House lawn, Washington, D.C., 27 March 1946. O'Kane received the nation’s highest honor for conspicuous gallantry and intrepidity as commanding officer of USS Tang (SS-306) in combat on 23–24 October 1944. Official U.S. Navy photograph from the collections of the Naval History and Heritage Command. (NH 97858)