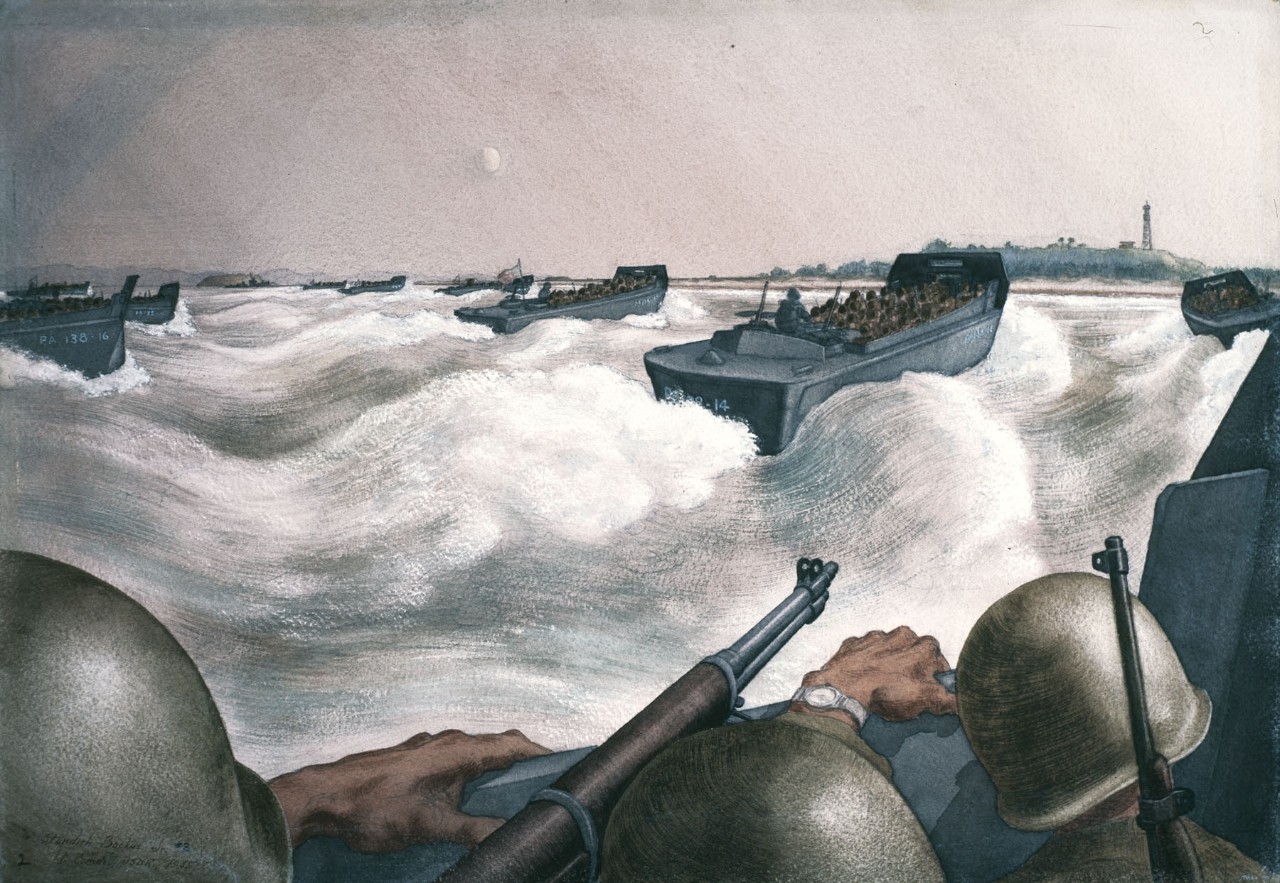 New Orleans was home to Higgins Industries, a small boat company owned by entrepreneur Andrew J. Higgins. Higgins designed and produced a unique assembly of amphibious boats capable of delivering multitudes of troops and equipment safely and efficiently from ship to shore, which eliminated the need for conventional harbors. His vessels included amphibious LCTs (landing, craft, tank), LCPLs (landing, craft personnel, large), and LCMs (landing, craft, mechanized) along with motor torpedo boats (PTs), supply vessels, and other specialized watercraft. He was best known for designing and manufacturing thousands of LCVPs (Land Craft, Vehicle, Personnel), which was a special craft designed to carry infantry troops and jeeps to shore. Higgins boats were used in most of the American amphibious operations in the Pacific and European theaters during World War II.

Higgins initially had difficulty getting the military’s attention, but with persistence and a superior product—compared to what the Navy had at the time—he was soon competing with the larger, more established shipyards. Higgins’ designs garnered his small company huge government contracts, and his business expanded dramatically. In 1938, he operated a single boatyard with less than 75 employees. Towards the end of 1943, his seven manufacturing plants employed more than 25,000 people. The workers broke many production records, constructing more than 20,000 boats—12,500 of them LCVPs—by the end of the war. Higgins’ name became synonymous with the landing craft. Soldiers and Marines did not come ashore in LCVPs, they were transported to the fight in “Higgins boats.” Higgins held about 30 patents pertinent to amphibious landing craft and vehicles before his death in August 1952.

The patented boat that won the war 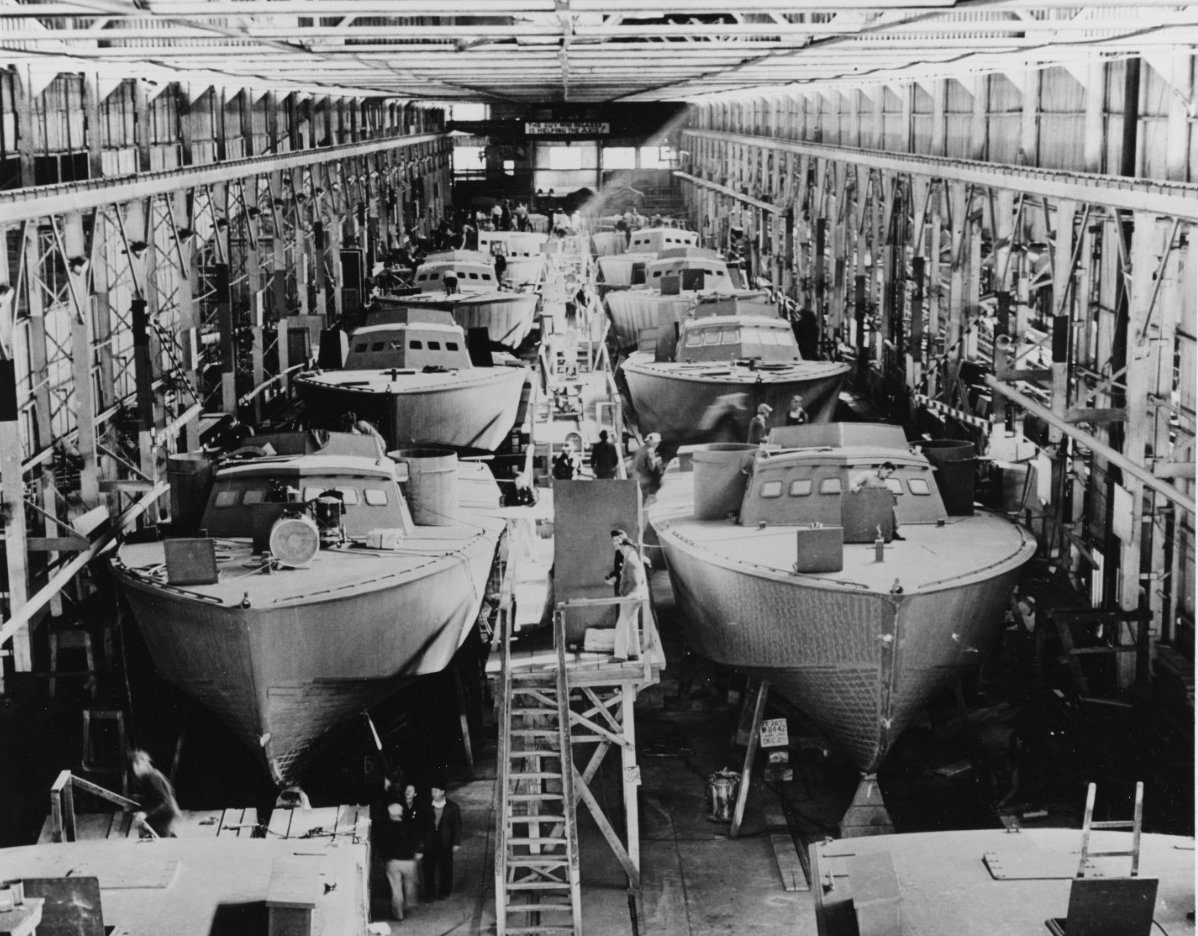 "Higgins" PT boats on the assembly line at Higgins Industries City Park Plant, New Orleans, Louisiana, during World War II. The boats completion state advanced from the rear of the photo toward the front. (NH 44482) Higgins “Eureka” landing boats with a tank-carrying adaptor mounted between them, are carrying a seven-ton caterpillar tractor, during a demonstration for eleven Latin American admirals, held near New Orleans about May 1941. These boats had been built for England. The LCPL landing craft of World War II was developed from this design. (NH 73806) Higgins 36-foot ramped landing boat landing a military truck about May 1941. This design served as the basis for the LCVP. (NH 73812) 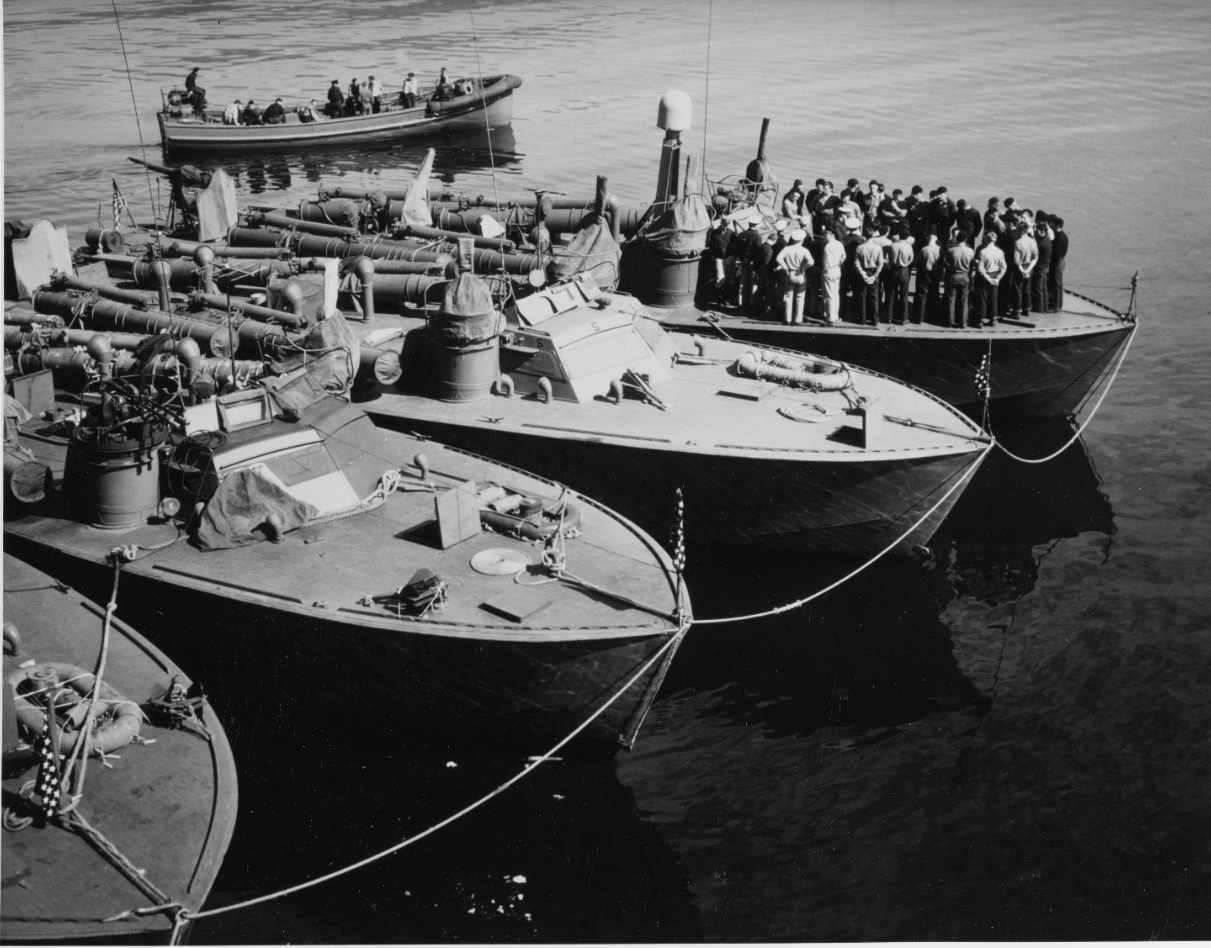 Higgins-type motor torpedo boats (PTs) nested together at Massacre Bay, Attu, Aleutians, circa 1943–44. Note conference in session on the forecastle of one boat and a motor launch passing by in the distance. (80-G-K-16165) A 1942 photograph taken at the New Orleans Plant of Higgins Industries, Inc. Andrew J. Higgins, Sr., gesturing, explains to President Franklin D. Roosevelt his company's role in the war effort, with the aid of a ship model, as others look on. With them in auto are Governor Sam Houston Jones of Louisiana and Rear Admiral Frank T. Leighton, Eighth Naval District Commandant. The Higgins Company turned out boats for both the Army and the Navy. (NH 46878) Higgins 36-foot ramped landing boat built and tested about May 1941. This design served as the basis for the LCVP. (NH 73810)