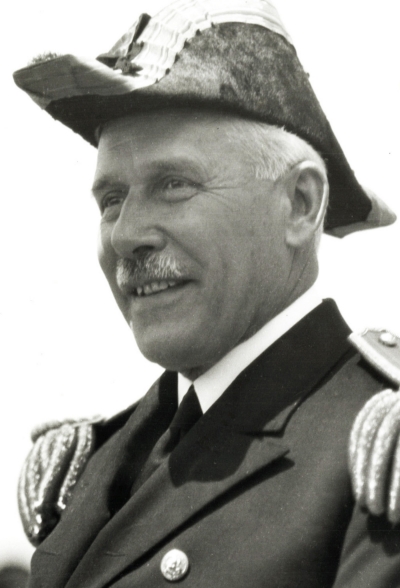 The challenges facing Admiral Pratt as Chief of Naval Operations were compounded by the severe national problems of the economic depression. Terms of the just-concluded London Naval Treaty had to be implemented, the fleet demanded modernization, and somehow the level of adequately trained personnel had to be maintained.

Admiral Pratt had supported the London Naval Treaty on the premise that the Navy would be built to treaty strength. Accordingly, he urged upon the President and Congress a long-range building program to attain this objective; stringent economy in all areas was also a necessity.

In November 1930, the Chief of Naval Operations approved reorganization of the U.S. Fleet into four forces: Battle Force, Scouting Force, Submarine Force, and Base Force. Thus for operations and fleet exercises ships were grouped into forces best suited to perform any given mission. For other than operational purposes, continuity of command was achieved by assigning ships to type commands.

At about the same time this fleet organization was adopted, Admiral Pratt, acting within the context of the London Treaty as well as for economy and improved efficiency, ordered a reduction of 4,800 men and the disposal or decommissioning of 48 ships.

The depression deepened, and more severe cuts in personnel, ship construction, and alterations were in the offing. In 1932, without success, the Chief of Naval Operations proposed suspension of construction on several destroyers in order to keep on active duty 5,000 men scheduled to be released.

As a means of obtaining a maximum state of readiness in this fiscal and manpower crisis, Admiral Pratt sponsored a “Rotating Reserve” plan wherein one third of the ships would be laid up on a rotating basis with skeleton crews, while the remainder operated with full peacetime complements.

Admiral Pratt found one bright spot in the personnel attrition being forced on the Navy. He saw it as an opportunity to upgrade naval leadership and the overall caliber, physically and educationally, of men accepted into the service. Nationwide unemployment had enhanced the attractiveness of a naval enlistment to highly qualified young men.

In spite of a drastically limited budget, some fleet modernization went forward. Conversion of the battleships’ fuel from coal to oil was completed, and limited new construction was funded. Aviation as a fleet arm took on increased importance. The keel of the USS Ranger, the first ship of the U.S. Navy to be built as an aircraft carrier, was laid. Men assigned to aviation duties by the end of June 1932 had increased to 12,408, or 15.6 percent of the Navy’s total personnel strength as compared to 4.9 percent in 1923. The number of aircraft exceeded 1,000 by 1933.

Admiral Pratt firmly held that the nation’s best defense posture demanded close coordination between the Army and Navy. Working with his Army counterpart, General Douglas MacArthur, the Chief of Naval Operations reached agreements on such subjects as radio communication networks and the roles of the respective services in coastal defense. They jointly opposed creation of a Department of Defense and a separate air force because no economies would be realized by the move. Additionally, Admiral Pratt argued the growing offensive capability of naval aviation would be destroyed if taken from Navy control.

The Manchurian Incident in the fall of 1931 unveiled Japan’s aggressive intent in China and foreshadowed the cataclysmic events of a decade later. Admiral Pratt ordered the Atlantic-based Scouting Force to join the Battle Force in the Pacific to form a united U.S. Fleet.

William Veazie Pratt was born in Belfast, Maine, on February 28, 1869, and graduated in the U.S. Naval Academy class of 1889. During his early career, he served in ships of the new steel Navy including USS Atlanta and USS Chicago. The Spanish-American War found Pratt on board USS Mayflower participating in the blockade of the Cuban coast. Various sea assignments as navigator and executive officer were followed by attendance at the Naval War College from 1911 to 1913, command of USS Birmingham, and instruction at the Army War College. Pratt, now a captain, was assigned to the Office of the Chief of Naval Operations in 1917, and the following year was named Assistant Chief of Naval Operations. As Admiral Benson’s principal assistant, he played a key role in directing naval operations during World War I.

He acted as a naval adviser to President Woodrow Wilson at the Paris Peace Conference. Returning from Europe, he assumed command of USS New York and was then Commander, Destroyer Force, Pacific, from October 1920 to July 1921. He was a technical advisor at both the Washington and London Naval conferences. Prior to being named Chief of Naval Operations, Admiral Pratt had been president of the Naval War College, served on the General Board, and had held top fleet commands, including Commander in Chief, U.S. Fleet.

Admiral Pratt retired after 47 years of naval service on June 30, 1933. President Franklin Roosevelt briefly recalled him to active duty in 1941 to help expedite the development of escort carriers to counter the German submarine threat.

He died at the Naval Hospital, Chelsea, Massachusetts, on November 25, 1957, and is buried in the town of his birth. The New York Times carried an obituary tribute: “Admiral Pratt was a naval commander of the old school with a firm faith in the enduring role of sea power in a nation’s defense and a strong belief in the value of constant mobility, both in peace and war.”