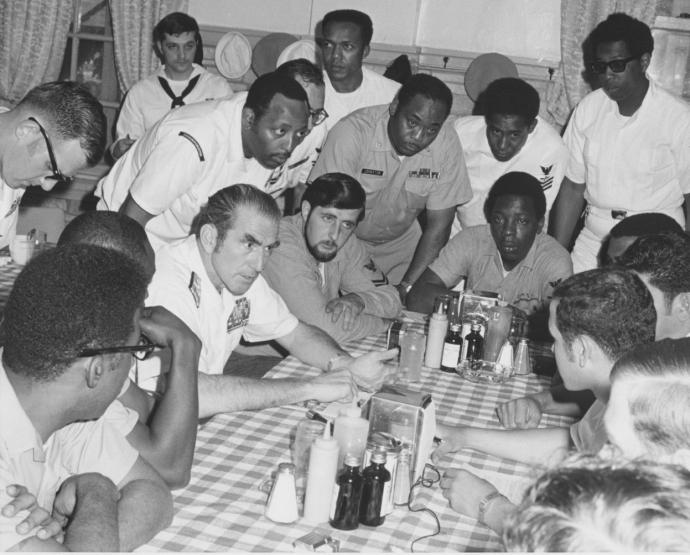 A veteran of World War II and the conflicts in Korea and Vietnam, Admiral Zumwalt exemplified honor, courage and commitment during 32 years of dedicated naval service, earning a Bronze Star with Valor for his actions during the Battle of Leyte Gulf. As the 19th Chief of Naval Operations, Admiral Zumwalt embraced innovation—strategically, technologically, and with his personnel programs—to modernize the U.S. Navy.

Admiral Zumwalt’s embrace of innovation resulted in a number of new programs, such as the Oliver Hazard Perry–class frigate, the Ohio-class ballistic missile submarine, and the F-14 Tomcat, all of which had lasting impacts on the warfighting readiness of the Navy. A battle-seasoned surface warfare expert, Admiral Zumwalt instituted the creation of the surface warfare pin to enhance a sense of community and expertise within the surface Navy. Perhaps most importantly, Admiral Zumwalt knew the primary force-multiplier of the United States Navy continued to be Sailors. As a social reformer, he began quality of life improvements for Sailors and the institutionalization of equality for minorities and women in the Navy.

The following links are Naval History and Heritage Command’s collection of imagery, documents and biographical information. We encourage you to explore these pages and learn more about Admiral Elmo R. Zumwalt Jr.

To find out about USS Zumwalt's capabilities and fleet mission, visit All Hands Magazine.