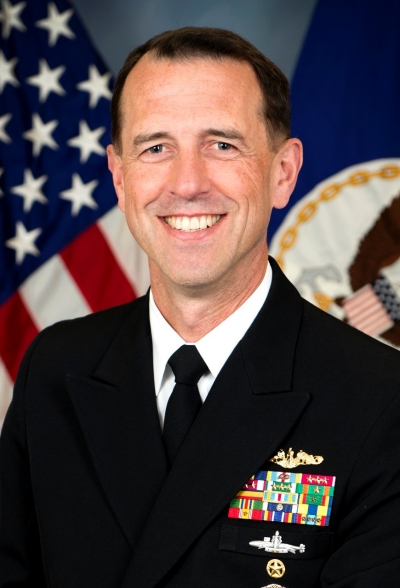 Admiral John Richardson graduated from the U.S. Naval Academy in 1982 with a Bachelor of Science in Physics. He holds master’s degrees in electrical engineering from the Massachusetts Institute of Technology and Woods Hole Oceanographic Institution, and National Security Strategy from the National War College.

His staff assignments include duty in the attack submarine division on the Chief of Naval Operations staff; naval aide to the President; prospective commanding officer instructor for Commander, Submarine Forces, U.S. Pacific Fleet; assistant deputy director for Regional Operations on the Joint Staff; and director of Strategy and Policy at U.S. Joint Forces Command.