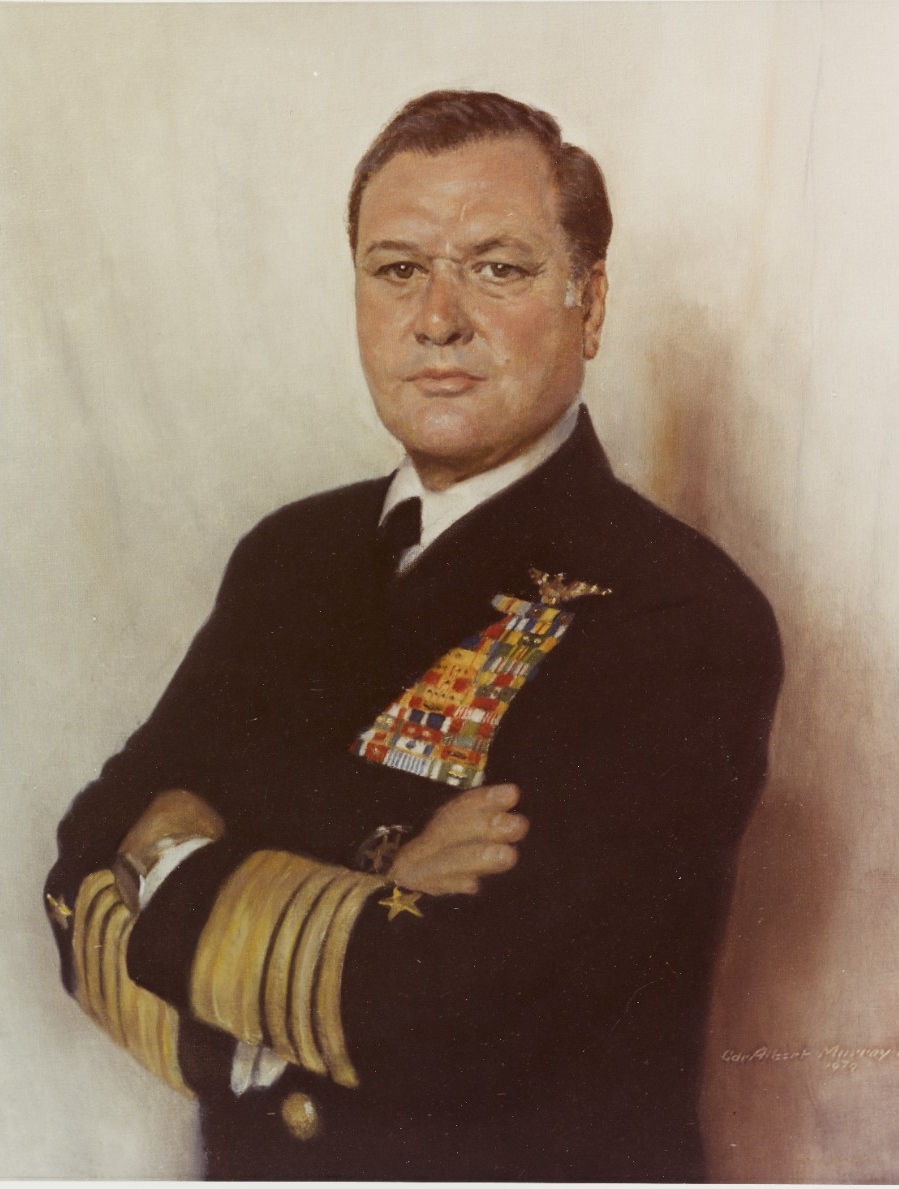 James Lemuel Holloway III was born 23 February 1922 in Charleston, South Carolina. The son of Admiral James L. Holloway Jr., he became the twentieth Chief of Naval Operations on 1 July 1974, relieving Admiral Elmo Zumwalt as the Navy’s top military leader. Holloway also served as a member of the Joint Chiefs of Staff and acting Chairman of the Joint Chiefs of Staff. During his tenure, he faced the challenges of inflation and defense spending cuts during the height of the Cold War. After the fall of Saigon in 1975 and rising tensions with the then-Soviet Union, Holloway convinced President Gerald Ford to end the Strategic Arms Limitation Talks (SALT) II treaty proposal to ban the cruise missile, which is still the Navy’s principal weapon for a number of surface and underwater platforms. Considered one of his most significant contributions to the Navy as the CNO, Holloway established the Battle Force Fleet organization, integrating carriers, cruisers, and submarines into individual tactical units that would exploit the expanded warfare capabilities of the surface combatants for the full range of naval tasks associated with the national strategy of a forward posture, to handle both the threat of the Soviet Navy and the belligerency of the third world. When Holloway’s tenure as CNO ended in 1978, he had served under three presidents: Richard Nixon, Ford and Jimmy Carter.

Holloway began his naval career when he graduated as a member of the U.S. Naval Academy class of 1943. This member of the Naval Academy class of 1943 reached the fleet a year early due to acceleration of graduation for several wartime-era classes. During World War II, he served aboard destroyers in the North Atlantic and African waters. In the Pacific, he participated in the Saipan, Tinian, Palau and Leyte Gulf campaigns as gunnery officer of the destroyer USS Bennion (DD-662). Following WWII, he served as commanding officer of Attack Squadron 83, deputy CNO for Air Warfare, and commanding officer of USS Enterprise (CVAN-65) for two combat cruises in the Gulf of Tonkin during the Vietnam War. In 1968, he returned to the Pentagon where he established the Navy’s Nuclear Powered Carrier Program, and in 1970 was promoted to rear admiral. With his promotion, he was assigned as the commander of U.S. Seventh Fleet where he directed strike operations against objectives in North Vietnam during Operations Linebacker I and II. In 1974, he was named by President Nixon to be the next CNO.

In 1978, Holloway retired from the Navy with 36 years of service. He served as president of the Naval Historical Foundation from 1980–1998 and ten years more as chairman. In 2007, Holloway published Aircraft Carriers at War, and was instrumental in the online publishing of the Naval History and Heritage Command’s Dictionary of American Naval Fighting Ships project.

During his lifetime of service, Holloway received 28 American military personal decorations, unit awards and campaign and service medals and ribbons. He received 20 foreign decorations as well. He was a combat veteran of WWII, Korean War, and Vietnam War. As a civilian, he received the Distinguished Public Service Medal for his service as president of the NHF, was technical advisor to the movie “Top Gun,” and a dormitory at Saint James School in Washington County, Maryland, was named “Holloway Hall” in honor of him—one of the high school’s most notable alumni.

Admiral Holloway passed away on 26 November 2019, in Alexandria, Virginia, at the age of 97. 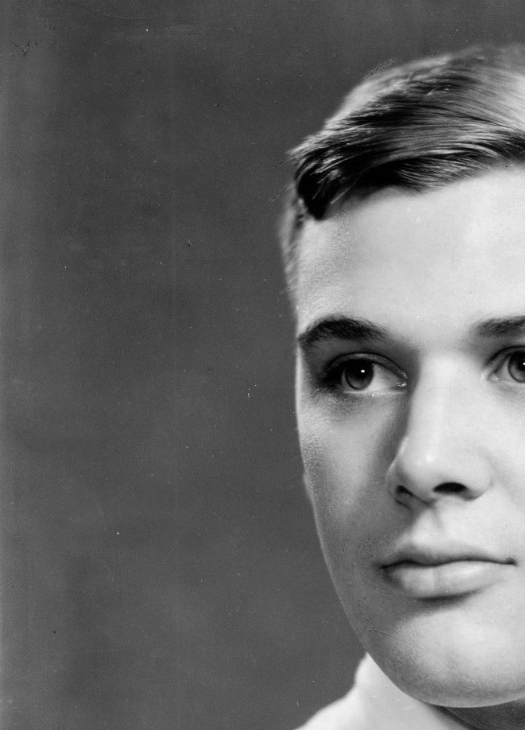 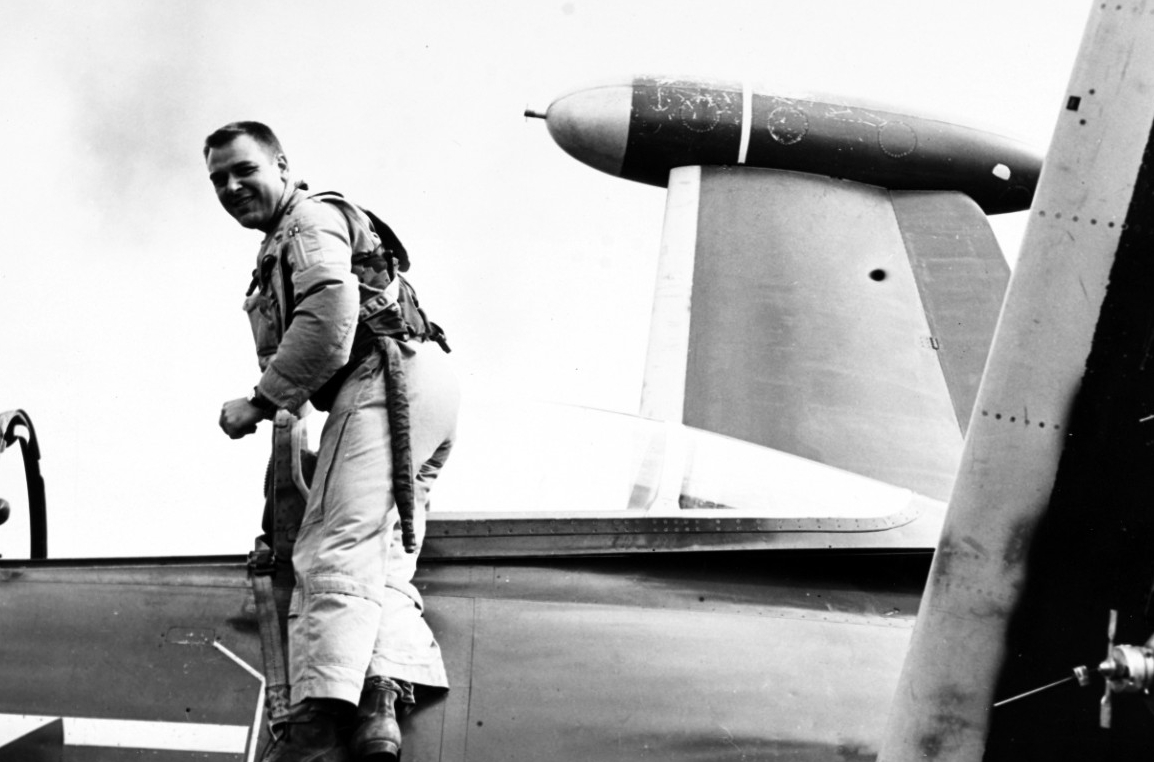 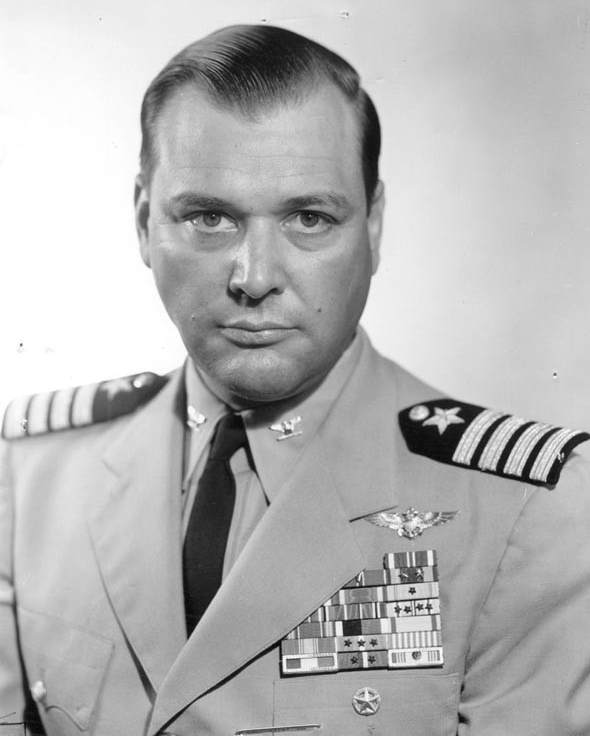 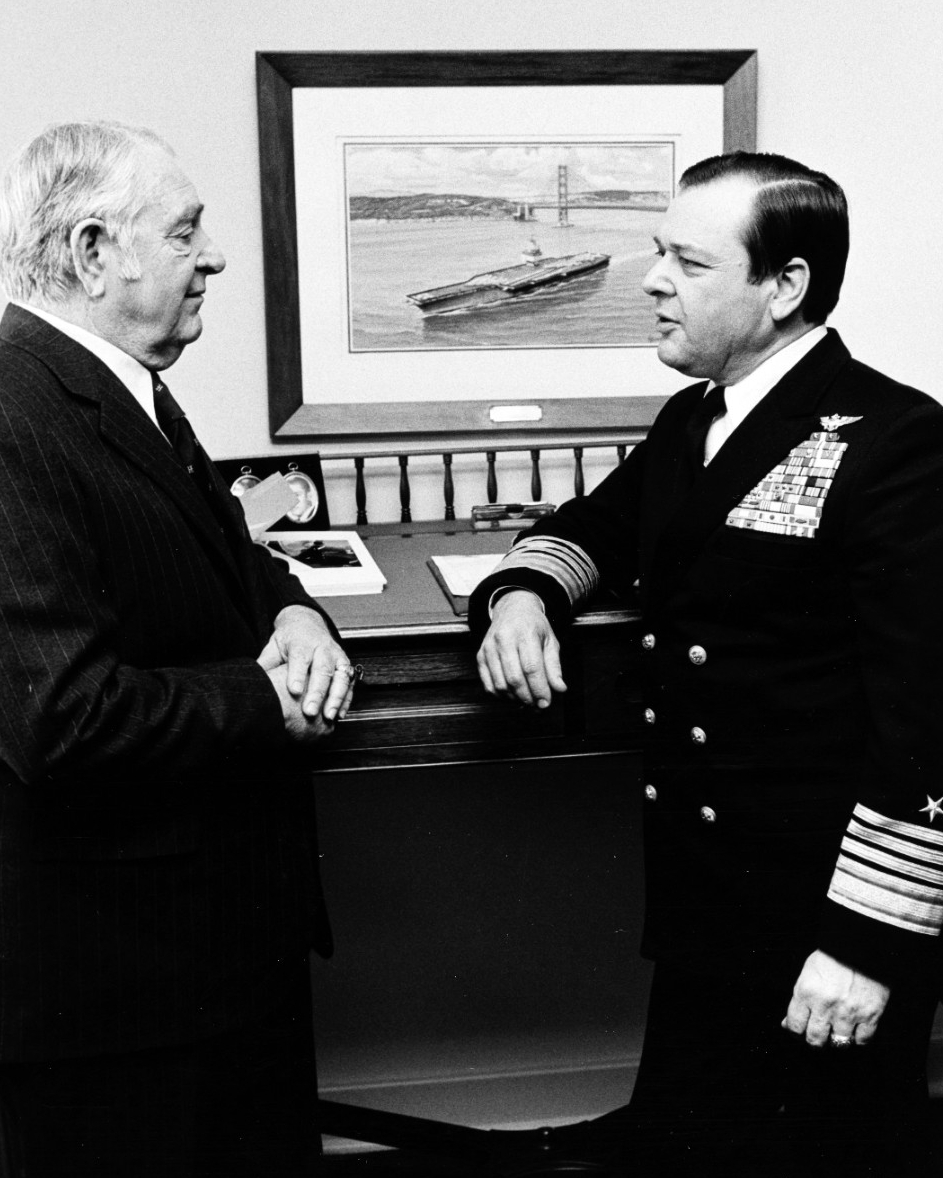 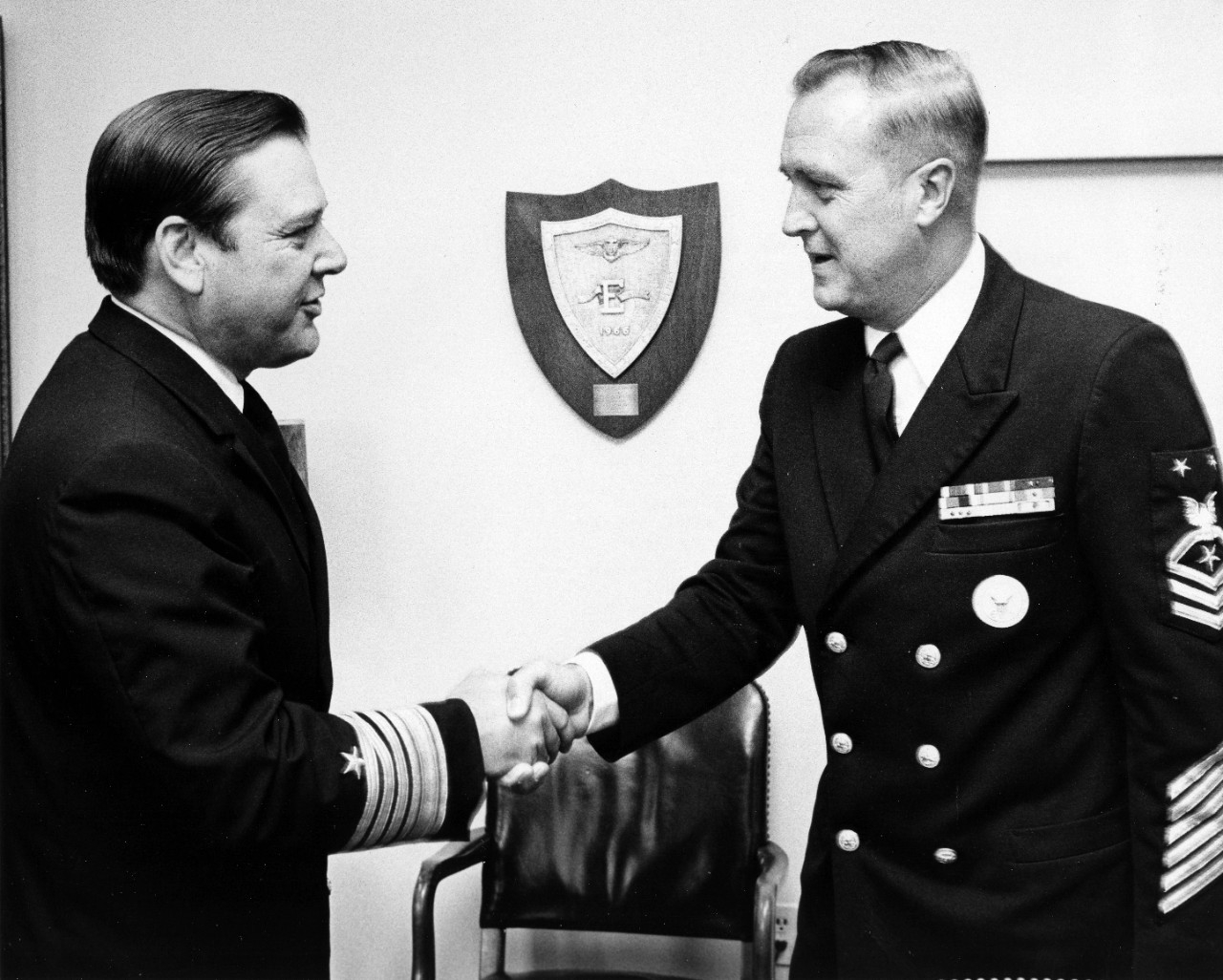 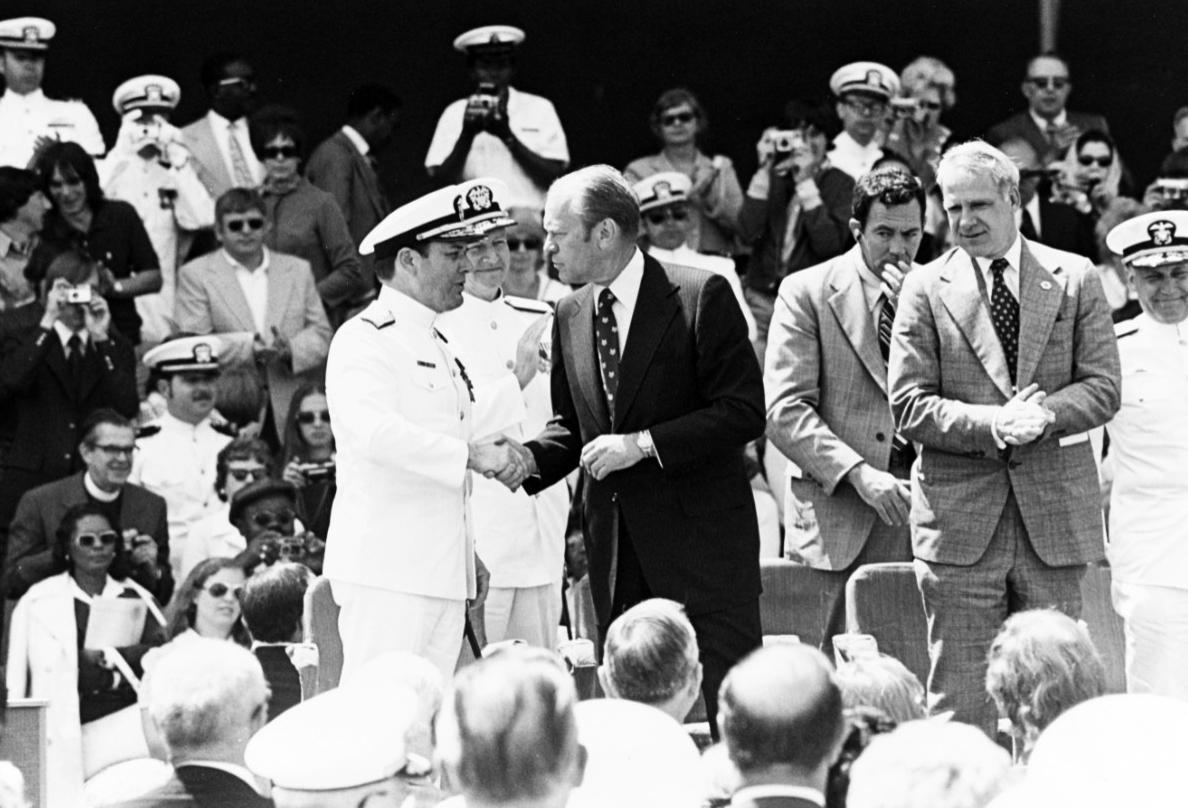 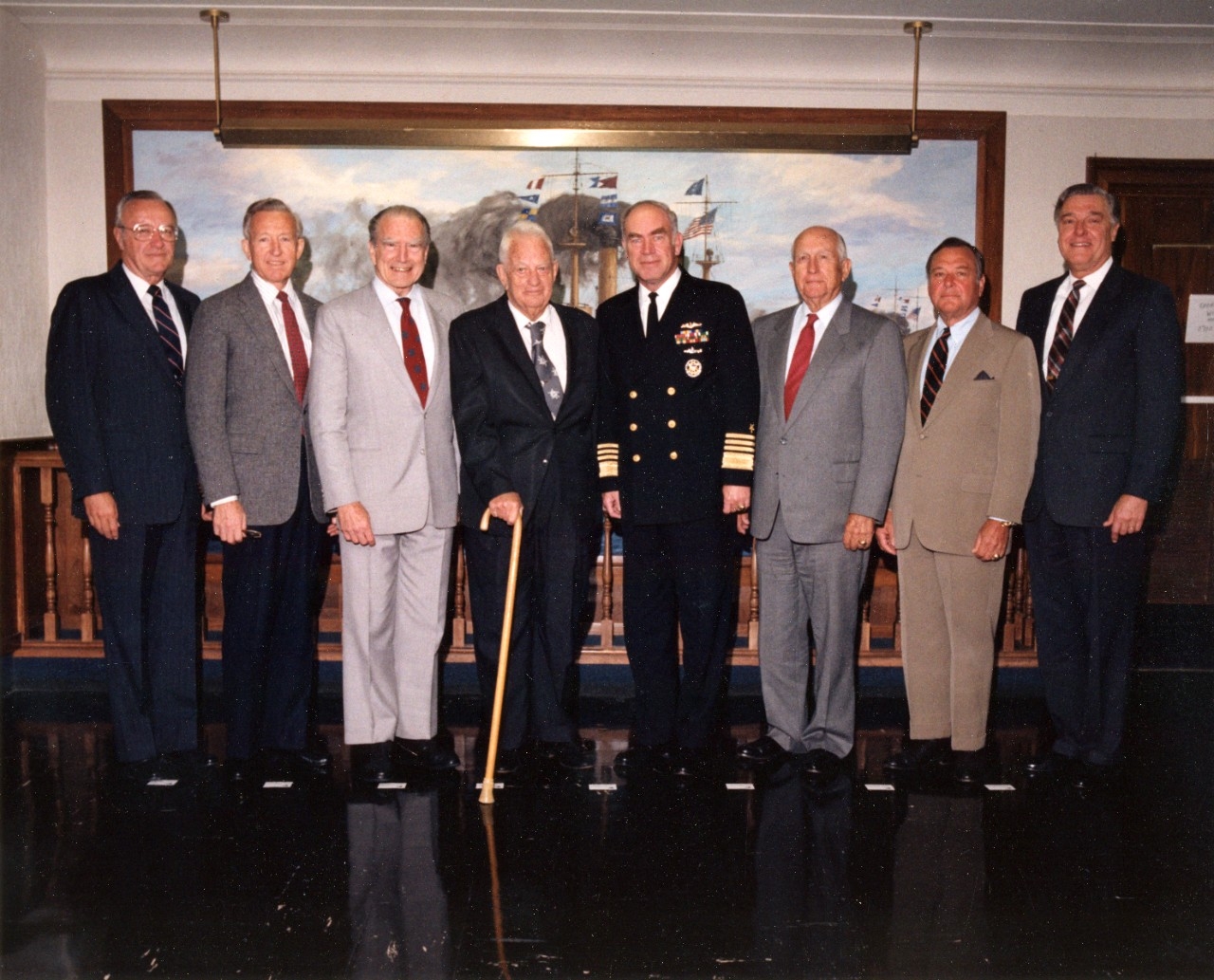 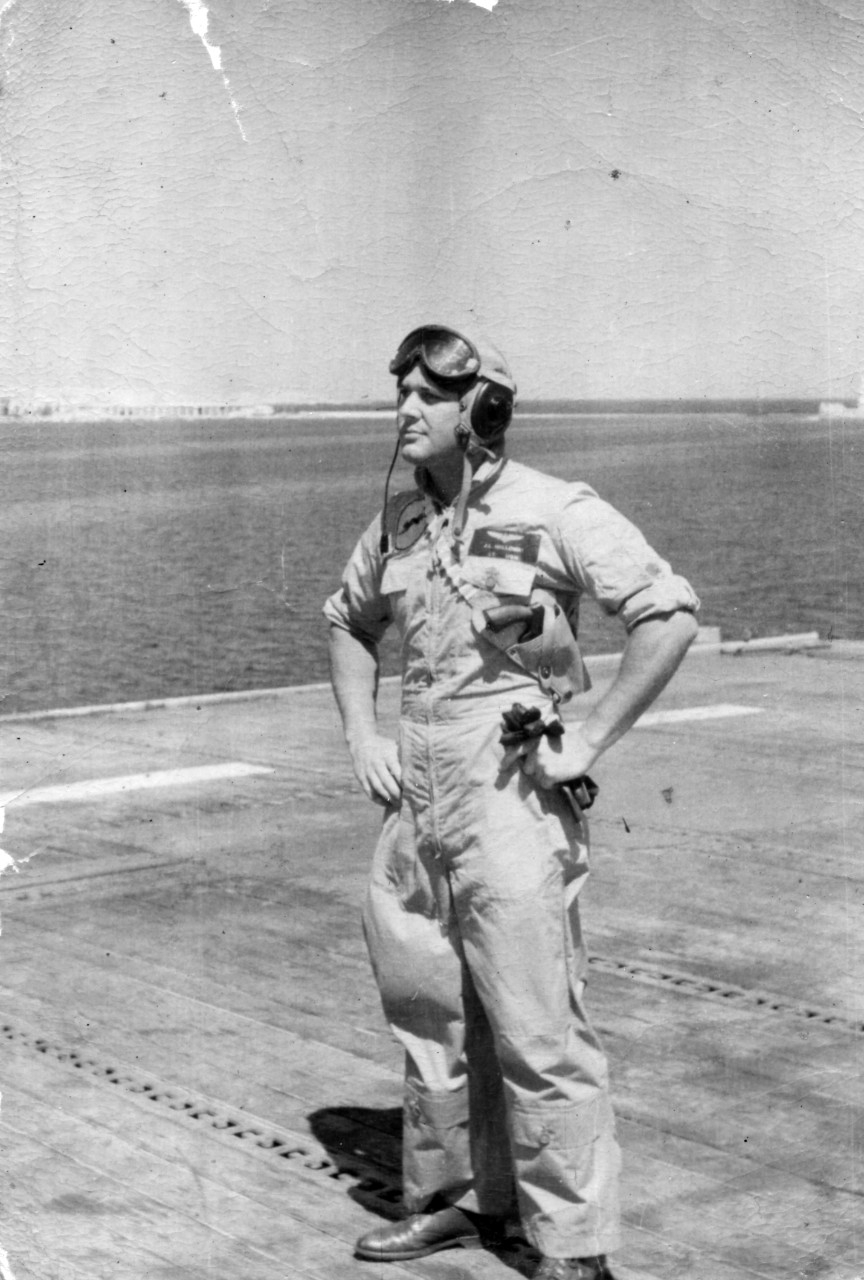 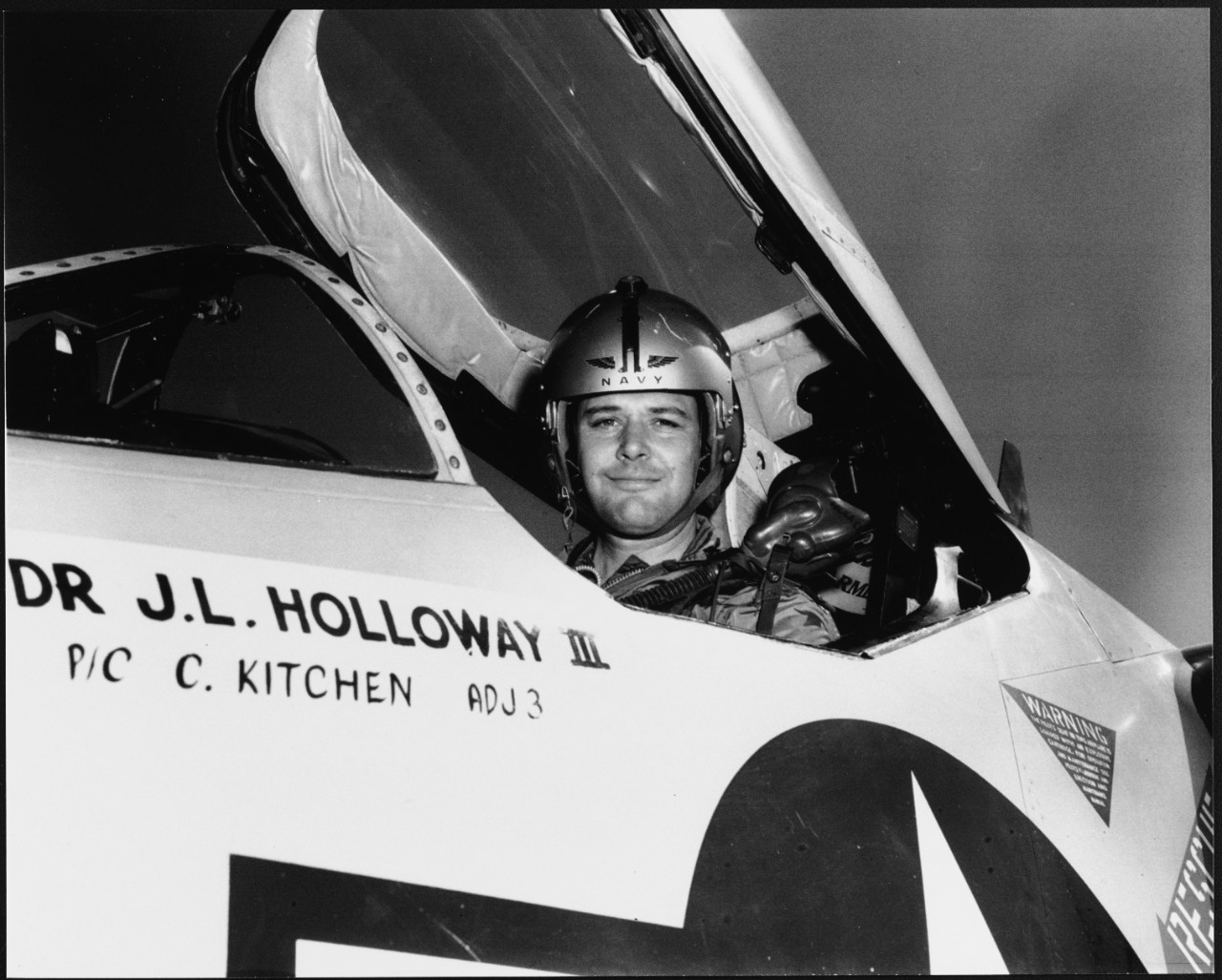 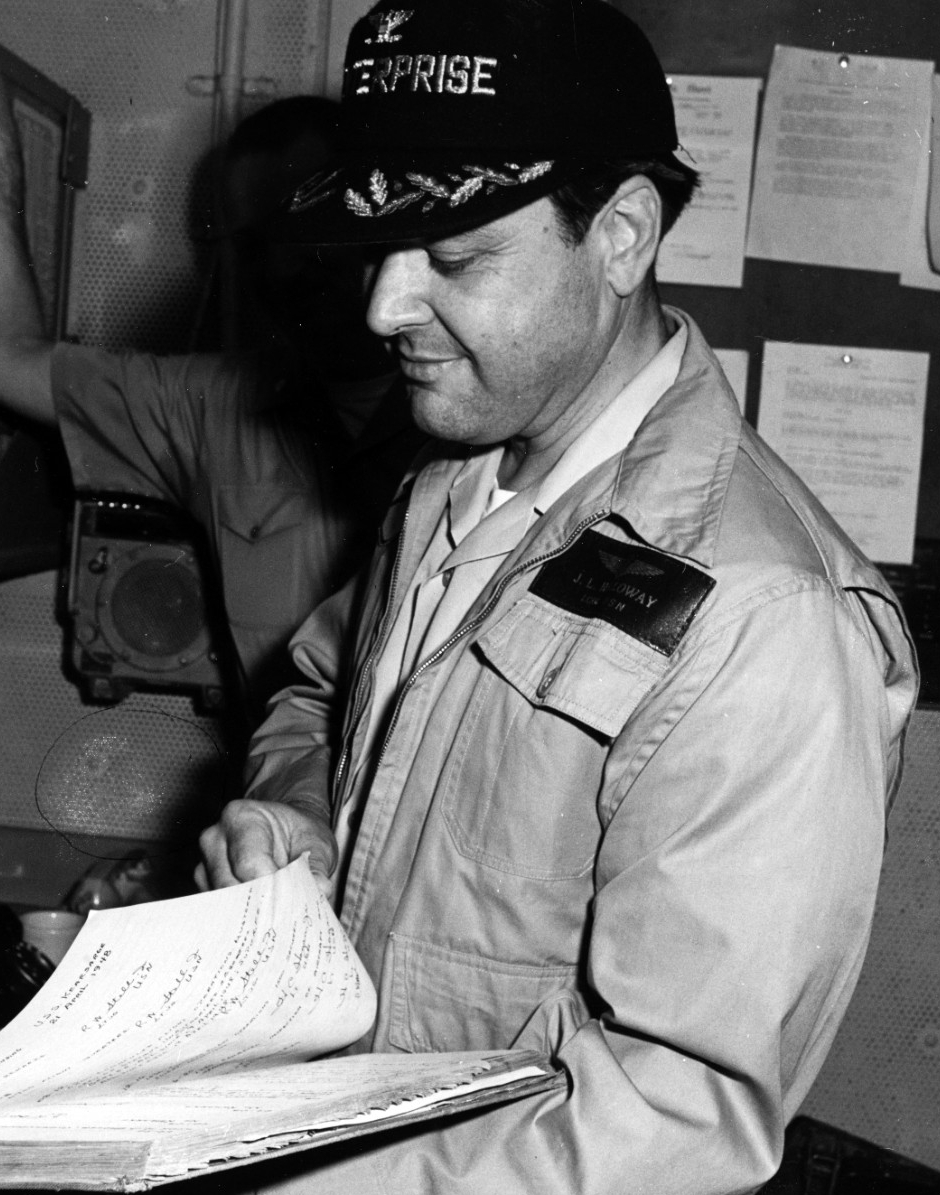 Captain James L. Holloway III, commanding officer, USS Enterprise (CVAN-65) looks through an old flight book which Attack Squadron Thirty-Five (VA-35) has kept since he flew with them off USS Kearsarge (CV-33) during the later 1940s. Photographed on board Enterprise in April 1967. Official U.S. Navy photograph, from the collections of the Naval History and Heritage Command. Catalog #: NH 103853. 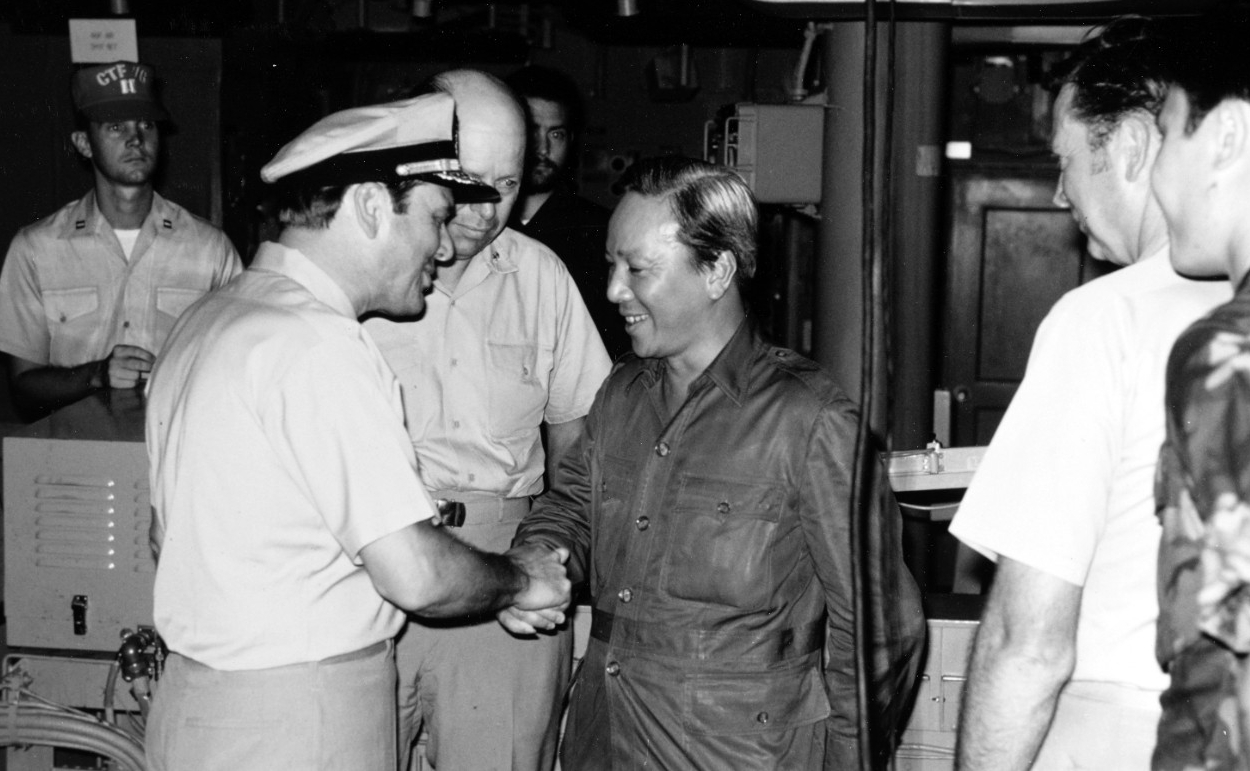 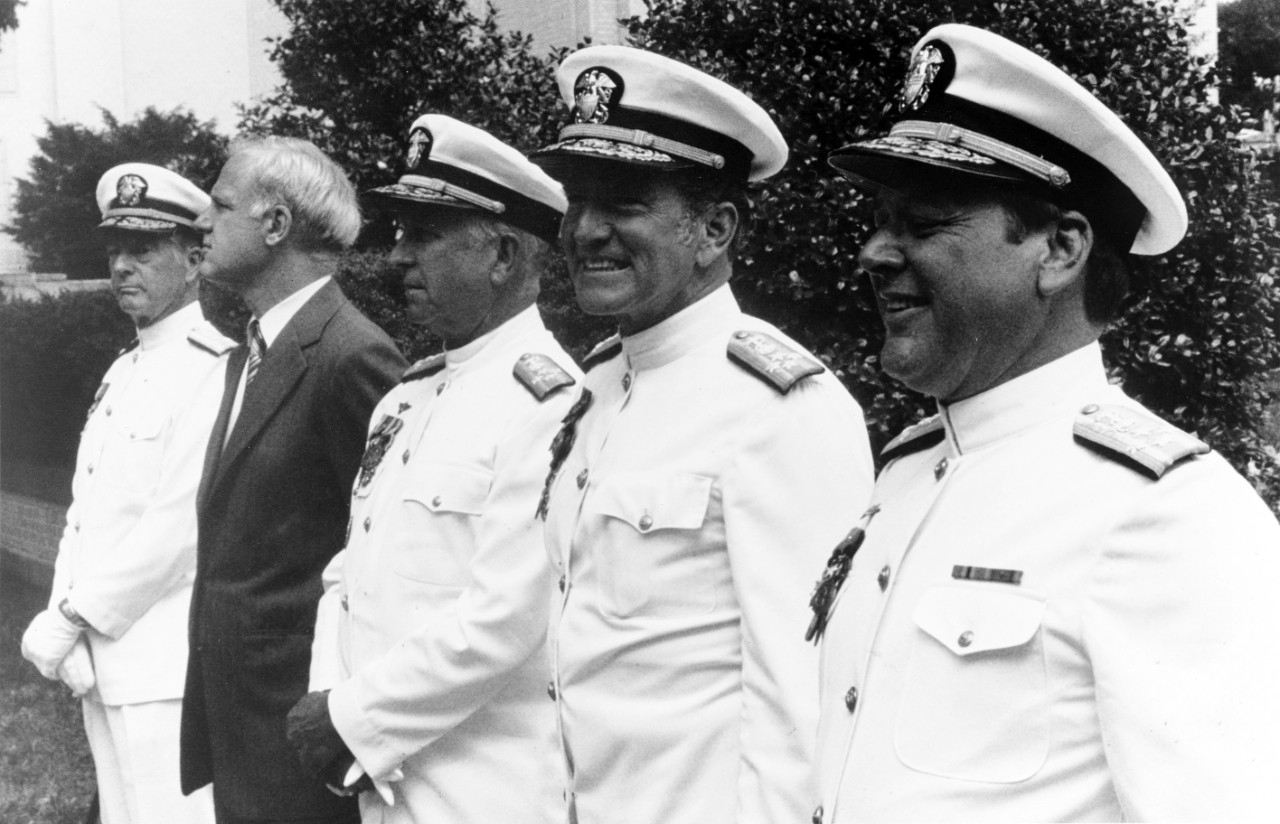 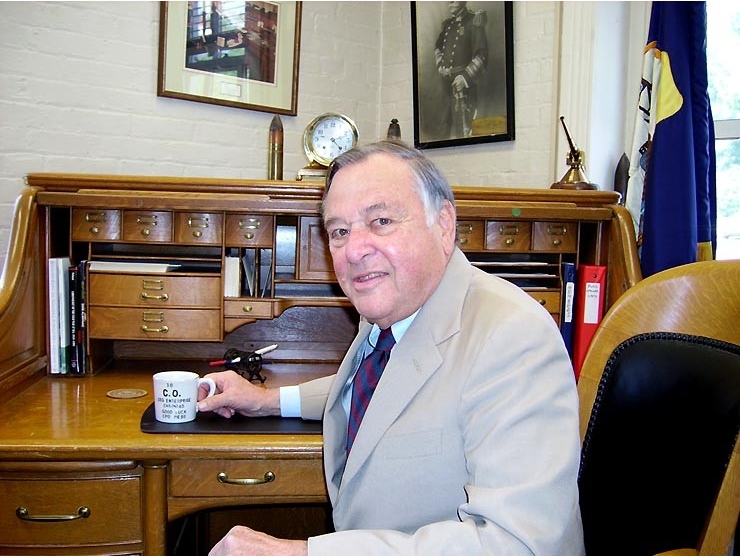