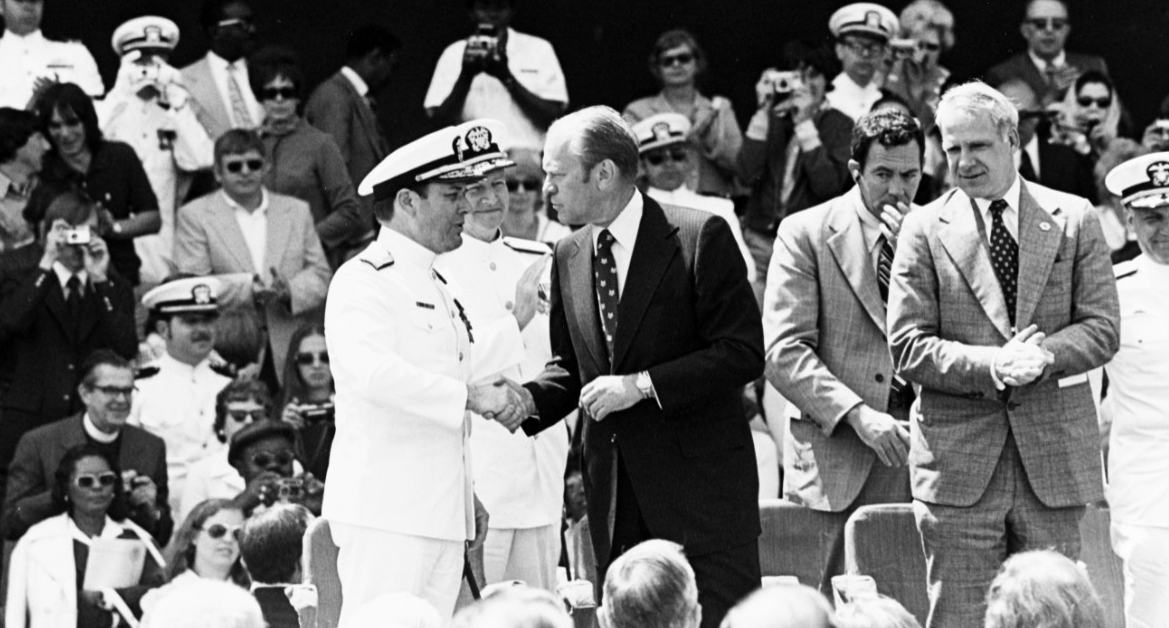 After one year as an instructor at Navy Preflight School in Chapel Hill, North Carolina, Ford applied for sea duty. In May 1943, he was sent to the pre-commissioning detachment for a new light aircraft carrier, USS Monterey (CVL-26). From the ship’s commissioning on 17 June 1943 until the end of December 1944, Ford served as the assistant navigator, athletic officer, and anti-aircraft battery officer aboard Monterey. The Gerald R. Ford-class aircraft carrier Gerald R. Ford (CVN-78) is named for the 38th President. Read his biography.