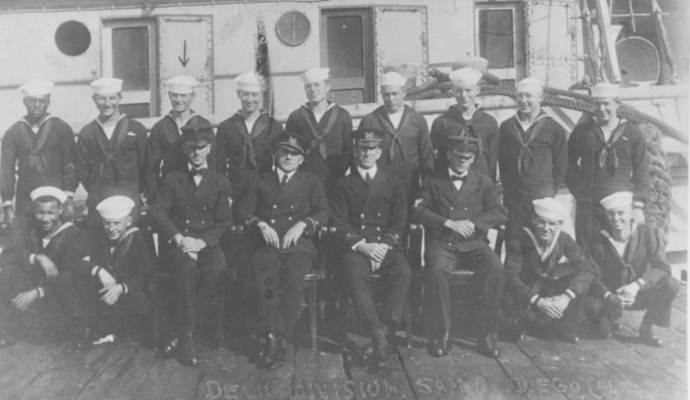 USS Conestoga (AT-54) Deck Division posed beside the ship, San Diego, California, circa early 1921. The Sailor marked by an arrow (top row) may be Seaman 1st Class W. P. Burbage. [Editor's note: Seaman 1st Class Burbage was not assigned to the ship at the time of the disappearance.] Courtesy of W.P. Burbage, 1970. U.S. Naval History and Heritage Command photograph. (NH 71507)

Conestoga was built in 1904 for the Maryland Steel Company for the Philadelphia and Reading Transportation Line. The U.S. Navy acquired the ship on 14 September 1917 and commissioned Conestoga (S.P. 1128) as a fleet tender and mine sweeper on 10 November 1917, Lieutenant (j.g.) Carl Olsen, USNRF, in command.

Conestoga was assigned to the Submarine Force and carried out towing, transport, and escort duties, and operated with the American Patrol Detachment in the vicinity of the Azores during WWI. At the end of the war she was attached to Naval Base 13 (Azores), towing disabled ships and escorting convoys, until she arrived in New York on 26 September 1919. Conestoga was formally classified as a fleet tug (AT-54) and assigned to harbor tug duty in the Fifth Naval District at Norfolk, Virginia, on 17 July 1920.

Conestoga left for her new duty station at Tutuila, America Samoa, on 18 November 1920, passing through San Diego and Mare Island, California, for repairs between 7 January 1921 and 17 February 1921. She left Mare Island on 21 March 1921 with Lieutenant Ernest L. Jones in command and a crew of three warrant officers and 52 enlisted men. She never reached her interim destination of Pearl Harbor, and after an extensive search the U.S. Navy declared Conestoga lost with all 56 souls on 30 June 1921.

In August 2009, the National Oceanic and Atmospheric Administration (NOAA) Office of Coast Survey discovered the wreck of the Conestoga in the Greater Farallones National Marine Sanctuary off the coast of California. USS Conestoga remains a grave for the 56 Sailors lost and is protected from unauthorized disturbance under the Sunken Military Craft Act, and is also protected as a cultural resource within a NOAA National Marine Sanctuary. For more on the wreck of Conestoga, visit the NHHC Underwater Archeology Branch Conestoga wreck page. 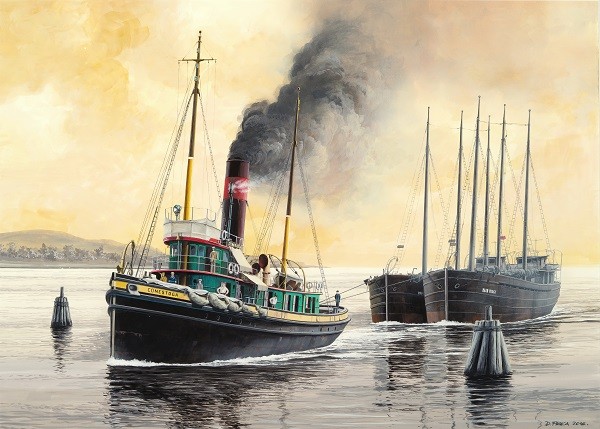 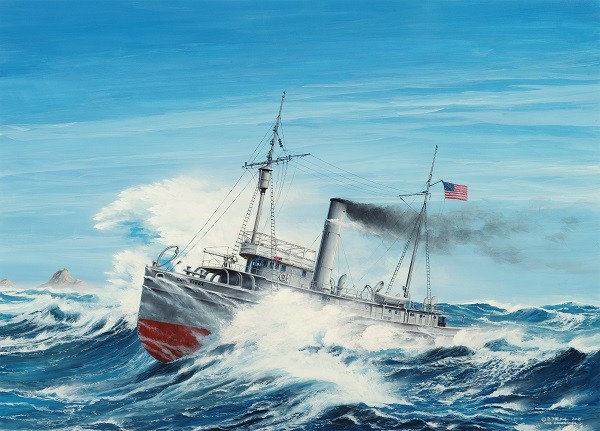 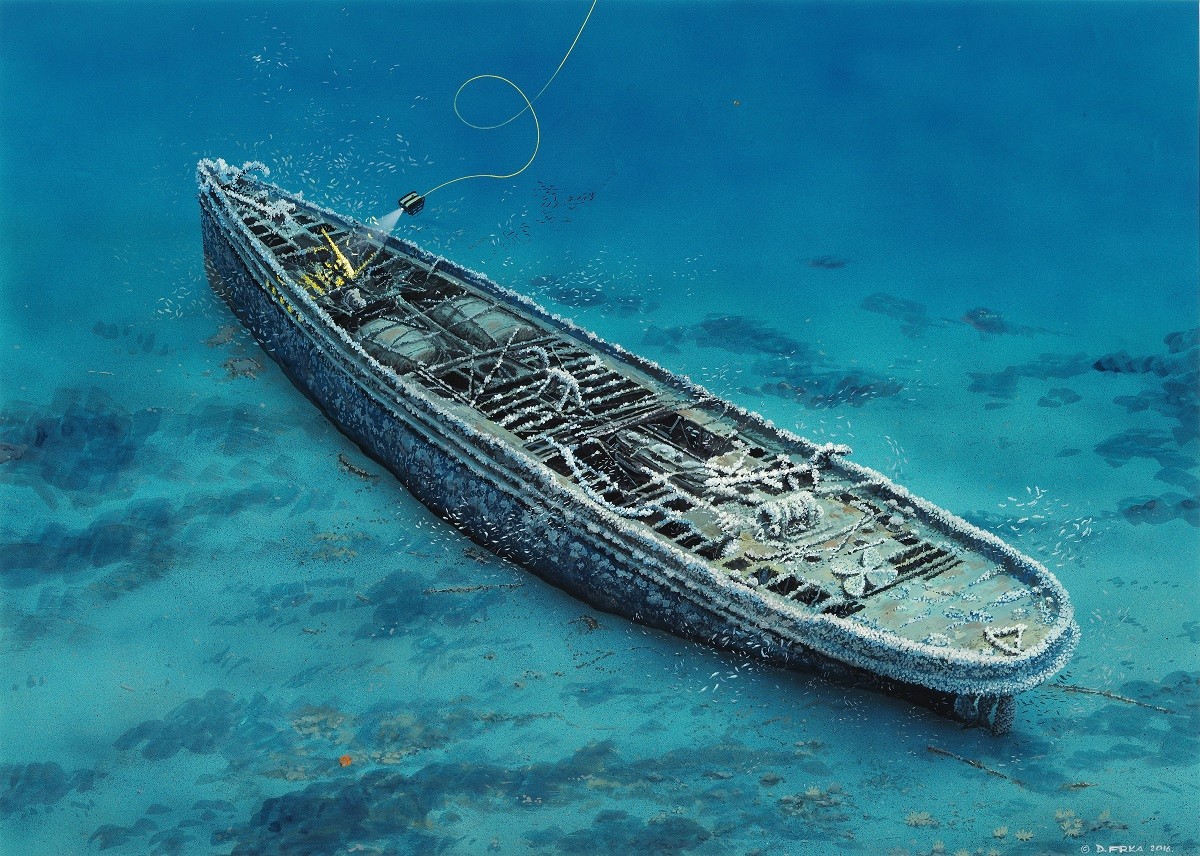 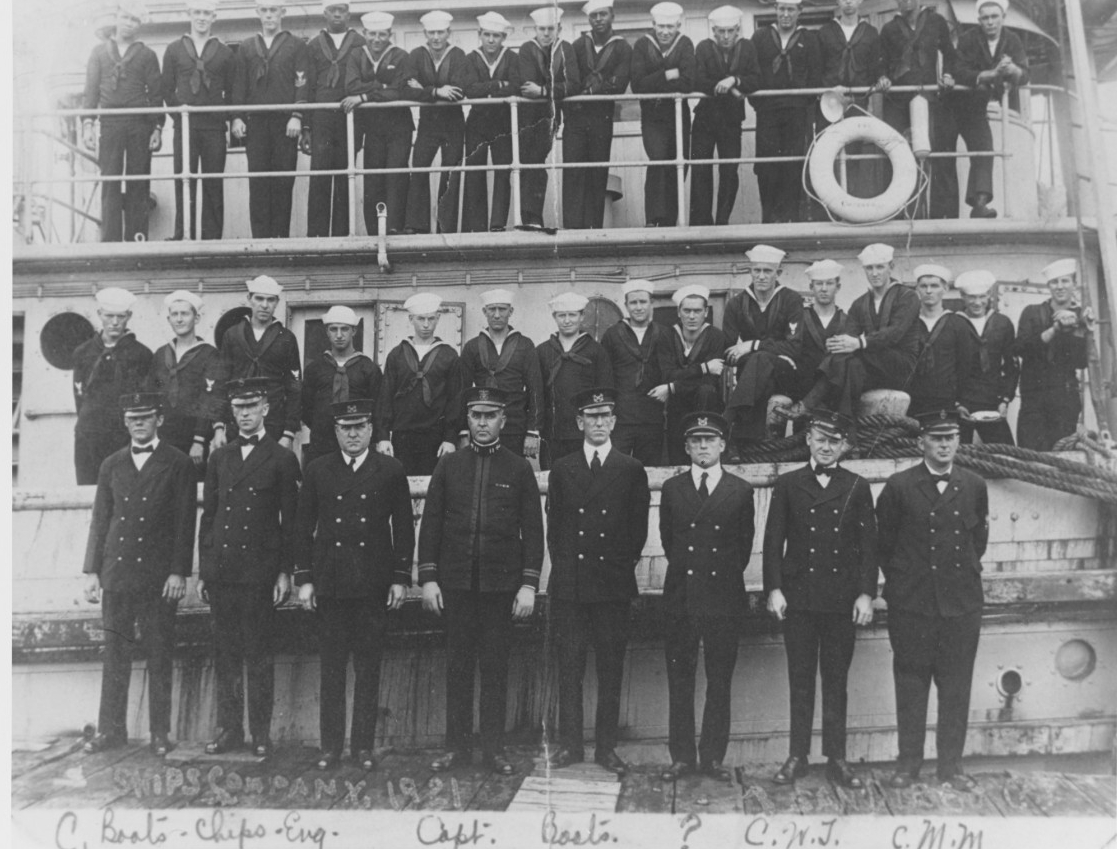 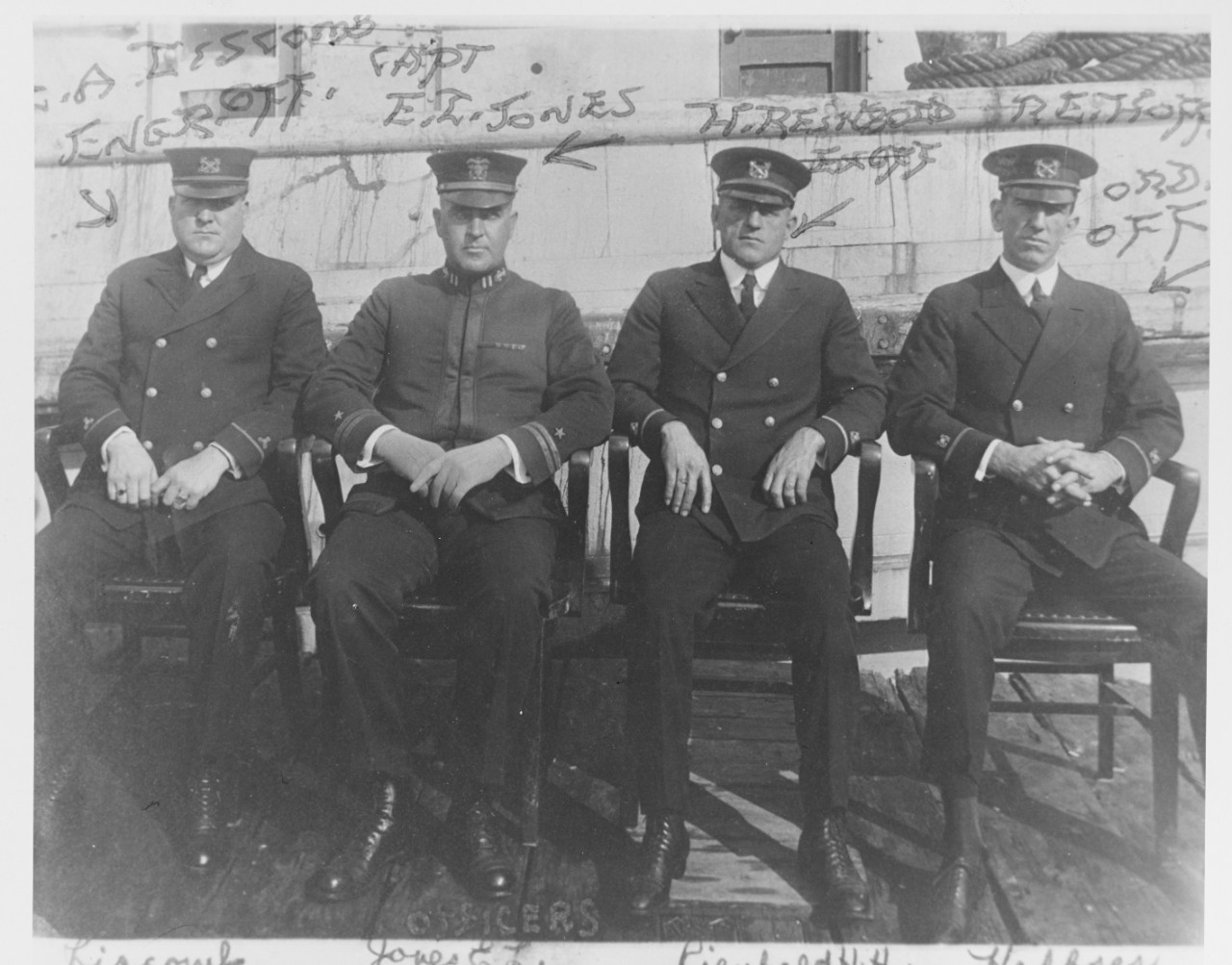 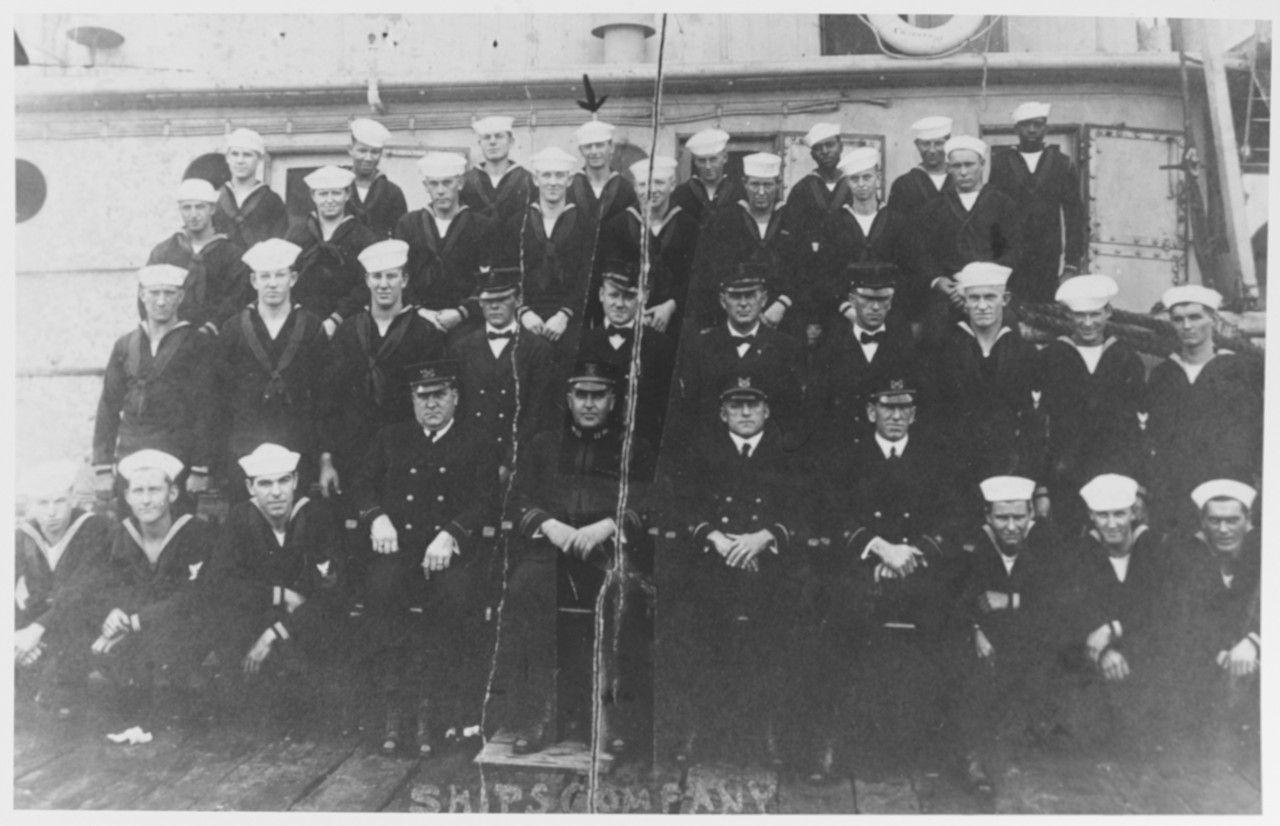 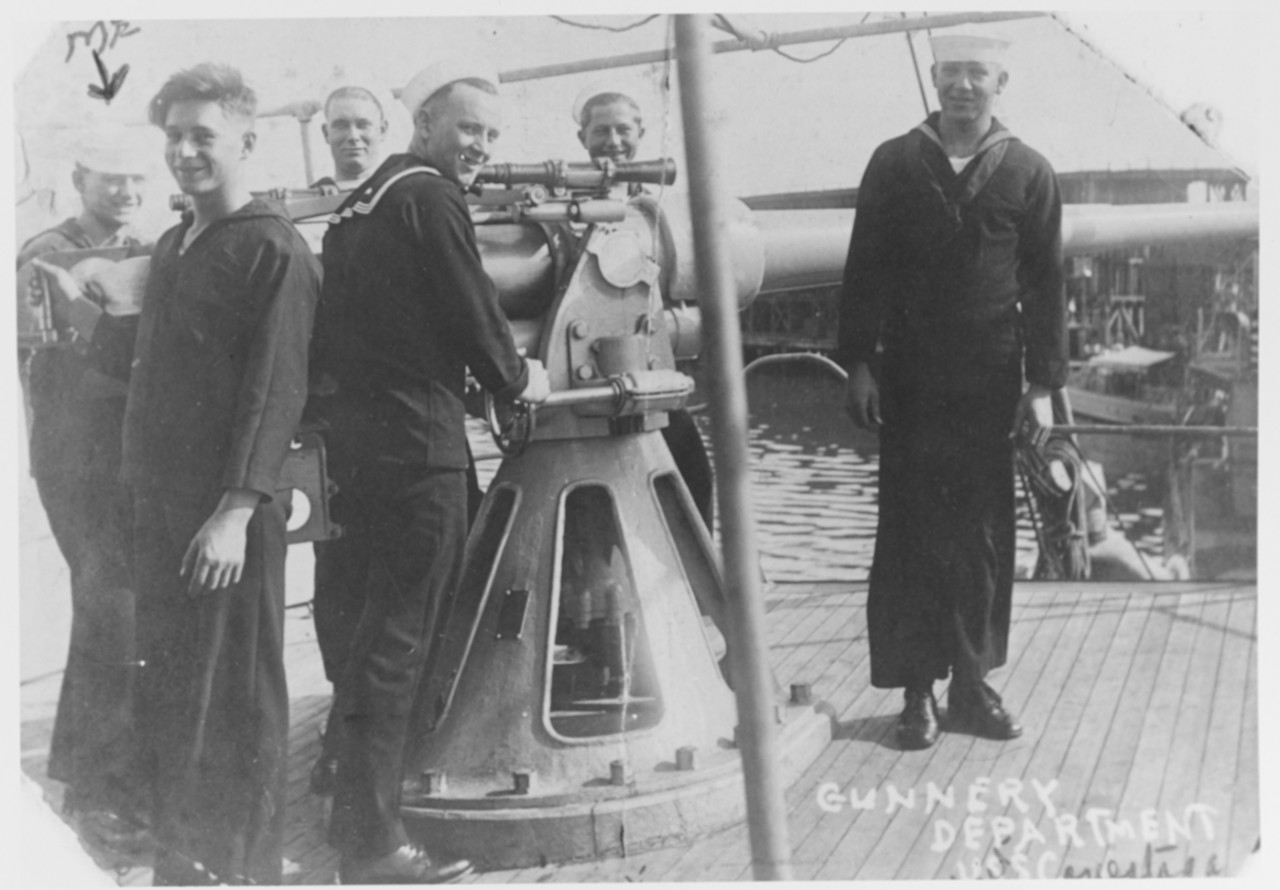 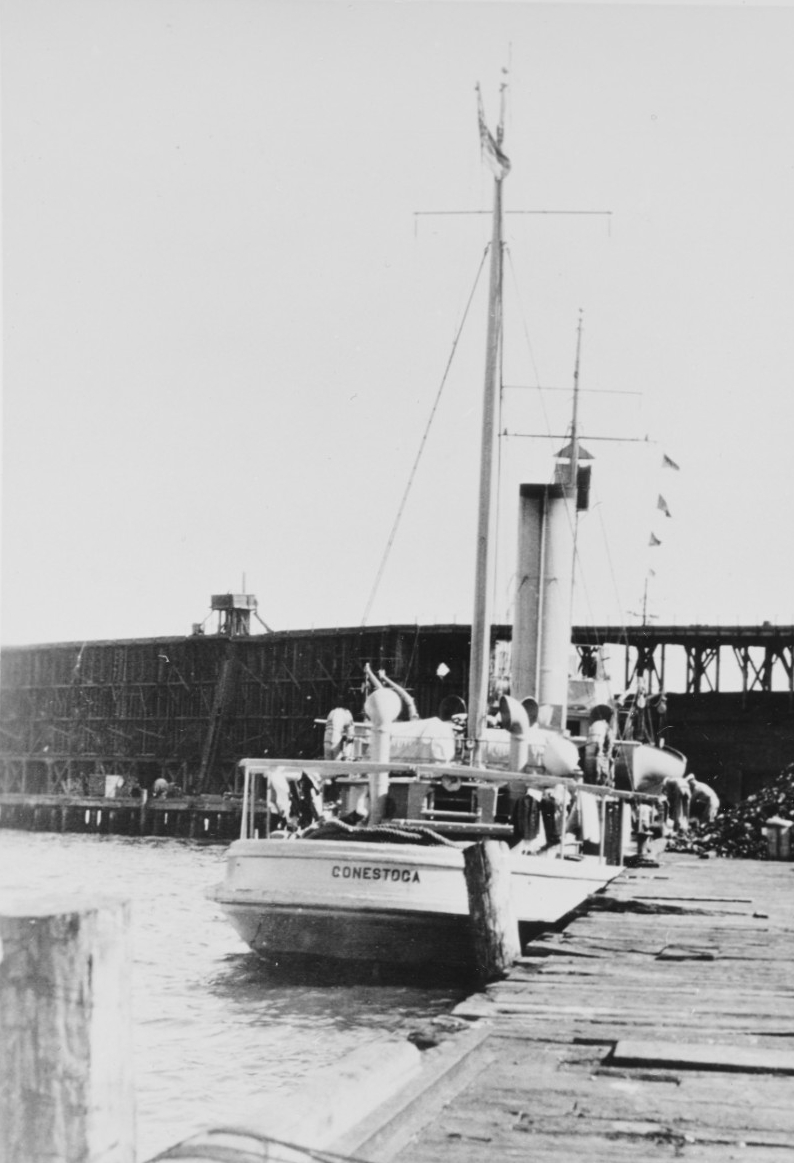 Memorial crew list of the officers and men serving in Conestoga when she disappeared while en route from San Diego, California, to Samoa by way of Pearl Harbor. She had departed San Diego on 25 March 1921. Courtesy of W.P. Burbage, 1970. U.S. Naval History and Heritage Command Photograph. (NH 71508) 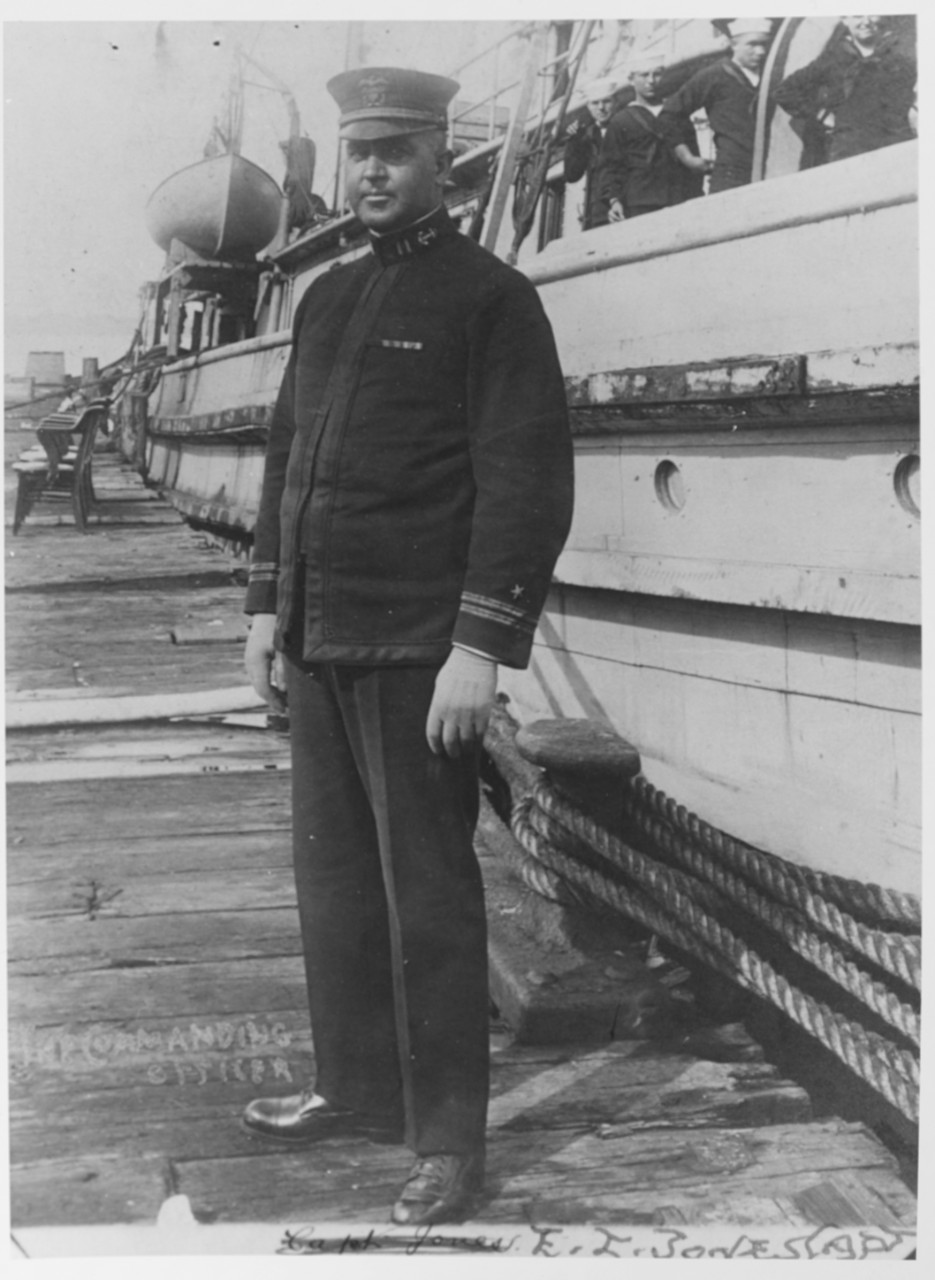 Lieutenant Ernest L. Jones, USN, Commanding Officer, USS Conestoga (AT-54), standing alongside his ship, at San Diego, California, circa early 1921. He was among those lost when Conestoga disappeared after leaving San Diego in March 1921. Courtesy of W.P. Burbage, 1970. U.S. Naval History and Heritage Command Photograph. (NH 71504) 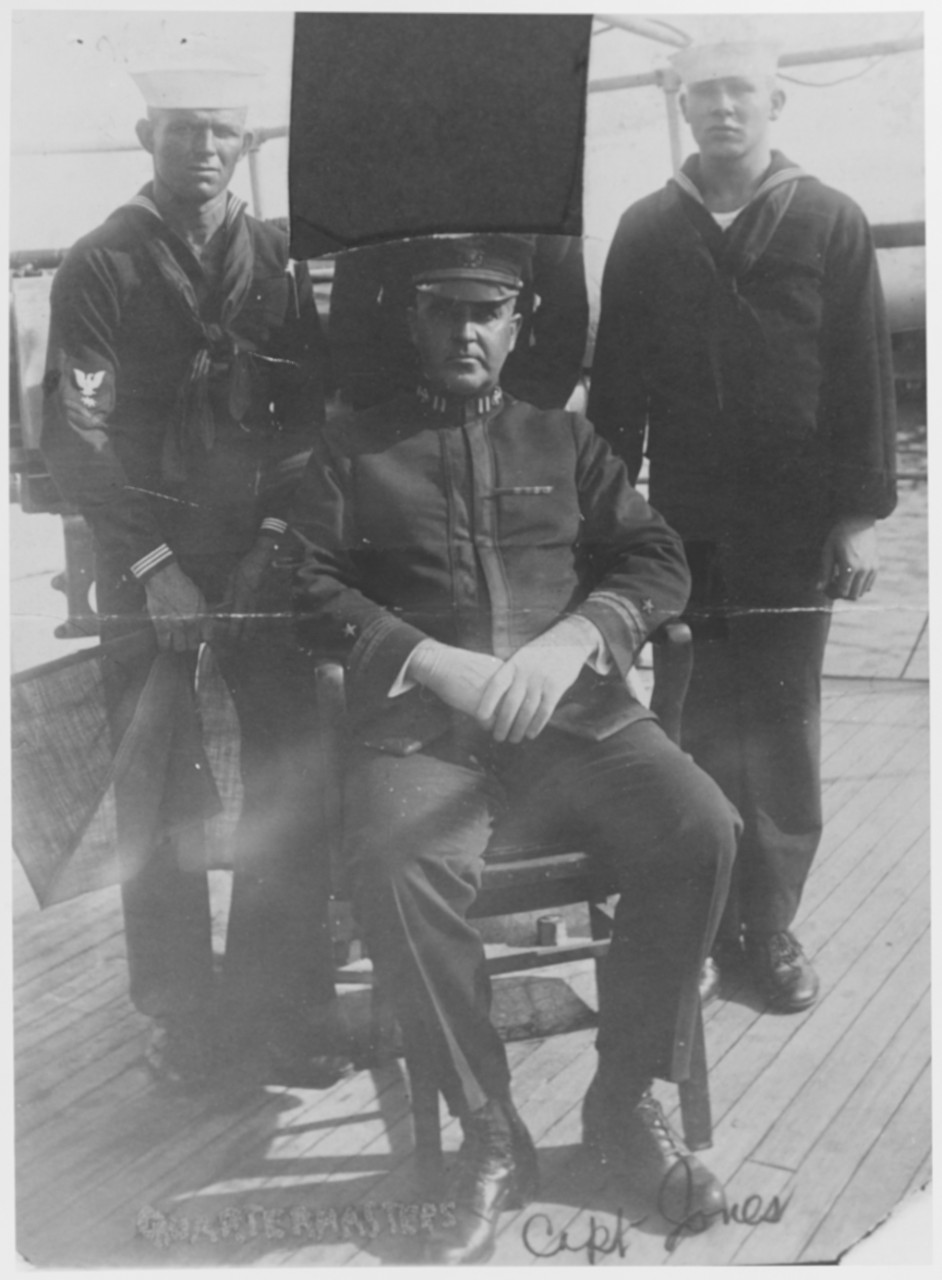 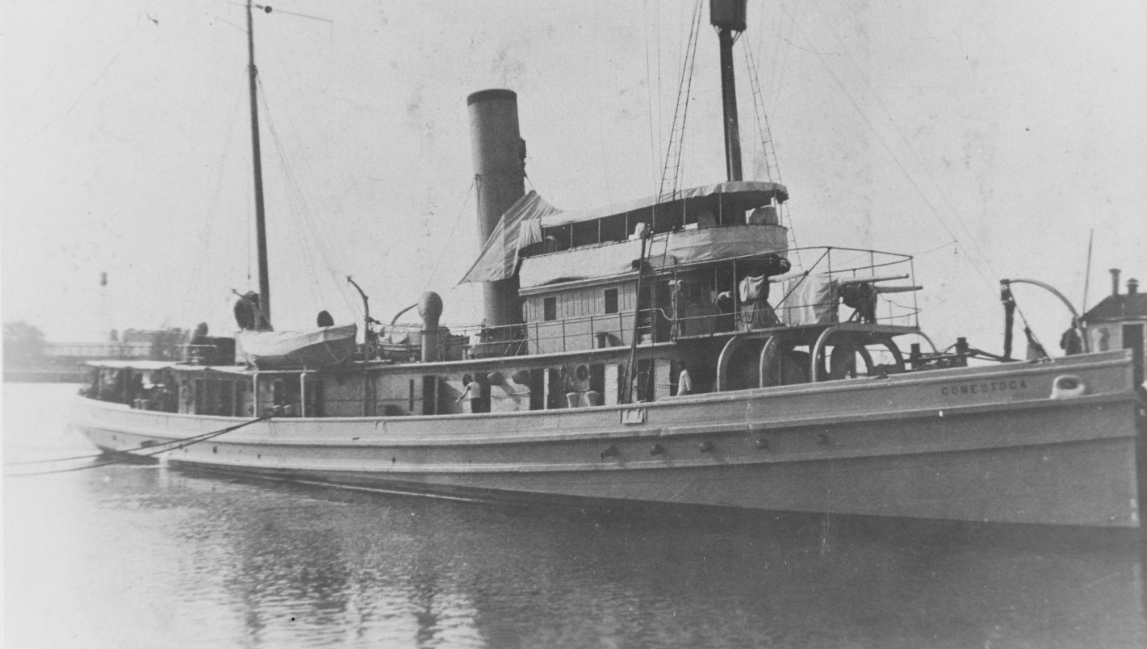 USS Conestoga (AT-54) at San Diego, California, circa early 1921, shortly before she disappeared while en route from San Diego to Samoa, by way of Pearl Harbor. Courtesy of W.P. Burbage, 1970.  U.S. Naval History and Heritage Command Photograph. (NH 71299) 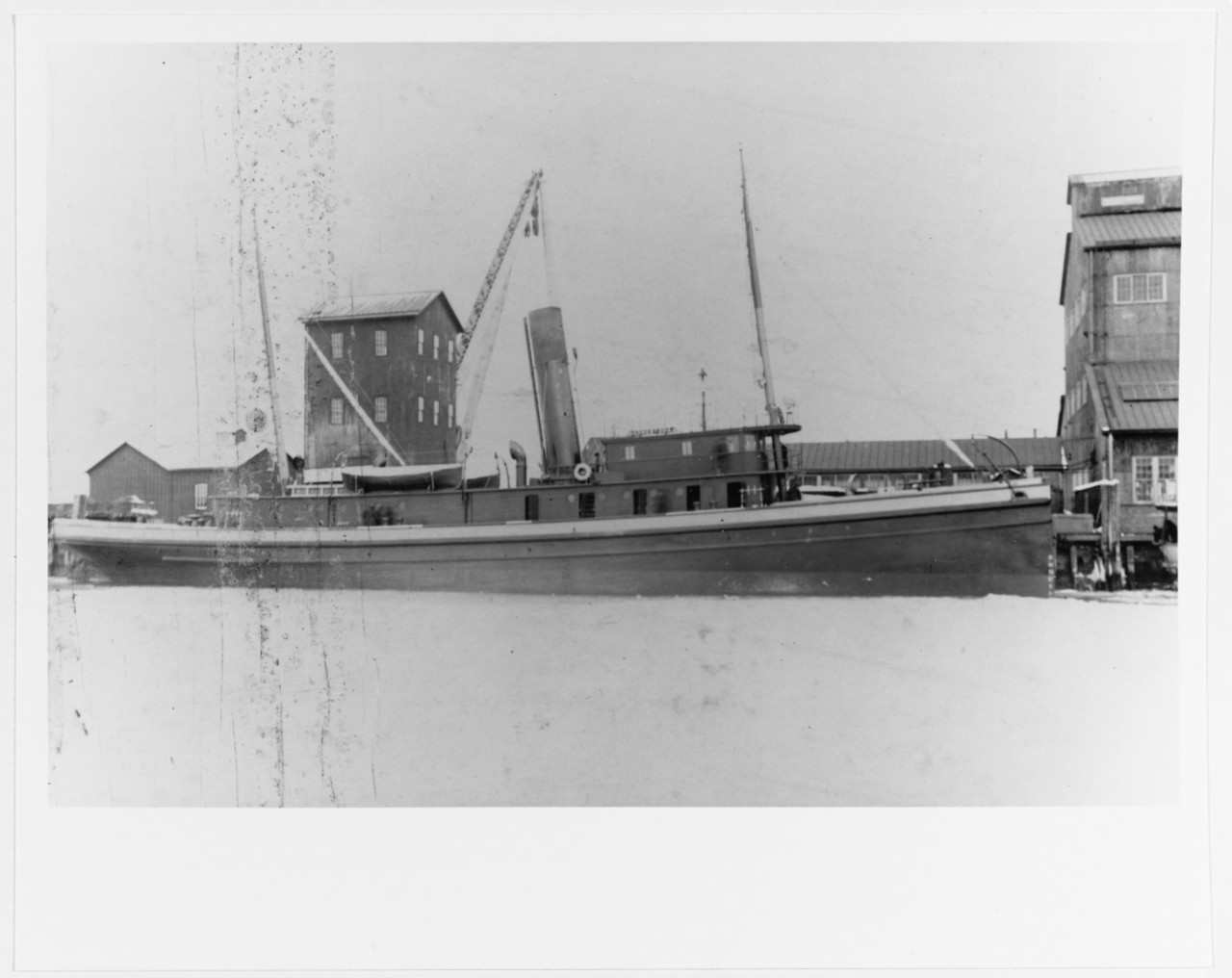