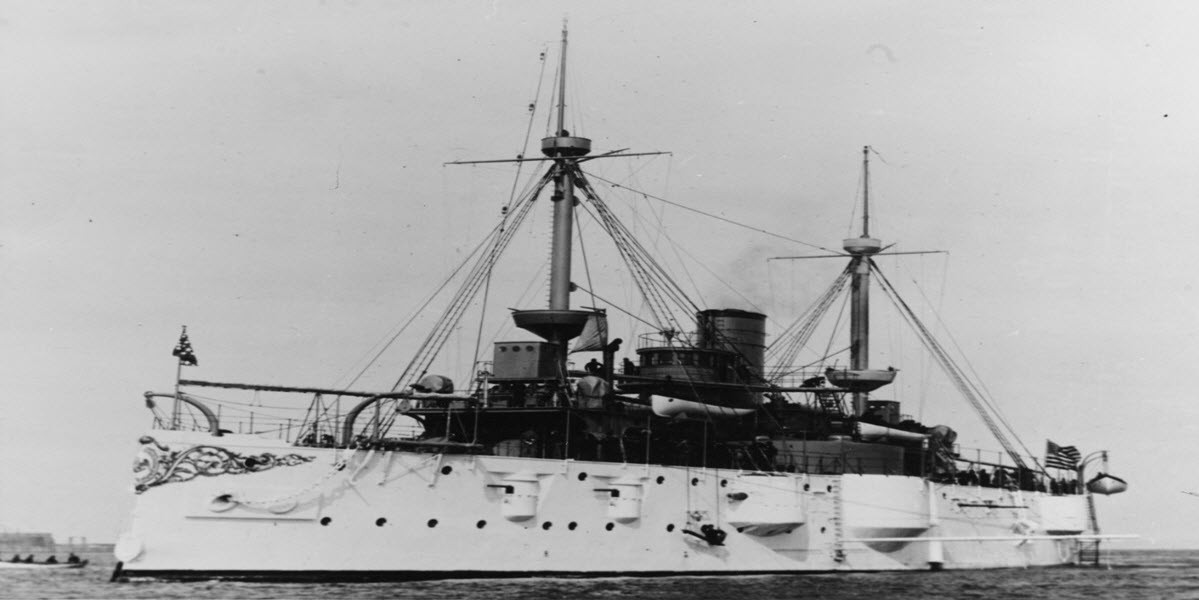 The first Texas was laid down on 1 June 1889; launched on 28 June 1892; and commissioned on 15 August 1895, with Capt. Henry Glass in command. The ship’s sponsor was Miss Madge Houston Williams.

Texas was the first ship built in honor of the state of Texas and was constructed in reaction to the acquisition of modern armored warships by several South American countries. Although building Texas was lengthy and she was plagued by several accidents early in her career, Texas, along with her sister ship, Maine I, were considered advancements in American naval design.

In spring 1898, war between the U.S. and Spain had erupted over conditions in Cuba and the destruction of Maine in Havana Harbor. On 21 May 1898, Texas arrived off Cienfuegos, Cuba, to blockade the Cuban coast. She patrolled off Santiago de Cuba and Guantanamo Bay until 16 June, when the warship joined Marblehead II for the bombardment of Cayo del Tore in Guantanamo Bay. In about an hour and 15 minutes, the ships reduced the fort to insignificance.

On 3 July 1898, during the Battle of Santiago, the Spanish fleet made an attempt to escape the American fleet. Texas immediately took four of the enemy ships under fire. While the battleship's main battery pounded Vizcaya and Colon, her secondary battery joined Iowa and Gloucester in battering two torpedo-boat destroyers. One by one, the larger Spanish destroyers fell out of action and succumbed to the combined fire of the American fleet. By the end of the day, the Spanish fleet had been annihilated. Just two weeks after the great naval victory, Santiago de Cuba fell and a day later Santiago, Spain, surrendered.

On 11 February 1911, Texas had her name changed to San Marcos to allow the name Texas to be assigned to Battleship No. 35. On 10 October 1911, her name was struck from the Navy list and she was subsequently sunk as a target in Tangier Sound in the Chesapeake Bay. 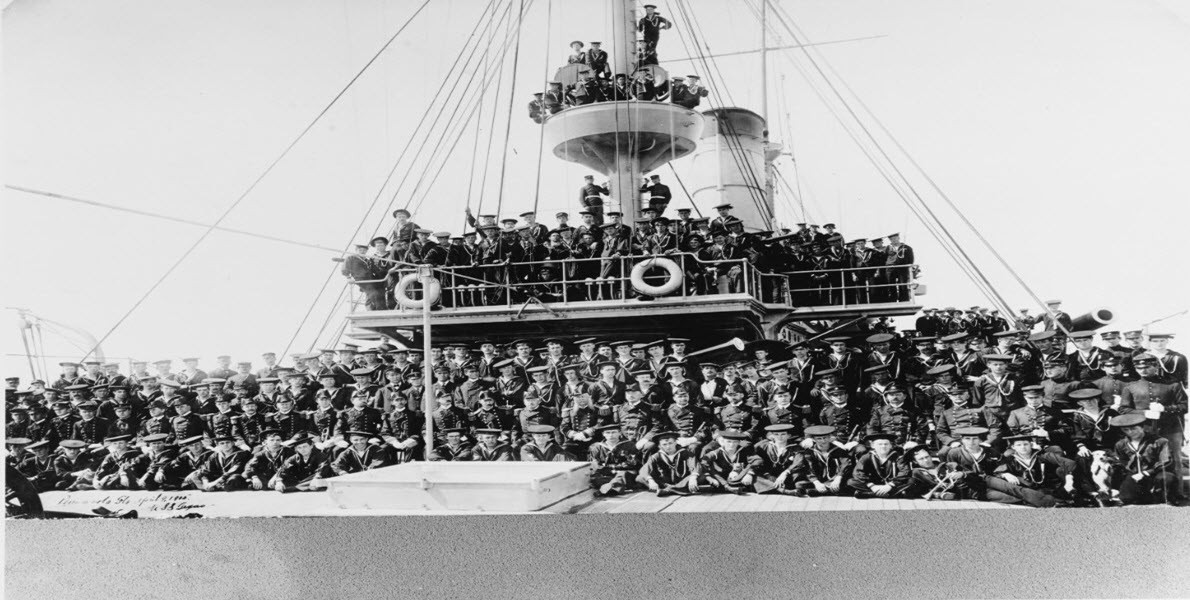