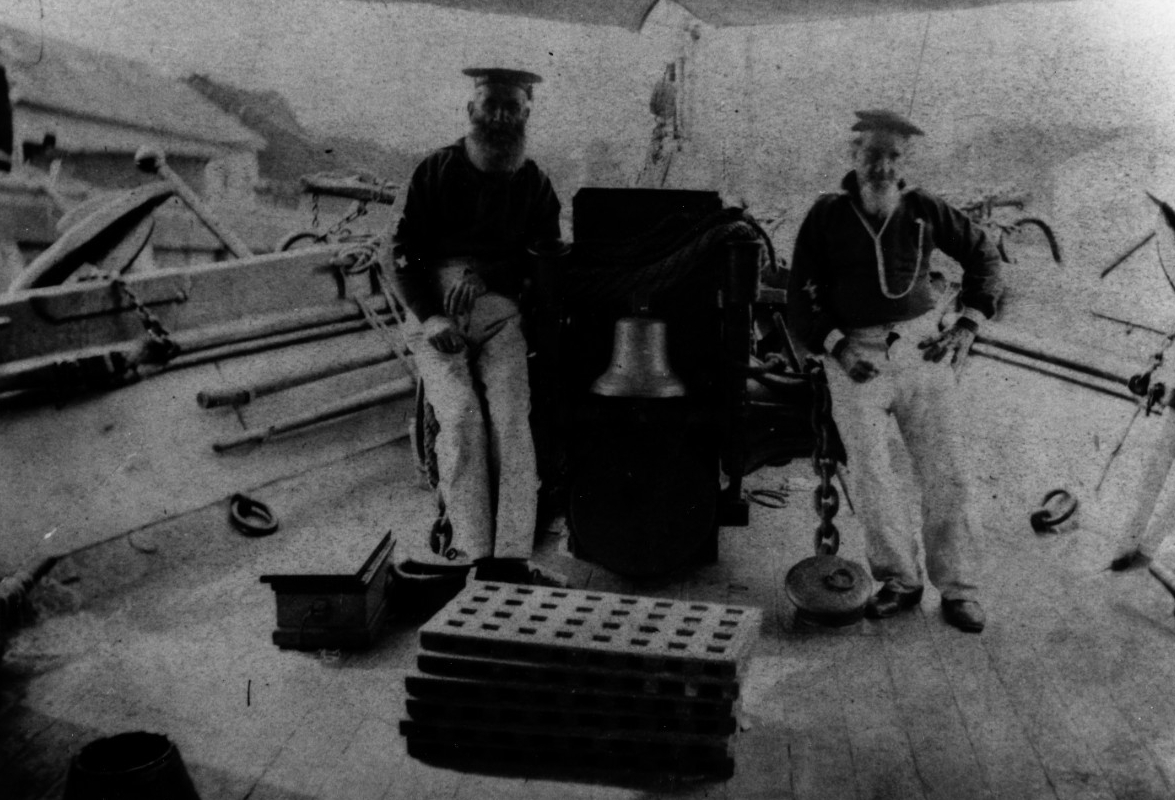 Ship bells have been a part of the traditions of the world's navies and merchant fleets for centuries for both functional and ceremonial uses. One of the earliest recorded mentions of a ship's bell was on the British ship Grace Dieu in about 1485. Some ten years later, an inventory of the English ship Regent listed two “wache bells.”

Used for signaling, keeping time, and sounding alarms, bells are an important part of a ship's routine and readiness. Before the advent of the chronometer, time at sea was measured by the trickle of sand through a half-hour glass. One of the ship's boys had the duty of watching the glass and turning it when the sand had run out. When he turned the glass, he struck the bell as a signal that he had performed this vital function. This age-old practice of sounding the bell on the hour and half hour still holds a place in the modern Navy.

The sounding of a ship's bell can serve as a warning signal to other vessels in poor visibility and fog. In 1858, British naval regulations made this warning function mandatory. Today, maritime law requires all ships to carry an efficient bell. Early American ships adopted many of the practices and traditions of the British navy, including the use of bells. In 1798, Paul Revere cast a bell weighing 242 pounds for the frigate Constitution.

The ship's bell can announce the presence of important persons. When the ship's captain, a flag officer, or other important person arrives or departs, watch standers make an announcement to the ship and ring the bell. This tradition extends to major naval command transitions, often held aboard vessels associated with the command.

A custom to baptize a child under the ship's bell originated in the British navy. Sometimes, the bell was filled with water to be used as a christening bowl for the ceremony. Once the baptism was completed, the child's name could be inscribed inside the bell.

U.S. Navy bells are part of the many artifacts removed from decommissioned vessels and preserved by the Naval History and Heritage Command. They may be provided on loan to new namesake ships, naval commands with an historical mission or functional connection, and to museums and other institutions that are interpreting specific historical themes and displays of naval history. Ship’s bells remain the permanent property of the U.S. Government and the Department of the Navy. Bells remain a powerful and tangible reminder of the history, heritage, and accomplishments of the naval service. 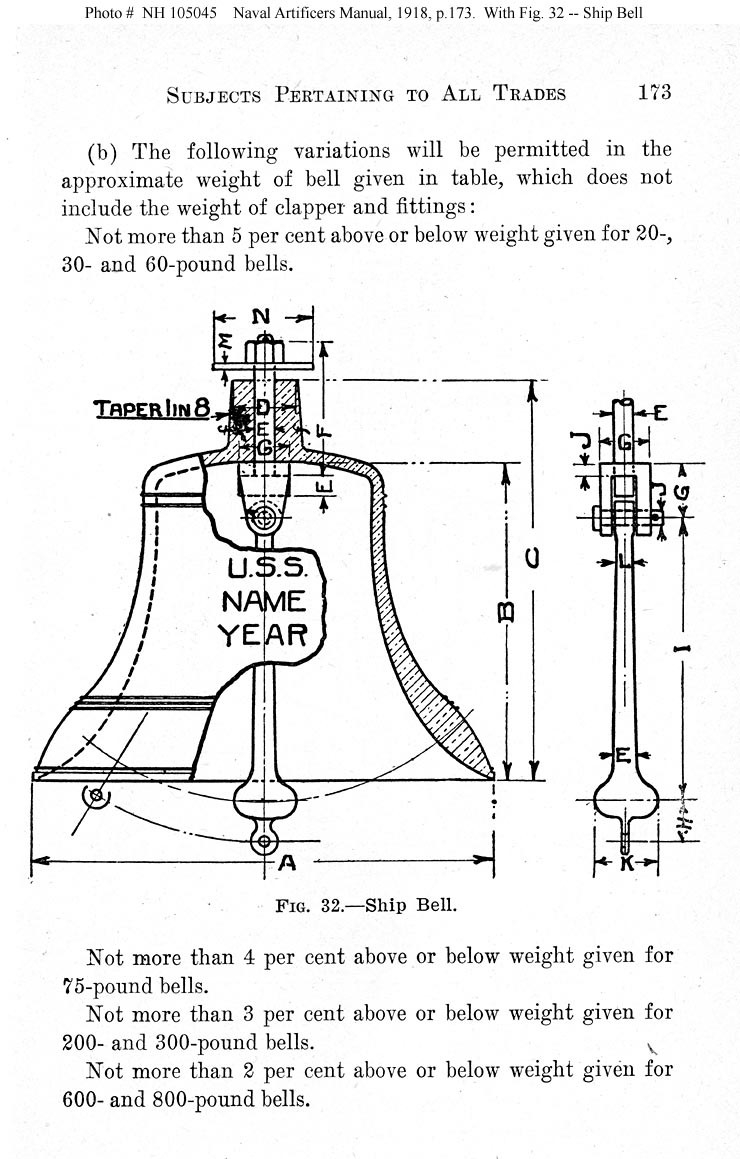 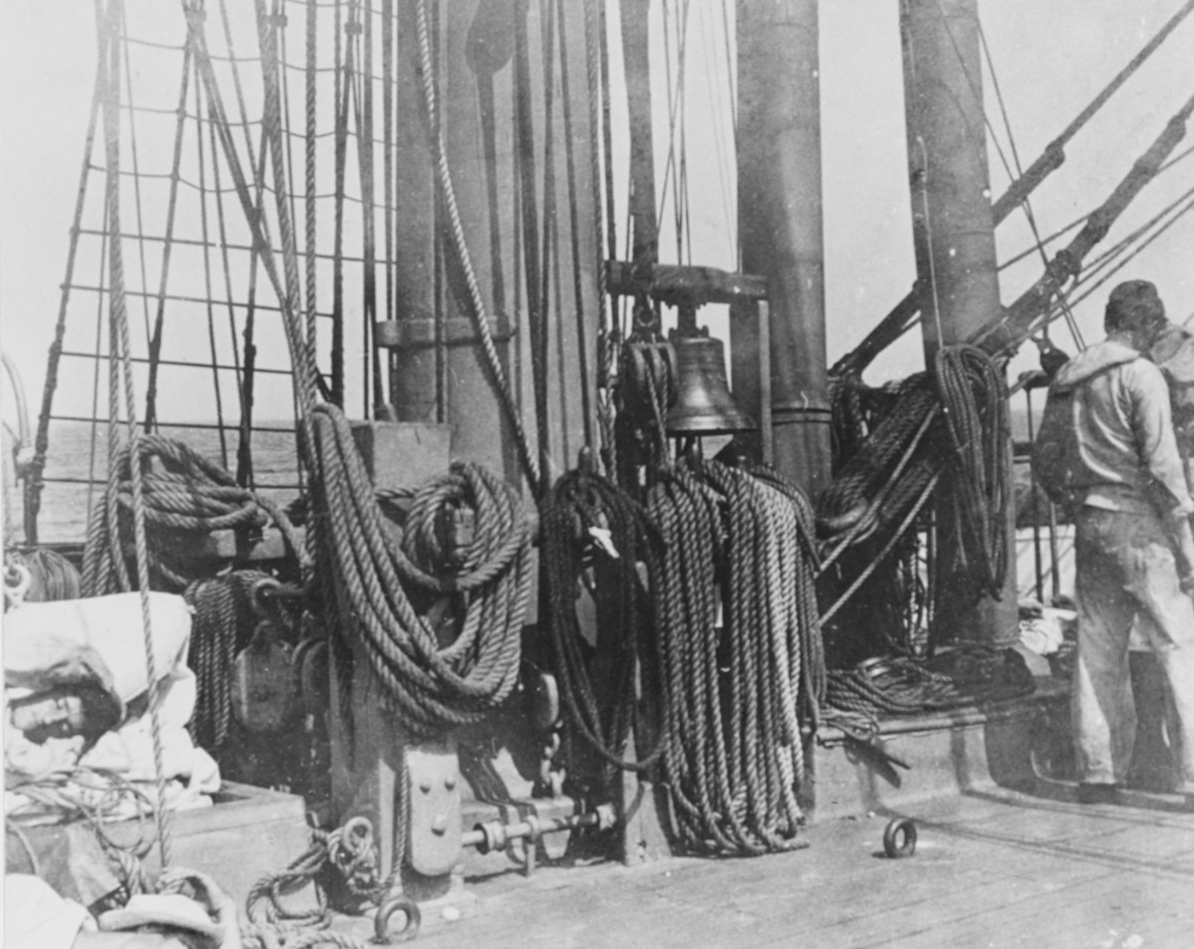 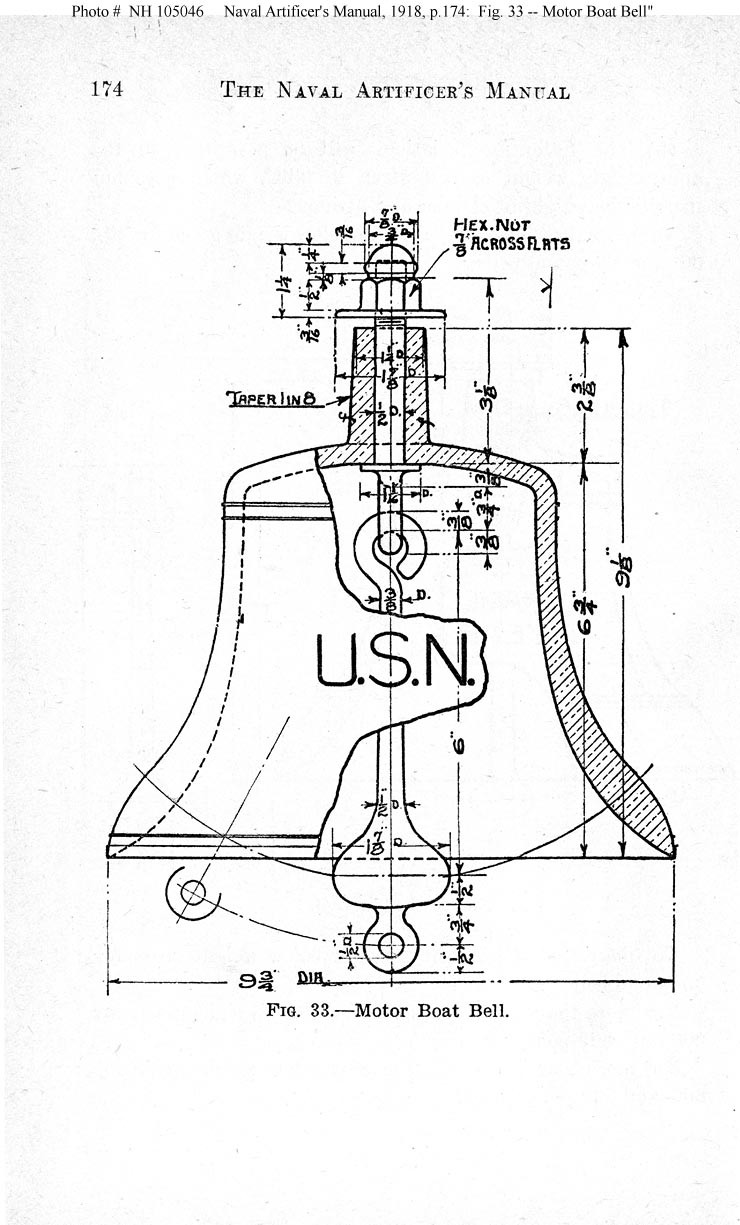 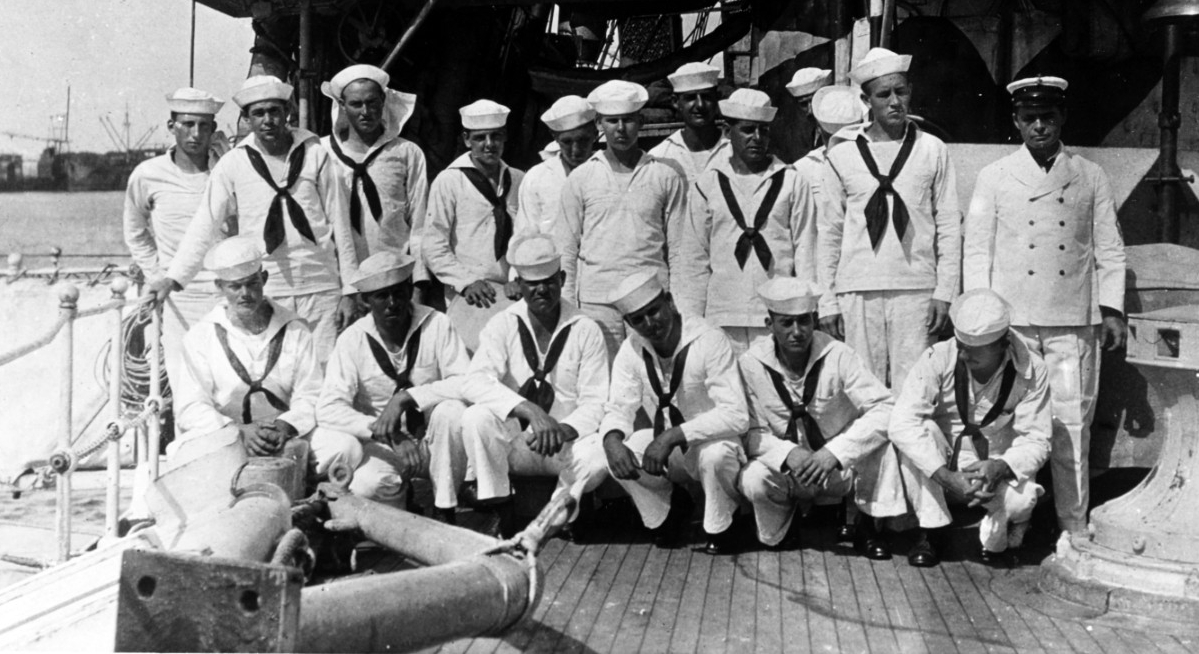 Some of the ship's crewmen, posed in front of the bridge, circa 1918.  Note camouflage paint on the superstructure, ship's bell, and stowed anchor davit. 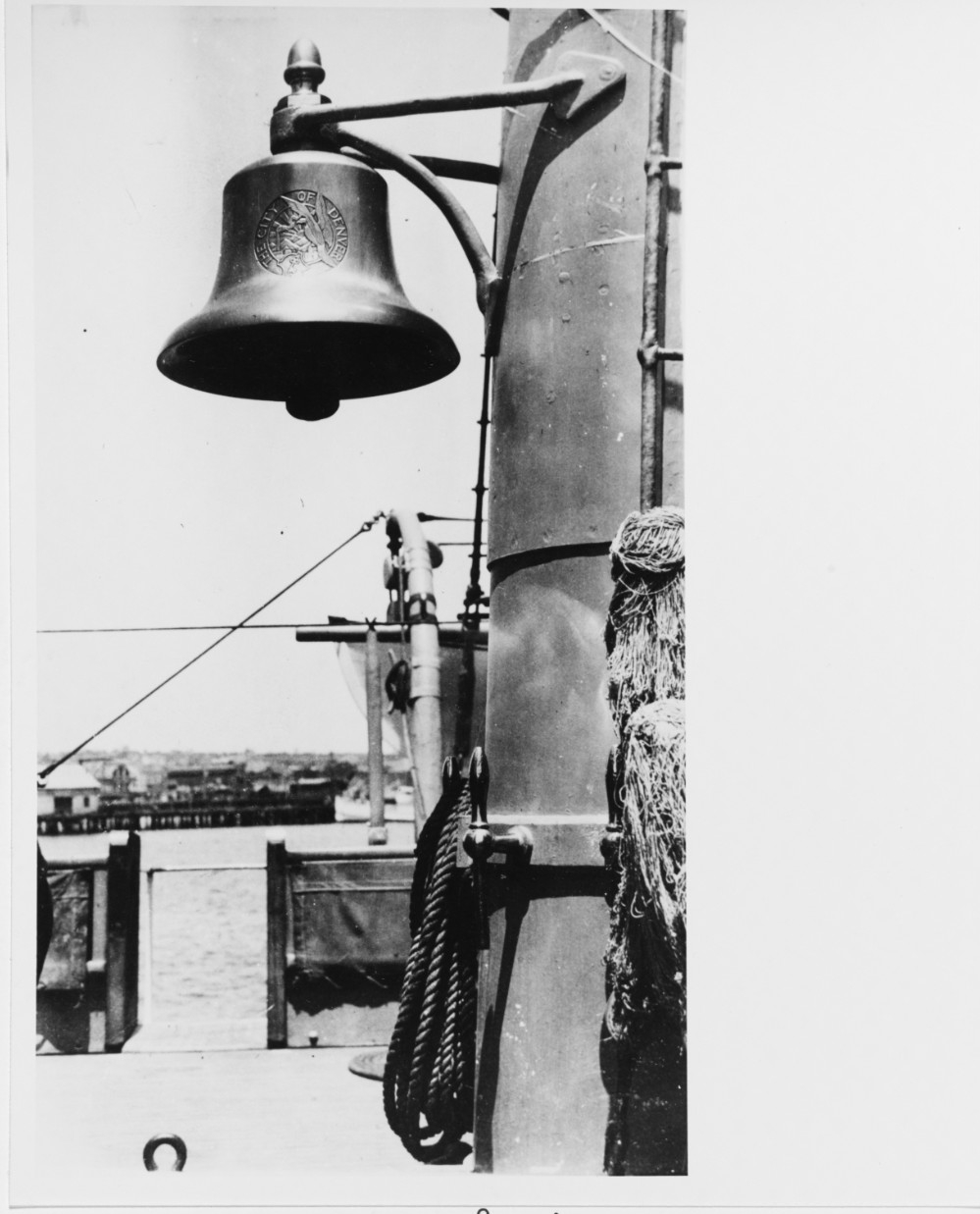 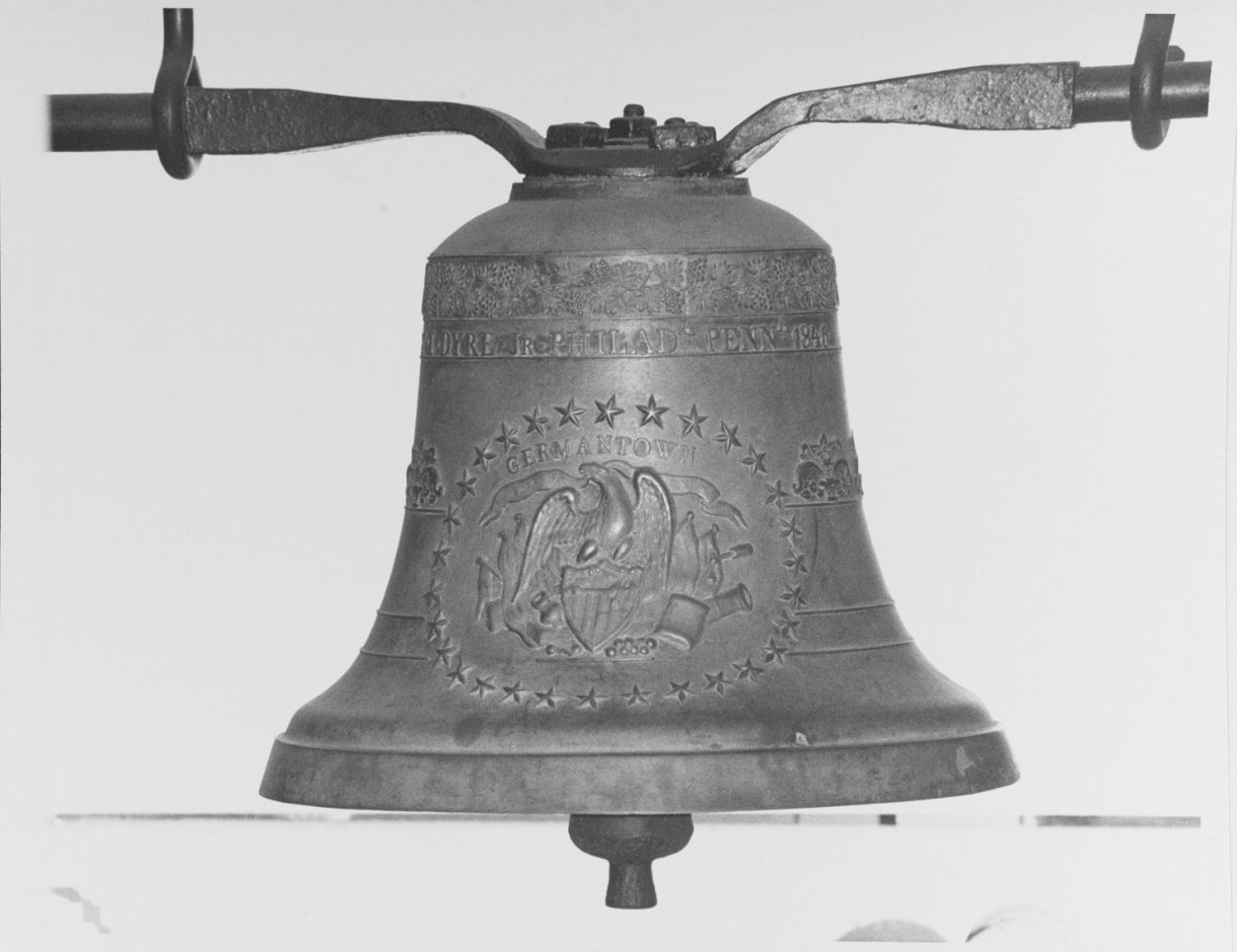 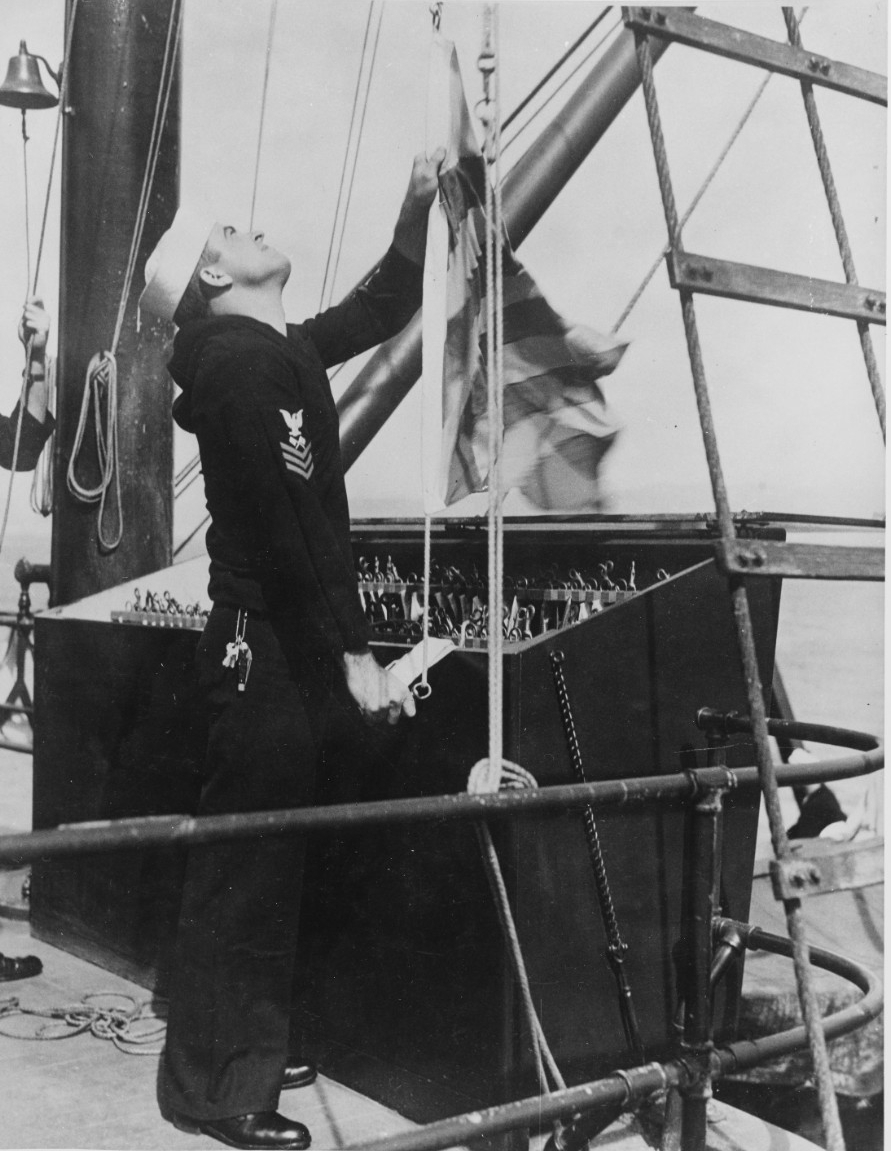 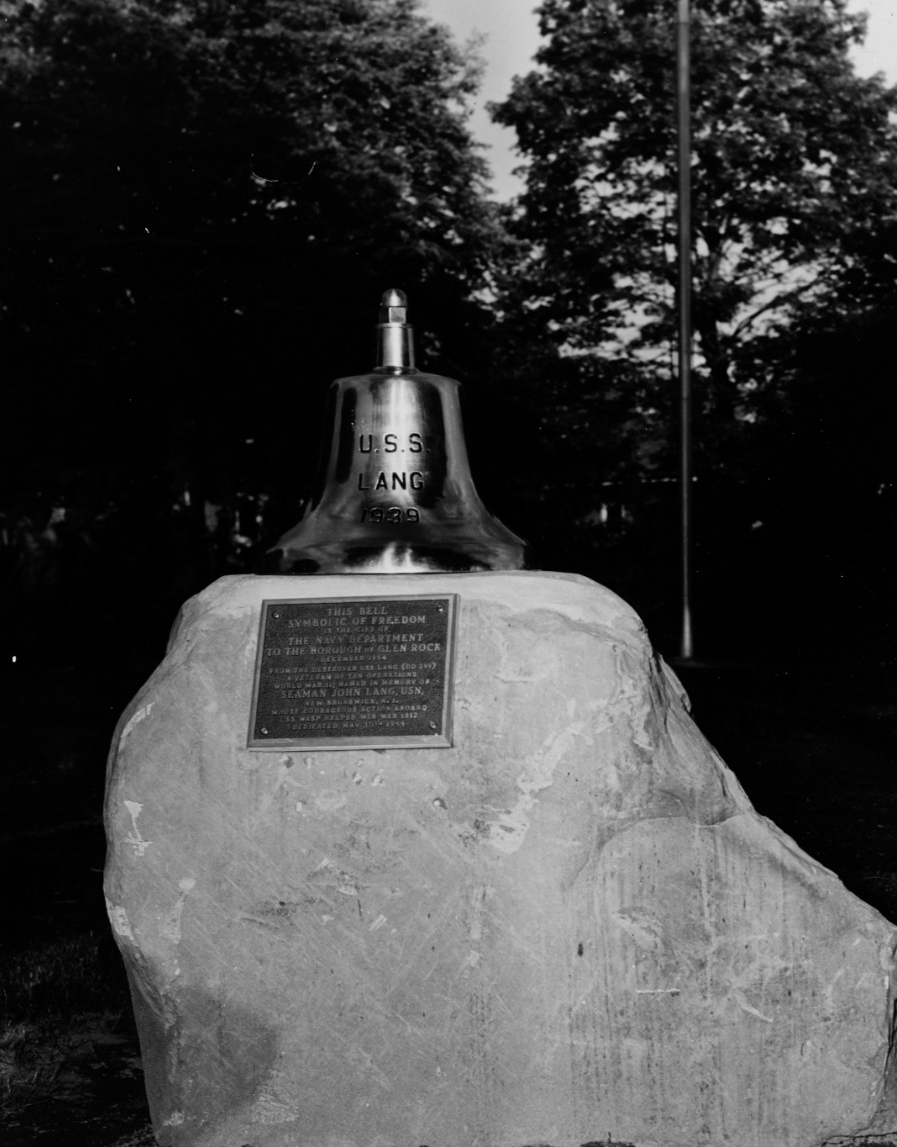