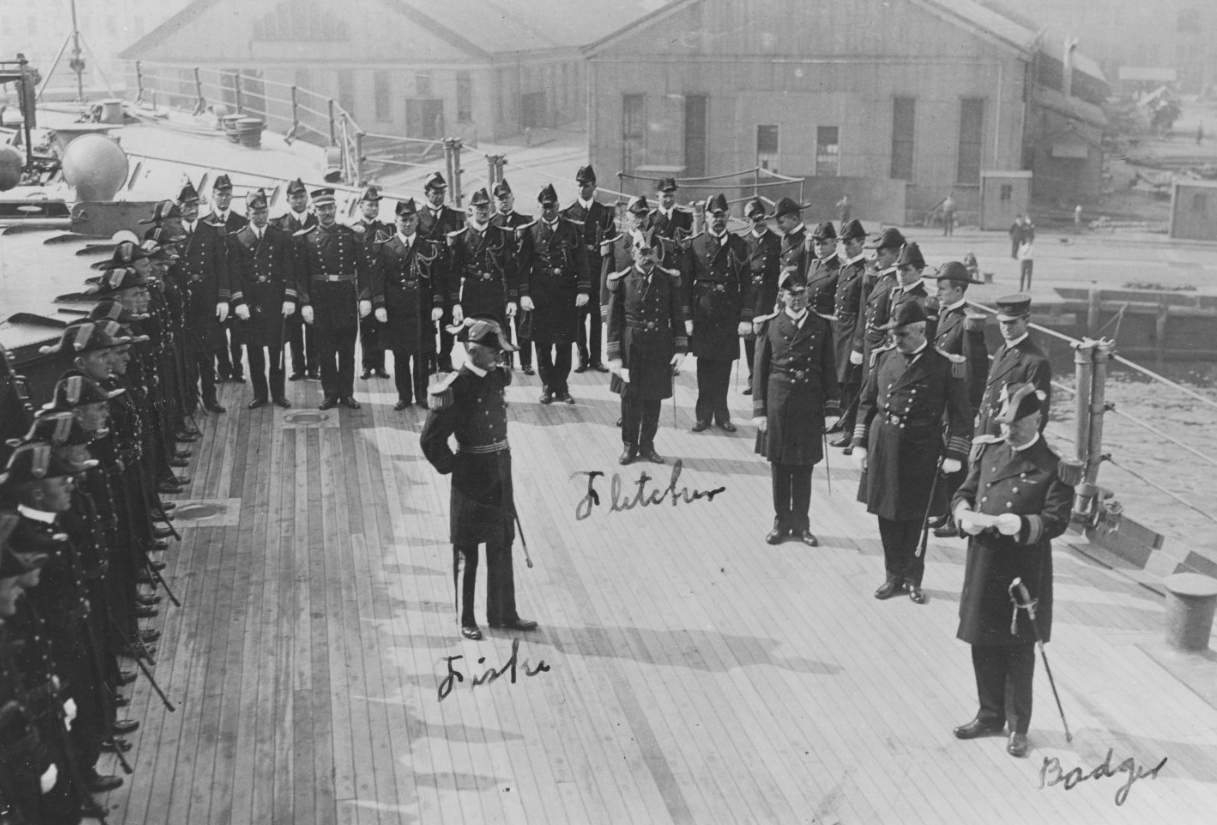 The line officer of today's U.S. Navy looks forward to the time when – with added years and varied experience in the sea service ─ he or she will be ordered to command a ship. The order will stem from the Chief of Naval Personnel in approximately these words: "Proceed to the port in which USS Advance may be and upon arrival, report to your immediate superior in command, if present, otherwise by message, for duty as commanding officer of USS Advance."

At this point the new commanding officer will be participating, for the first time actively, in the "change of command" ceremony. What is the tradition of the change of command?

Very little has been written on the subject. The basic sources, outside of custom and tradition, are Navy regulations. The first mention of the ceremony in Navy regulations occurs during the Civil War; there has been little change in the procedures of the change of command since then.

Relating specifically to the change of command ceremony is the regulation that at the time of turning over command the outgoing commanding officer will "call all hands to muster, read the order of detachment and turn over command to his or her relief, who will read the orders of relief and assume command. At shore activities, this procedure may be modified as appropriate."

The new commanding officer, after reporting to the senior officer afloat, and to the type, division or task force commander or other prospective senior in the chain of command, reports in turn aboard his or her ship to the commanding officer.

The change of command ceremony itself is under way when all hands are called to quarters at the appointed hour. On a destroyer, the crew usually musters on either the forecastle or fantail. Sufficient room is left for the ceremony. The uniform is service dress, blue or white.

The retiring officer then leaves ship's company with its new skipper, who may or may not give a brief talk to the personnel of his or her new command. The new commanding officer will include a statement that standing orders will remain in effect. The new skipper then turns to and orders the executive officer to continue with ship's routine.

The ceremony is over and he or she is now commanding officer of USS Advance. 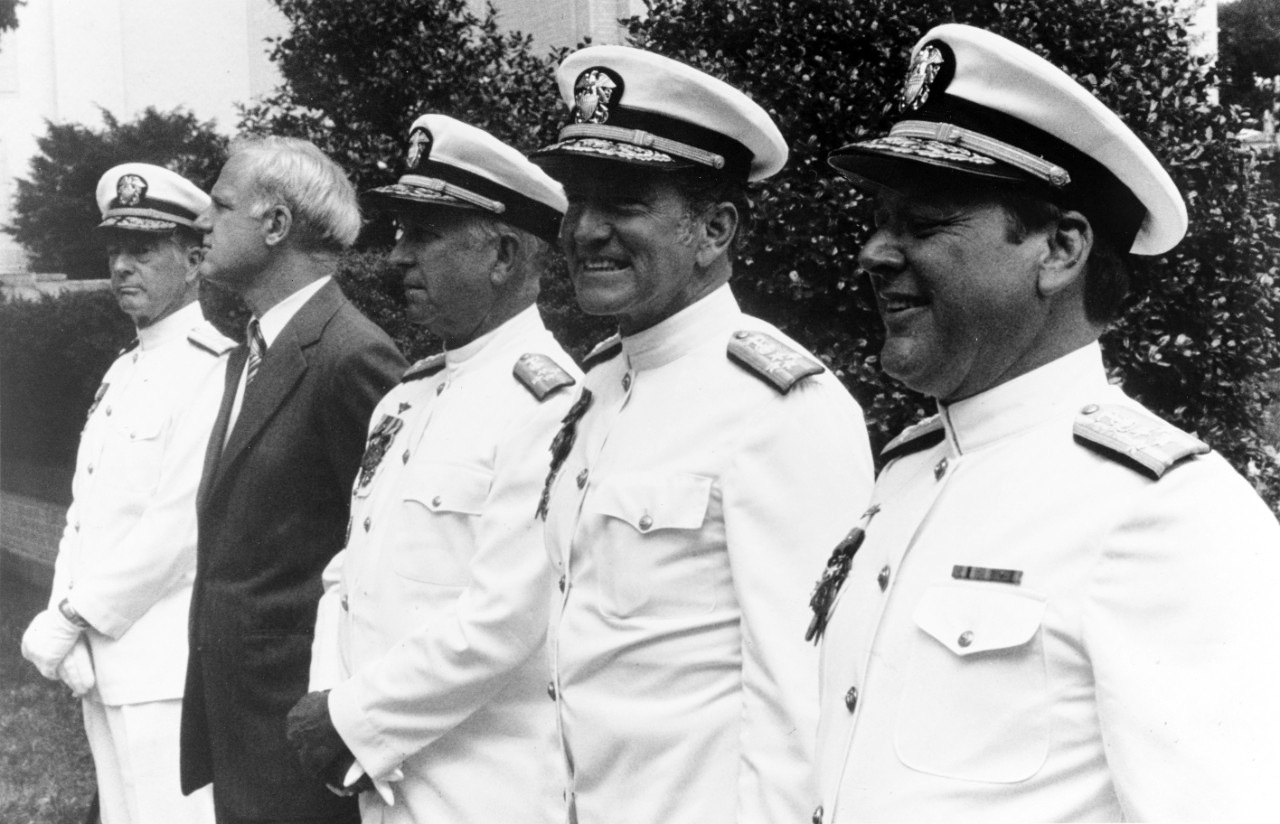 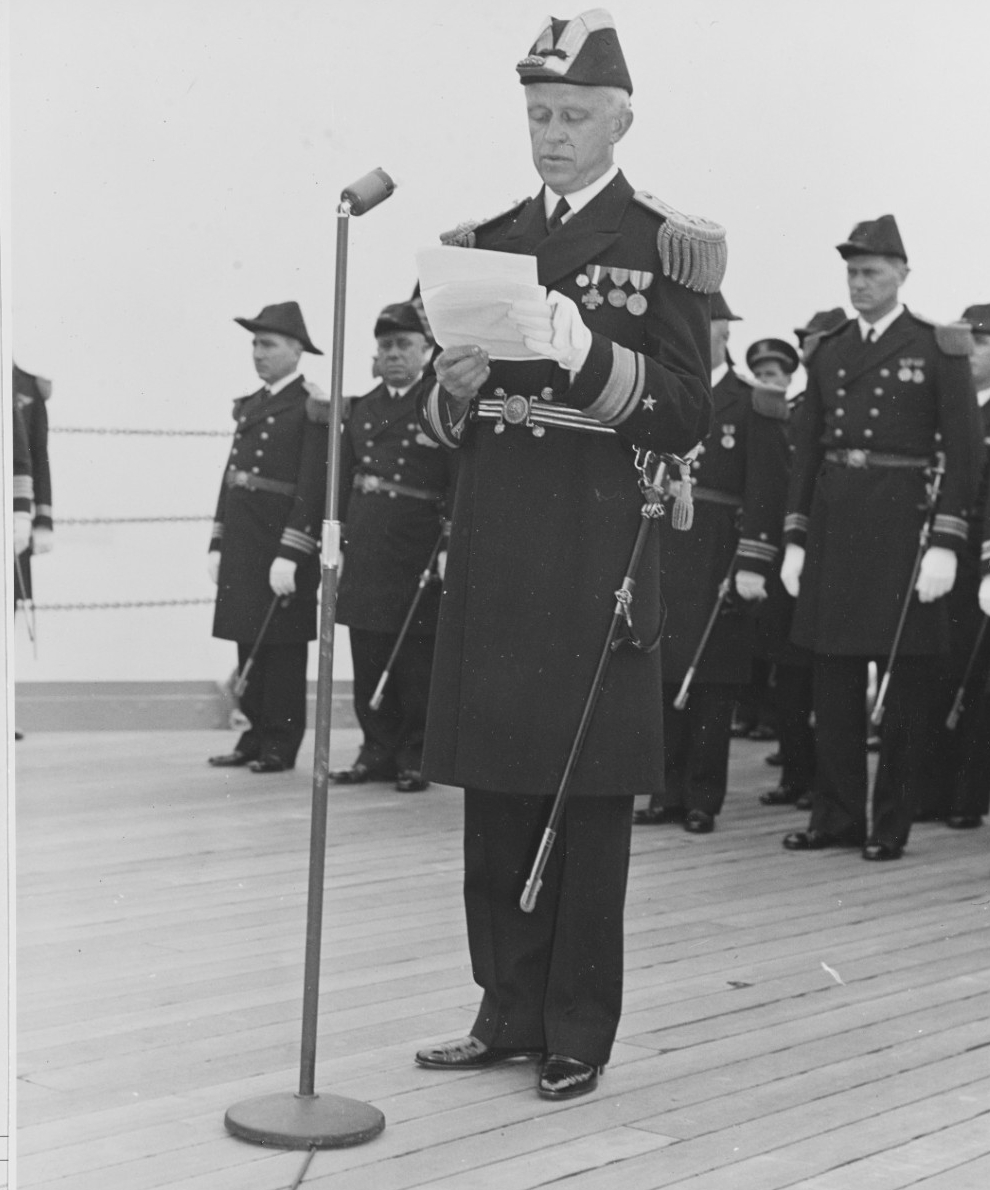 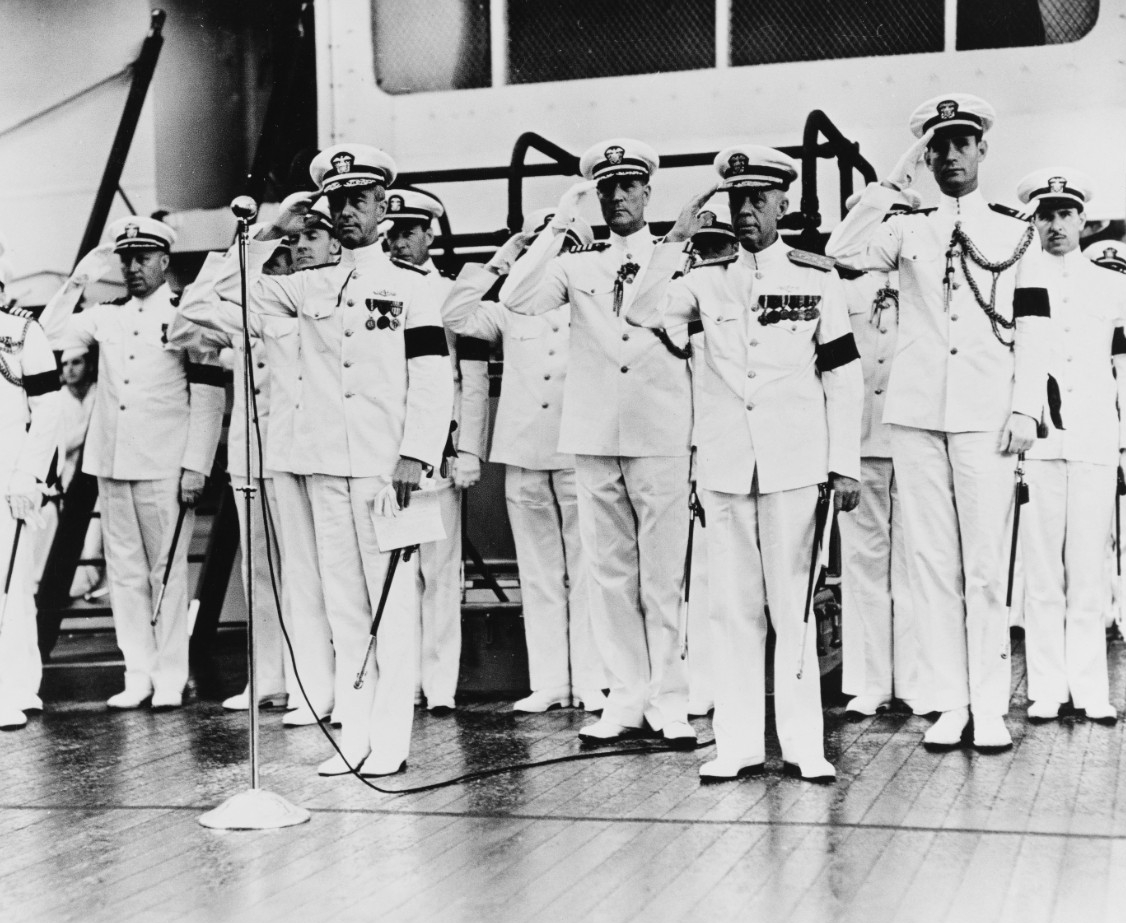 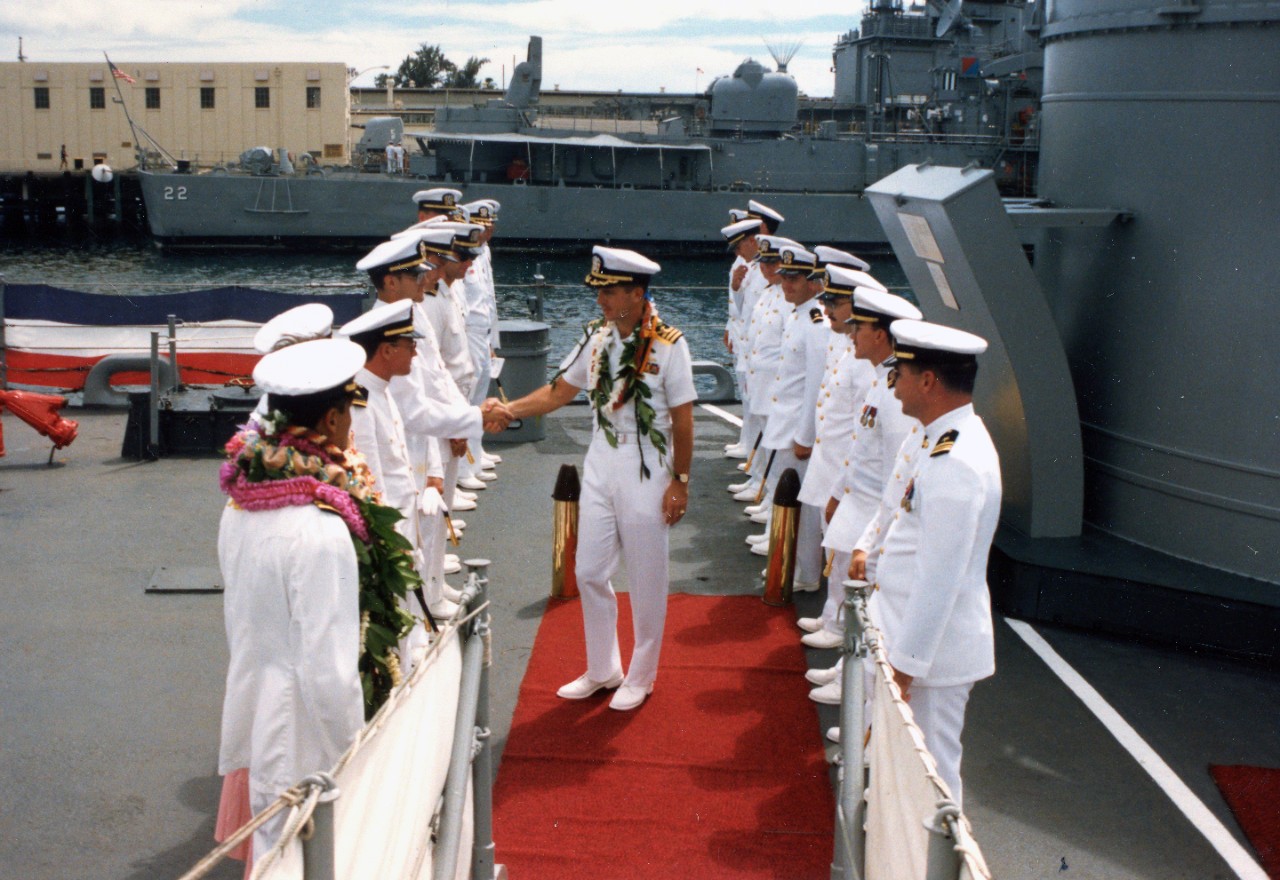 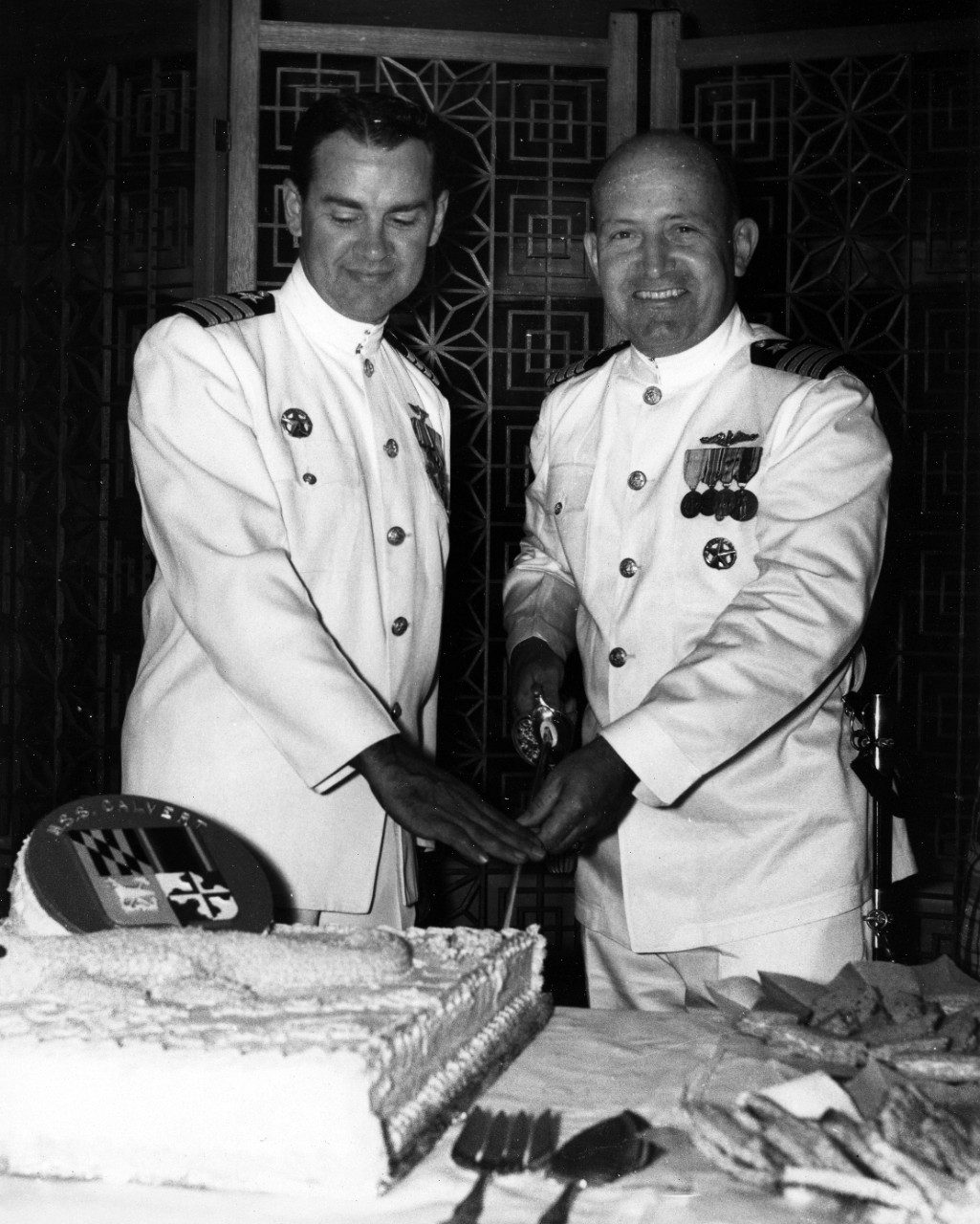 Captain John G. Ward slicing the cake with an unidentified officer at the change of command ceremony for USS Calvert (APA-32). (UA 476) 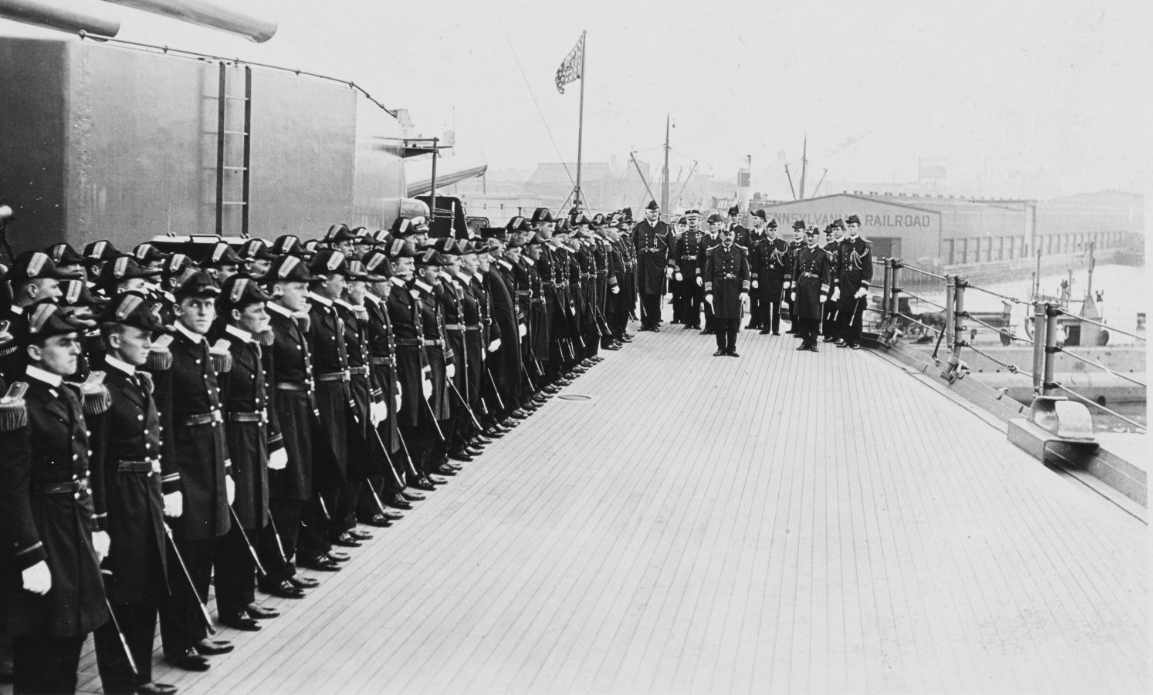