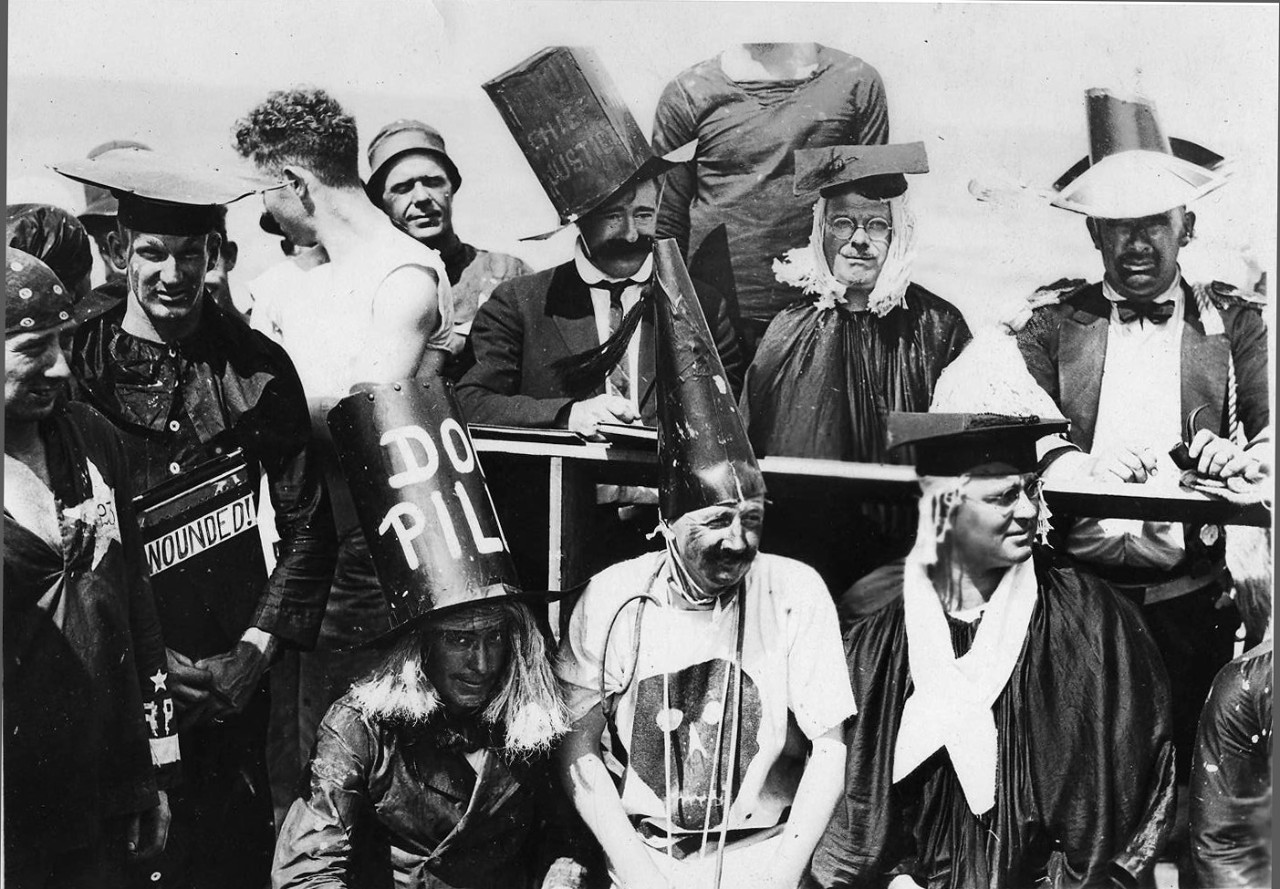 Title: Cast of characters during a Crossing the Line ceremony

Although crossing the equator may seem like a routine event for any modern-day naval vessel, navies have celebrated the time-honored tradition for centuries. Back in the days of wooden ships, Crossing the Line ceremonies were designed to test young Sailors on their first cruise out in the open sea.

The rich tradition of the Crossing the Line ceremonies often involved varied events throughout which pollywogs, the term given to those who have not crossed the equator before, were put through a series of initiation rites involving harrowing and often embarrassing tasks, gags, obstacles, physical hardships, and generally good-humored mischief. After the ceremony, the Sailors were inducted into the "Solemn Mysteries of the Ancient Order of the Deep" meaning that King Neptune had accepted them as one of his trusty shellbacks. With the pollywog to shellback transition complete, a certificate was often awarded to the new shellback as a rite of passage.

When the ceremonies were first conducted, they were physically challenging and could even be painful or embarrassing to the Sailors. Today, the event is voluntary and is conducted more for entertainment purposes and morale boosting than anything else. Other milestones such as crossing the Antarctic Circle and deep sea diving have also been adopted in this tradition.