Goats and the U.S. Navy 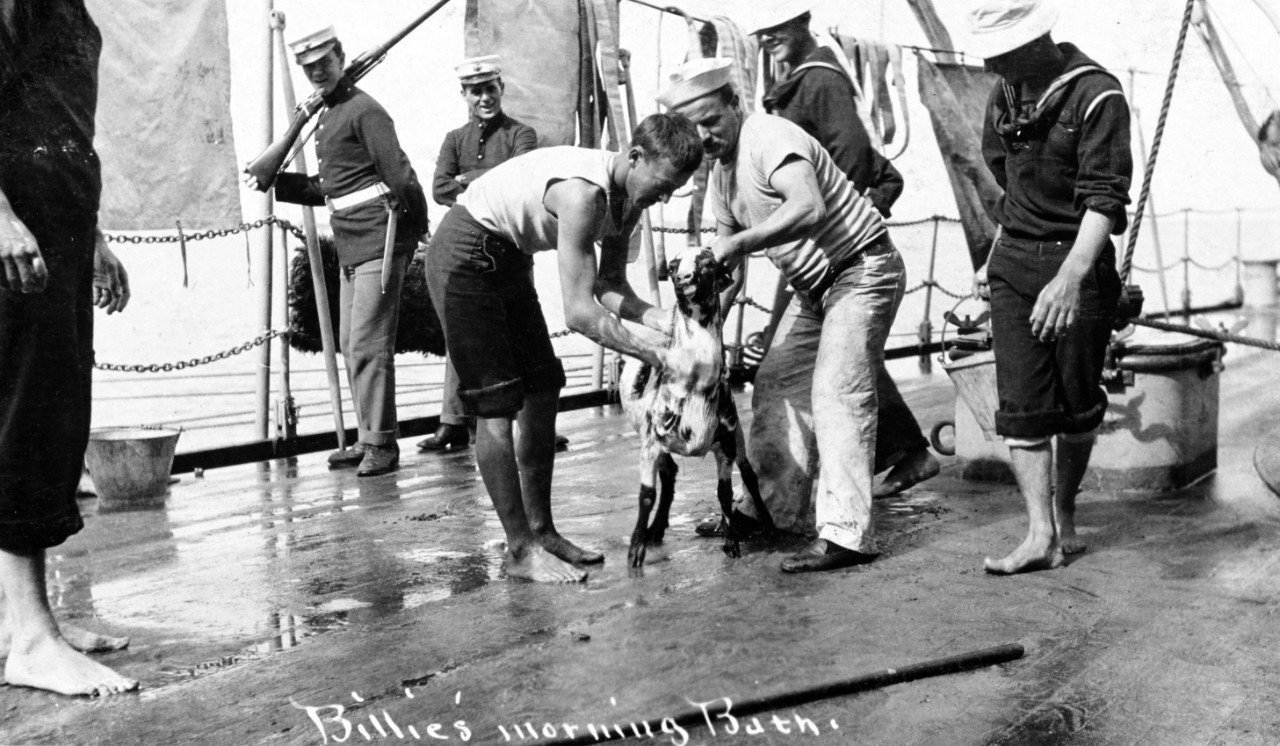 "Billie's Morning Bath." Sailors washing a goat mascot on board a U.S. Navy battleship, circa 1907-1908. Note Marines looking in the left-center background, one armed with a Krag-Jorgensen rifle. This view may have been taken during the Great White Fleet world cruise. Collection of Chief Quartermaster John Harold (NH 101549).

From being a food source to serving as a mascot, goats have a long history in the U.S. Navy.

In the early days of the service, many larger ships kept goats and other livestock on board as a source of fresh meat and milk. Not all livestock fared as well as goats. Oxen could get scurvy and sheep did not take well to sea life. Hens only prospered in good weather. Goats were the only livestock able to maintain “sea legs,” in any weather, and under all conditions.

Into the 19th century, goats continued to be useful aboard ship. Rear Adm. Robley D. Evans gave an account of the time when, as a junior officer, he was ordered to milk a very agitated goat onboard Shenandoah in 1873.

“I found her in a very excited state of mind apparently, having butted out the captain’s steward and a marine orderly who had attempted to relieve her of her milk. One of them had tried to hold her while the other went for the milk. . . . procuring some warm water and exercising a little patience in the premises, [we] soon relieved her of the milk, which was evidently giving her pain.”

In the 20th century, goats served a different purpose—as mascots. Goats continued to ride on U.S. Navy ships, but now served as pets and morale boosters rather than sources of food. The Navy’s first goat mascot, El Cid, was the pet aboard the cruiser New York (Armored Cruiser No. 2). In 1893, New York crew members brought El Cid to Annapolis for the Army-Navy game—which the Navy won. Midshipmen attributed the victory to the presence of the goat. From this point onward, the U.S. Naval Academy’s tradition of having a goat as a mascot was born. 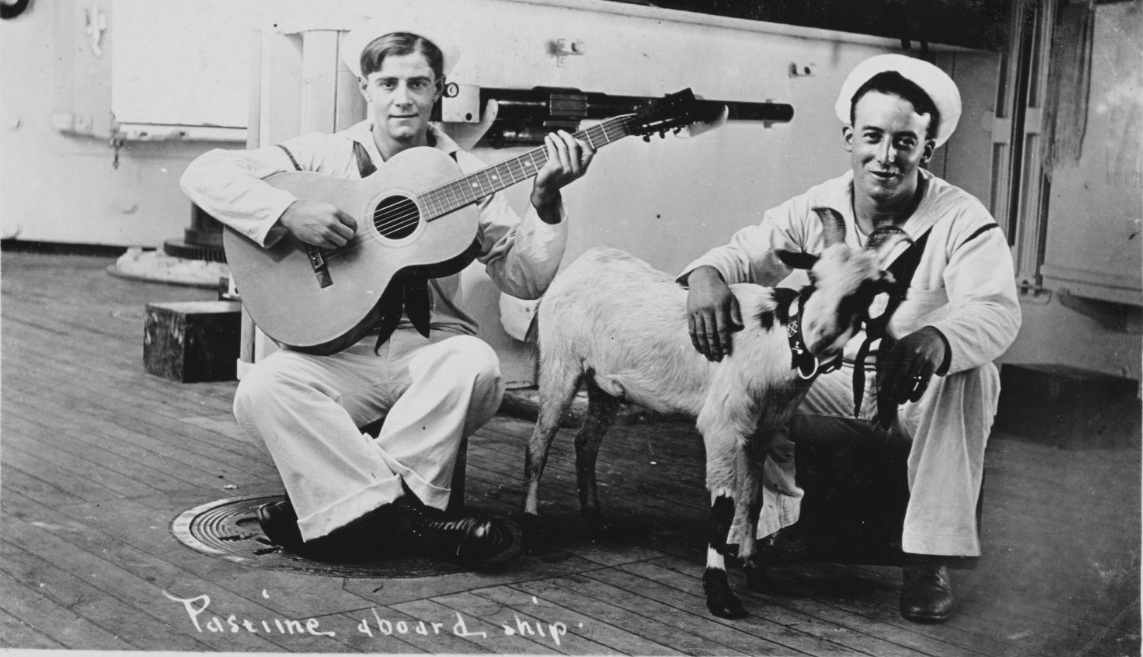 Sailors with guitar and goat. On board a U.S. Navy battleship, circa 1907–1908. This view may have been taken during the Great White Fleet World cruise. Collection of Chief Quartermaster John Harold (NH 106079). 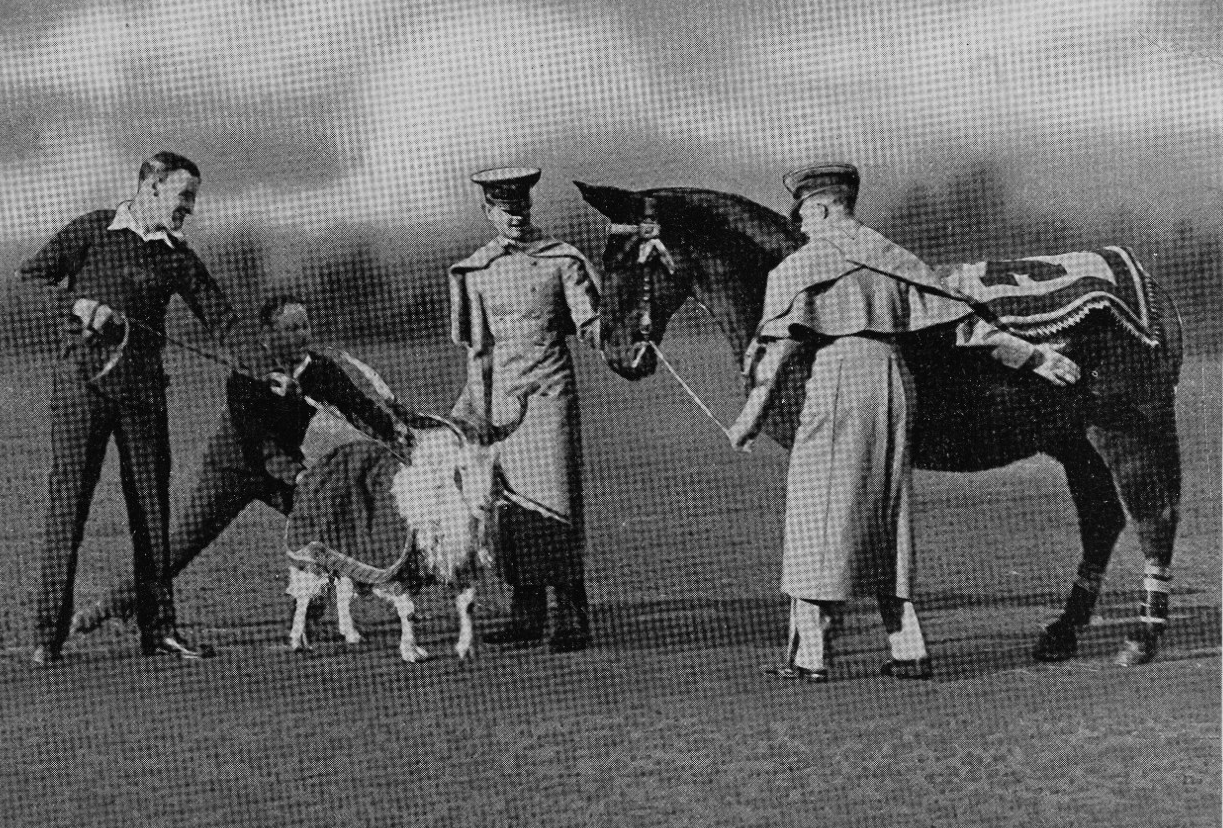 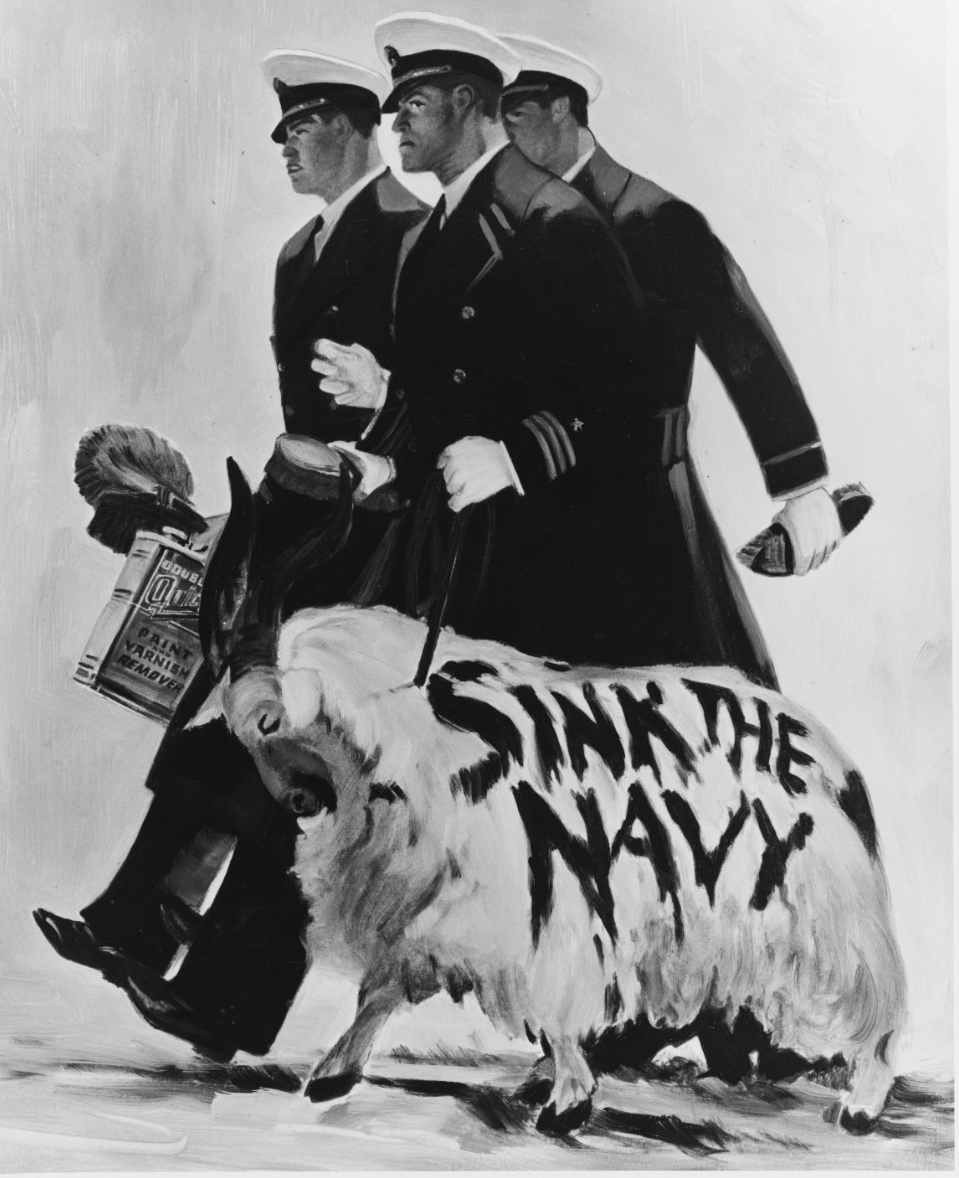