Bells have a centuries-long tradition of varied use in the navies and merchant fleets of the world. Signaling, keeping time, and sounding alarms are important in a ship's routine and readiness. Their functional and ceremonial uses have made them a symbol of considerable significance to the United States Navy. 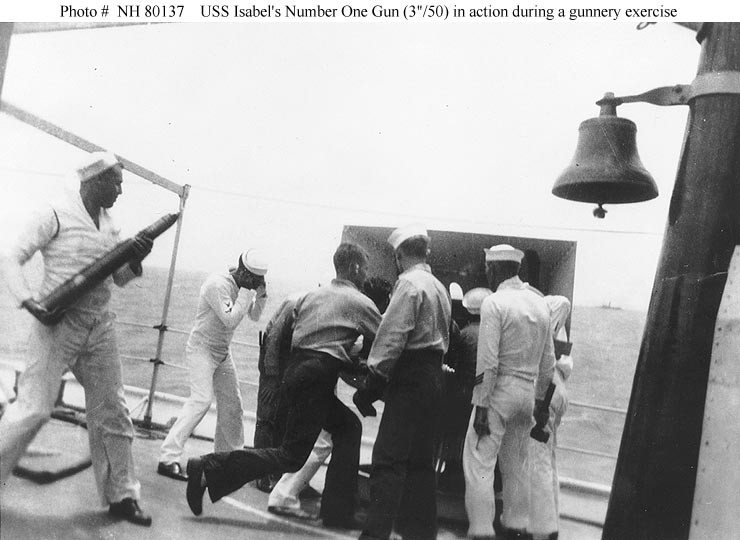 Bells cast from metal were first developed in the Bronze Age, achieving a particularly high level of sophistication in China. During the European Middle Ages, they were used by Christians to signal divine services and make special announcements. Christian and Buddhist monasteries historically used them to regulate daily activity, conceptually similar to later timekeeping in the U.S. Navy. The Catholics consider bells a representation of the voice of God and of paradise.

One of the earliest recorded mentions of the shipboard bell was on the British ship Grace Dieu about 1485. Some ten years later an inventory of the English ship Regent reveals that this ship carried two "wache bells".

Before the advent of the chronometer time at sea was measured by the trickle of sand through a half - hour glass. One of the ship's boys had the duty of watching the glass and turning it when the sand had run out. When he turned the glass, he struck the bell as a signal that he had performed this vital function. From this ringing of the bell as the glass was turned evolved the tradition of striking the bell once at the end of the first half hour of a four hour watch, twice after the first hour, etc., until eight bells marked the end of the four hour watch. The process was repeated for the succeeding watches. This age-old practice of sounding the bell on the hour and half hour has its place in the nuclear and missile oriented United States Navy at the dawn of the Twenty-First Century, regulating daily routine, just as it did on our historic vessels under sail in the late Eighteenth Century. 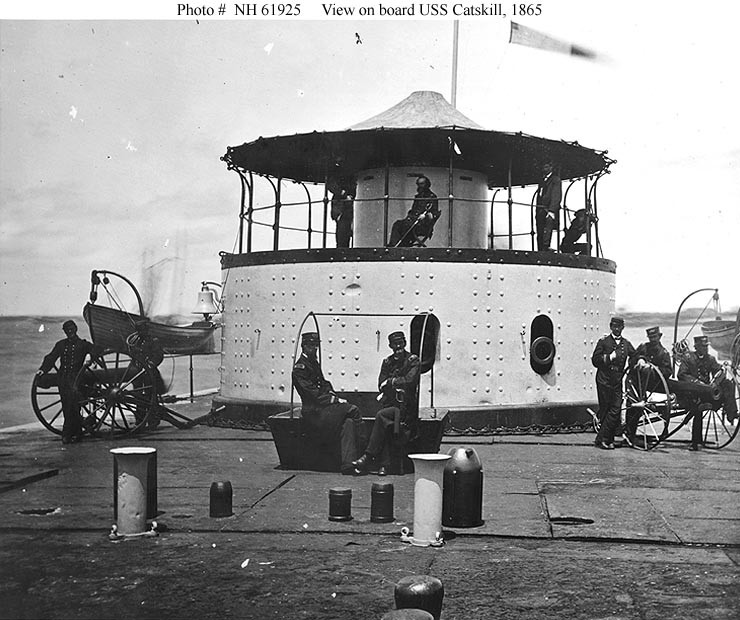 The sounding of a ship's bell found a natural application as a warning signal to other vessels in poor visibility and fog. In 1676 one Henry Teonage serving as a chaplain in the British Mediterranean Fleet recorded , "so great a fog that we were fain to ring our bells, beat drums, and fire muskets often to keep us from falling foul one upon another". Ringing a ship's bell in fog became customary. In 1858, British Naval Regulations made it mandatory in that function. Today, maritime law requires all ships to carry an efficient bell.

American ships of the Revolutionary War period and our early national years adopted many of the practices and traditions of the British Royal Navy, including the use of bells. In 1798, Paul Revere cast a bell weighing 242 pounds for the frigate Constitution, also known today by its nickname "Old Ironsides".

It is of interest to note that the use of a ship's bell contributed to the richest single prize captured by the American Navy during the War of Independence. While a Continental Squadron under Commodore Whipple lay-to, wrapped in Newfoundland fog in a July morning in 1779, the sound of ships' bells and an occasional signal gun could be heard a short distance off. When the fog lifted the Americans discovered that they had fallen in with the richly-laden enemy Jamaica Fleet. Ten ships were captured as prizes, which - together with their cargo - were valued at more than a million dollars. 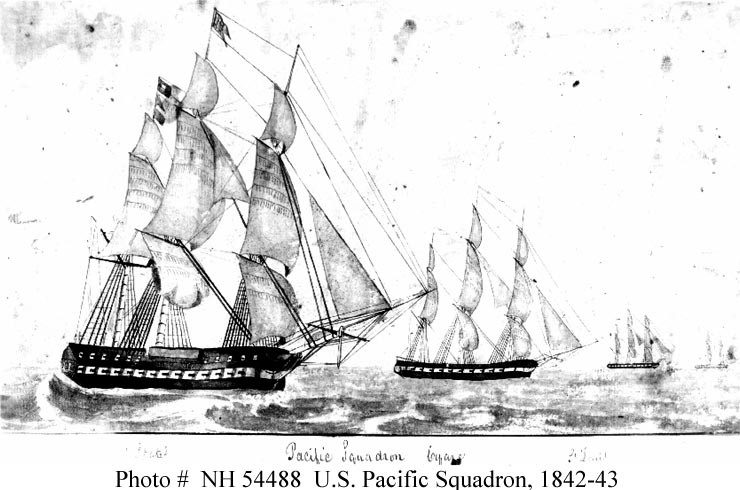 The bell is an essential link in a ship's emergency alarm system. In the event of a fire, the bell is rung rapidly for at least five seconds, followed by one, two or three rings to indicate the location of a fire - Forward, amidships, or aft respectively. 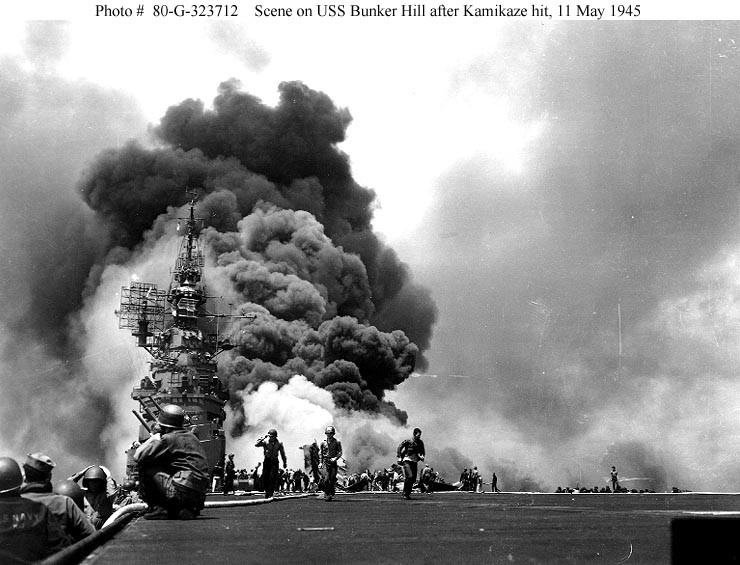 The bell is used to signal the presence of important persons. When the ship's captain, a flag officer, or other important person arrives or departs, watch standers make an announcement to the ship and ring the bell. This tradition extends to major naval command transitions, often held aboard vessels associated with the command. 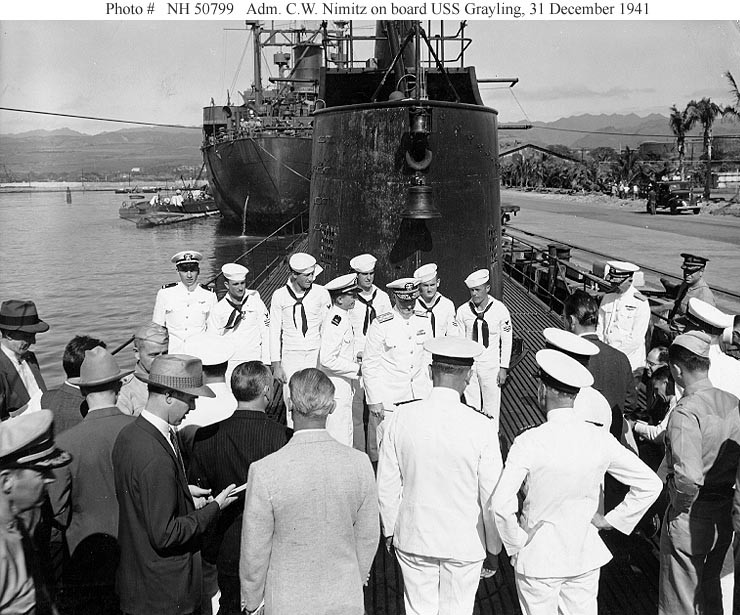 The bell's connection to religious origins continues. Originating in the British Royal Navy, it is a custom to baptize a child under the ship's bell; sometimes the bell is used as a christening bowl, filled with water for the ceremony. Once the baptism is completed, the child's name may be inscribed inside the bell. The bell remains with the ship while in service and with the Department of the Navy after decommissioning. In this way, an invisible tie is created between the country, the ship and its citizens. 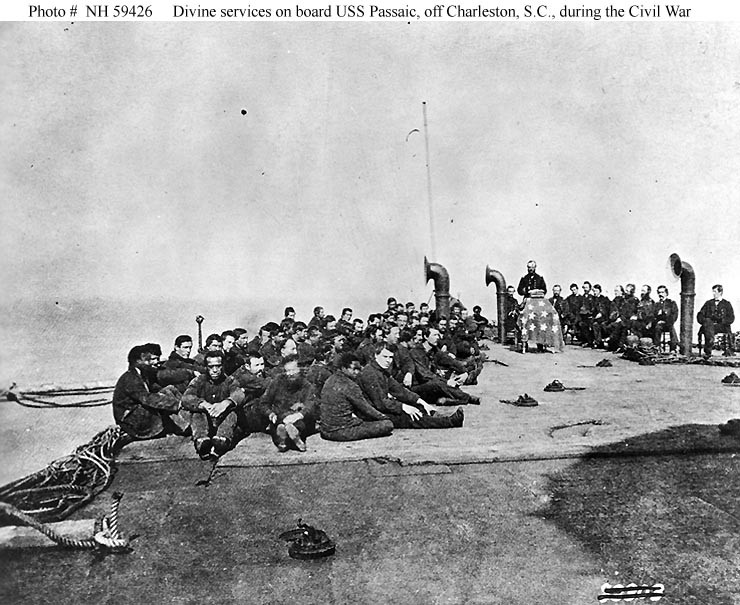 Bells have been loaned or provided to churches as memorials to those vessels; this practice has been discontinued in favor of displaying bells with namesake states or municipalities, with museums, and with naval commands and newer namesake vessels.

In actual practice, the bell is maintained by a person of the ship's division charged with the upkeep of that part of the ship where the bell is located. In such a case a deck seaman or quartermaster striker or signalman striker may have the bell-shining duty. 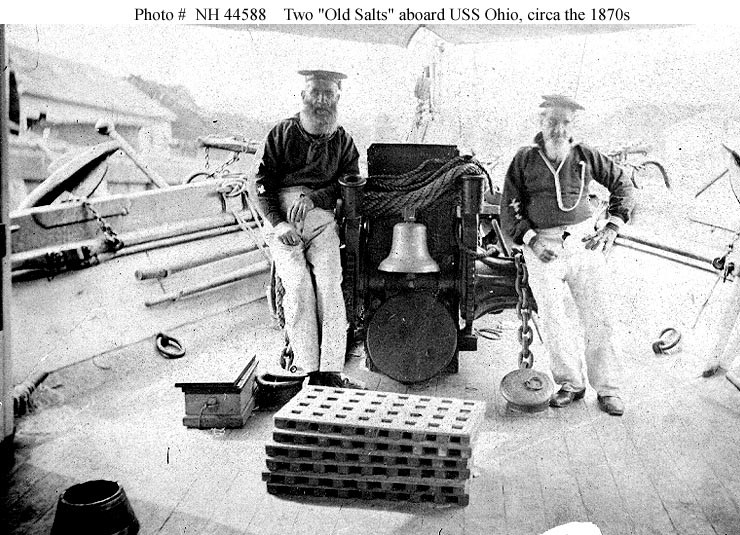 Disposition and continuing Navy use

In addition to its shipboard roles, the bell serves a ceremonial and memorial function after the ship has served its Navy career.

U.S. Navy bells are part of the many artifacts removed from decommissioned vessels preserved by the Naval History and Heritage Command. They may be provided on loan to new namesake ships; naval commands with an historical mission or functional connection; and to museums and other institutions that are interpreting specific historical themes and displays of naval history. Bells remain the permanent property of the US Government and the Department of the Navy. These serve to inspire and to remind our naval forces and personnel of their honor, courage, and commitment to the defense of our nation. 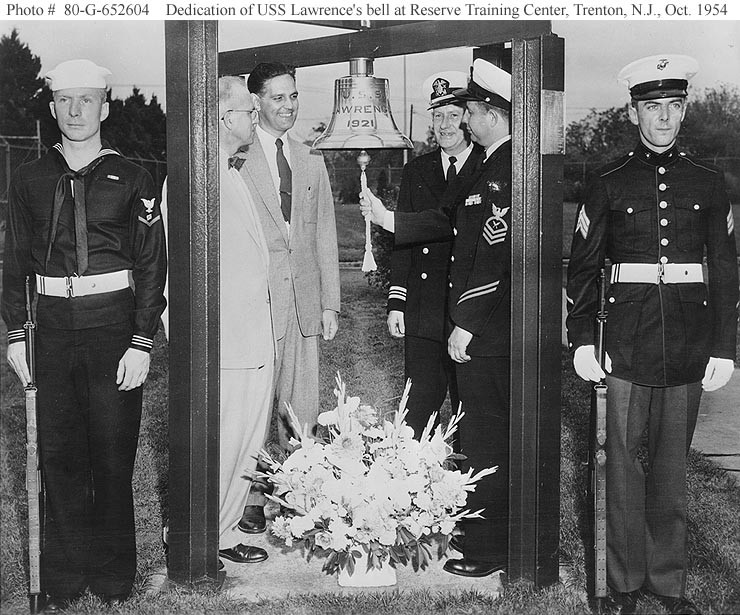 Bells remain a powerful and tangible reminder of the history, heritage, and accomplishments of the naval service.